Day 2 on the Whanganui River! During diner yesterday we discussed that our aim for today would be to reach Tieke Campsite, some 40k further down the river. At Tieke there would be some local Maoris who would then do a local welcoming ceremony and there were a few in the group who were really looking forward to that. In order to be able to reach that campsite we all agreed to leave at 0900. However 0900 actually became 1100 🙂 And after leaving, the pace was so low that it took 3 hours to finish the first 10k. By then the ambition to reach the Tieke campsite was still there, but first we took a long break 🙂

I’m absolutely not complaining 🙂 I’m only on this river because the group allowed me to join and they’ve been very kind to me 🙂 They actually make me feel rather good, showing that life doesn’t always have to be in the fast lane and that it’s not a problem to undershoot your targets. Relaxing and having fun is important as well 🙂

This morning I shared a canoe with Ciska. She took the back and I took the front, meaning she had to steer the thing. She had never done that before so we went everywhere except in the right direction. It made me think about the project I worked on for the last 8 months. I kept my patience though. However after 10k the fucking about on the water became a bit frustrating.

So after our break at 10k I joined up with Agnes from France. She took the front and I took the back, and I was back in my sweet spot of cruising currents 🙂 It just shows what an effect a proper navigator can have on quality. Would be great if some other people could appreciate that as well 🙂 Anywayzzz, moving away again from the frustrated me 🙂

So we obviously didn’t made the 40k but decided to stop at a campsite at 30k. Agnes and me were ahead and stopped at a landing and started unpacking our stuff from the canoe, which was quite an ordeal because the rocks were quite slippery. The others arrived not long after that and unpacked their stuff too. After unpacking everything we started to walk our stuff up the hill, just to find that there was no campsite 😦

We checked maps and it turned out the actual campsite was another 200m down river, on the other side of the river 😦 Ok so even I screw up now and then. At least it puts me back down to earth 🙂

So everybody cursed a bit but then put themselves to work and we packed all our stuff up again. To make things worse it had also started to rain by then. For these last 200m Agnes took the back seat and  we were just spinning around again, just like this morning. So even before reaching the end of the 200 meter we switched spots again 🙂 Instead of undershooting our landingspot the group had now overshot their landingspot by 200 meters, meaning we had to walk our stuff back along a steep grassy slippery river bank. Again the group put itself to work and did what needed to be done!

By the time we had put up our tents it was 830. We had food and then everybody just went to sleep. I felt I had quite an easy day, although my arms and shoulders got quite sore towards the end and I actually got a blister from paddling 🙂 The others just seemed totally knackered though 🙂

Tomorrow is another 30k to Pipiriki. As long as I can make it there tomorrow I’m happy, which all seems very achievable and which the group also seems to accommodate 🙂

And the river is just beautiful! It’s quite impressive how we’ve now been on it for 60k without coming across another person, houses, farmland, docks, or even power-lines or telephone cables. And no cell reception all along the way 🙂 I think it’s great! We don’t have that back home! 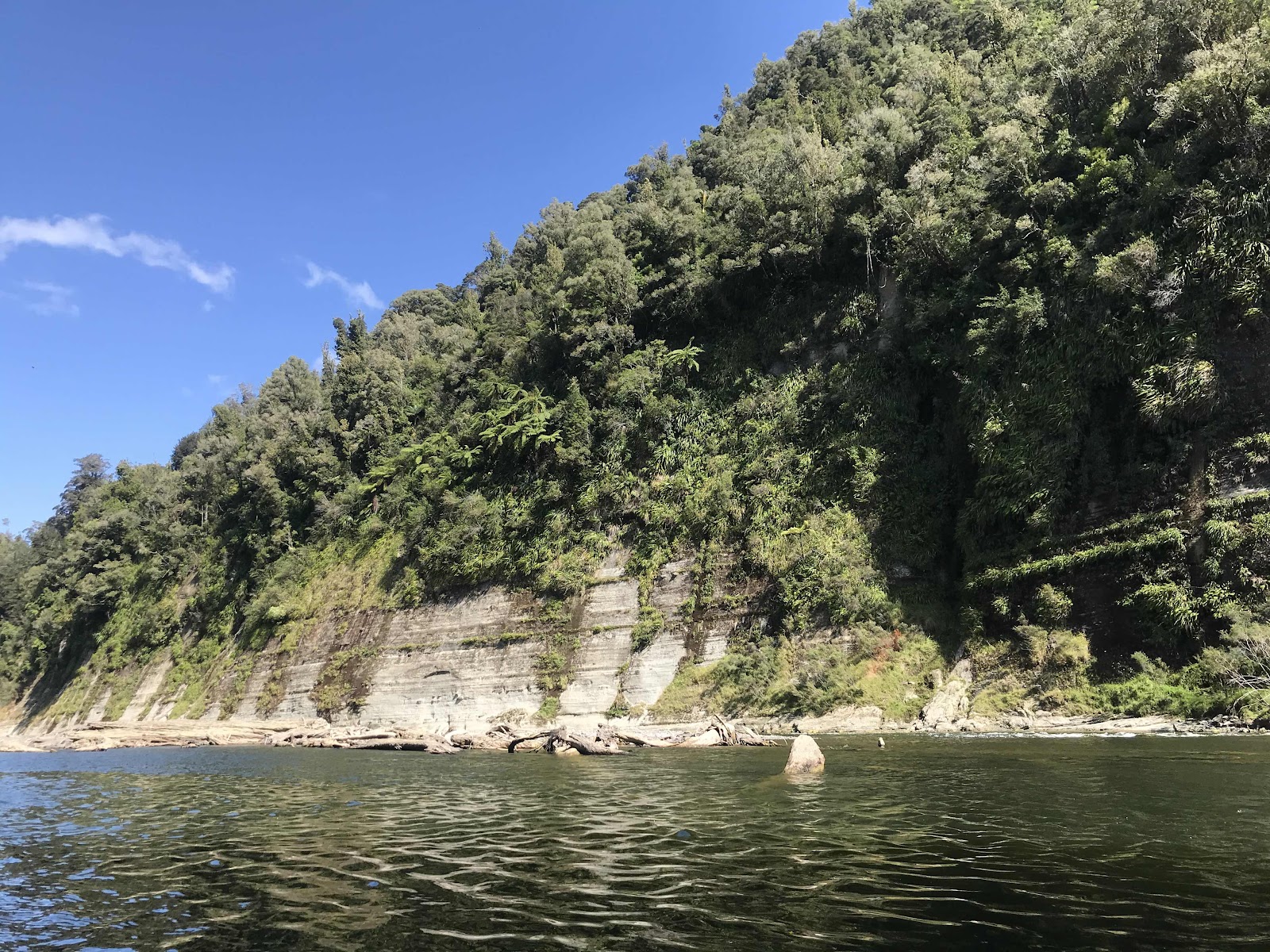 The river is much the same. Slowly it becomes wider though. Just being out here is already pretty great! 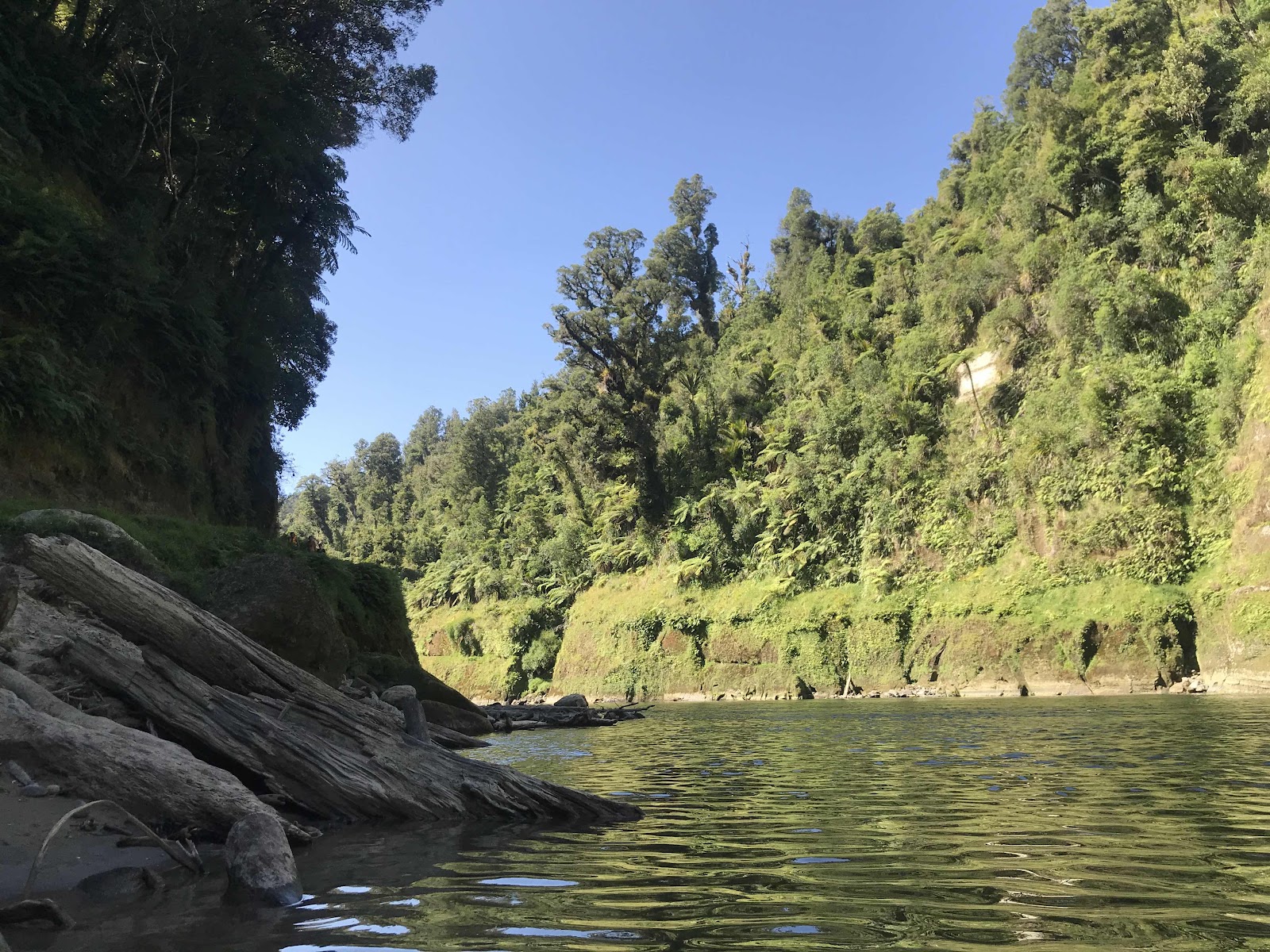 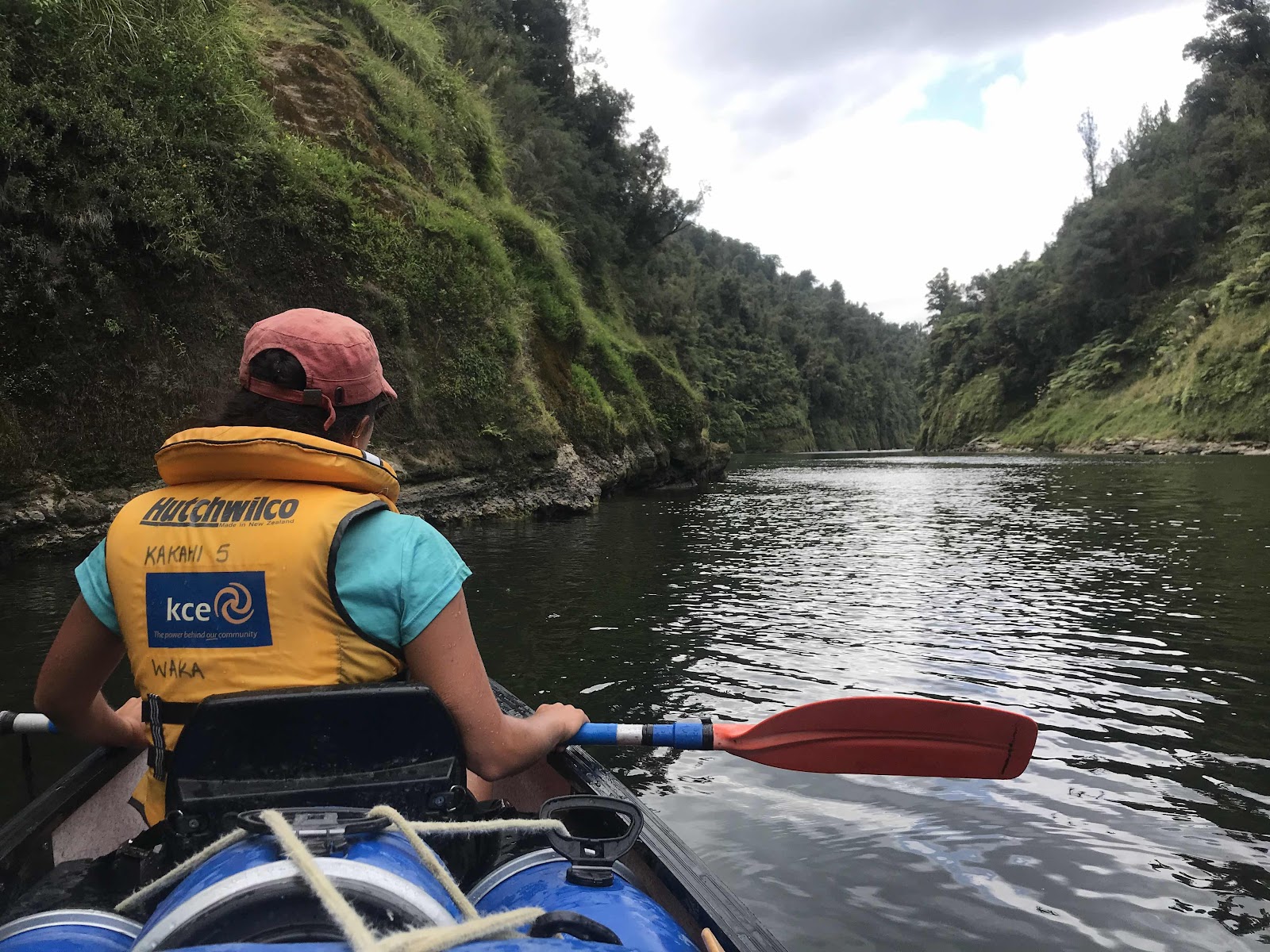 Agnes on the Canoe 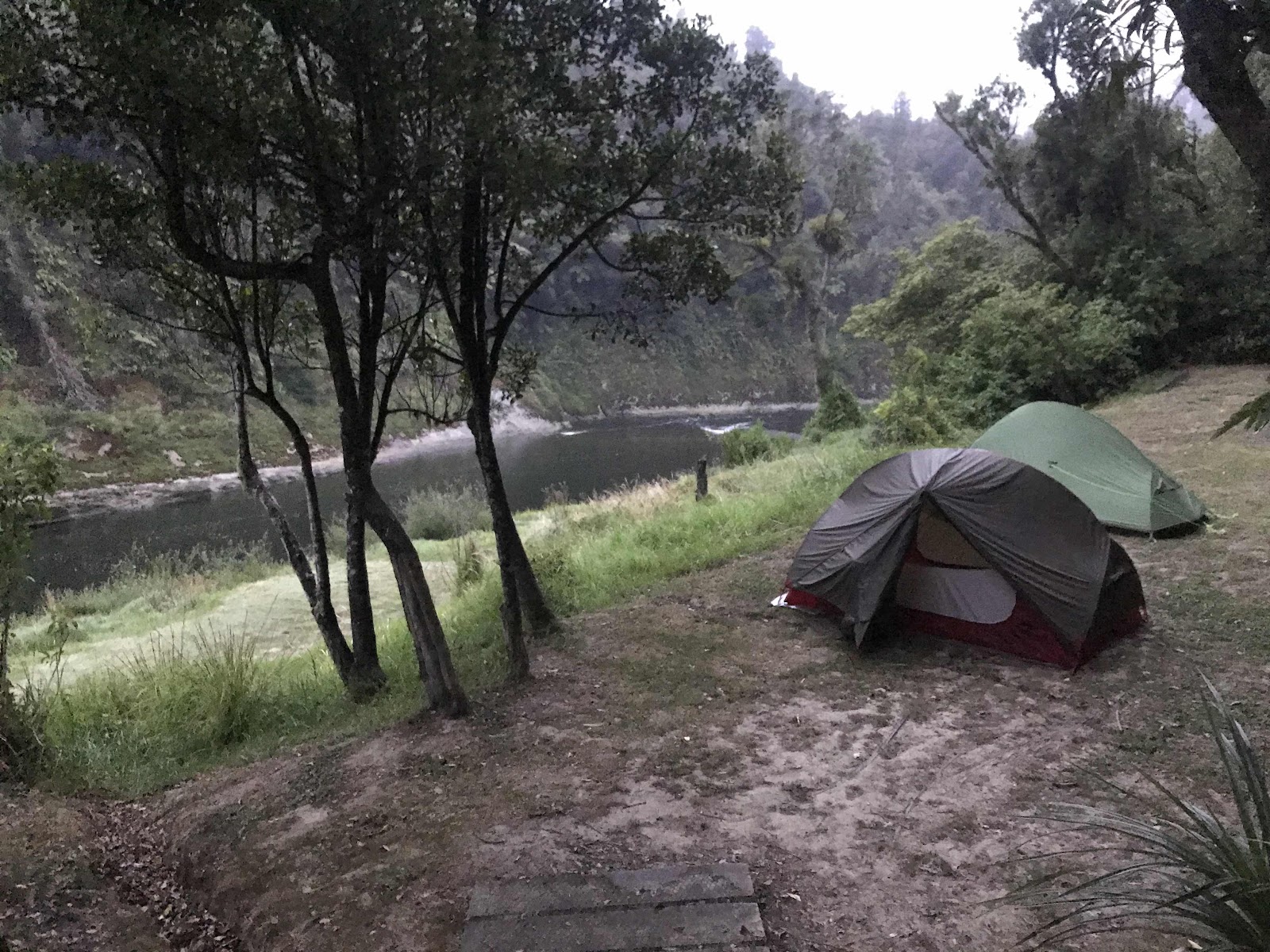 Pretty cool campsites along the way!