I woke up quite sore this morning. After diner yesterday I figured I’d lay down for a bit and read my book. I managed about 1 page and then fell asleep. That must have been around 800. I woke up from my alarm at 600, meaning I slept 10 hours! Quite amazing how every bit in your body can hurt after a day like yesterday. But as there were absolutely no facilities at the campsite, I had to move on anyway. So up I got…

So I’m following a described route which is called the tour Aotearoa, or tour of New Zealand, which runs from the most northern tip and runs all the way to the most southern tip. Obviously – for time related reasons – i started in Auckland and hope to end in Queenstown. I did build in some additional detours though: along Napier on the north Island and following the Rainbow Track on the south Island.
Formally the Tour Aotearoa is a bikepacking tour. I found out that bikepacking is not just the difference in gear and bags, but that it’s also a completely different way of riding. I’m quite a lazy cyclist, loving smooth tar and low gradients. Bikepackers apparently take all hills and poor bits of roads that they can find. It does take you away from the busy roads though. And it also brings you to very nice places. Unfortunately I planned my trip as a bike touring trip, so daily distances and terrain don’t quite match. No worries! I’m on holiday. And i’m in New Zealand so there is lots of stuff to do 🙂
So today I finished the timber trail, which was as amazing as yesterday. After arriving at Ongarue at the end of the trail I’d hoped to find some food and drinks, but it was not meant to be. So I took another 28k to Taumarunui. These last 28k were a perfect example of bikepacking vs bike touring: the route took me over a gravel road that kept on going up and down, while on the other side of the river there was a sealed road that simply followed the river. And rivers don’t flow uphill (at least that’s something a river engineer tried to teach me over the last few months). On my road there was no traffic though…
So my next goal is to reach Pipiriki. There is quite an impressive river trail that leads there, but it’s a bikepacking trail and the booklet advices against going there with a heavily loaded touring bike. The alternative for getting to Pipiriki is by following the main roads, but these are not as beautiful as the trail and they have a lot of traffic on them. However, the other day Katy planted a seed in my brain regarding another alternative, which is to take all my stuff down the river in a canoe. Once I got cell coverage again I looked into this, but the shortest canoe trip would take 5 days and I would be dependent on any other groups who would allow me to join them. That didn’t seem very feasible to, so I’d already settled on the 105k 1700 meters of climbing highway alternative.
So around 1530 i reached Taumarunui holiday park and asked at the reception if I could sleep there. That was all oke and we started talking about where I came from and where I was going to. And during that conversation I mentioned that I found that it was all pretty tough. The owner of the campsite then said that there were also people doing that trail by canoe and that a group was leaving tomorrow morning and that they would just take three days and that I could join if I wanted to! How’s that for Kharma!
So as of tomorrow I’ll be canoeing down the Whanganui river for three days. I think the body can do with some rest. And it’s better than just cycling down a highway while this beautiful river is right there. It does put me behind one day. Luckily I can solve this by cutting out the Napier loop, which was becoming more and more infeasible anyway. So i’m quite happy 🙂 it’s all part of the adventure! Updates again in 3 or 4 days! I’ll be out of reach! 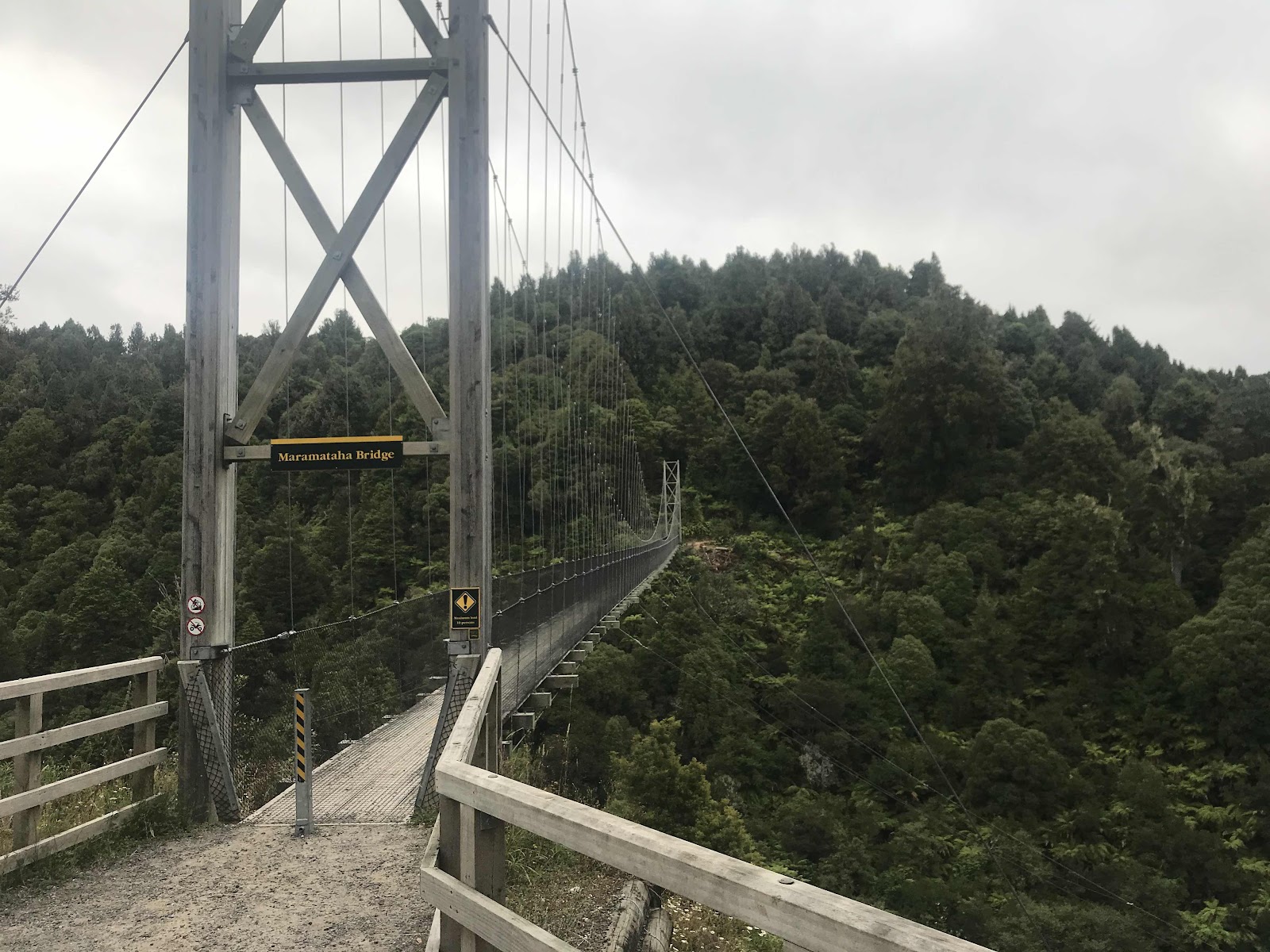 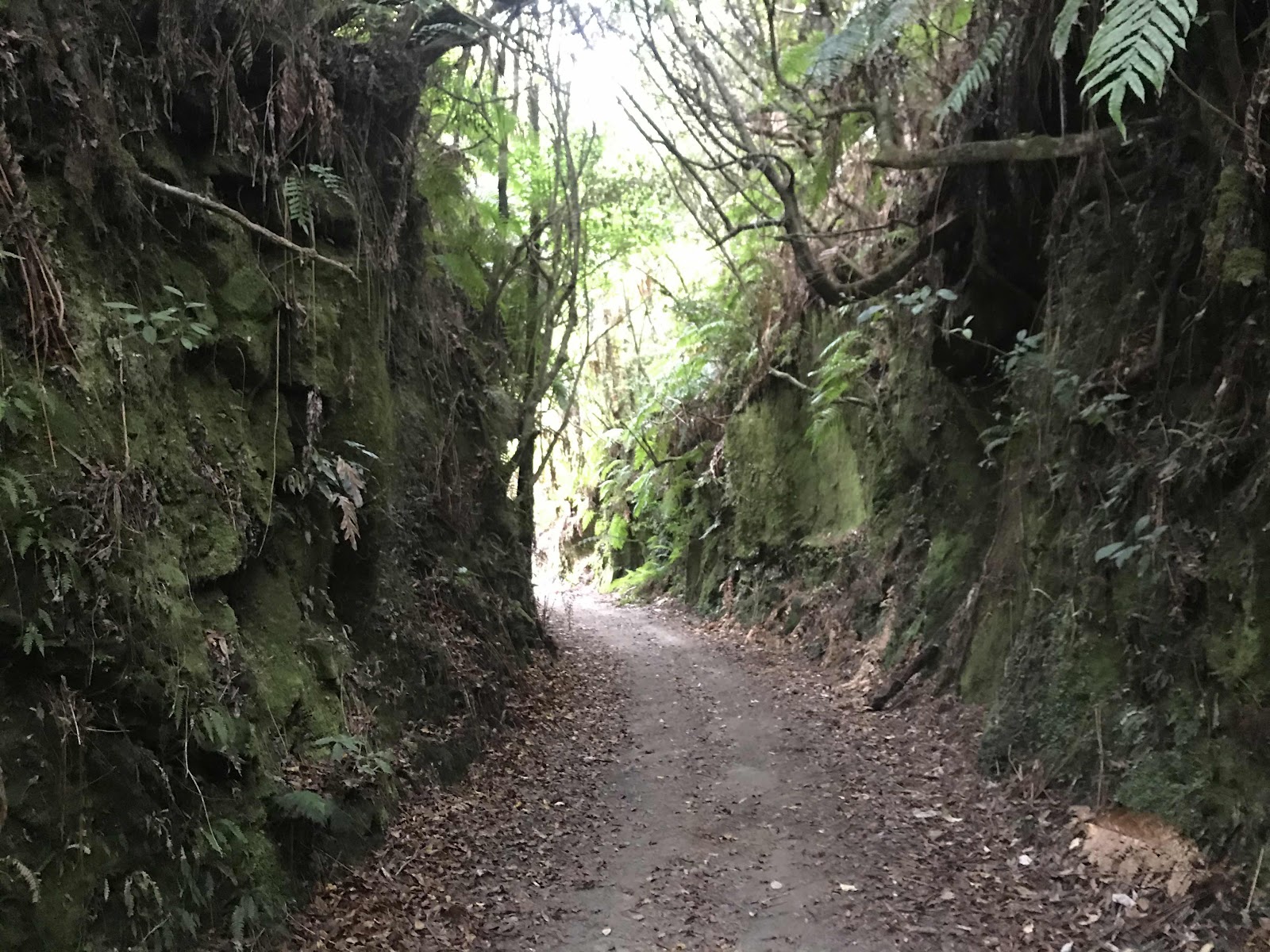 I liked it a lot! Great experience! 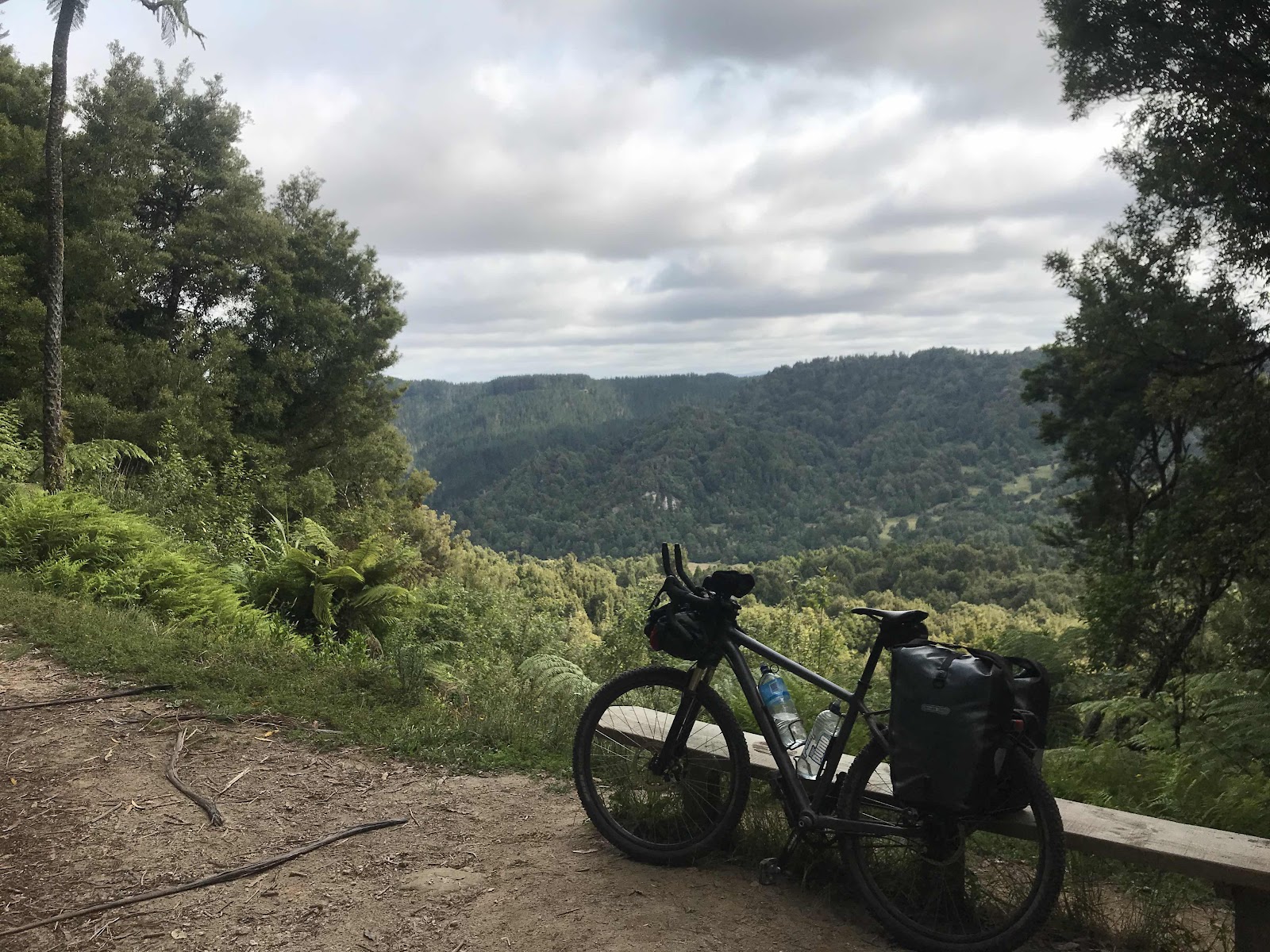 The bike likes the dirt as well 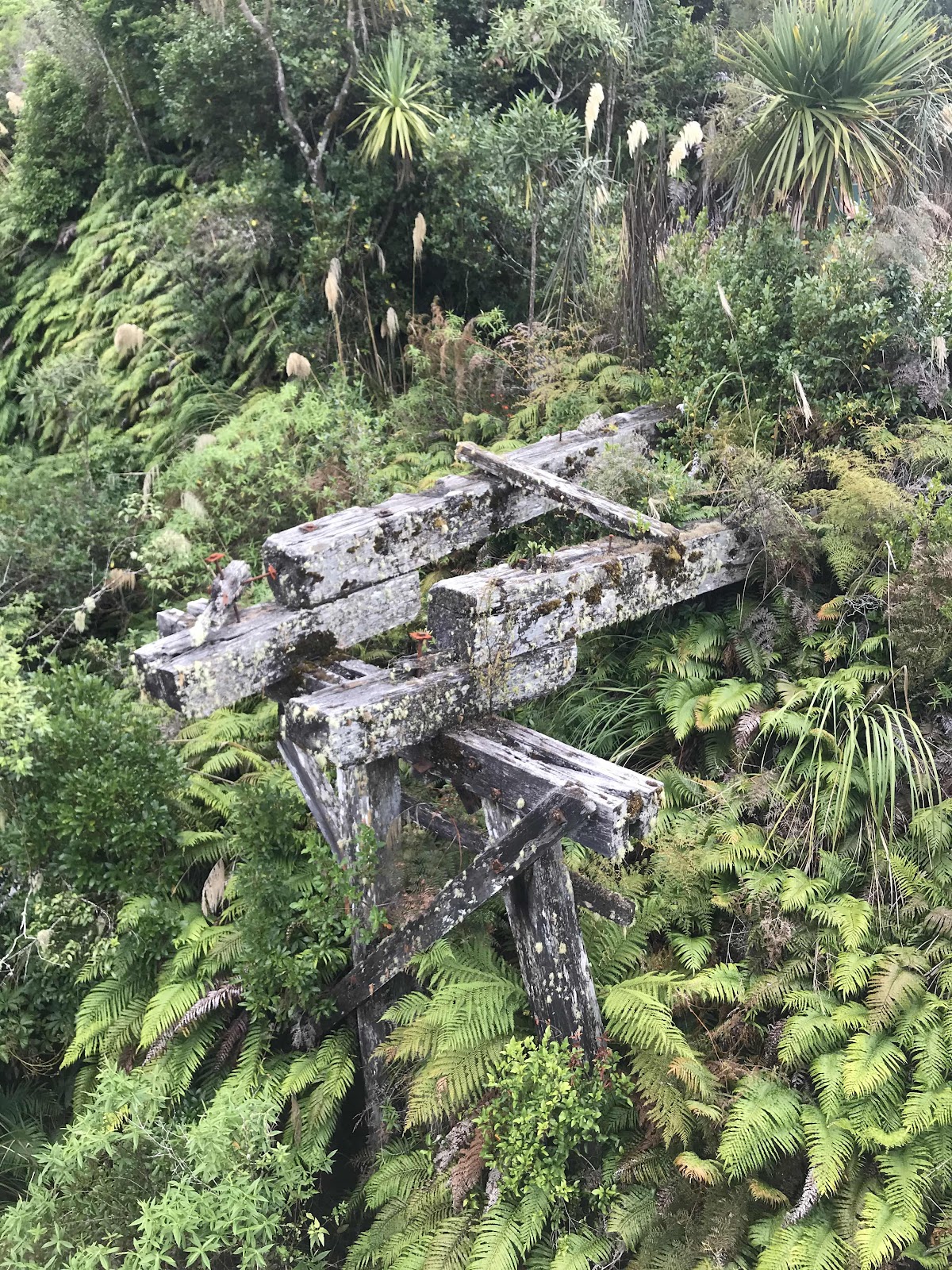 Remains of the old bridge! Nature claims what’s hers 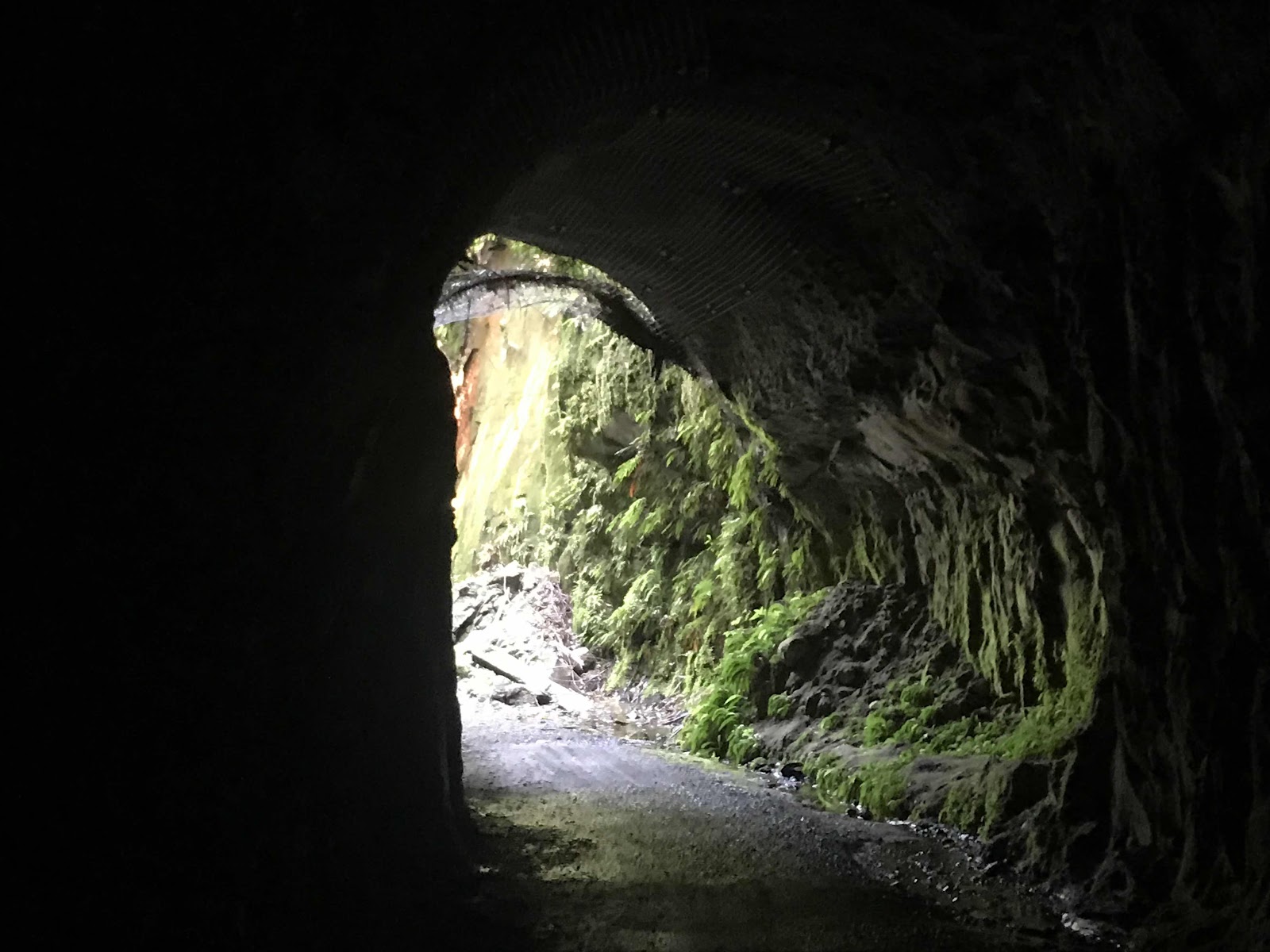 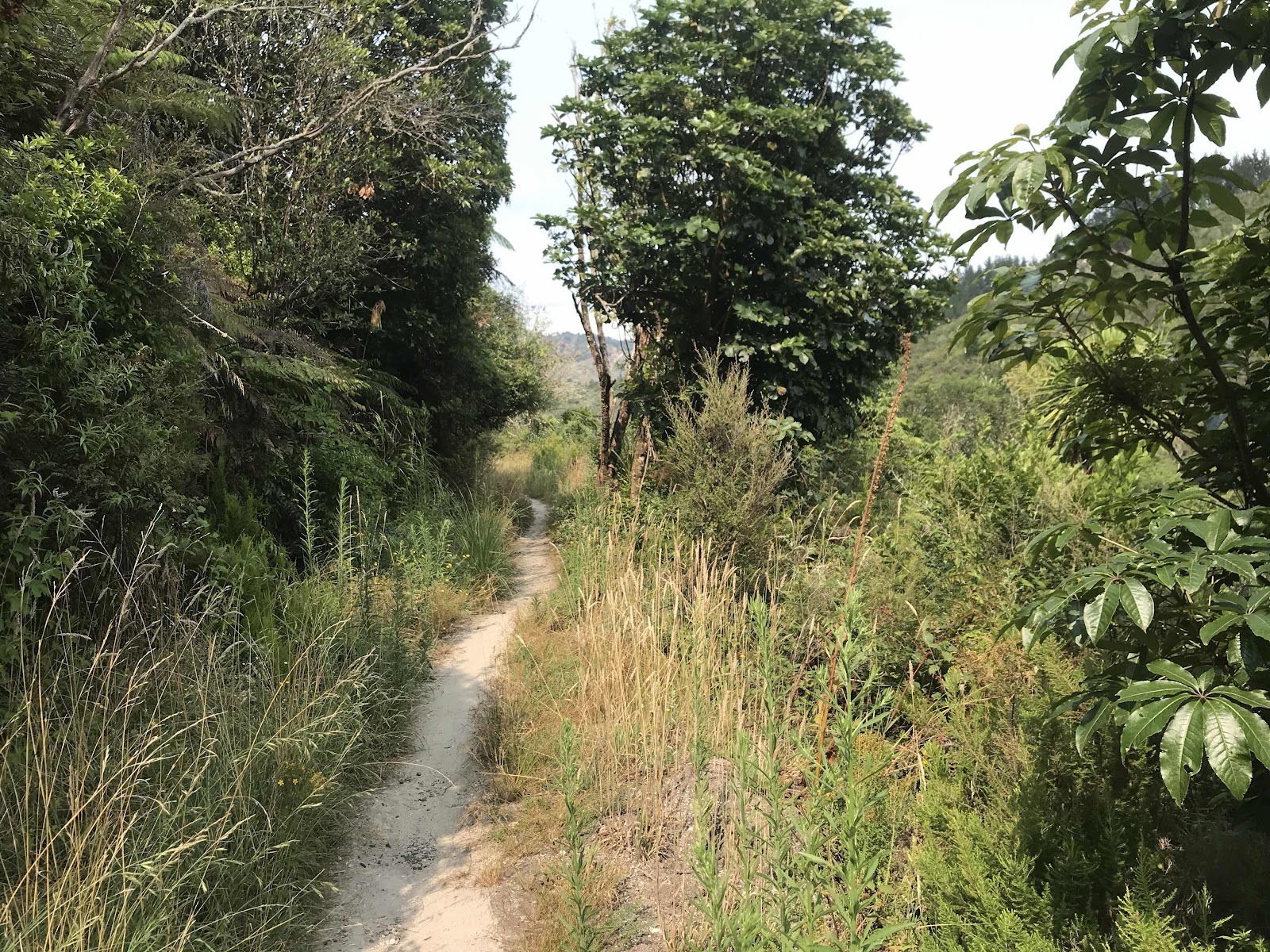 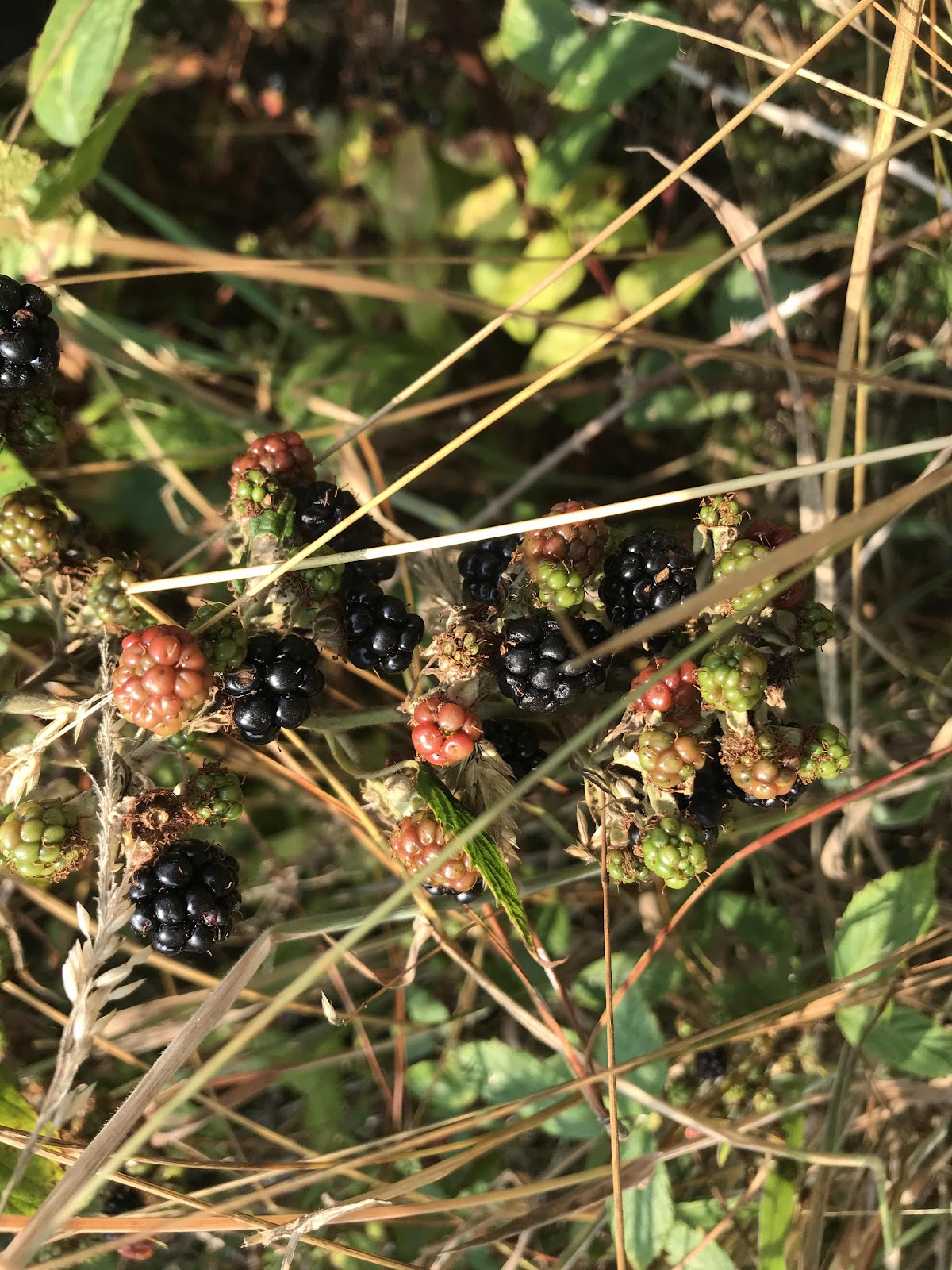 Lots of blackberries along the road! Also other berries but i didn’t dare eat any of those…