Day3 on the river. And the last day. Our aim is to make it to Pipiriki today, from where the road will be join up with the river again. My bike will be waiting there for me and I’ll continue cycling. The others will continue for another three days on the river, all the way to the coast.

We started late and slow again, just like yesterday. After 10k we came across the lodge to nowhere. We docked our canoes, climbed the hill and checked out wether we could get any food there. Immediately we stumbled upon this group of fat German tourists with their insanely big cameras. Food was a ripoff, at 25$ per head for a half eaten buffet, so we skipped that. We did buy a round of beers though, and views over the river were pretty nice.

The lodge also operates these jet boats, which do our 1 day canoe trip in about an hour. Their operators are crazy though. Andre and Agnes had to paddle for their lives to get away from the first one we came across. So much for remoteness…

By 3 we only had done 15k of the 30k to Pipiriki. Progress was slow because the group was slow, but also because the river was slow. There was little flow and unlike yesterday barely any rapids. By 530 we had another 8k to go and I was a bit afraid that they would decide to set up camp there and miss Pipiriki, but they pushed through 🙂

During those last 8k we had some more long flat stretches with headwind. We also had some big rapids, the biggest we had so far. Andre and Agnes tumbled over at one of them. They were oke, but we had to recover some loose stuff and empty out the canoe. Luckily all the barrels carrying our stuff were tied up properly.

In the end we made it to camp at 830. Camp was on a high hill so Agnes, Ciska and Jonno went to check it out before we started unloading everything again. They hitched a ride back with Fiona, who had been waiting for us there and who had also brought my bike 🙂

It had been a long day and everybody was clearly tired. On the other hand, the group is already some 20k behind their original schedule, so probably it’s a good thing I was there to push them to make it to Pipiriki today 🙂 In any case I very much appreciate that they pushed through 🙂 I also very much appreciate how they welcomed me into their group!

And that’s how the river adventure ends! Tomorrow I ride again! Hopefully the legs got a bit of a rest. I must say that I had expected these three days to be rest days, but canoeing 90k down a river is proper exercise as well 🙂

Quite a decent spot to wake up again 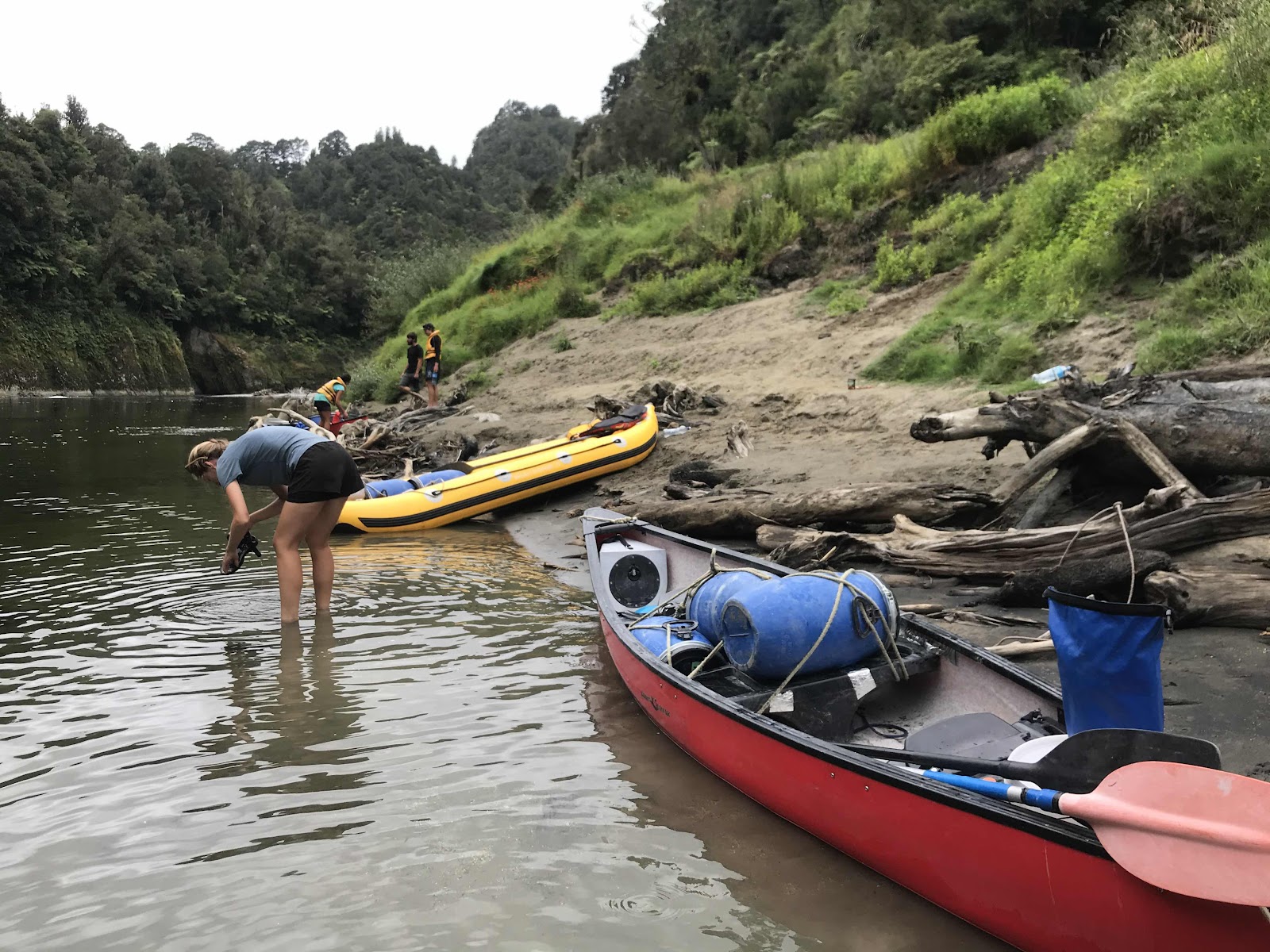 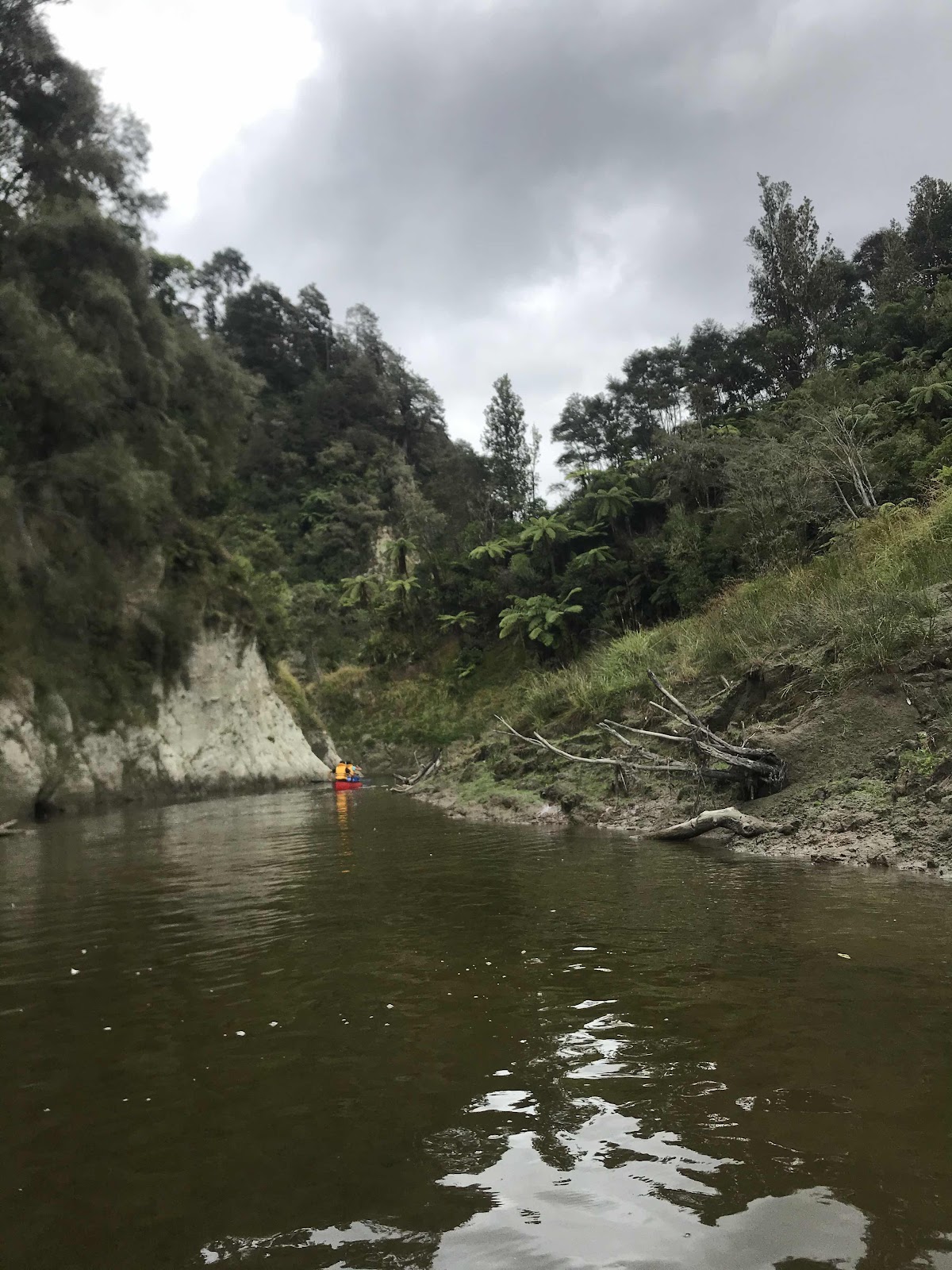 And back on the river 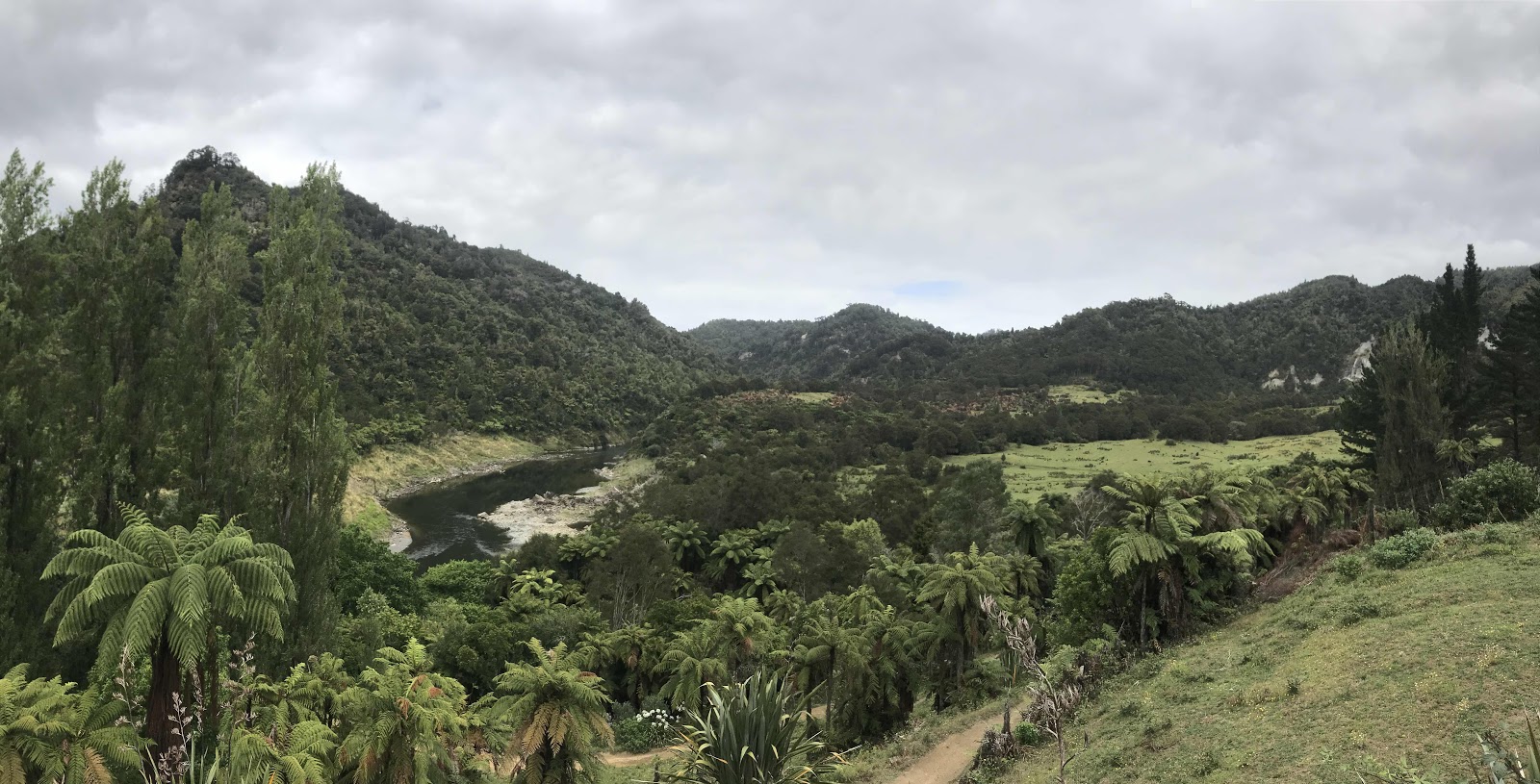 Pretty decent views from the lodge 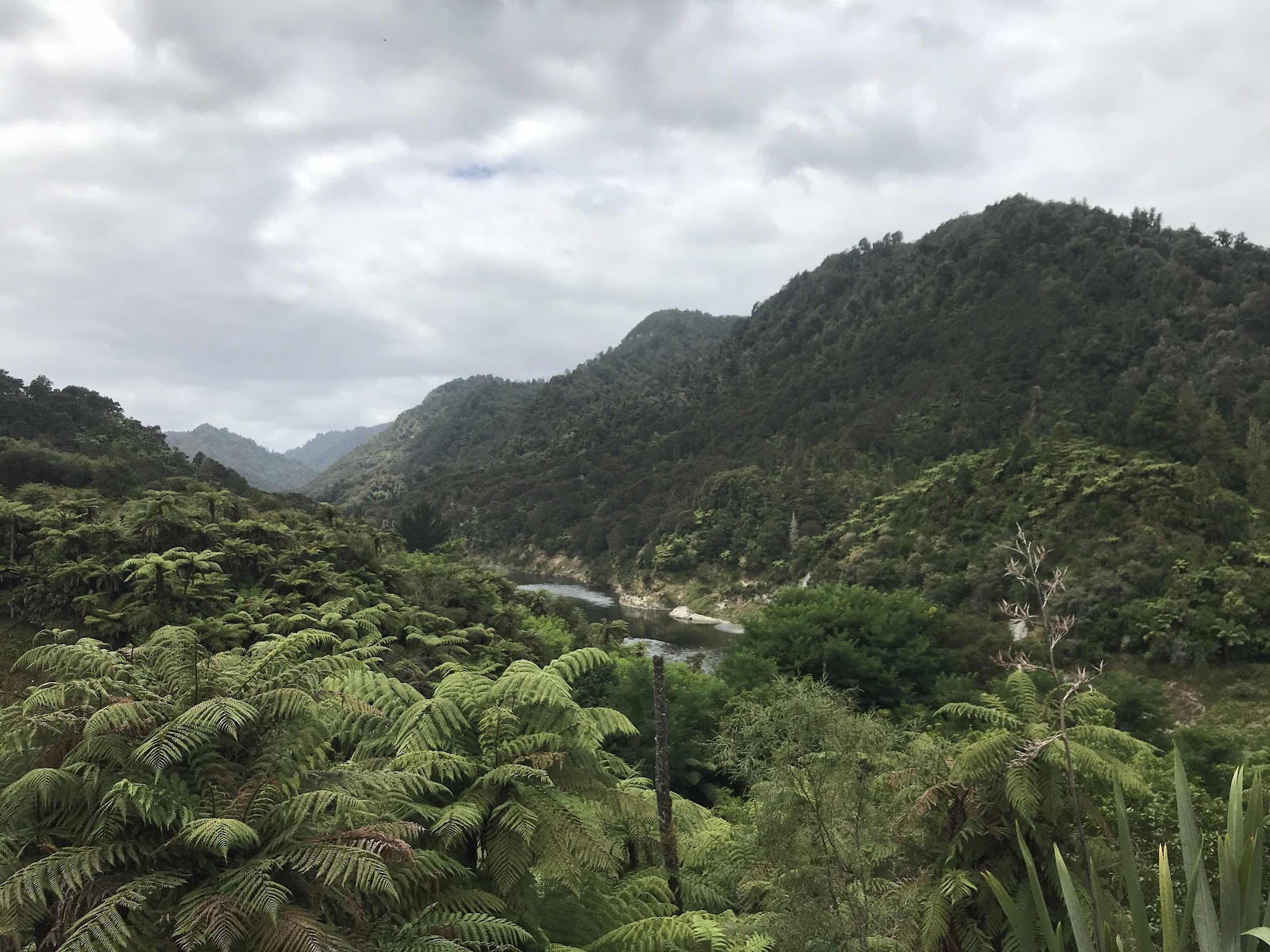 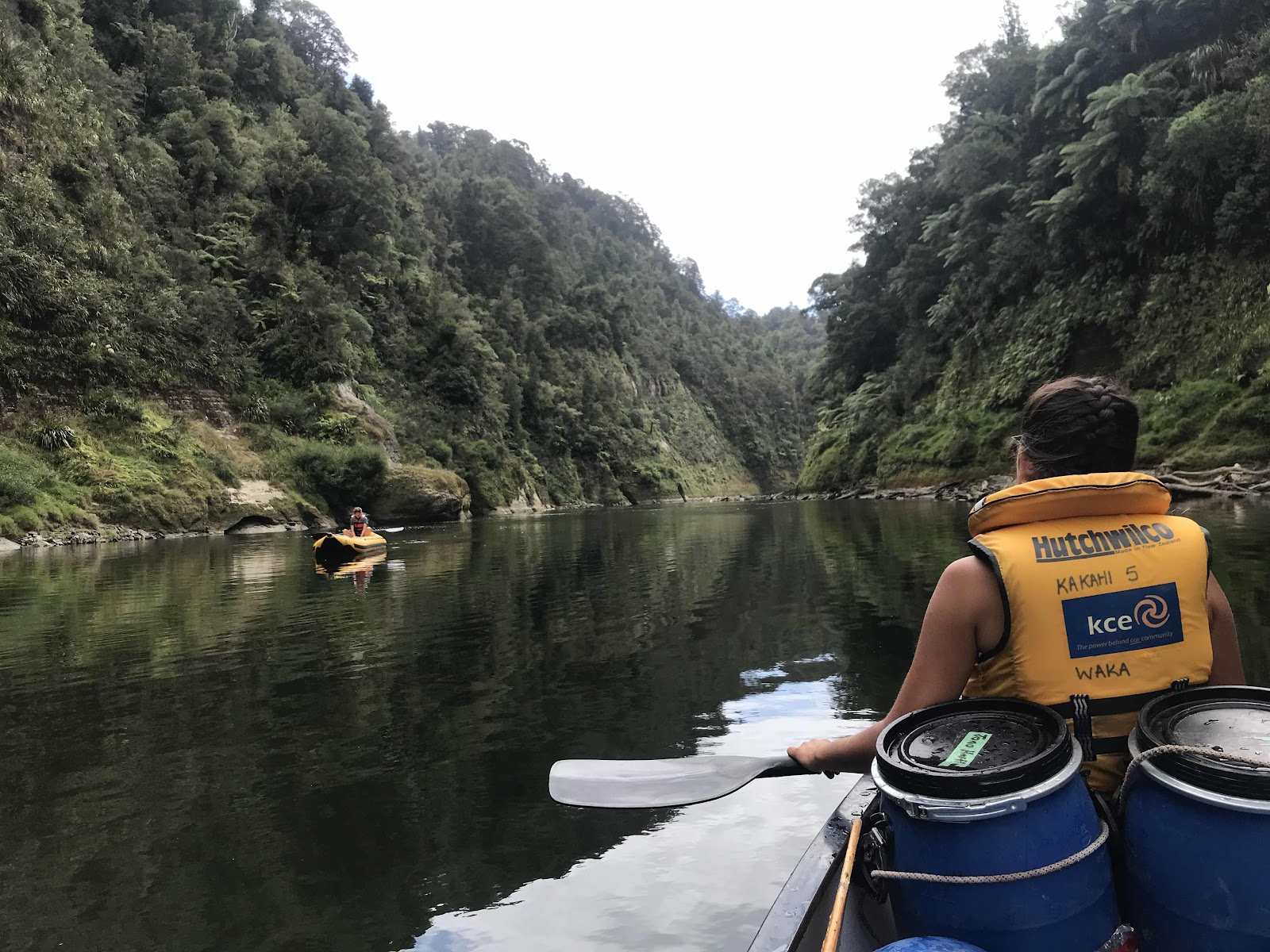 And back on the river again 🙂 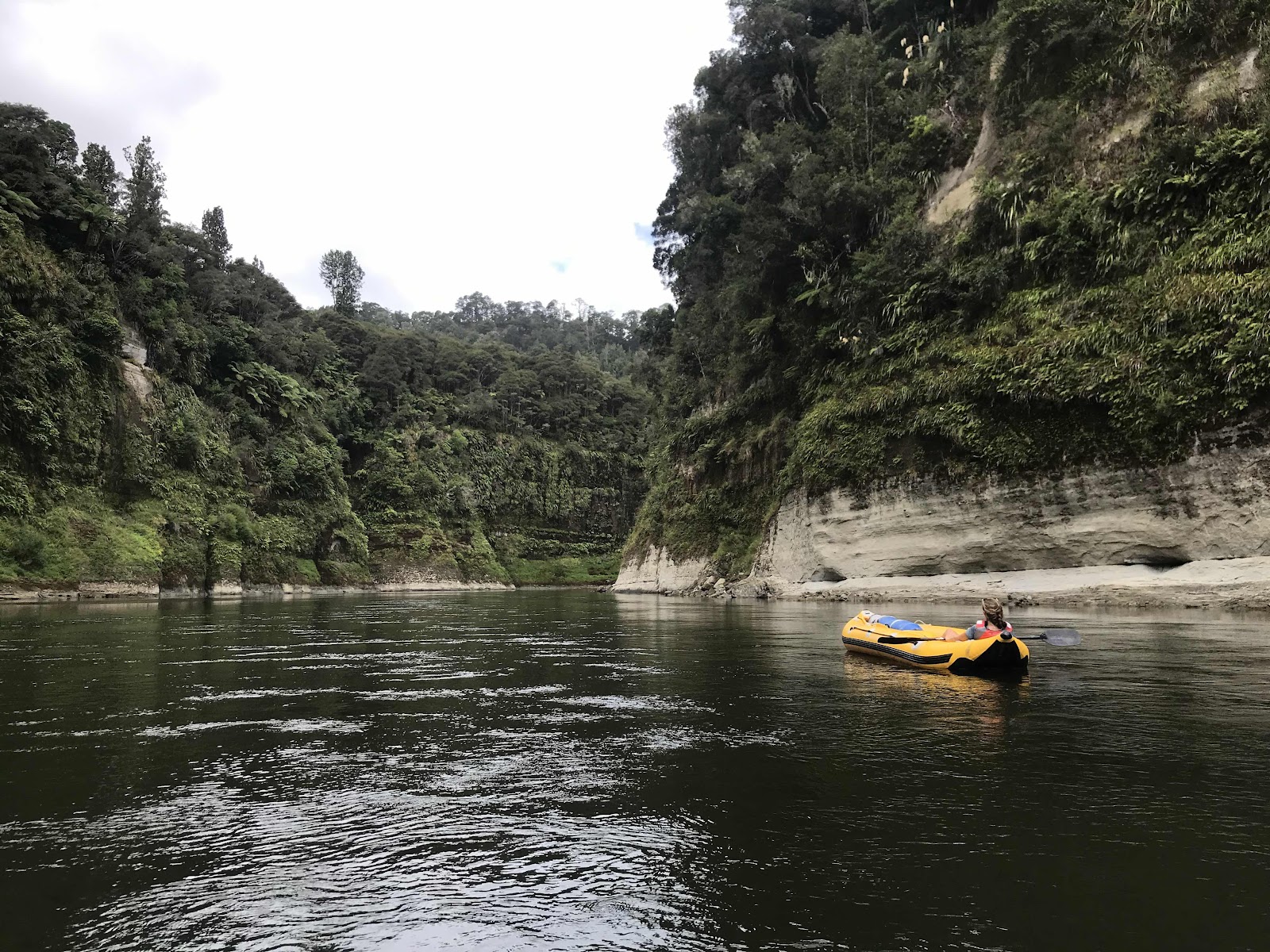 Enjoying the few currents there 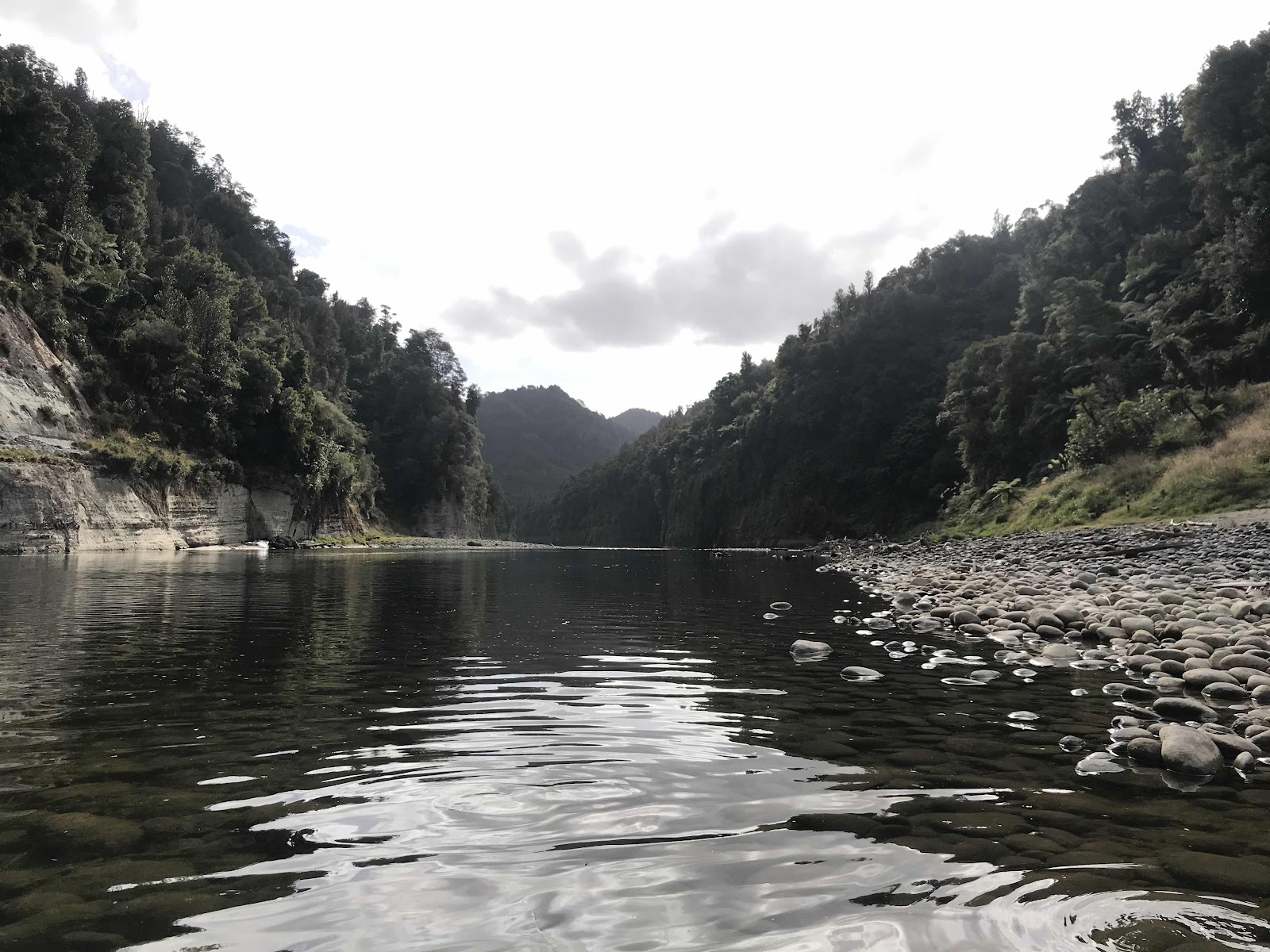 Its a spectacular river though 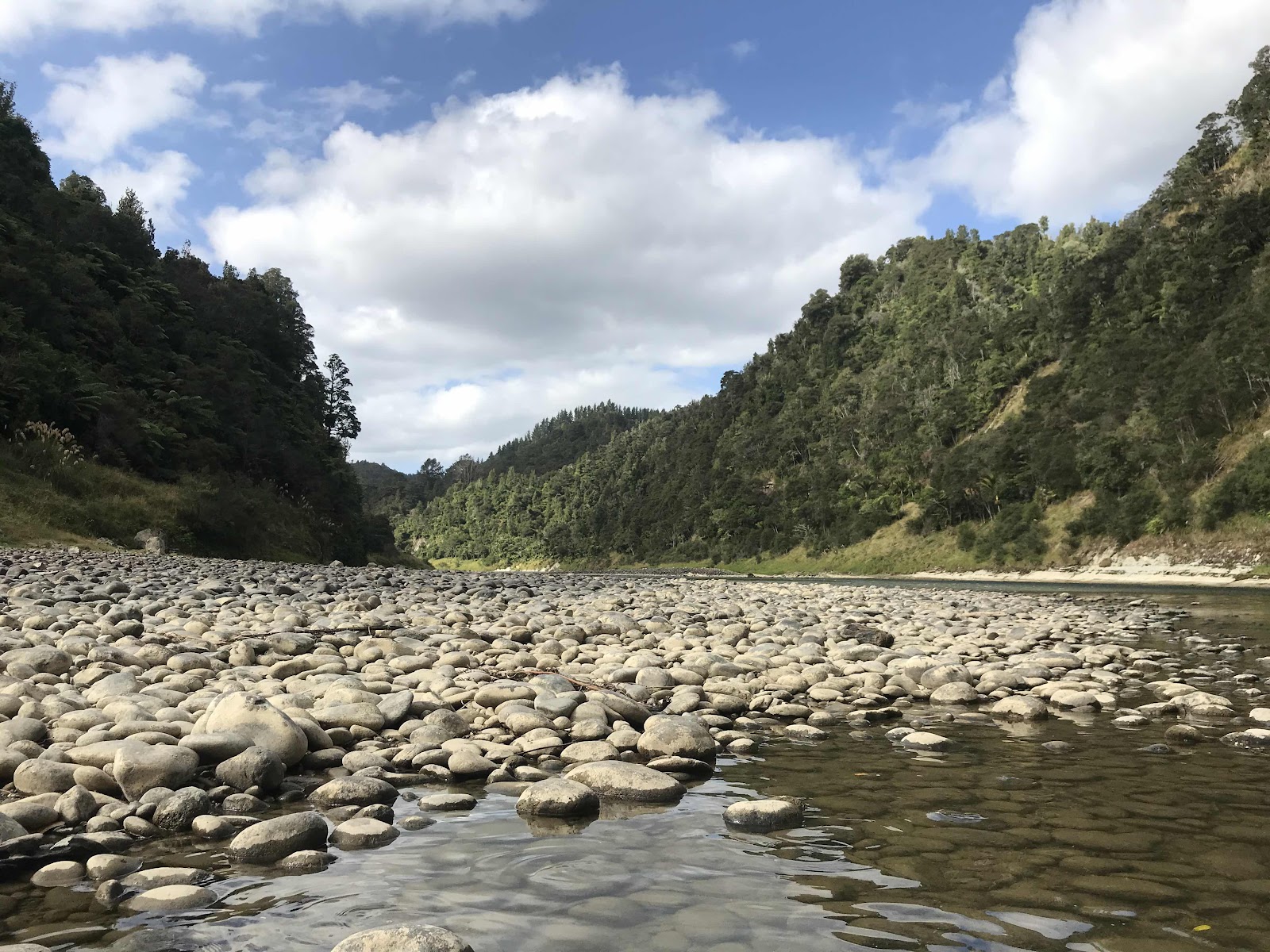