97k day today. A gradual 50k downhill, leaving the volcanic hills of Marsabit behind us, followed by 47k on flat arid lava fields with some dry vegetation.

The downhill part was very nice. It was great to look down from the highlands onto the seemingly endless planes. During the flat hot windy part I rode together with Vik and Ash. We rode in a train, each putting in 2k’s of labour at the front in the wind. Later we picked up Richard. We rode an easy pace and riding in the 4 person train meant that we only had to work “hard” 2k for every 8k we rode. So we made it into camp quite easily, without too much effort and before it became really hot.
Our camp is on the school grounds of a town called Laisamis. It’s not very big, but along the main road they had a restaurant where we hung out. They had cold yoghurt amd fruit juice, beef chapatis and couches, meaning that we ate, drank and slept during the hottest part of the day 🙂
Not an exceptional day, just nice and relaxed! 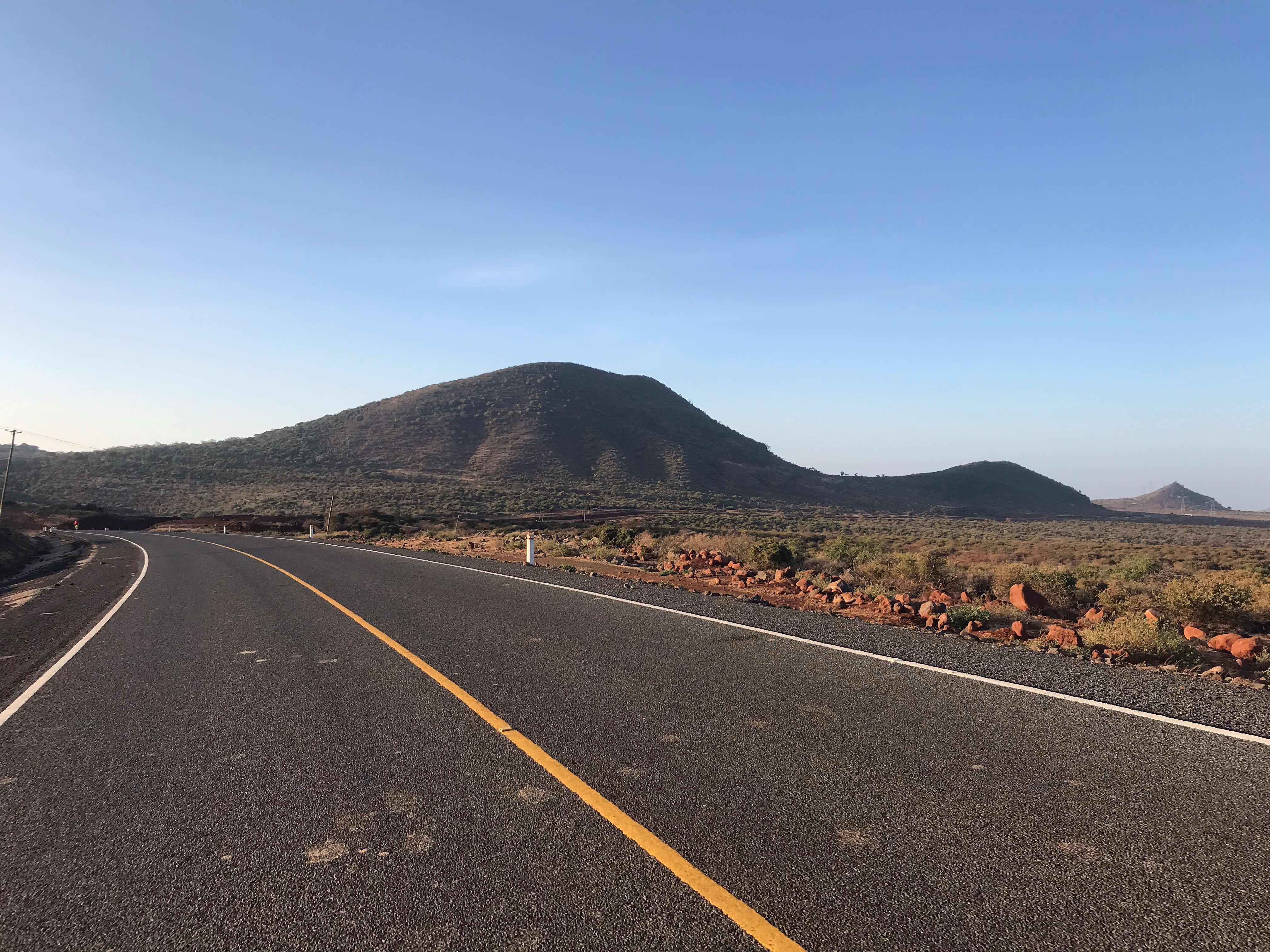 Starting our day between old volcanos… 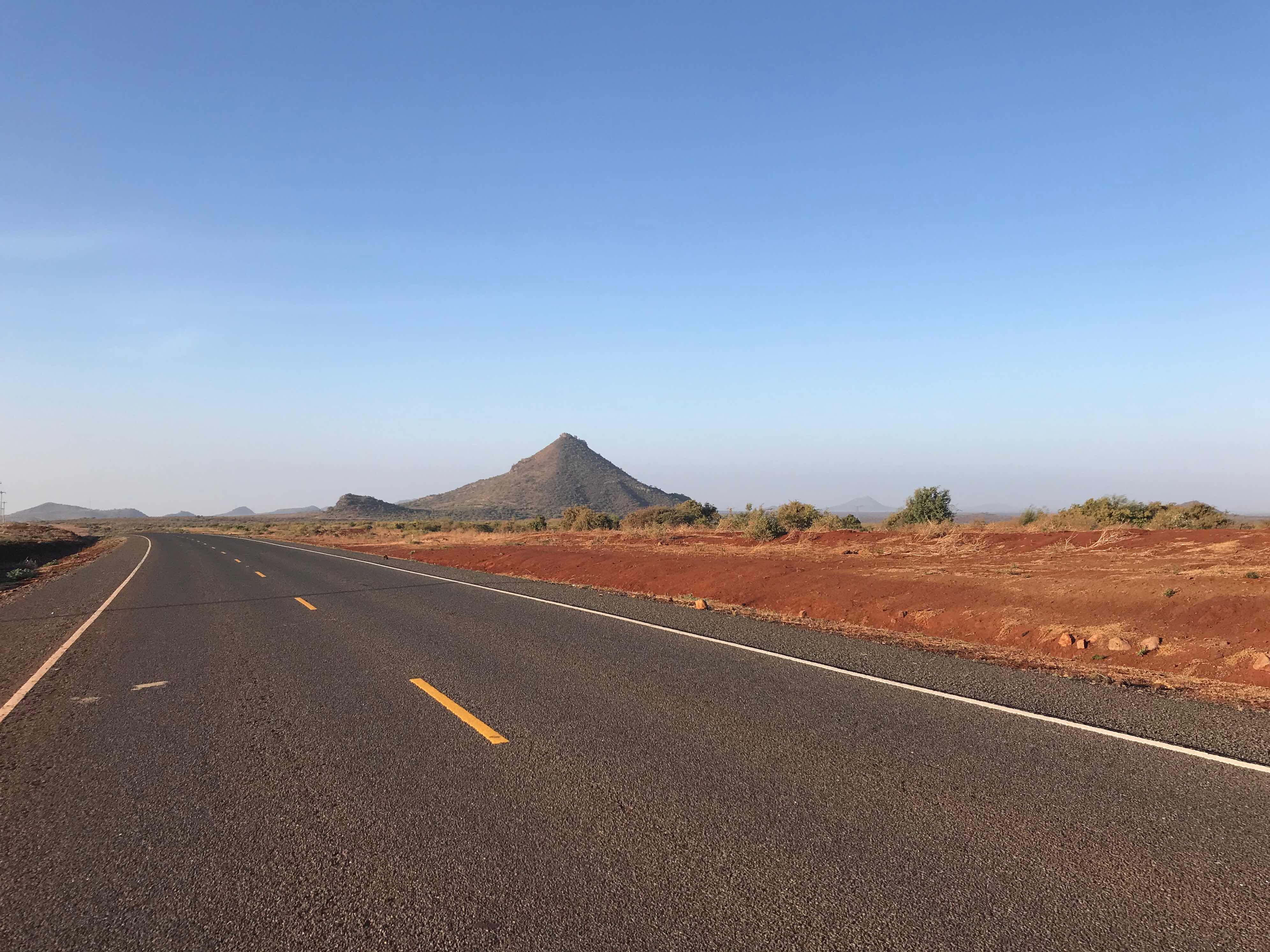 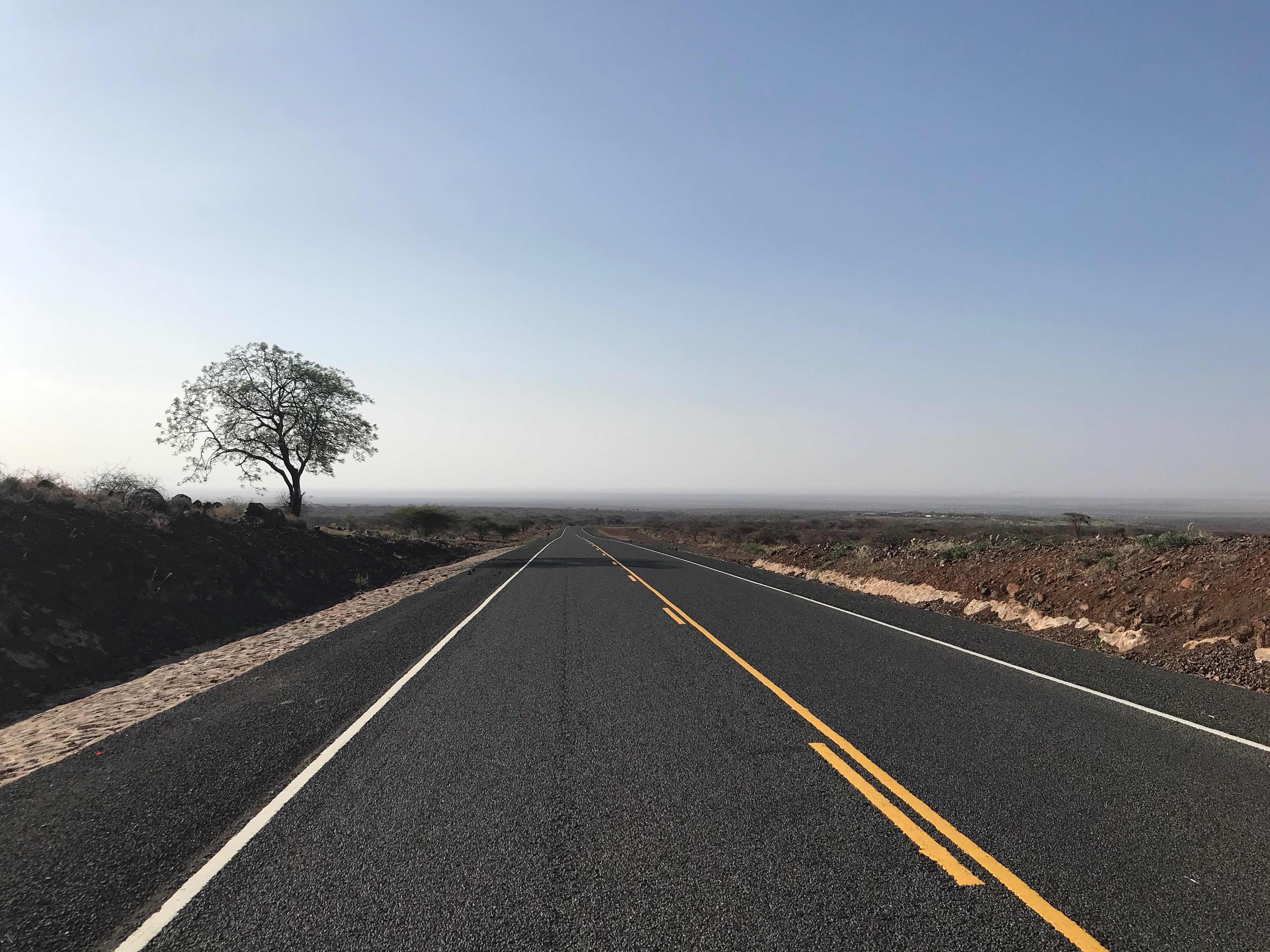 Descending towards the surrounding flatlands… Making our way through the flats… 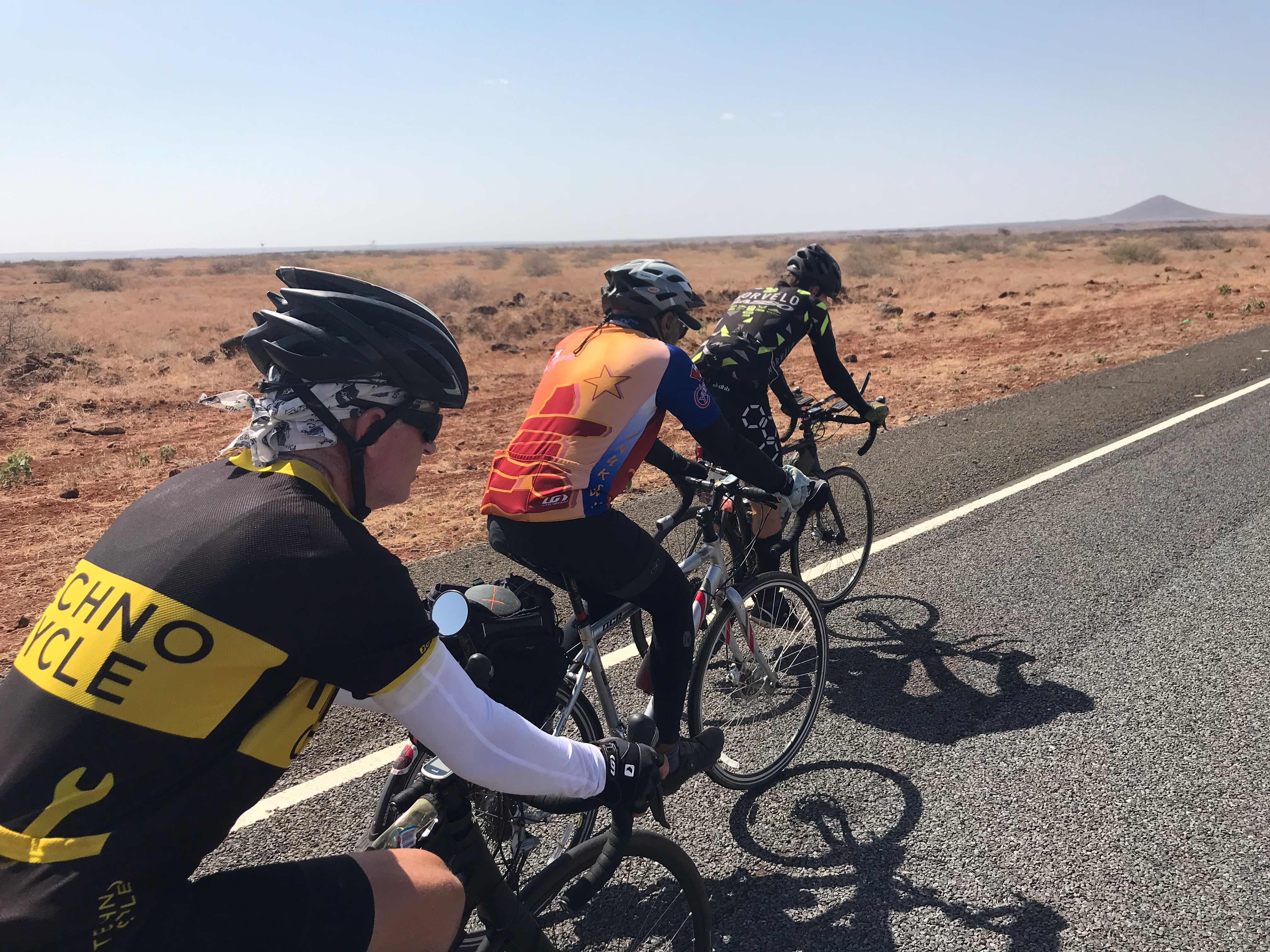 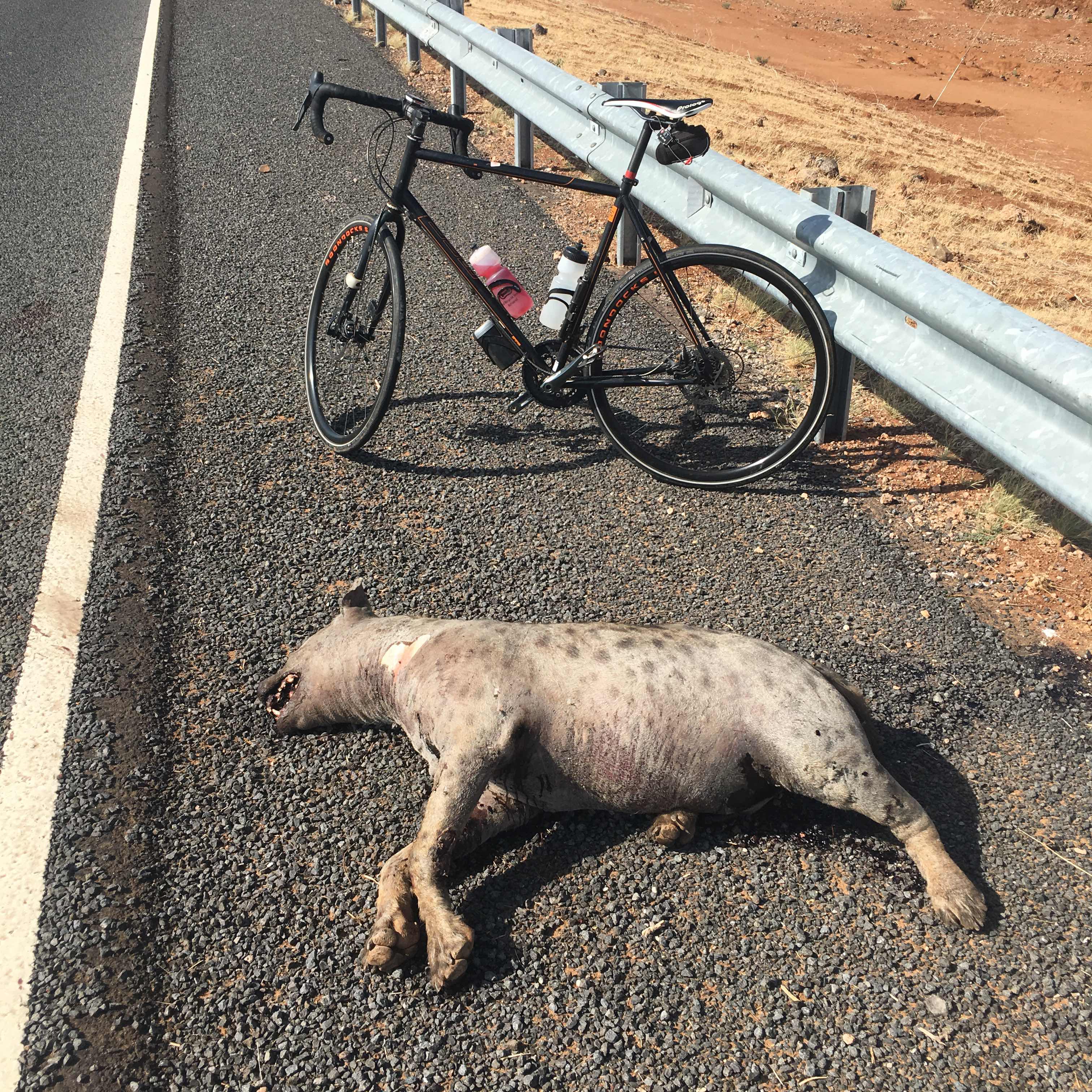 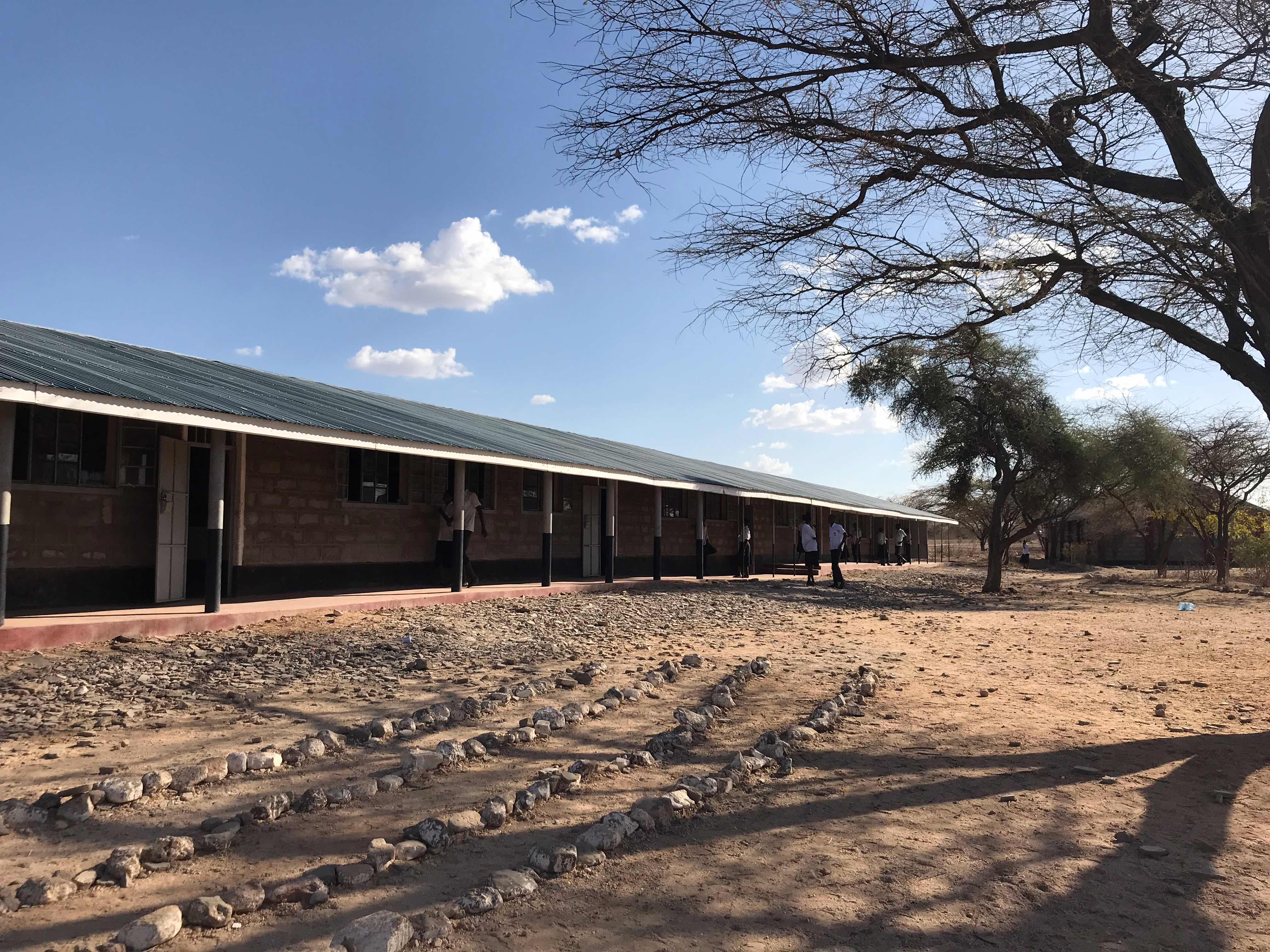 Making our way to the Laisamis Highschool!