A nice proper restday today 🙂 Our camp in Marsabit is at a pastoral centre, meaning that we are properly looked after by nons 🙂 I was able to score one of the guestrooms, so I had a bed to sleep in and a shower all for myself 🙂

I had a real good sleep and woke up at 0500 and slumbered till 730, followed by breakfast in the menza.  After breakfast I sorted out my laundry and handed it to one of the nuns, of who I was sure that she would do a better job at it than I would. And after having done that I did some personal maintenance and some bike maintenance, which were both quite overdue.
I figured that all those choirs would take me most of the day, but I was done at 1000, having a whole day left to spend. So I decided to take a walk up to the gate of Marsabit’s national park, which is not a very famous national park but which is still a national park 🙂 in Africa 🙂 The park is situated on top of an old dead volcano and is therefore situated between 1700 and 2500 meters altitude. The old volcano is covered with forrest, while the surroundings are all desert, which is quite an insane contrast.
I made it to the gate and asked if it was possible to walk up to the lodge, but unfortunately that was not allowed. Too dangerous because of all the wild animals, but I could take a car to go and see the crater lakes. So that’s what I did! Funny thing is that I had read about the crater lakes but I didn’t anticipate that there were so many animals living in the park as well.
I was picked up by Steve and he drove me to the old lodge and the small crater lake. We saw many baboons, some buffalos and some bushbucks. Steve told me that at night the elephants come out to drink from the lake and that if we were lucky we might see one. So that got my expectations up 🙂 After the first crater we drove on to the next crater to see paradise lake. During the drive we saw some bushbucks jumping across the road and other species of monkeys. And the road through the forrest itself was just spectacular 🙂
The view on paradise lake was just amazing. And beyond the crater we could see the desert planes, way down below. After having sat there for some 30 minutes, hoping to see some elephants or zebras, we started or drive back. Steve proposed that I would come back at 0430pm to see the elephants at the small crater lake for their evening drink. So that’s what I did 🙂 I returned at the agreed time and we rode back to the old lodge and waited for the elephants to come. Slowly the sun set behind he crater rim. The light faded. The buffalos came. And the baboons came. And some bushbucks came. But no elephants came. They were probably having their drink somewhere else tonight 🙂
Nevertheless I had a great day today 🙂 The drive through the forrest was really nice and seeing the crater lakes and all the other animals was pretty cool as well. One of the best things was that there were no other tourists or TDA’ers present. Sitting there at the old lodge, just with Steve and two game rangers, watching the animals while the sun was setting and the forrest around me was alive with bird sounds and the sounds of screeching monkeys…
Need I say more? 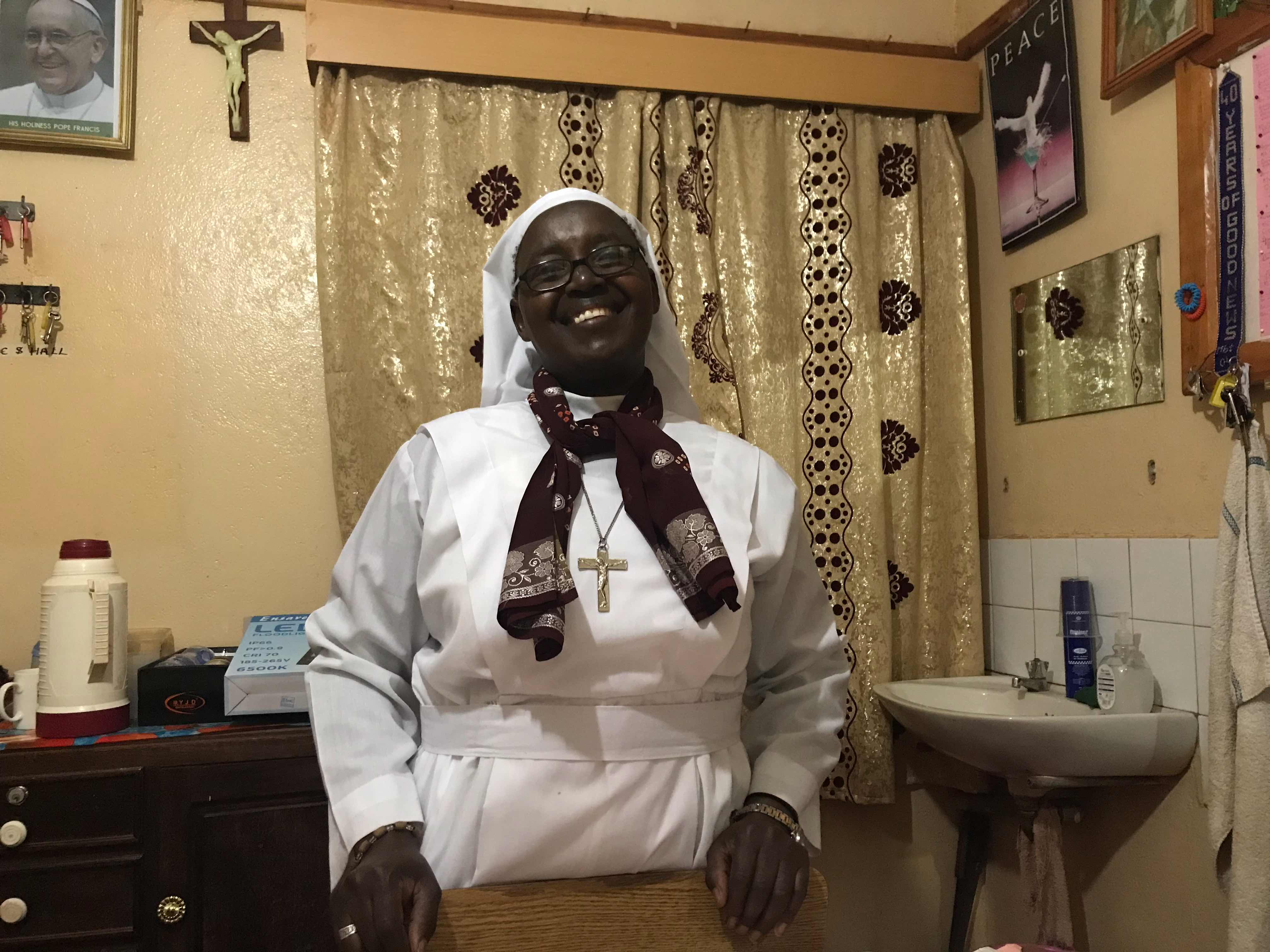 Our hostess. Great woman. See how white her clothes are? 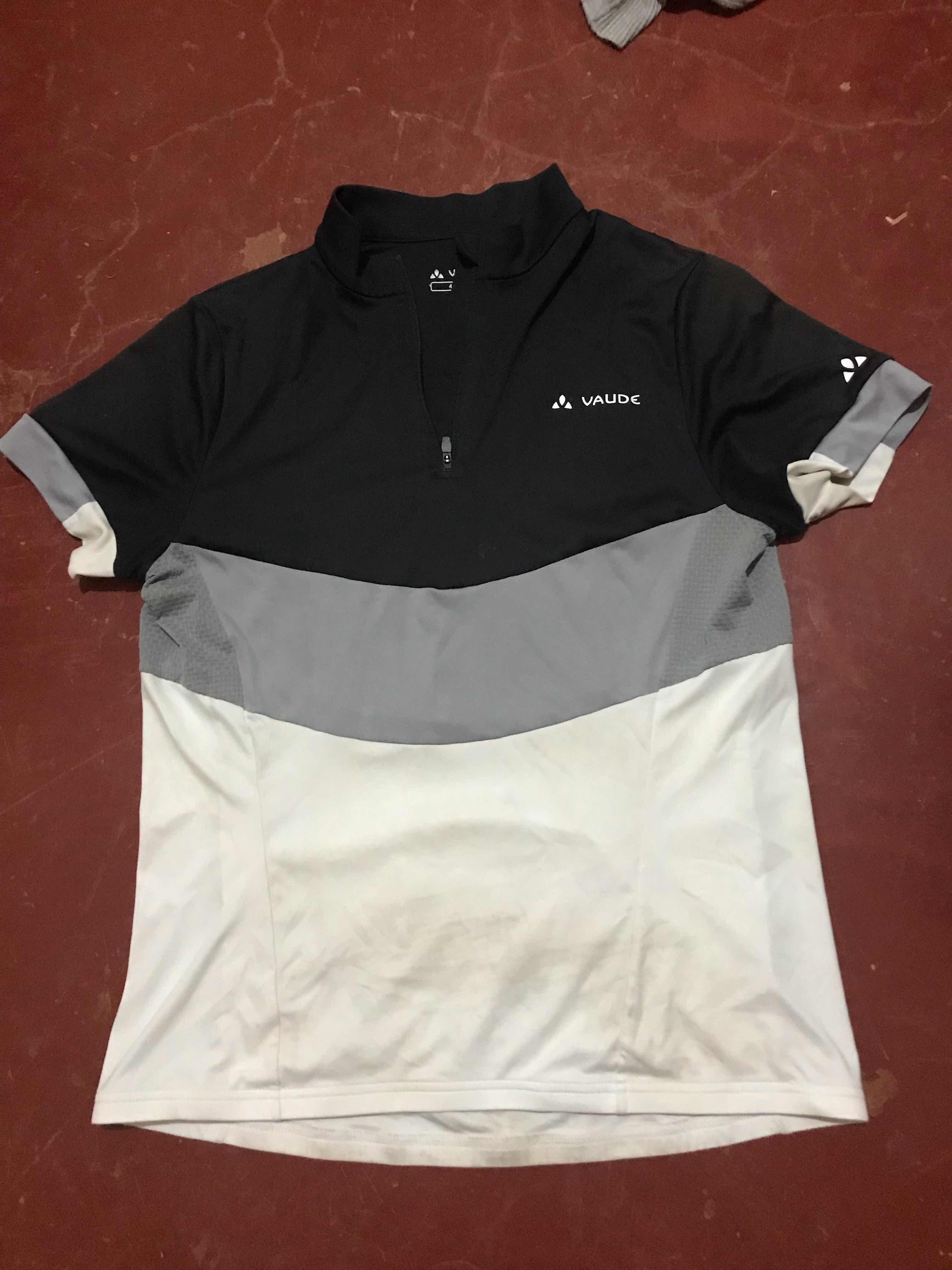 I was sure she would be able to get my shirt white again! And she did! That’s why I don’t do laundry myself. Some people are just better at it. That’s not the only reason why the dear lady above is a great woman though. She just was very kind and happy and cheerfull 🙂 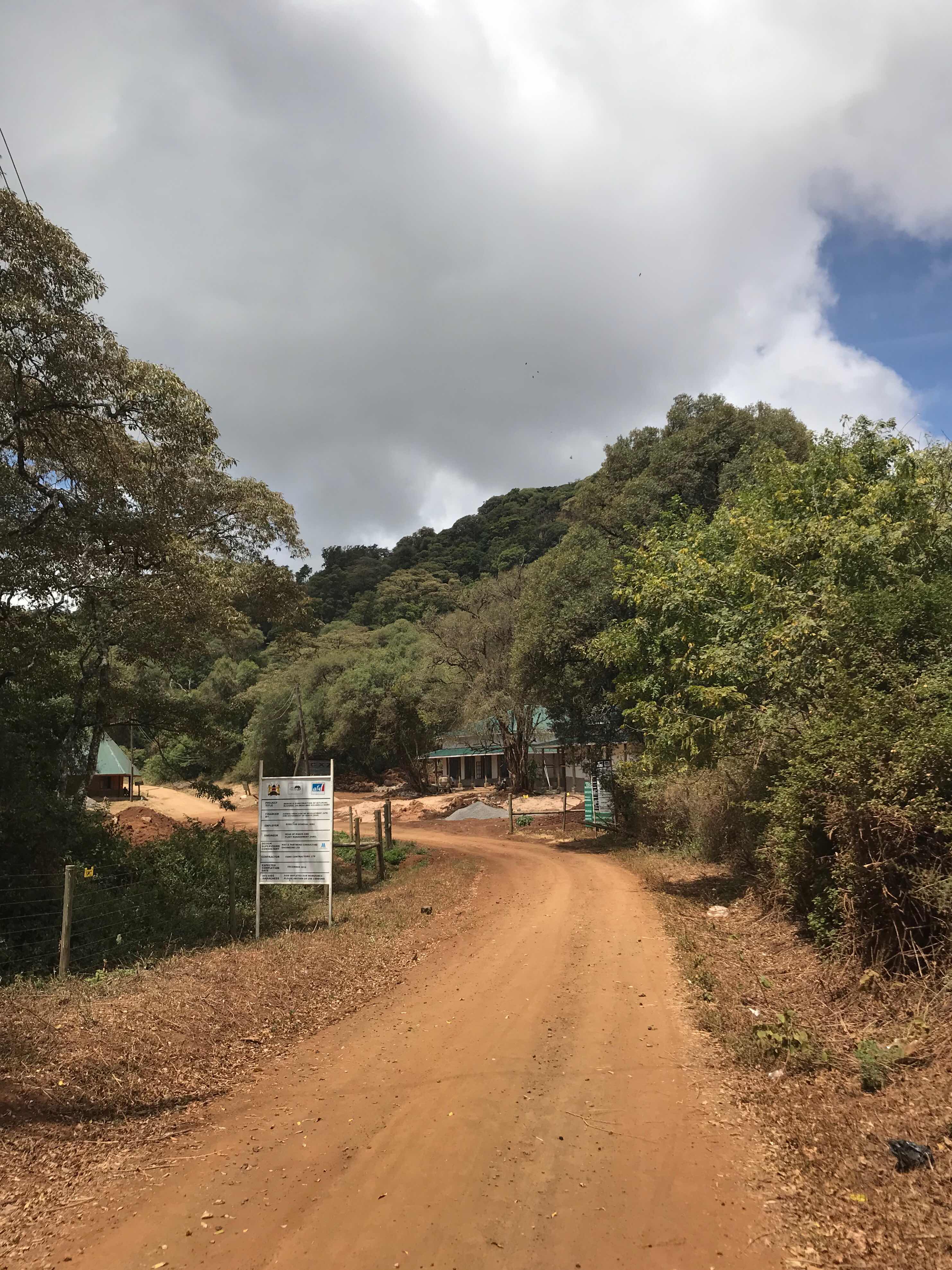 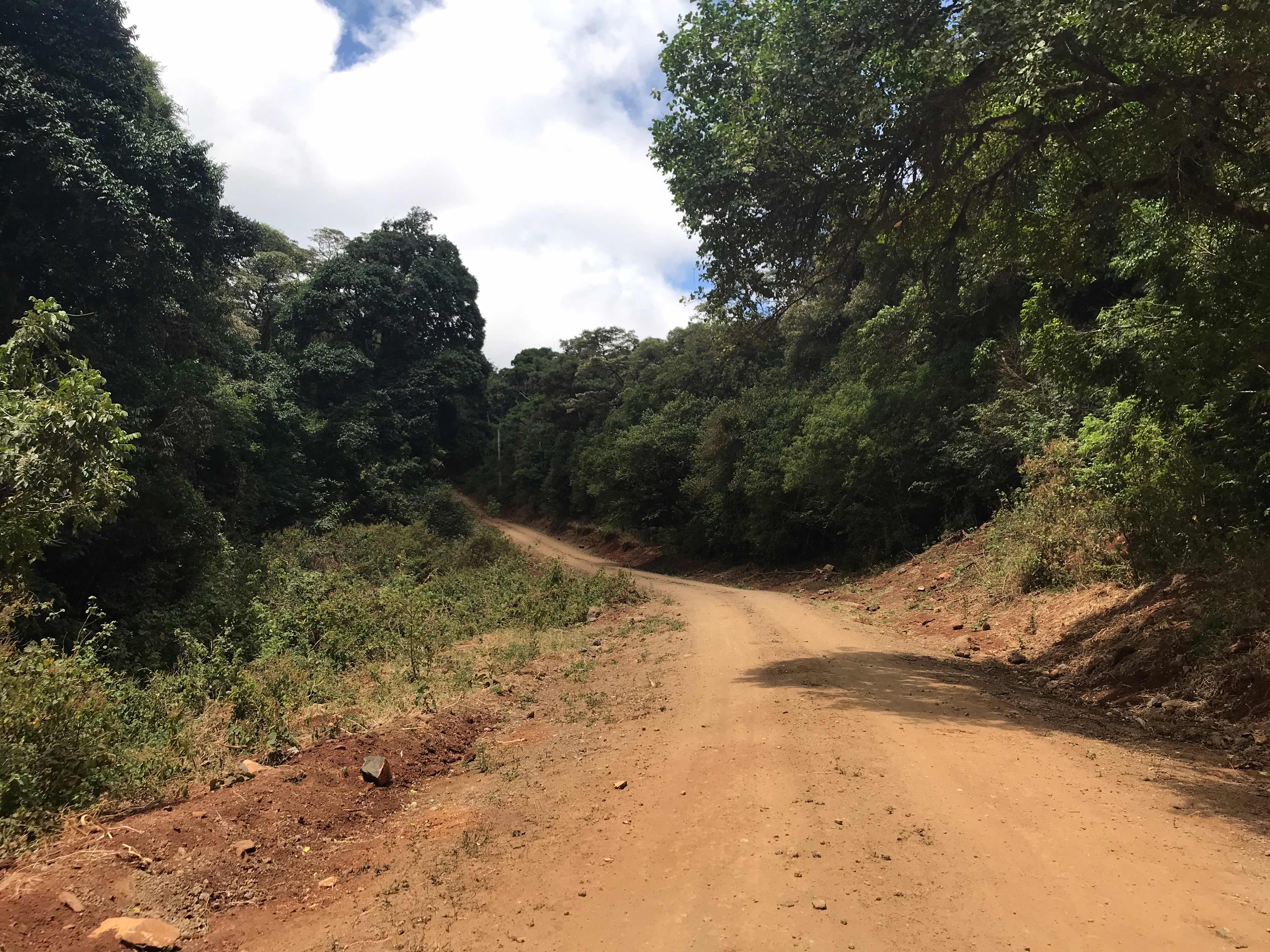 Great road through the forrest!

The small crater lake. Baboons, buffalos and bushbucks on the grass around it. 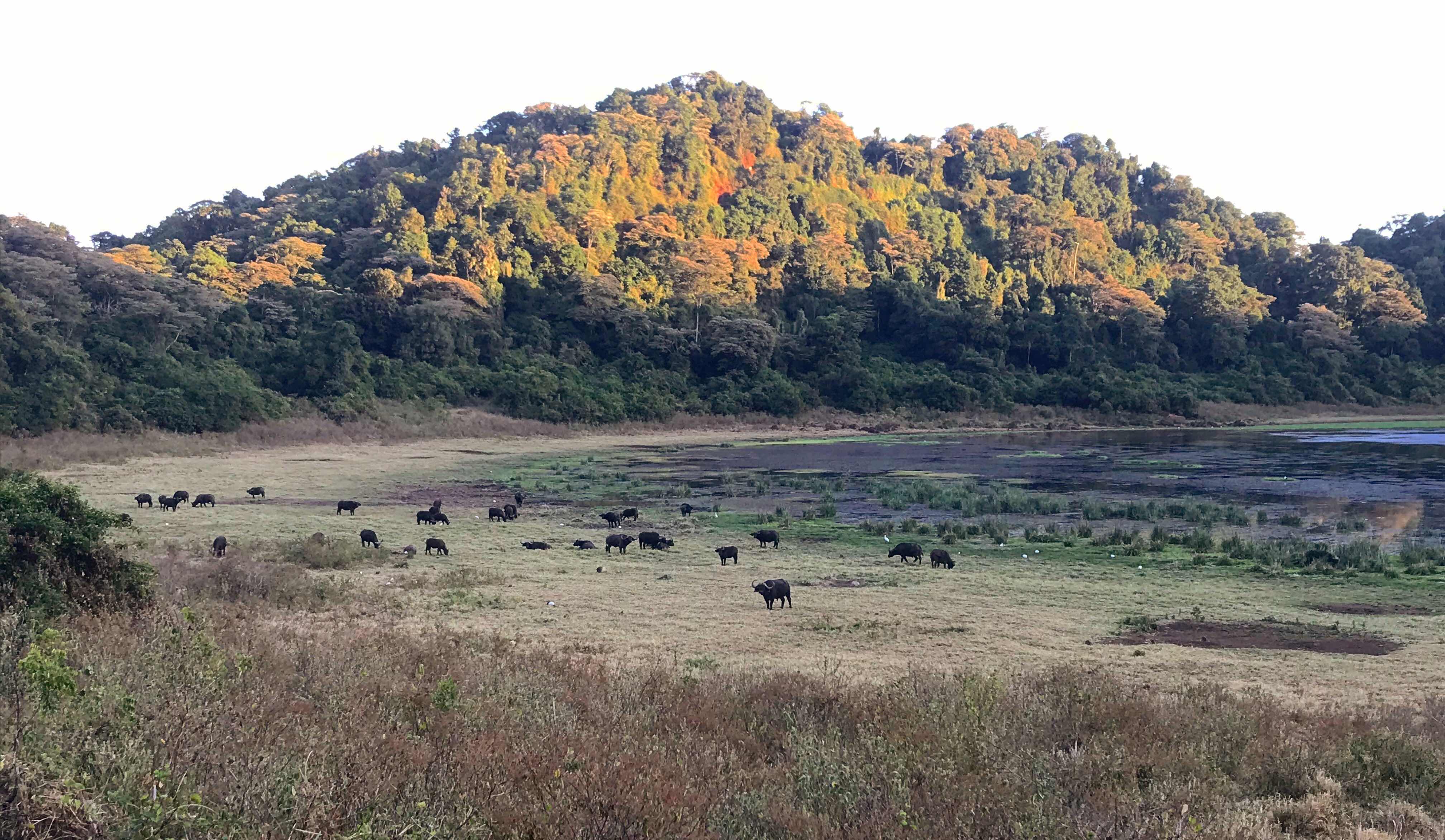 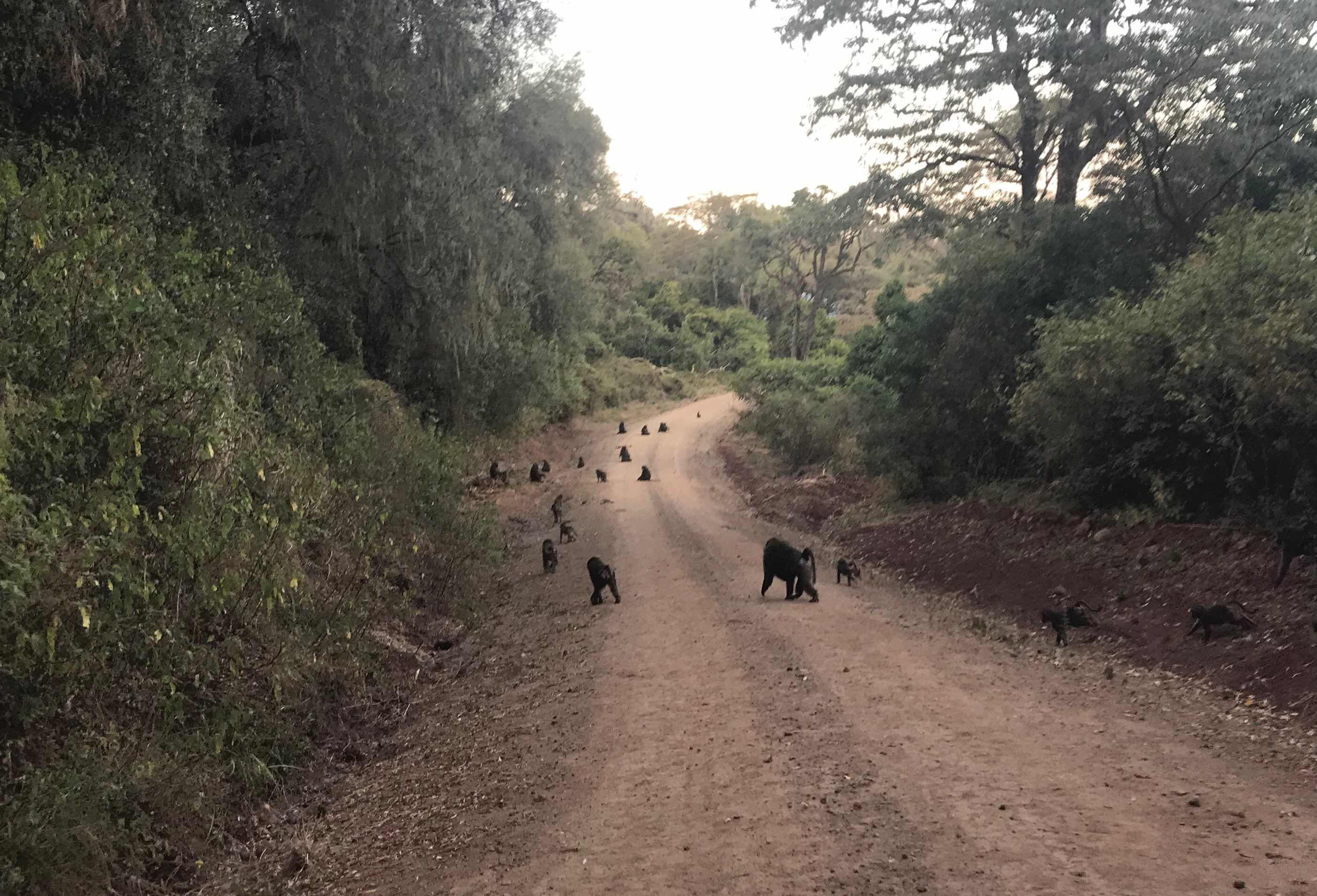 Baboons returning to the forrest to sleep.