Yesterday evening after sunset Baldr, Vik, and me were having tea at the middle of the soccerfield of the school that we were staying at. All other riders had already retreated to their tents and we were sitting at a distance to not disturb them. After we arrived at camp in the afternoon, the staff had warned us to properly lock our bikes and to carefully put away our valuables, because in previous years rowdy and drunk teenagers had come into camp to steel and demolish things. What Baldr, Vik and me saw happening was not just a group of rowdy teenagers though: we saw an angry mob comming into our campsite, making a lot of noise, yelling and beating things up.

Because we were at a distance it was not exactly clear what was happening, making it all a bit scarry. Were they beating up the bikes? Were they attacking us as a group? Were they just pranking? Did somebody from our group did something stupid in town for which we were now all paying the price?Vik wanted to check out what exactly was happening but Baldr and me stopped him. We were at a safe distance, they hadn’t seen us (yet), we were with three and they were with many. We would not be able to do anything, even if we wanted to…

It all took some 5 minutes. After that the mob disappeared. The noise died down. We saw some lights in tents. Other riders had just slept through it. We went into camp. All bikes ok. All tents oke. Must have been a prank… So we went to bed, although a bit tense, not sure whether they would return or what their intentions were. We learned their intentions in the morning though. We were told that a hyena had found its way onto the school grounds and that it had killed a dog. And in return the mob attacked the hyena, chasing it away from our camp! This is Africa, welcome to Kenya!

After all this turbulence, today was another busday. This time because the stretch of road between Laisamis and Isiolo is known for violent armed robberies. Apparantly TDA had riders being robbed during one of the earlier editions of the tour as well, so although nowadays the road is perfecty paved, we all loaded into the schoolbus for our last scheduled bus section.

Again it was a shame we were not riding our bikes. We   rode beautifull roads and through beautifull landscapes, with a lot of wildlife. We came accross ostriches, deer like animals and we even saw our first wild and free roaming giraffe! It would have been great to encounter that one on the bike! Nevertheless everybody understands why we were being bussed and we are all glad that we made it safe to Isiolo!
We have a great campsite today, on the grass near one of the many lodges in this area. After putting up the tent I went into town together with Yvonne. We got some money from the atm, had lunch, plundered the supermarket and strolled down the market. After that we headed back to camp, where I had a real nice nap in the shade on the nice cool gras!
After I woke up I discovered they had cider at the lodge’s bar, which I think is a nice alternative to wine 🙂 so i feasted on that. We had a rea nice comfy day today. Great camp! Great views! Tomorrow we climb mount Kenya! 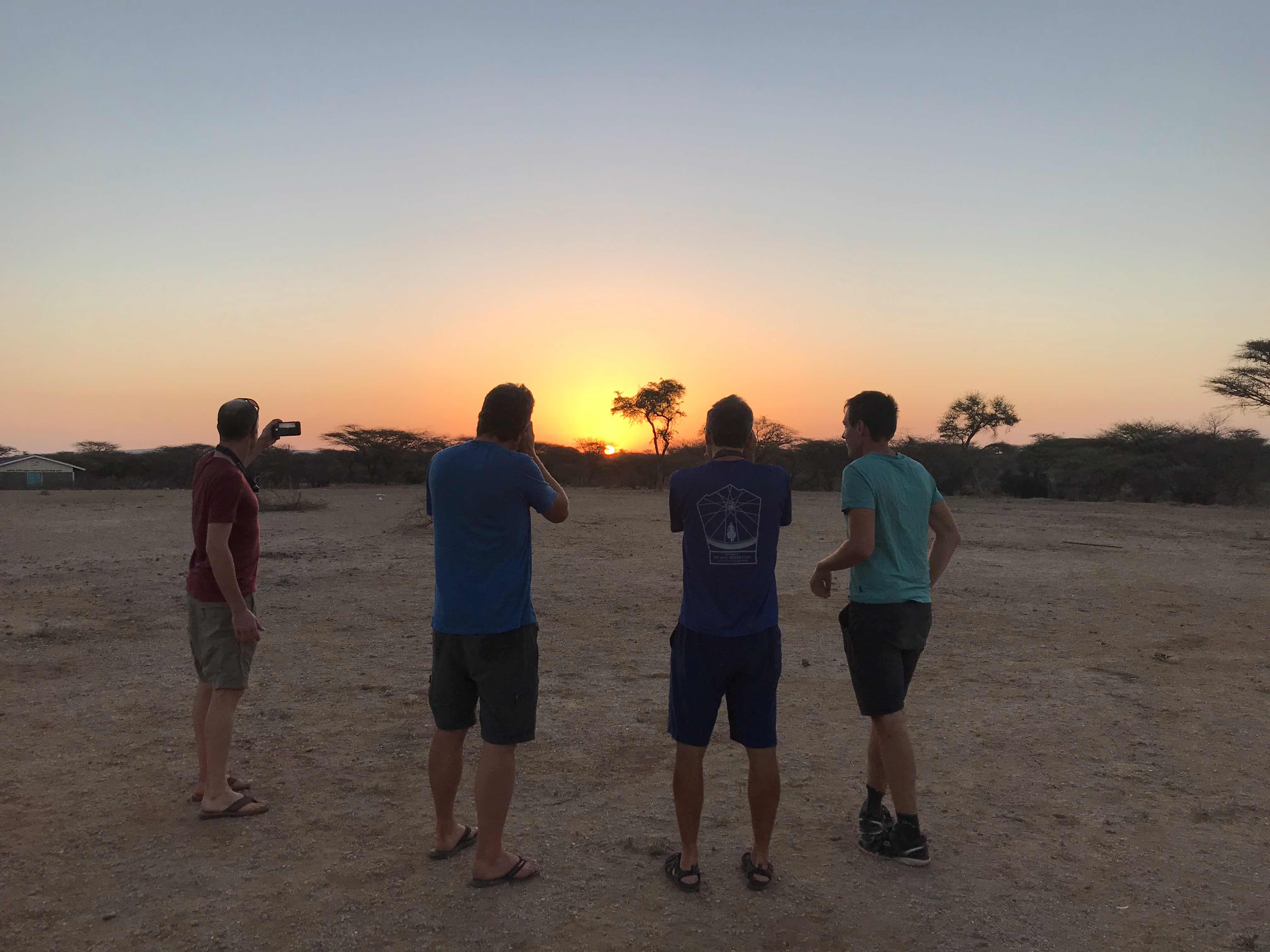 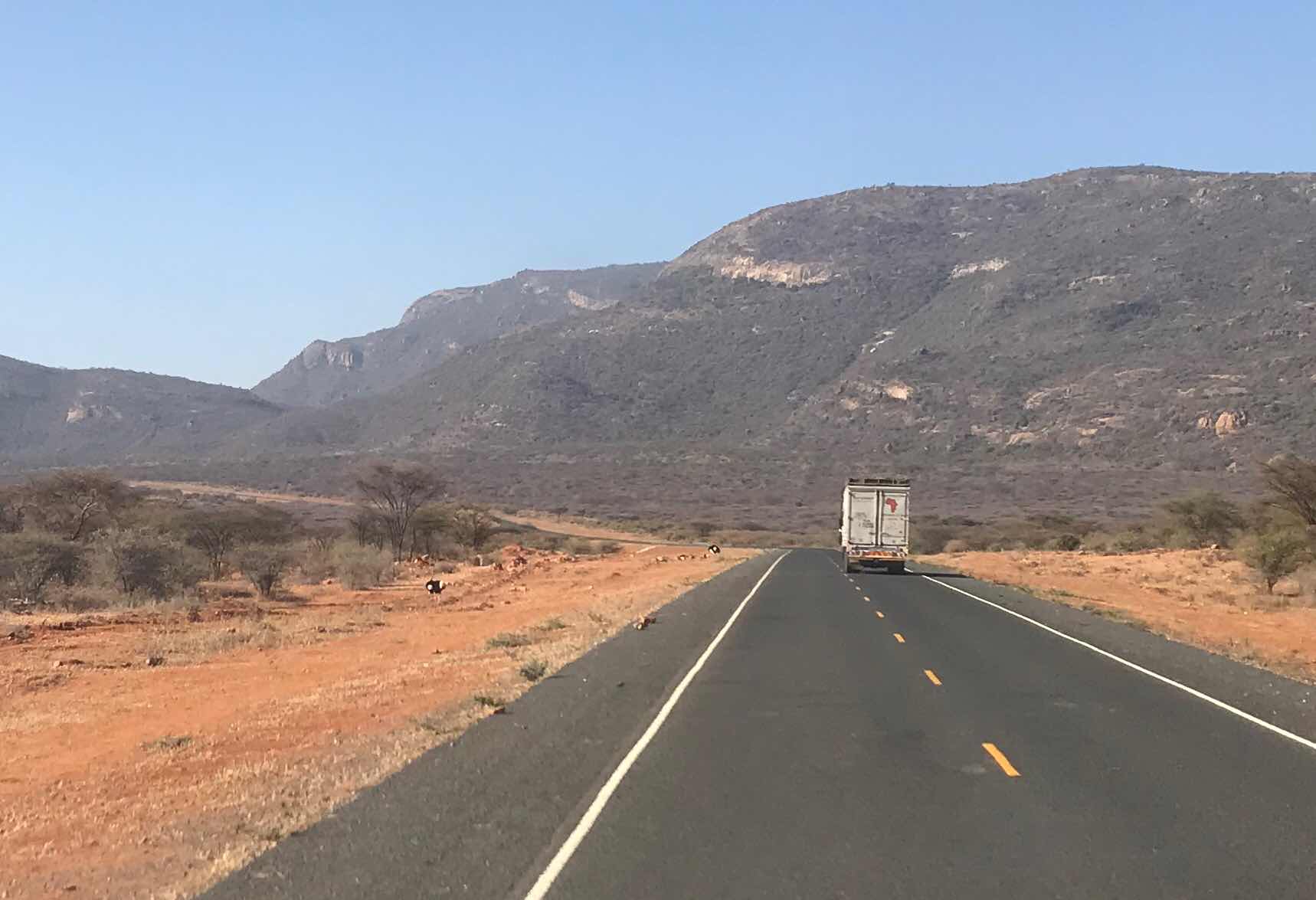 The TDA dinner truck passing ostriches (have a carefull look) 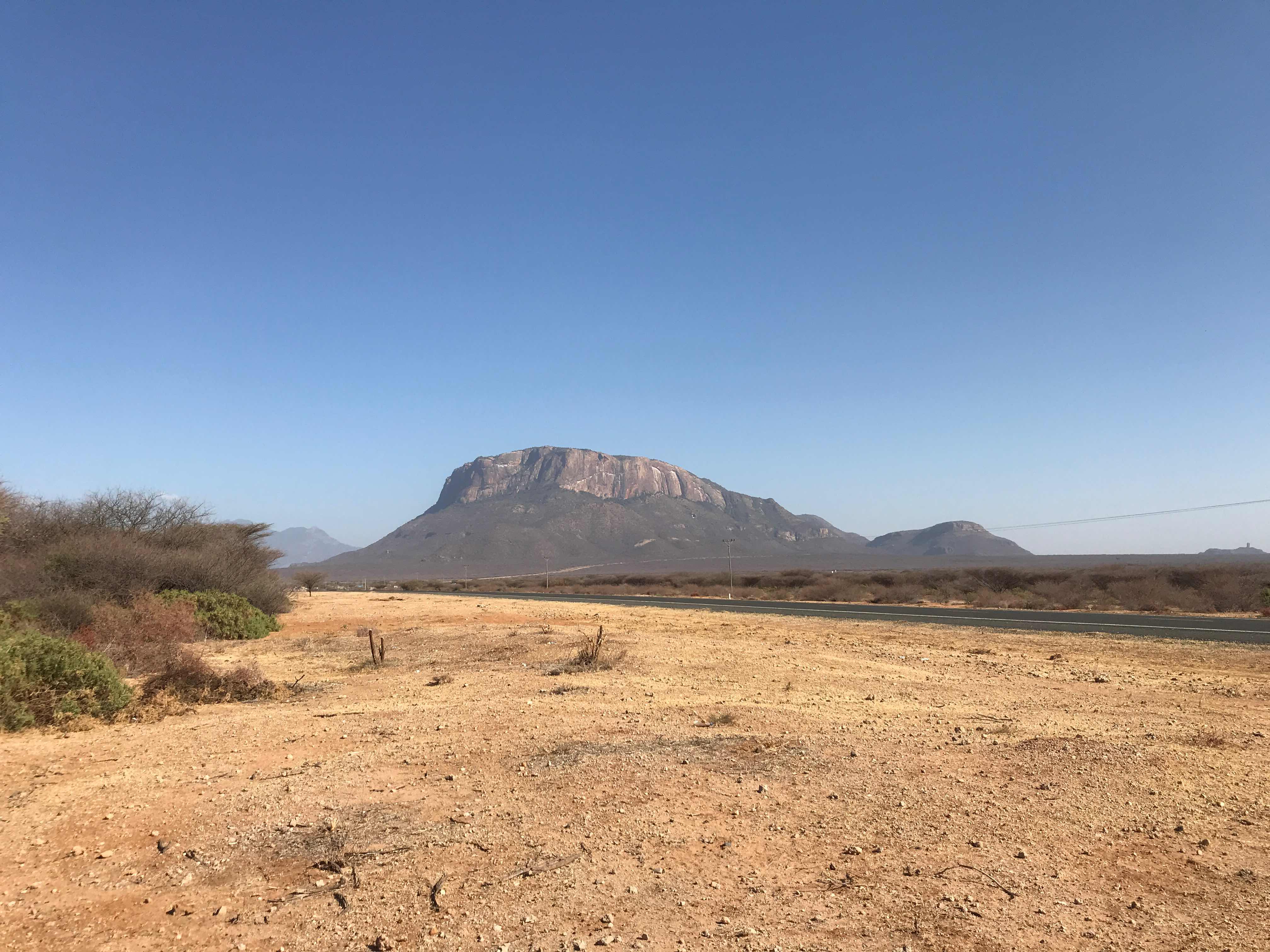 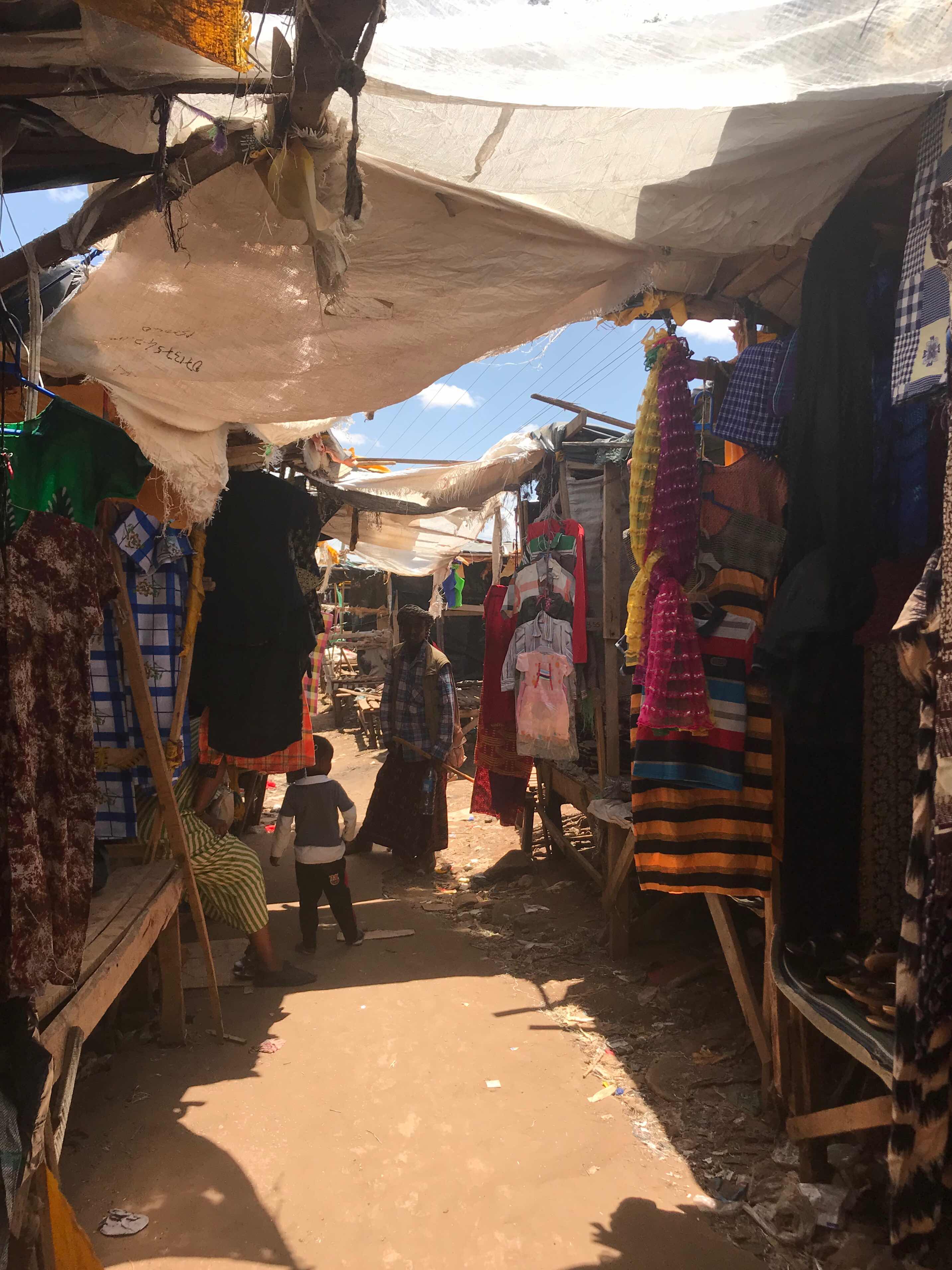 The market at Isiolo 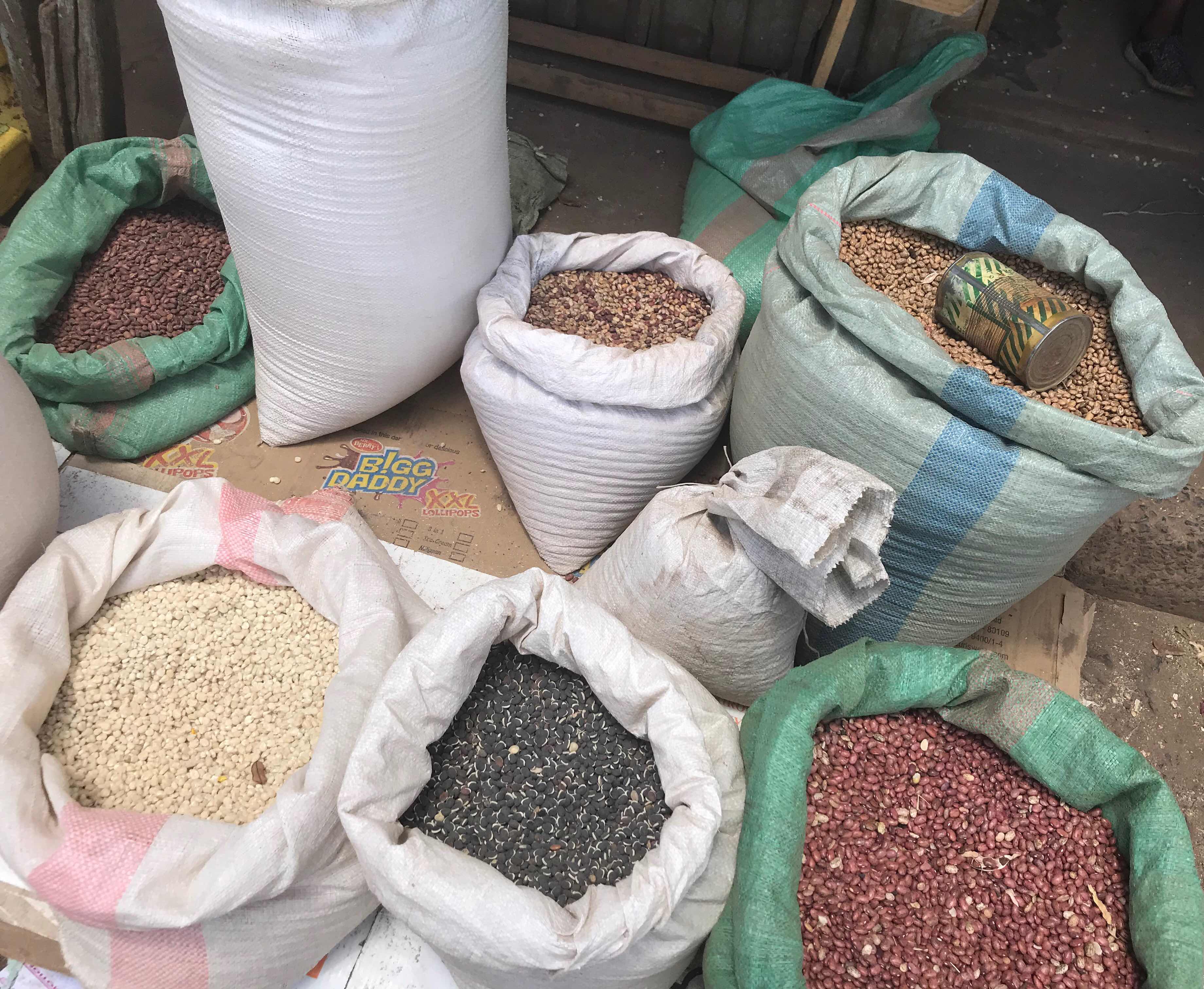 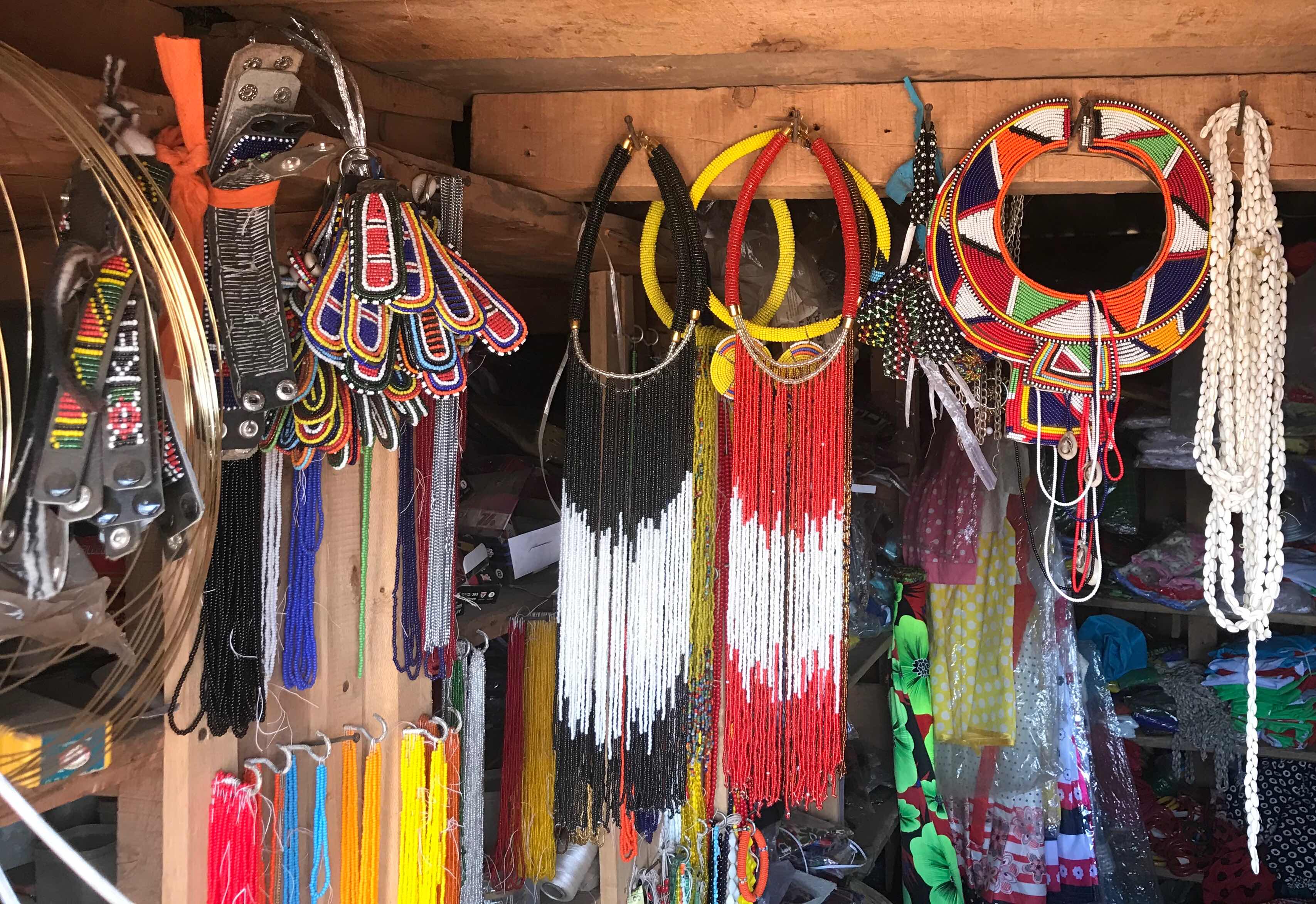 Nice for a stroll 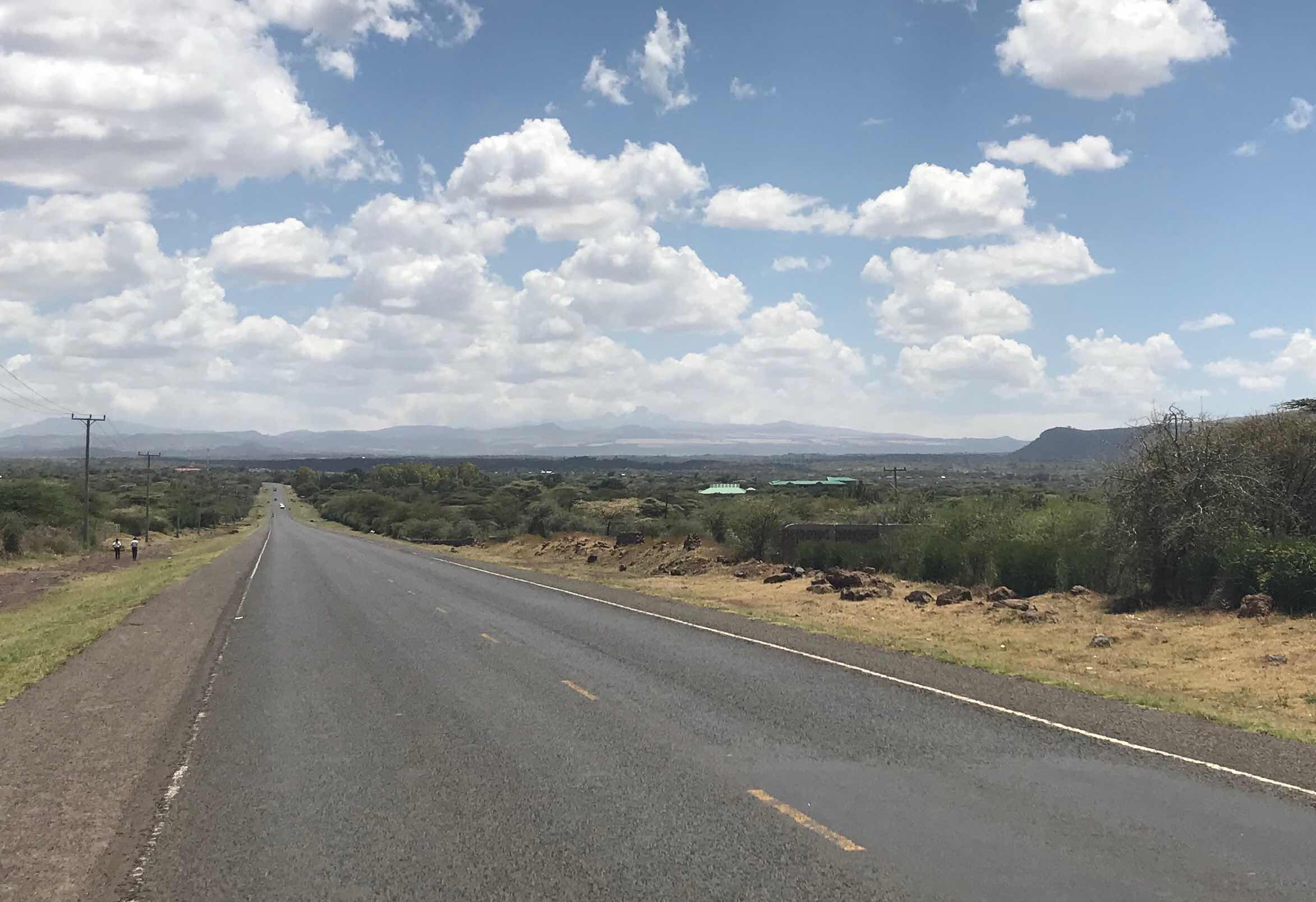 Mount Kenya in the distance 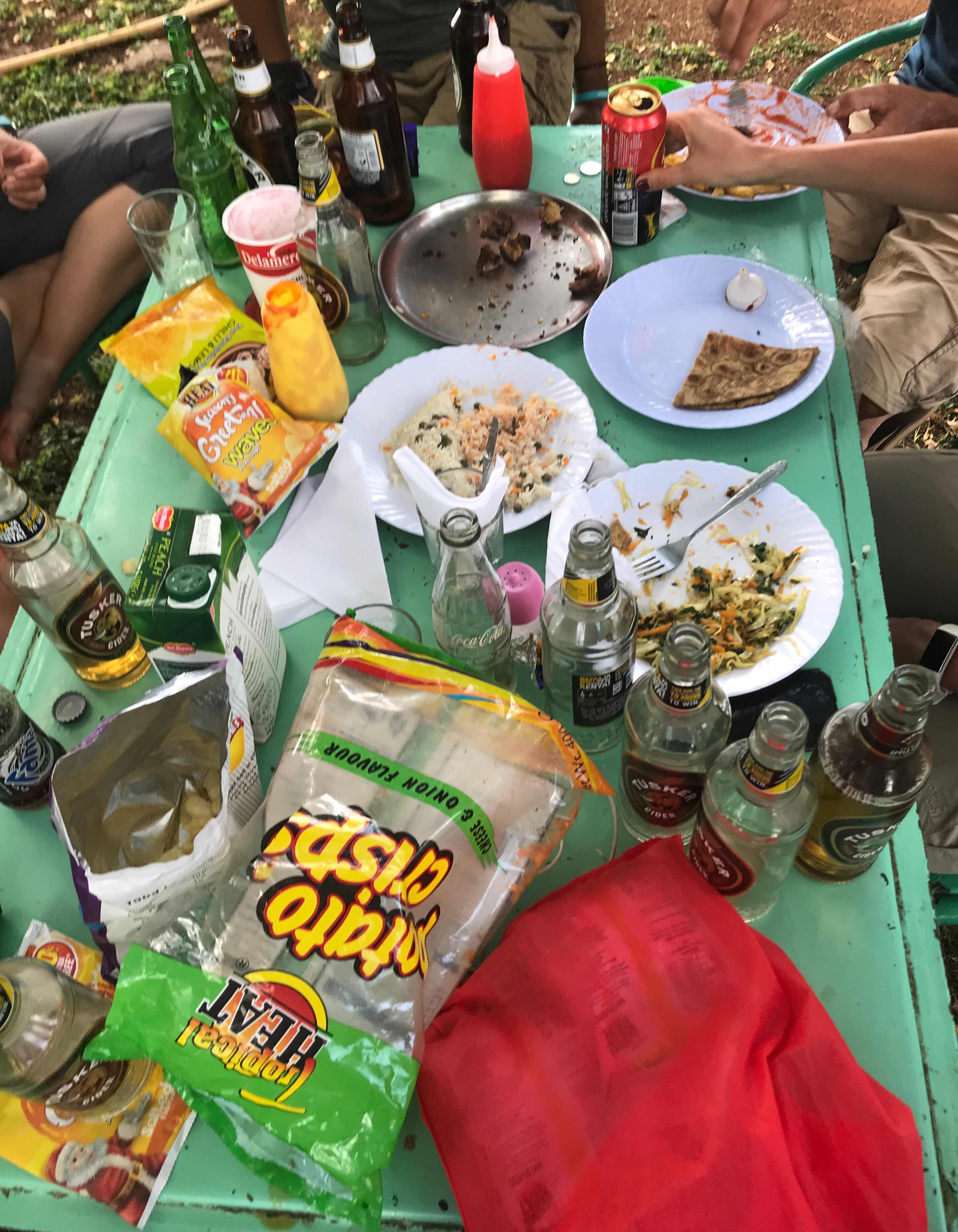