I had a very nice experience last night. I though about romanticizing the experience for the blog, but that would be a bit of a shame, so here comes the raw true version of it: I woke up around 0000 and had to do my thing… so I unzipped the tent, got my little Novotel bag with TP out and walked to the other side of the little shack that was next to my tent. I started doing my thing, taking my time to do it well, while enjoying the desert night sky (which is already pretty amazing!). So while doing my thing in the desert while looking at the stars, a camel came by, just some 10 meters away from me. I was still a bit sleepy and next to that preoccupied with doing that other thing. So I was quite astounded by this dark humped silhouette passing by, as if I was just sitting there… And then there was another one. And another. There was this whole herd of camels passing both in front and behind me while making their way to the drinking trough near the nearby waterwell, while I was doing my thing, in the desert, under the night sky full of stars!

So it might not be a sexy story, or a miserable one, but one well worth remembering 🙂 Anywayzzzzz. Due to the supposedly ongoing unrest in Khartoum, TDA decided last week that they would bus us through Khartoum and camp just outside the city, rather than letting us ride our bikes into the city and camp somewhere near the city centre. It’s all fine by me: if they think this is necessary to keep us safe I’ll just follow our South African Classic Rock Elitist Lion Wrestling Tour Guide who keeps up the umbrella and holds the clipboard…

So we had breakfast at the regular 615 and we started loading the bus an hour later and were well on our way by 730. We reached camp some 3,5 hours later, around 1100, and it’s actually a surprisingly nice place. It’s nice and green and there’s lots of shade and there was a shower 🙂 So i put up my tent and while everyone else was still decorating their interior I enjoyed the joy of washing my hair without any people waiting outside the door 🙂
There is not much to do at camp. I actually felt like riding my bike today, I’m ready to get going again 🙂 I think it’s good for me that there is not much going on. My mind is just always busy, thinking about stuff and scheming things. I have a hard time sitting still, but in this context I don’t have much of a choice. So it’s reading, eating, talking, sleeping, drinking, reading, drinking, talking, napping, reading, etc. And I’m starting to get the hang of it… Next to this I think it’s good for me to take it easy a bit more so that I’m sure I’m back into shape once we start riding again…
I still didn’t have much appetite yesterday, but today I was insanely hungry at the end of the day. But when the staff called open kitchen after the first rounds of servings I apparantly was not the only hungry person, so I got 2nds in a limited amount. Fiona however was less modest and got a full plate, of which she gave more than half to me because apparantly she thought I needed it 🙂 thnx Fi, had a great meal tonight 🙂 The others needed it as well though. We’ve had 17 riding days and already many riders look tired and skinny. And we’re not nearly there yet!
Tomorrow we’ll have a restday. Starts to sound more like a regular holiday than a bike trip. I really want to get back riding 🙂 Can’t wait! But first lets see what tomorrow brings! 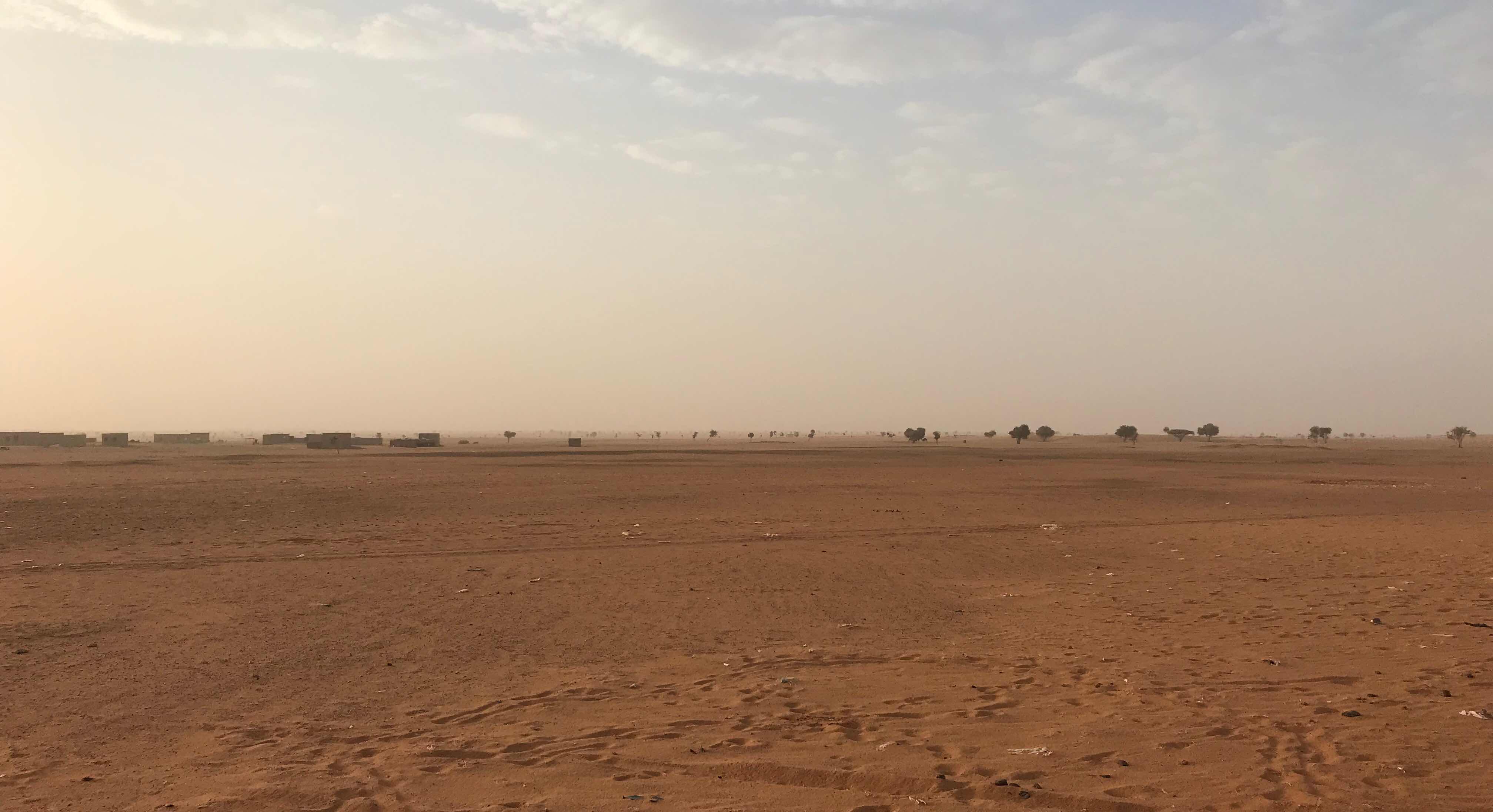 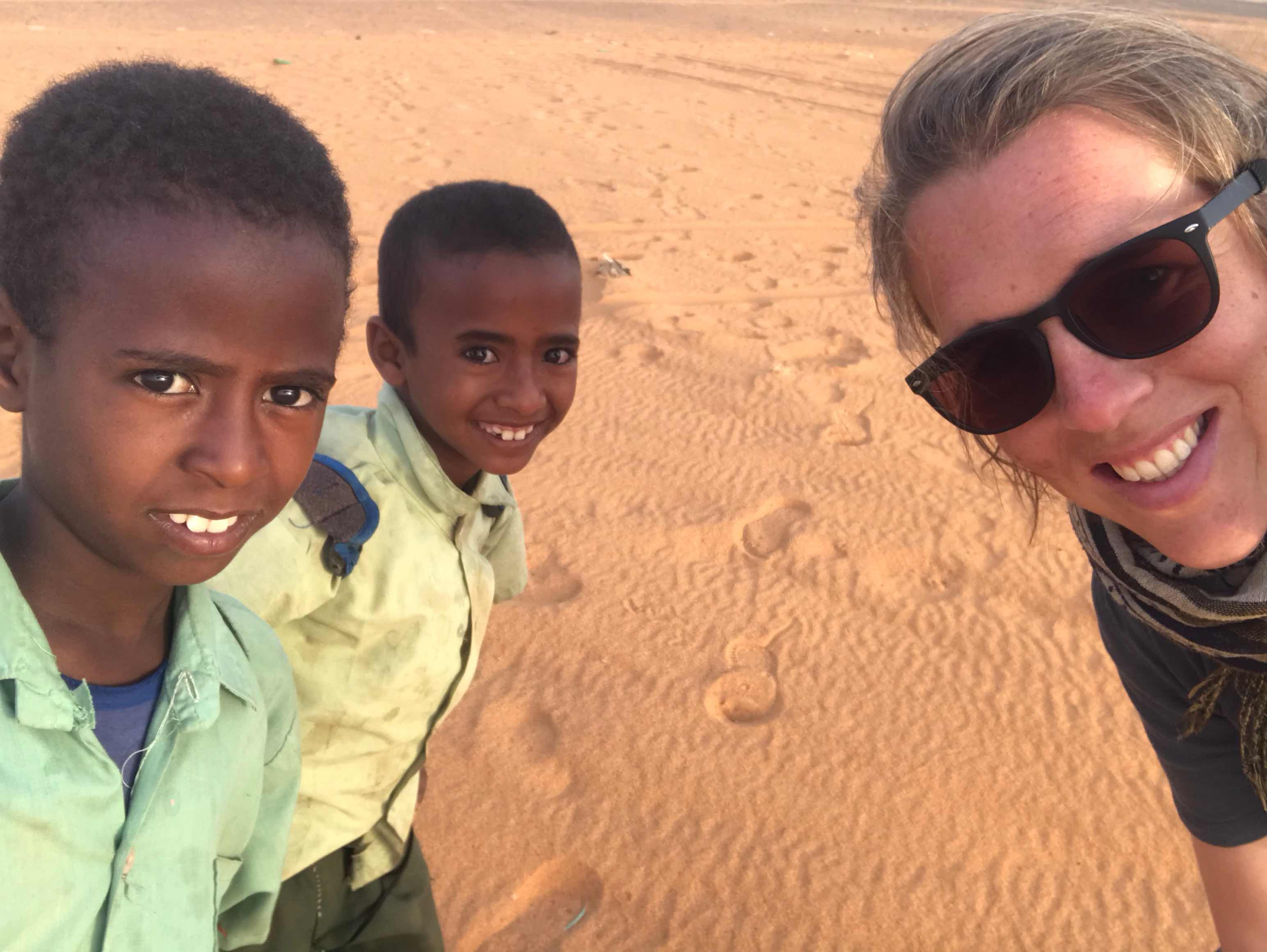 The kids wanted to take a picture 🙂 After that I gave them some candy! 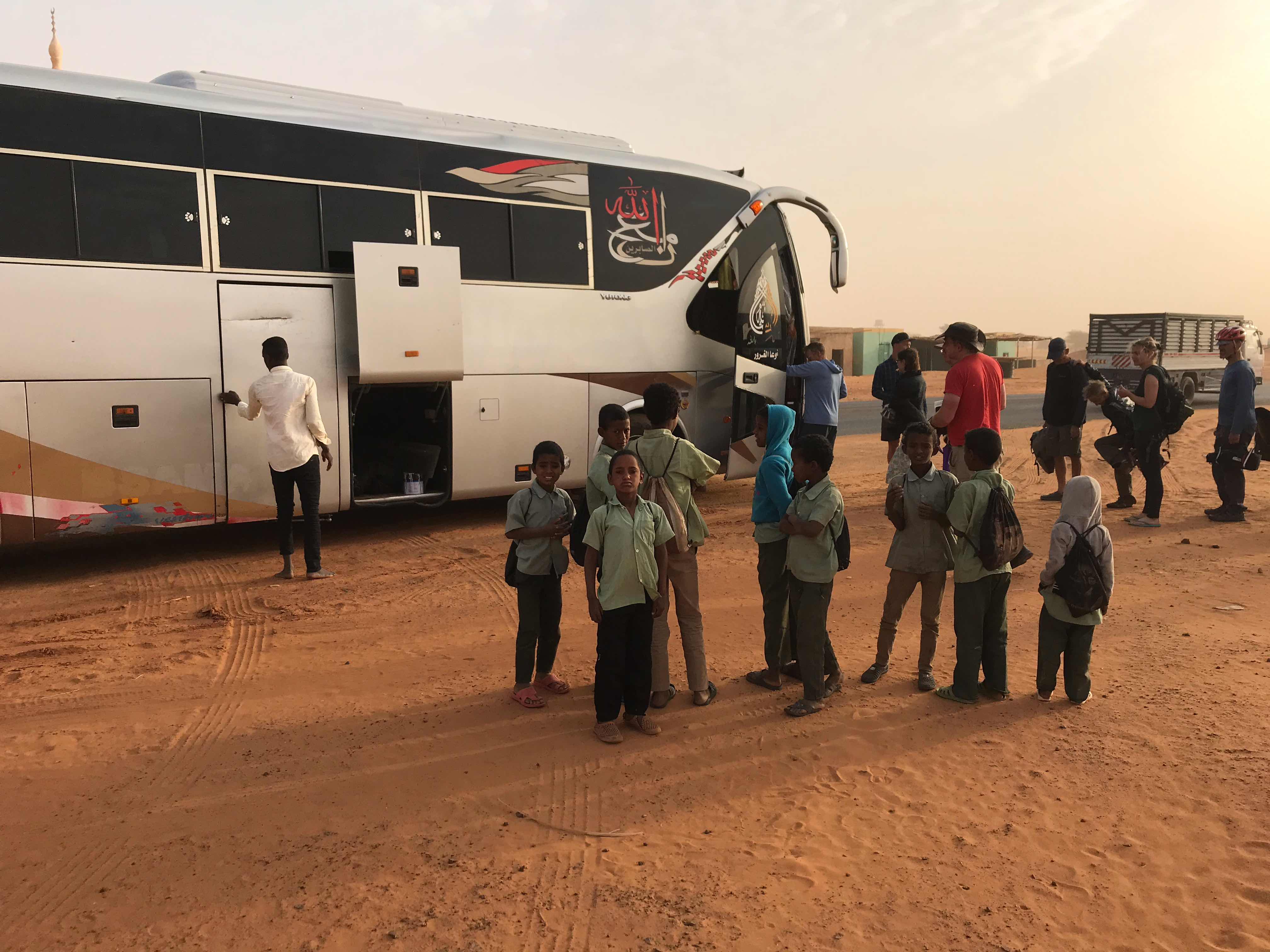 Loading the bus. Gave these curious kids some candy as well. They were very hesitant taking it and only took it after one of our local staff told them it was okay. After that it put a smile on their face though 🙂 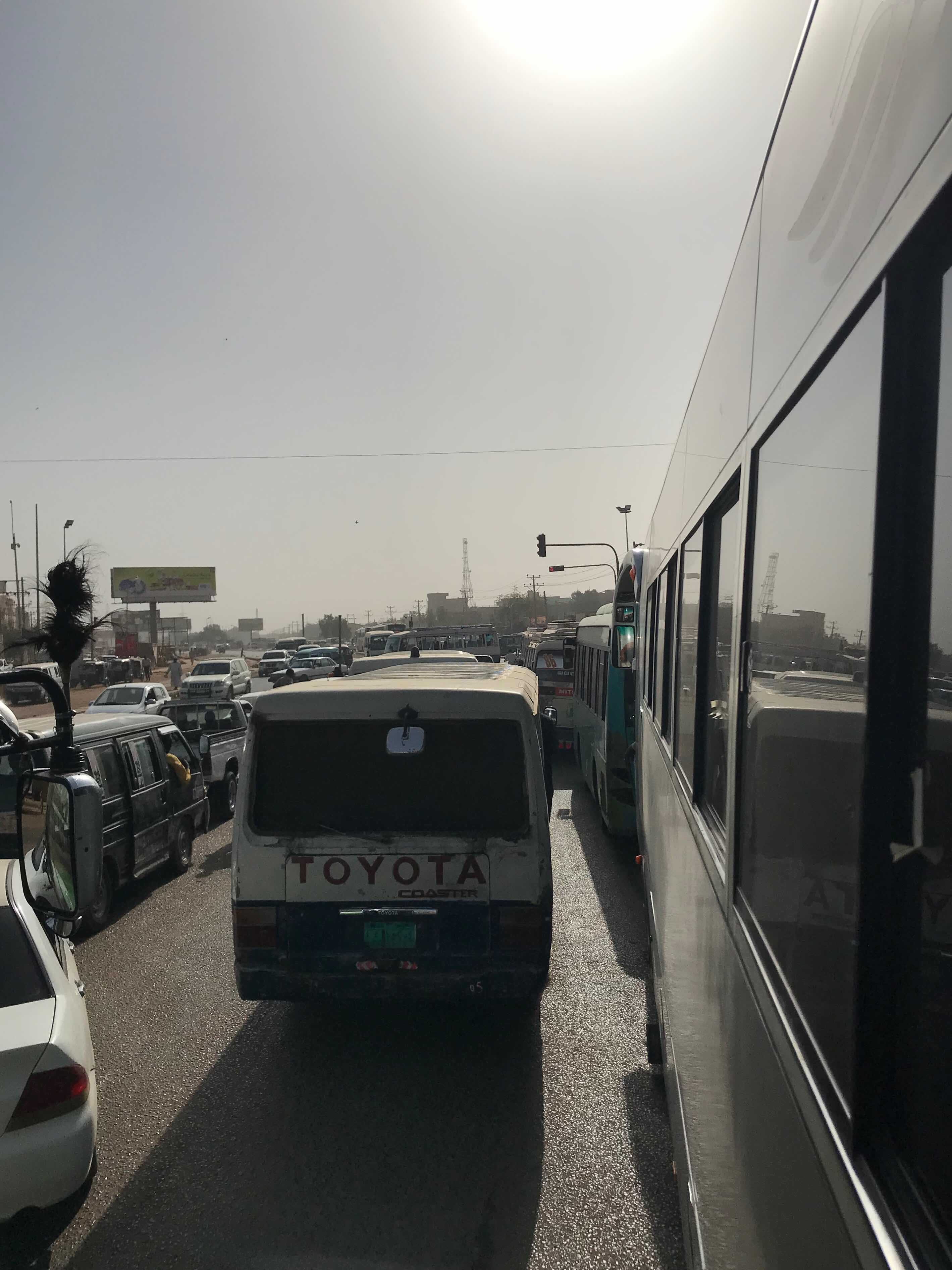 Making our way through Khartoum Traffic 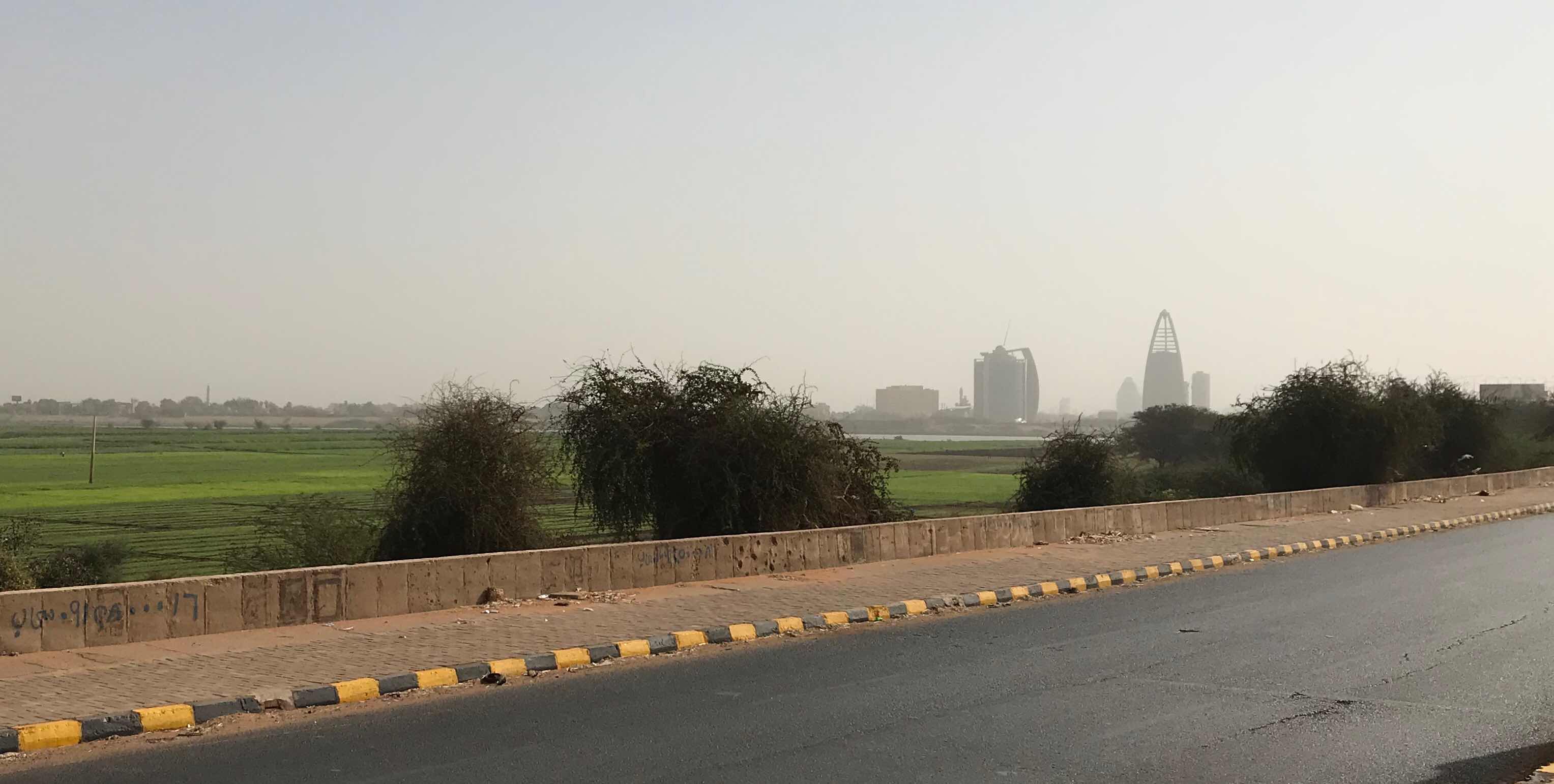 Khartoum skyline, highrises (16 storeys high) at the confluence of the White and Blue Nile… 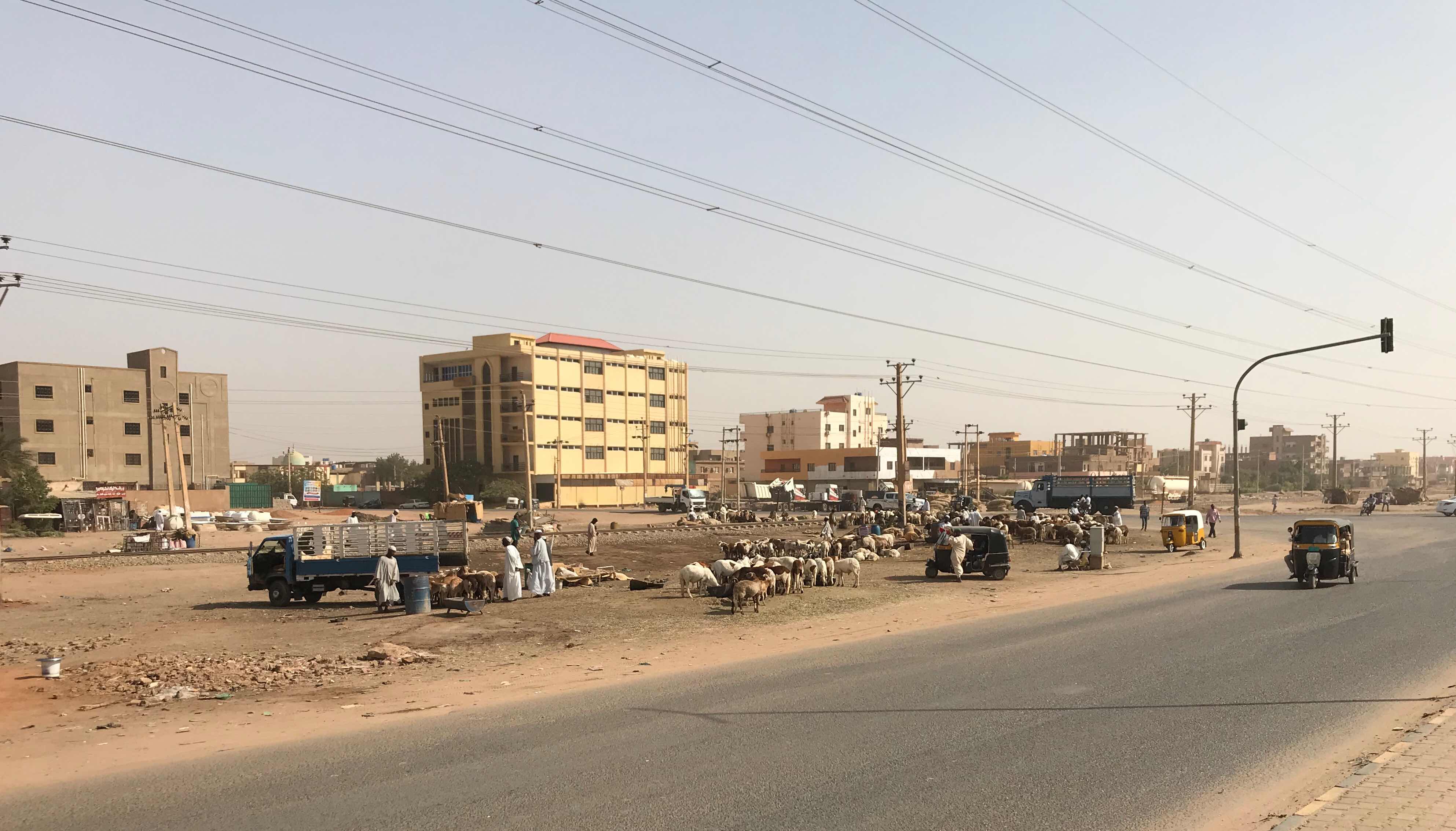 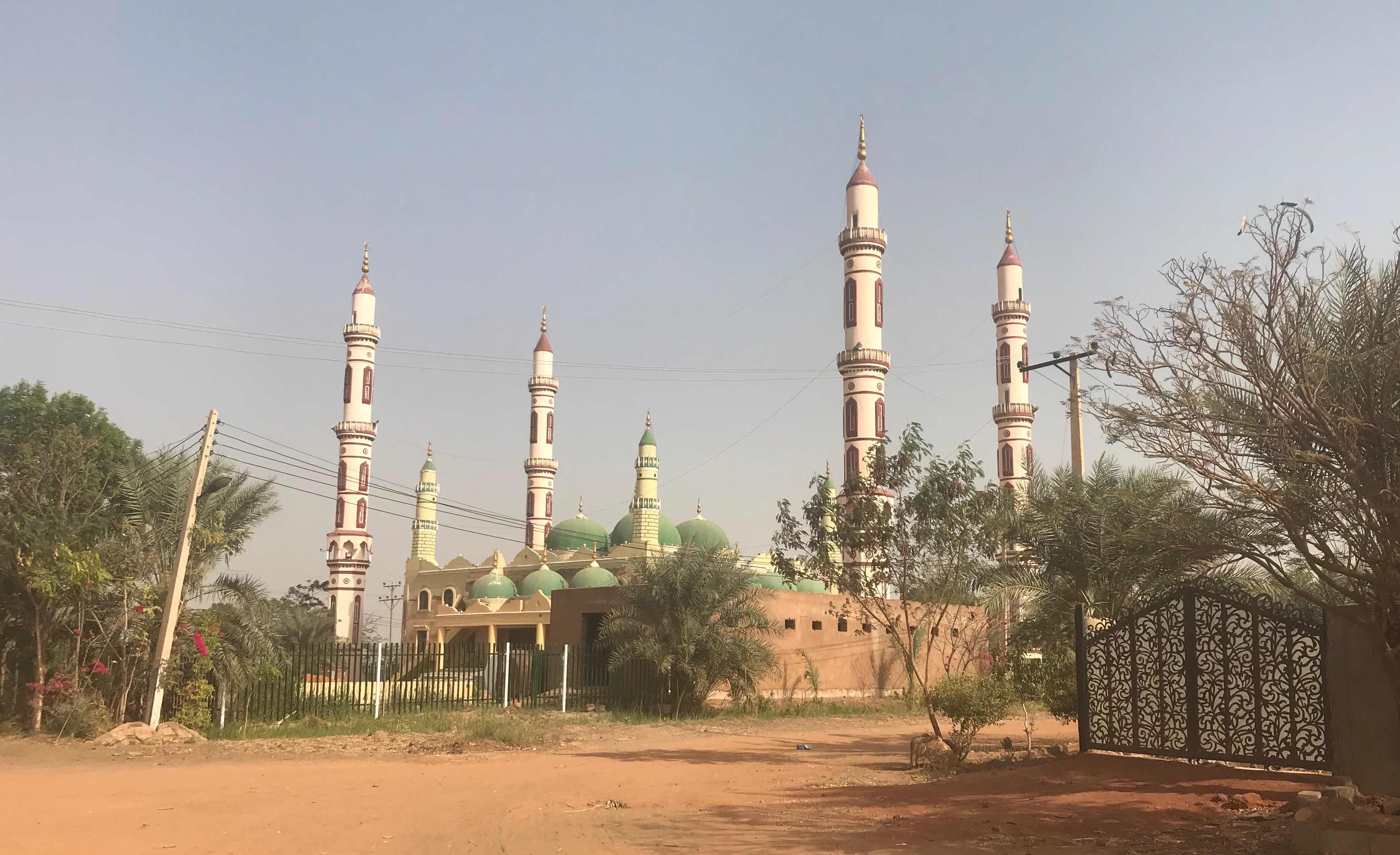 Making it to camp next to this nice little mosque 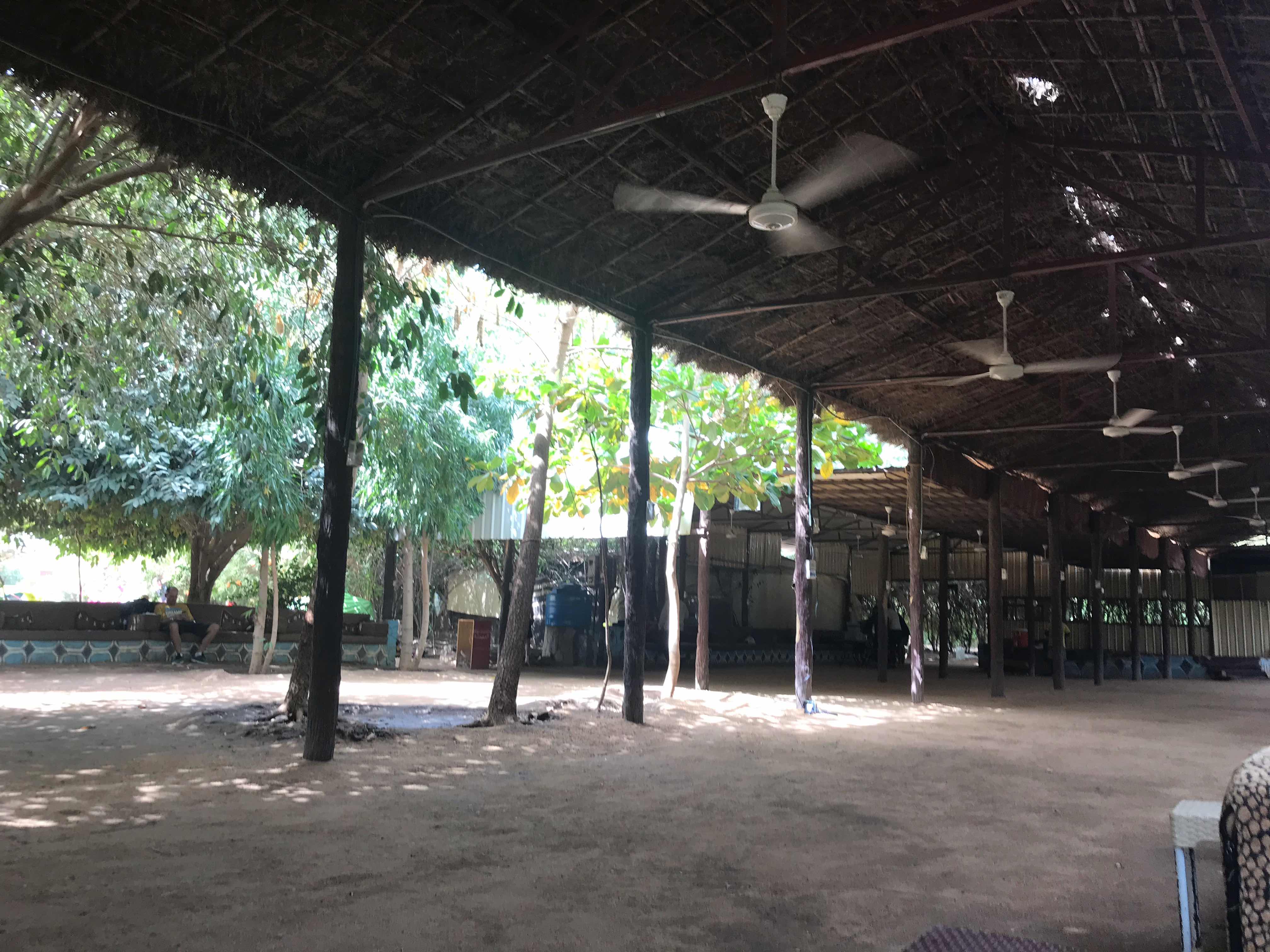 And after my shower I just lazed around in the shade, underneath the fans…