Today was another restday. We are camped just outside of Khartoum and the campsite is pretty good, but after having already spend the last two days off the bike and in camp I really didn’t feel like spending another day in camp today. Luckily new sectional rider Martin had arranged for a car to take him and anybody else who wanted to into the city…

TDA staff actually adviced against going into the city. However, yesterday I took a stroll in the area around our camp and ran into a man who was overseeing the construction of a new hotel. His English was quite well and he showed me around the construction site. I asked him about the situation in Khartoum and he told me that people indeed were angry and protesting, but that they would never harm visitors. Receiving a visitor is like receiving a gift of god he said, and you don’t hurt a gift of god.
So that gave some confidence. And if things would really turn sideways at least I would have a good story to tell once back home. Truth is that nothing was going on in Khartoum. It’s friday, the Islamic holy day, so all shops were closed and there was almost no traffic on the road, let alone protesters. The driver took ten of us in a minivan to see the confluence of the White and the Blue Nile, and after that he took us to the shore of the White Nile to see monkeys 🙂
After that we went to see the Blue Nile and then he took us to the National Museum of Sudan, which due to prayer was closed. Instead we had us taken to the Corinthia Hotel to have a look at the restaurant at the 16th floor. We had a great view over the city, but the food was to expensive so we ended up eating burgers and drinking milkshakes in the grand cafe on the ground floor, which was great 🙂
The truth is that Khartoum is quite a sad city. It’s the least impressive city I’ve seen so far anywhere. Everything is a mess and old and dilapidated, with the exemption of some modern 20 storey highrises that were built when Sudan was still exporting large amounts of oil in the beginning of the 2000’s. I can understand why the people here want change. The country has so much more potential. If I was a dictator I would at least want to show of my illegally optained power by building monuments with my name on it. Or build a complete new city of Romy, to make my name ring into eternity. But nothing like this happens here. Truth is that mr Al Bashir might not be good for the country, but the US, EU, Egypt and other Arab nations rather have him than some other mad man. And for that reason the people of Sudan are left to fight their own battle. And they are non-violent people.
After our burgers and milkshakes we returned to camp, where a band was playing local African music to kill some time, which was pretty nice! After that it was dinner, lazing around and writing the blog. Somewhere around 2000 Vikash returned to camp. He had visited the family of a friend of a friend and had spent the day in Khartoum as well. From this visit he brought with him a small soda bottle of very special local strong tea which we drank with a few of us, which was pretty nice after not having such tea since leaving Egypt!
Next are six days of riding into Ethiopia and into Gondar. Hopefully I’ll be able to find my legs again! 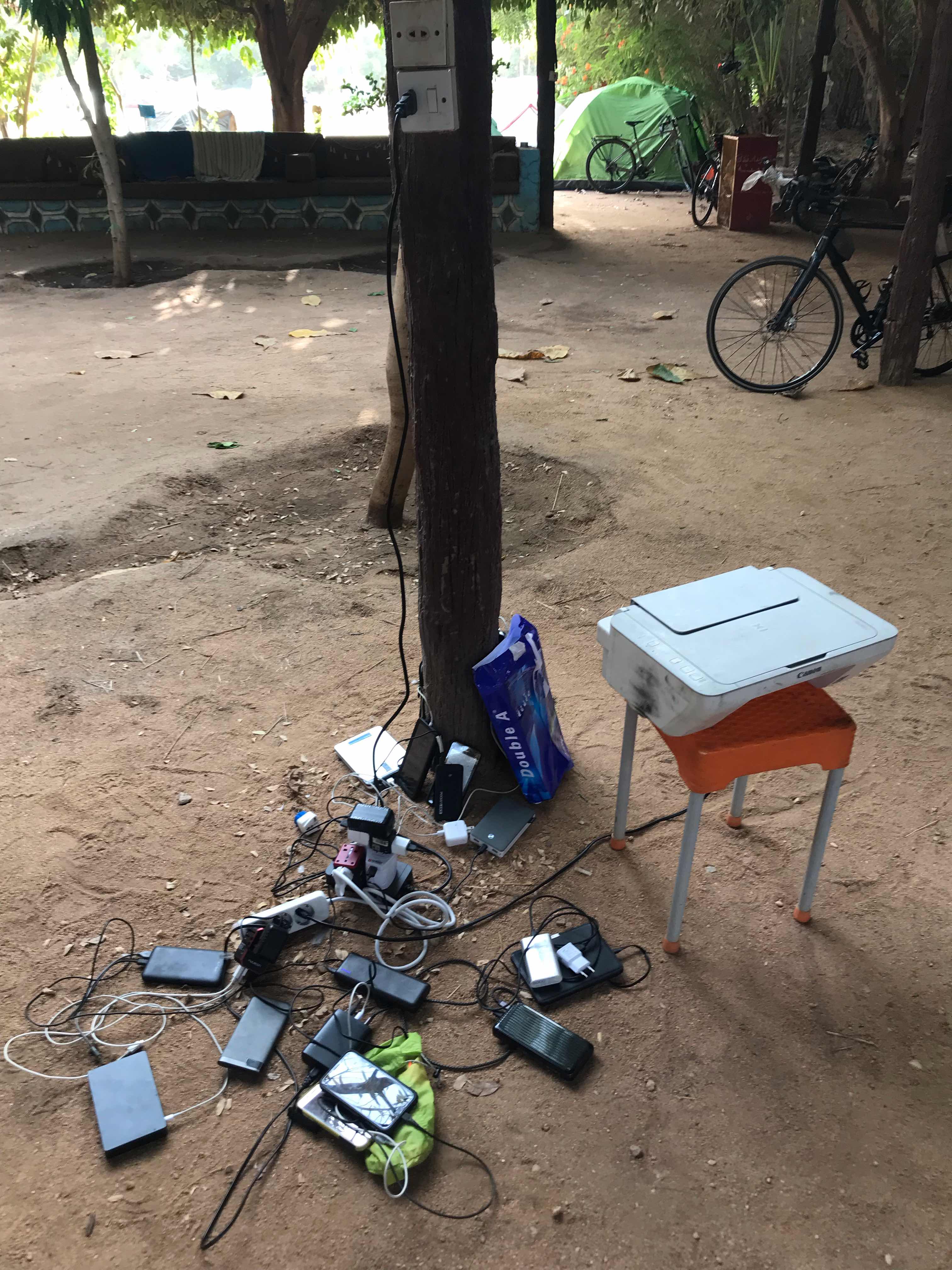 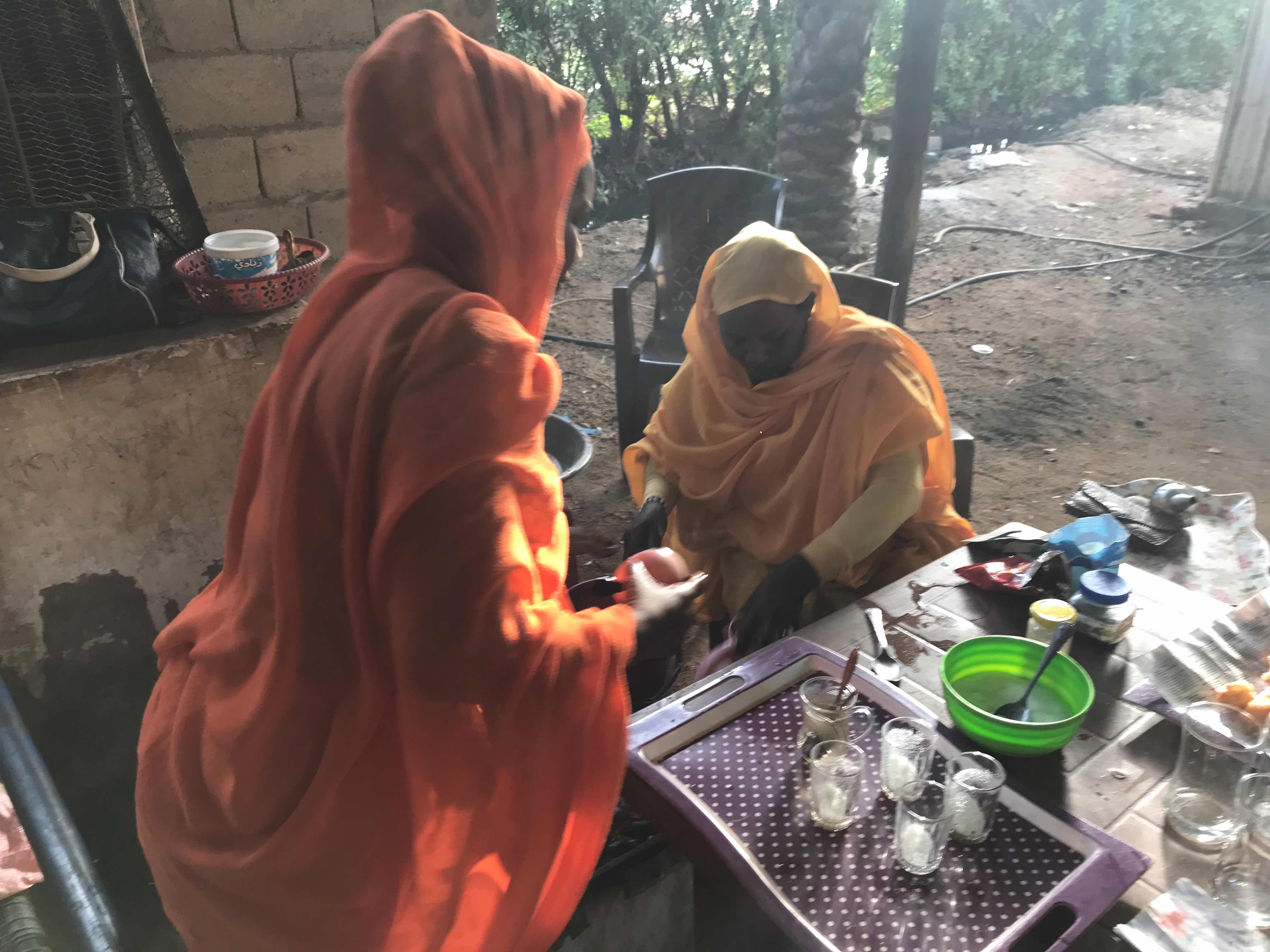 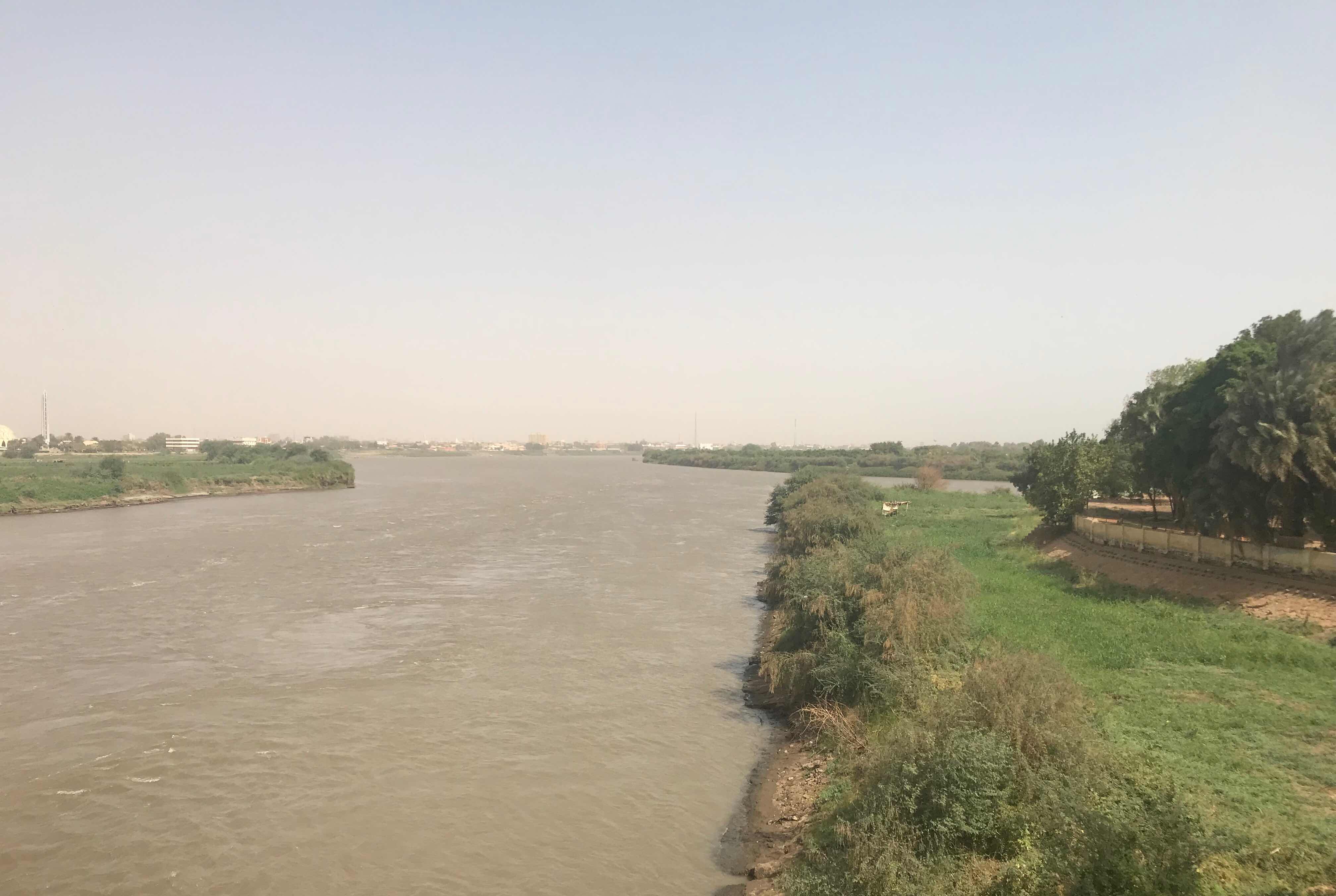 Confluence of the White Nile and Blue Nile 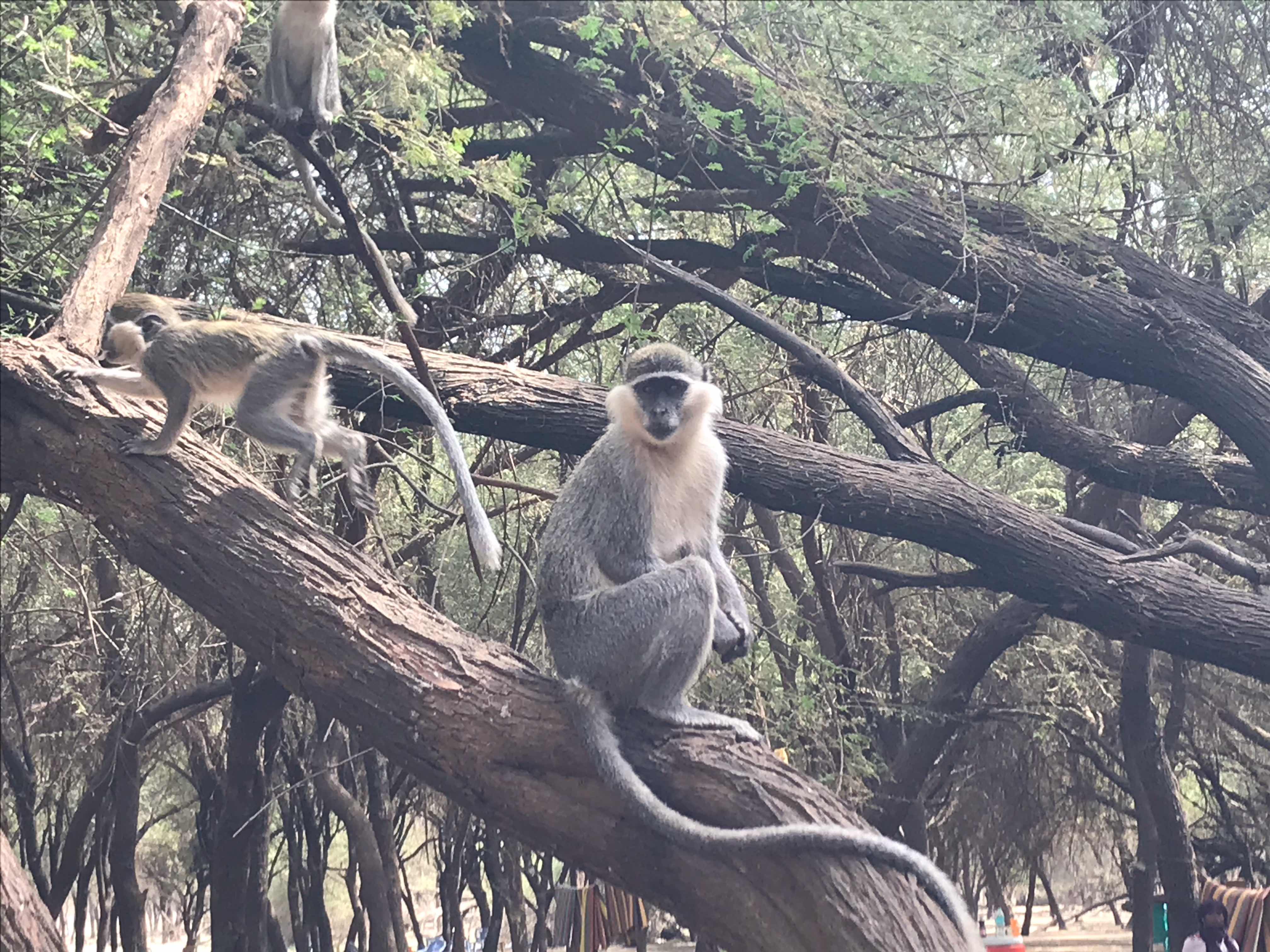 Monkeys on the shore of the Nile!

Overview of the city. Left the White Nile, Right the Blue Nile 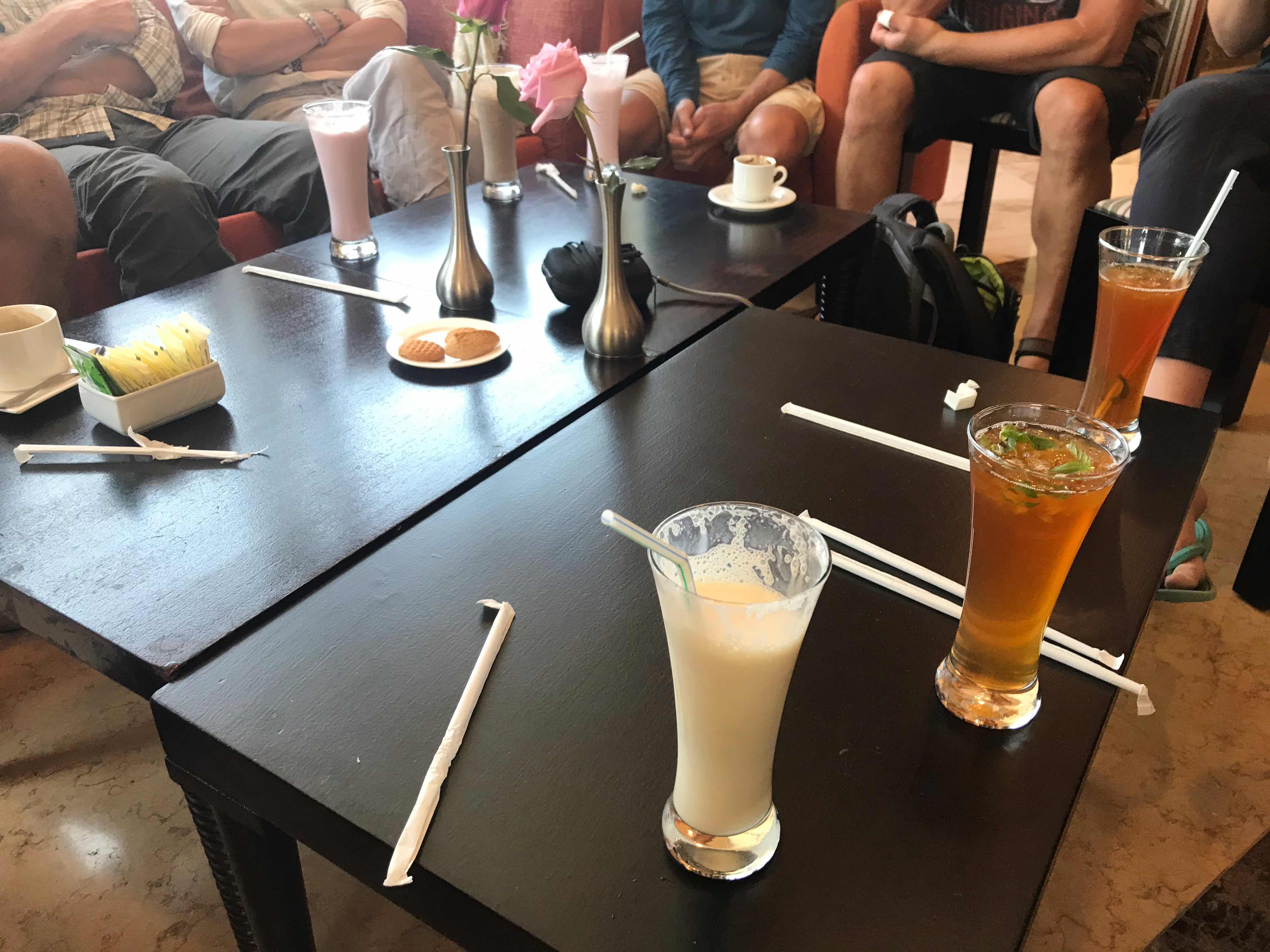 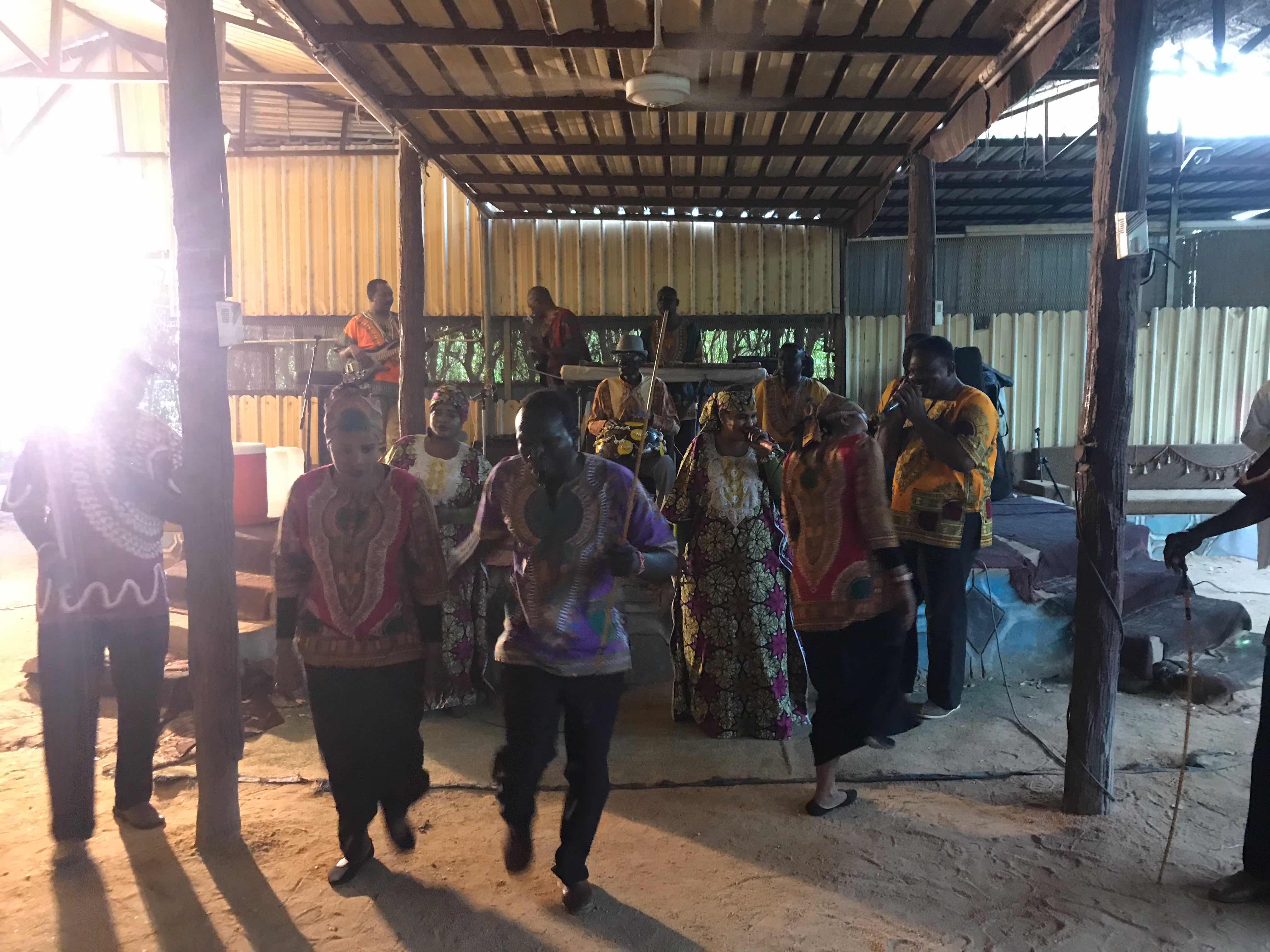 Local Song and Dance at camp 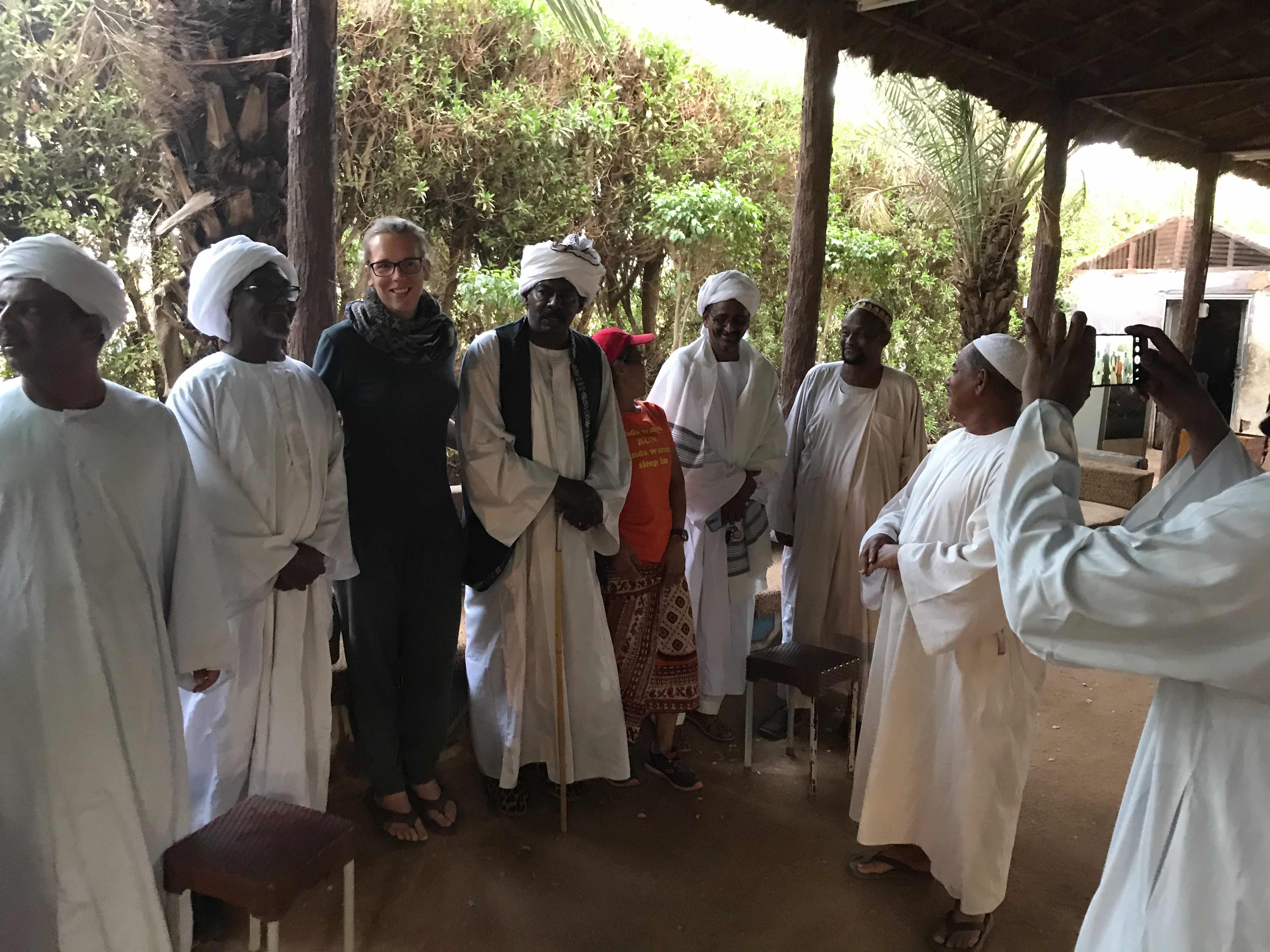 Fiona and me taking pictures with the traditional Muslim men. No submission at all, very friendly!