Another 150k. My morning routine is taking shape. Breakfast was at 615. Got up at 530. After dressing and breaking up the tent breakfast was ready. I stuffed some in my mouth and then at 630 I was first out of camp. I rode by myself but had Tim and Ashley drafting behind me quite soon. I slowed down because I really didn’t want to ride in a train again. They took off and I was by myself again. A bit later I was overtaken by Baldr and Steve, but by now they know I like to ride my own pace so they took off pretty quickly. Last to overtake me was Matz. Hadn’t talked to Matz too much yet so we rode together for a bit, which was fun. At some point I stopped for a picture and he took off.

The desert keeps amazing me. It just has so many faces and it’s so empty and vast. Made it to lunch at 80k in no time. They had some good bread and combined with some mayo, ketchup, mosterd, cucumber and tomato it was just like eating a burger without the burger. Just using a bit of imagination….
10k after lunch there was a little shop with cokes. I bought two cokes but as I was by myself I was not really sure whether I felt comfortable staying there to drnk them. And because I just had lunch I took off with the idea of stopping later at 125k. As it turned out there was a little unannounced town at 125k. Again I was not sure whether I was ok staying there by myself… So I decided to get off the bike and just stood along the main road for a while to see how the people would react. People smiled and waved and came over to shake hands, so it felt good! I found a little coffee shop and ordered some tea and just sat there on a plastic chair nipping on my tea. When I entered the coffeeshop it was empty, but now people started dripping in, one by one. And they all stopped to shake hands and to ask where I was going. After 30 minutes the coffeeshop was full with curious men, young and old 🙂 and all very polite! After 45 minutes I took off and wanted to pay for the teas I had been drinking, but there was no way that the store owner would accept any payment. An amazing experience!
The last 25k were easy, down hill and with a tail wind. After an entire day in the desert the route hit the Nile again. The contrast is still amazing! At camp there were a lot of curious children, who came very close but were brought up well enough to not touch any of our stuff. After I took a picture with them and showed it to them they lost their interest in me and they started bugging Fred, who was very pleased with the shift of attention.
Camp is the near the Nile so after putting up the tent I walked over there and had a good sleep in the grass directly on the Nile’s shore. The local fishermen had assured me that the crocodiles only live on the other shore of the river. After my nap I just sat there and talked and laughed witb Vikas and Baldr for a while. We asked Tallis if he could fetch us a crocodile but unfortunately he wouldn’t.
Great day today, although it would’ve been better if Tallis did fetch us that crocodile…. 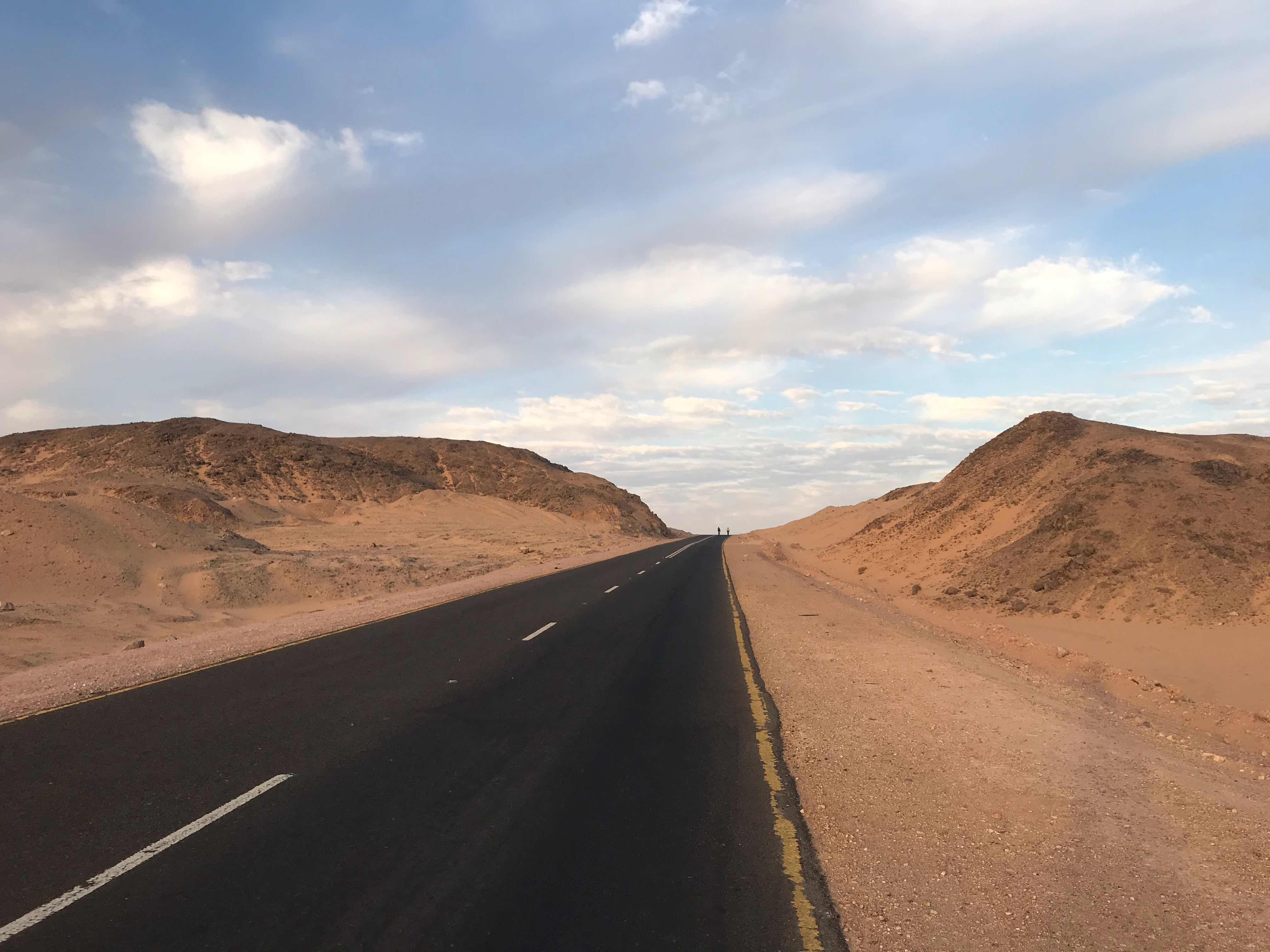 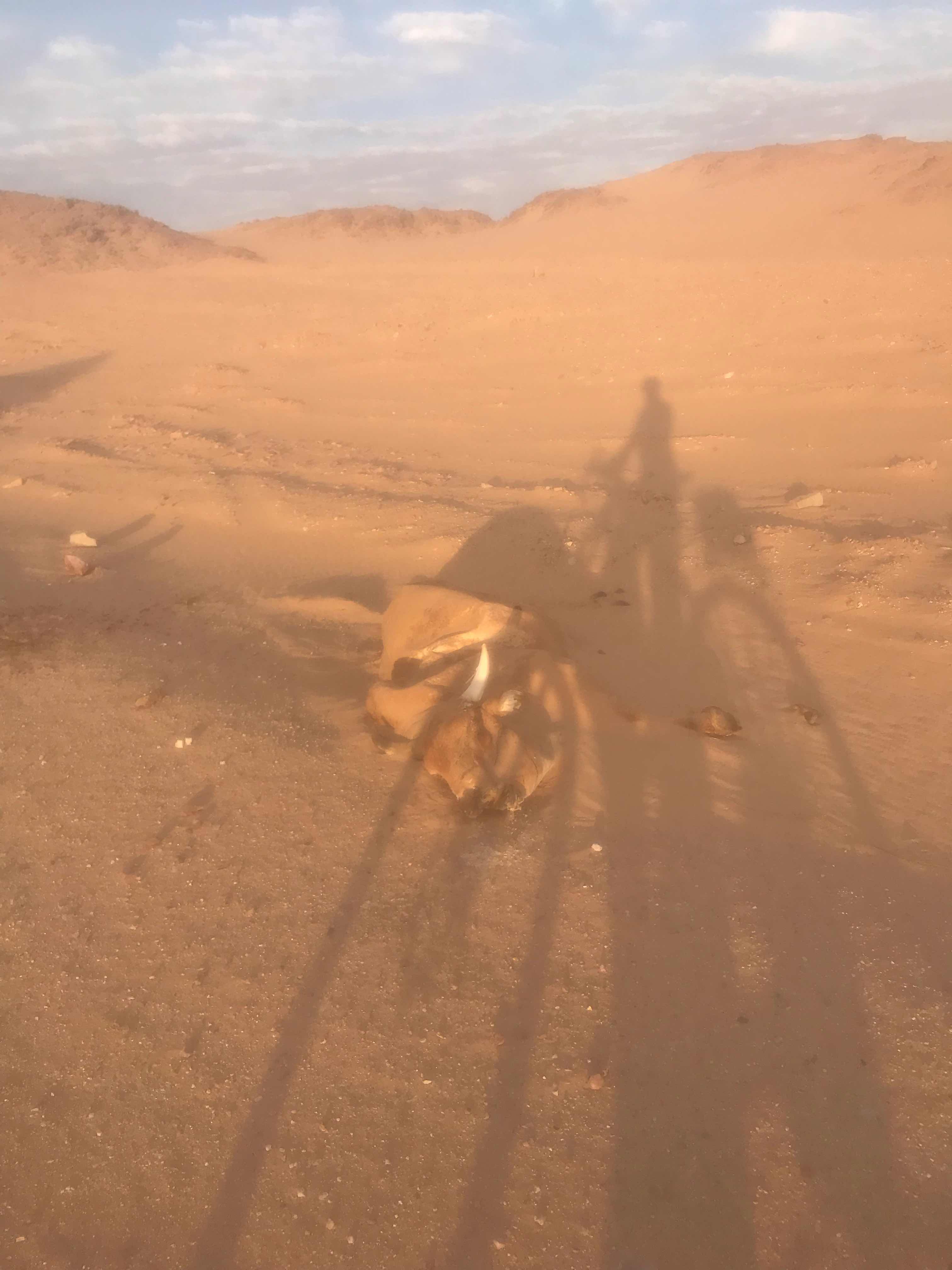 Cows don’t survive the desert. Good to know that I’m tougher than cow… 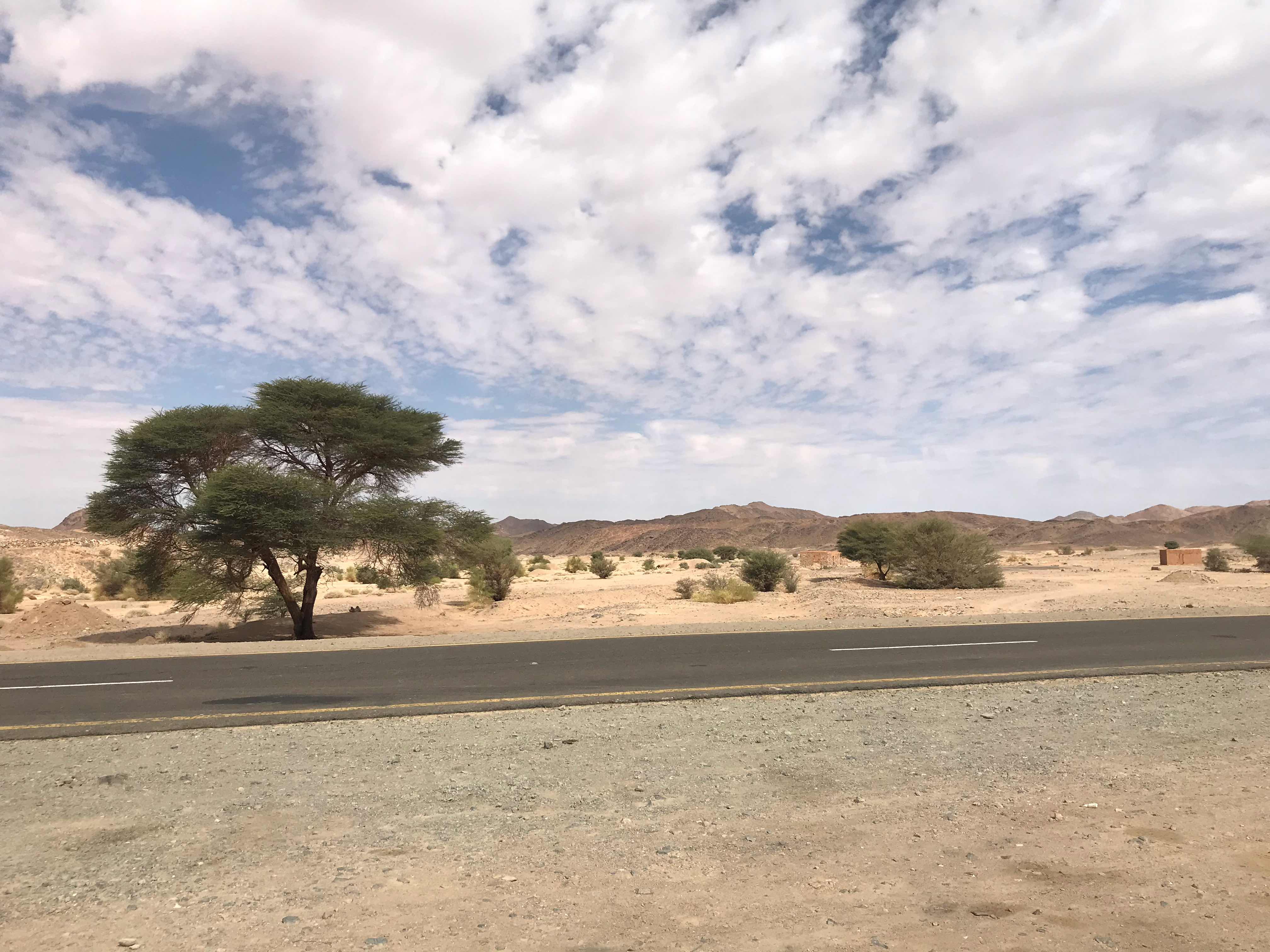 And today there were trees in the desert! 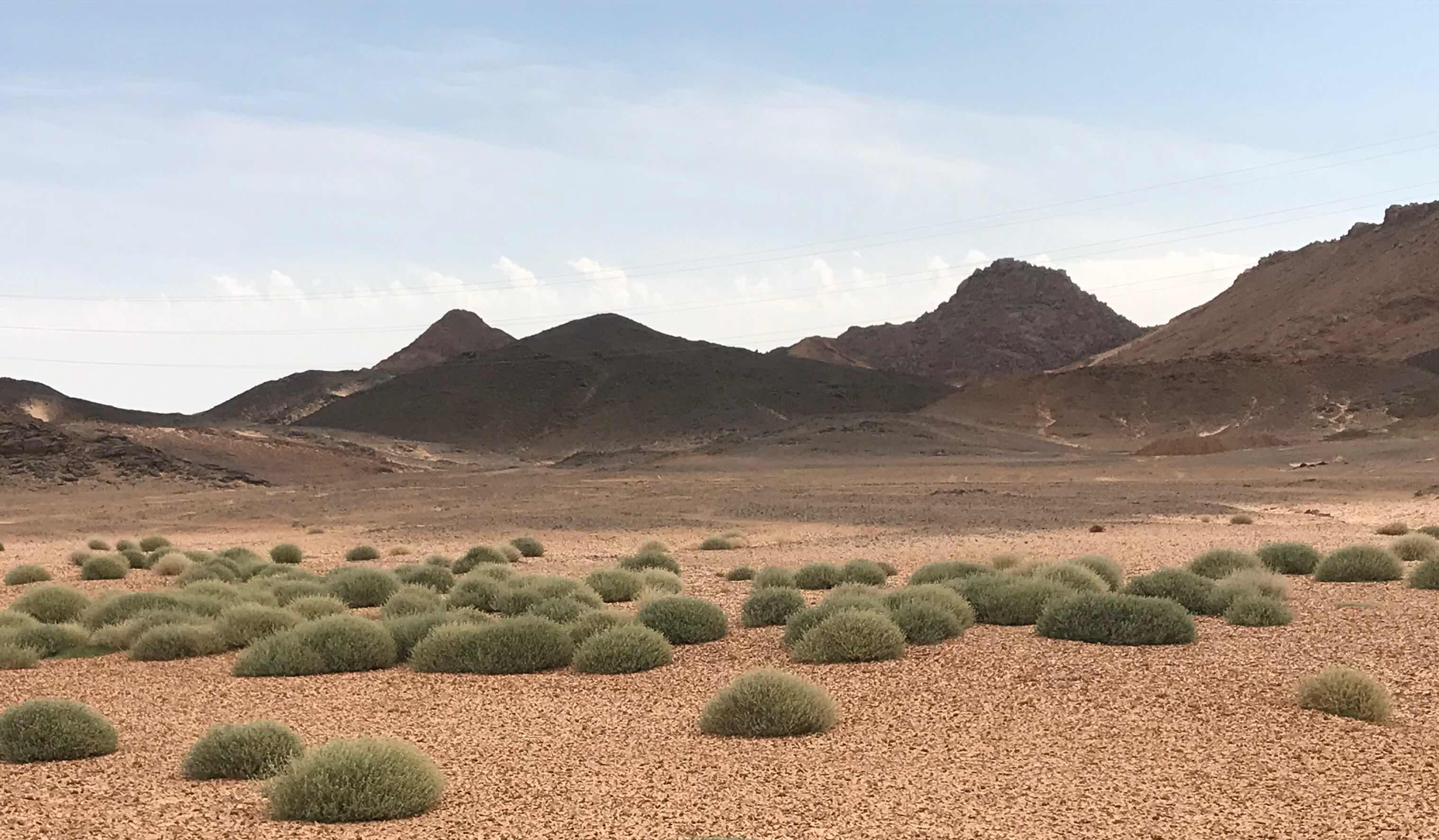 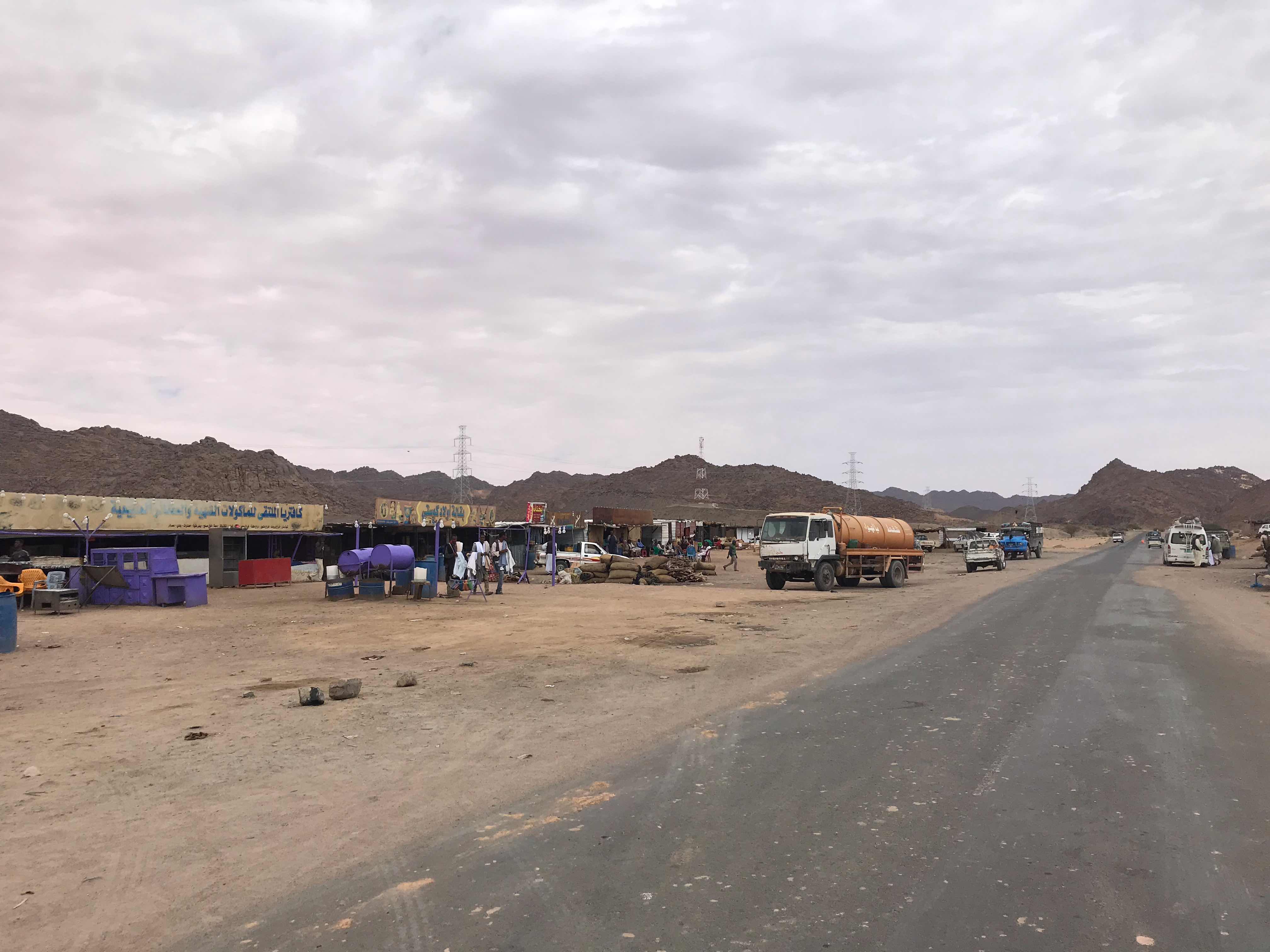 And a little town! 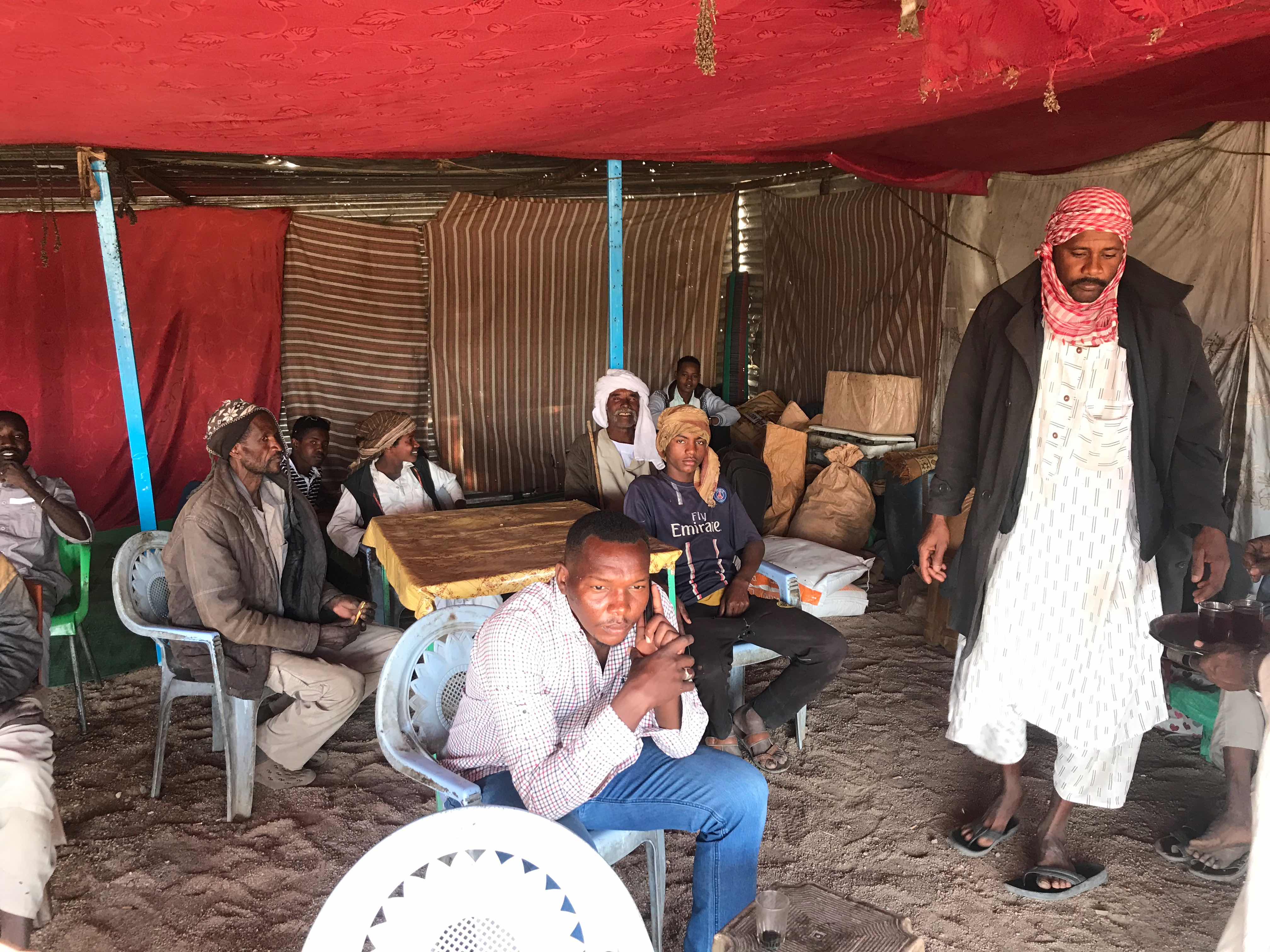 And a coffee shop with curious men! 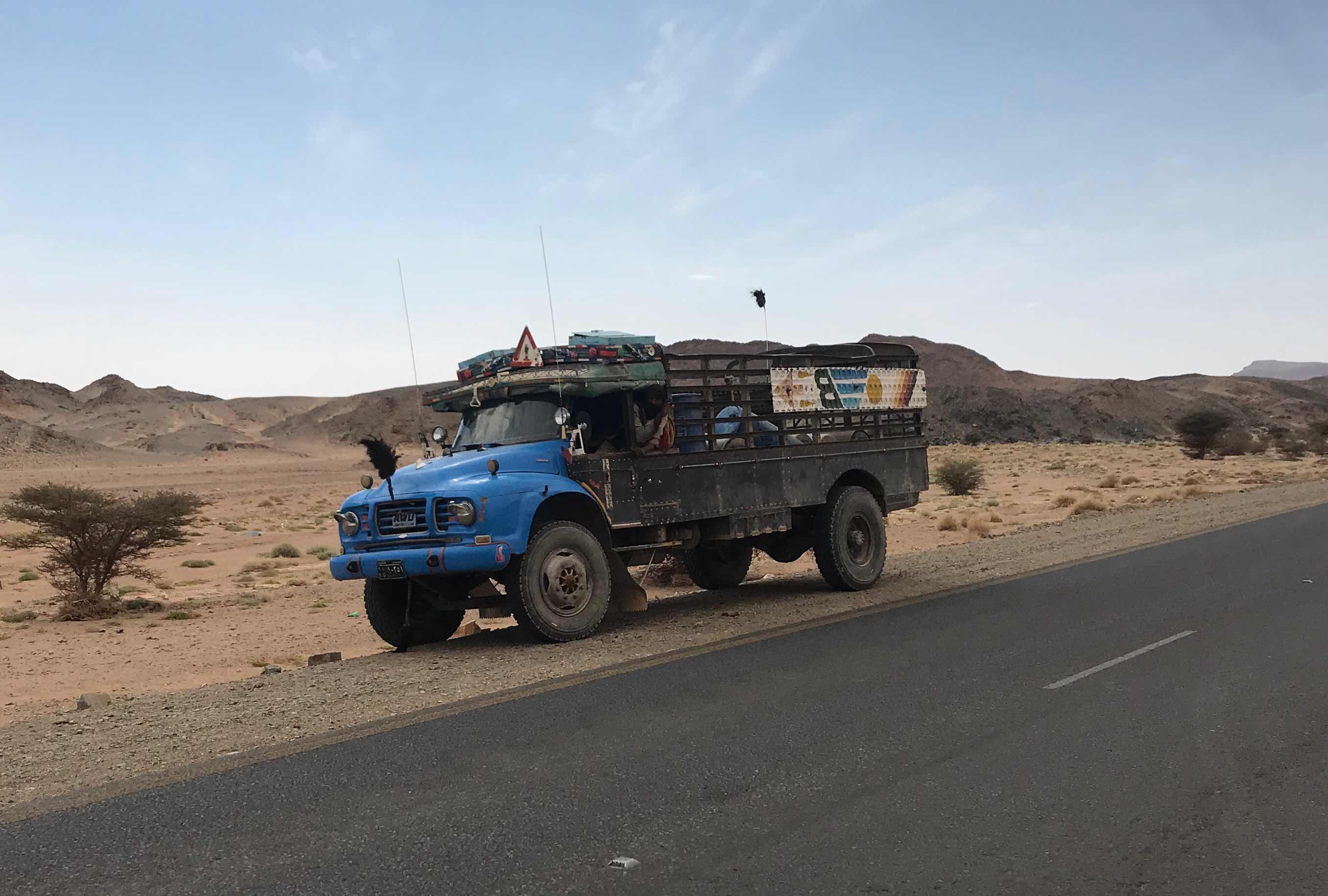 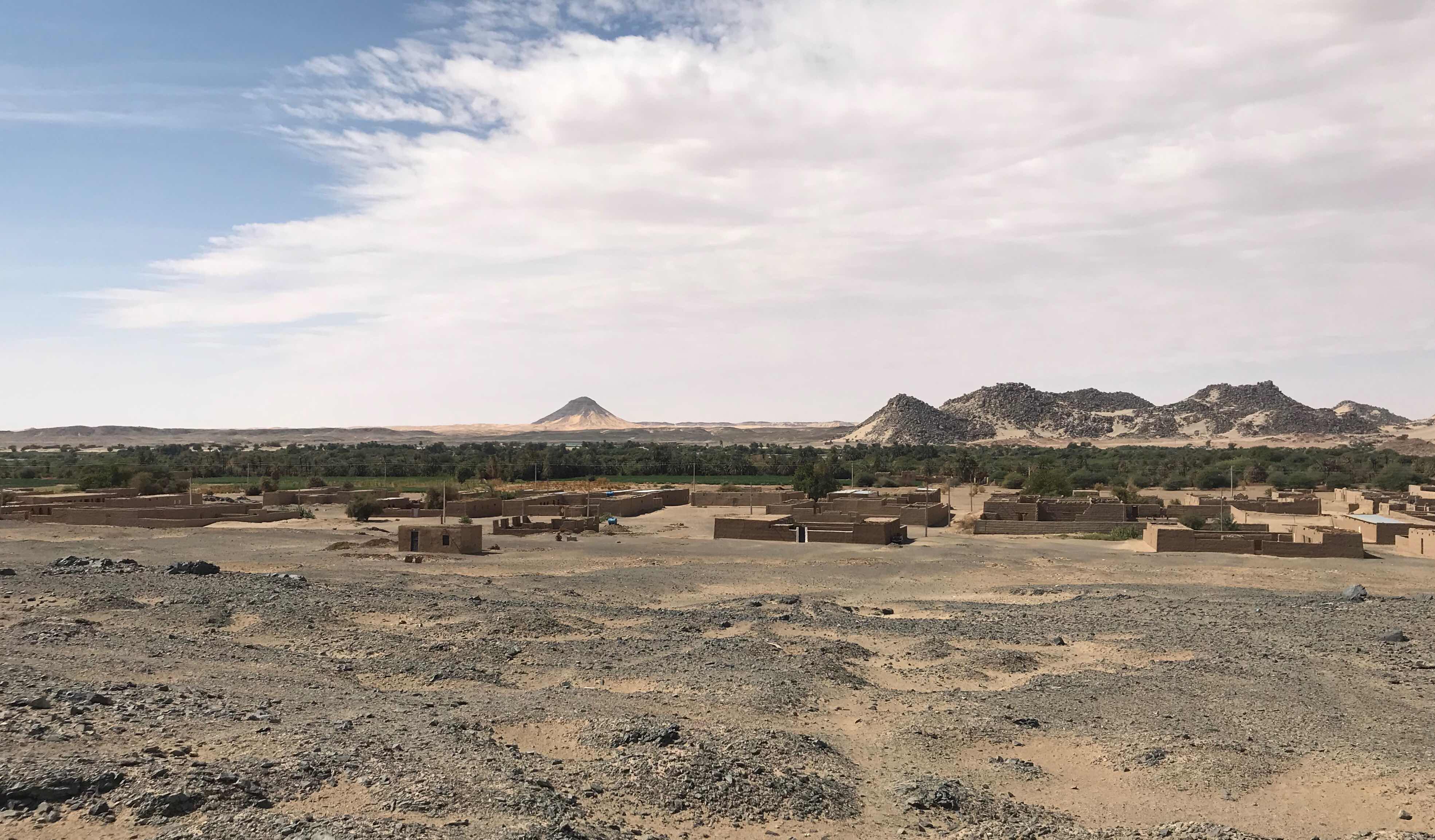 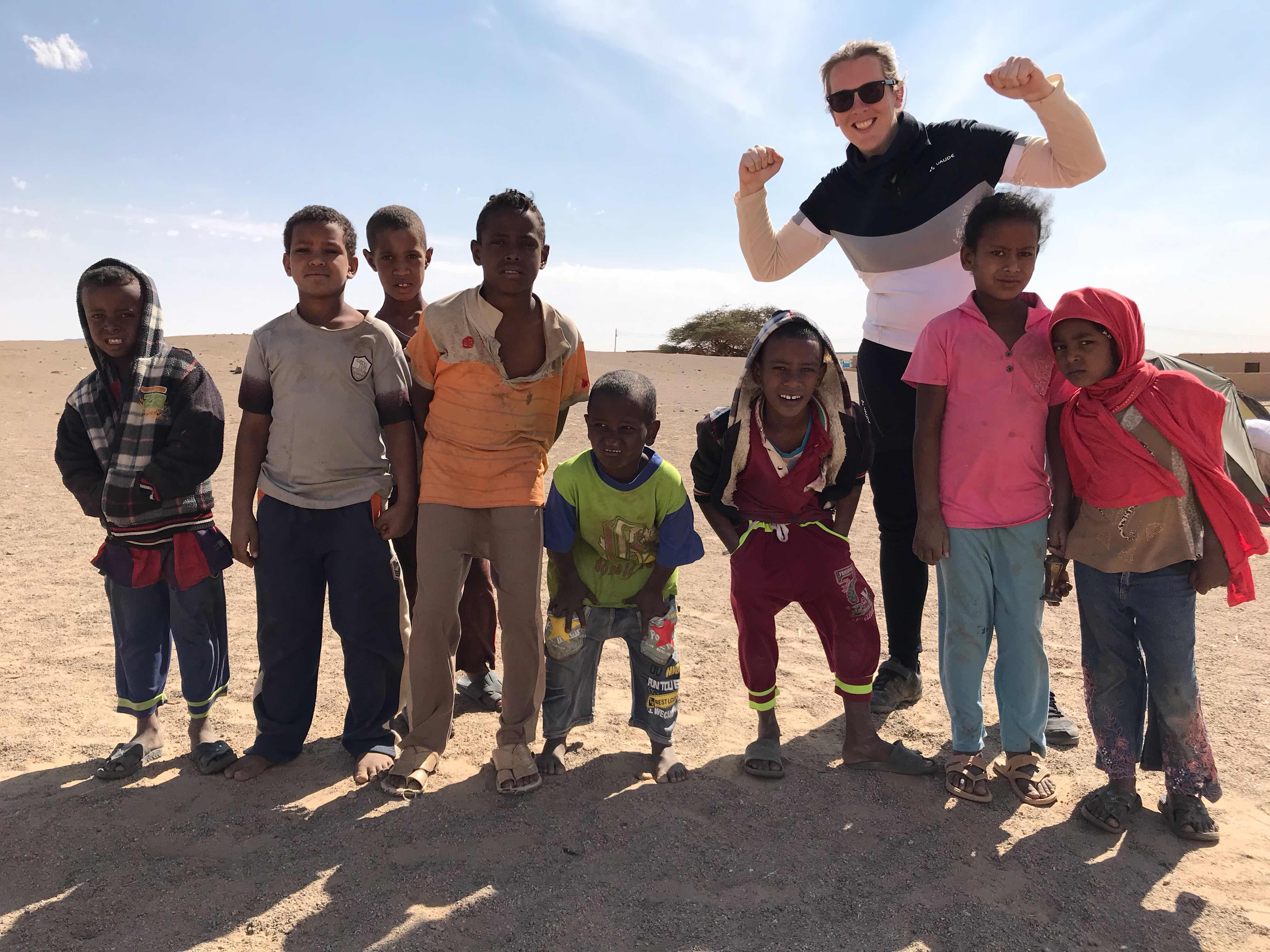 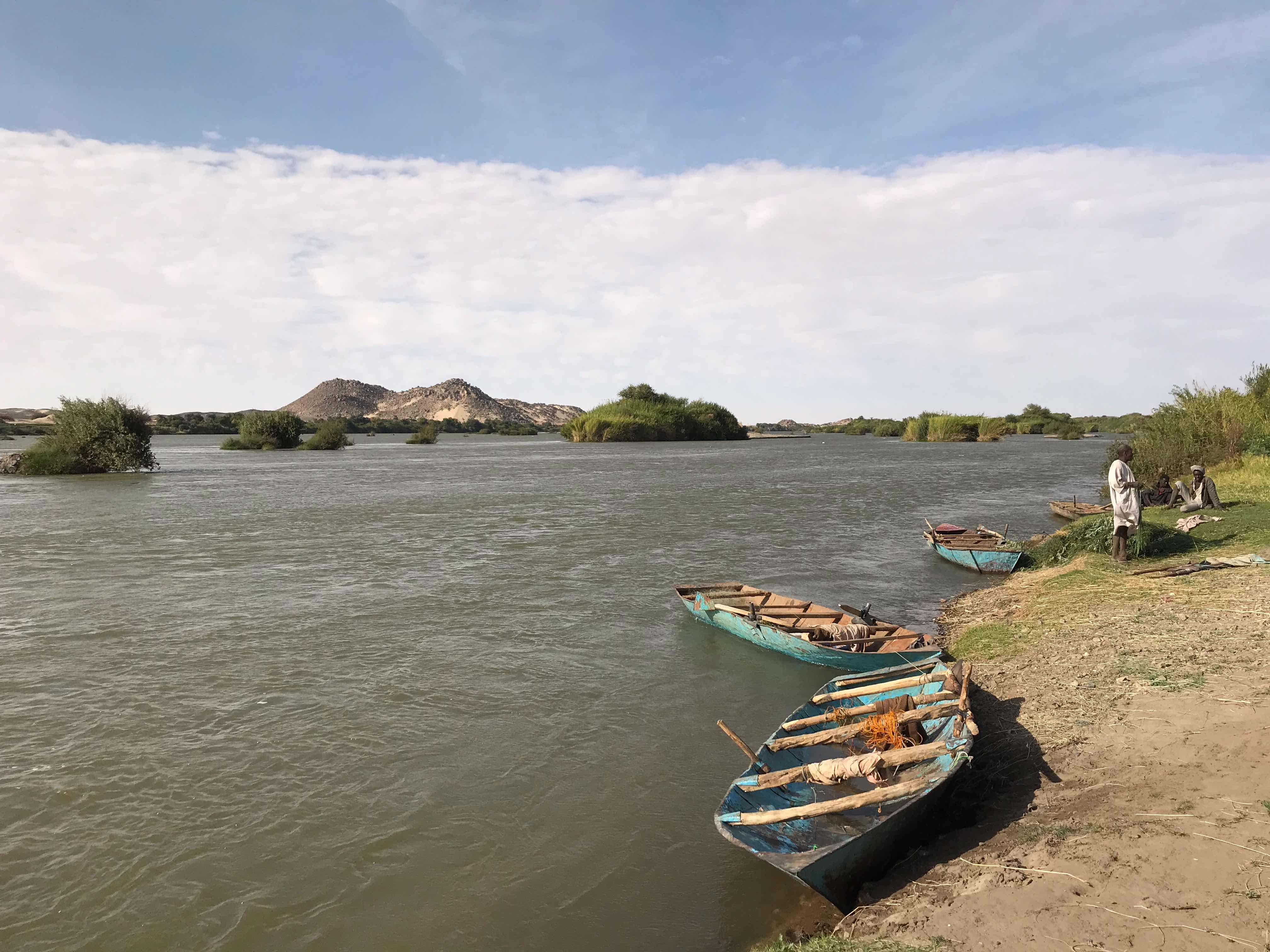 And crocodiles (on the other shore) 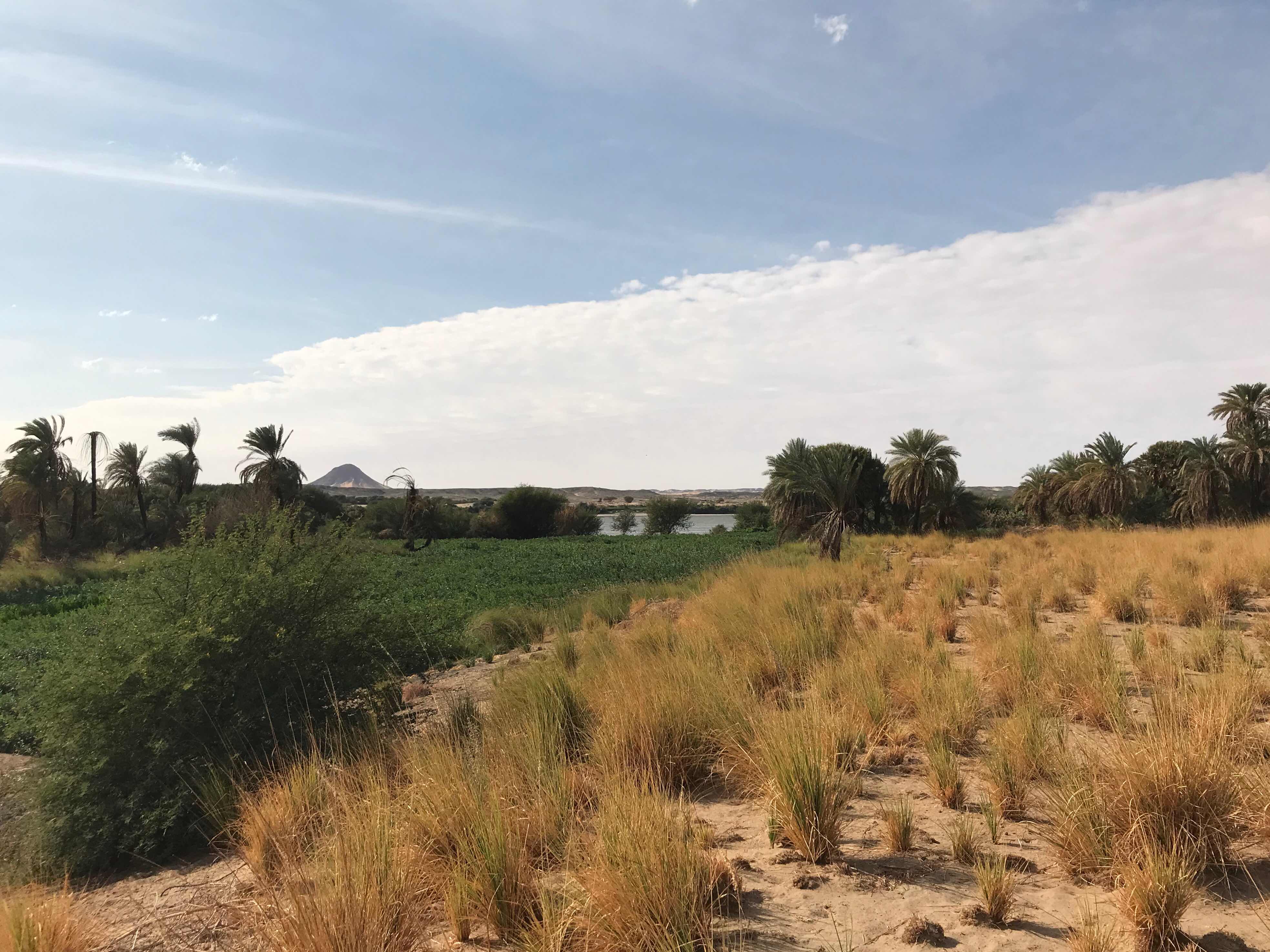