We’re in Sudan! Who would have thought I would ever get to a country like Sudan? Economic and trade sanctions have been in place here since 1997 due to the country sponsoring terrorism and violating human rights in South Sudan and Darfur, and the country hasn’t had a US ambassador since 1998. Since 2017 sanctions are gradually being lifted because in recent years Sudan has moved into the direction of the Western Coalitions acting against terrorism and the country no longer protects human right violaters. Despite this, Sudan currently copes with hyper inflation, leading to protests against 75 year old president Omar Al Bashir who has been in office since 1993. Apparantly tensions are currently quite high in the Capital Khartoum and protests are suposedly ended with deadly violence. In order to control the protests all social media are blocked on the internet and are only accessible through VPN.

Sounds like a nice place to visit? Untill now people have only been friendly. We started today with crossing lake Nasser by Ferry. After the ferry ride it was some 35k to the border between Egypt and Sudan. At the border we first had to be checked out of Egypt, which took some 1,5 hours. Showing pasport, getting an exit stamp, filling in some forms, waiting for the final oke. And after that we had to be checked in into Sudan, which was more or less a similar process and which took about the same amount of time.
The Egyptians were very friendly waving us off and the Sudanese were welcoming us to their country with big smiles on their faces. I havn’t been shot at, or blown up. Men have not demanded me to be submissive. I have not been demanded to cover up my hair or my face. Men shake hands with me and smile at me. They encourage me when I’m on my bike, giving me the thumbs up. We have not yet been demanded to denounce our religion. We have not been chased by the police for looking like infidels. Politics is just a very limited part of a country. The rest is made by the people, and they are just proud that you visit their country. We could learn a lot from them. Welcoming strangers (domestic and from abroad) instead of fearing them and being suspicious….
I also have a lot of respect for our staff and their logistics, which on a tour like this are not easy. Today they managed to get us all safely out of Egypt and into Sudan. When we got to camp in Wadi Halfa they had arranged for a guy with whom we could exchange money and for a guy that could sell us sim cards. In combination with a proper VPN i am now pretty well connected, while I expected that I wouldn’t be here in Sudan. Well done TDA staff, for organizing everything and advising us on how to be able to connect to the outside world! Hopefully I’ll be able to keep on updating the blog regularly! 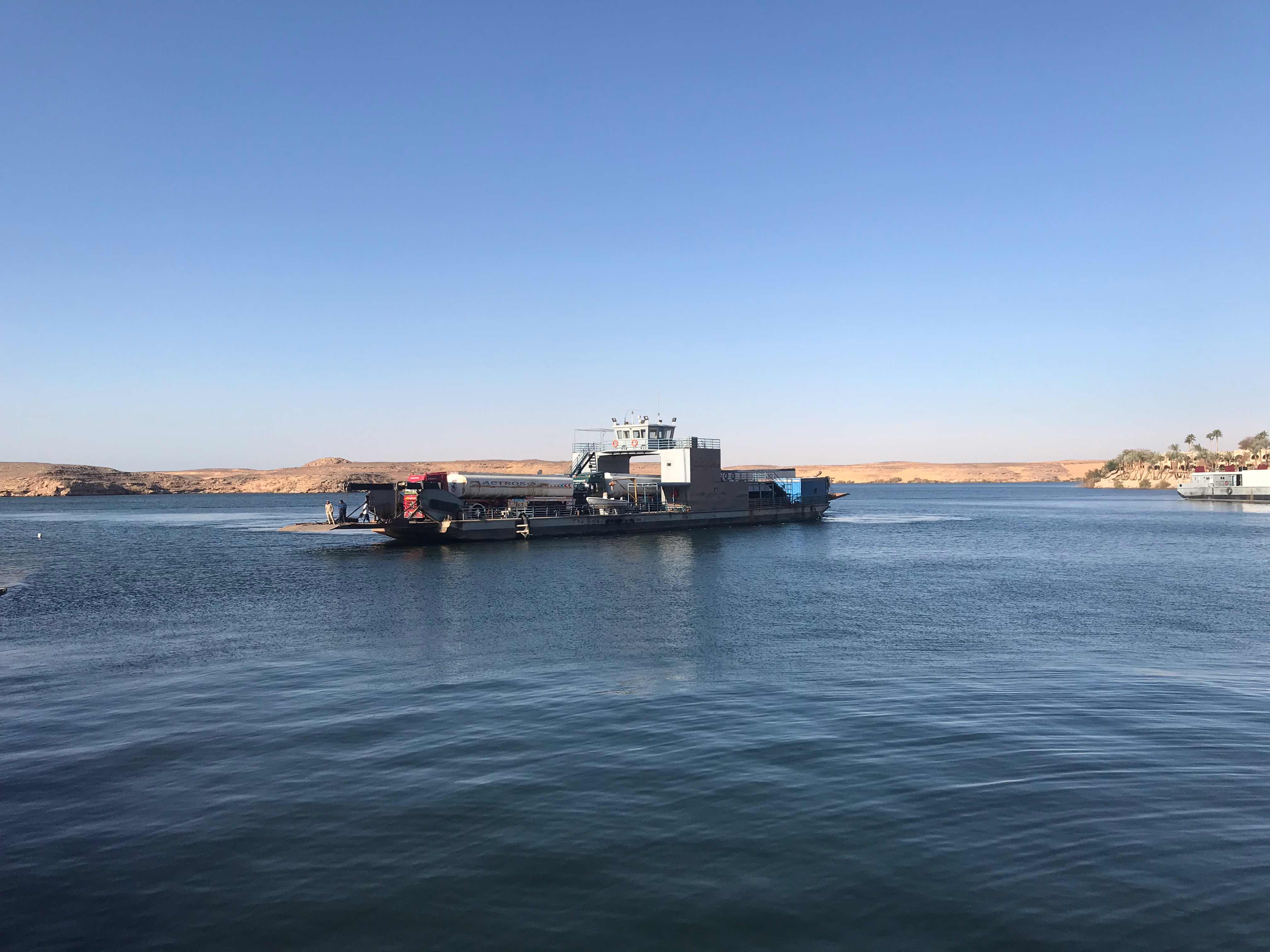 The ferry on lake Nasser 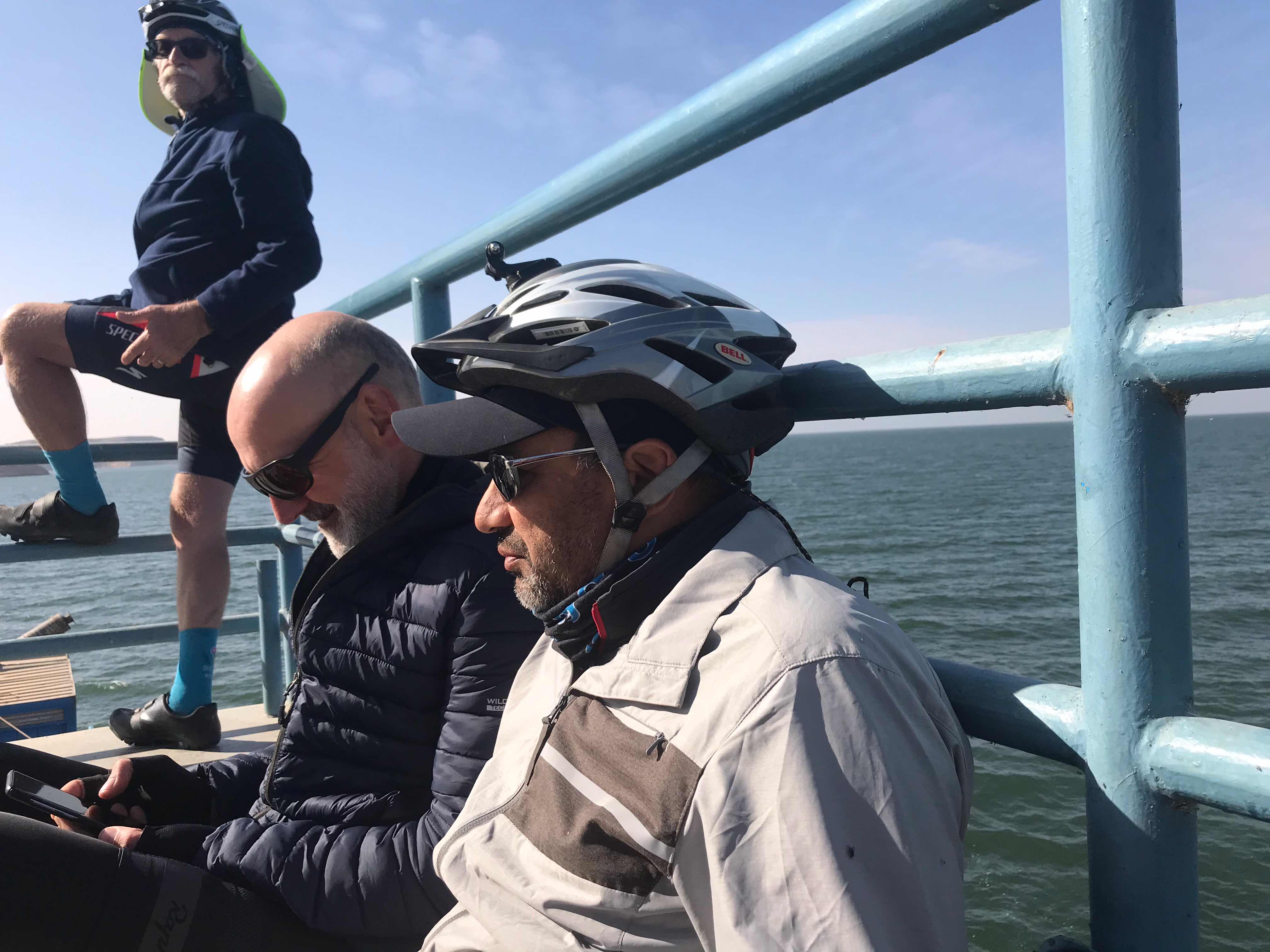 Tim, Baldr and Vikas on the ferry…

Disembarking on the other side of the lake! 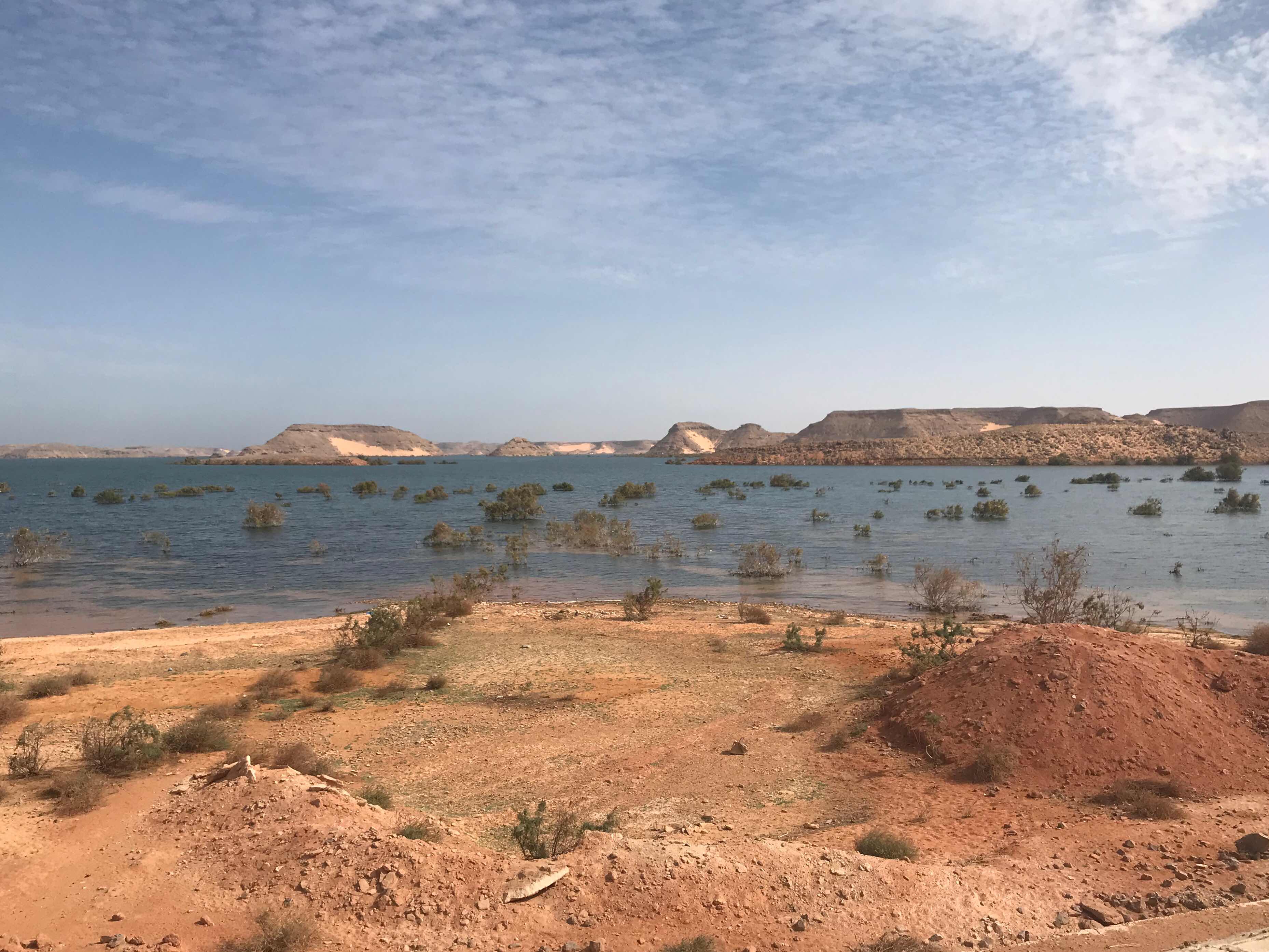 Water in the desert, pretty strange… 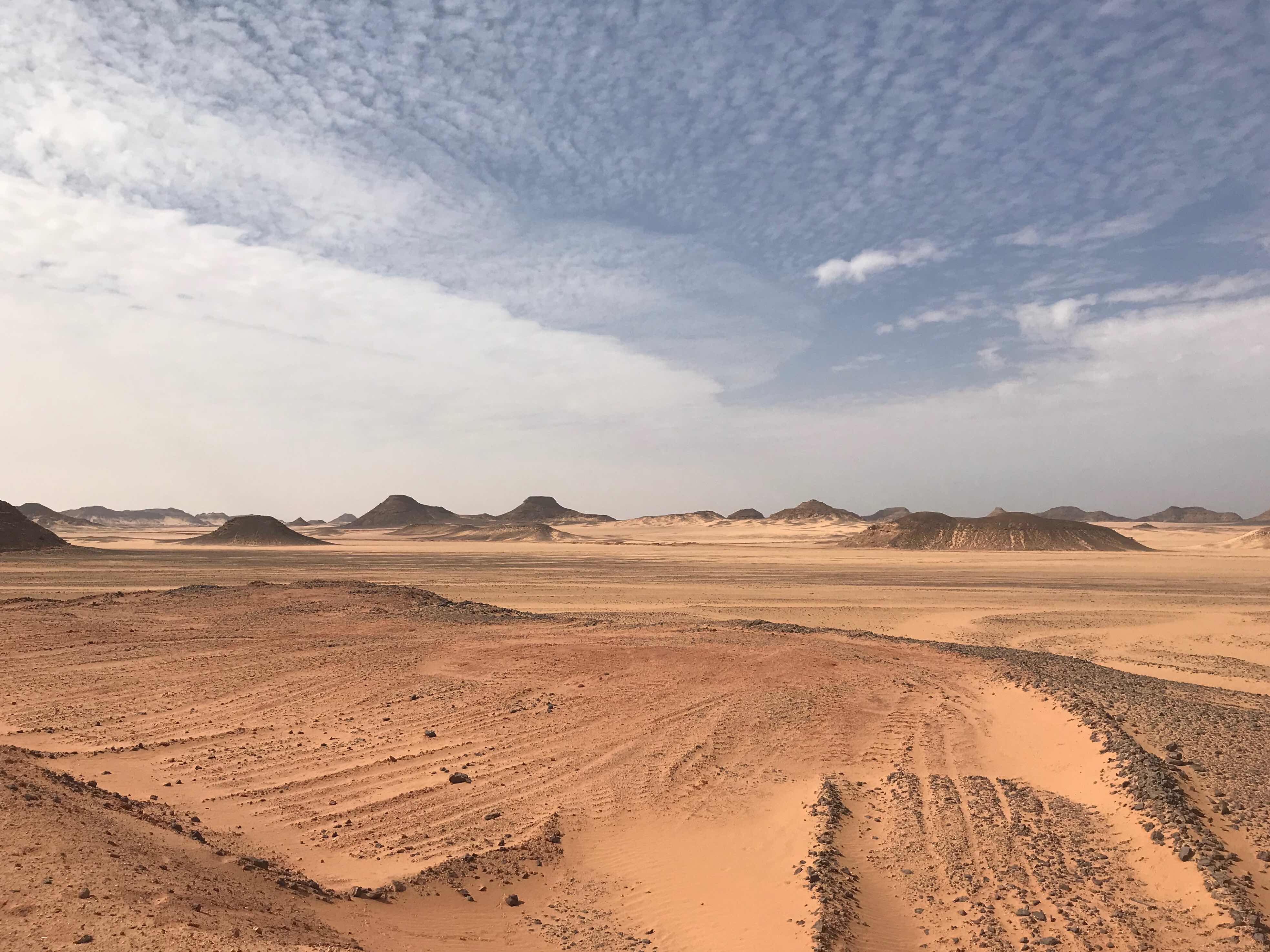 The desert is just so diverse and empty! 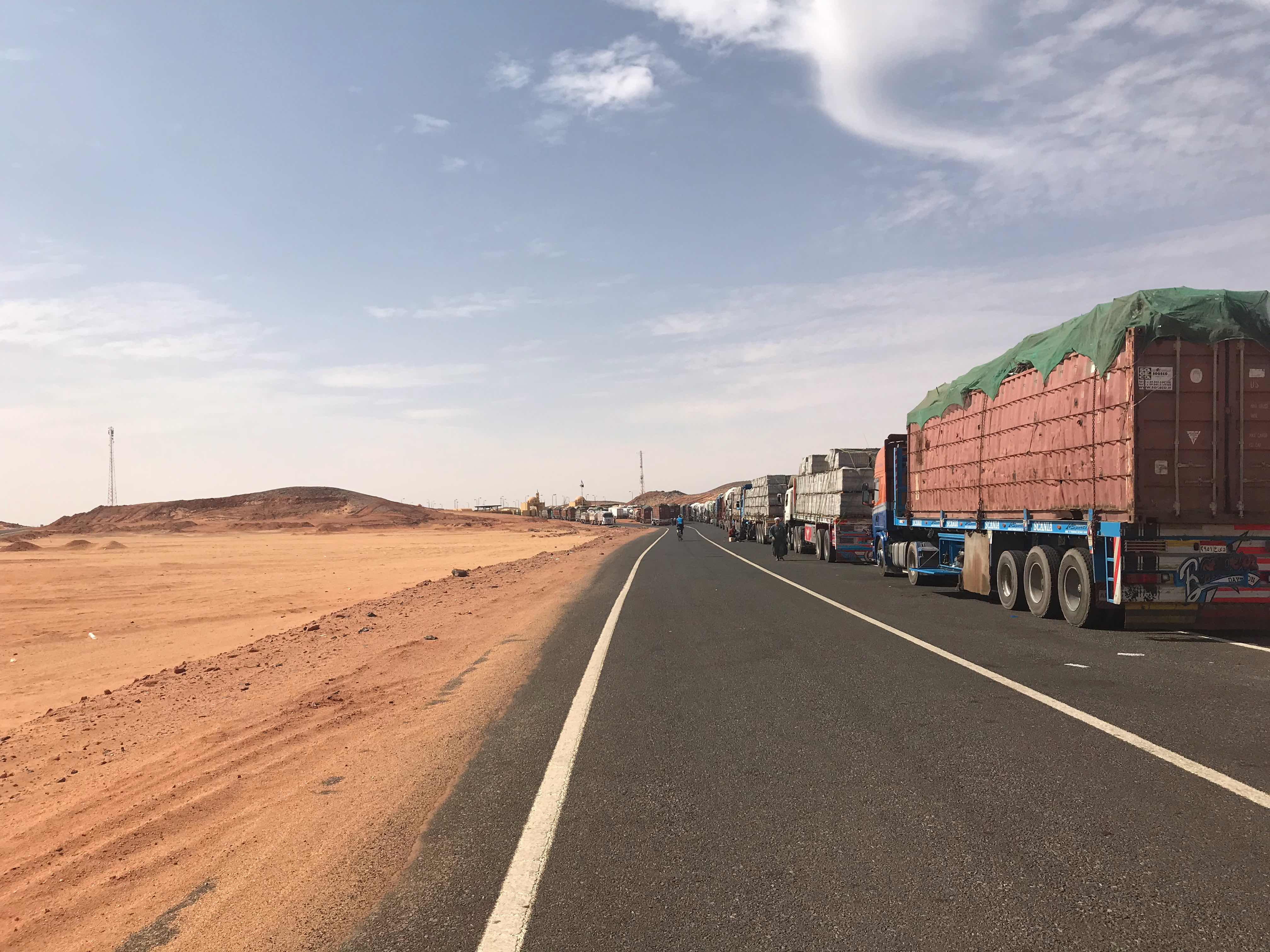 And in the middle of the desert there is a border 🙂 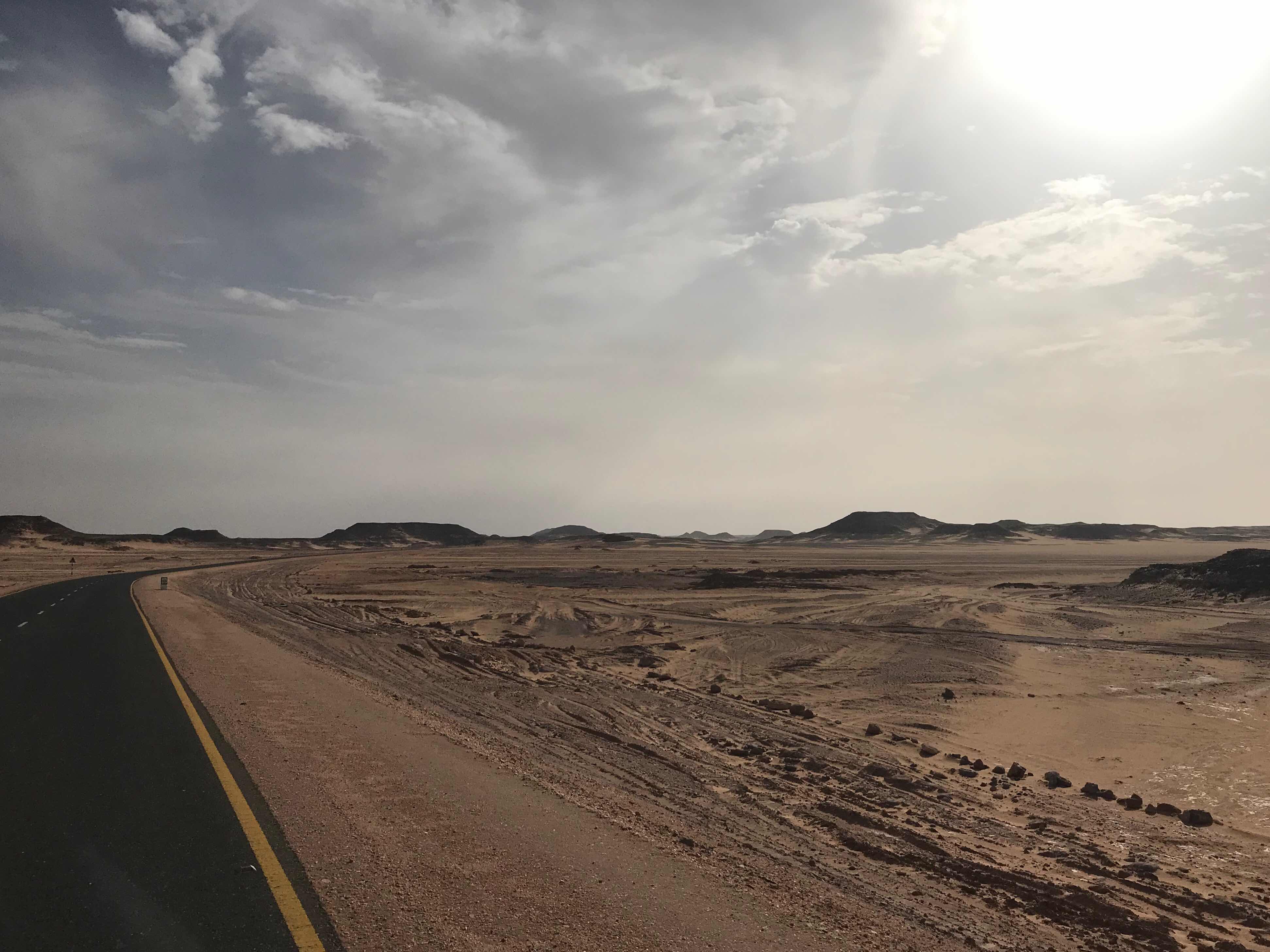 And in Sudan there is even more desert!