Today’s directions to the next camp were quite straightforward: get out of camp, turn right, follow the road for 145k and then turn right into the next camp 🙂 Luckily it was not just a straight road. It had the necessary twists and turns and ups and downs to keep it fun!

Together with Dan and Shirley I was first out of camp and pedalled away the first 20k without too much effort due to the great tailwind that keeps accompanying us. At 20k we hit the town Abri. I took a pee and gave a shot at connecting to the internet to update my latest blogs, which actually worked 🙂 Internet is not too bad in Sudan 🙂
During my connectivity time (only 15 minutes) many riders overtook me and after putting away the phone I overtook many of them. I ended up cycling together with Fiona and at around 50k we caught sight of two cyclists that are not part of our group. We could tell because they were carrying their own stuff 🙂 it turned out to be two Australian girls/woman riding from London to Cape Town, self supported. That’s just inspiring. It felt a bit like I didn’t do my homework well enough… Apparantly it is possible to ride Africa from top to bottom self supported! I feel like a wuss, having all my stuff carried around and having three meals a day served to me… Probably riding in a group is the sensible thing to do though…
After lunch the road turned east and we had quite a heavy cross wind which required some effort. Right before the end of that stretch we came accross a gold rush town accomodating Sudanese looking for gold. It was a great place for a coke stop and we met a guy who bought gold from people who found any and then sold it again in Khartoum. He paid for our cokes and showed us his shop. He had some gold lying around and explained that he bought it for 36usd per gram. A guy came in and got his daily finds weighed and got paid. Some years ago the gold could be found directly at the surface but nowadays heavy digging equipment is needed to find any. Our guy showed some pictures of a 500gram rock of gold which was found during the good days. Prospecting days are not that good anymore though…
After this interesting cokestop it was another 40 easy tailwind kilometers to camp as the road turned south again. When I got to camp I had some soup and then had a walk to the Nile. Once there I dropped myself in it with all my clothes still on and then just sat on a rock for a bit, drying up again.
Nice day today. I’m happy 🙂 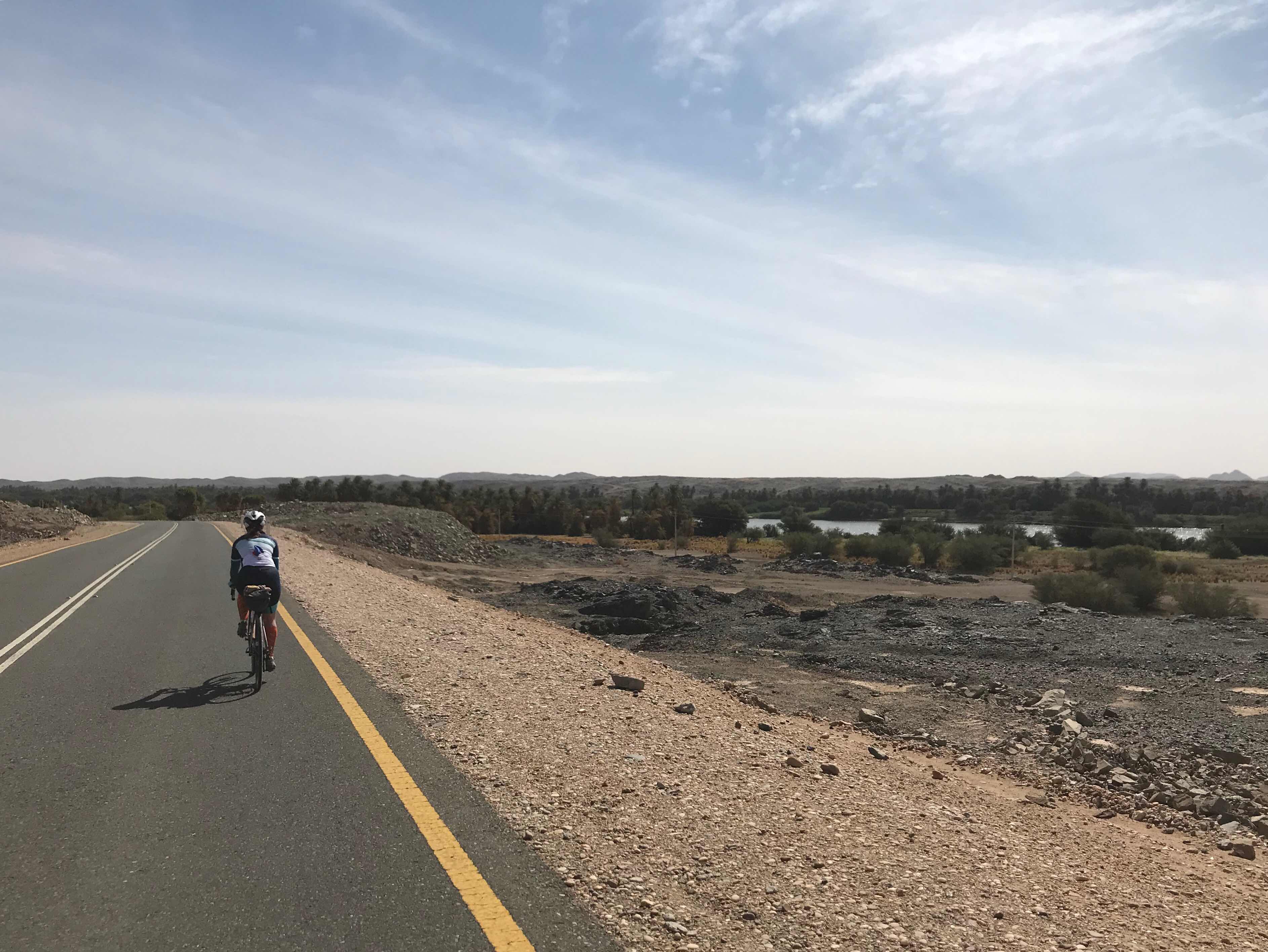 Loraine riding along the Nile… 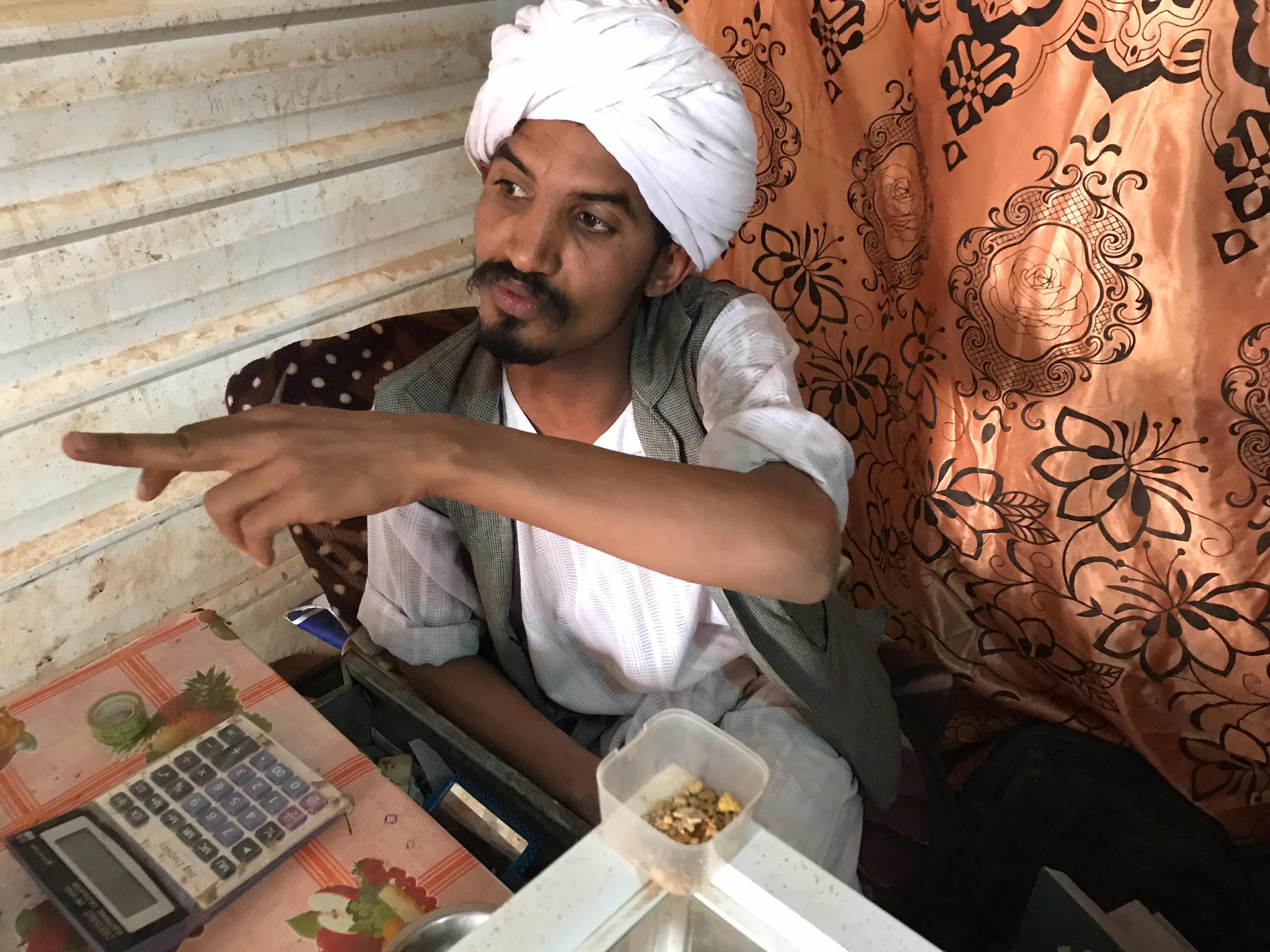 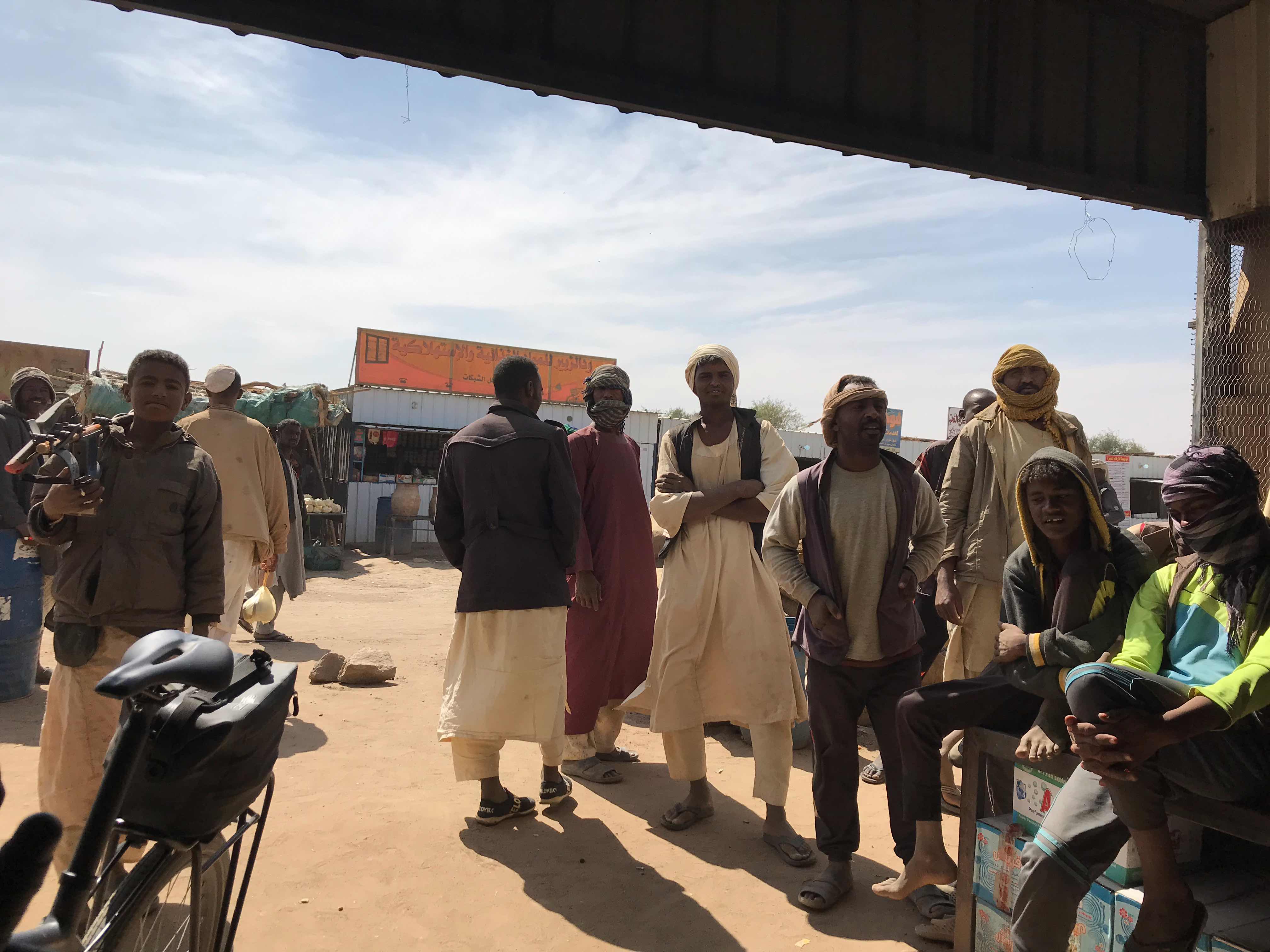 Getting a lot of attention again 🙂 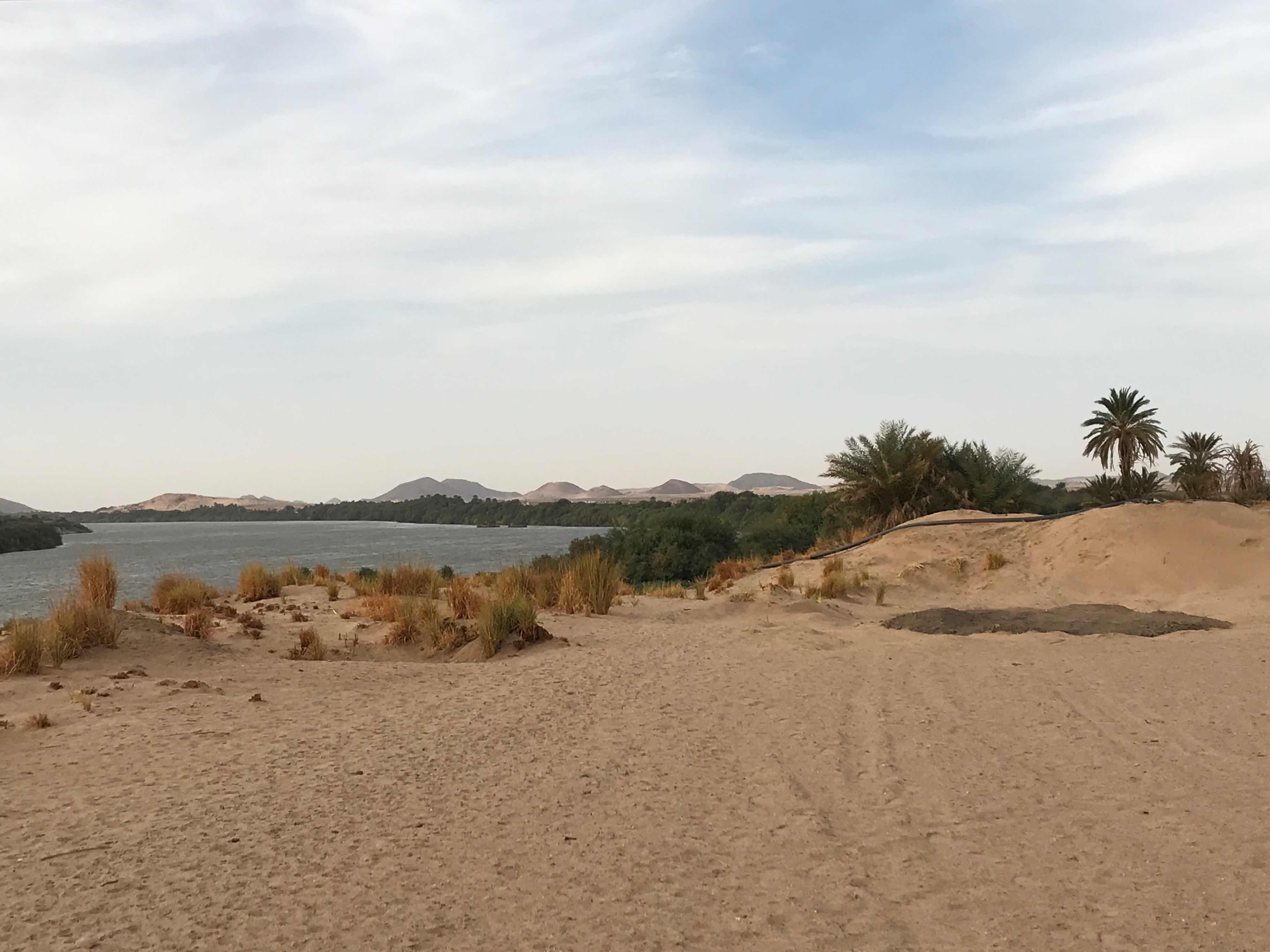 Camping at the Nile, true Oasis 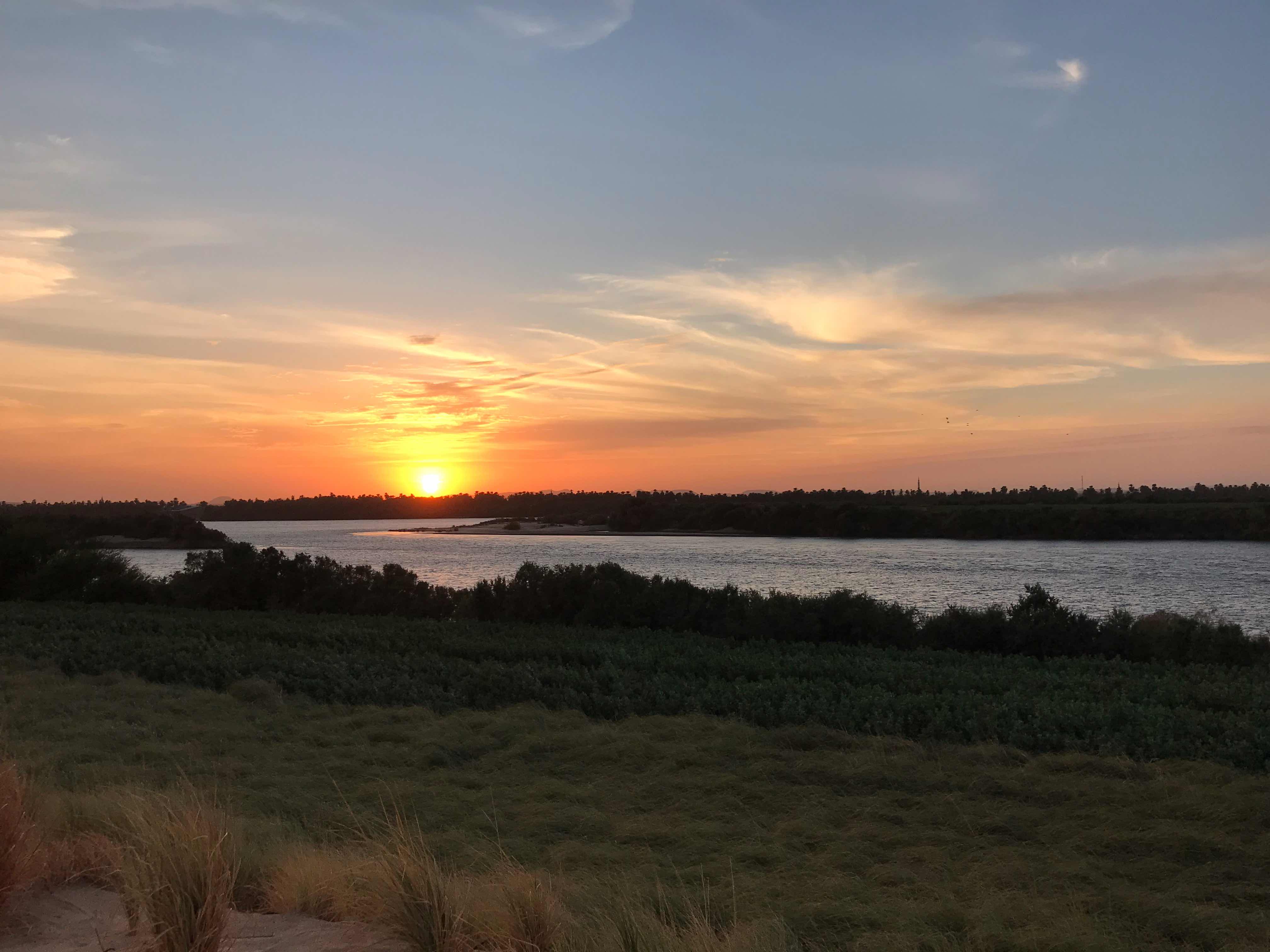 Sunset at the Nile