Uneventfull in this case was actually pretty good, because I was on a pretty tight schedule today 🙂 Arriving uneventfully at Schiphol at 810 meant that I was well in time for my appointment with the notary at 300pm, meaning that I like uneventfull on days like these 🙂
Both my parents were at the airport to pick me up, which was pretty nice because I hadn’t seen them in a few months. We drove to their house and then the uneventfull wait for the notary appointment began. While my father went of to work, I went on some errands for other riders, buying stroopwafels, oude goudse kaas en drop. I also bought some stuff for myself: siliconespray for the belt on my bike and two thinner buffs to protect my neck and head from the sun. All things that are not easily found in Africa 🙂
At arround 1200 all errands were done and I went out for lunch with my mom. I can’t say I didn’t miss broodjes kroket and appeltaart. One of the advantages of returning home 🙂 After lunch followed some more uneventfull waiting and chatting with my mom. And after that it was finally time to go to the notary!
We were 15 minutes early so we did some more uneventfull waiting in the unimpressive waiting room. Luckily the person who sold the house to me was also there so during the uneventfull waiting we could do some uneventfull chatting. And after that we were finally called into the notary’s office to do what I came to do!
The notary explained what he was going to do in a uneventfull way and then he did what he just explained in an equally uneventfull fashion, meaning that he read a limited summary of the papers that I had to sign. Luckily I had already read the papers myself before I got there, otherwise I would not have known what was in there.
So during this whole expensive ceremony thing I made some quite eventfull jokes and tried to put my signature on the papers with a smile on my face. All in all it took some 20 minutes. Very much worth all the uneventfull waiting and uneventfull flights. In any case I’m no longer homeless 🙂 when I get back from Africa in three months I will actually have a place to live, which I think is not too bad 🙂
So after the uneventfull signing ceremony my mom drove me back to the airport. We had some tea and did some more uneventfull waiting and after that I flew uneventfully back to Frankfurt. I had about 1,5 hours of transfer time so I made an uneventfull run accros the airport to get to the gate in time. I was well in time, so while writing this I’m doing some more uneventfull waiting.
Hopefully my last flight back to Addis Ababa will be uneventfull as well. And hopefully the 6 hour car ride that will follow after that will be equally uneventfull. I’ll let you know tomorrow how the story ends. Or later, because internet is pretty slow and uneventfull in Ethiopia 😦
I’ve felt like Alice in Wonderland all day. I’m not quite sure which reality is the dream though. Was it being back in the Netherlands for 10 hours where seemingly nothing has changed, eating broodjes kroket, croissants and burger king. Or was it the past month, passing through Egypt and Sudan and the North of Ethiopia, with all the beautifull people, wonderfull food, spectacular landscapes and dirty toilets? Both realities feel just as unreal. How will this be after four months in Africa?!?! 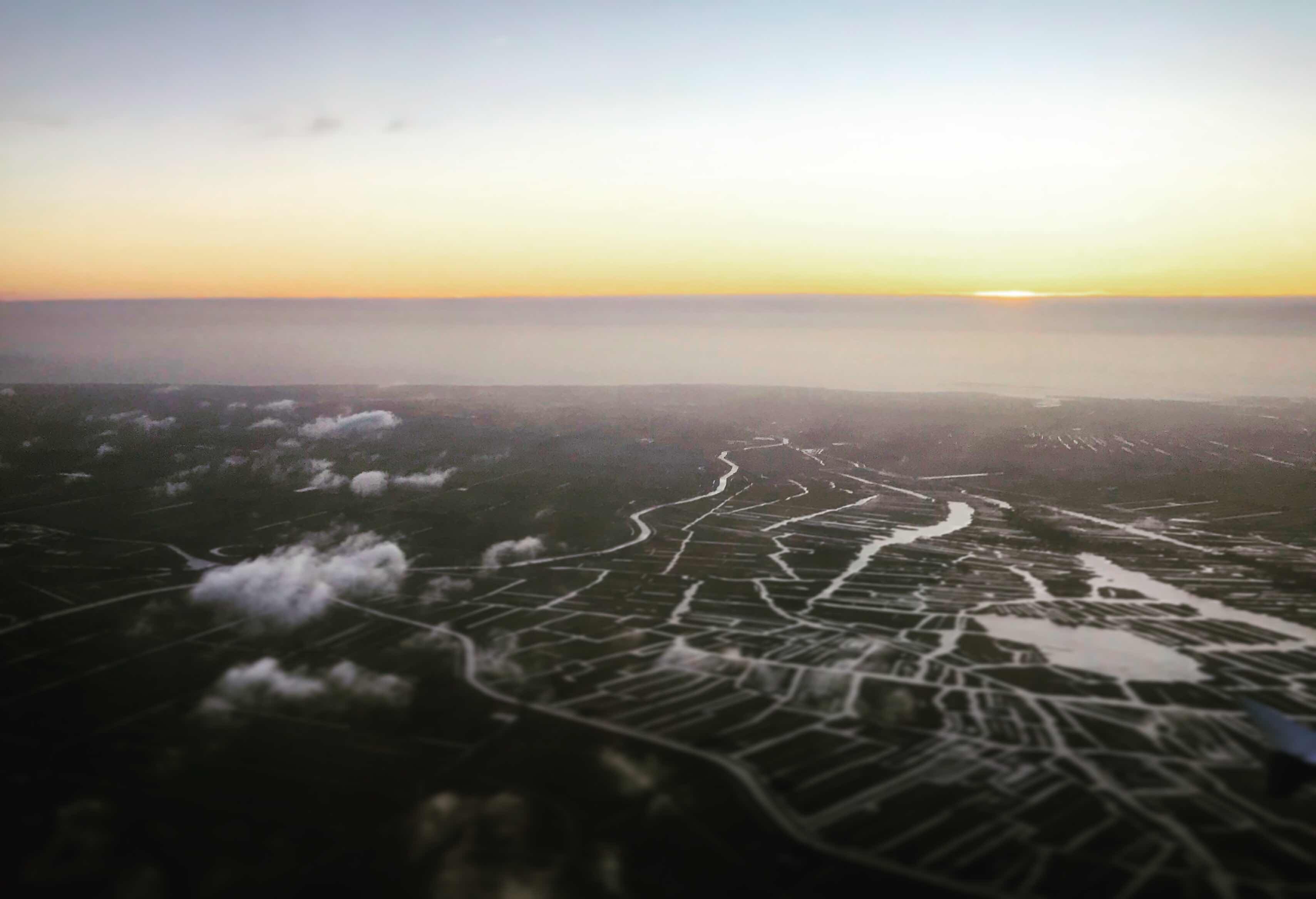 Arriving back in the Netherlands… Nederland Waterland 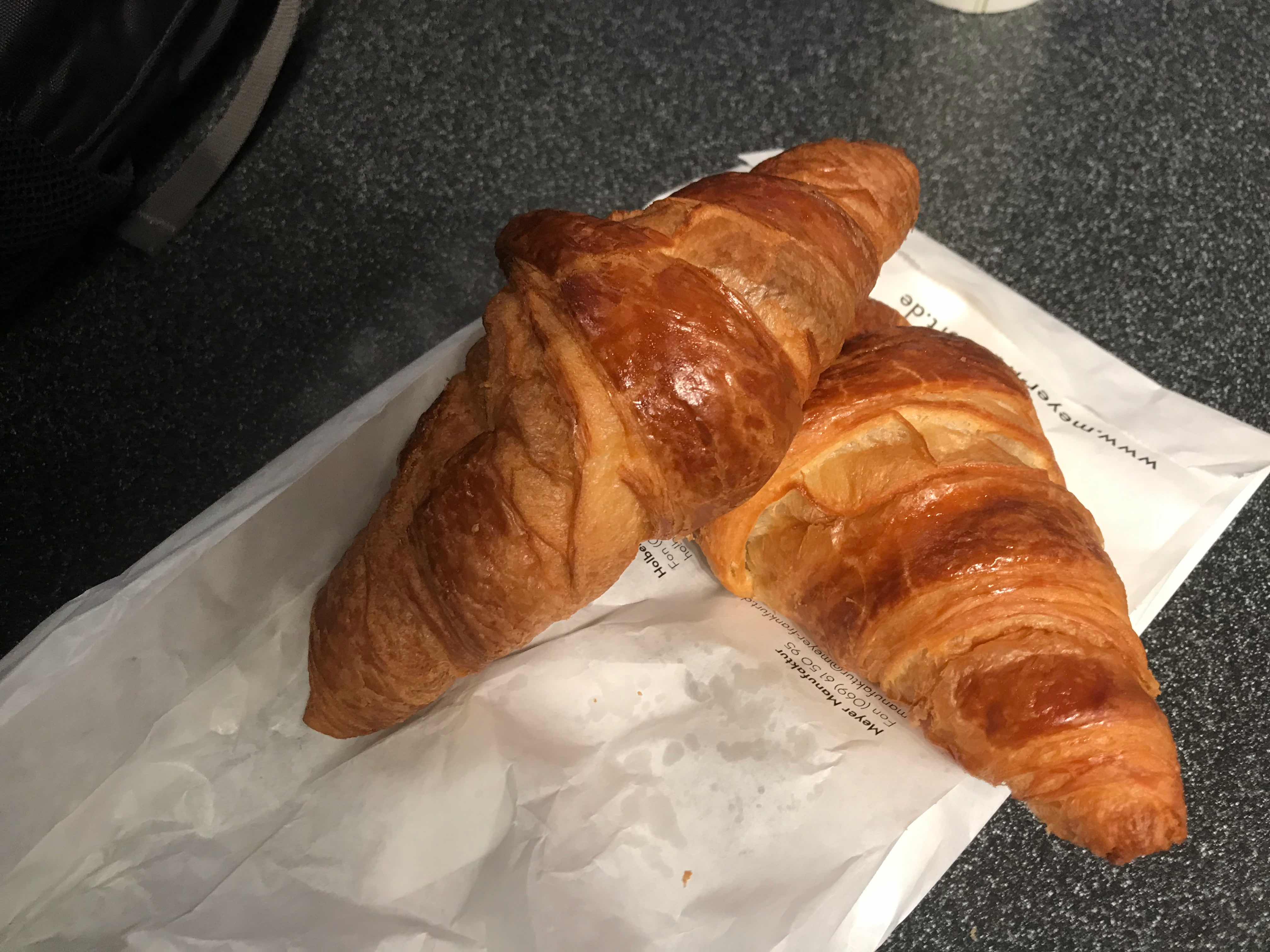 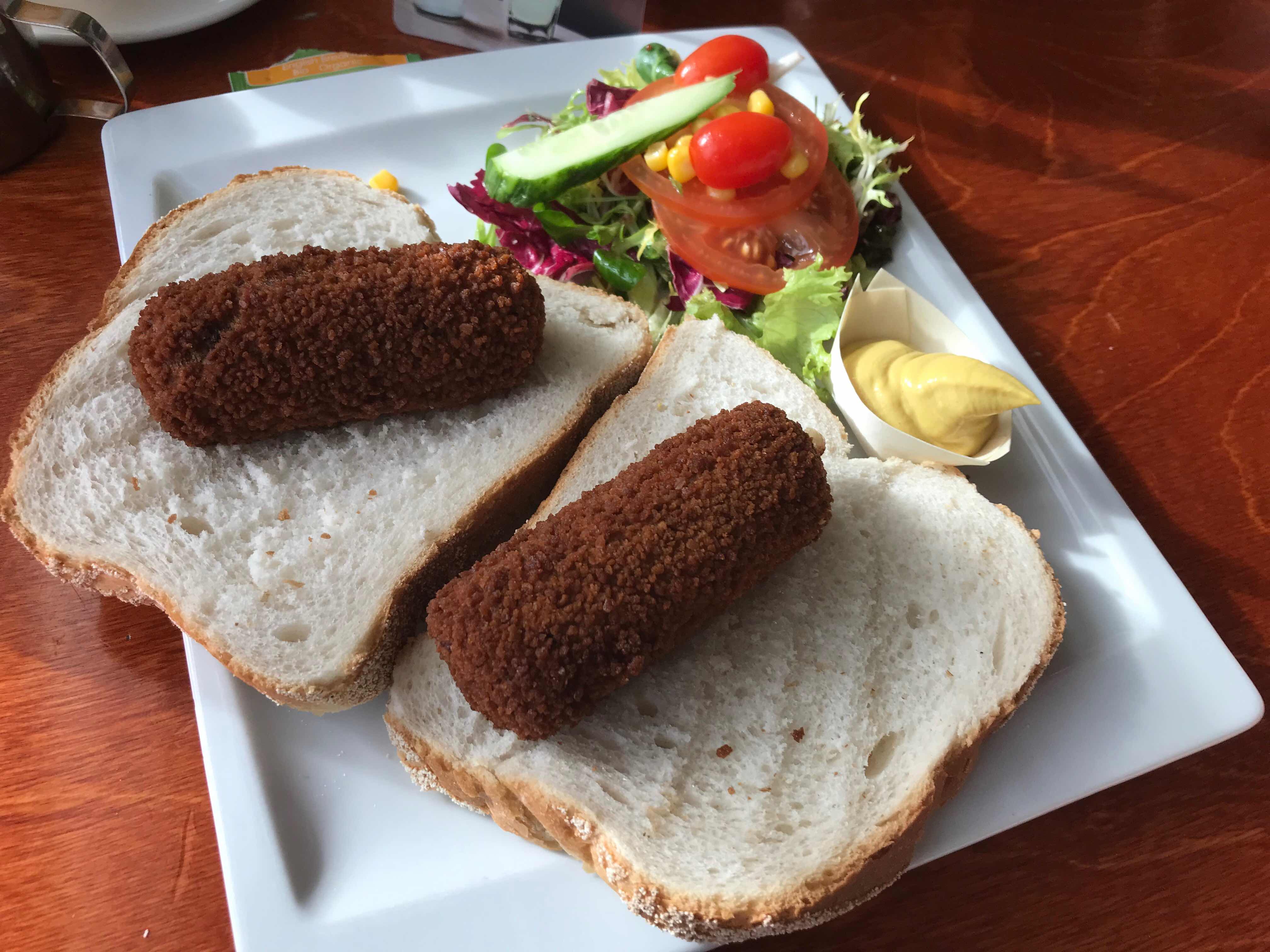 Broodjes kroket in Then Hague 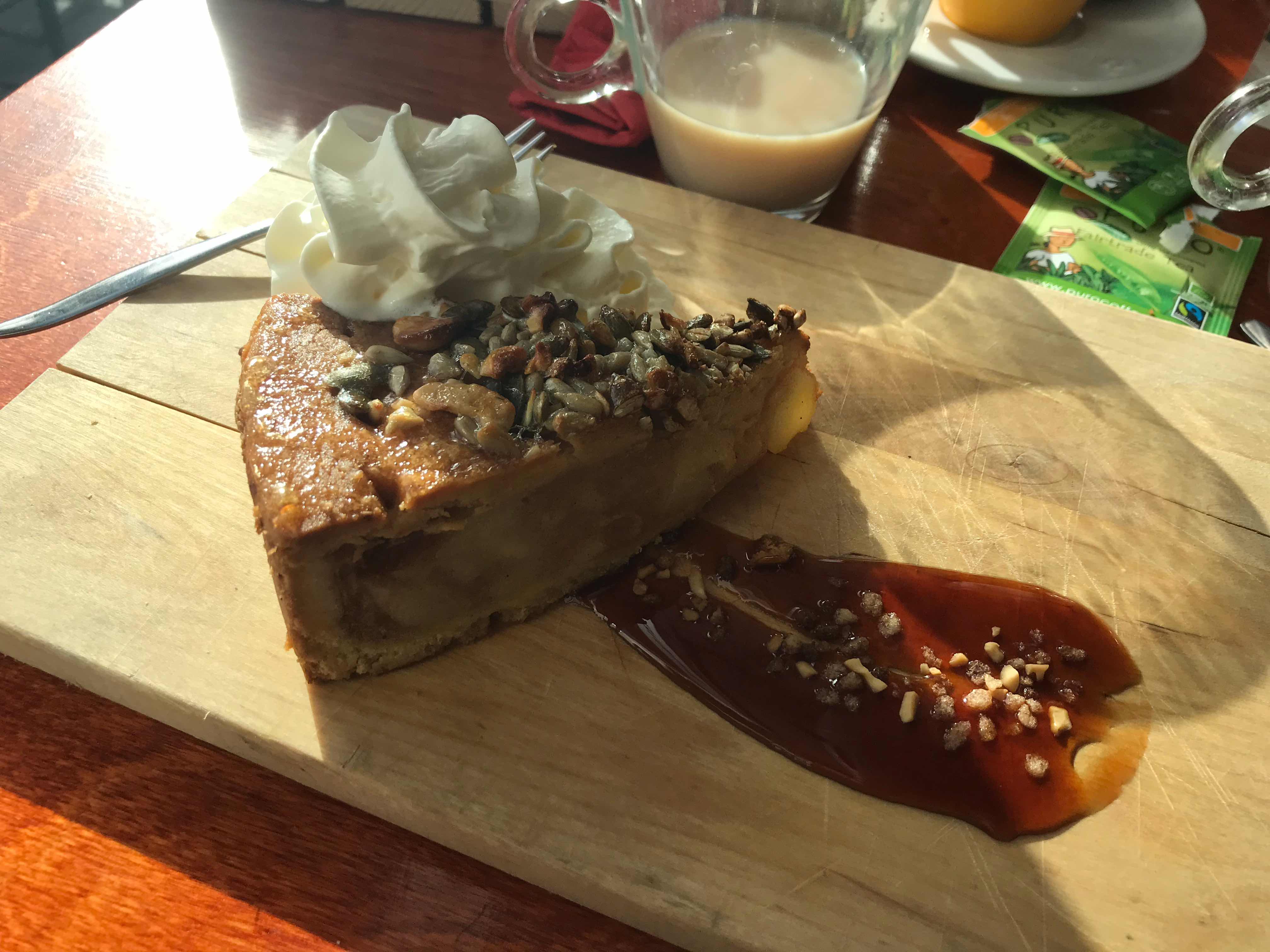 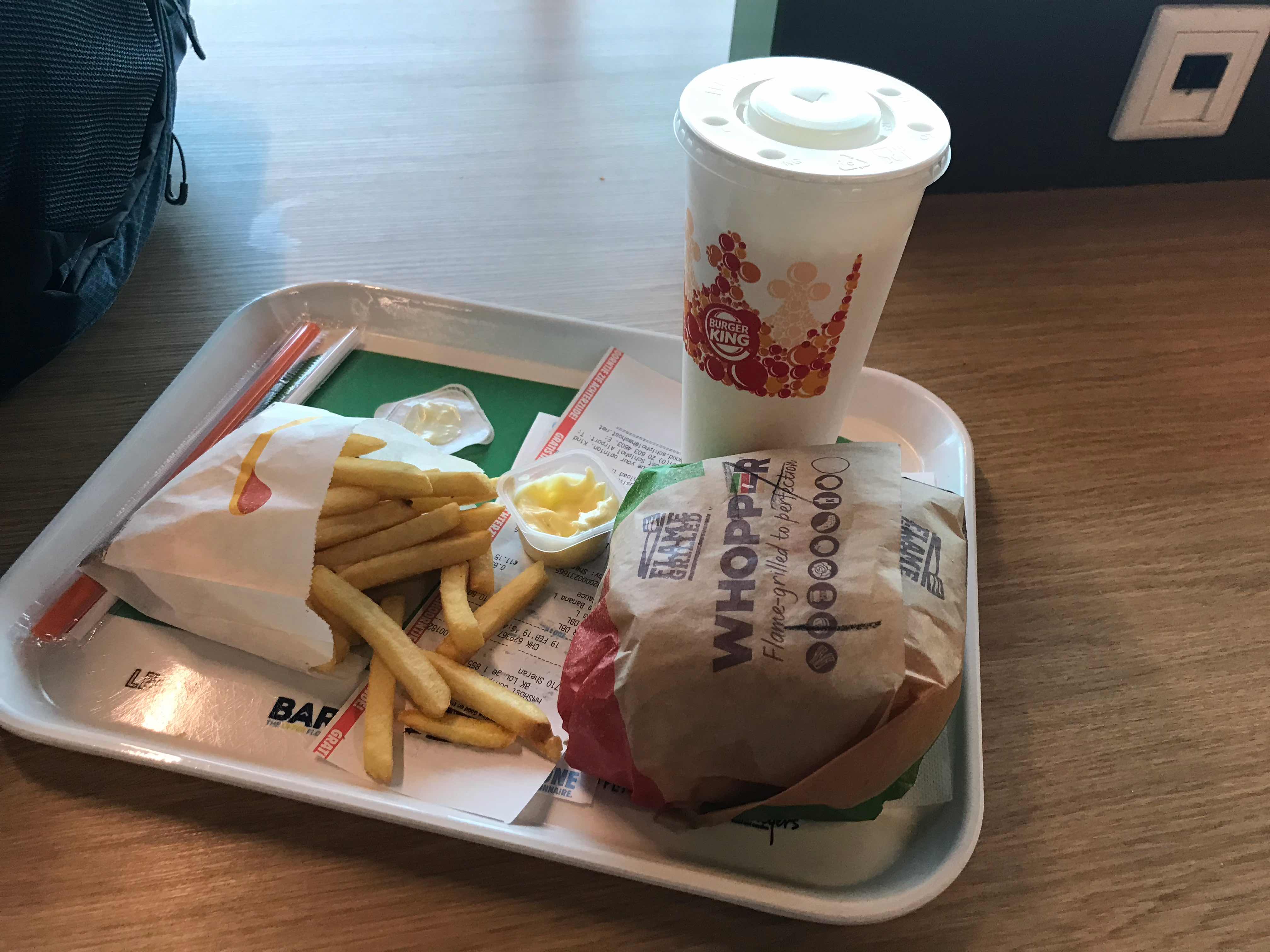 Ending the day with a proper burger at Schiphol!