The last flight from Frankfurt to Addis was uneventfull as well and we landed according to schedule at around 630 this morning. I made my way out of the plane and towards immigration, where they accepted the E-visa without any problem. After that I left the building and looked for the driver that Tallis and his local contact had arranged for me. It took a bit of time to find him between all the other drivers, but I did found him and we hit the road just a few minutes past seven.

We drove up north along the route that we will be cycling during the next three days. We will be in for a treat. Landscapes are just stunning and the hills don’t seem to be too steep. Highlight of today was crossing the blue Nile gorge. 1350 meters down, 1350 meters up, with the river at the bottom of the gorge. Tomorrow I’ll make the crossing with my bike,and I’m really looking forward to that!
The driver and me made it to camp around 200pm, meaning that it bad taken us 7 hours to get there. We arrived before the other riders though. And getting there meant that my grand scheme worked. All went completely according to plan, meaning that I rejoined the group without missing a day of cycling! I left monday evening, which was on a restday. I was in the Hague on tuesday, which was another restday for the riders. And I joined the group today, and in accordance with the original schedule of the tour today all riders were bussed from Bahir Dar to today’s forest camp due to poor road conditions and rock throwing kids…
When I arrived at camp I was celebrating inside. Things in my grand scheme could easily have gone massively sideways. Little things could have caused big trouble. A missed or a delayed flight, visum trouble, a big traffic jam in the Netherlands, administrative issues with the bank or the notary, a now show on today’s driver. But none of that happened, meaning that I’m getting a shot at cycling the blue Nile tomorrow, which I think is pretty awesome!
People appeared to be pretty happy to have me back at camp, and after I brought out the stroopwafels, drop and oude kaas they appeared to be even more happy! The people being happy for me felt pretty good, but not much later I noticed that they put my name on the whiteboard, meaning that I was up for dishes again

That’s probably why they were so happy to have me back… It felt like they just moved finish line a little bit backward. I just took it as the last challenge of these bizar two days… 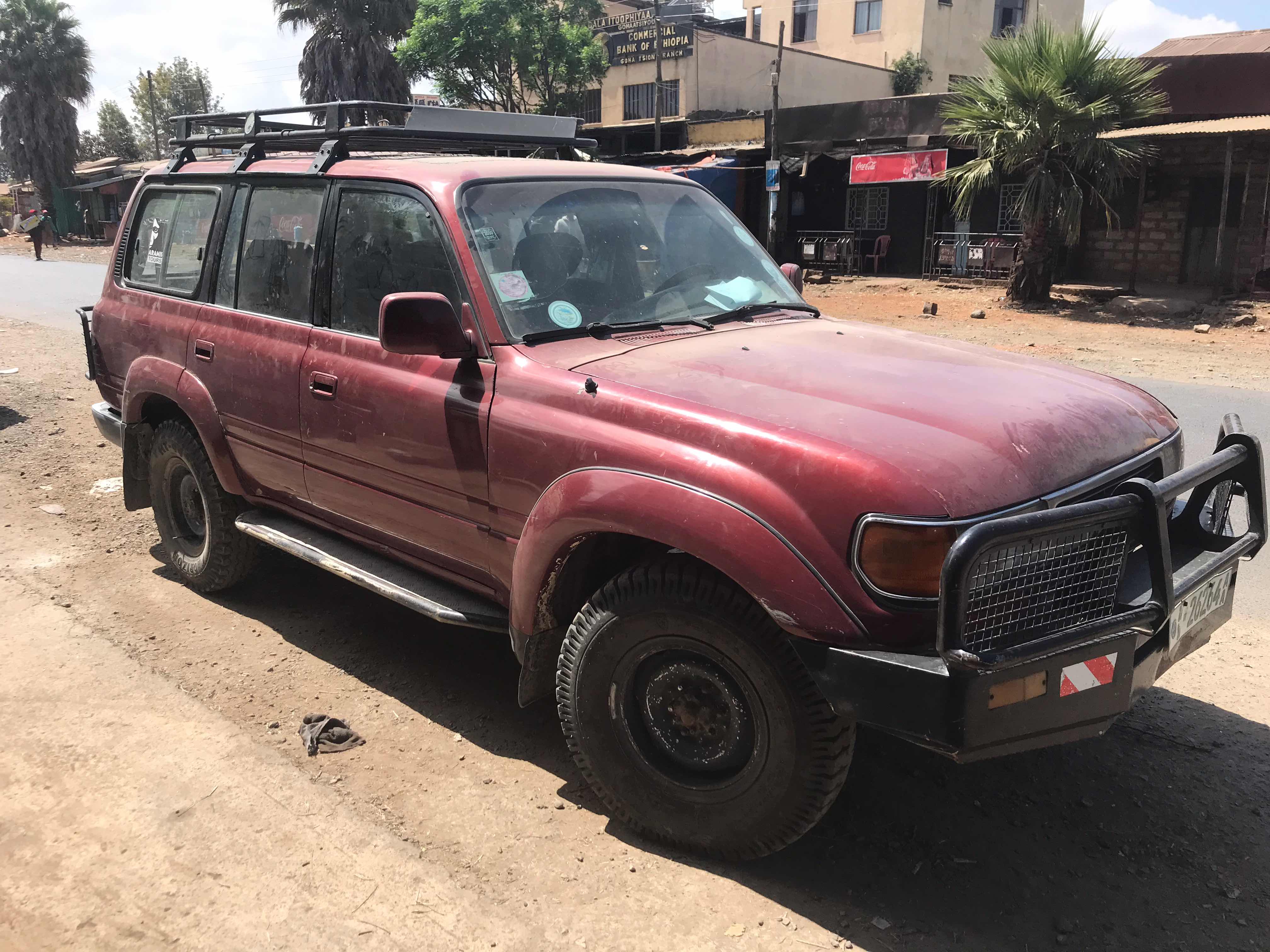 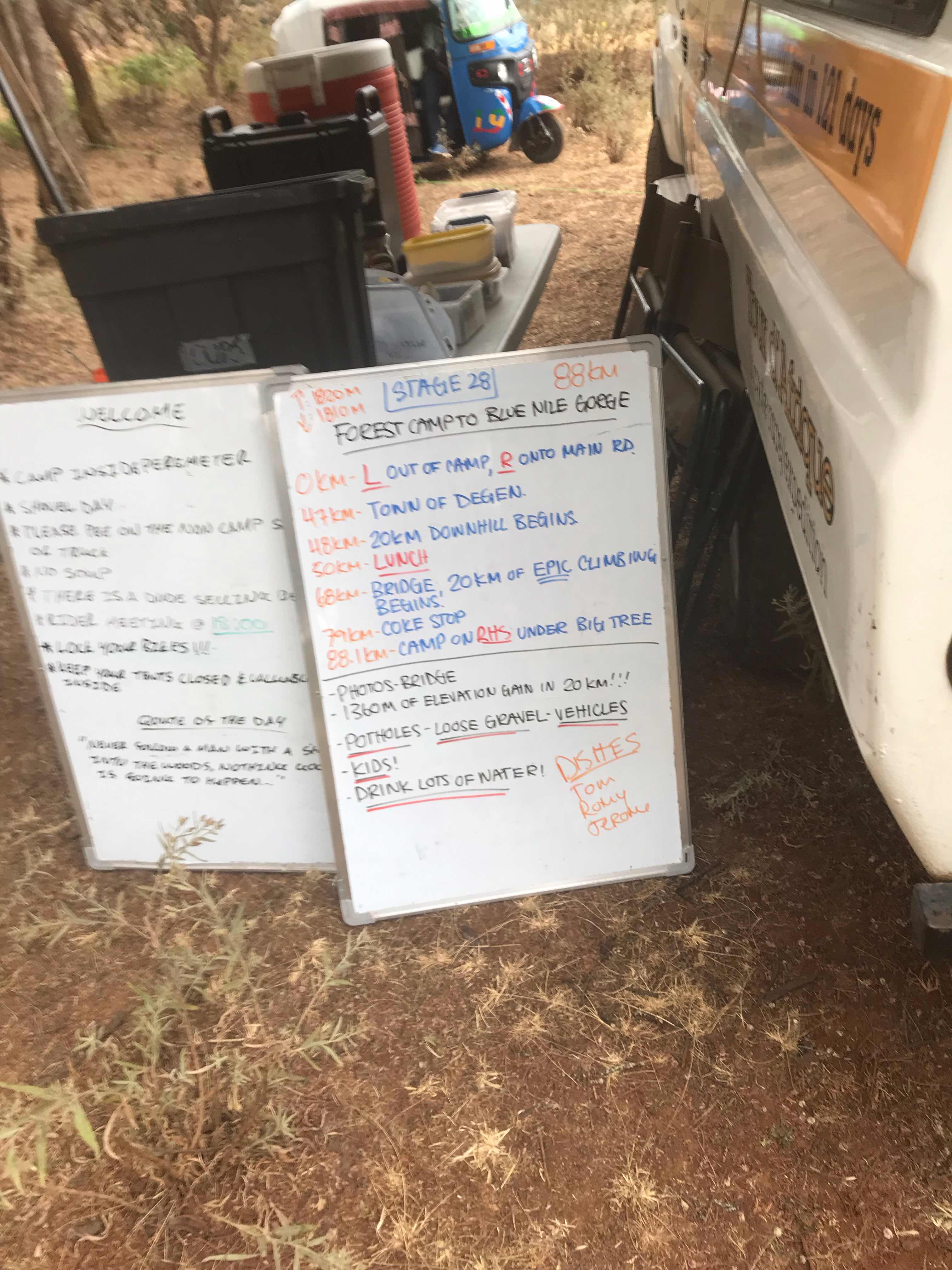