I’m getting close to the end of this trip. Each day i’m wondering whether I will finish the day’s ride, not exactly knowing what challenges lie ahead. Today those challenges consisted of some more climbing and some more pretty bad roads. I really thought I had already seen the worst roads of Vietnam, but it turned out it could be even worse. What added to the fun was that it was raining this morning, which caused the bad road to be bad square, consisting of distorted subgrade of the once smooth asphalt road, covered in thick red mud that clogged between my wheels and my fenders.

However, once the road reached the top of the hill it crossed the border with the Lao Cai provence and from there on the road was fine again! If I ever get to sit with the people’s committee of Lao Cai again I’ll thank them for having proper roads!

Nevertheless my body is pretty tired by now, so when I noticed this afternoon that one of the plates of my cycle shoes had come loose and I had lost one of the two screws that keeps it in place, I thought I had a good excuse to skip the last ride tomorrow and just take a taxi to Sapa. But after I had checked in in my hotel and had a litte nap, I tightened the one screw of my shoe and the plate seems to stay in place.

So tomorrow I will wake early and do my last ride, which is only 35km, but goes up some1300 meters. The first hour will be very nice and quite confident that I can make it. After that follow some two hours during which I really start to doubt whether I will make it through the day. Then during the last one or two hours I will be wishing that the ride ride was over. Once I finish the ride I’m really fed up with riding and i’llnbe happy to get of the bike. I’ll check in at my guest house thinking that I will never do a ride like that again. After that I’ll take a nap and by the time that I wake up i’m already looking forward to my next trip and all the accompanying experiences. It’s an internal conflict! 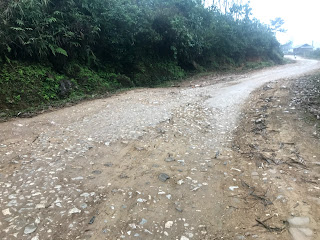 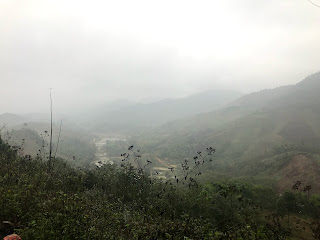 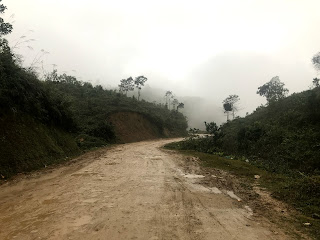 No… I definetly had not yet seen the worst roads in Vietnam. 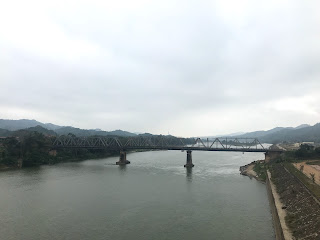 The red river! Which also runs along Hanoi. 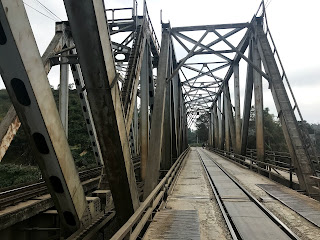 Sharing the bridge with the train. I was really scared that a train actually might show up… 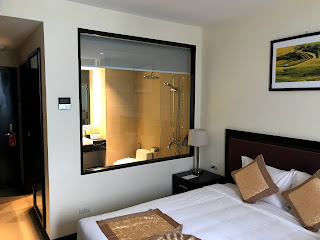 Endung the day in a comfy hotel room! 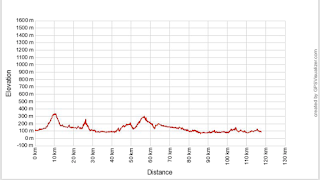