It actually has happened a lot during the last 11 days: Vietnamese standing alongside the road, seeing me stroll by and then yelling something. Probably it means something like “look at this idiot, doesn’t she know we have motorcycles?”. But as said before, the Vietnamse love it when you just smile and wave back at them.

Today was no different, but in today’s case all Vietnamese that saw me pass by actually knew that the road that I was following went up some 1500 meters. In their eyes, that made me into an even bigger idiot. “Are you really going to cycle up there? Don’t you know we have cars, taxis and busses? You very weird person!” I came accross a lot of Vietnamese today. The people on the motorcycles hooted their horns, combined with frantic smiling and waving and gesturing that I should just hop on. The people in the cars turned down their windows and stuck their head out of the car and cheared me on, but still screamed stuff to me. People with pick up’s gestured that I should just put my bike in the back. The people in the busses just took their cell phones out and tried to take as many pictures of the white idiot as possible, after which they waved at me and stuck up their thumbs…

Today was a great day on which I was supporter by all these people who I don’t even know. It was really nice. And the ascend wasn’t that bad! The weather was really cloudy and foggy though, so I didn’t get to see as much of the environment as I had hoped, but the climb was very do-able! Once I reached the top of the climb I stopped to take a picture of Sapa’s cathedral, after which I was overtaken by about 10 Asians who all wanted a selfie with the idiot who climbed the mountain. I made a lot of new friends 🙂 After I served each one of them, I continued for my last 10km of this trip, downhill towards the accomodation I booked.

The ordeal of cycling in Vietnam would just not end. The road down was just terrible again and due to the rain it was very muddy and slippery. And I was very wet and sweaty from the ascend so I got very cold during the slow 10km descend. My hands quickly became numb making it hard to hit my brakes. I started to wonder whether I maybe made a mistake by booking a hotel 10km outside of Sapa. When I finally reached the hotel, my doubts were quickly taken away. The hotel owner is very nice

and he quickly welcomed me inside and sat me down next to the fireplace to warm up. After that I took a very long nice warm shower and changed into dry clothes. And now I’m having a very nice lunch 🙂

I’m very happy that I made this last climb (actually with a broken shoe :-). Today’s count: 39km, 1611 meters elevation gain.

I really hope that the weather will clear up a bit, so I get to see the real beauty that Sapa has to offer! In any way, Sapa is a way nicer place to end the cycling then Lao Cai. Very happy with myself that I’ve done it 🙂 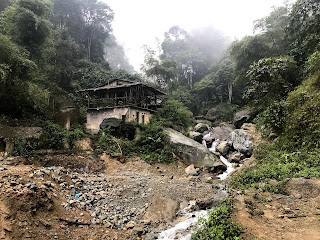 Its always nice to cycle up a real mountain… 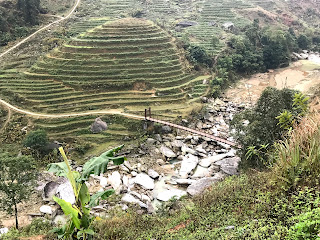 The first hints of all the beautifull ricefields that are nearby… 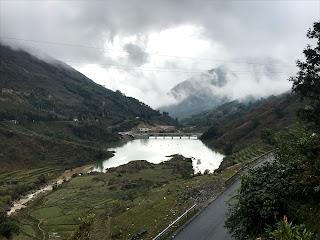 The end of the first stage… some 700 meters up… 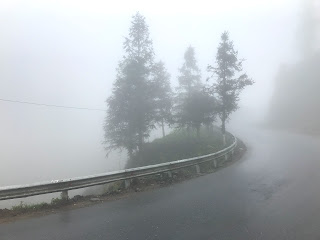 But then all the beauty of which I now it is there got covered in clouds! 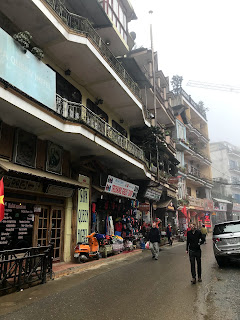 But I made it to the top! 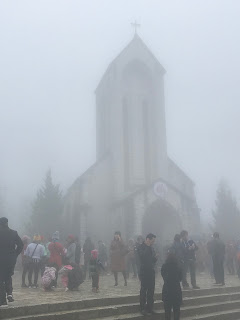 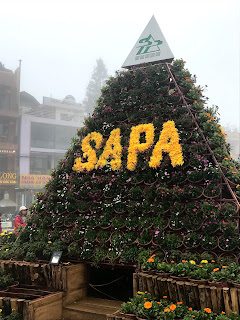 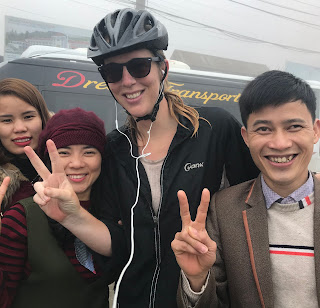 And while here, I made some new friends! 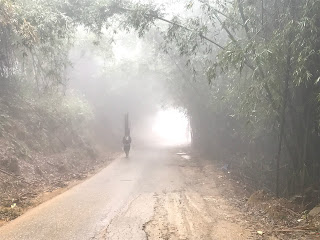 After that I had to go down a little bit more… 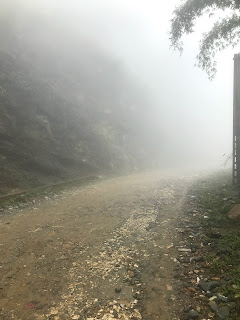 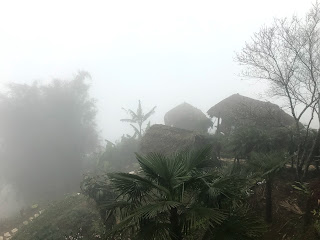 But then I made it to the place where I’m going to stay! 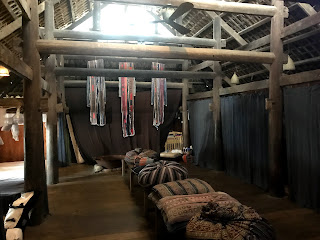 I’ll be sleeping in this local traditional house! 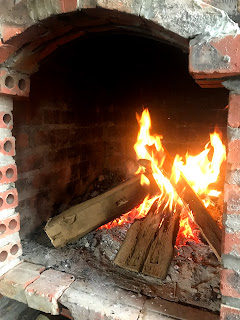 But it’s really comfi! Warming up by the fire… and they have really good food 🙂 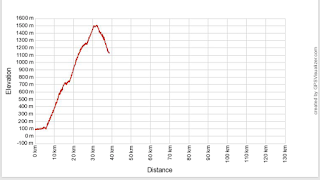