Another day gone. Day 24 of this trip. The 14th day on the bike if you don’t count the 20k ride into Wellington on the day of the ferry crossing. The tripday / bikeday ratio on this trip is not very high 😀

So I left Christchurch this morning. I first visited the Catholic Cathedral, which is a little outside the city centre and also got heavily damaged during the earthquake. The Catholic church always said that they were going to restore the cathedral, but recently it was announced that the Cathedral is going to be demolished anyways. It’s a small version of Saint Peter’s Cathedral in Rome and it had a dome and everything. Damage to the building is quite severe though.

After visiting the Cathedral i visited the bike shop to buy some new brake pads for my rear brakes. Even though the surgery on the rear brake in Hanmer had been successful, the brake seemed to lack some power, so i hope new pads would fix that. As the bike shop was not open yet, I had pancakes for breakfast first.

After the bike shop I had some more shopping to do. For the third time this trip I have lost my sun protecting lip balm, which I really really need to prevent my lips from being fried. And because at 0900 it was already quite hot and I didn’t want to leave without my lip balm, I stopped at the pharmacy as well. When I arrived there it was still closed as well, so I did some more waiting. Thnk god for my book 🙂

All this meant I got only on my way after 0900. The first 15k led out of the city and after that I got onto a 35k long busy road that gradually inclined and on which I had a full on headwind. Days can’t always be like yesterday 😦 Good thing was that the wind cooled me down a bit. Apparently the hot and humid air of the typhoon has caused temperatures to rise 8 degrees above what the normal average temperature is during this time of year!

After about 2k on the busy main road I found out that there was a less busy road that ran parallel to it. What I didn’t know was that this road didn’t connect to the next road I had to take, so it took me 10k too far up north, meaning I rode 20k too much, as I had to ride these 10k back to the right road as well 😦 Stupid mistake. I really need to learn how to read a map.

So at 60k I had lunch and I took the next road, which headed northwest. I’d really hoped that the wind would turn diagonally into my back, but it didn’t. It was still against me 😦

I stopped again at 95k for a bit of reading and after that finished the ride at a campsite next to some insanely wide river. Reviews of the campsite said that the views from the campsite over the river were really great, so I was really looking forward to waking up with an amazing view tomorrow morning! So I reported to the site manager and he took me to a shitty spot next to some abandoned caravan, while all campervans were neatly parked at the edge of the river. I asked if I could pitch my tent next to them, and he said that they didn’t allow tents along the edge because the wind would blow tents into the river!

I felt unjustifiably patronized 😦 Those idiot campervans that keep on pushing me of the road get front row seats, while I – who battled that frigging wind all day!!!!! – get pushed back looking at the backs of the campervans. And it’s not like I got a sheltered spot when we were dealing with insane winds in the Nubian and Kalahari desert either 😦

I wish I could say I wasn’t disappointed, but I was 😦 I really do need to find one nice unofficial spot before I leave this country though… The amount of very nice camping spots so far has been a bit disappointing too…

Anywayzzz, either way I had a nice spot to read my book and cook my food. And yes, I cooked my own food again 🙂 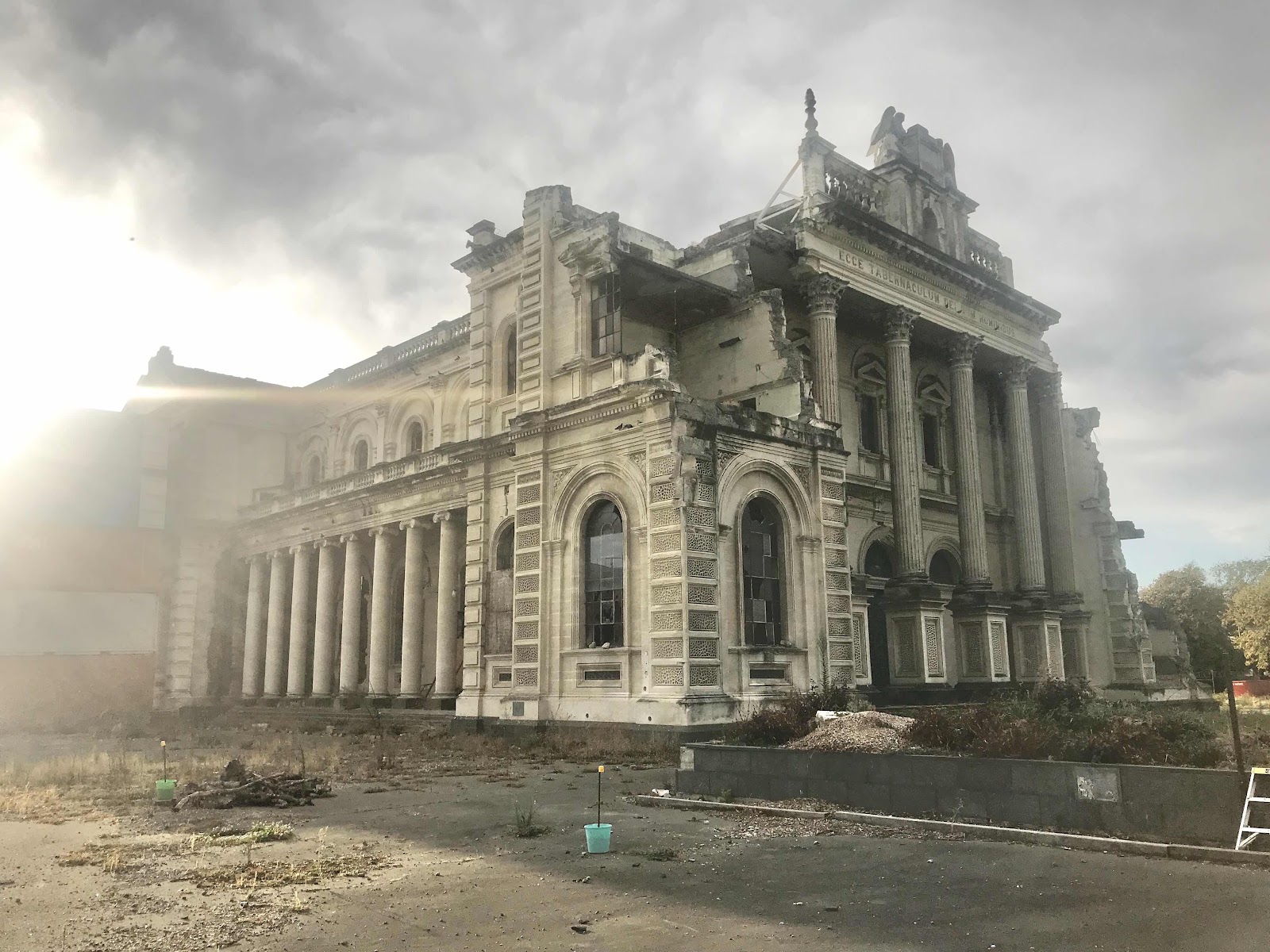 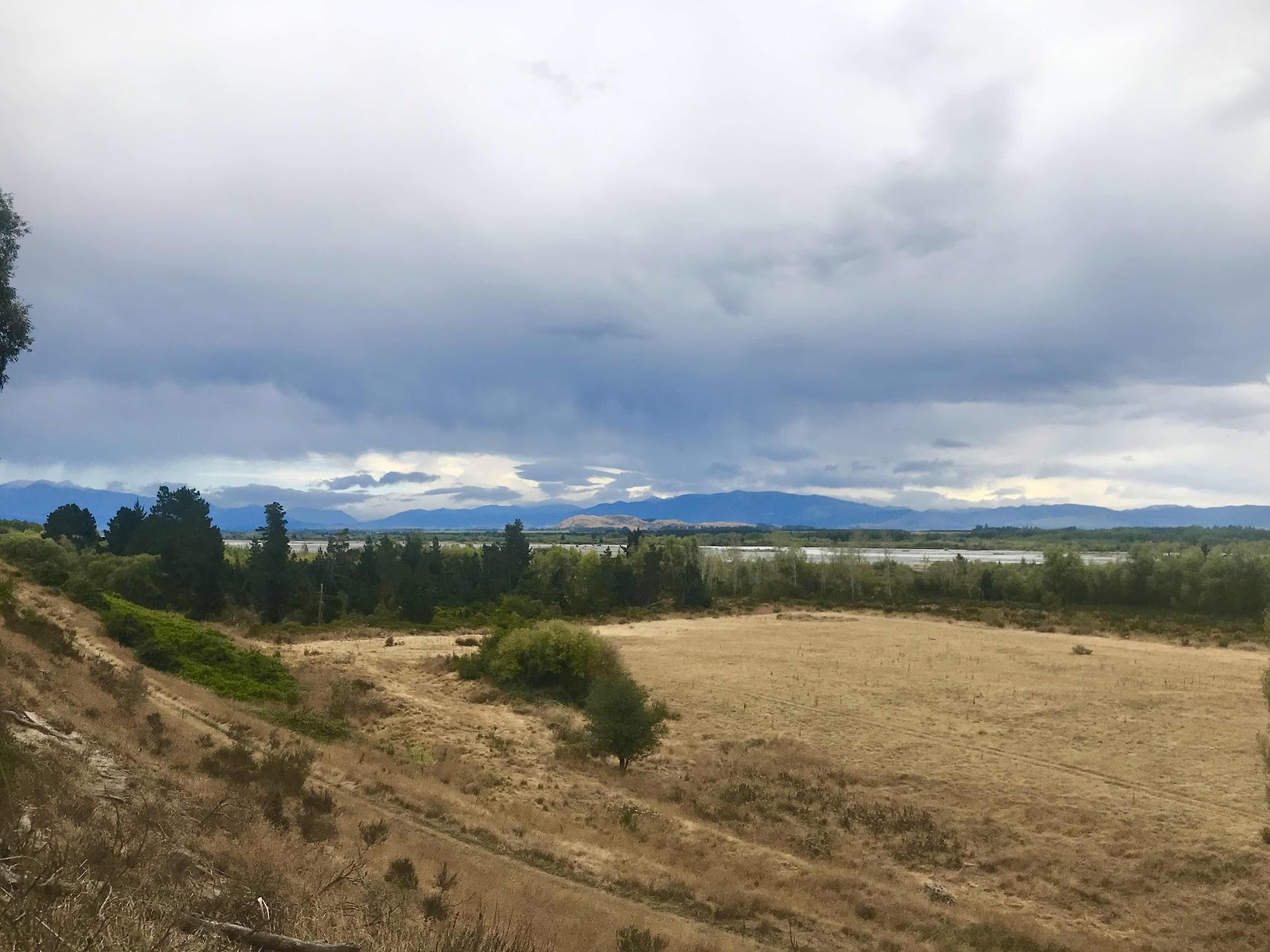 Riding towards the mountains all day! 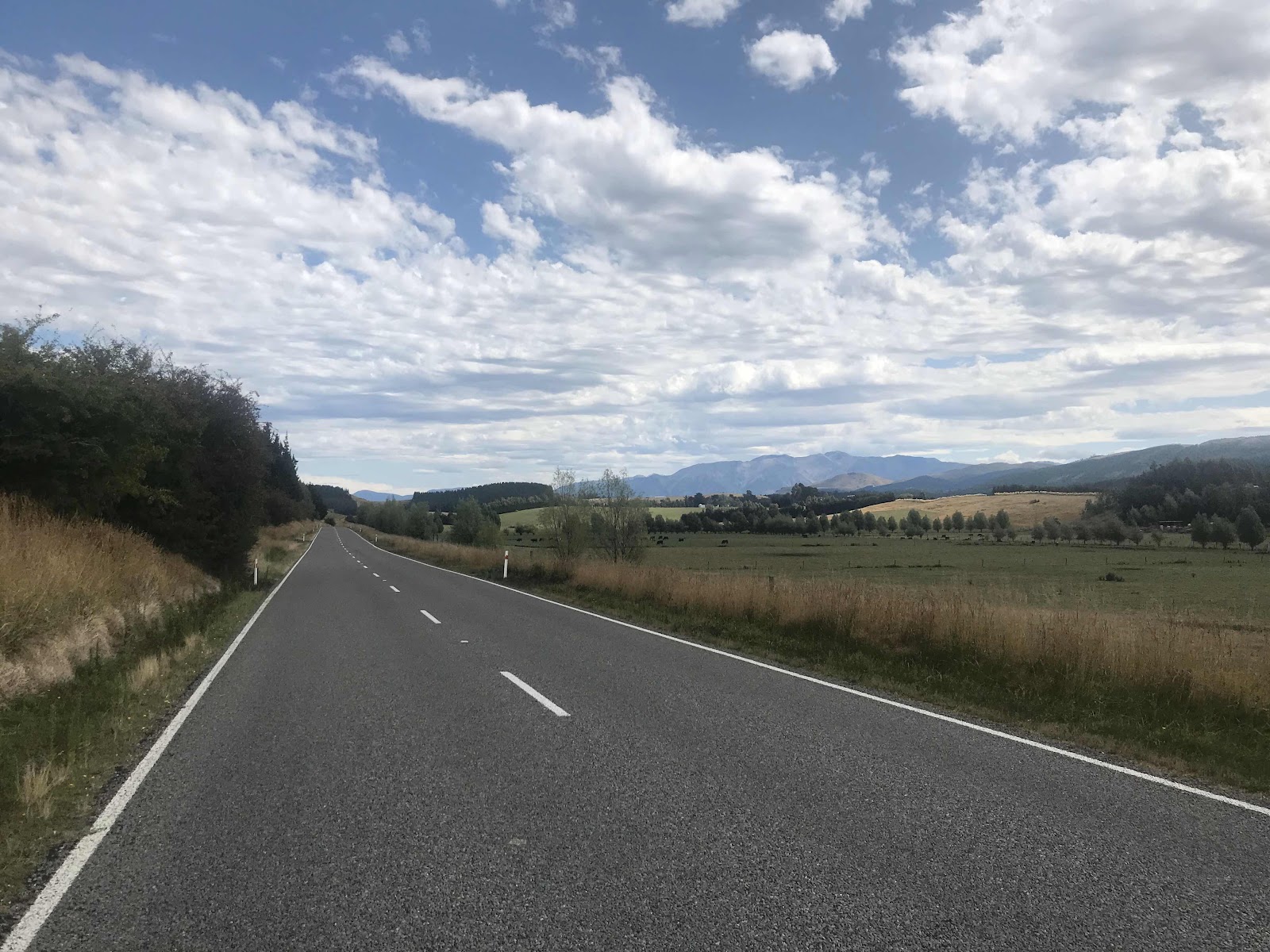 Lots of wind again though! 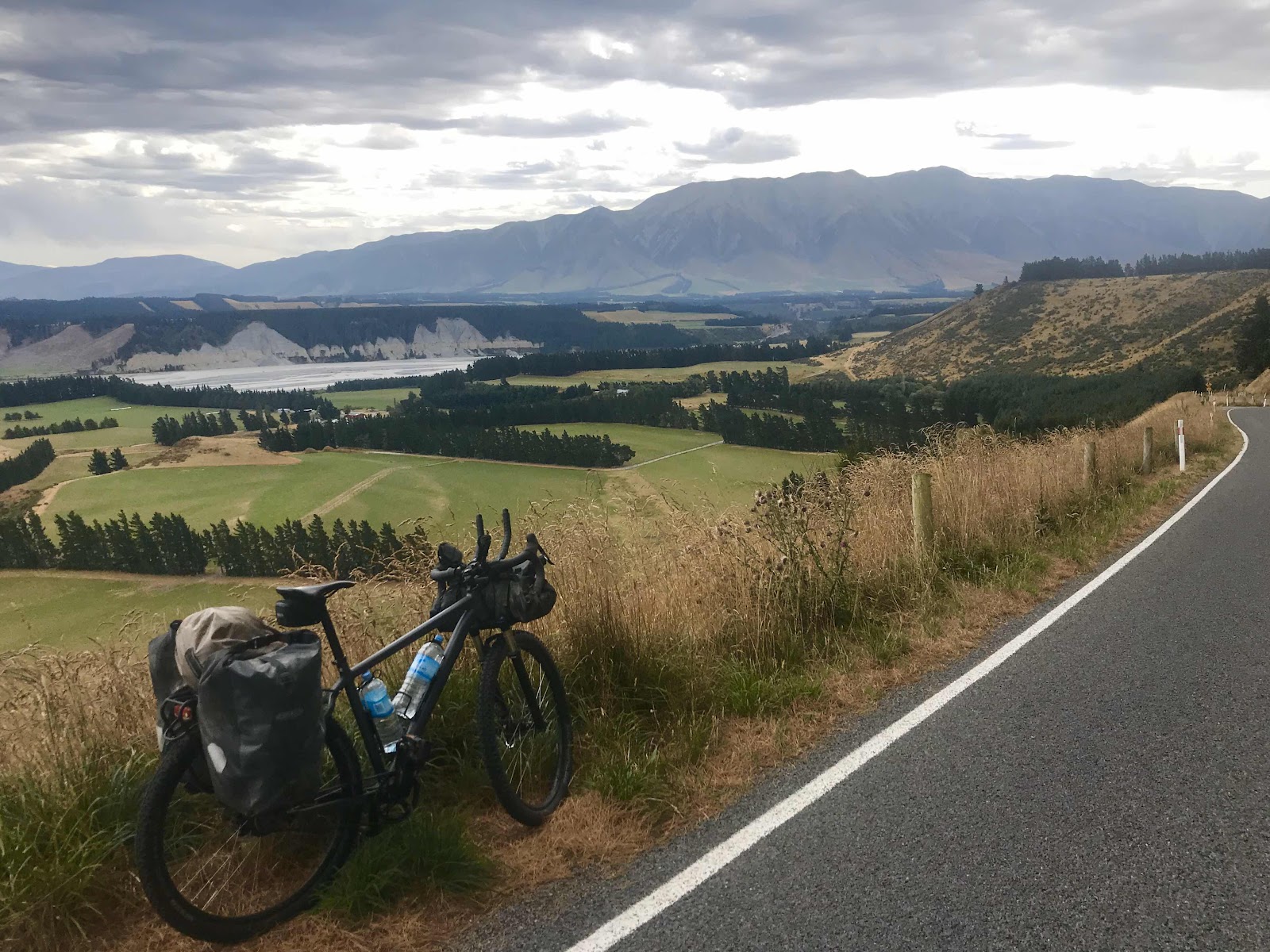 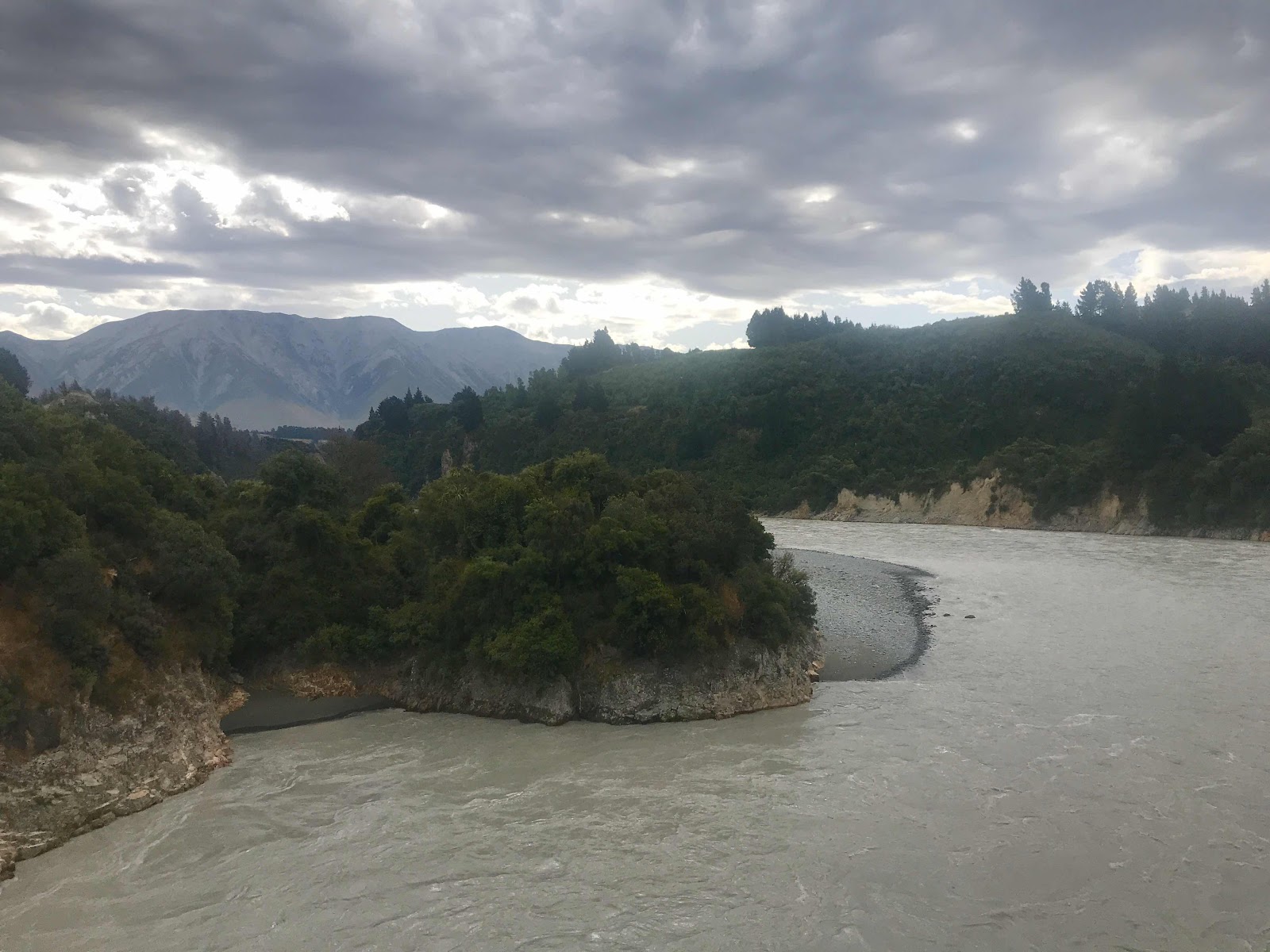 Lots of mirky water due to the heavy rains over the Alps. Apparently a few days back the water was nice and blue… 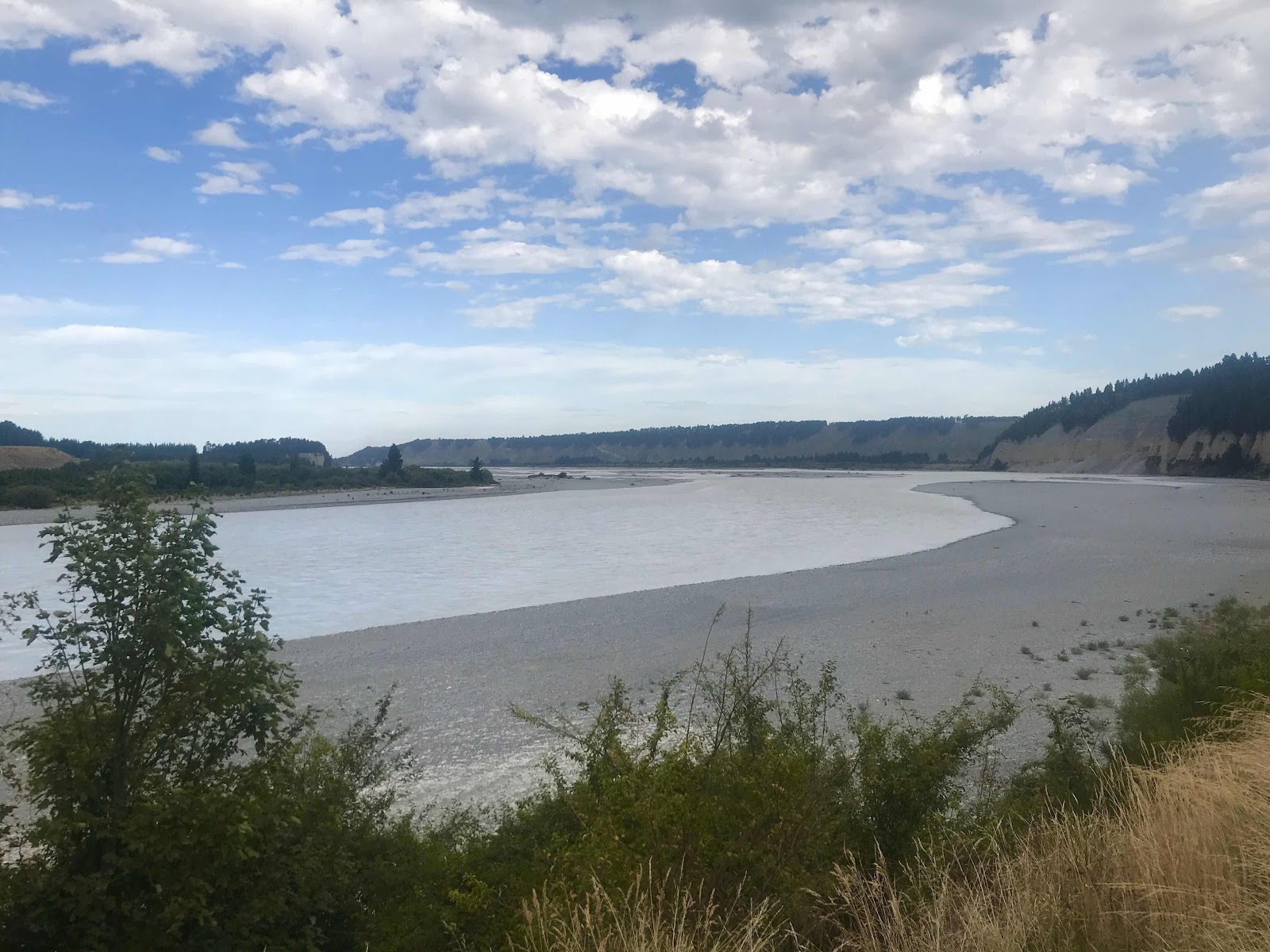 Nice view over the river from the campsite… 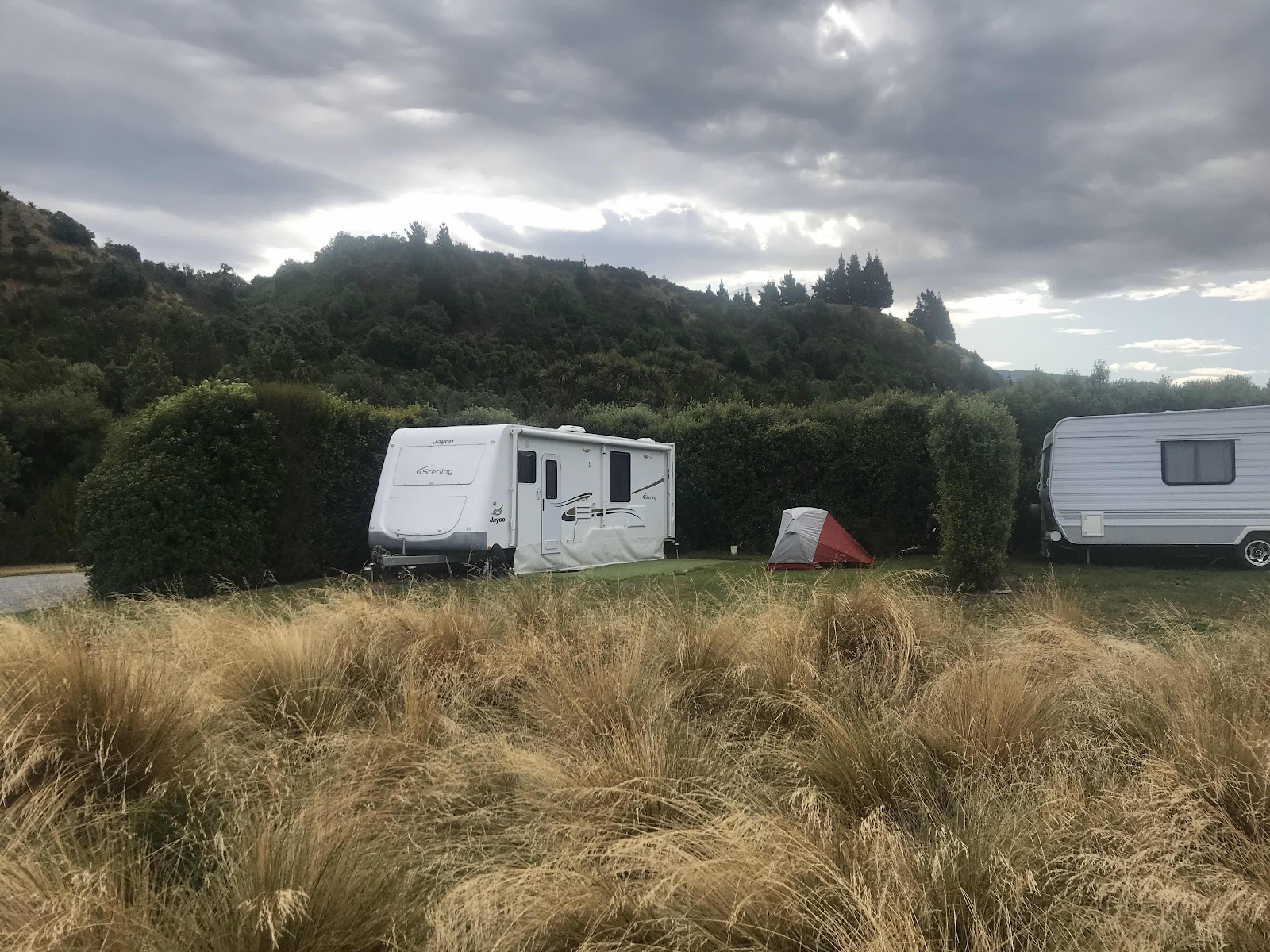 Not for my though… 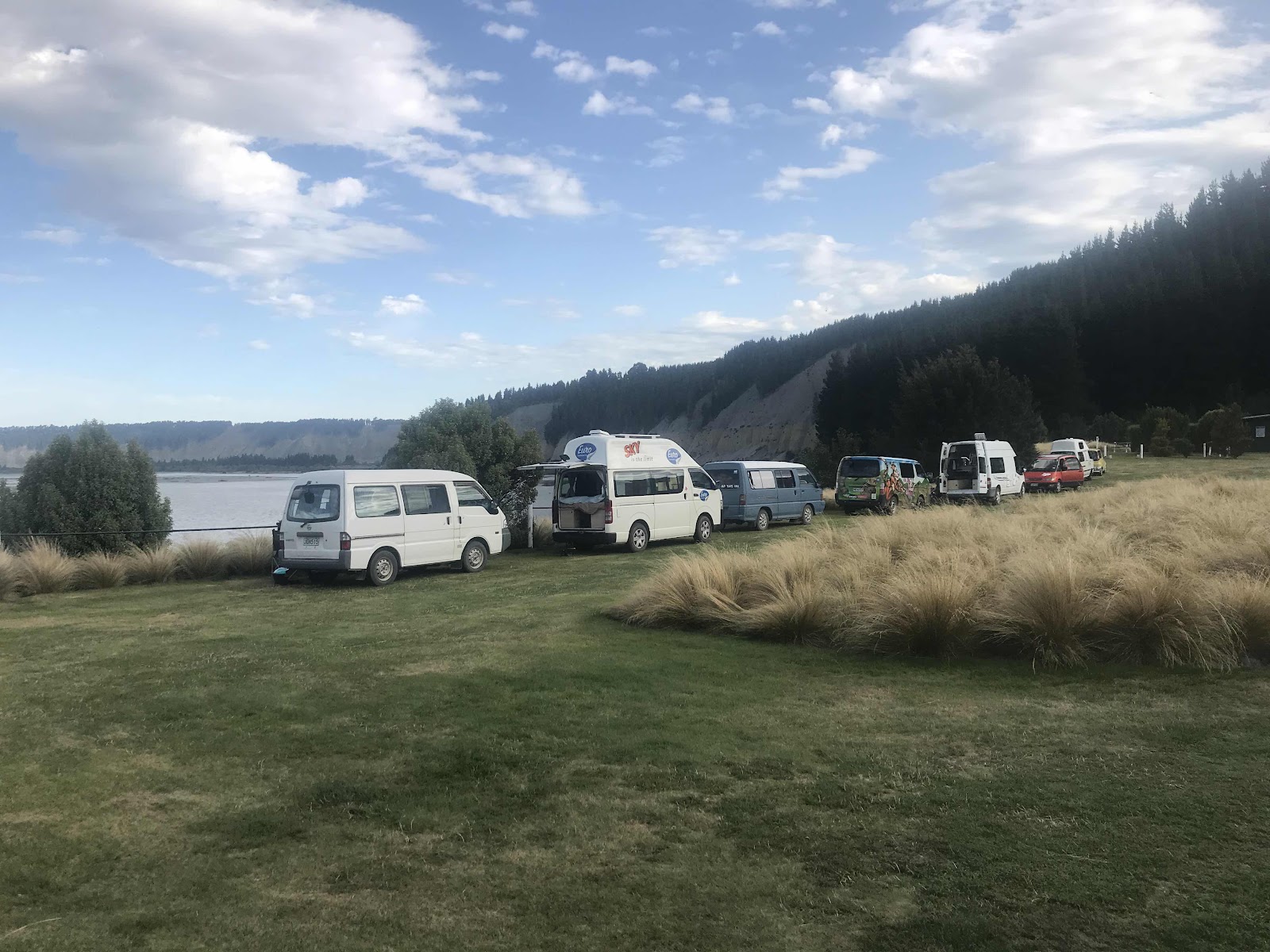 I’m looking at a carpark 😦 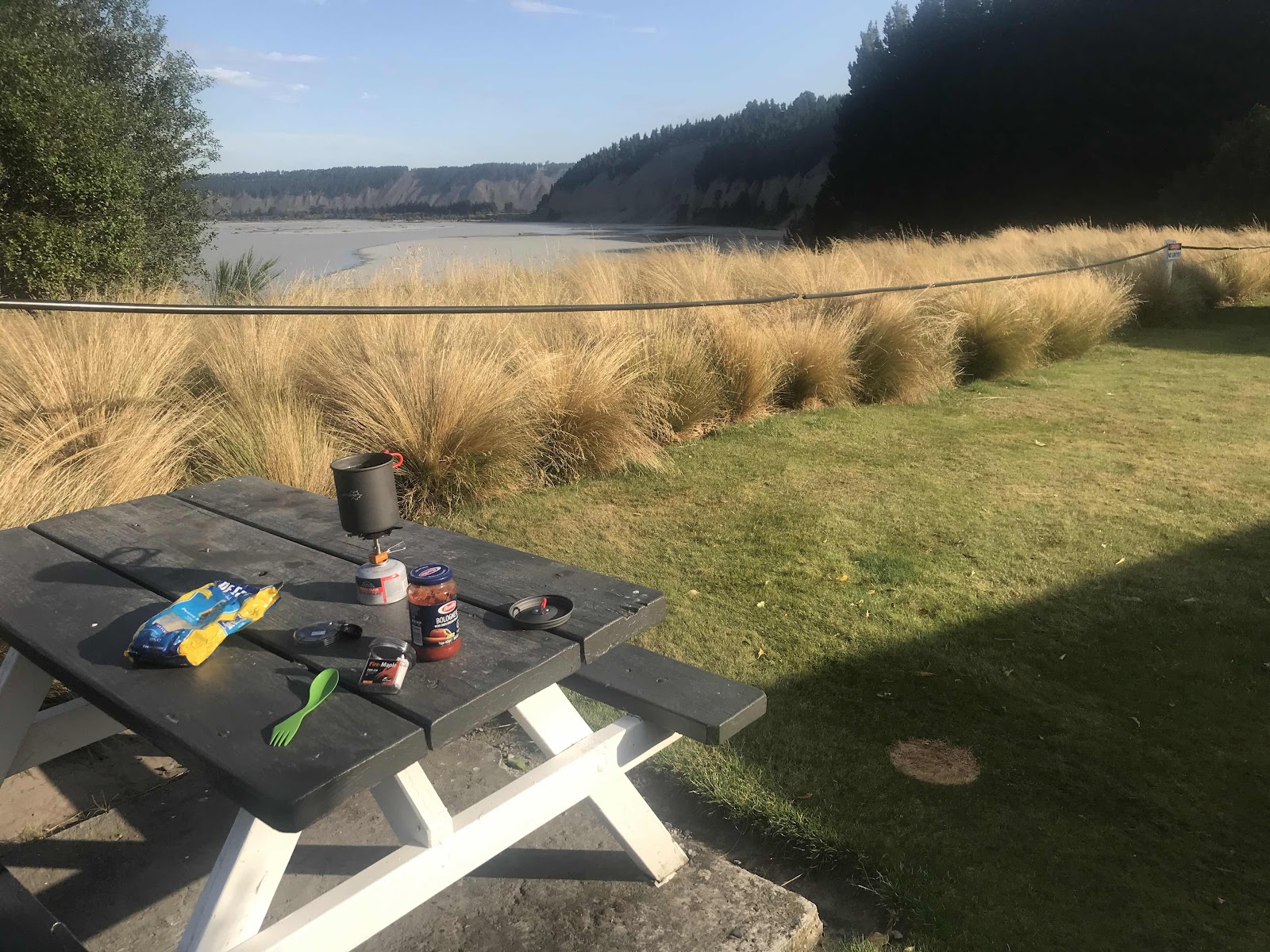