Day 2 on the Molsworth Muster Station Track. Unfortunately I didn’t sleep to well for all the wrong reasons. My alarm at 0600 still startled me though. I snoozed two times till 630 and was on my way a little after 0700.

It became very clear very soon that my legs were not up for it today 😦 My quads just kept on cramping up, even at very gradual inclines. I took a break after just 10k and ate some breakfast and mixed some carbohydrates and electrolytes into my water, hoping that that would help against the cramping.

Got on my way again and figured that in the worst case I would just make it to the campsite at today’s halfway point. Slowly the legs became a bit better though, but still progress was really slow. I made it to the halfway point around 0130, meaning that it had taken me 6,5 hours to ride 50k. Considering that it also included some 1200m of climbing and that it was a shitty gravel road, it actually wasn’t too bad. That’s about as much climbing as during yesterday’s 93k ride 🙂

Some 5k before reaching the halfway point I was stopped by a guy in a car who had just come from the Molsworth Gate and said that the road was closed. I told him that I had phoned the DOC and that it was oke for cyclists, but he didn’t know anything about thAt, just that a sign said that the road was closed. Another car turned up in the distance and I waved it down to see if they knew anything. The girl said I should be fine, so I continued.

Once I reached the gate it indeed had a big sign on it, saying that the road is closed. Going back didn’t really feel like an option though 🙂 And next to that I had to decide whether I would push on for today or whether I would stop. Signs clearly stated that wild camping was not permitted along the road ahead. On the other hand: it was only 1330, so it seemed a bit of a waste to just stop now. I decided to push on, thinking that worst case I would just pitch my tent somewhere….

So the gate with the fire sign on it was unlocked. However a little further down the road a second gate was locked. I decided to lift my bike over the fence and – while feeling a bit like a criminal – pushed on. I did the first one of the last two big climbs and rode some undulating road, riding a total of 5k and some 250 meters of climbing. After that I saw a car coming from the opposite direction, and I decided to just wait to see what the driver’s response would be. Feeling very guilty though 🙂

The guy was friendly and asked me whether I was aware that the road was closed. I explained the situation to him, and also told him that it would be quite shitty if I had to turn around. The guy decided to radio (no phones here) the DOC’s station manager. Turning around would be such a shame….

The verdict was that it was oke for me to continue, but the station manager did not believe that I would make it to the next campsite before dark, so they kindly suggested that I would pitch my tent at the halfway point and wait till morning to continue. It meant I had to ride back 5k and handover my 250m climb, but it was definitely better than riding back to Picton 🙂 And I was not too sure whether I could make it to the next campsite either, so their suggestion was quite fair. The silver lining is that I now got not 1 but 2 confirmations that it is safe to proceed 🙂 And luckily I got two buffer days. This hold up probably sets me back half a day…

Also learned another lesson: glass jars on a bike is a no no. While I’m normally not able to open them, they seem to open automatically when on a shaky road. Luckily I carried all foods in a separate drybag, and I had time enough to clean it out again. And luckily there is enough food left 🙂

So rode about 60k today and did about 1450 meters of climbing, of which I get to do 250 meters again tomorrow 🙂

Just as I was cooking my food the station manager actually came to find me to see if I was oke 🙂 so friendly. I discussed my plans for tomorrow with him and apparently the bypass I was planning to take is closed, so I’ll be making my way to Hammer Springs instead and then join the main road. This NZ trip keeps on changing 🙂

Anywayzzz I seem to have succesfully cooked some pasta. Can you believe that! 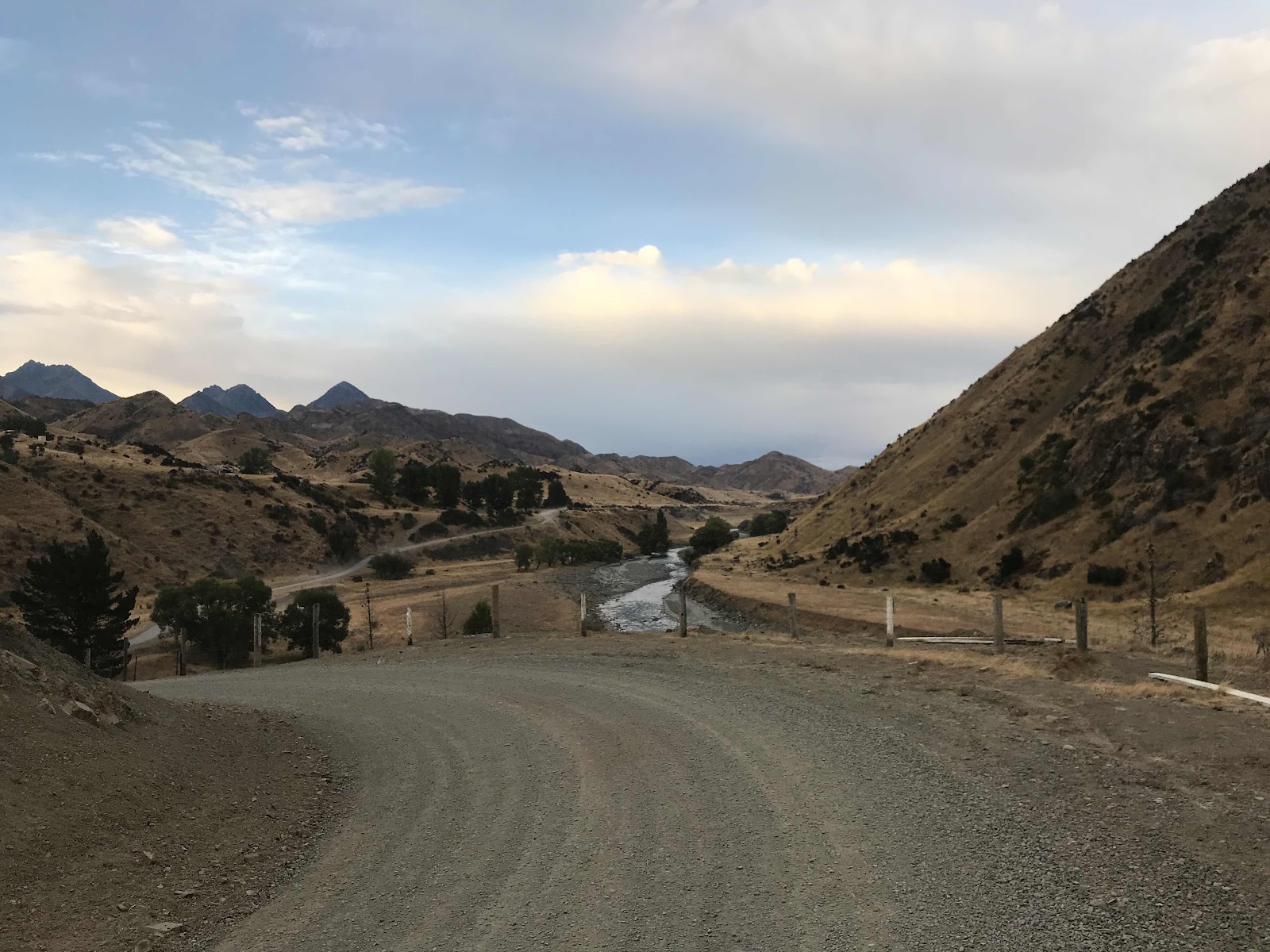 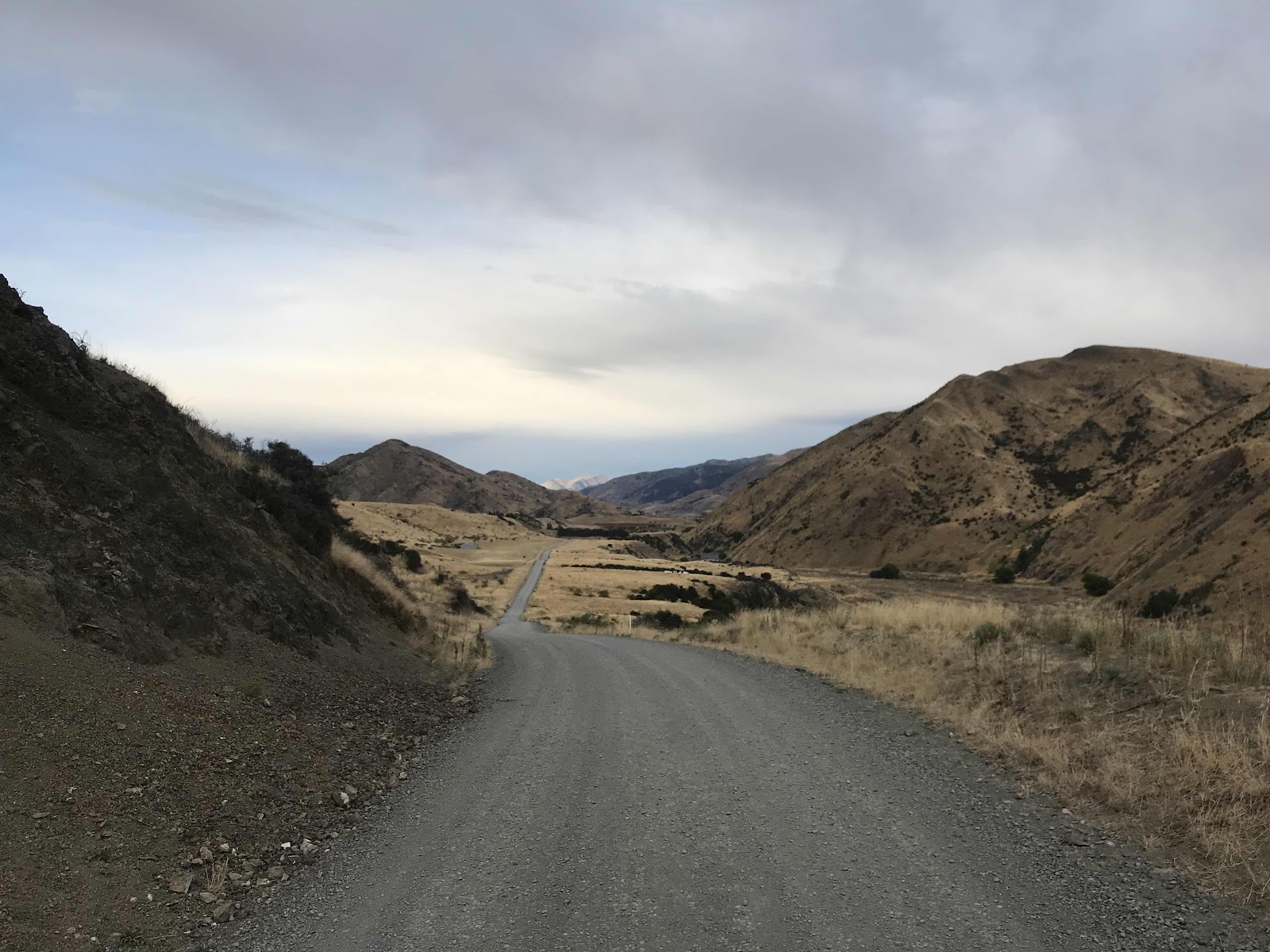 Today’s ride: up, with many in between downs! 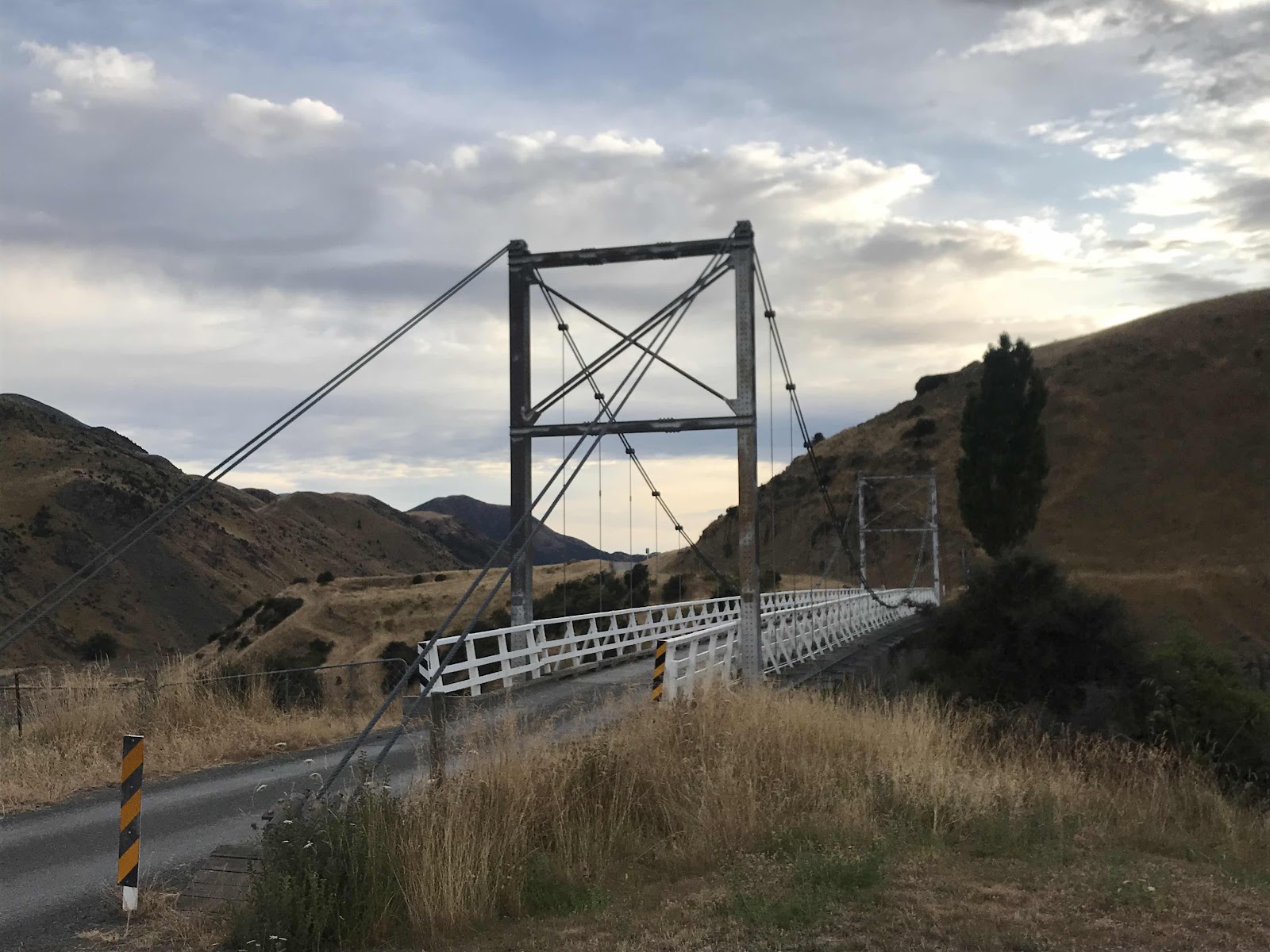 And a nice bridge.. 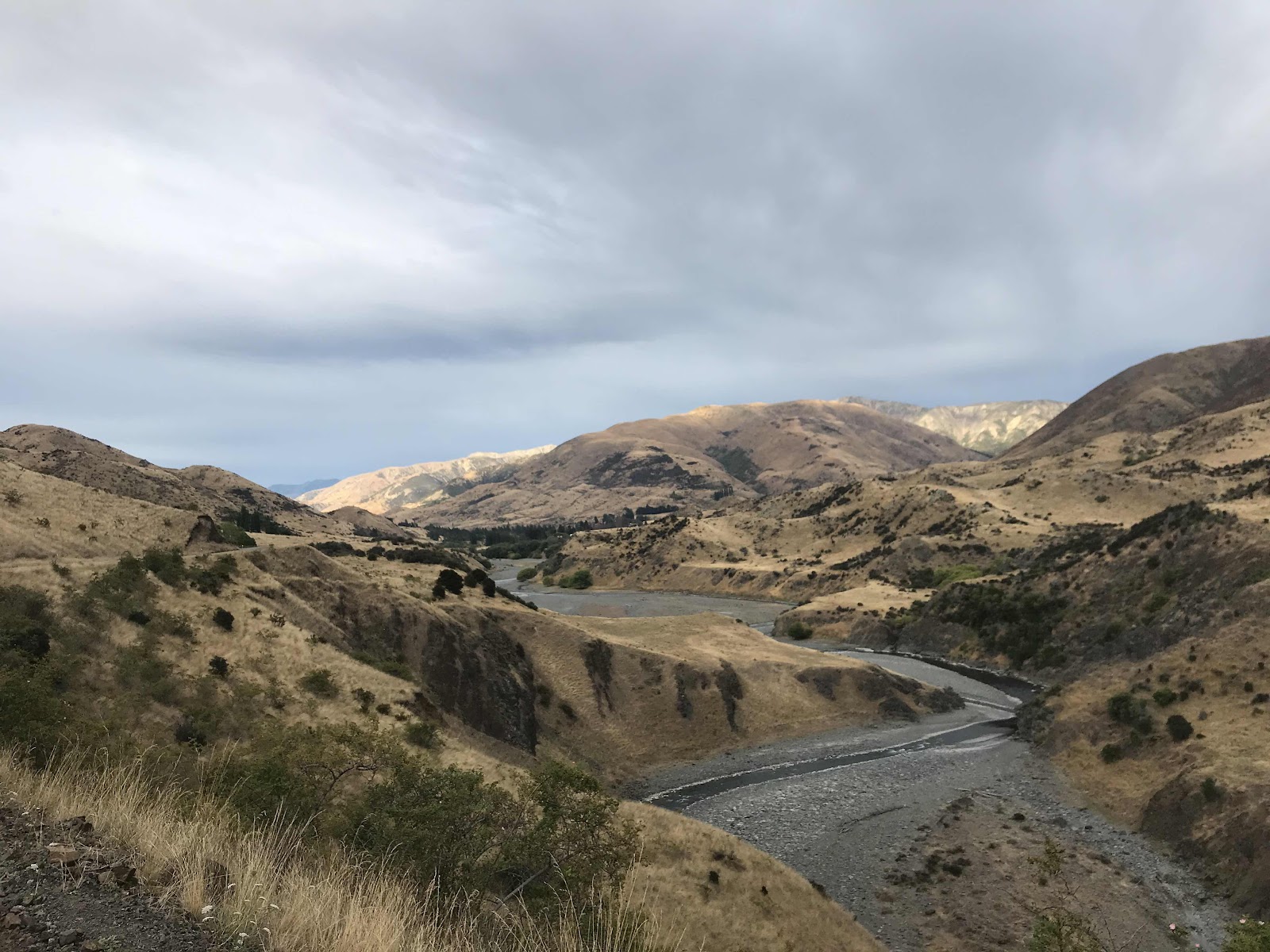 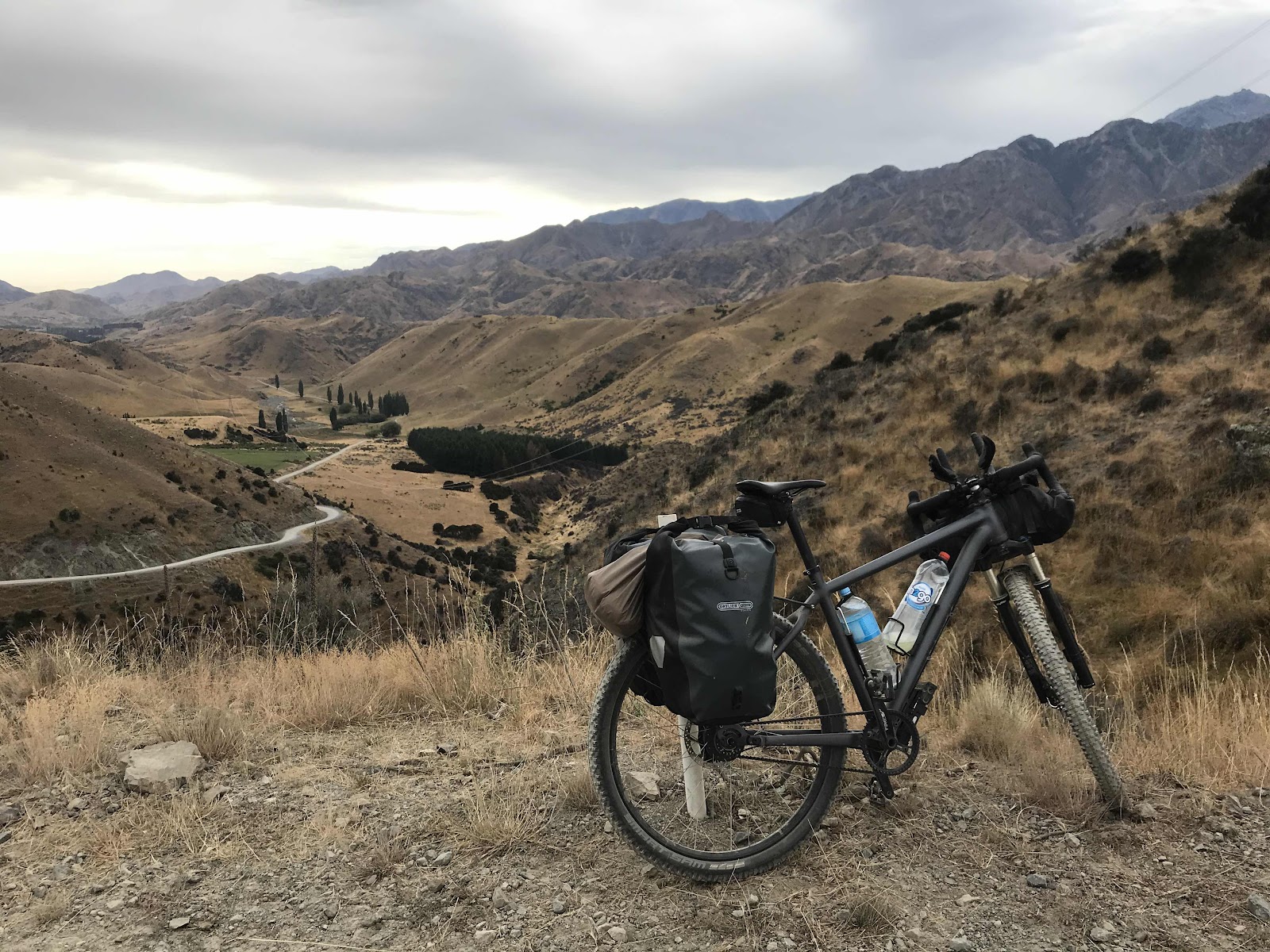 When the road looks like this, the legs hurt… 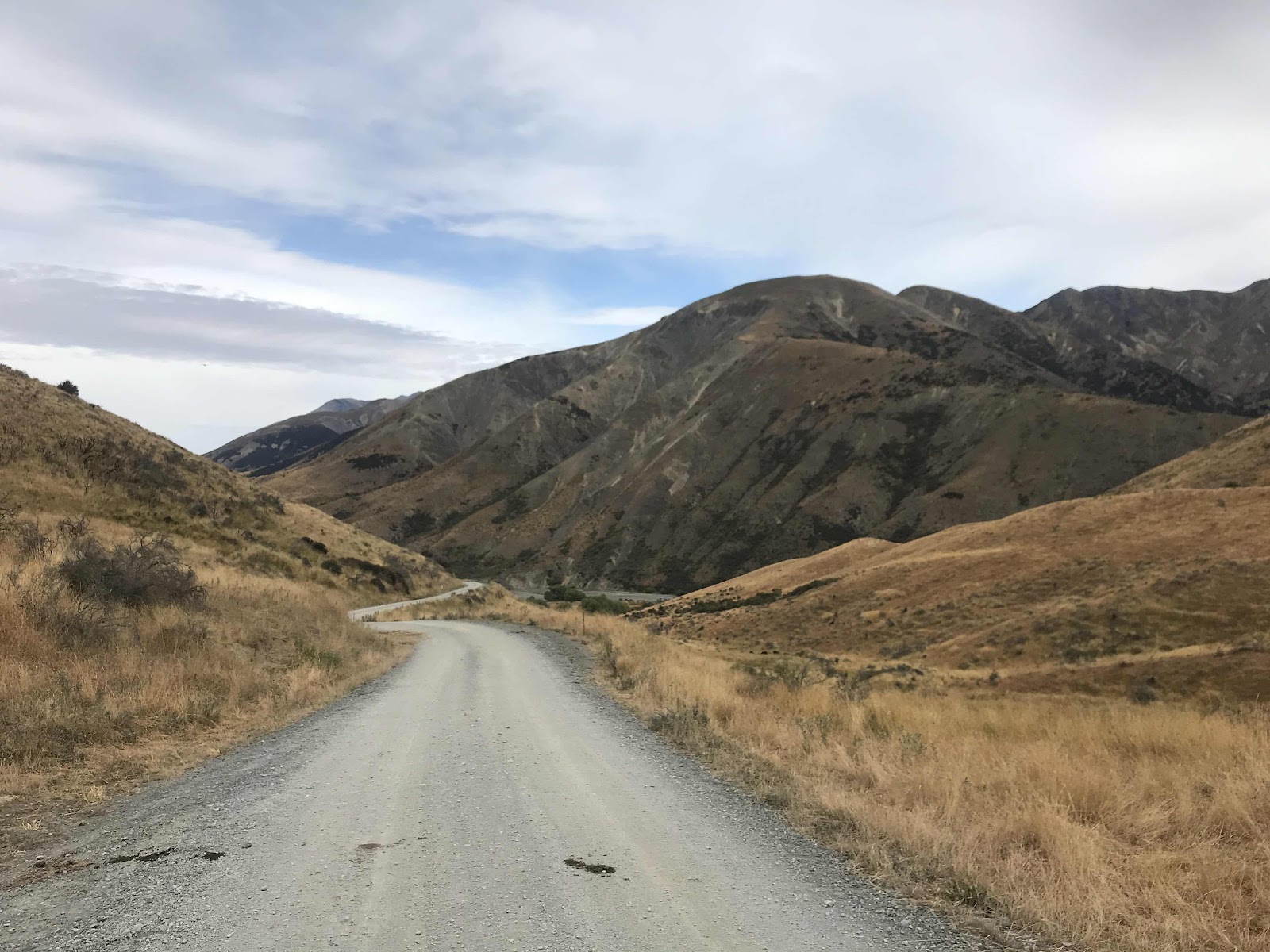 After doing the last bit of climbing tomorrow, I get some downhill in return though 🙂 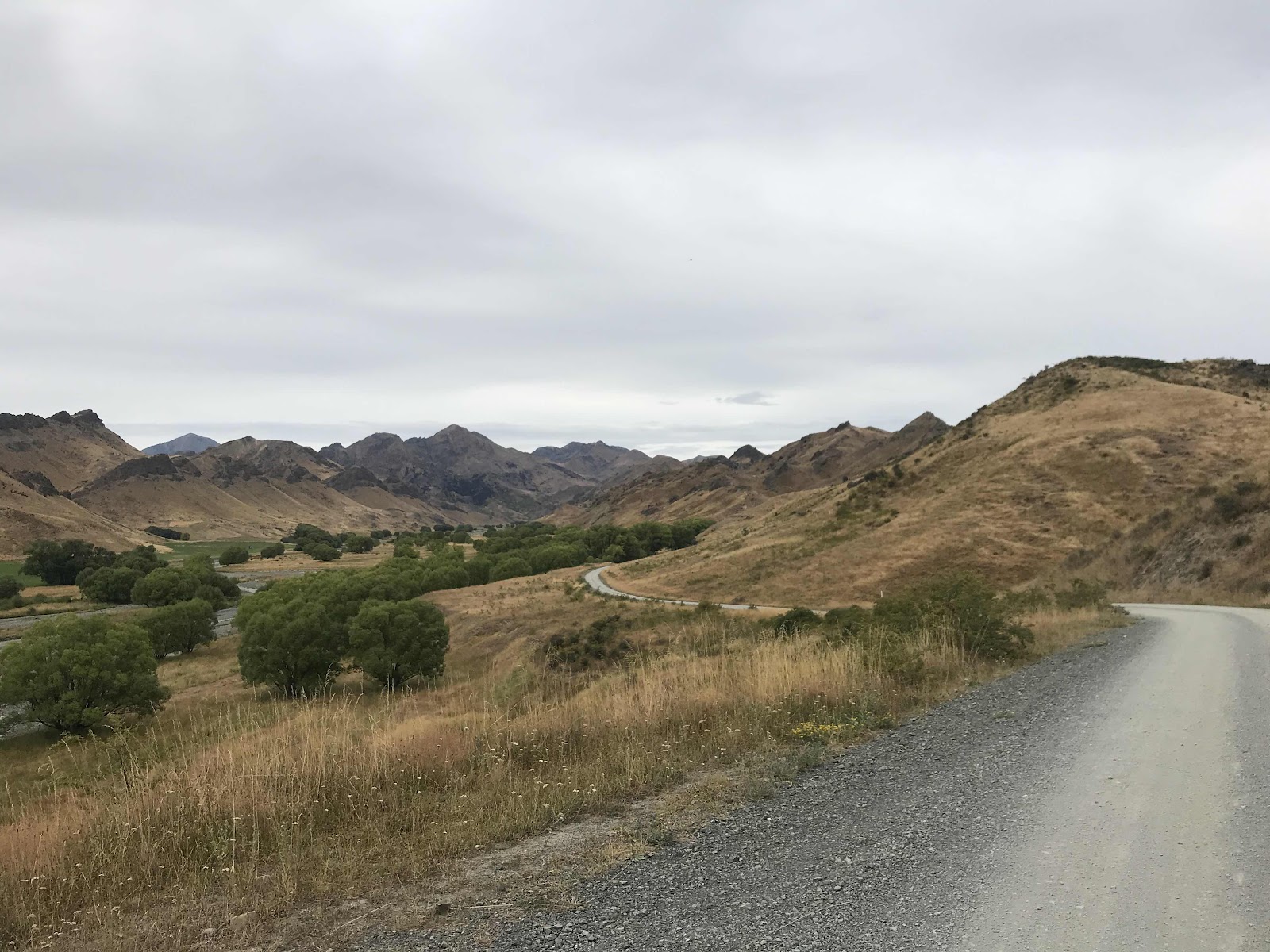 It’s hard, but worth it… 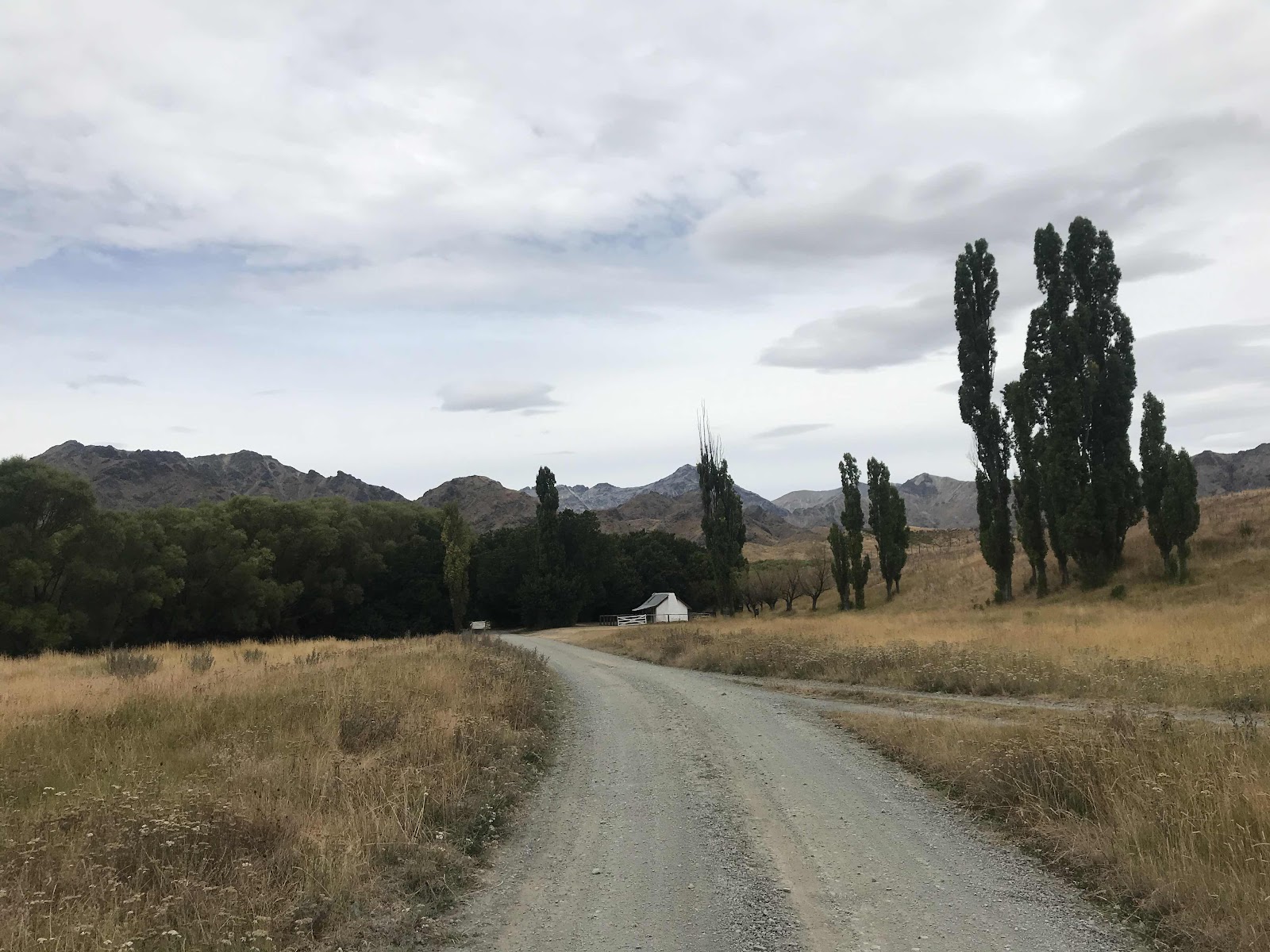 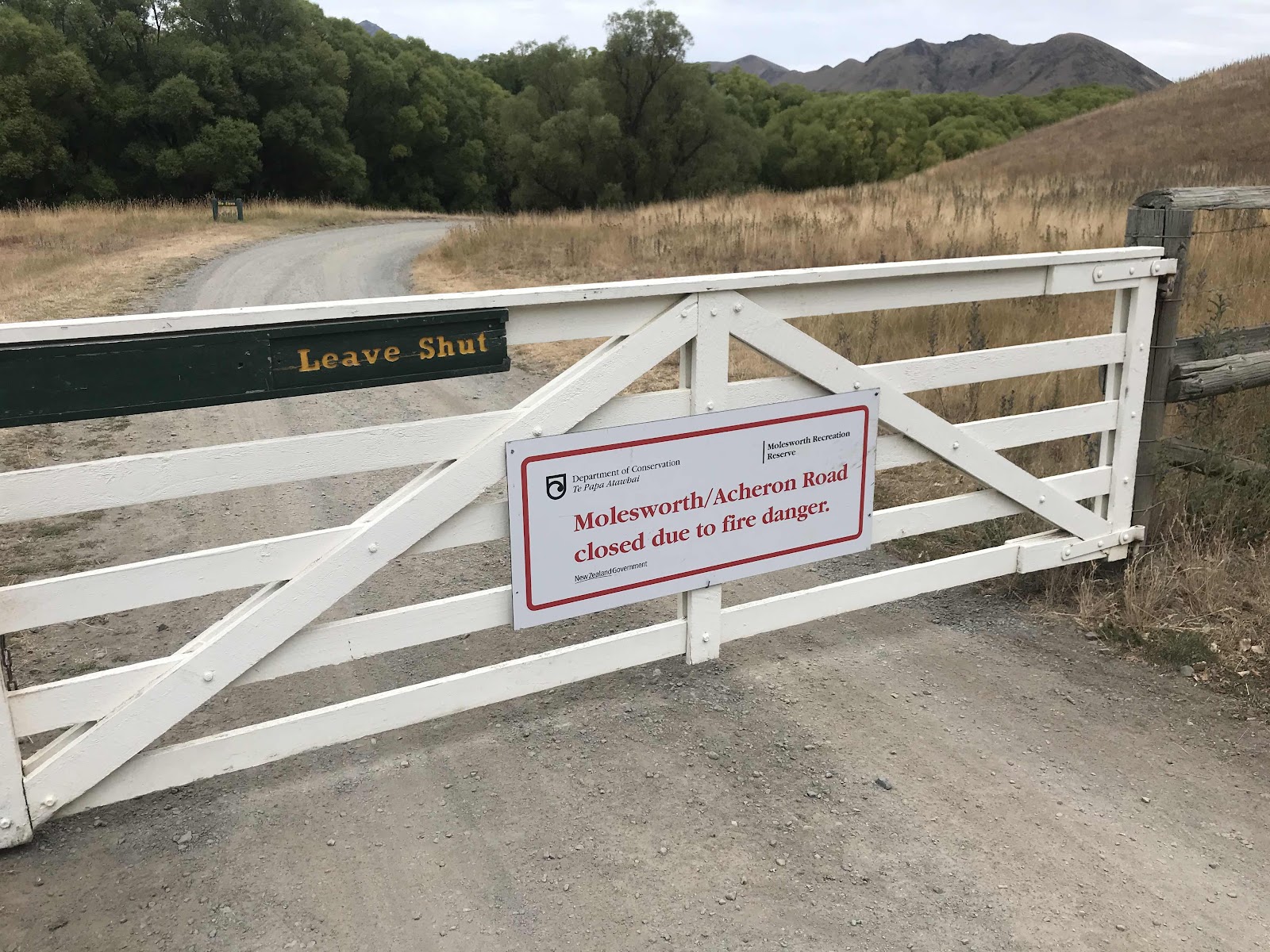 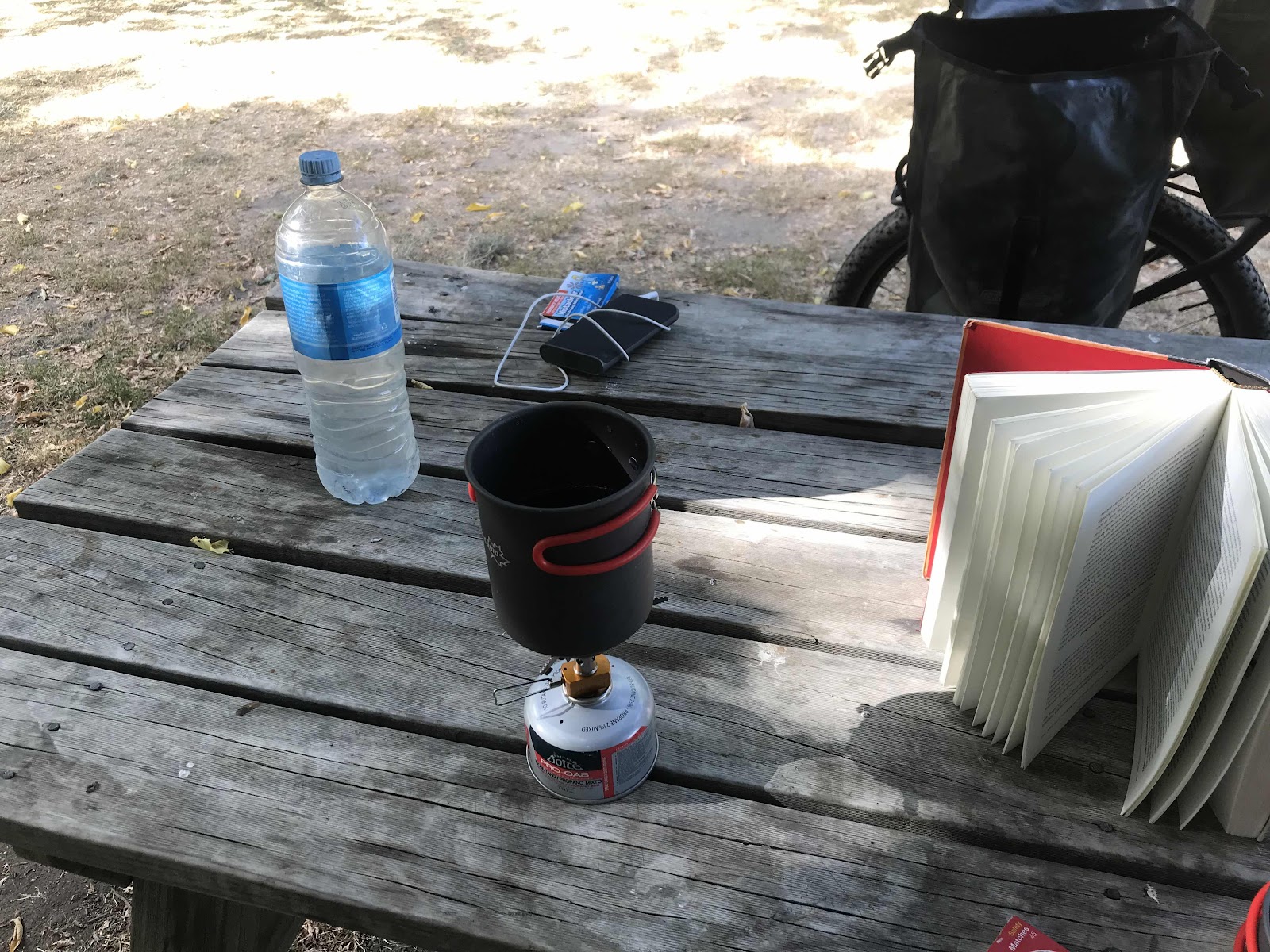 HS! Can it be true? Me cooking my own food? Its still not very haute cuisine though…