I had expected that all those stock car race fans would return to the campsite quite noisily last night, but to my great surprise I didn’t hear a thing 🙂 Maybe my earplugs just work very good. However they are not that good, because they can did’t keep out the noise of a domestic disturbance. Around 230 it became very clear to everyone on the campsite that somebody’s husband had slept with another girl, and some other girls on top of that. In his defense the husband called his wife a whore. Eventually the police came and escorted the husband of the property, so that everyone else could get some sleep.

The weather has been quite grey, cold, wet and windy today. I rode about a 110k and did some 1400 meters of climbing. I started the day with a 400m climb which went quite well. After that I stopped at a dairy and had some breakfast. Then easily continued until the next little town. Now and then it drizzled a bit and there was this fierce wind again, although today it didn’t blow me right in the face but it came from the side. Especially the descends were pretty cold.

After my second stop I found there was a local wildlife centre where I could see a kiwi, so I rode another 10k and decided to stop there. It was not very special. Most birds were asleep or hiding. The kiwi was asleep as well, so what I got to see was this ball of white fur. It looked cosy. And I always thought kiwis were green with black specks. This really was white…

So I procrastinated a lot at the centre. Went back to see the kiwi 4 times in the hope that it would wake up, but it didn’t. I dreaded getting back on the bike though. It was another 26k. All slightly downhill, but with these winds I wouldn’t notice a thing from riding slightly downhill. And I was cold. And I’m a bit tired too. And I really wanted to see the kiwi so I went back to see it another time, but it was still sleeping. Figured I could get some more food, but the cafe was just closing. Had a chat with the receptionist instead, who asked me where I was heading. When I said Masterton she almost fell of her seat, while it was only 26k. When I said that I hope to reach wellington tomorrow she looked very frightened and said “but you do know that the road to Wellington is a mountain road right”. I actually did know that 🙂 Although a 400 meter climb is hardly a mountain road 🙂 Apparently these distances are not so common to everyone 🙂 Anywayzzz, rounded up the conversation and checked on the kiwi one last time. Still asleep 😦

So eventually I got back on the bike and to my great great great joy the wind had stopped blowing 🙂 my last 26k were just a very easy fast ride into town 🙂 jeej! Sometimes procrastinating pays off 🙂

Tomorrow I’m going to try to make it to Wellington in one go. I think it’s about a 120k and it has another 400m climb in the middle. I just hope winds will be mild to me. Winds sure can blow down here 😦 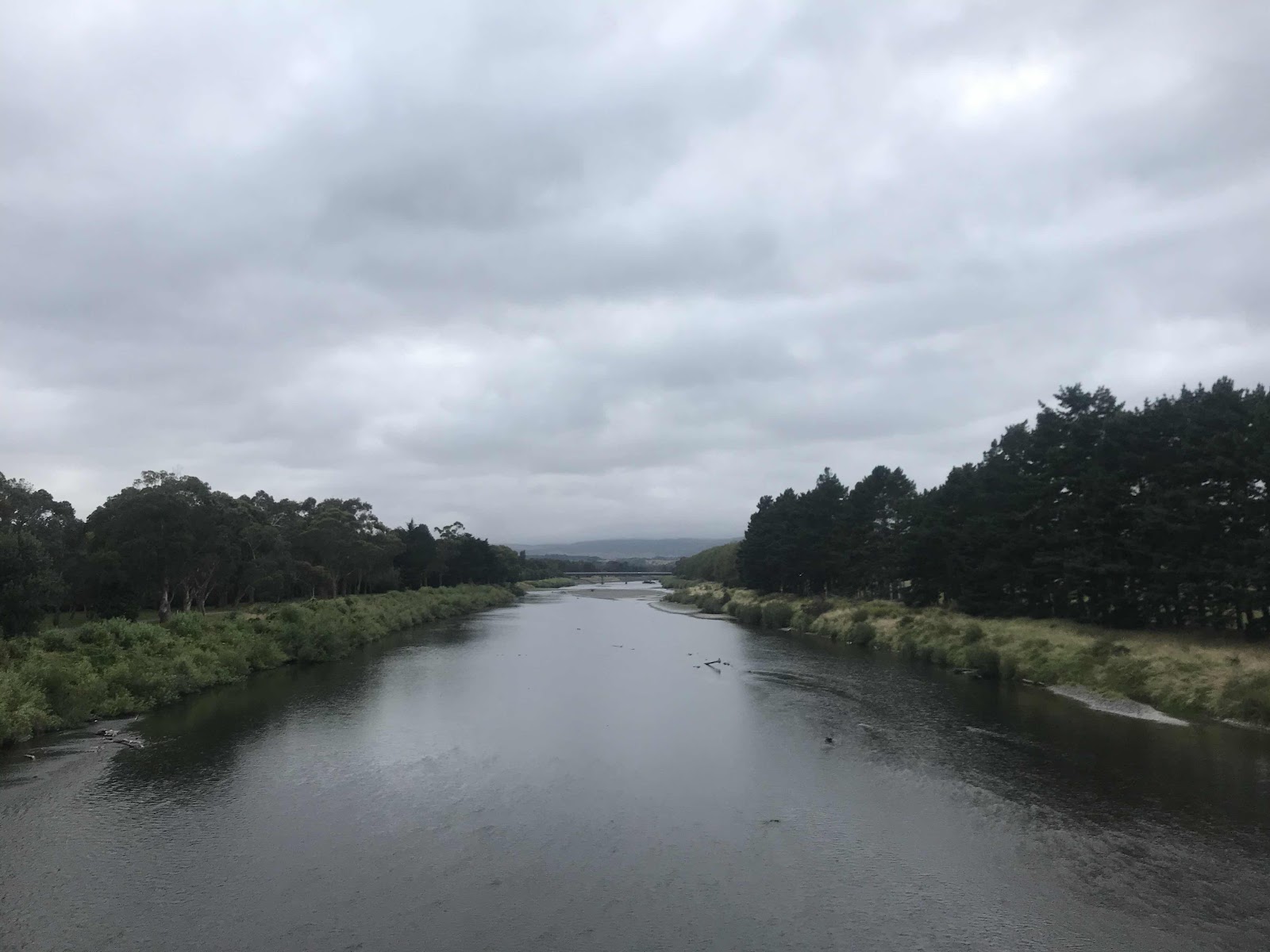 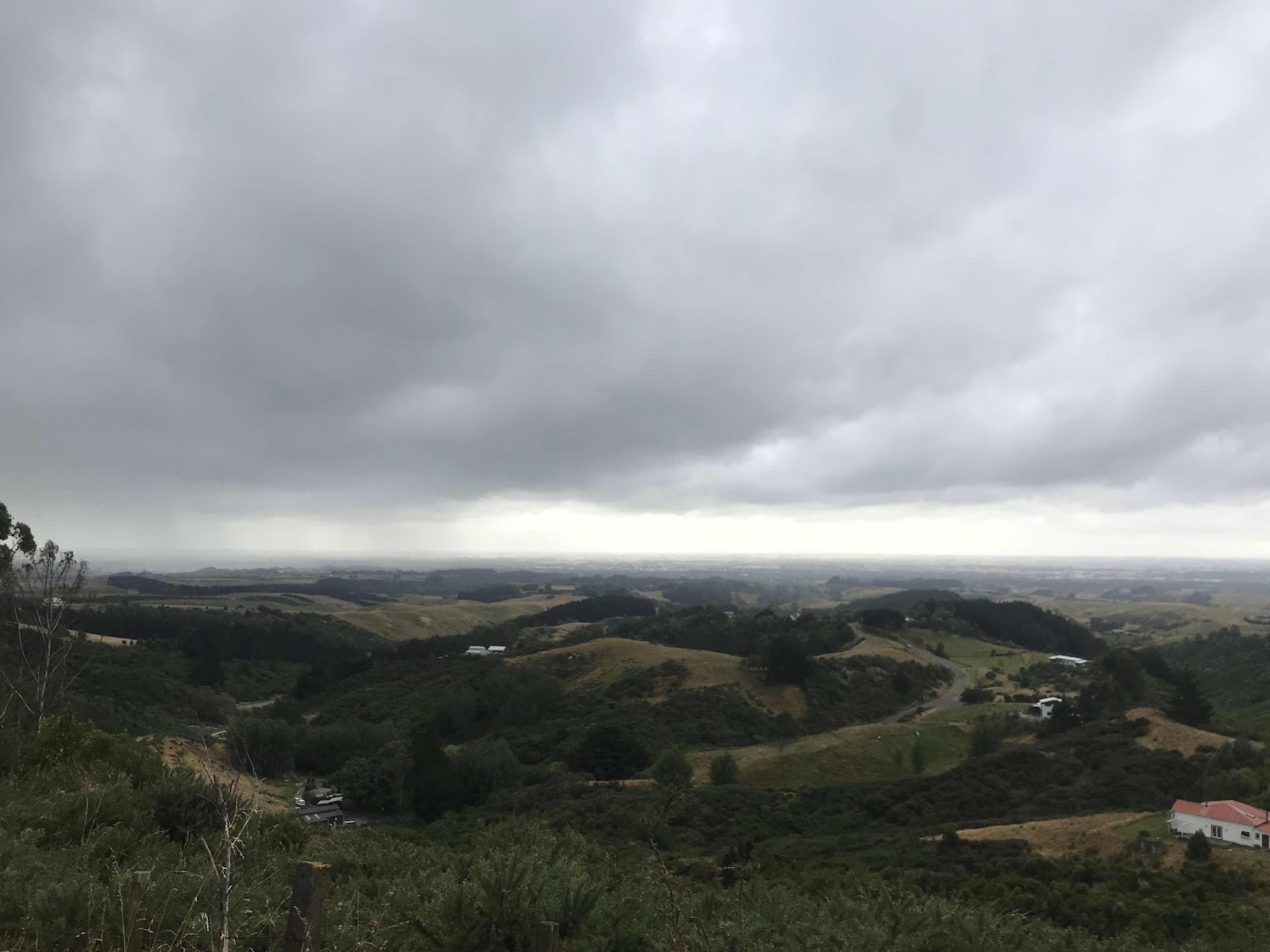 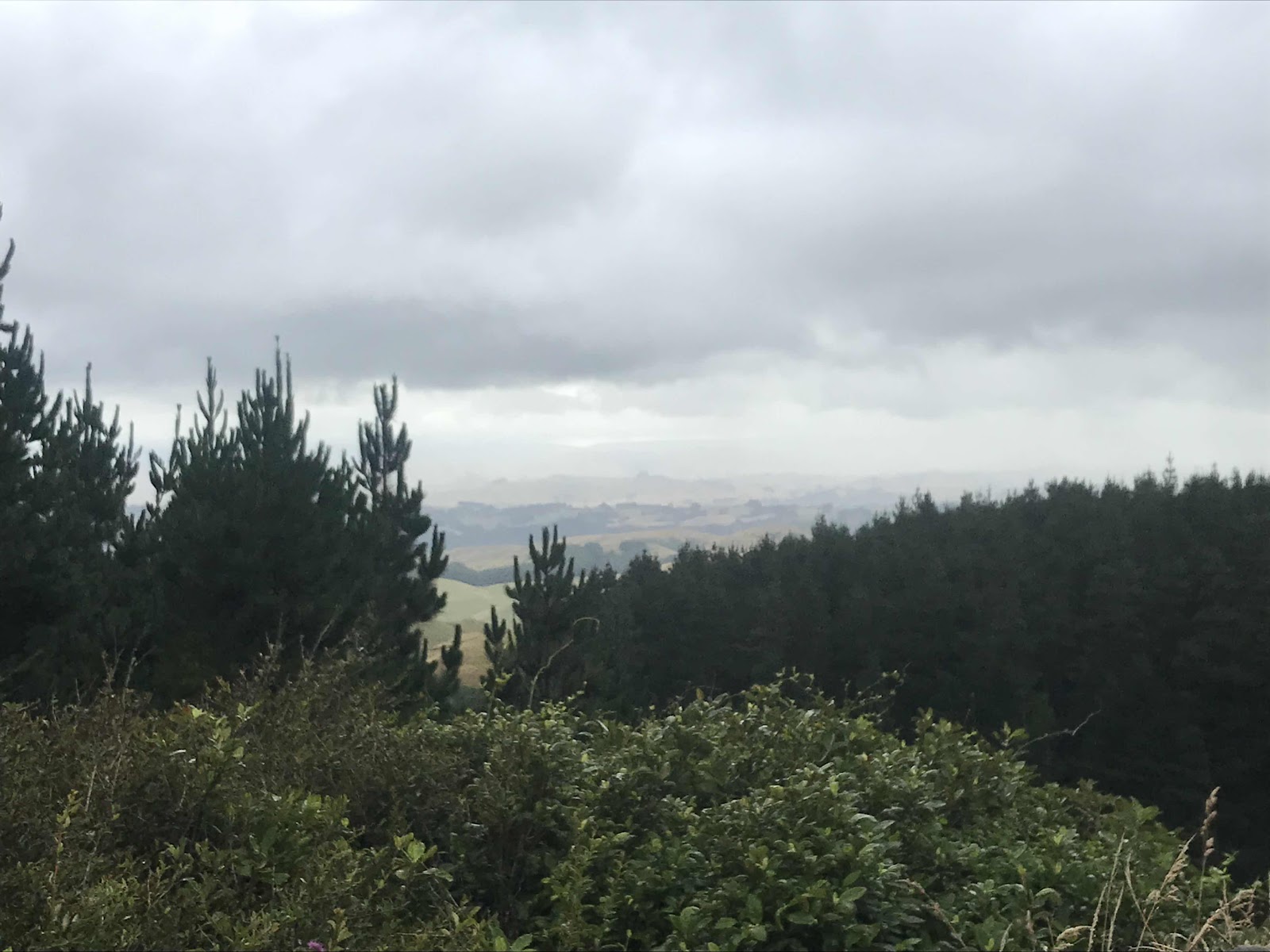 Still the views were quite oke! 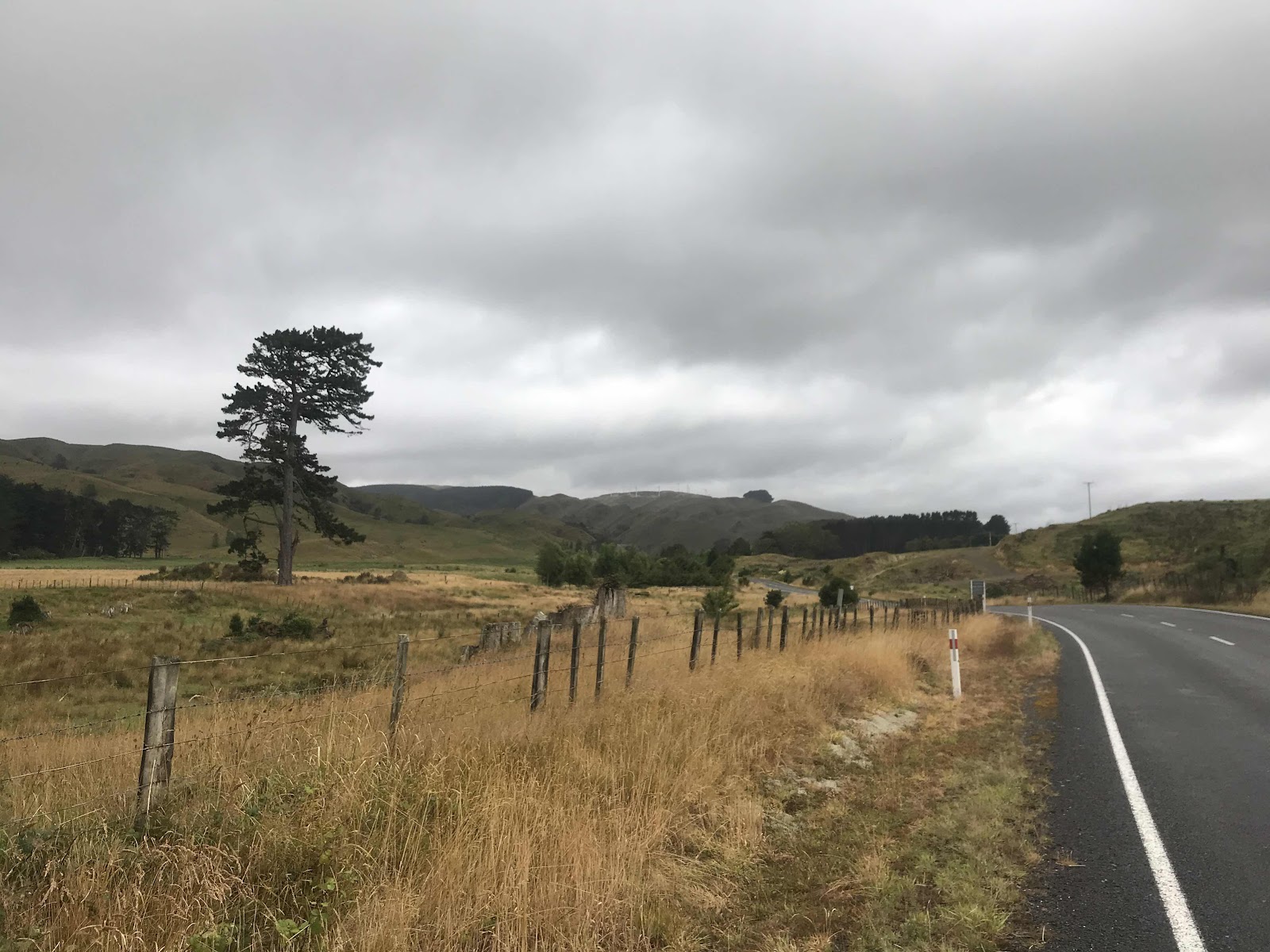 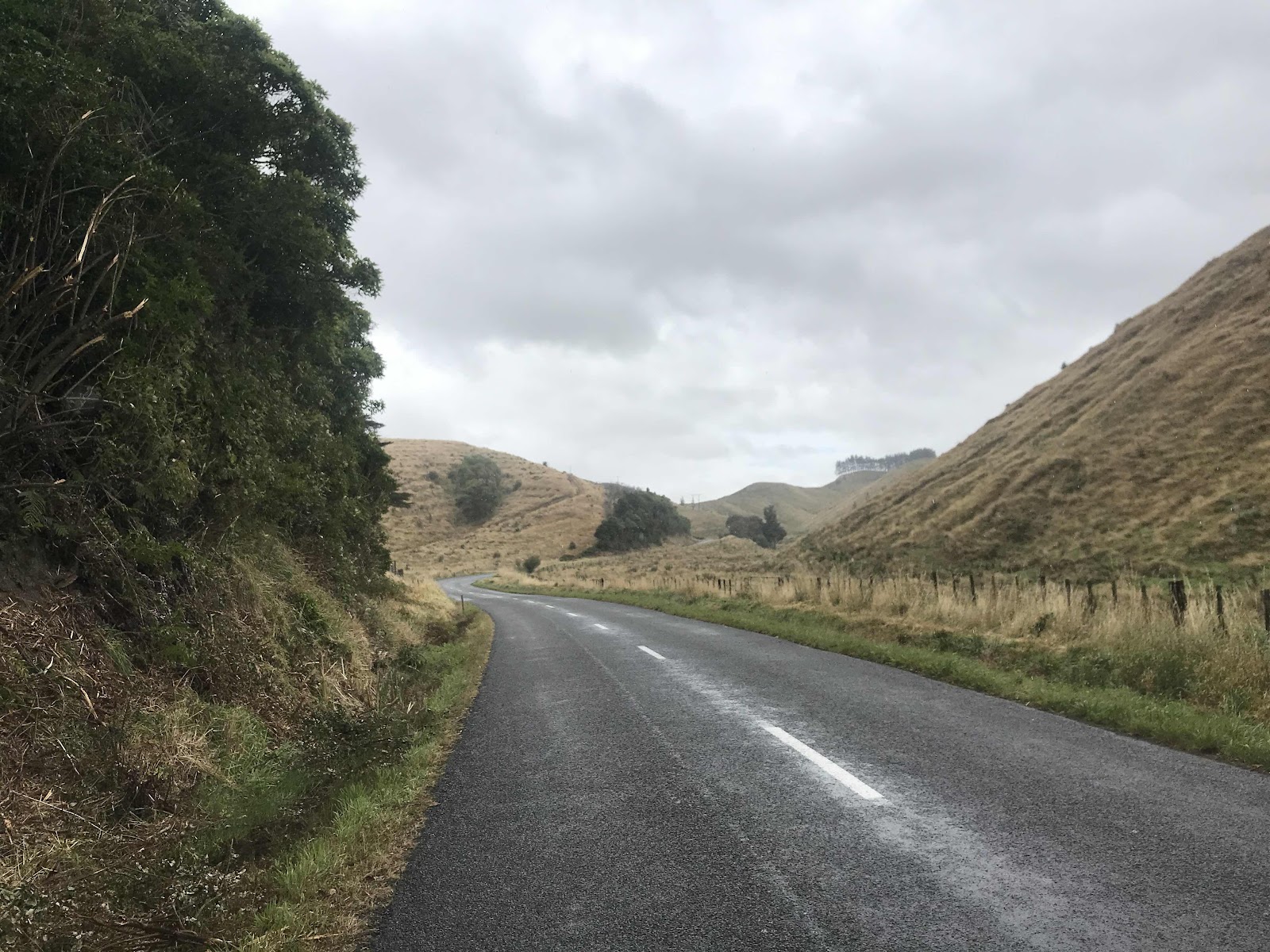 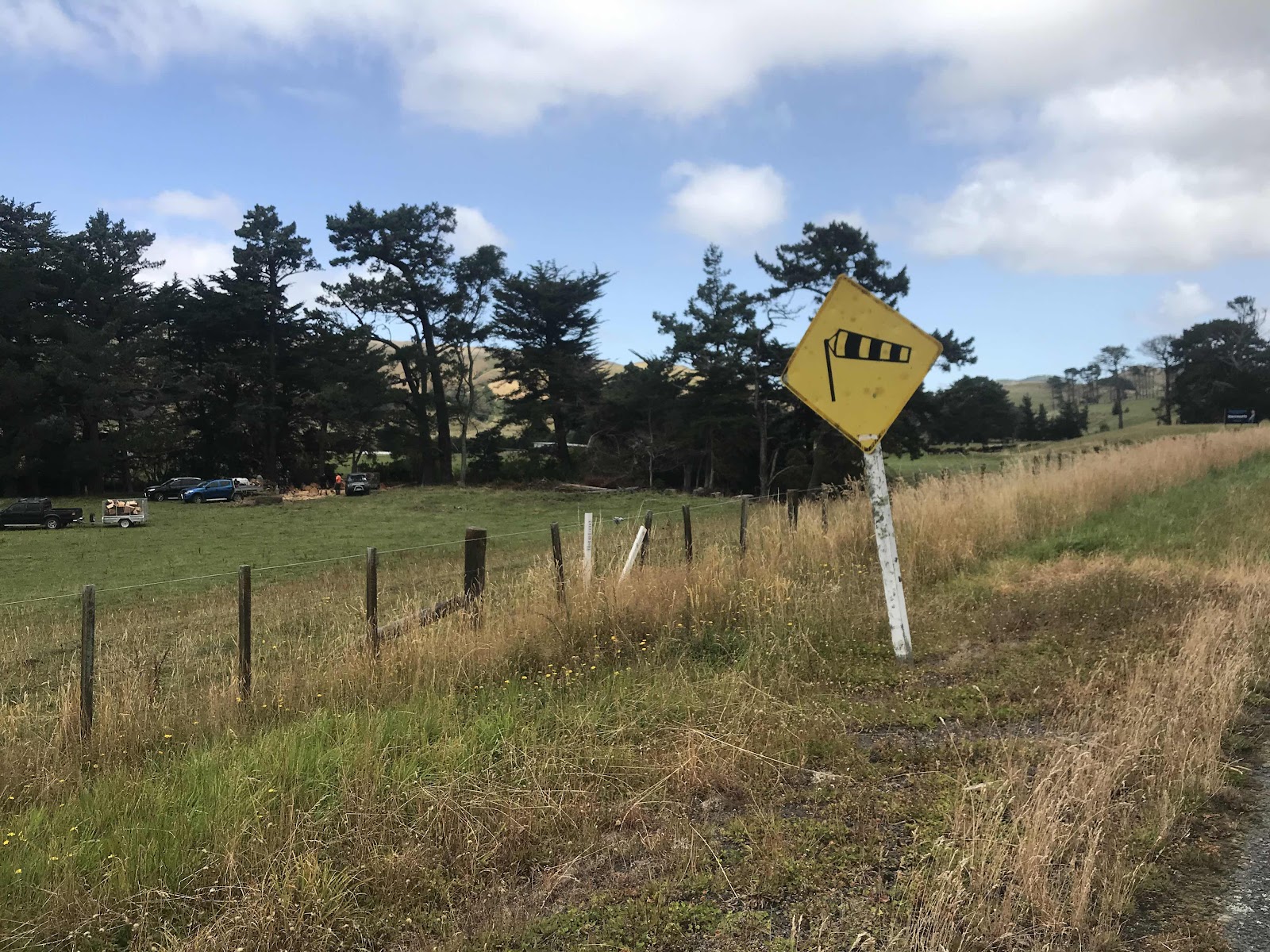 Beware of the winds… no shit…. 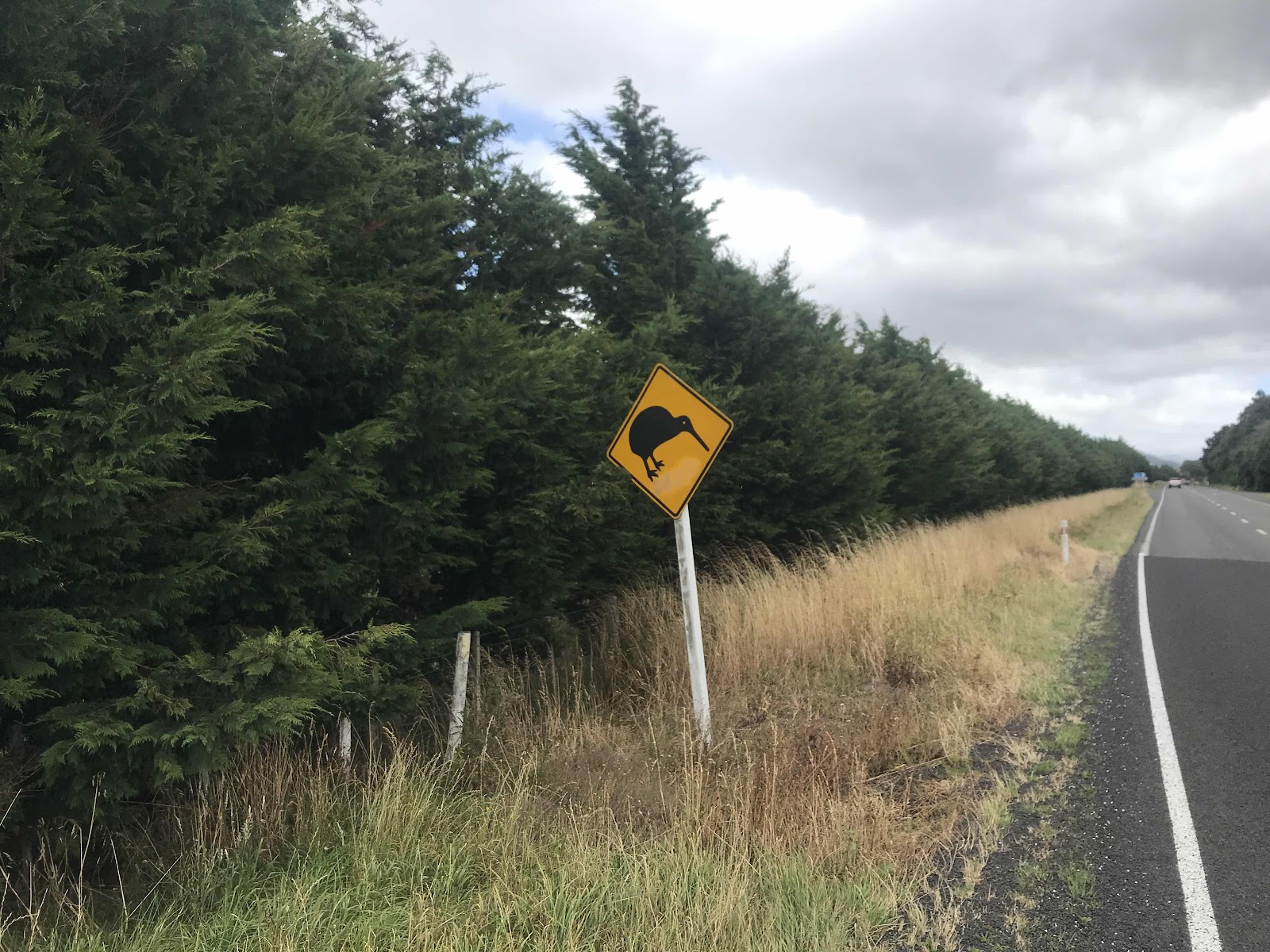 Beware of the sleeping kiwis 🥝 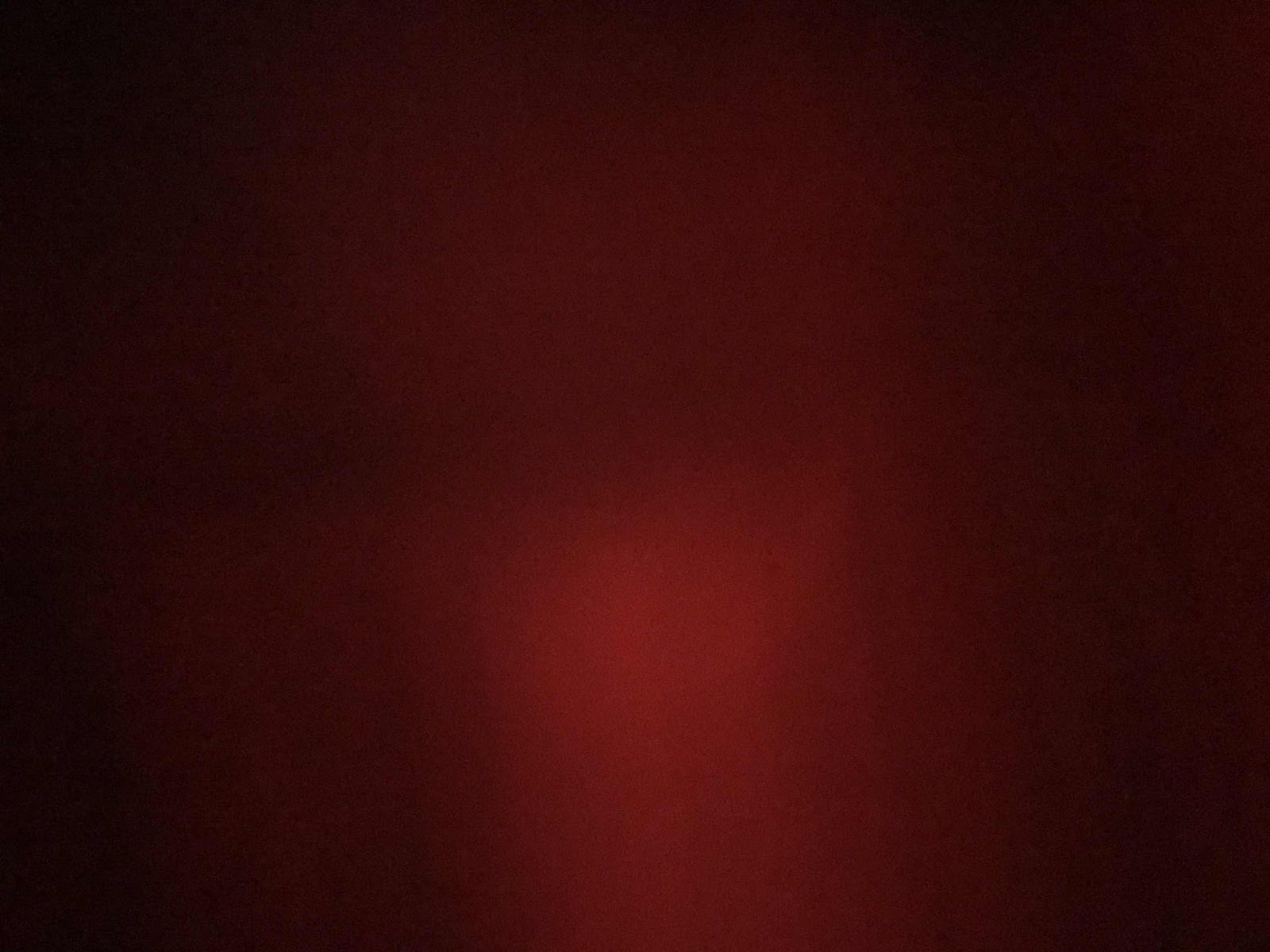 My attempt at a Frans Lanting style picture of a sleeping white Kiwi without green or black specks in its unnatural nocturnal environment. 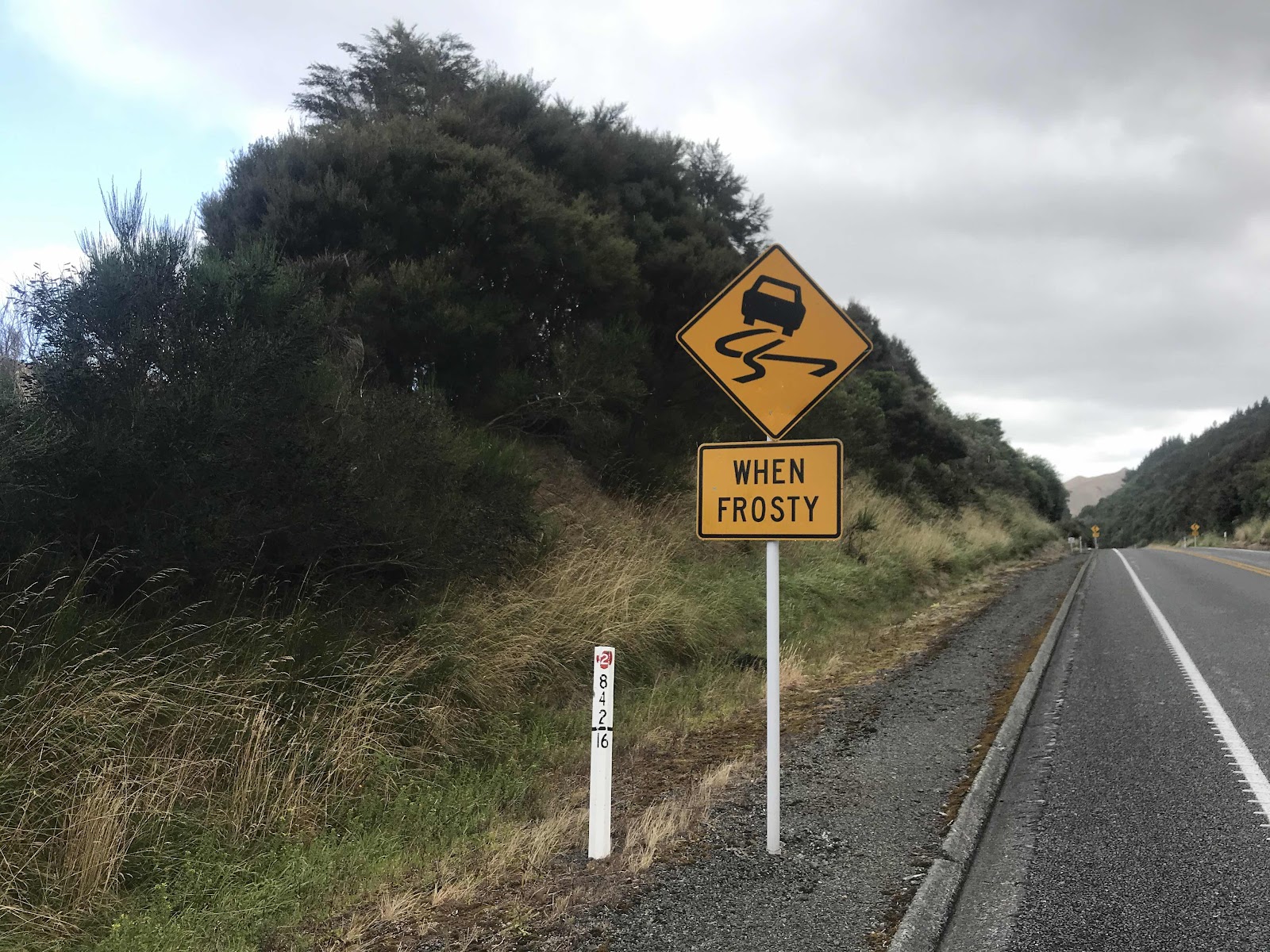 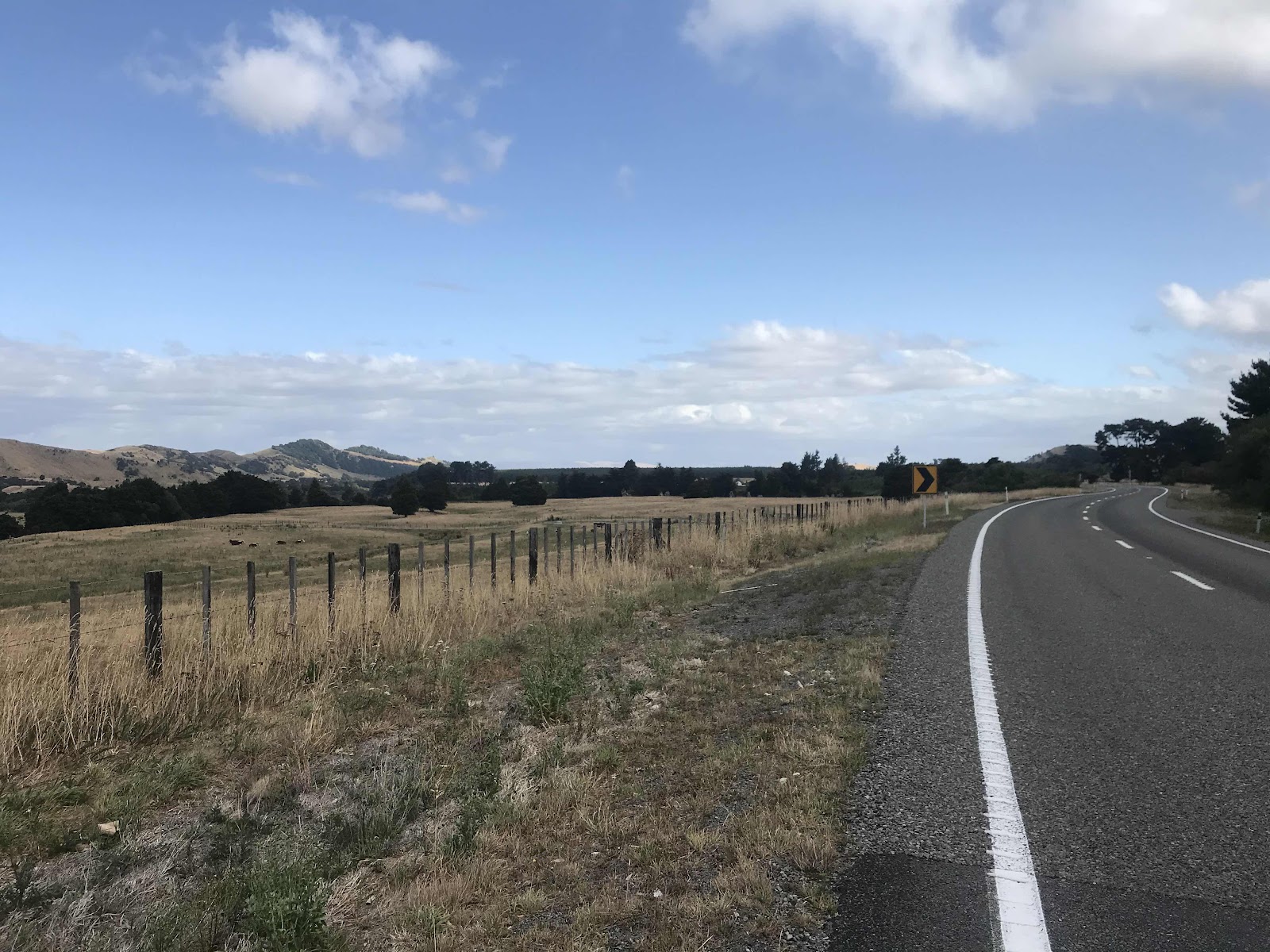