So I checked on my brakes yesterday and it turned out that the brake pads of my front brakes are completely worn down, while the rear ones were still oke. Luckily I carried one set of spare pads on me, so i could just swap them out and then I wouldn’t have to wait for the bike repair shop to open this morning. Unfortunately it didn’t prove that simple. After I replaced the pads, the space between the two pads was too little to still fit the rotor. Now, I know you have to loosen the calipers a bit and stuff, but still it wouldn’t fit. Replacing brake pads on mechanical disc brakes shouldn’t be this complicated! I started to wonder whether I might have brought the wrong type of brake pads…

So I ended up at the bike repair shop this morning anyway. Luckily he had a hard time replacing the pads as well 🙂 And it turned out that I did bring the right pads. The guy ended up loosening the brake cable a bit and he realigned the caliper. And after about 30mins I had a working brake again 🙂

The guy asked me where I was heading next and I told him that I was mainly following the route of the Tour Aotearoa. He then said lots of cyclist just end up cycling directly to Palmerston and then taking the train to Wellington, as the bit between Whanganui and Wellington apparently does not have too much to offer. The South Island apparently is where all the magic happens. At least that’s what people keep telling me.

I don’t feel too much for just taking a train, but based on the guy’s advice I did decide to take a more direct route to Palmerston. By doing this it would take me just 1 day to get there instead of 2. So I started by following the main road State Highway 3, but even though the guy had said that many cyclists took it, it was too busy for me. So after about 20k I diverted to secondary roads, which made the ride way more enjoyable.

It was an oke ride. No spectacular landscape, lots of headwind (whichever direction I’m going, the wind around here seems to blow straight in my face all the time) and some moderate climbing. I ended up riding some 95k and did some 800 meters of climbing.

I made it to Palmerston around 1530, just to find a campsite that was completely full. And at the reception they said they absolutely had no space left. That actually has never happened to me before. I’ve never been turned down by a campsite! However, feeling sorry for myself wouldn’t change anything, so I took the phone to see if there were any nearby hostels available. However after 20 minutes on the phone there seemed to be no accommodation available at all, meaning there must be some event going on…

So just as I started to look for campsites further down the route, the owner of the campsite approached me and asked me if the ladies at the reception had managed to find a spot for me. I told them that they hadn’t, after which he told me to wait for a minute. After that minute he came back to me and told me that he had some left over bit of grass somewhere where I could pitch my tent 🙂 Awesome!

So I got a nice quiet bit of grass, away from the mobs that are here to watch the annual stock car races. At the moment literally everybody is off to see the races, and it’s dead quiet on the campsite. The noise will probably start once they all start returning from the races. Better make sure I got my earplugs plugged it 🙂 At least I got a place to stay 🙂 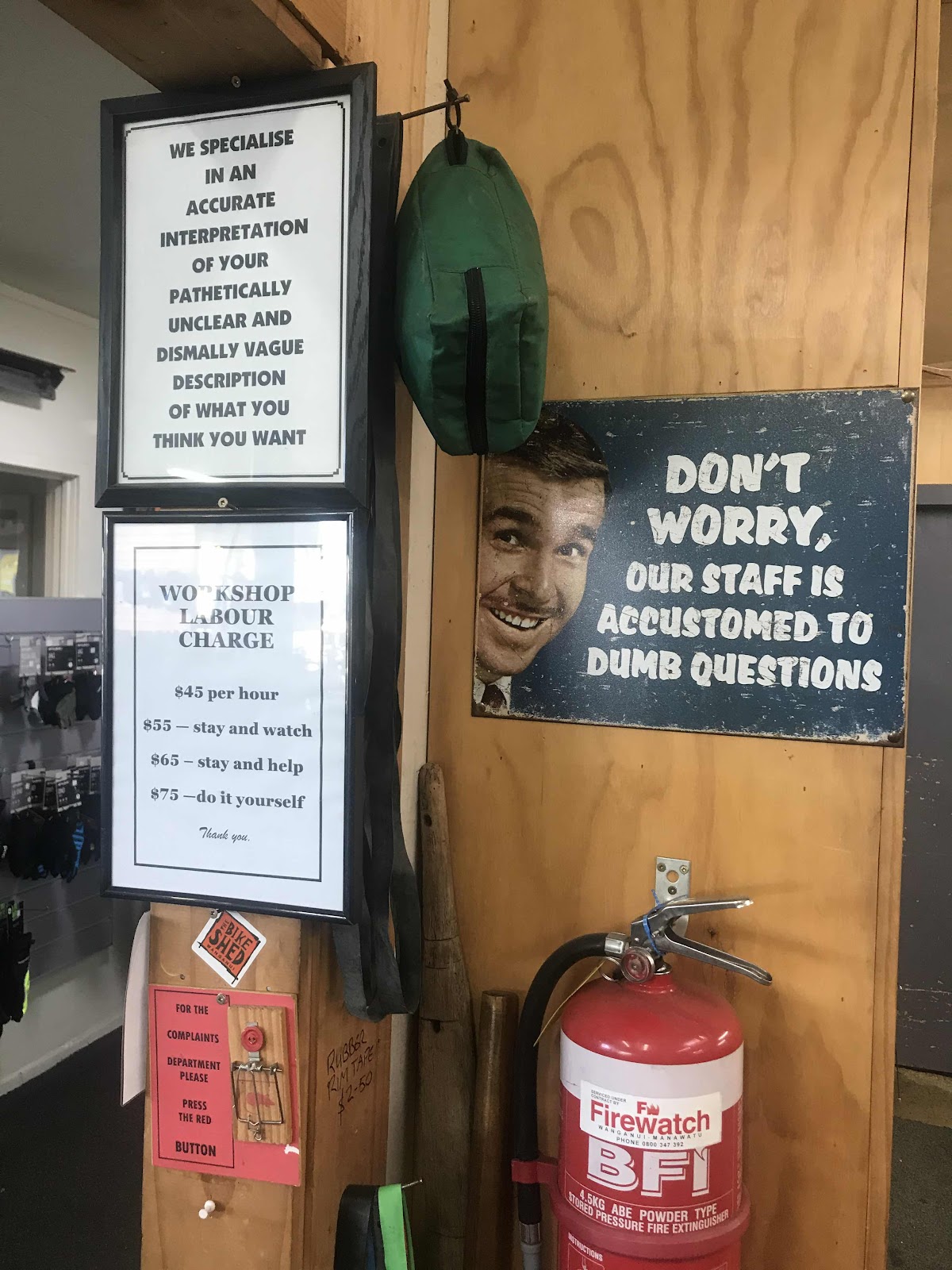 Funny signs at the bikeshop 🙂 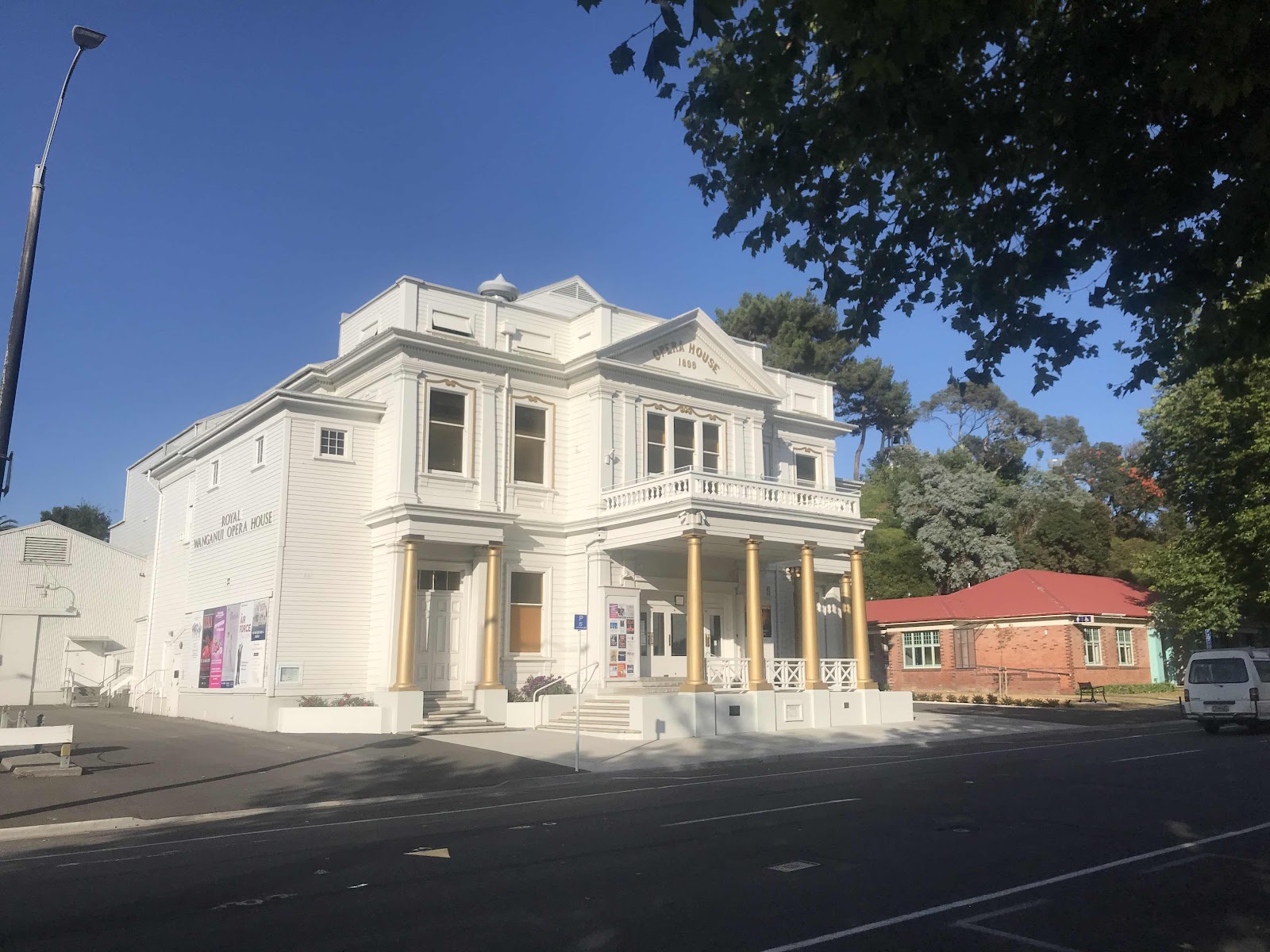 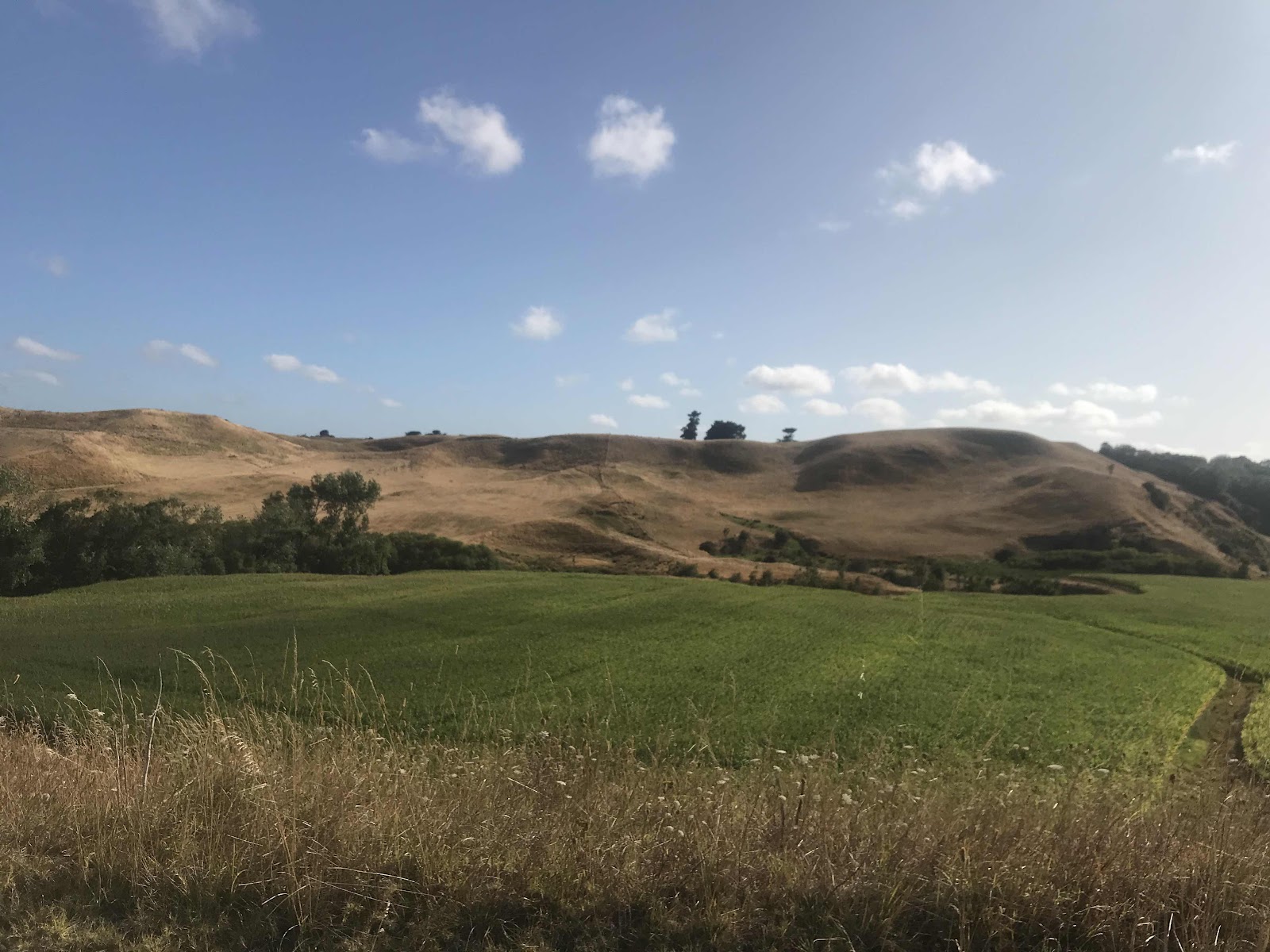 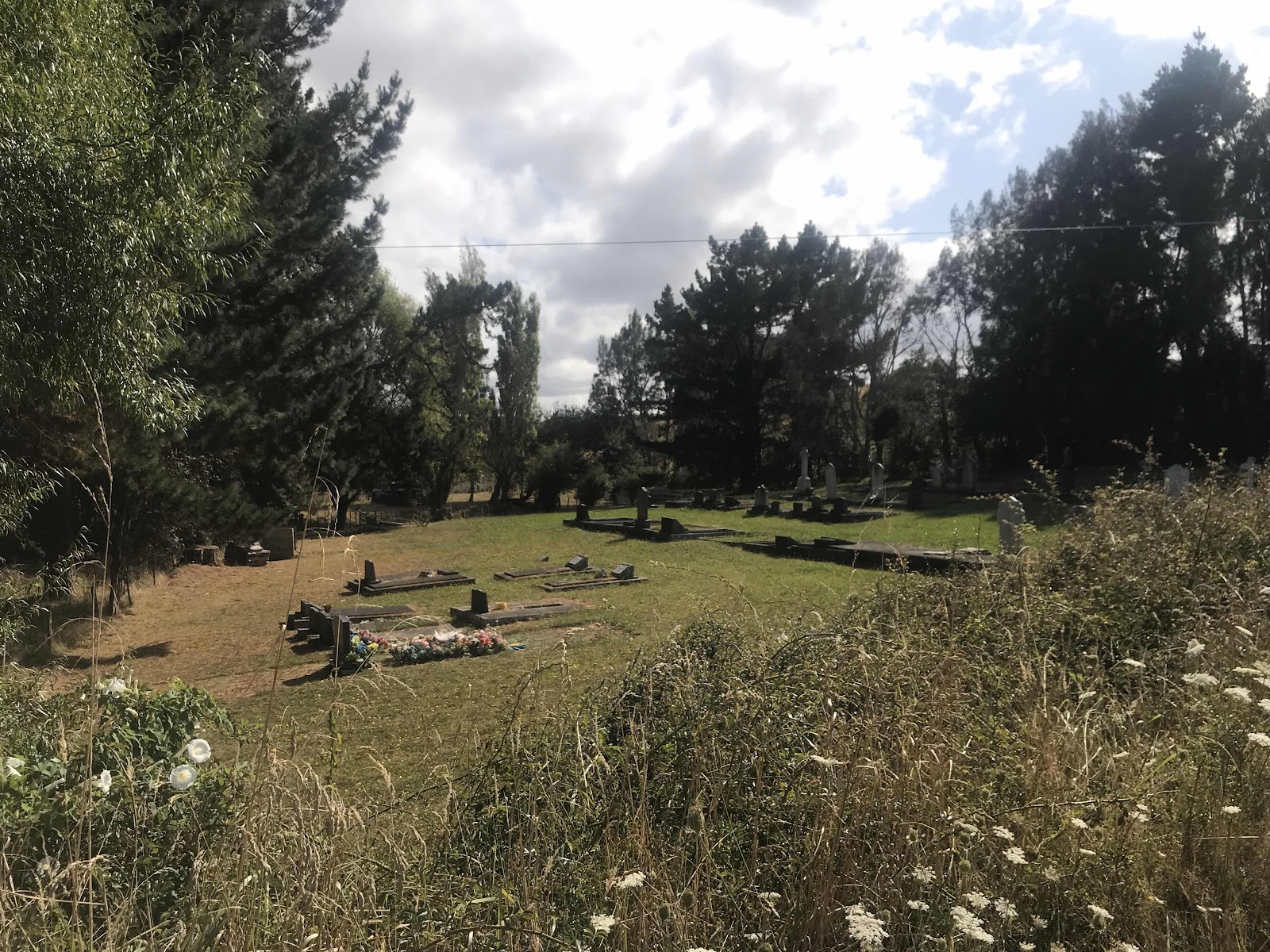 Even if you die in the middle of nowhere, you need a place to be burried…

Landscapes are not vert enervating, they’re not bad either! 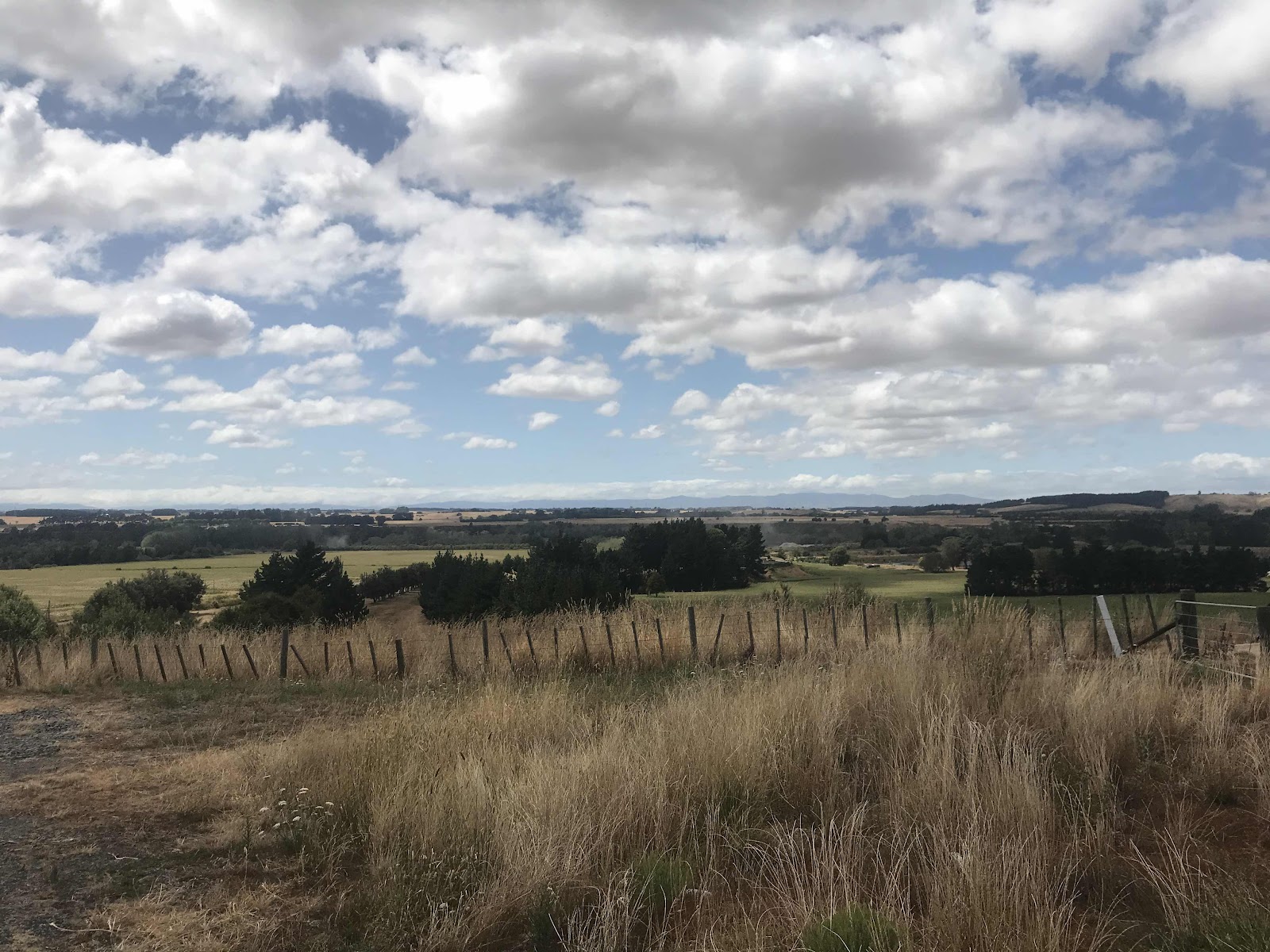 Mountains in the distance! 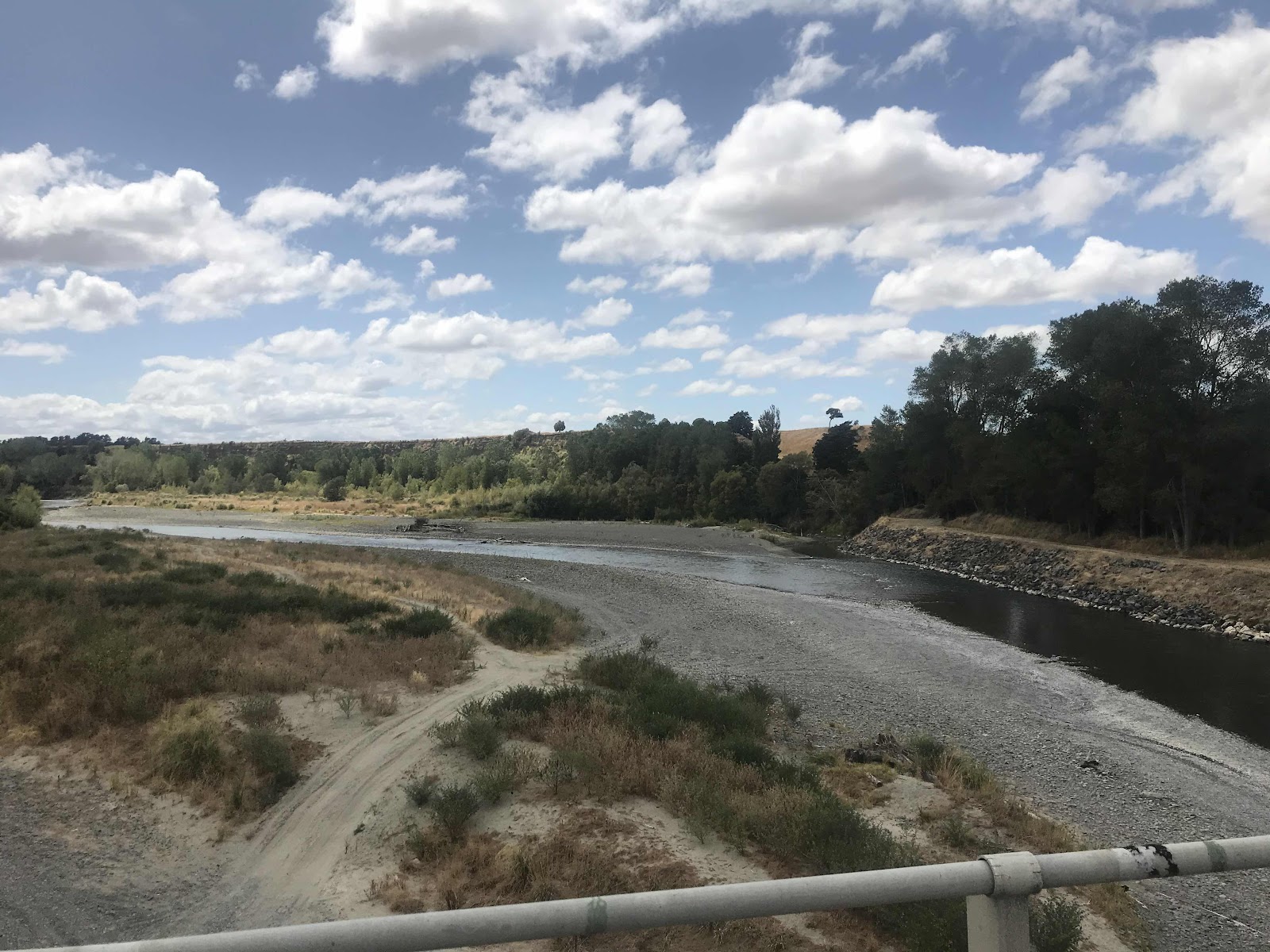 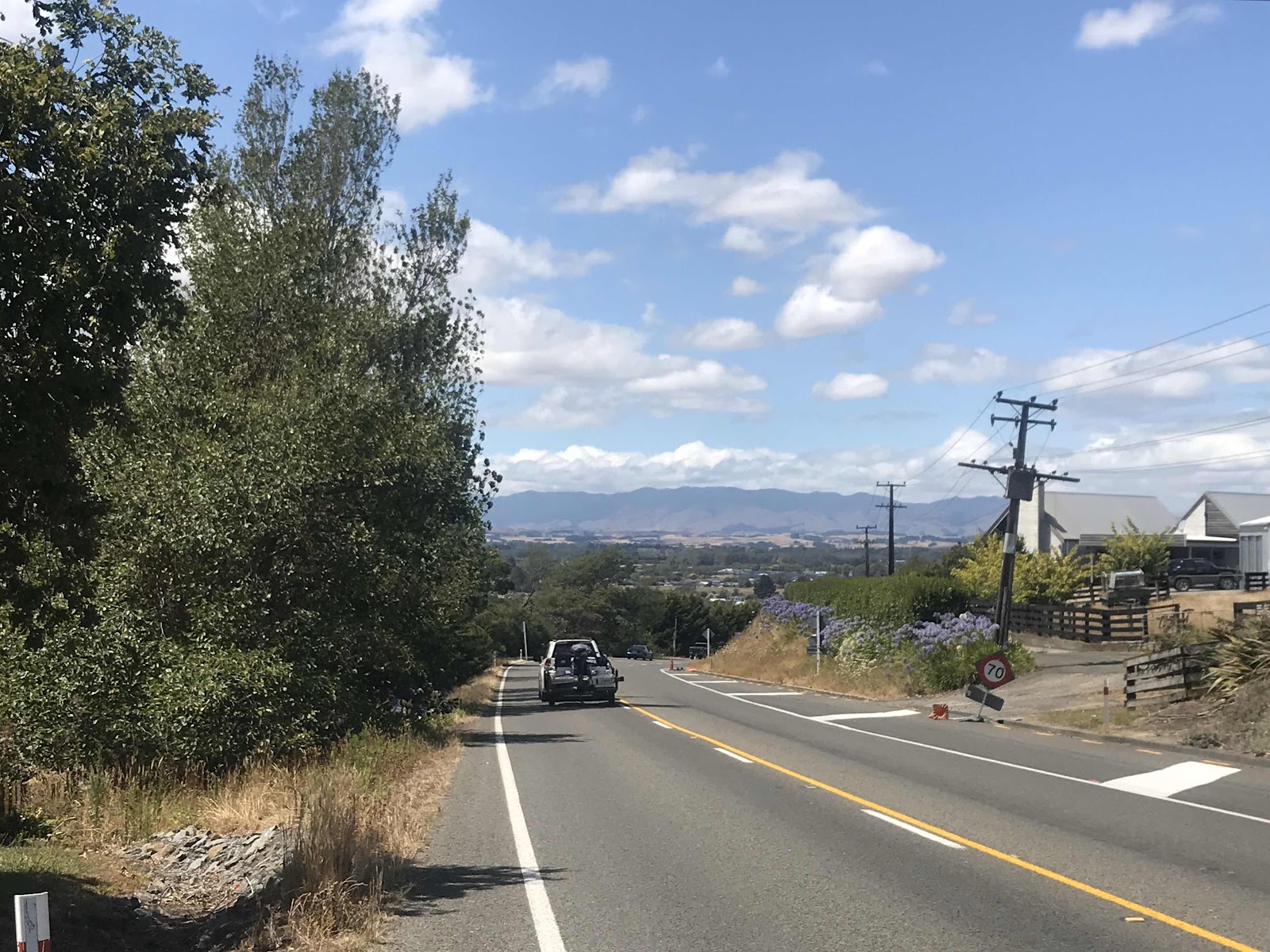 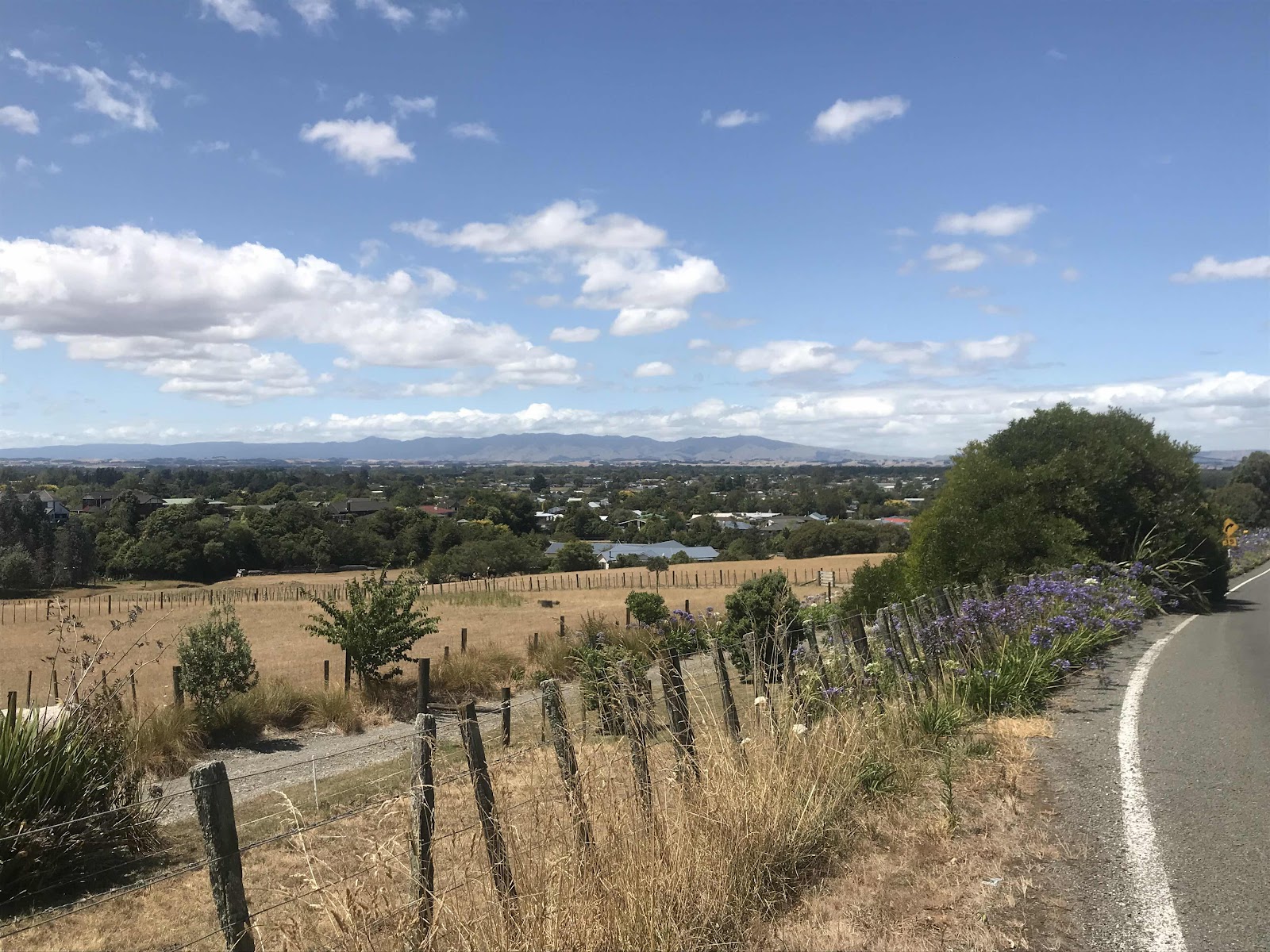 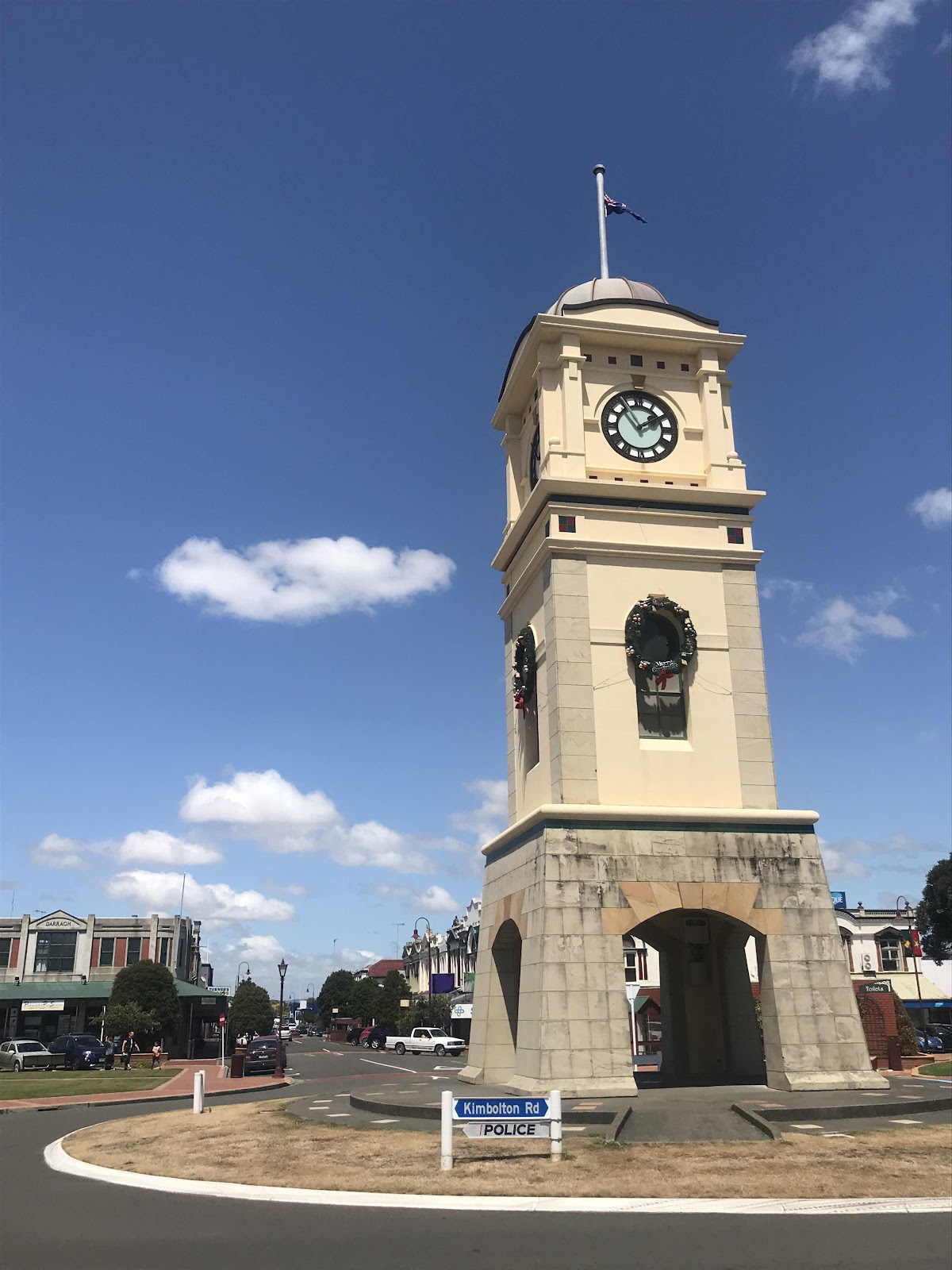 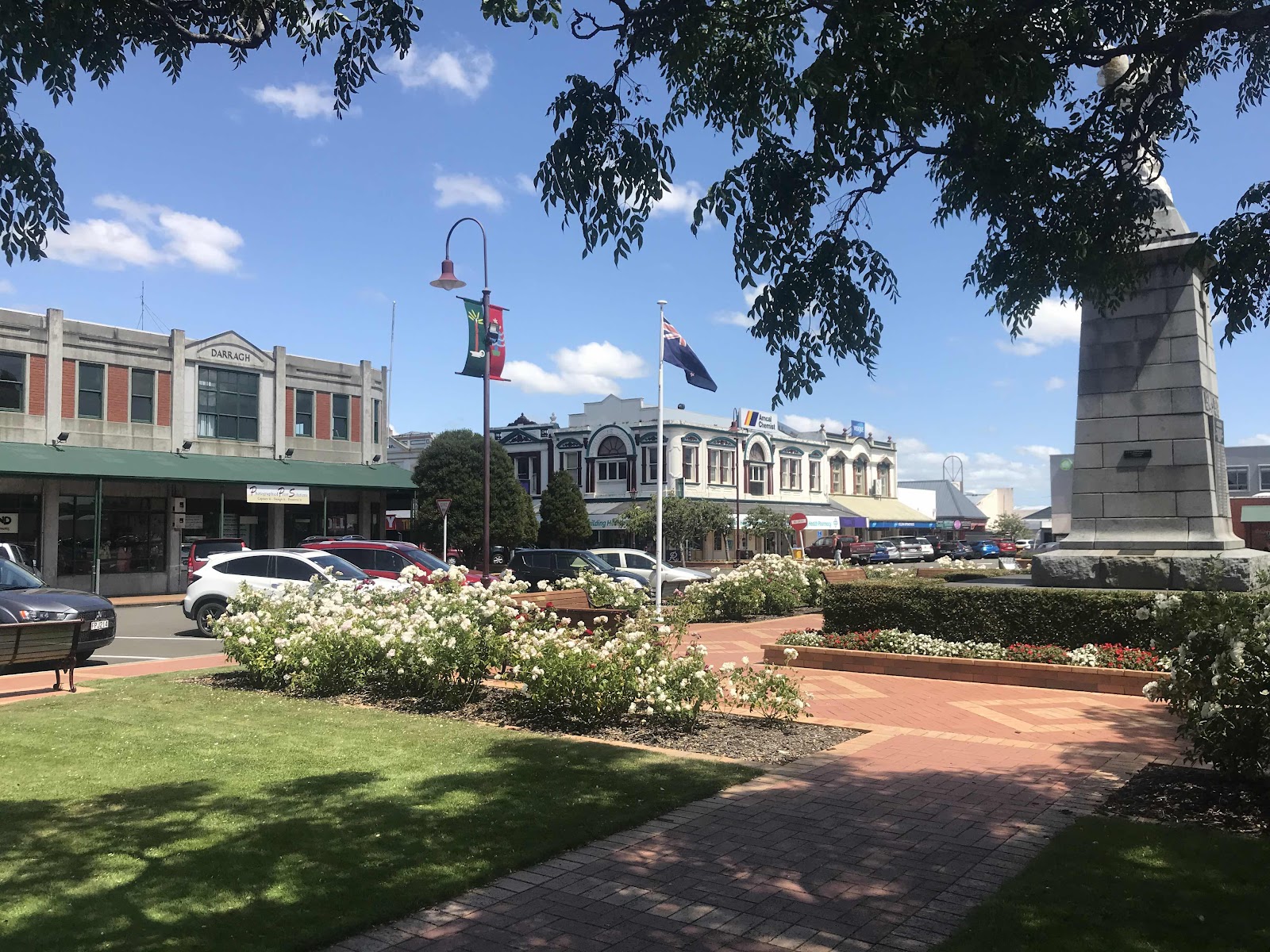 Apparantly Fielding is the nicest town in NZ 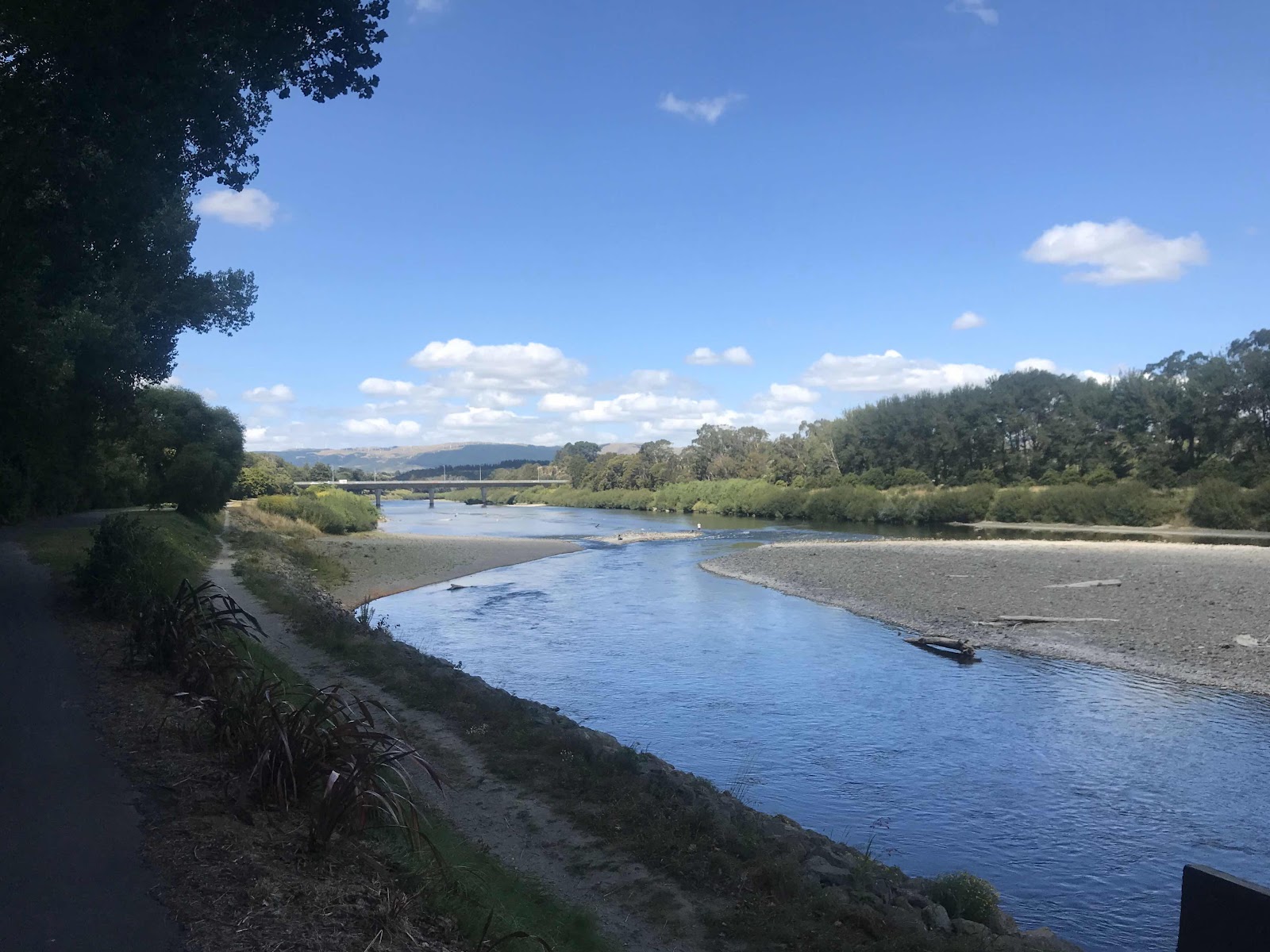 Ending the day at this river!