Day 1 on the Wanganui river! I had to be packed and ready this morning at six, meaning that I had to repack all my stuff and buy food and water for three days yesterday evening. I did, so as told I was ready to go at six!

We took the car to the campsite at Whakahoro, for a large bit following the gravel road that I would have ridden by bicycle if I would not have taken the canoe. It would haven taken me all day to finish the 64k. And it would have been a tough day with steep up hills and slow downhills on loose gravel. Taking the canoe feels more and more like the right choice 🙂

At whakahoro we met de other people from the group. They are all walking the Aotearoa, meaning that they’ve been on the road for the past two months and have walked some 1200km. And they still have a long way to go! I’m not envying them. Finishing something like that takes a whole other kind of stamina and determination then cycling.

So after making our acquaintances we unloaded the boats, sorted out all the gear and off we went! Some 70k of river without road access, cell coverage or civilization. And we don’t have a guide or anything, they just send us on our way. “Just let the water carry you”. Apparently they only do this with people of who they’re sure that they can take care of themselves, meaning hikers and bikers. So no swarms of tourists. Jeej!

Soon became clear that 70k in 3 days means 3 long days for anyone who’s not used to canoeing 🙂 Speed at the start was slow, but as you go you learn to read the river. Find the sweet spots and currents. I’m not only a lazy cyclist, i’m also a lazy paddler 🙂 Looking at the water and determining your way gives you something to occupy your mind though.

So it’s a bit weird joining a group of 4 who’ve known each other for a bit. They all started their walk individually but came across each other at the start of their tour and they’ve been walking large bits together since. They’ve been very kind in taken me along, and during diner conversations broke loose and it became clear that they’re an interesting bunch of people, A guy from NZ and a guy from the US and a girl from Belgium and a girl from France. And they all have their own reasons to be here….

So great first day. My arms got pretty tired towards the campsite though. Hopefully they’re not overly sore tomorrow… My strength is in my legs, not in my arms 🙂 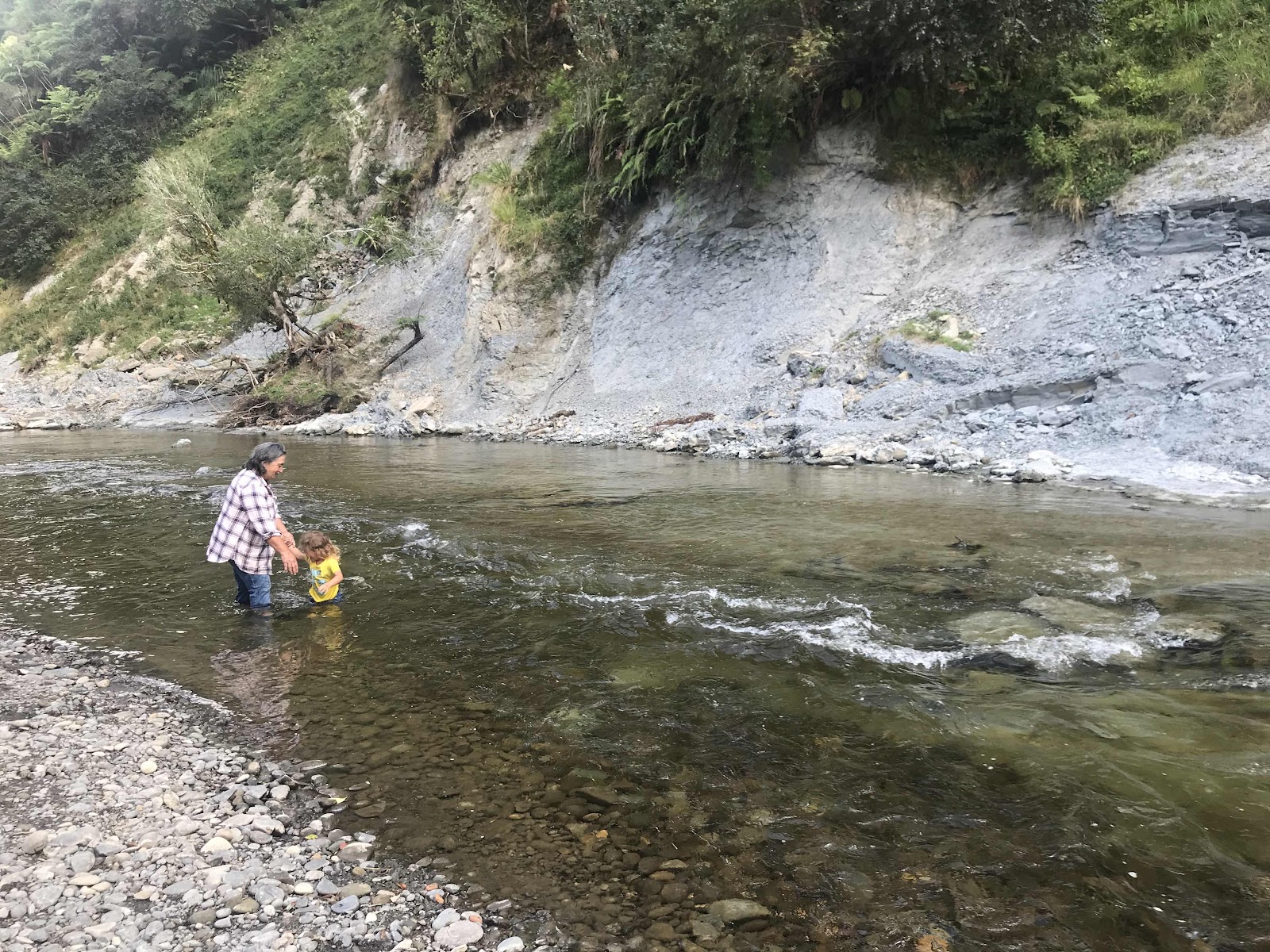 The river is only a relatively small stream where we started. The Whanganui is one of the longest rivers in NZ though… 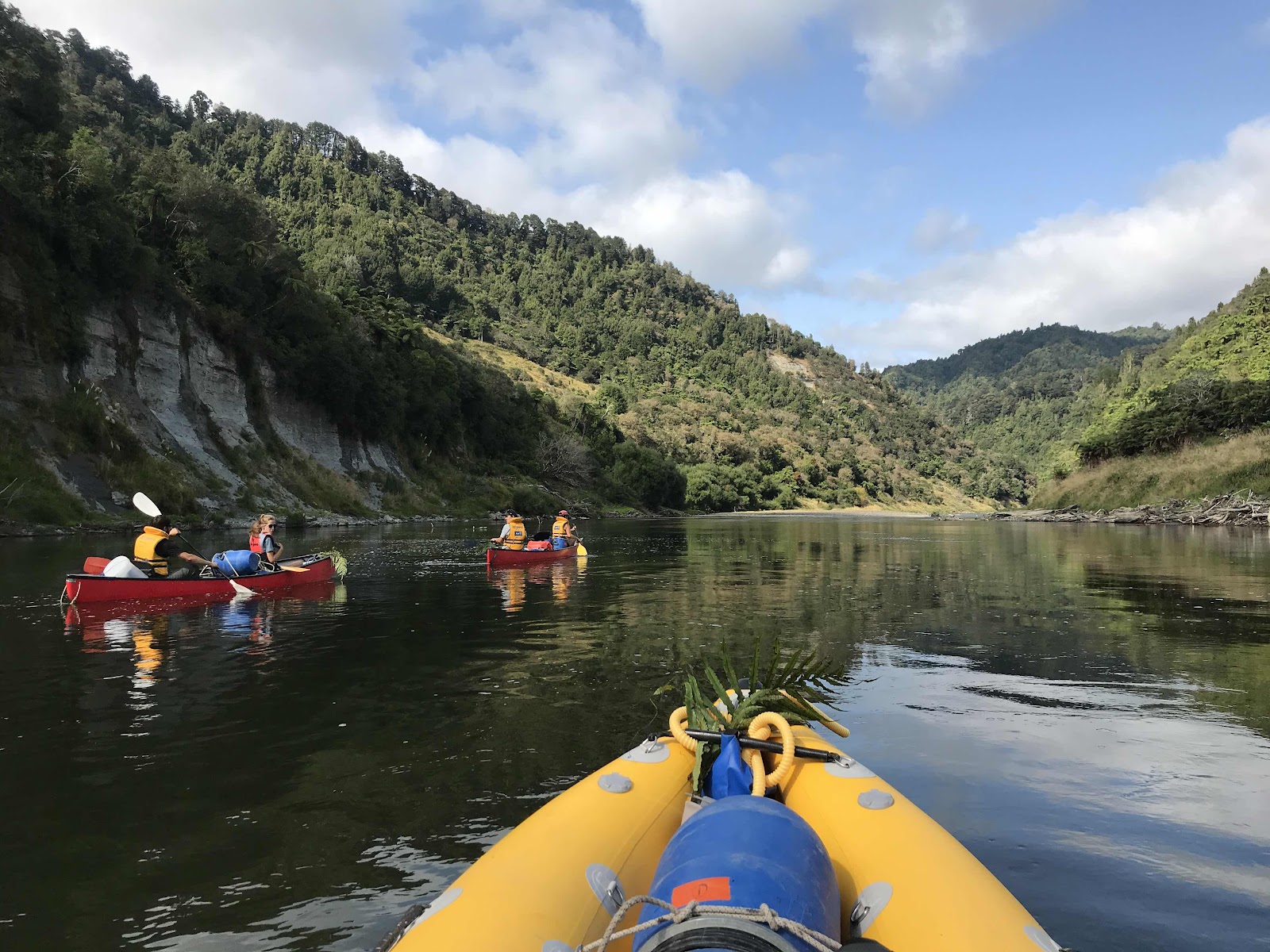 And off we are! Quite nice 🙂 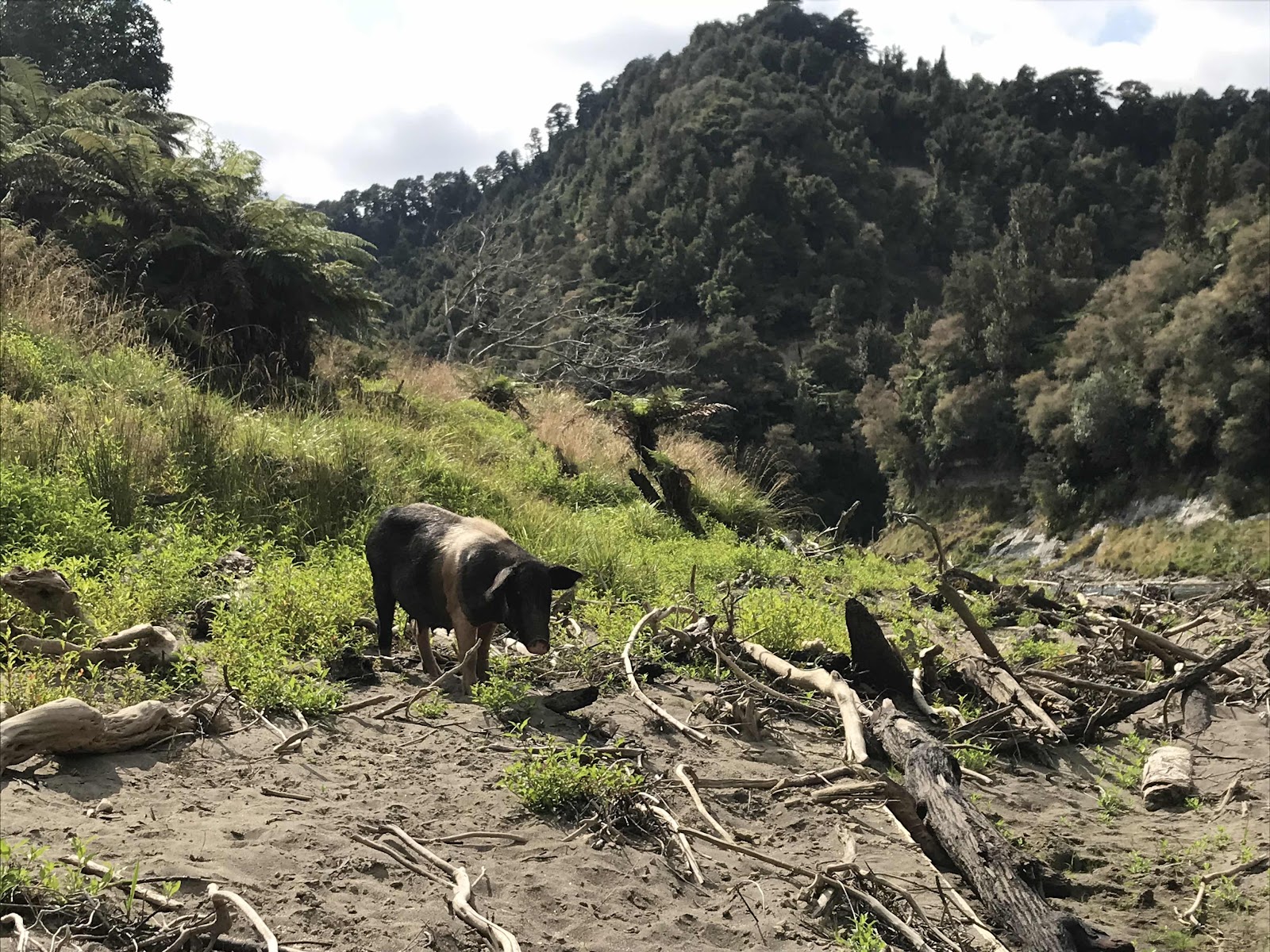 Meeting (not eating) ms Pig along the way… 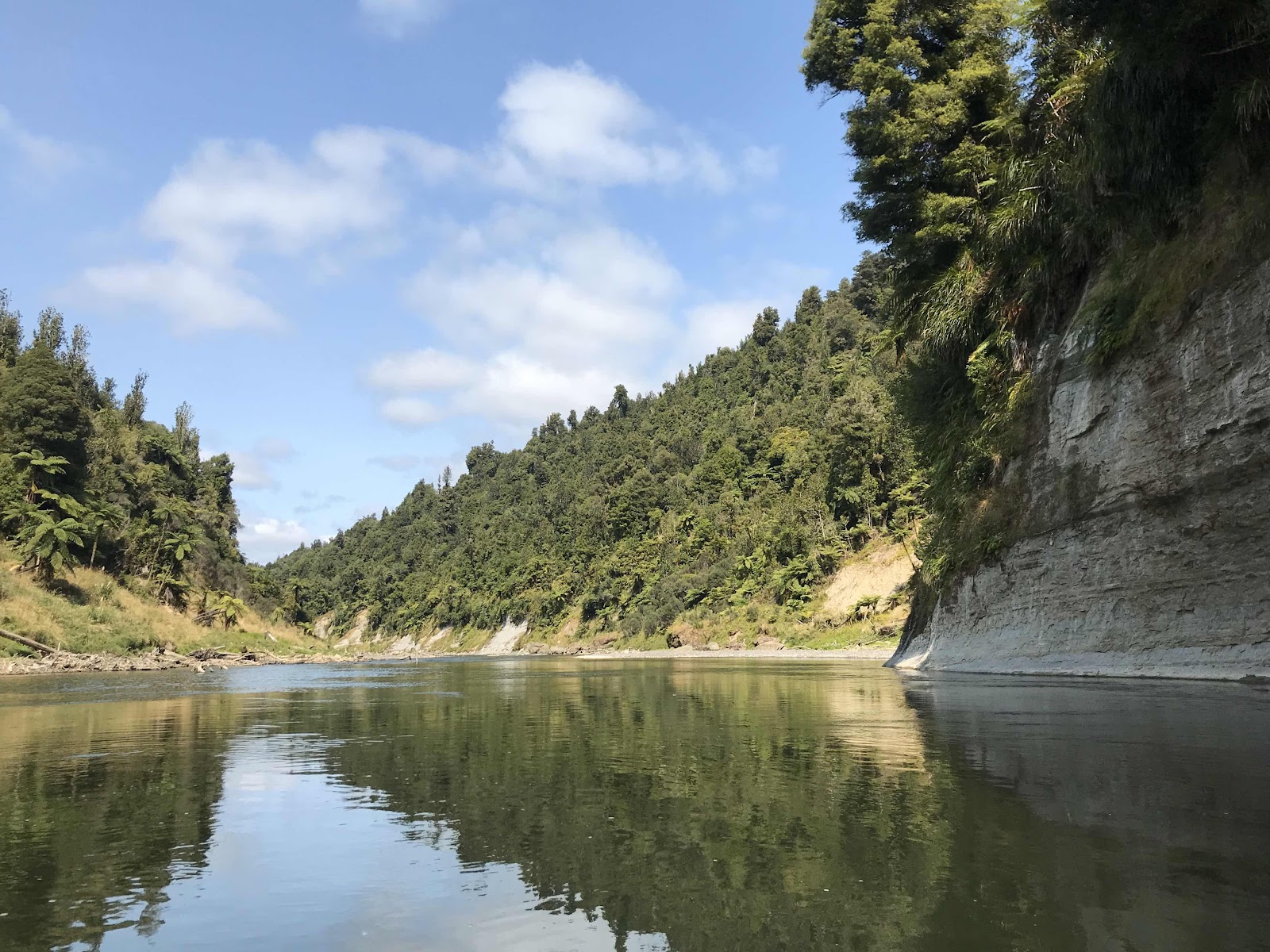 According to the NZ guy this is pretty nice, but it’s nothing compared to what’s going to come on the south Island 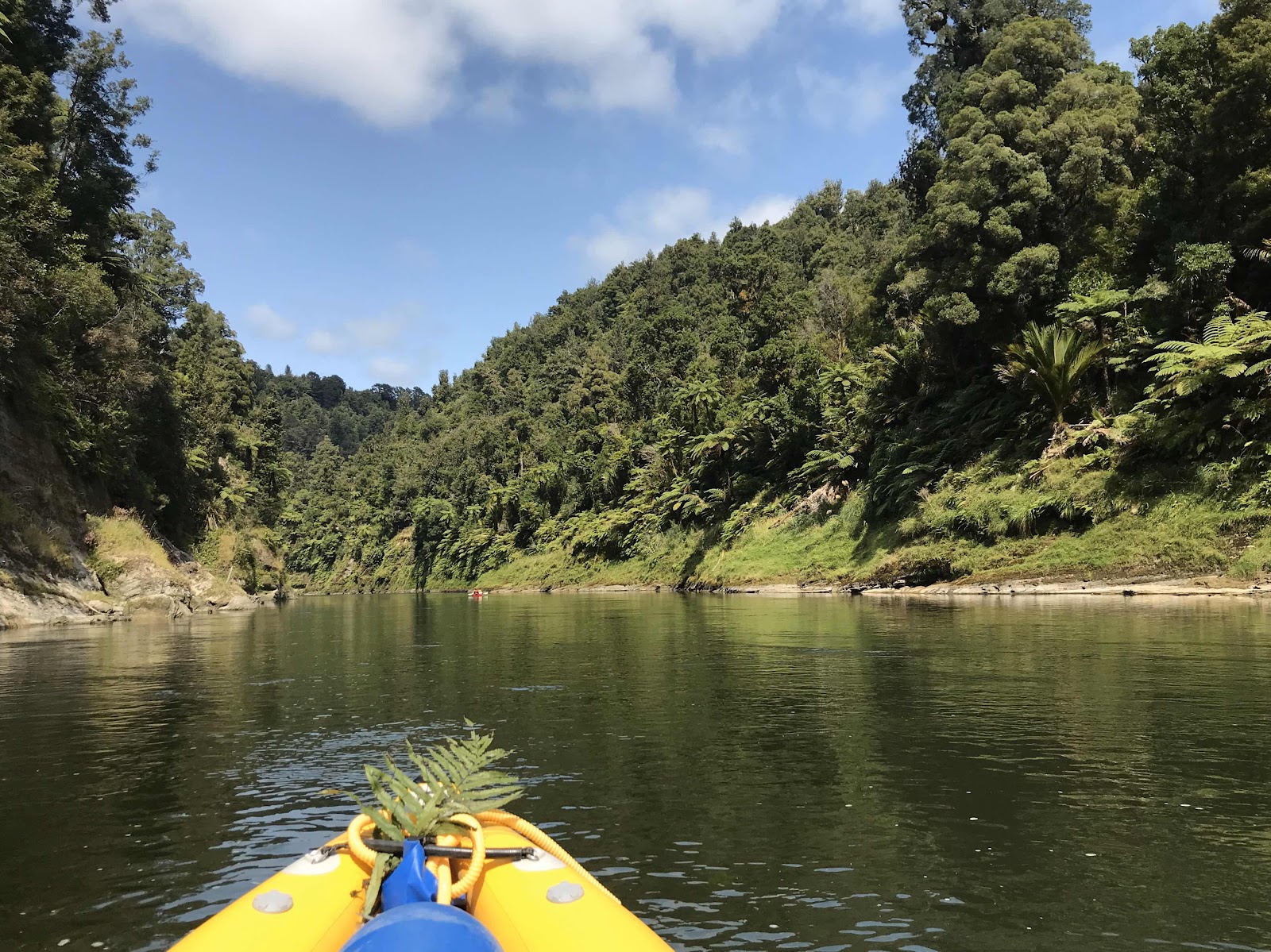 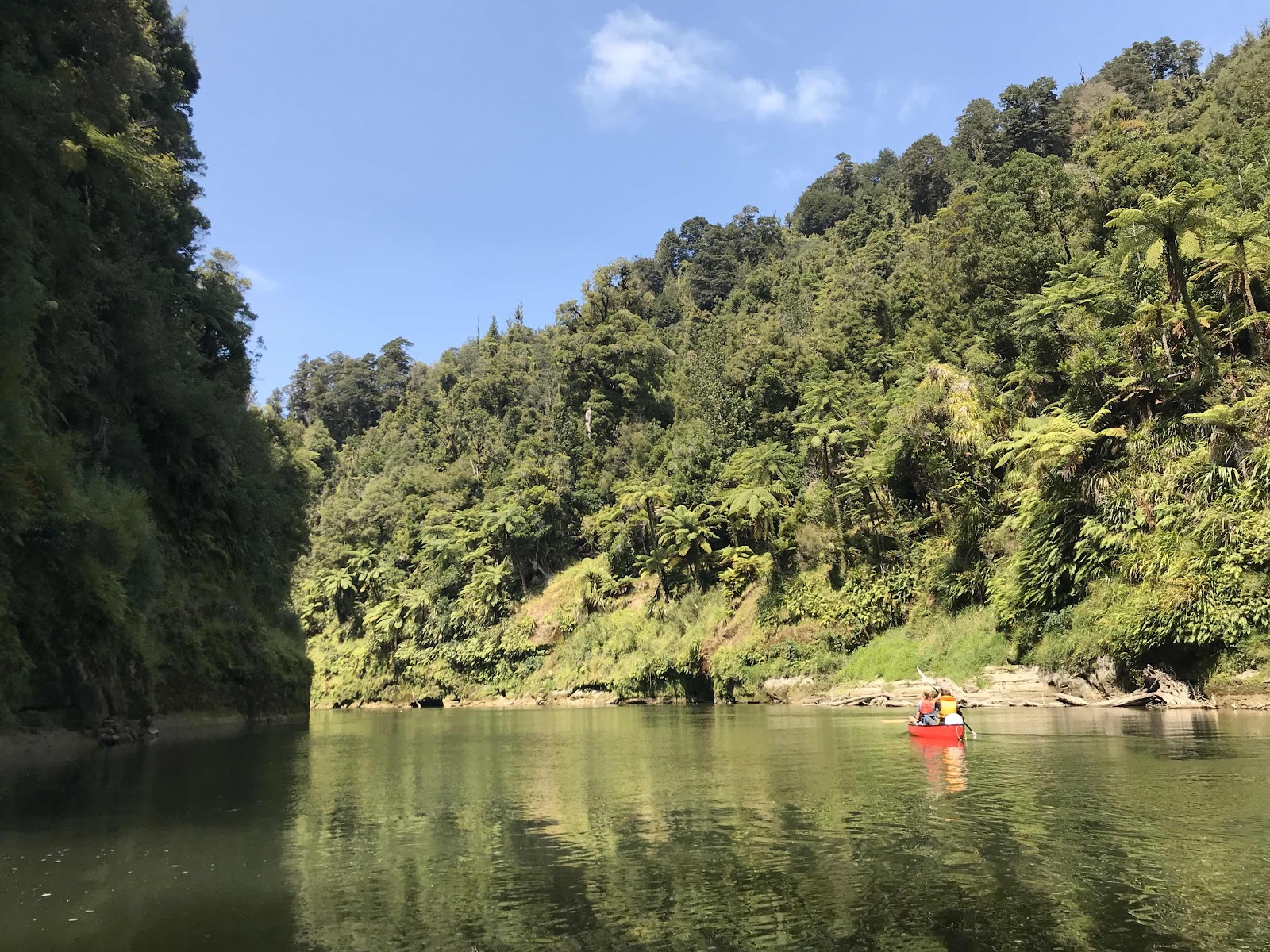 The legs were happy to be off the bike… 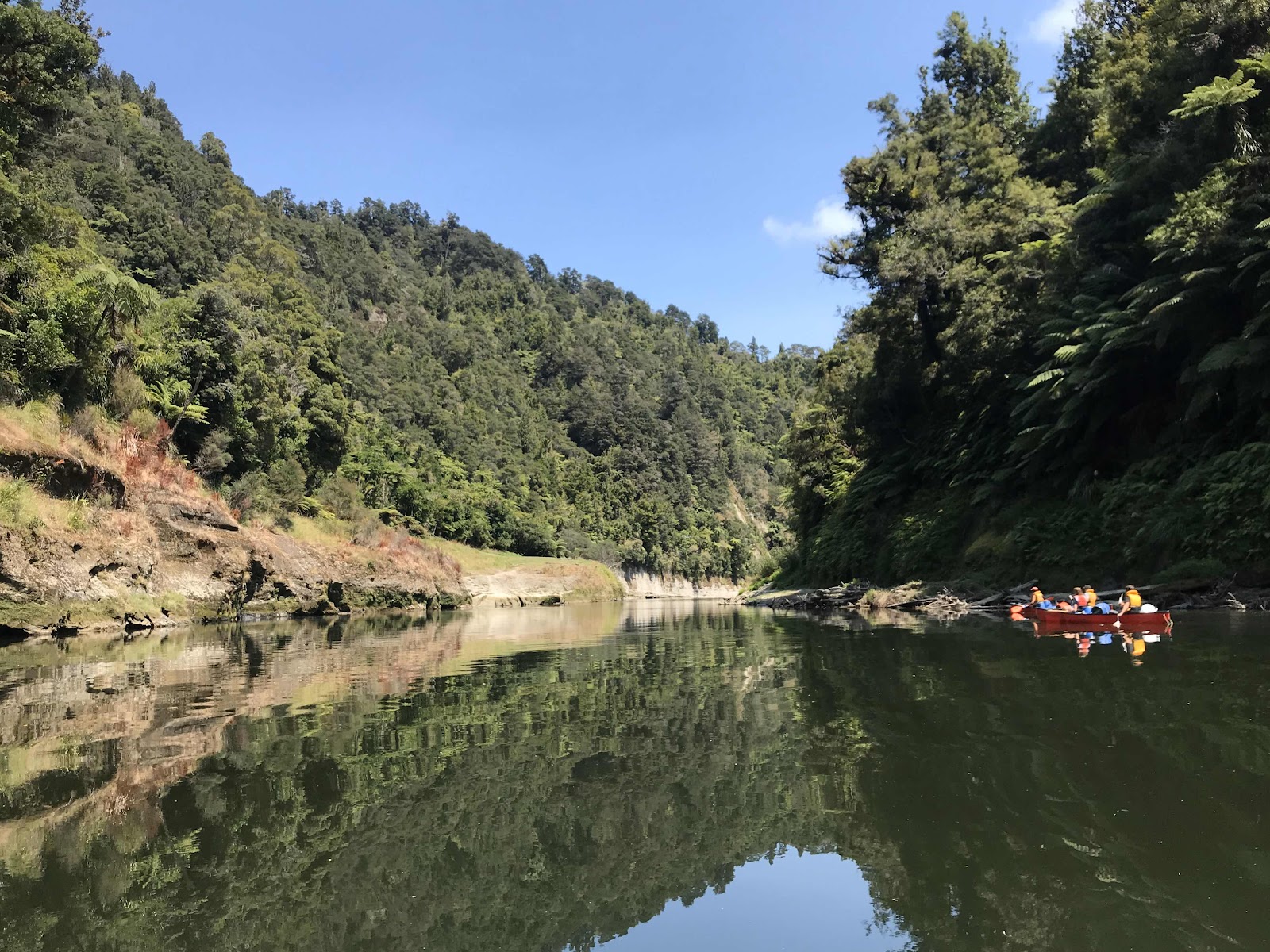 The arms were protesting a bit though…