So riding my bike down to the Cape of Good Hope was one of the things I really wanted to do during my stay in Cape Town. The other thing was hiking up Table Mountain, Cape Town’s most prominent landmark and some 1085 meters high. So climbing up there was my aim for today! However when I made it to breakfast the top of the mountain was covered in clouds. I had a nice easy breakfast with Loraine and Lisa and hoped that the clouds would disappear, but at 930 they still hadn’t, so I figured I would just go downtown instead.

So I went back to my room, fumbled around a bit and once I came downstairs again most clouds had disappeared 🙂 So I changed my plans back to my original plans and took an uber to the Botanical Garden, from which I would follow the Skeleton Gorge up towards the top of the mountain! Google said it would take me 5 to 6 hours to summit along this route so I was not sure what to expect.
I started out at an altitude of 160 meters above sea level and made my way up through the forest. First it was a gradual sloping path that slowly became steeper. The path then became stairs that slowly became steeper. And at some point those stairs became ladders. And then the path disappeared altogether and I had to climb up some crazy steep rocky river bed!
At some 700 meters altitude I shook off the forest and got some first nice views over Cape Town and the False Bay. From that point there was only a bit more climbing towards cleft peak at 833meters. And from there it was a relatively easy but beautifull hike up to Mac Lear’s beacon, with beautifull views over the Cape Peninsula and the Atlantic Ocean. The funny thing was that I could follow the route of yesterday’s bike ride quite well!
I made it to the highest point in about two hours! Not too bad 🙂 From Mac Lear’s Beacon it was another 30 minute hike to the fountain peak, the place where the cable car comes up and where there is a cafe. I had lunch there and then had to decide whether I would take the cable car down or whether I would hike down. I already knew that hiking down would be uncomfortable and that it would result in muscle aches the next few days. However it was still early and it was a nice new challenge, so I decided to go for it 🙂
I started making my way down through the Platteklip Gorge, facing downtown Cape Town and the Atlantic. I soon realized that hiking down had been a mistake. The Platteklip Gorge was supposed to be the easy way down, but it definetely was not… The path was made of crazy steep zigzagging stairs, made of big rocks with uneven and slippery surfaces.
I continued my way down, figuring that the path would get better further down. Another mistake, because it didn’t 🙂 So as easy as my hike up had been, as hard was my hike down. And to make matters even worse, my tummy started to rumble halfway down the track. Not the best place for belly issues…
In the end I made my way down, bearly able to walk downhill anymore! My upper legs and knees and ankles just hurted. Luckily I don’t have to ride my bike anymore 🙂
Once down I took an uber to the Waterfront and met with Loraine and Lisa for dinner, but my belly kept giving me an attitude and I felt increasingly sick. I think I must have eaten something wrong with lunch or something, so I skipped dinner and made my way back to my hotel room to sleep it off.
Great day, great views, just with a crappy ending 🙂 The climb up was definetly worth it. The descent was not 🙂 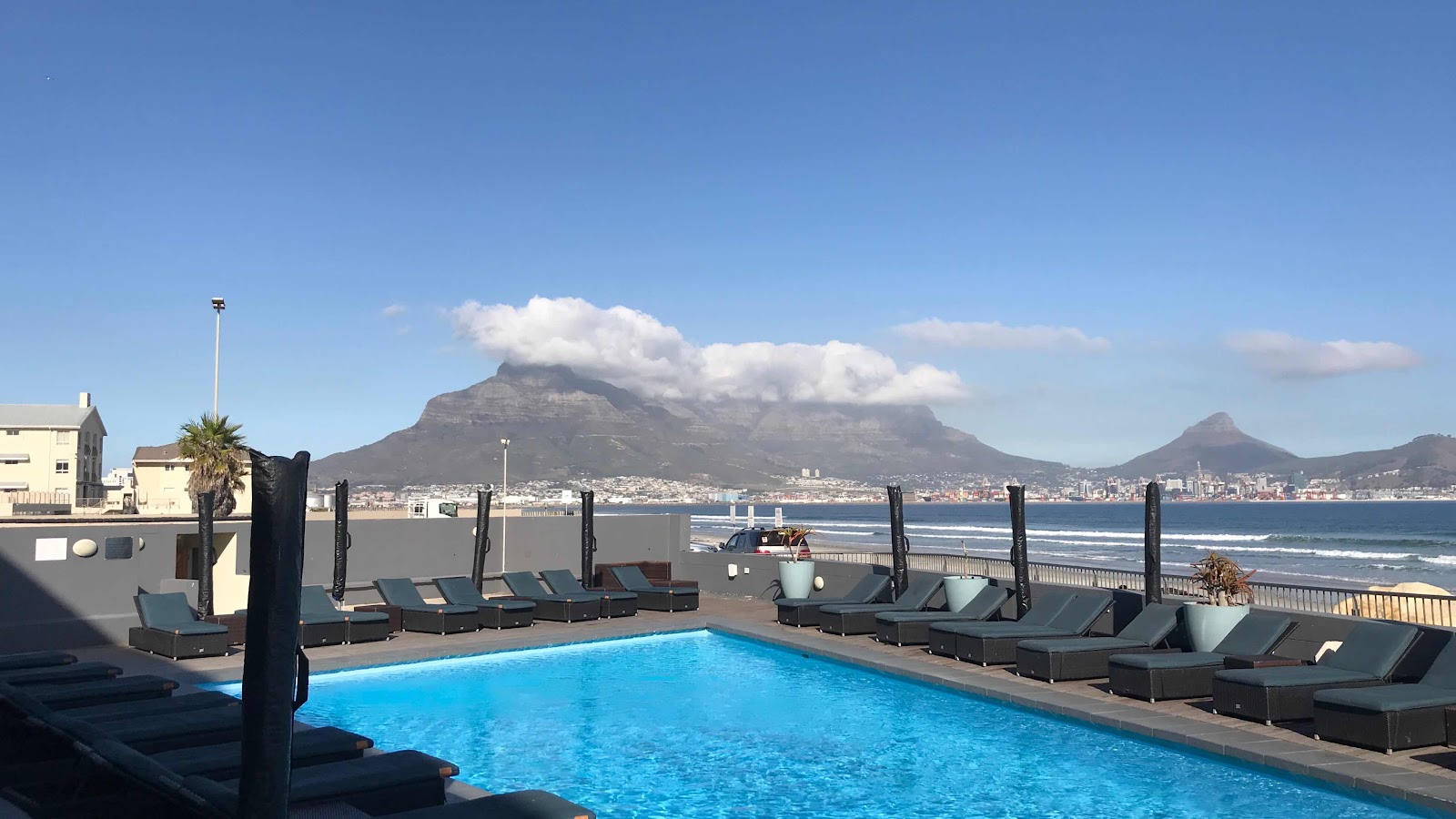 The top of the mountain in clouds. Earlier in the morning it had been even worse… 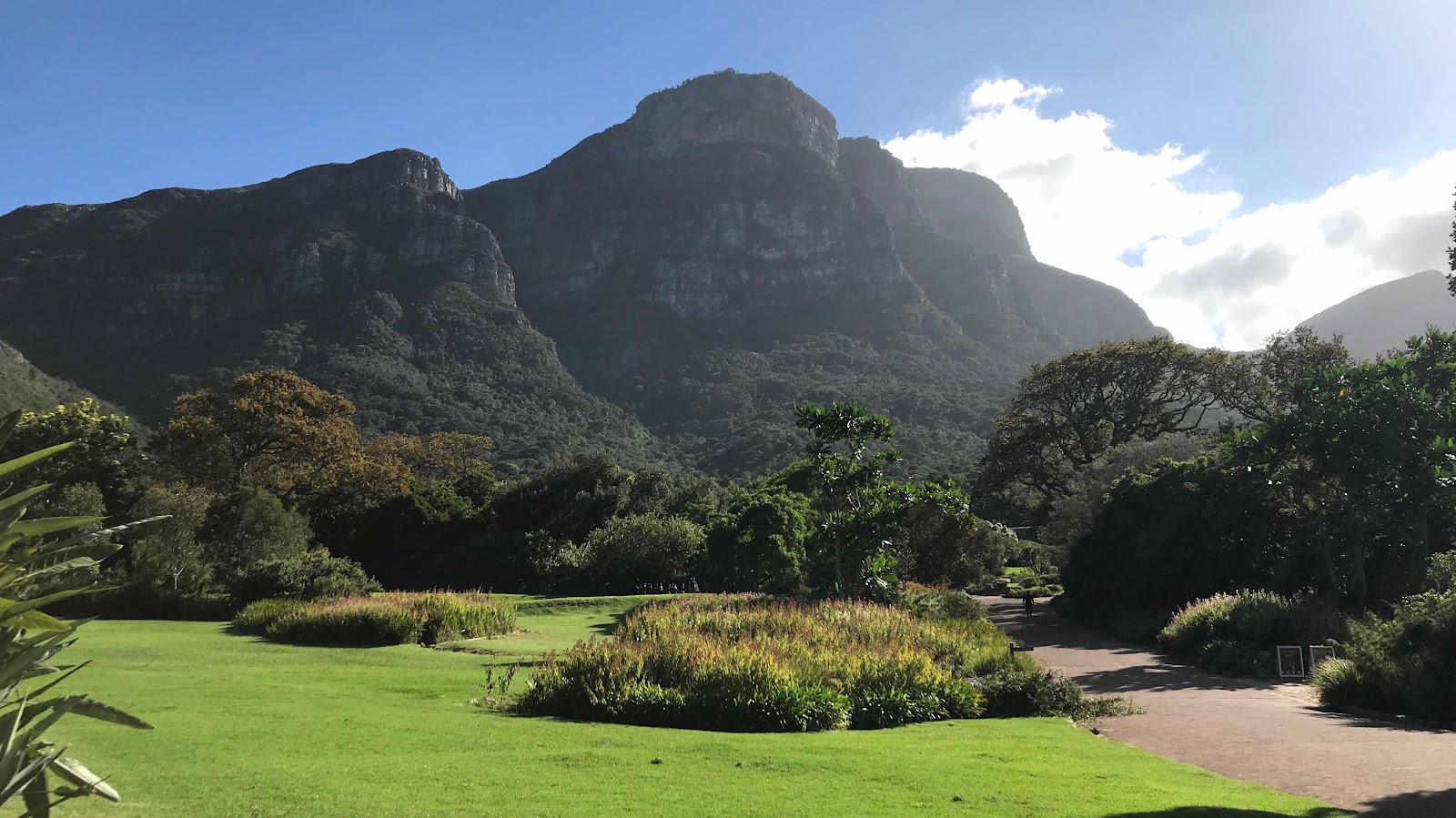 View on the mountain from the Botanical Garden! 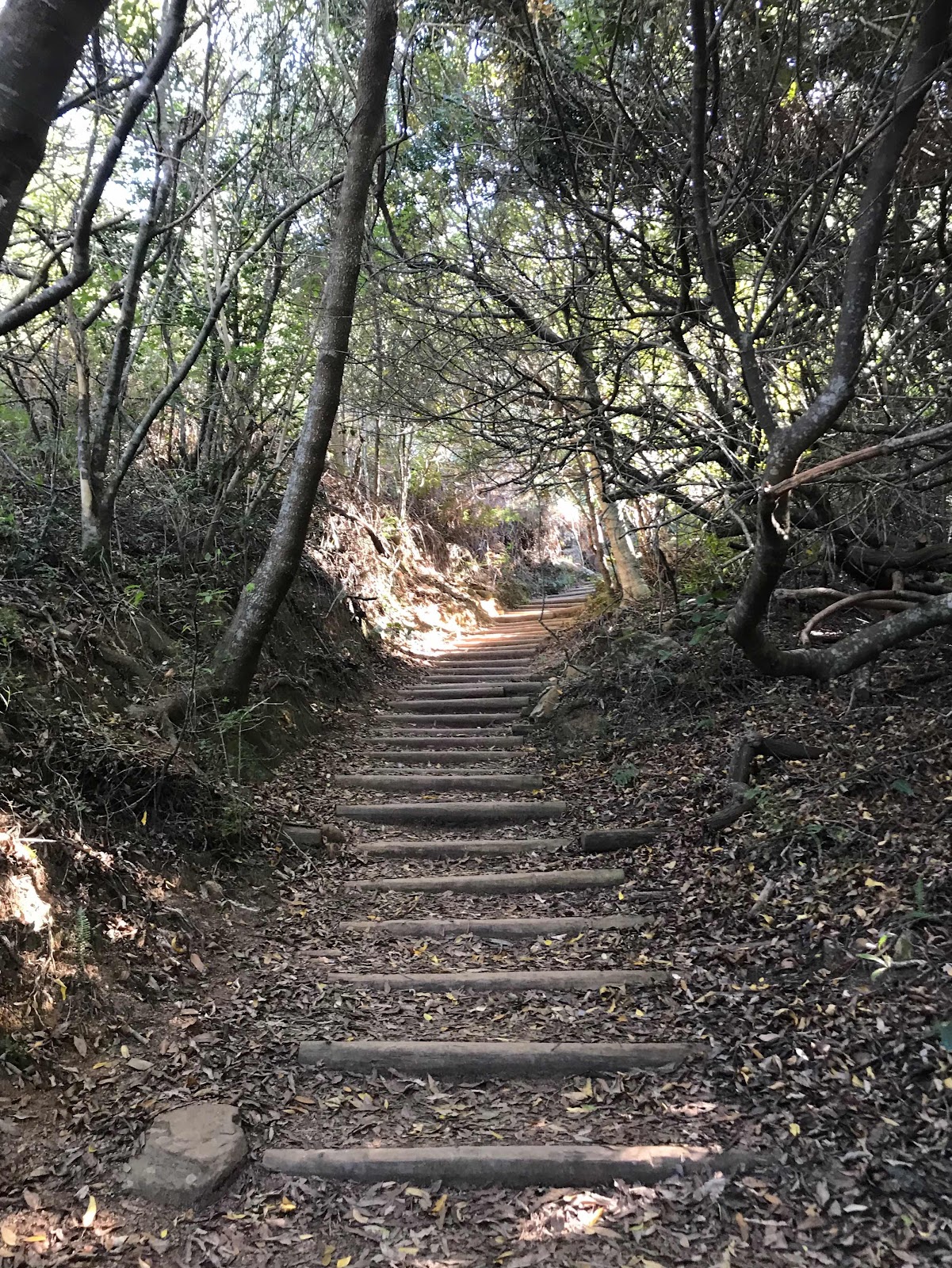 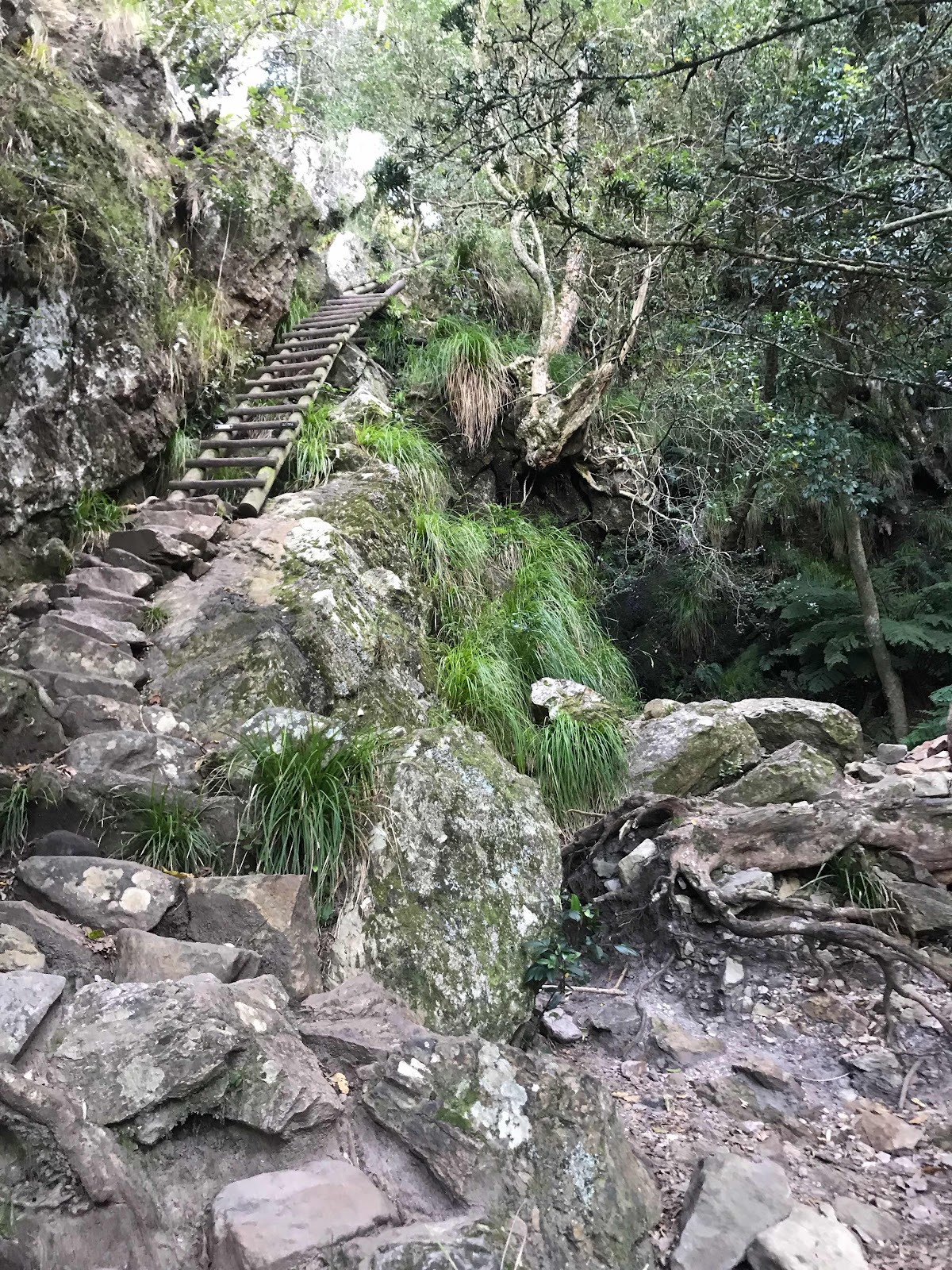 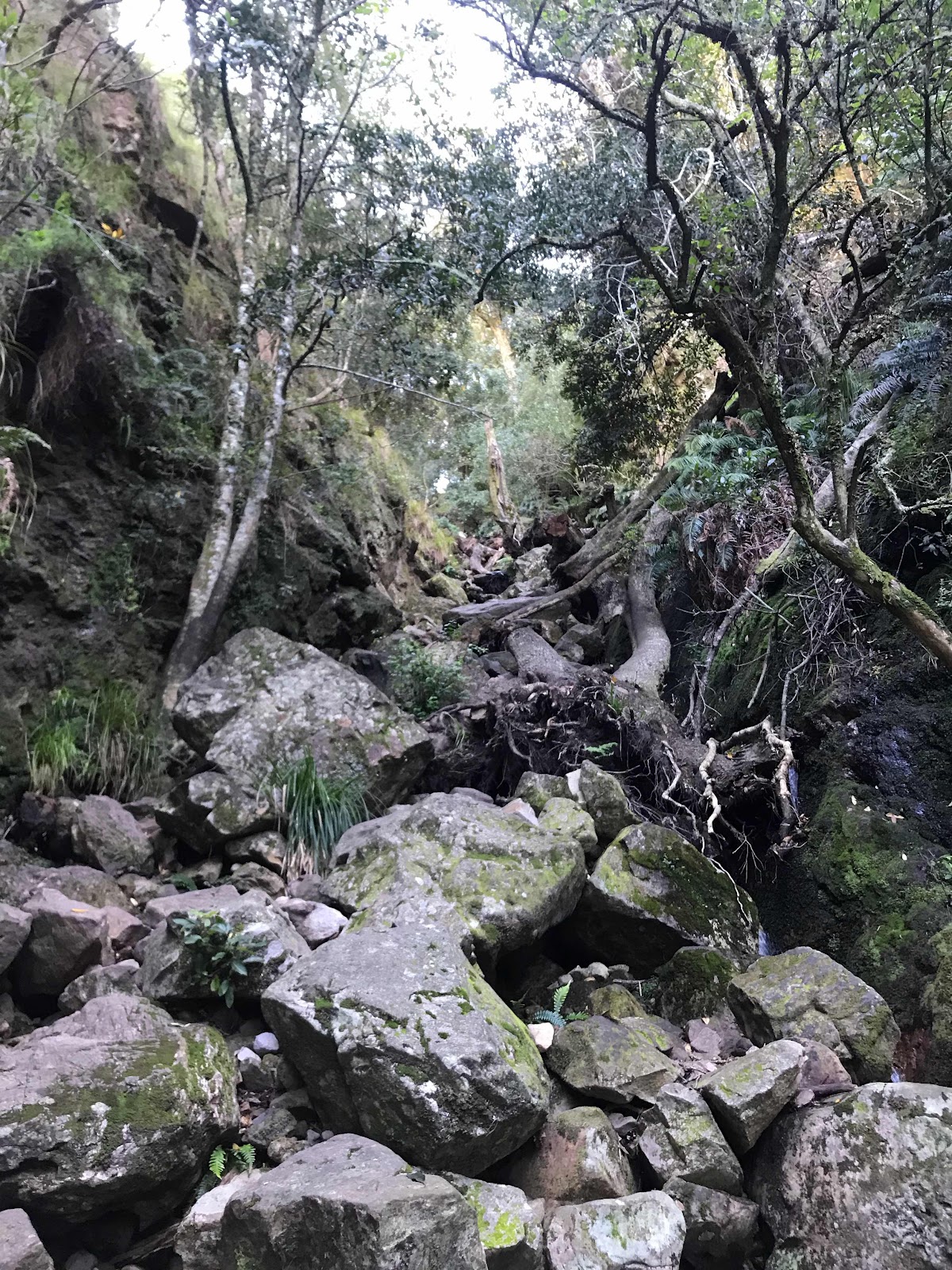 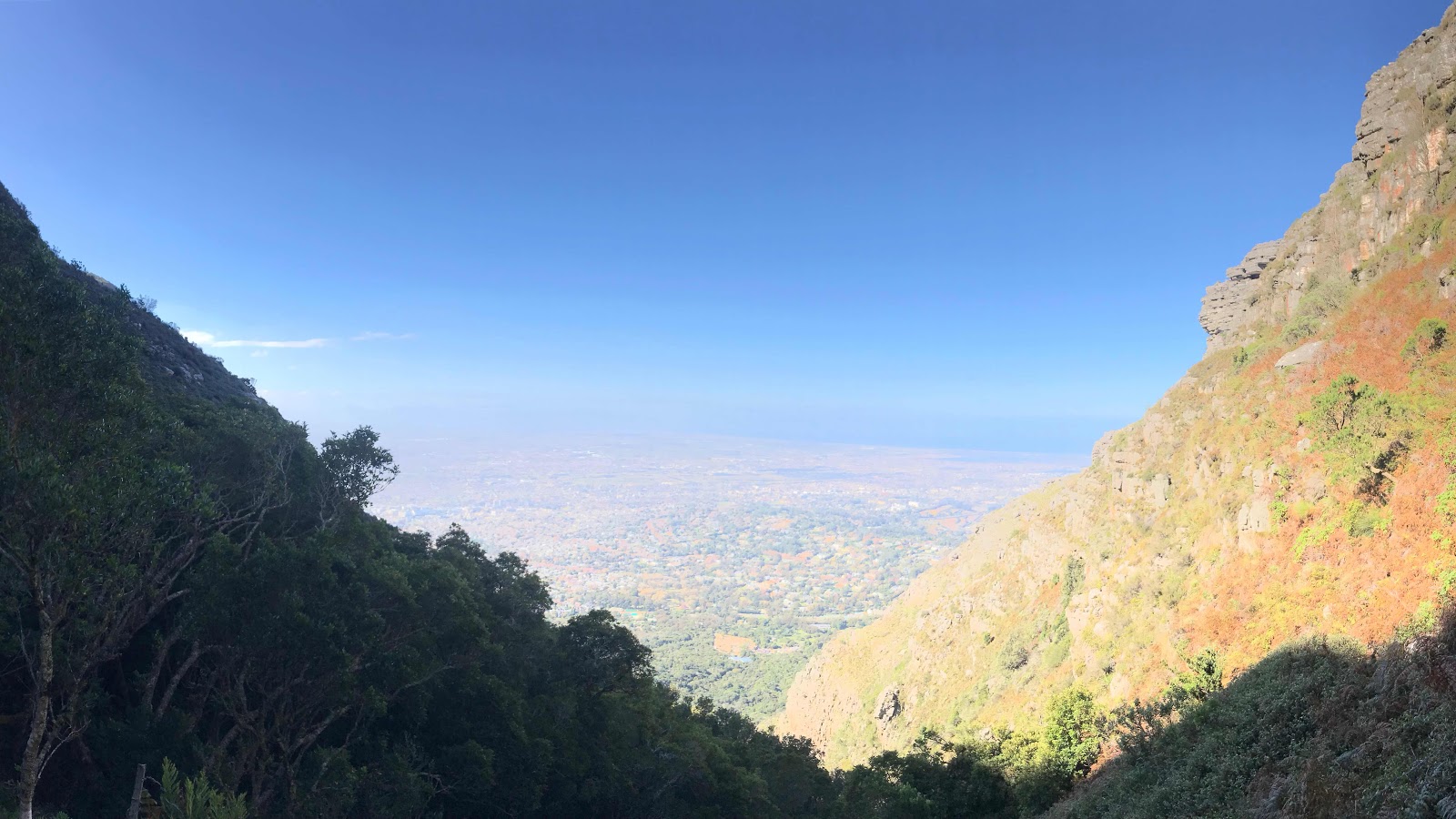 But first views were already quite amazing! 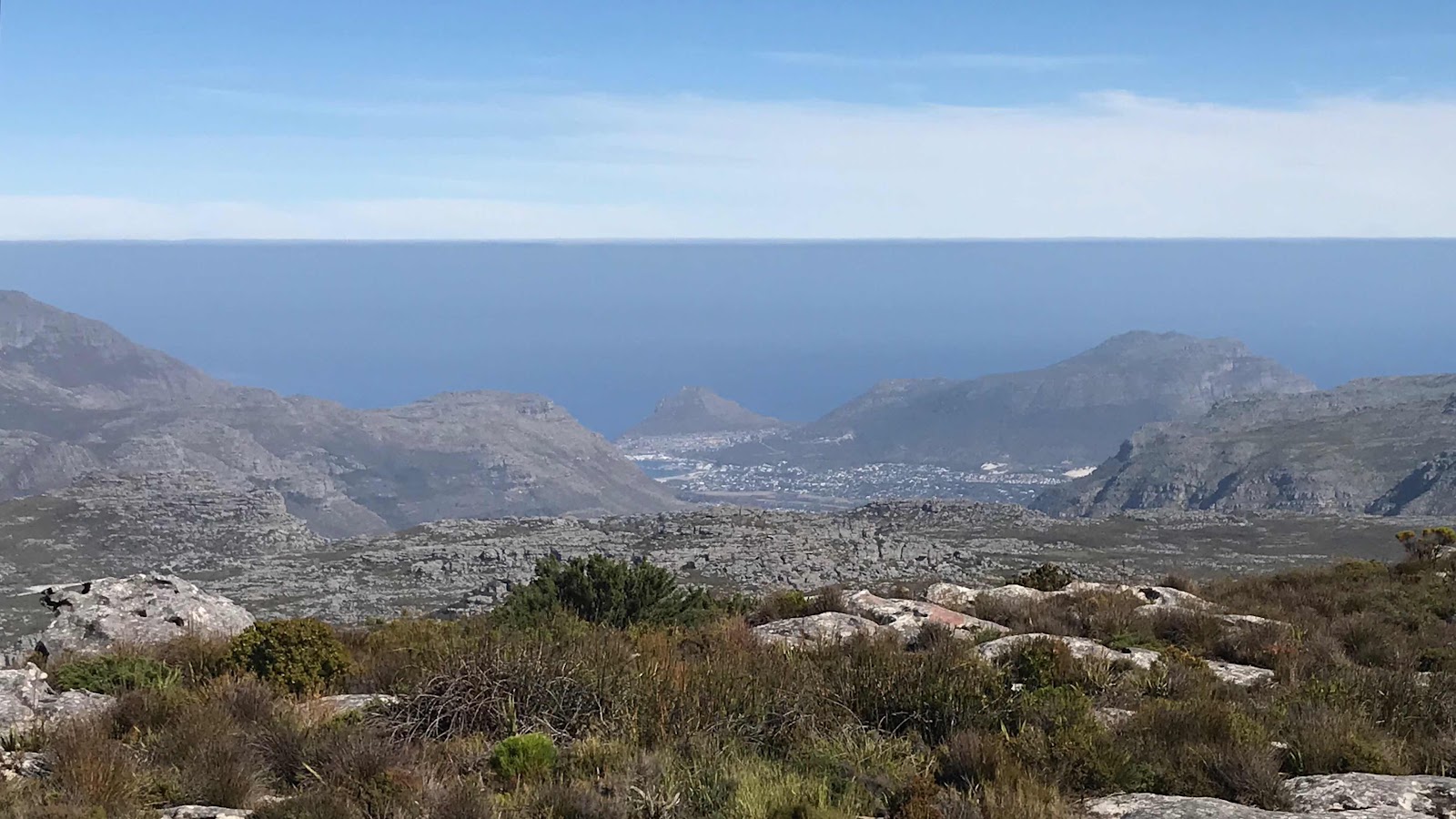 Looking down from Mac Lear’s beacon to Hout Bay. Pictures don’t do it justice 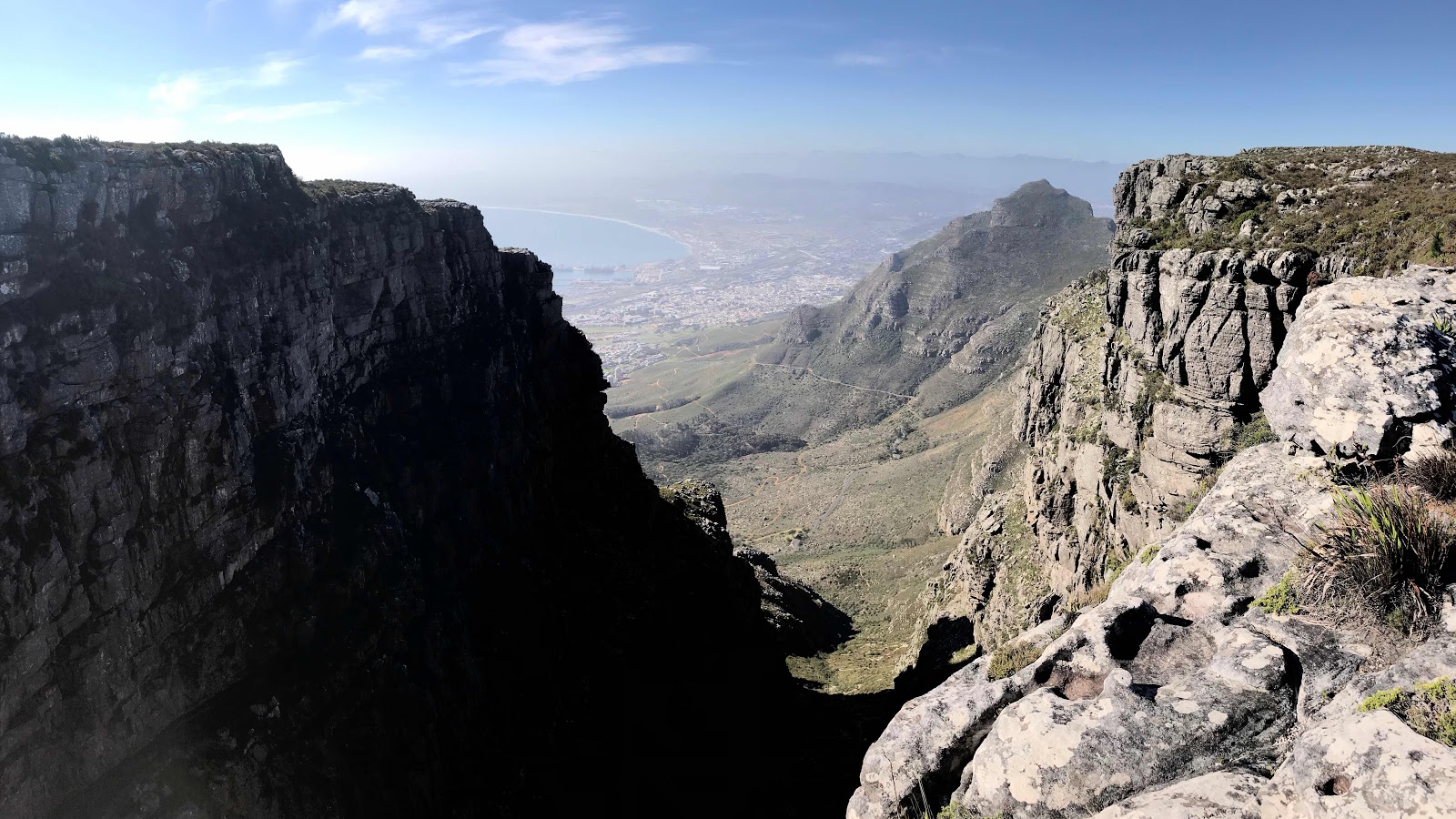 Looking down the Platteklip Gorge

Great view over the city and Robben Island! 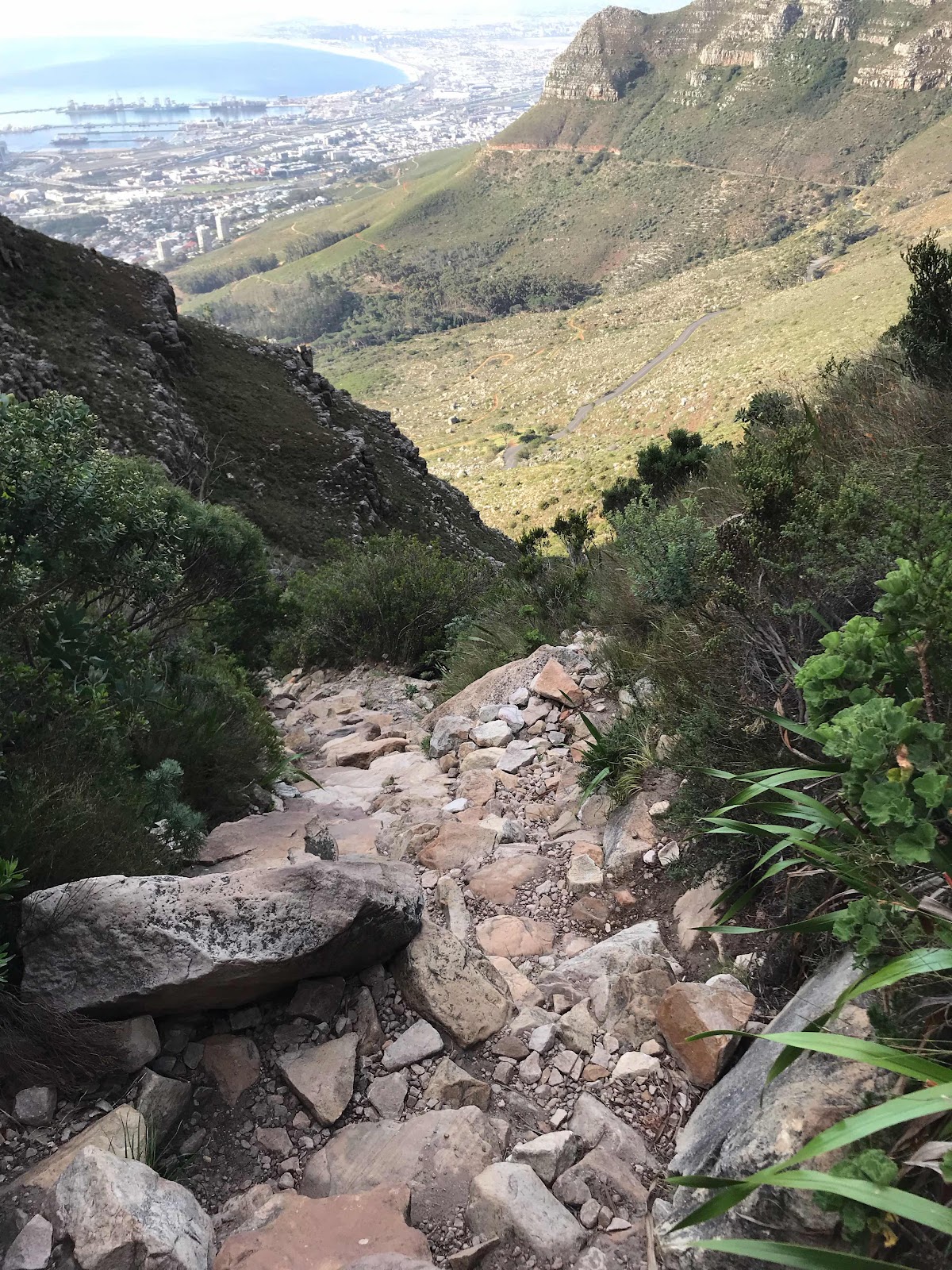 Walking down was a mistake though…