Tough but great day today! 124k on the dirt road, which just takes a lot of energy. Our roads are heavily corrugated and there is a lot of loose sand, making progress quite slow. I even had a little tumble off my bike. My front wheel got stuck in the sand amd I didn’t unclip fast enough and fell over. I scratched my knee a bit but no other damage 🙂 I guess it just had to happen at some point during the tour. As long as it doesn’t get any worse then this I’m okay with it :-).  Next to all this I didn’t sleep to well again last night. My nose just fills up with stuff, keeping me awake, which is not ideal after spending a long day in the saddle.

On the positive side, the ride was just amazing! We started with an amazing sunrise. Scenery has been great. This morning I had a orynx pass the road right in front of me, which was pretty impressive. Not much later I saw a steenbok running on the side of the road. We passed the Tropic of Capricorn. And after lunch there was a zebra on the side of the road. After that we went down the Spreetshoogte pass and entered the Namib desert. The Namib desert is the oldest desert in the world and the largest one on the southern hemisphere. The pass was spectacular and the desert is really beautifull.
We ended the day at a great camp at a little roadstop town called Solitaire. They had great food at the local lodge and we ended the day with a rainbow and a spectacular sunset 🙂 Last but not least I passed the 9000k mark today, which is about the same distance as all my previous trips combined 🙂 So a tough, but a great day, very much worth all the effort! I’m still gratefull to be here! 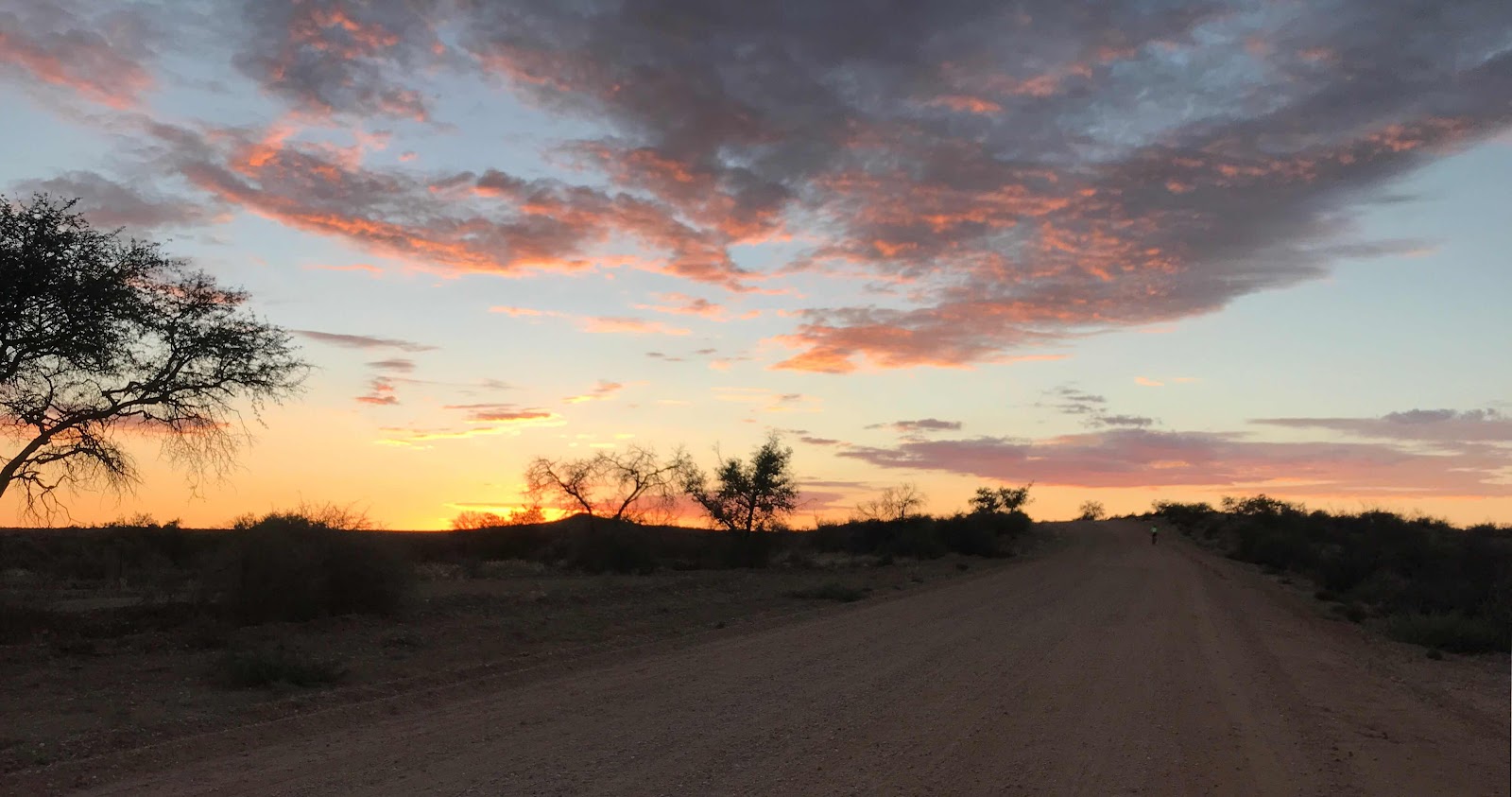 Starting the day with a great sunrise! 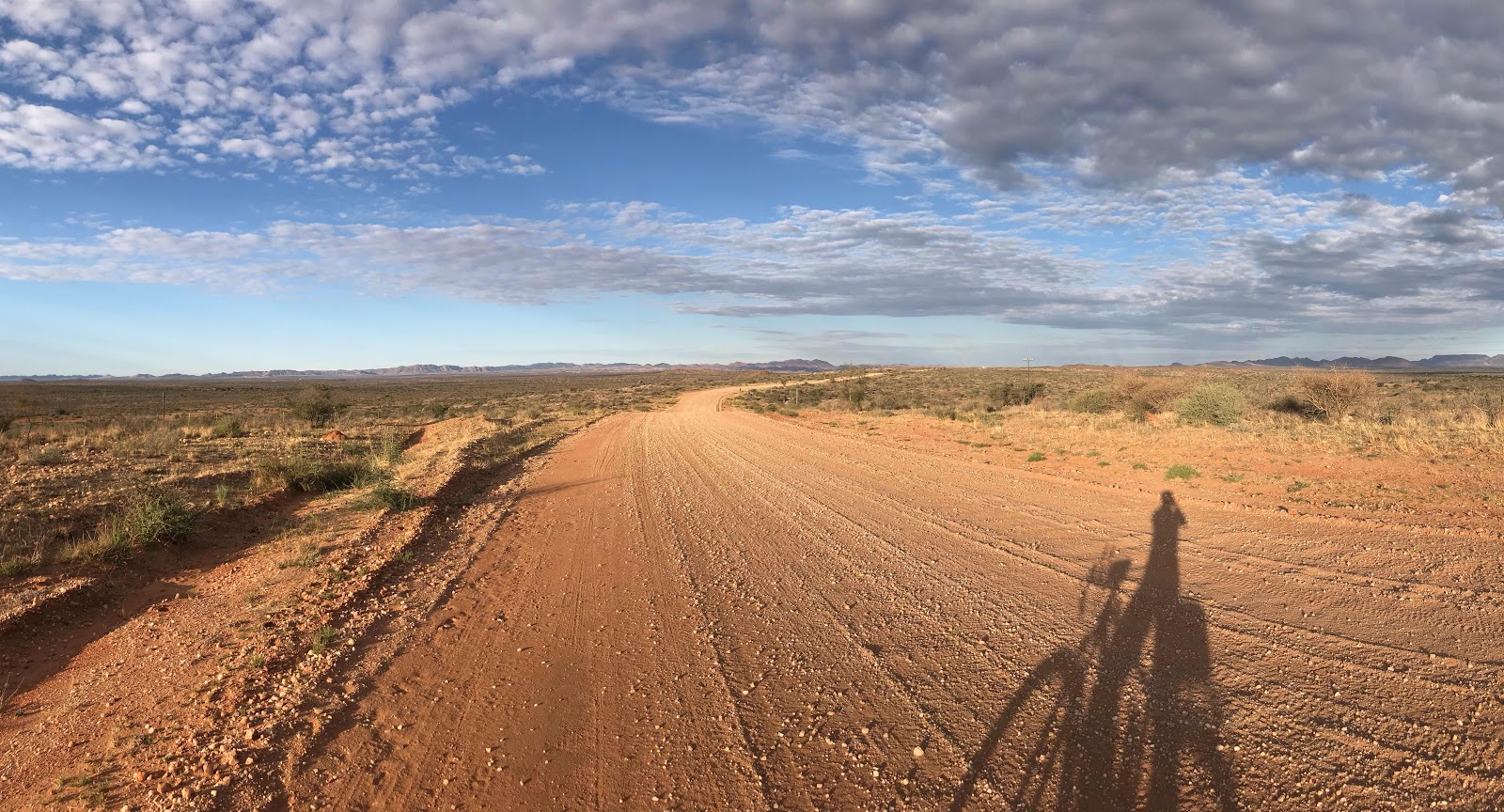 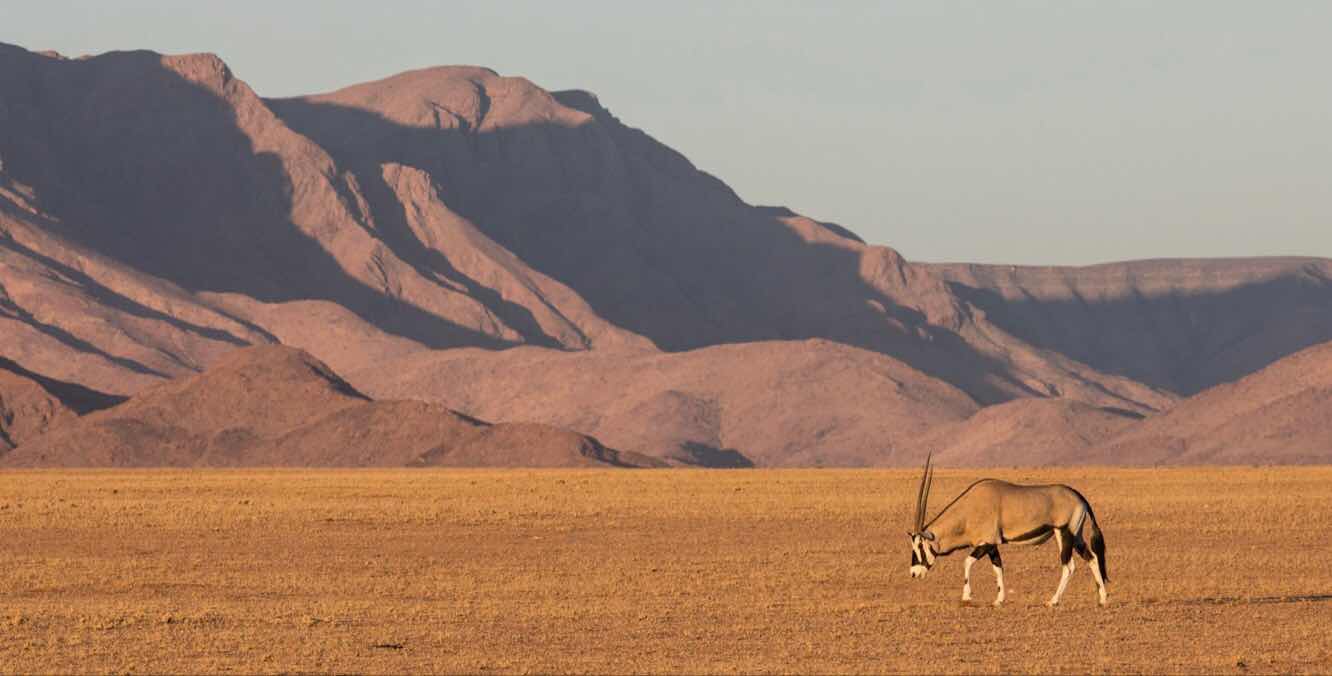 Oryx in Namibia, not my picture though… it was to fast for that… 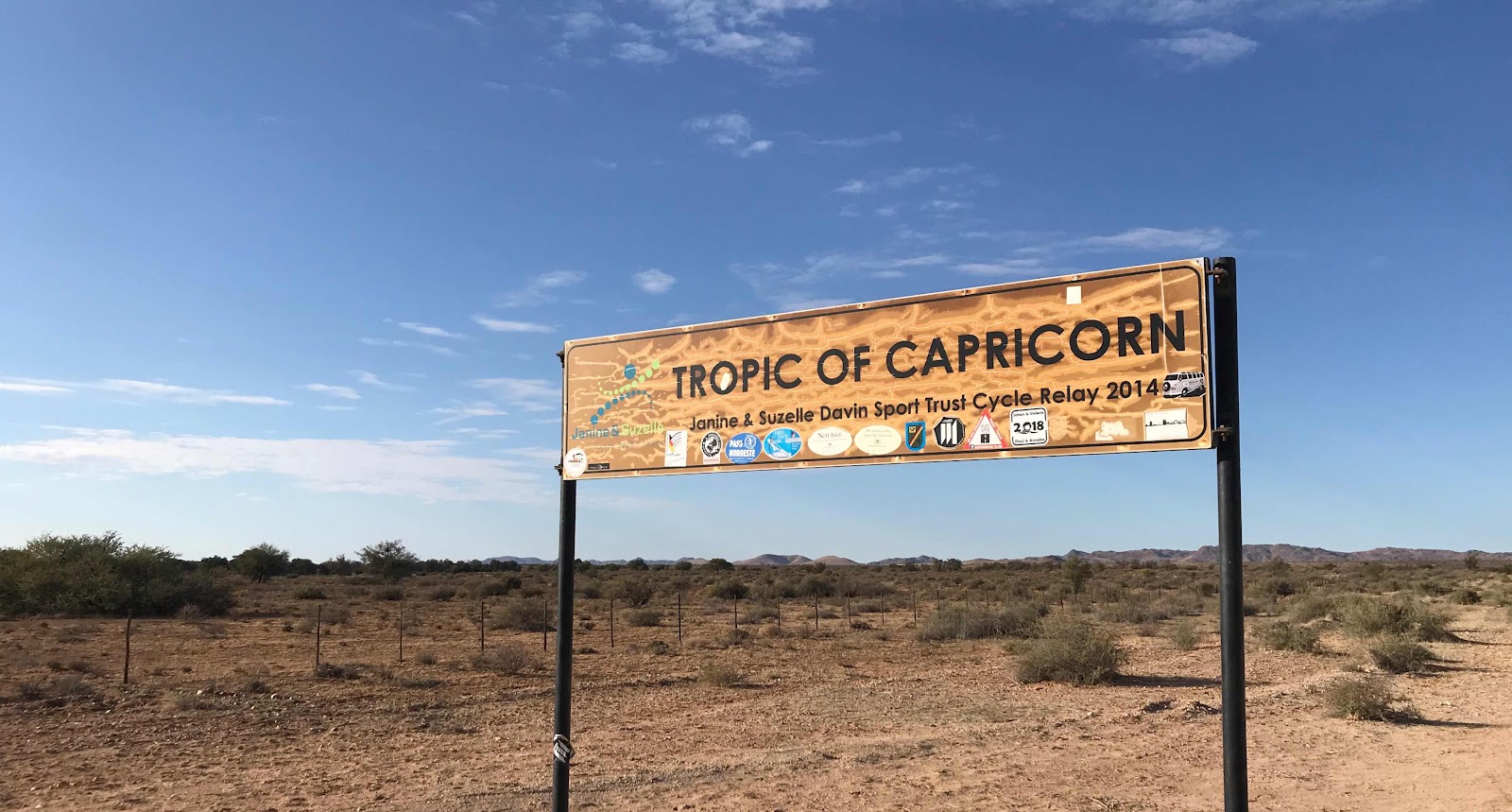 Passing the Tropic of Capricorn 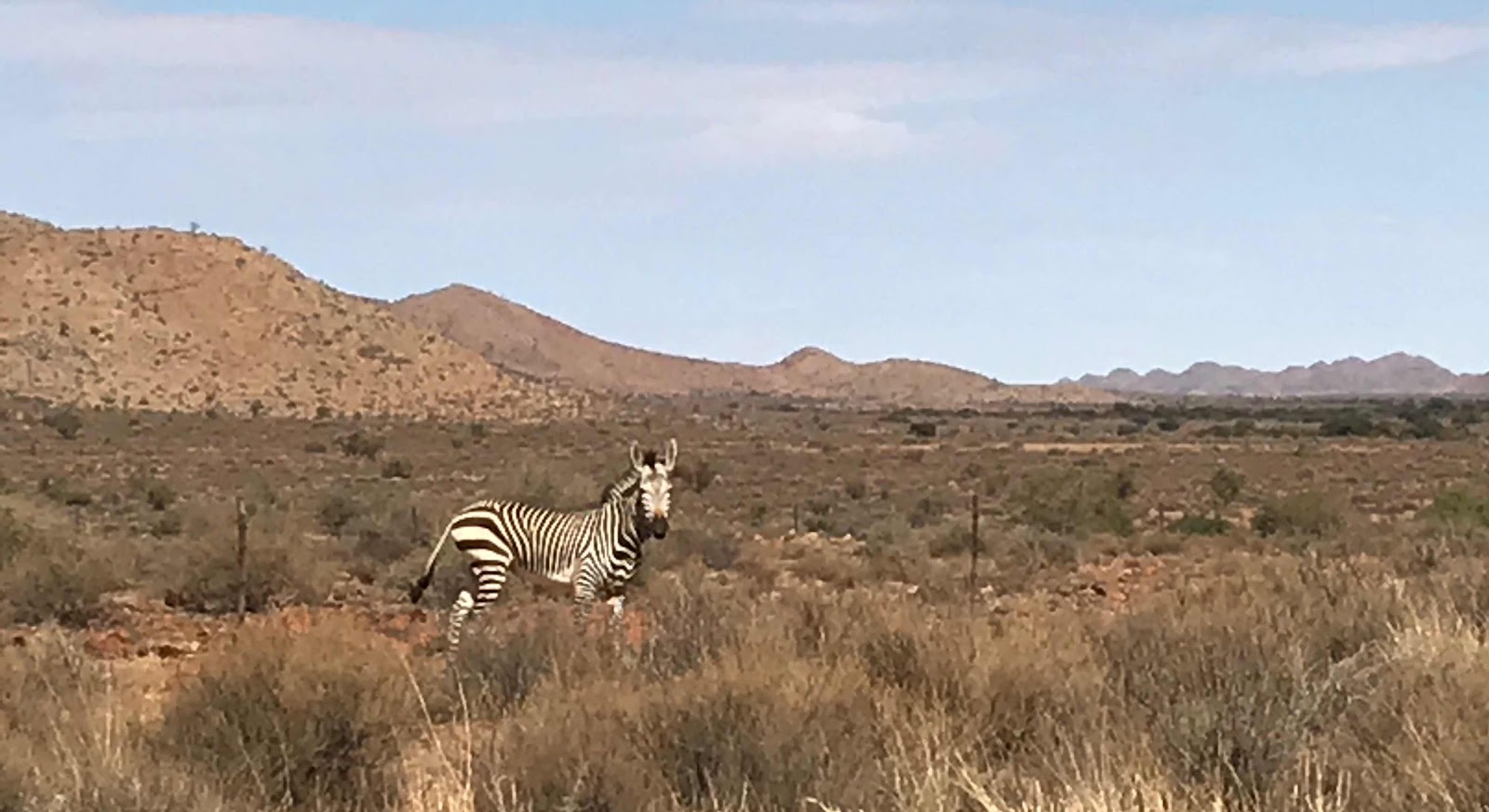 Zebra on the side of the road! 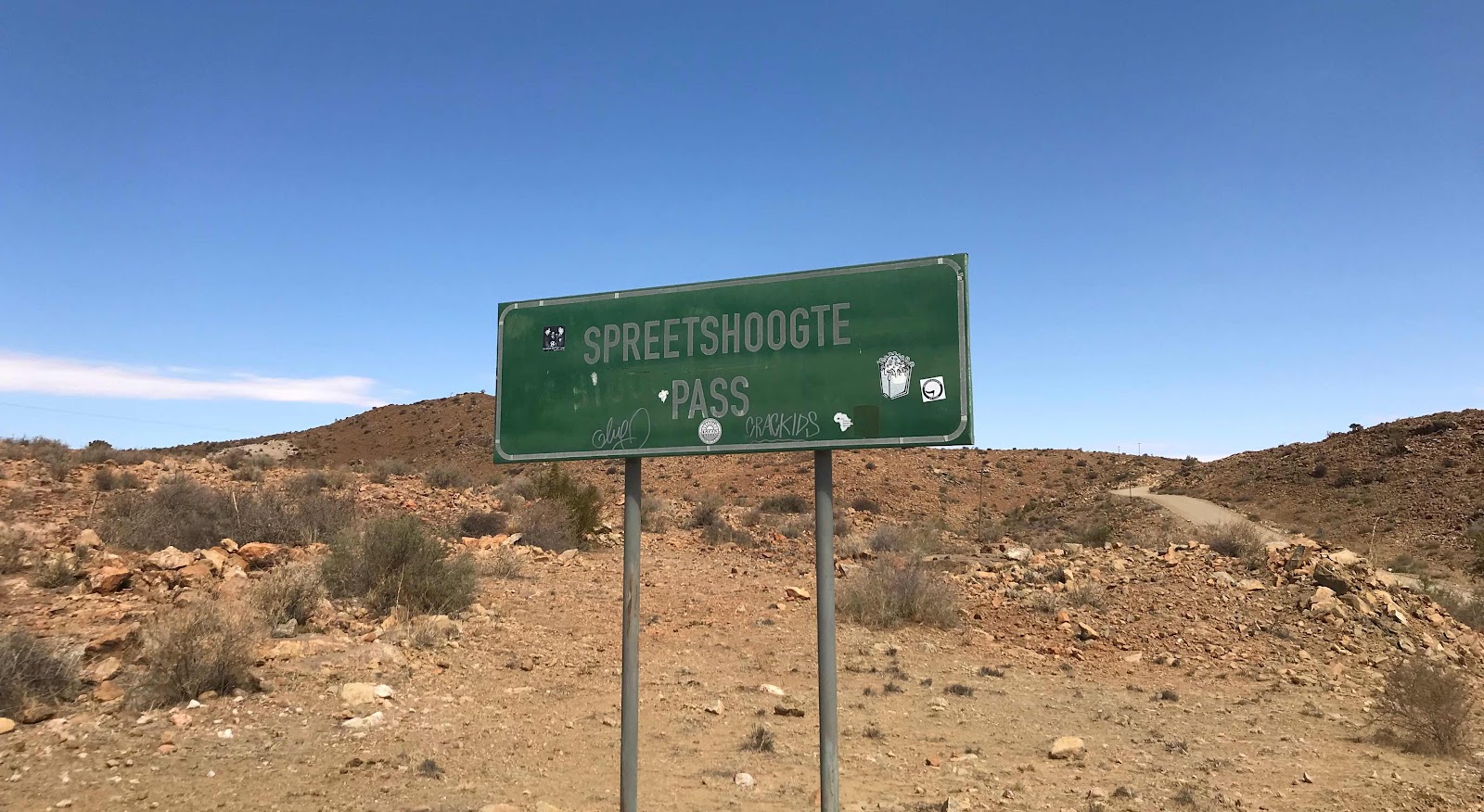 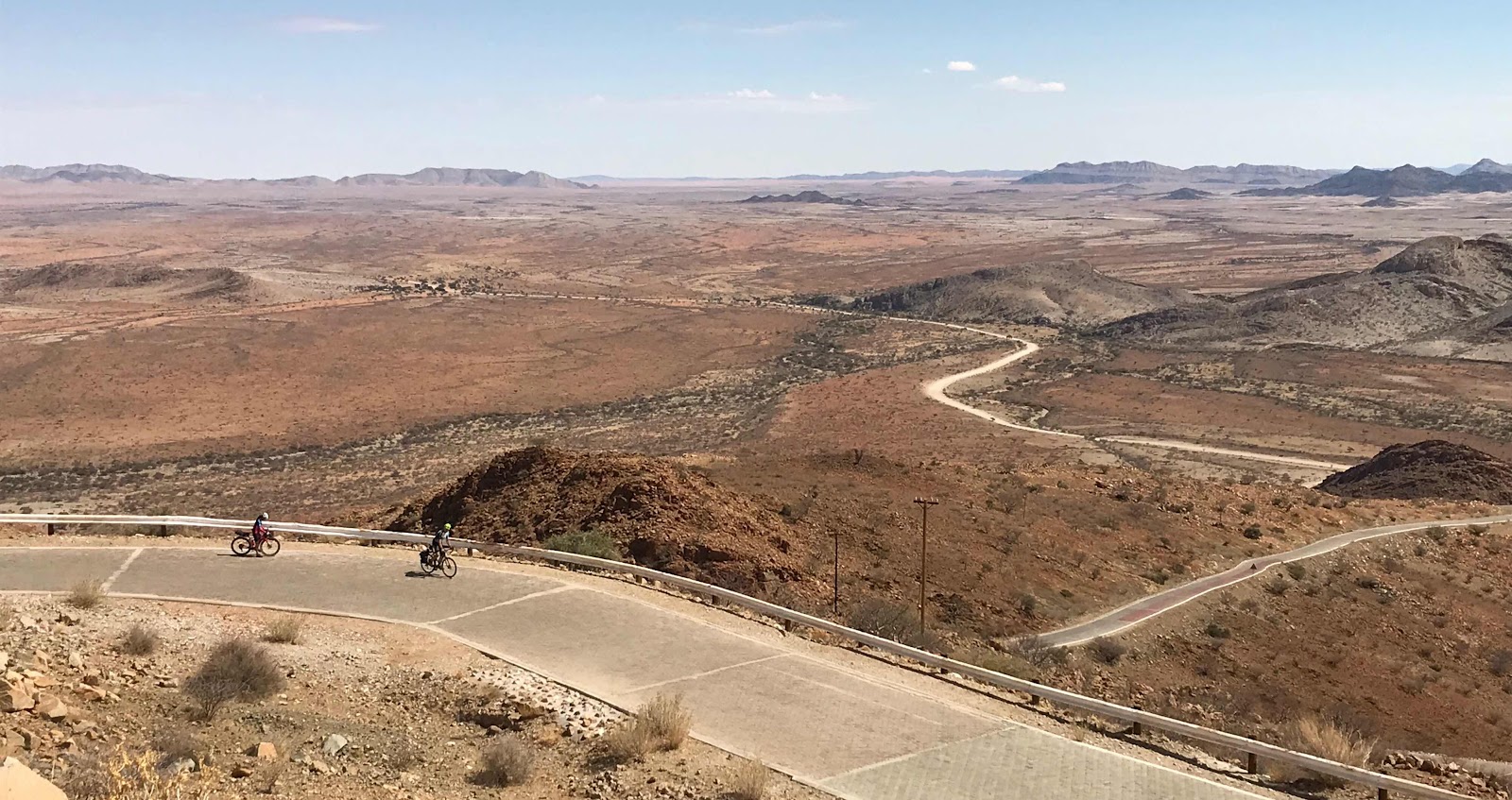 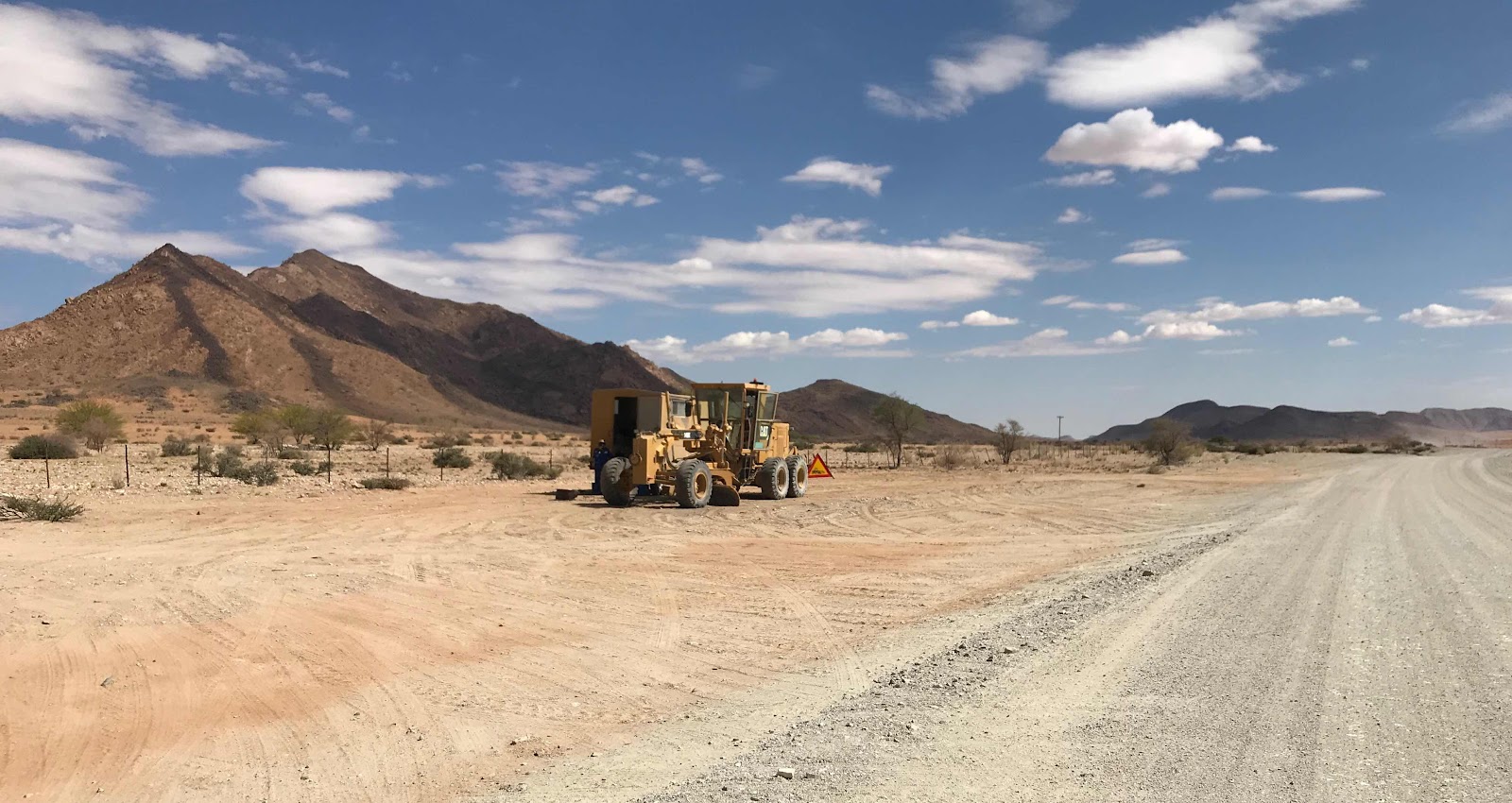 The grader is our best friend, providing us with smooth dirt 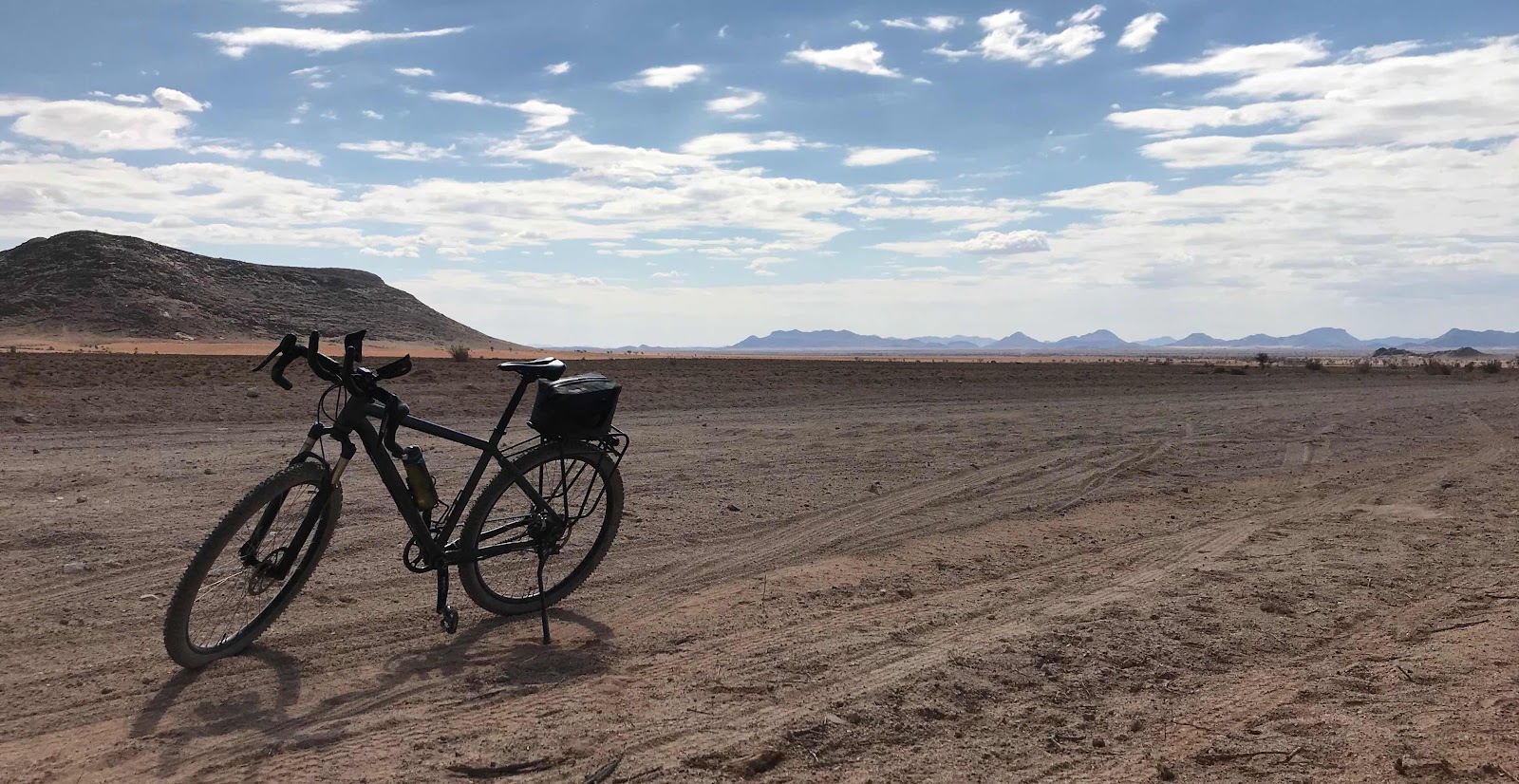 My bike loves the dirt! 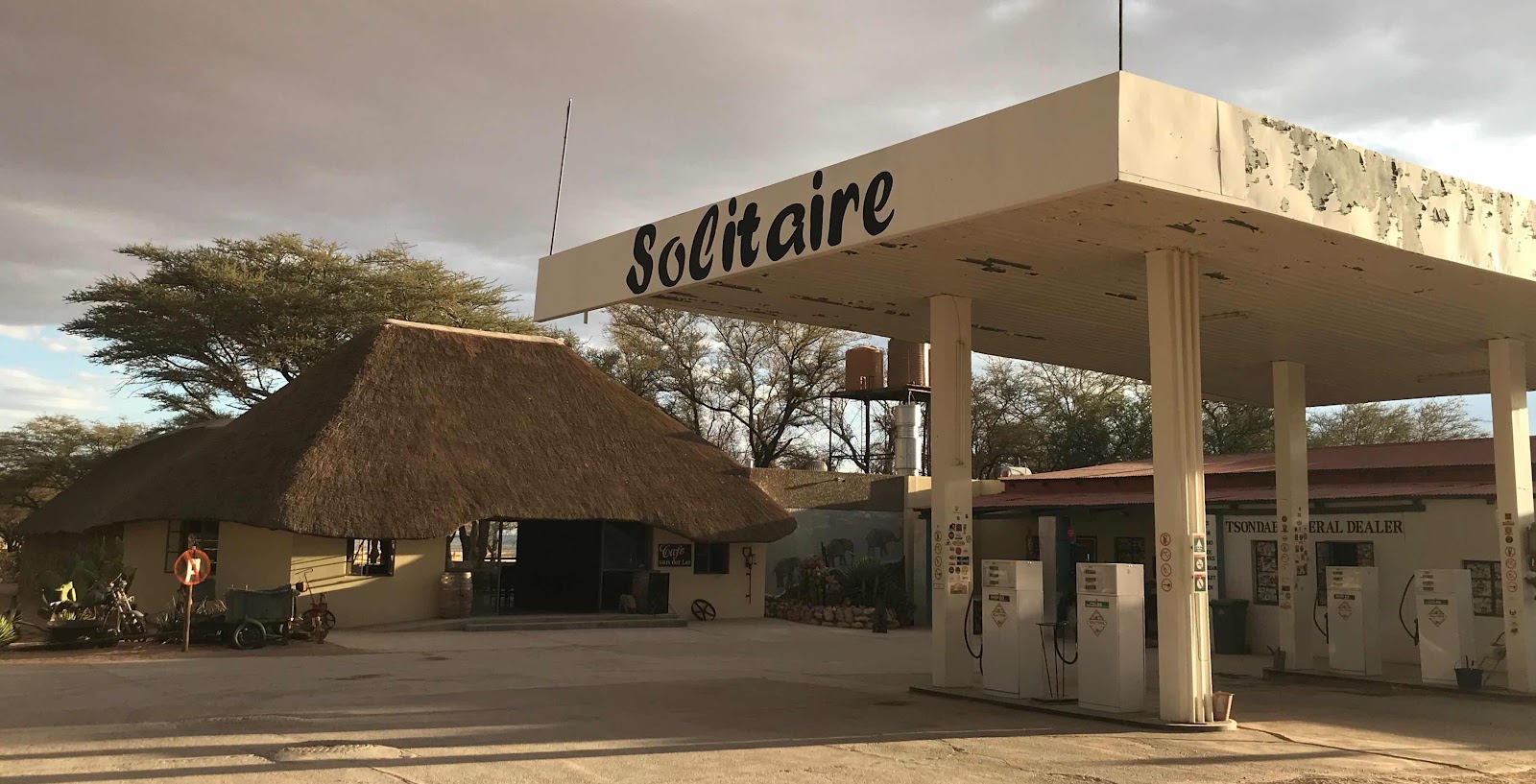 Ending the day in Solitaire 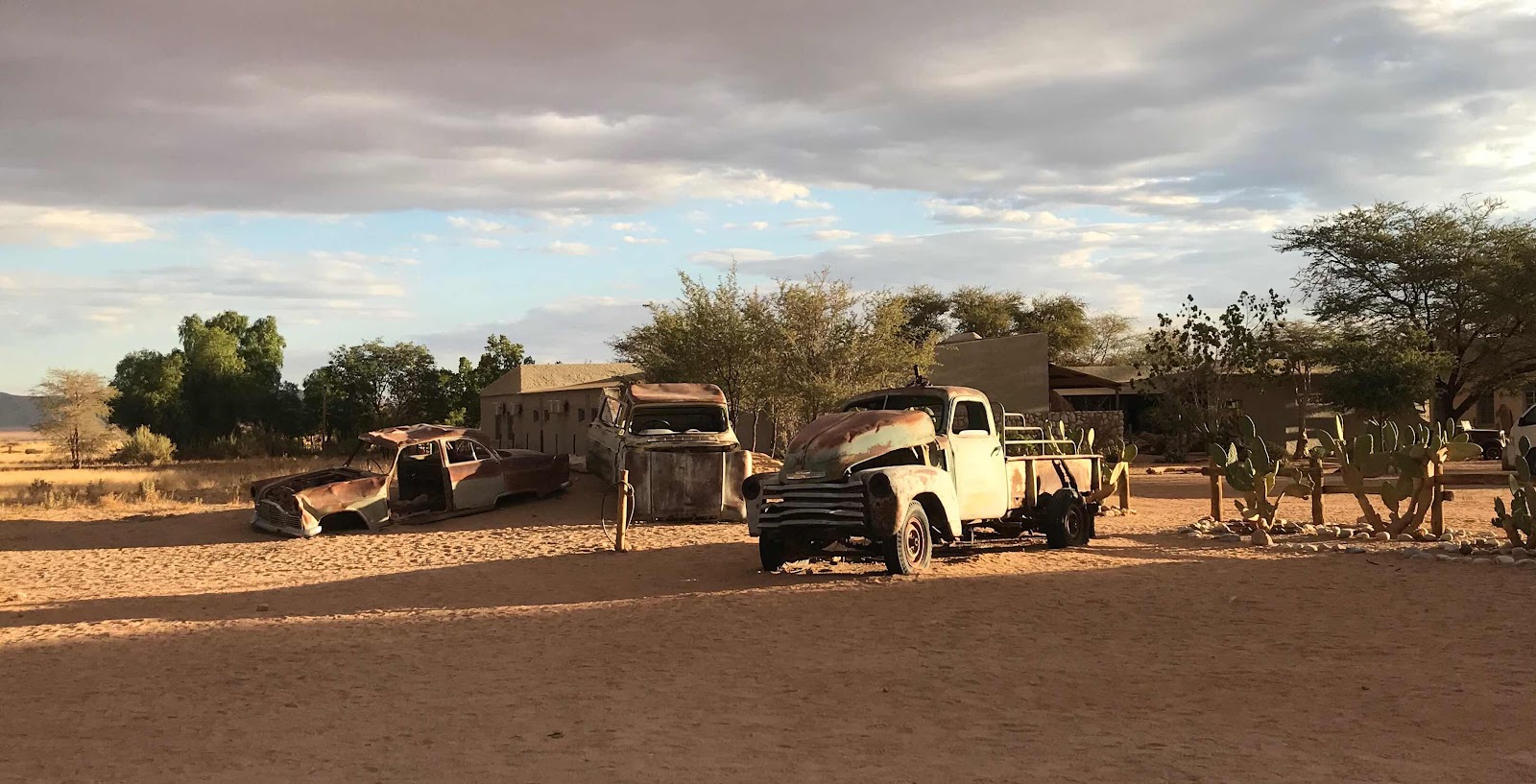 Not much here though 🙂 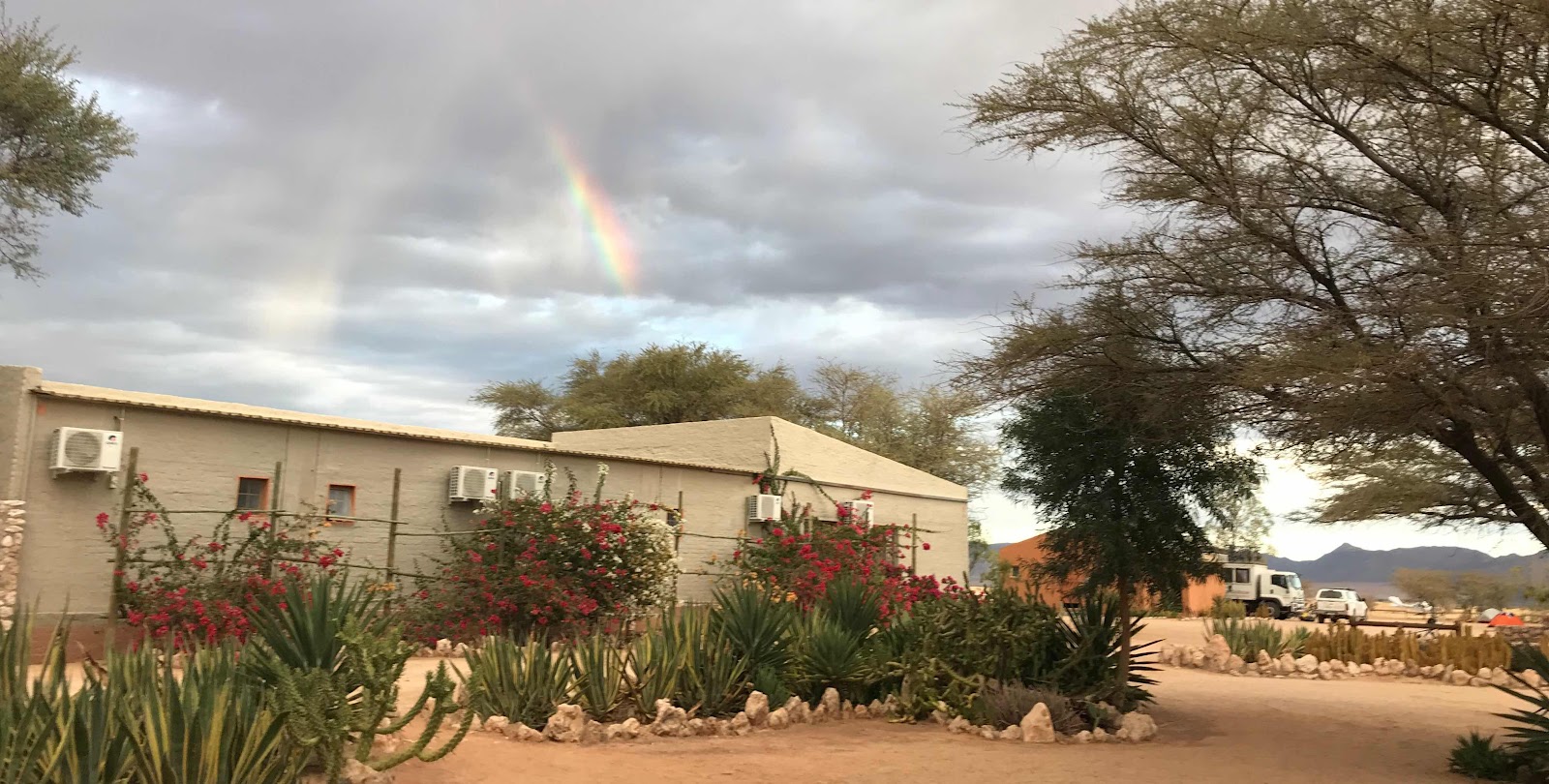 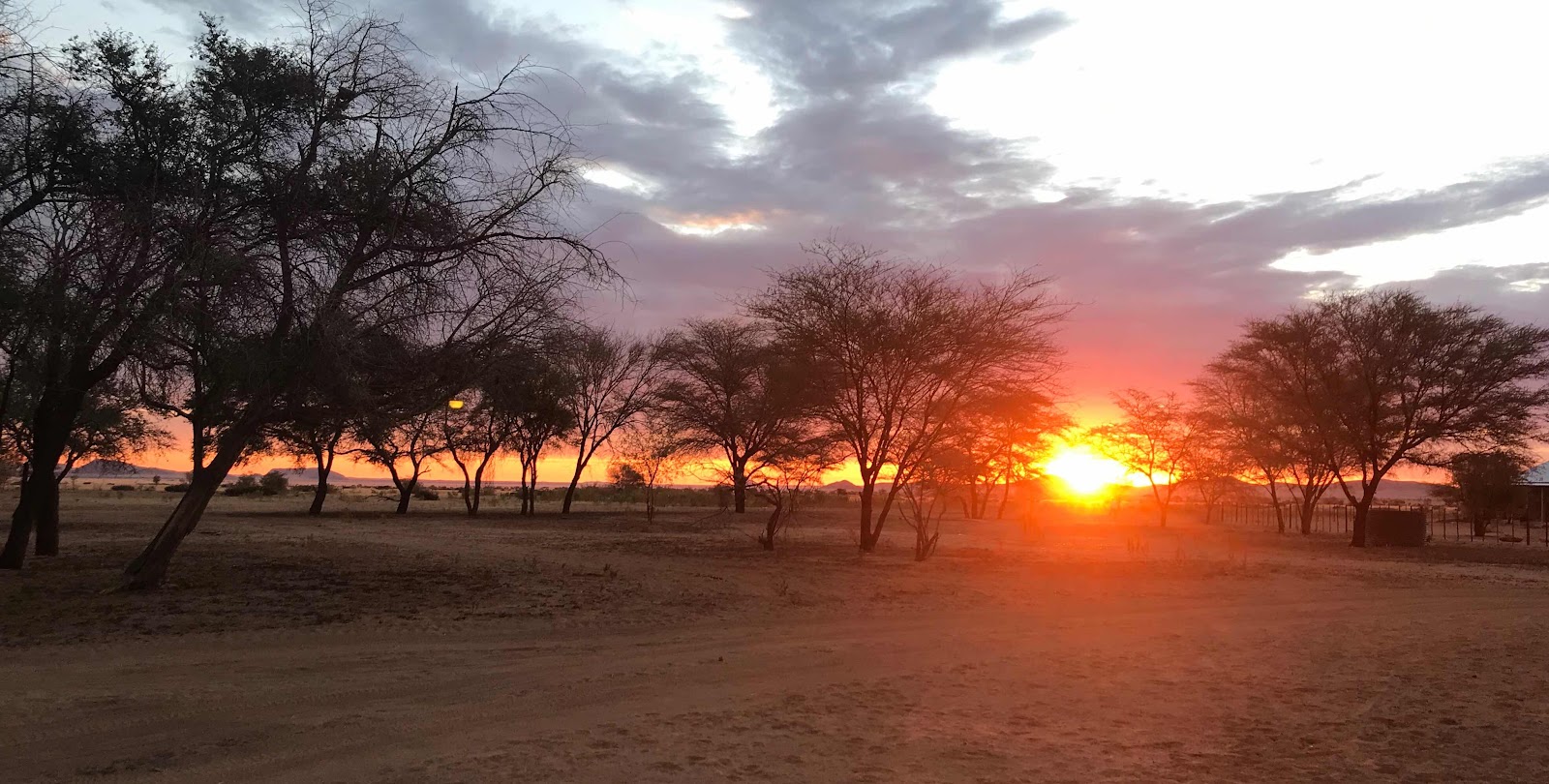 Ending the day with a great sunset!