So why am I doing this again? I like riding my bike… mainly to see stuff… And to some extent because I like the excercise. But when there is nothing to see it’s just cycling. And after our two days on the elephant highway, roads have been long, flat, and to be frank; quite boring. We’ve been riding through endless bushlands. Almost a 1000k of it so far. 159k left today…

I’ve been quite fixated on finishing this 5 day 830k stretch after Maun. I guess that due to the lack of scenery, i’m trying to get at least some fullfilment from this stretch by completing this challenge. I never did 830k in 5 days before. I’m four days down. One day left. Today.
So i got up, feeling buzzed up by the challenge ahead. I packed my bag, got breakfast and than found Pete to see if we would complete this week’s collaboration together. We would. And so we set of. Together with Elaine, Richard, Mike and Eduardo. The legs felt good. Energy levels were still up. We had an easy morning. No wind. And my double shorts prevented my bum from hurting too much :-), relieving the sitbones. And we got treated to a bunch of Hartebeests jump accross the road 🙂 A beautifull sight!
We made it to lunch easily. At lunch we lost Elaine and Eduardo, they were done. Pete and me continued with Richard and Mike and we picked up Alain. The wind had picked up though. It was like someone had flicked a switch and turned on a fan. 75k to go. Too much to ride by myself, so I stuck to the group. People were clearly tired though. Swaying, struggling to keep up, or overdoing it. Riding the train took al my attention.
We rode 20k and had a breather. Richard left us there. 55k to go. Still too far to ride by myself. So I continued with Pete, Mike and Alain, but after some 5k Mike and Alain dropped as well. I continued with Pete, agreeing that we would finish this week together. Not long after that we saw Richard and Alain in the back of a pick up truck, hitching a ride to Windhoek 🙂
Pete and me had a stop at a petrol station at 120k. After that we started climbing. After more than 1000k of flat terrain we’ve hit hills again 🙂 So now we were fighting hills and wind. We took turns in taking the lead and rotated every 2k while being passed by idiot car after idiot car. We took another break at 130. Only 10 more k to the end of the climbing and the long descend into Windhoek. The scenery was fullfilling though, and our moods were good. Because we were doing this, while being cheered on by baboons on the side of the road.
And then there was the descend. And with the start of the descend came the feeling that nobody was going to take this week away from us anymore. The feeling that gravity beats wind. The feeling that I did something of which I was not sure that I could do it. The feeling of shear teamwork and stickig together. The feeling of accomplishment, even though It is not meaningfull what we are doing here. It’s meaningfull to us though… It’s meaningfull to me.
830k in five days. Holy shit. The equivalent of 5 consecutive centuries (in miles that is). There’s absolutely no point in it 🙂 So why am I doing this again?
It’s for that feeling… 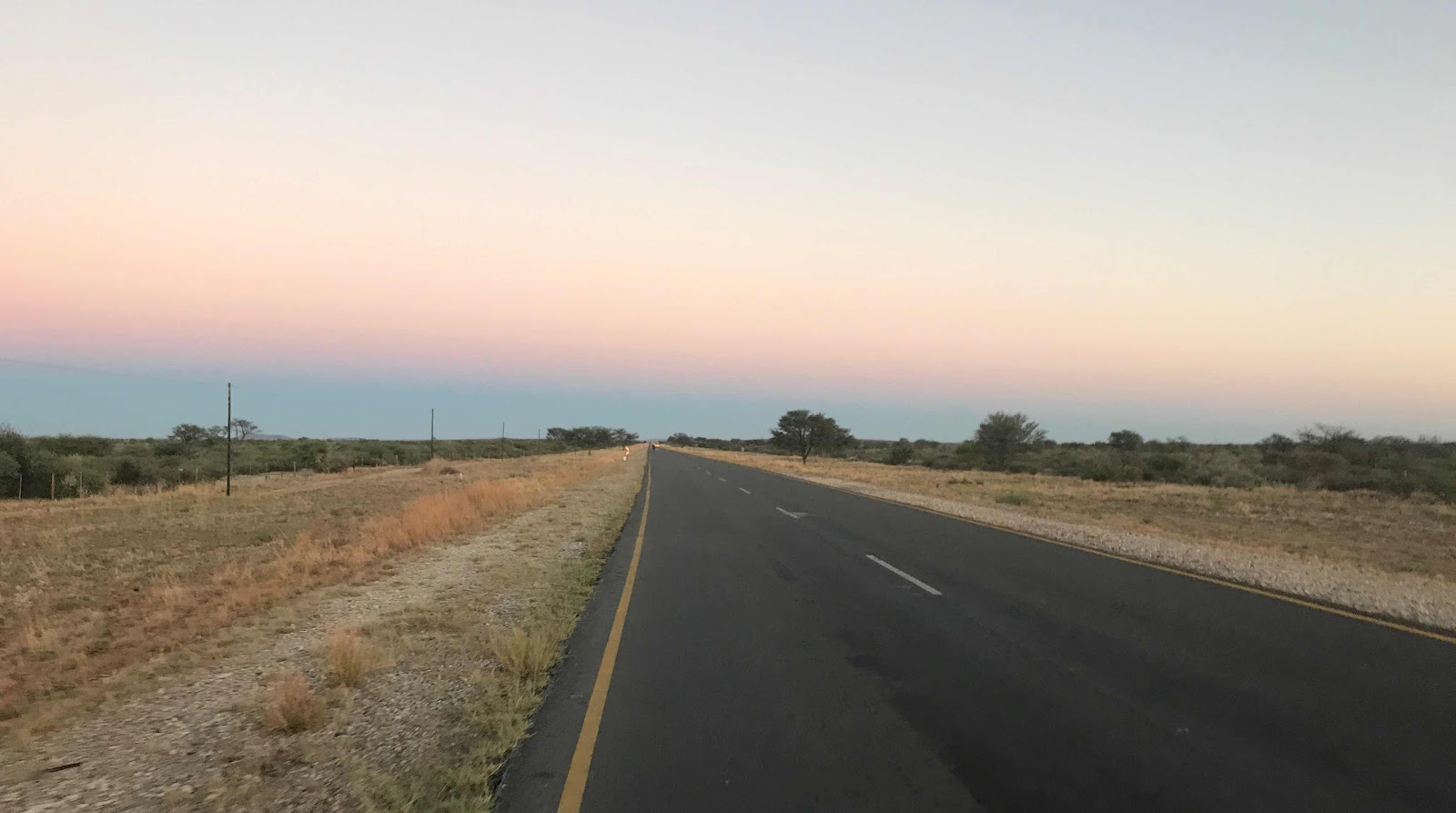 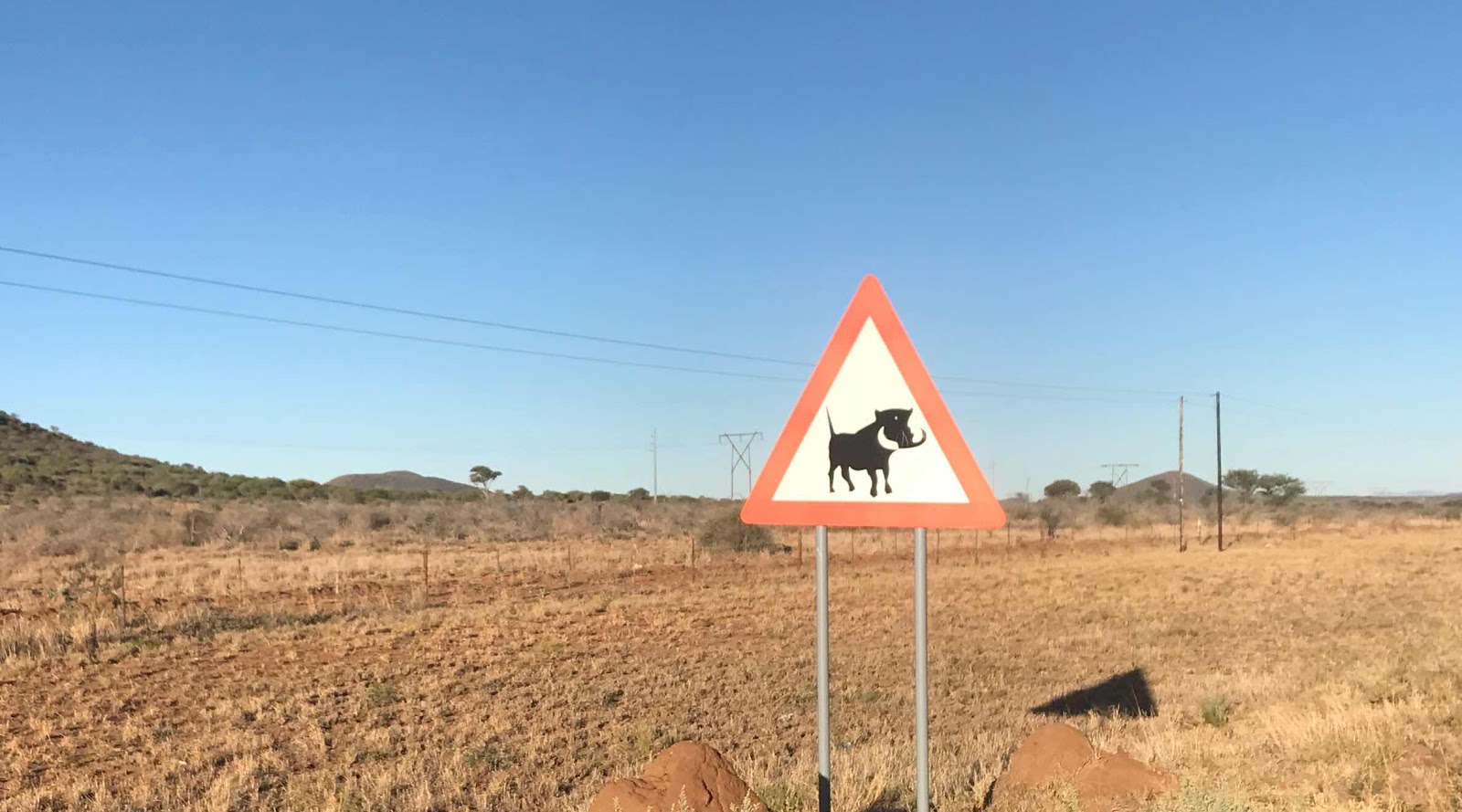 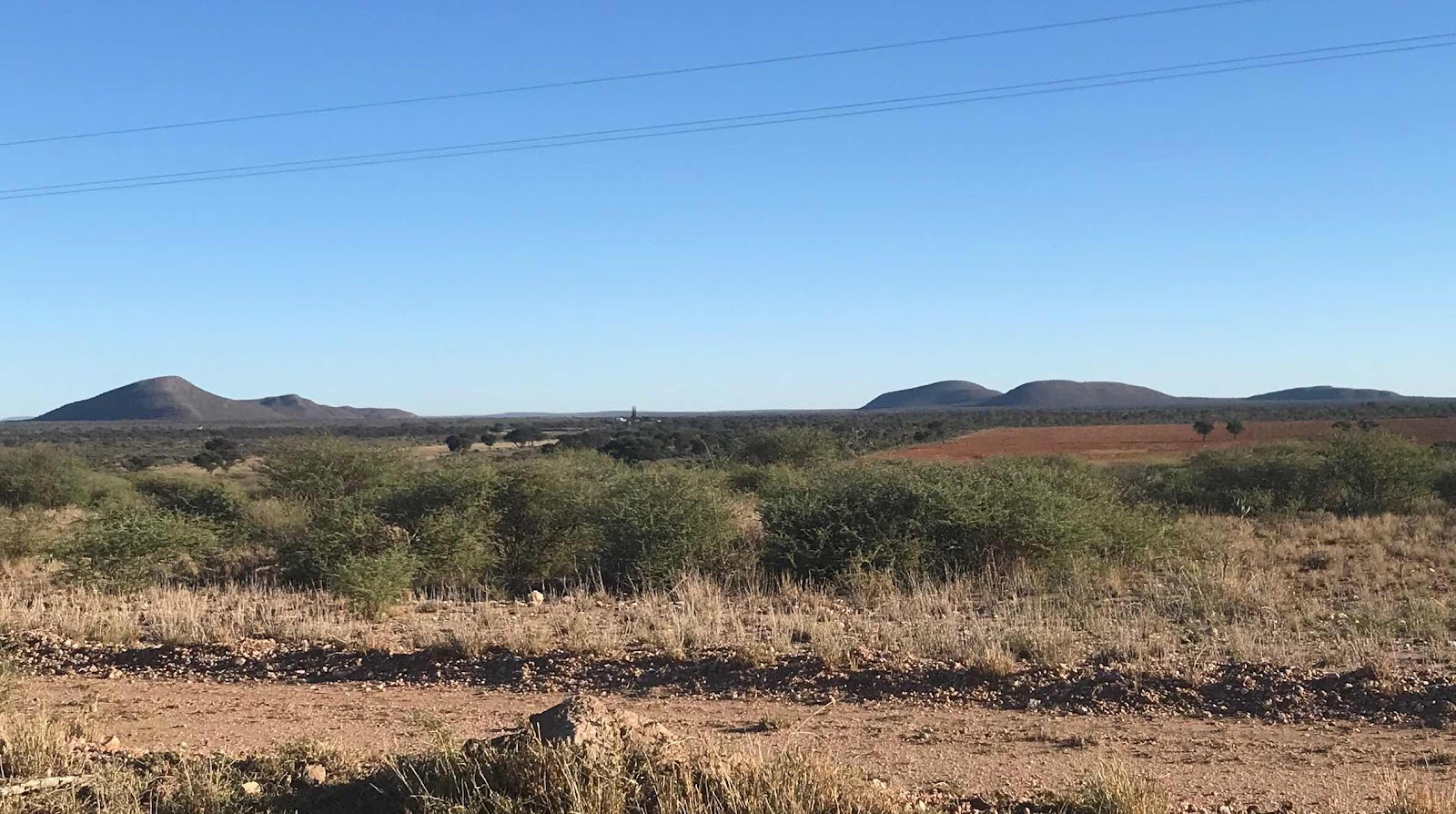 The landscape is no longer flat! 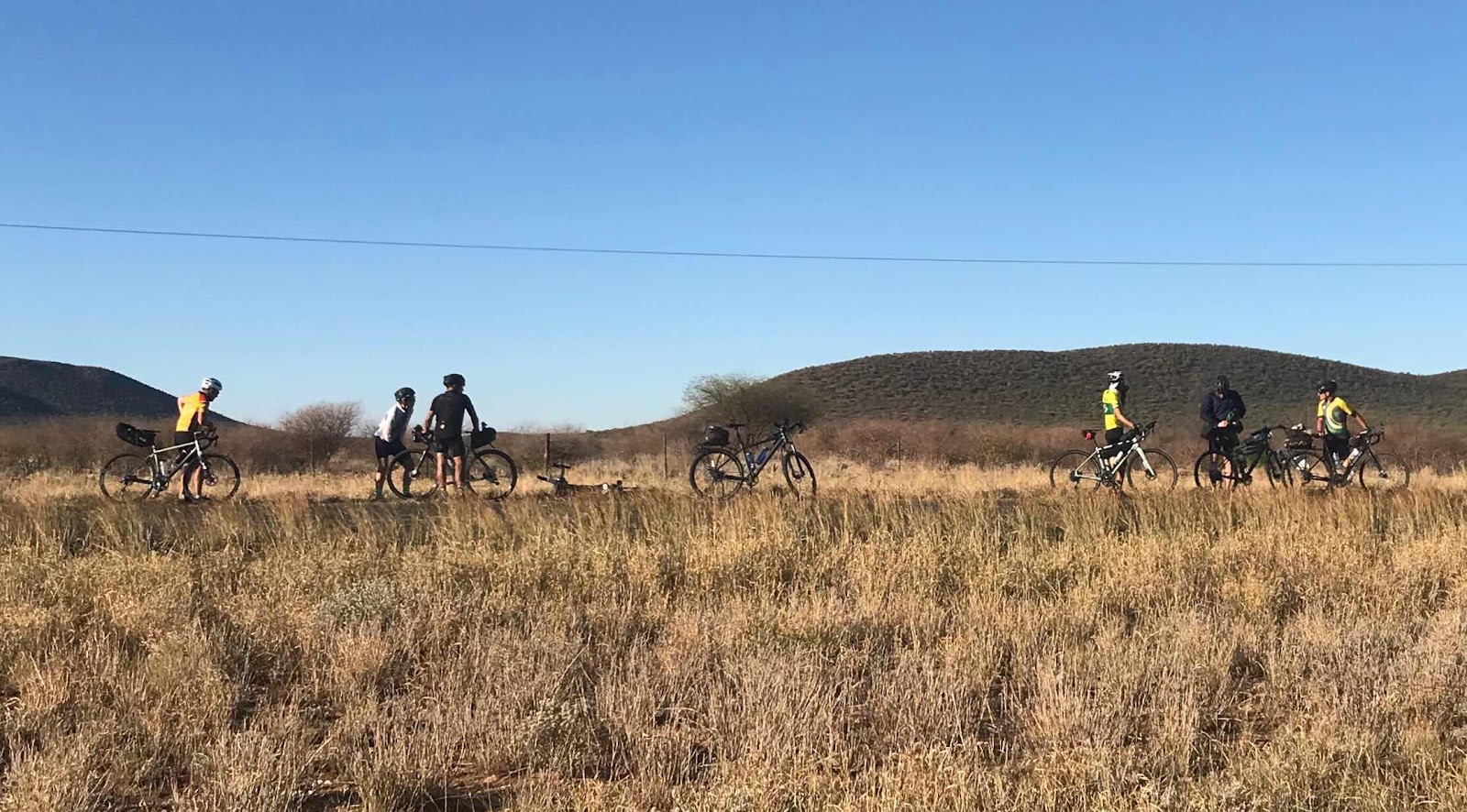 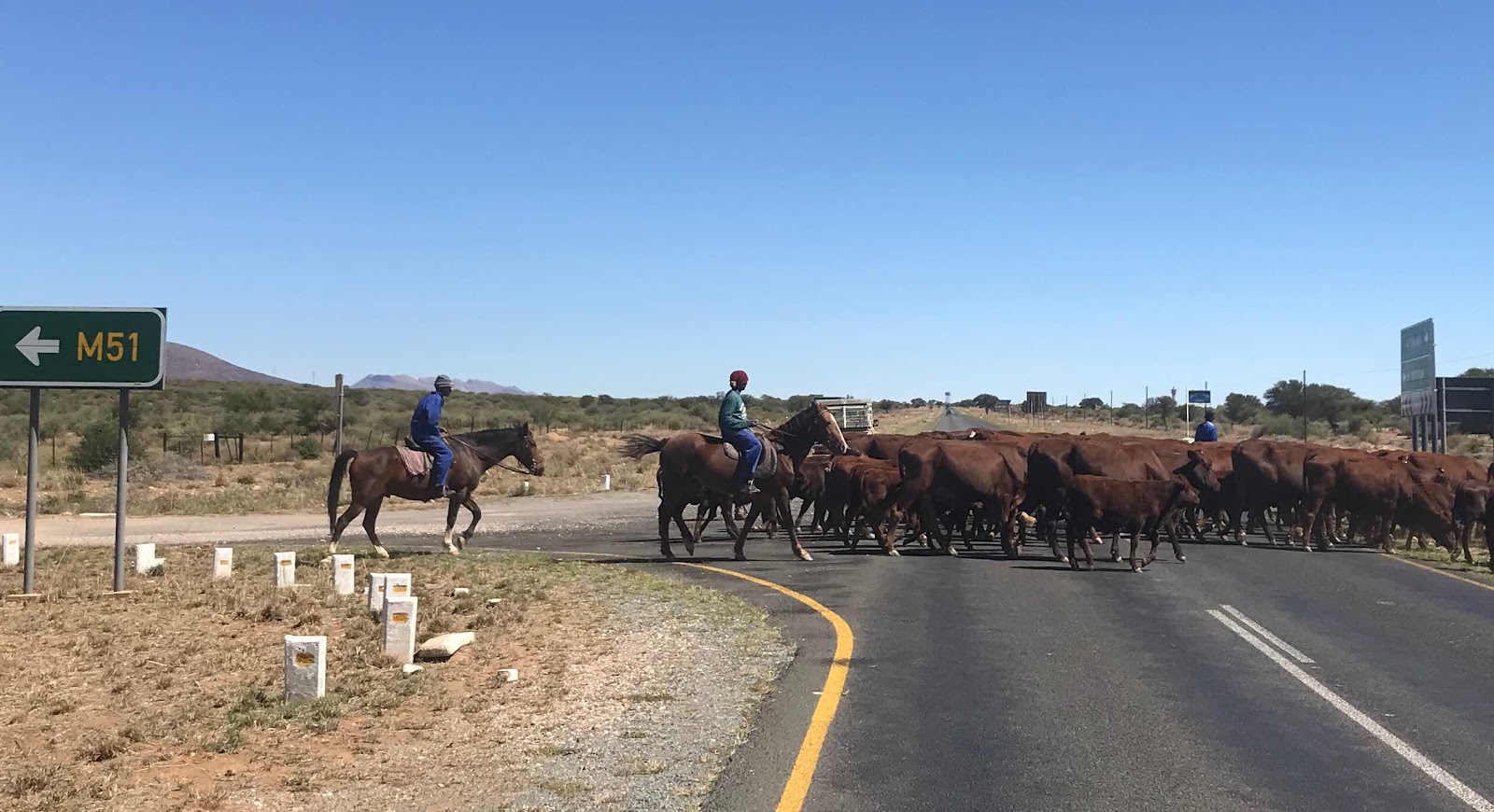 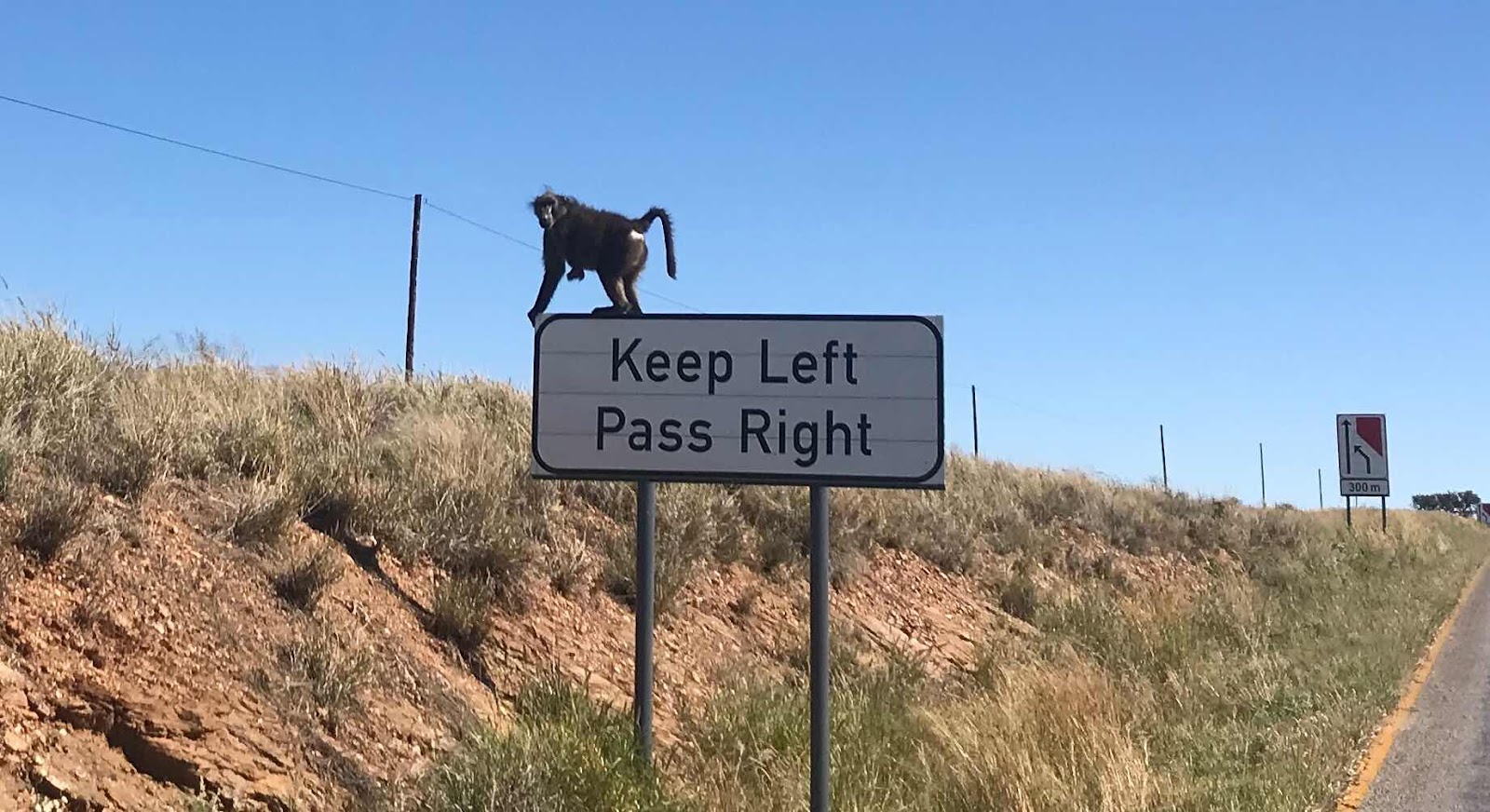 Being cheered on by baboons… 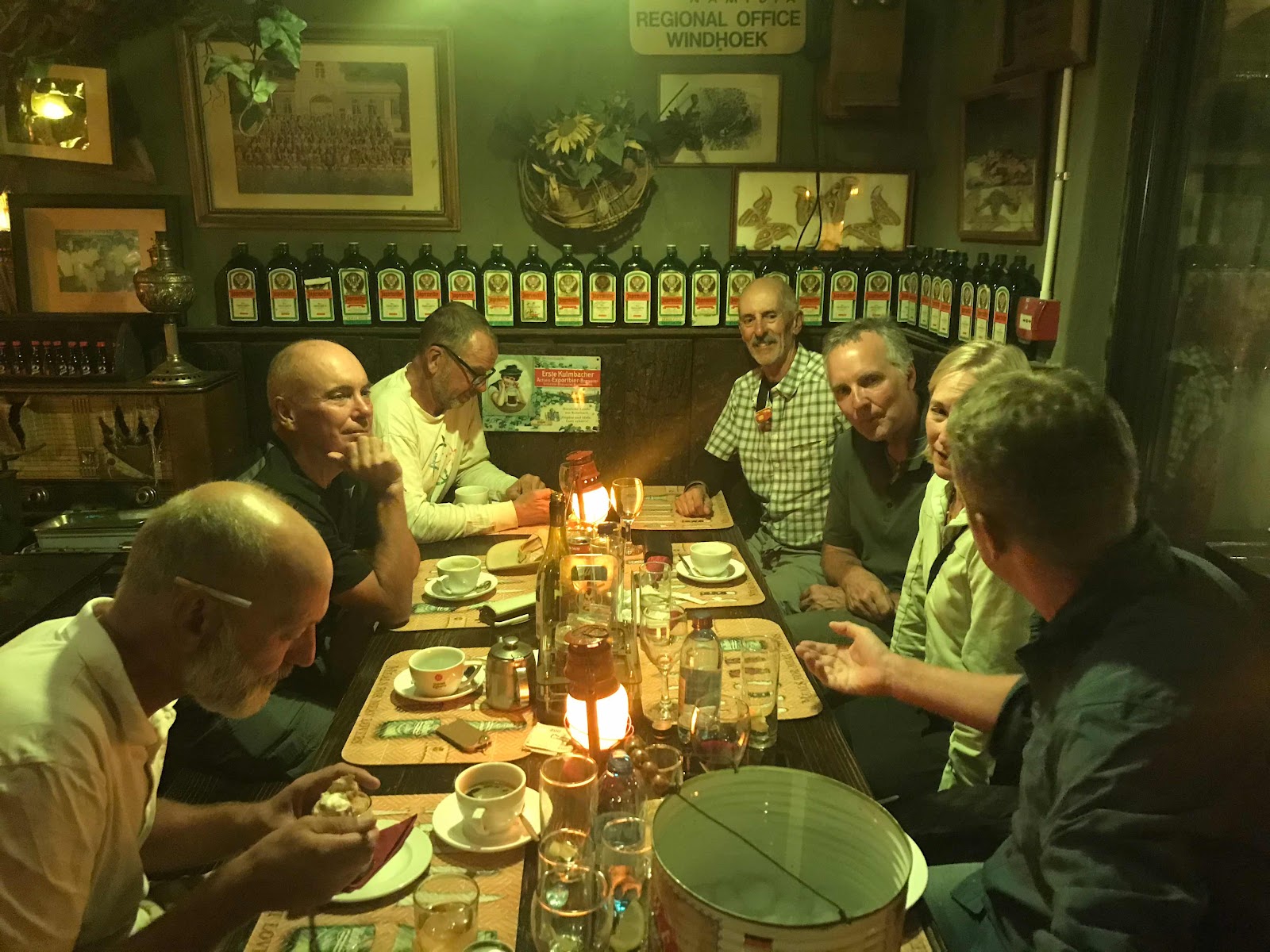 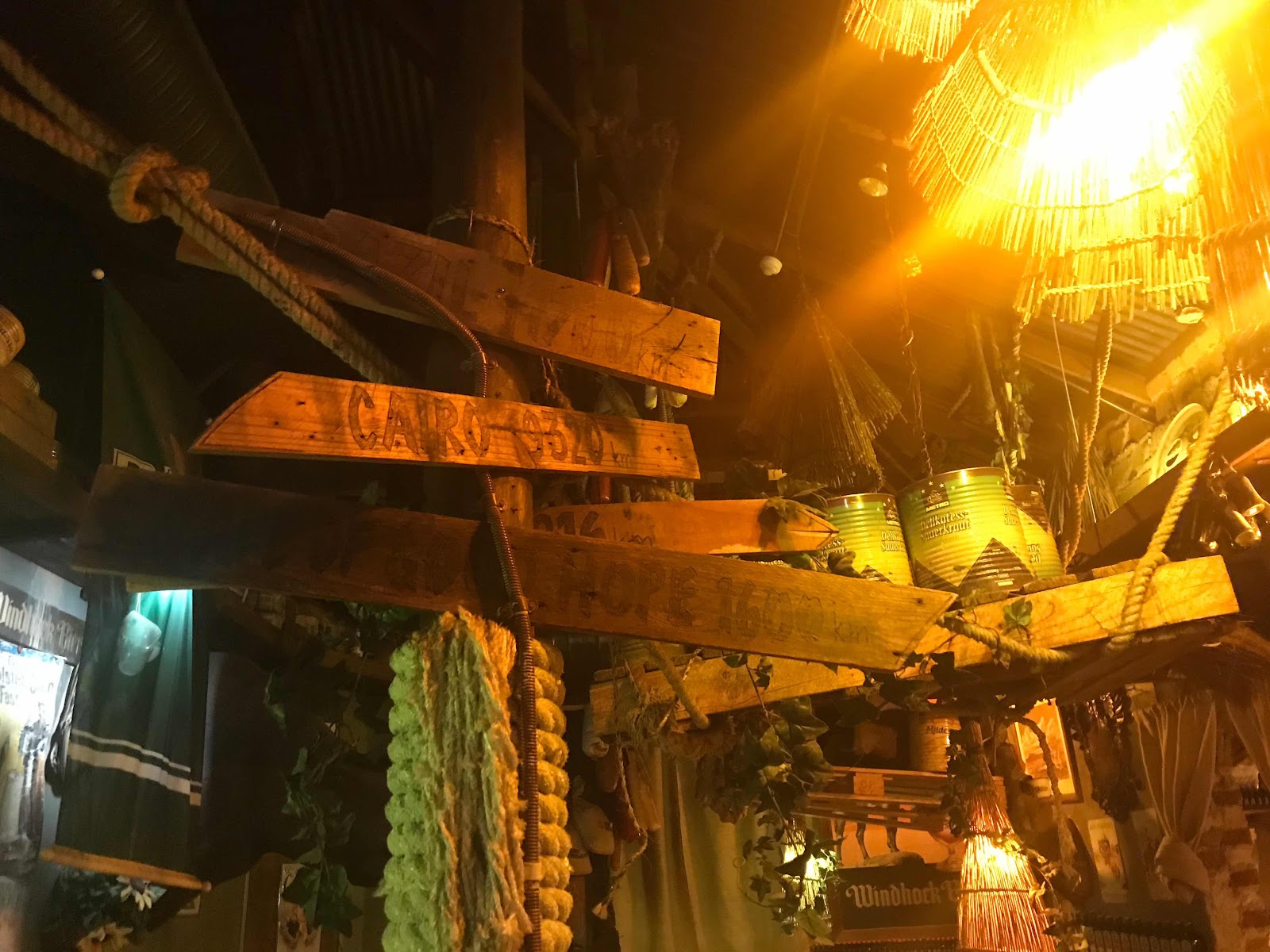