I woke up pretty groggy this morning, still feeling tired. I lazed around in my tent for a while but around 8 I found the courage to get out and headed to the bar/restaurant to get some breakfast. There was a breakfast buffet going on which was being ravaged by TDA riders who cleary were more awake than I was, which annoyed me. I went to get a cup of tea but one of the other riders took up all the space around the coffee table and took forever to finish his own cup of tea, which annoyed me as well. While standing there I heard one of the riders talk about how tough yesterday’s ride was and how tough the next five days are going to be and that got me even more annoyed.

This is what happens to me when I’m really really really really really tired. Little things that would normally not annoy me, annoy me. A lot. And it’s not a nice side of me and I don’t like it. At all! I’ve been doing pretty well after our three restdays in Livingstone, but yesterday’s ride just seems to have undone that. Luckily or unluckily I know this dark side of myself and I know how to bite my tongue. The best remedy is just to stay away from people. So that’s what I did. I had my breakfast at the quiet end of the terrace, overlooking a nice green lawn and some trees with many different birds in it, which made me feel a bit better 🙂
After breakfast I took a long warm shower and I cleaned out my spare toiletries bag in which a bottle of shampoo had exploded about a month ago (i’m a natural lazy person and procastinator). And after that I took a taxi into town, in the hope of finding a nice coffee/tea/food place without or without too many TDA riders. I ended up at a place with Vik, Ash, Mike and Lisa, who were about to order a bottle of wine, so I joined in and drank wine and had lunch.
At 330 it was time for our flight over the Okovango Delta, to which I had actually been looking forward a lot! The Okovango Delta is an inland delta, meaning that the river estuaries don’t flow into the ocean or the sea or a lake, but they flow inland and dry up after the rainy season that feeds the rivers ends. It’s this massive green area with waterways and a lot of wild life, so I figured it would be pretty cool to see that from the air. Unfortunately I forgot the reason why I don’t like flying… I had not even considered the possibility that I might get sick on the flight. After having been on a plane for about 50 times last year I think I thought I’d left air sickness behind me… Nevertheless I’ve been able to watch out of the window for some 20 minutes. After that I threw out my lunch and wines and just prayed for the one hour flight to end 🙂
I was in the plane with 7 other TDA riders and they probably showed me more kindness than I deserved after my groggy morning and me avoiding them and me geting annoyed by the smalles thing. And I think that kindness helped me get over my grogginess a bit, because in the end we’re all doing the same thing and we have the same aim of reaching Cape Town. And after throwing up like that during the flight – and again after the flight – I was just very gratefull for a soothing hand on my back and people giving me tissues, water and a bag. And especially for none of them blaming me for throwing up next to them in the plane 🙂
I’m in Africa! In Botswana! I flew over the Okovango Delta! I saw big herds of elephants, hippos, rhinos, giraffes, gazelles, all making their way through this beautifull green and unspoiled natural area. And I shared this experience witb a bunch of special and kind people!
I hope my groggy me stays away again the next few days 🙂 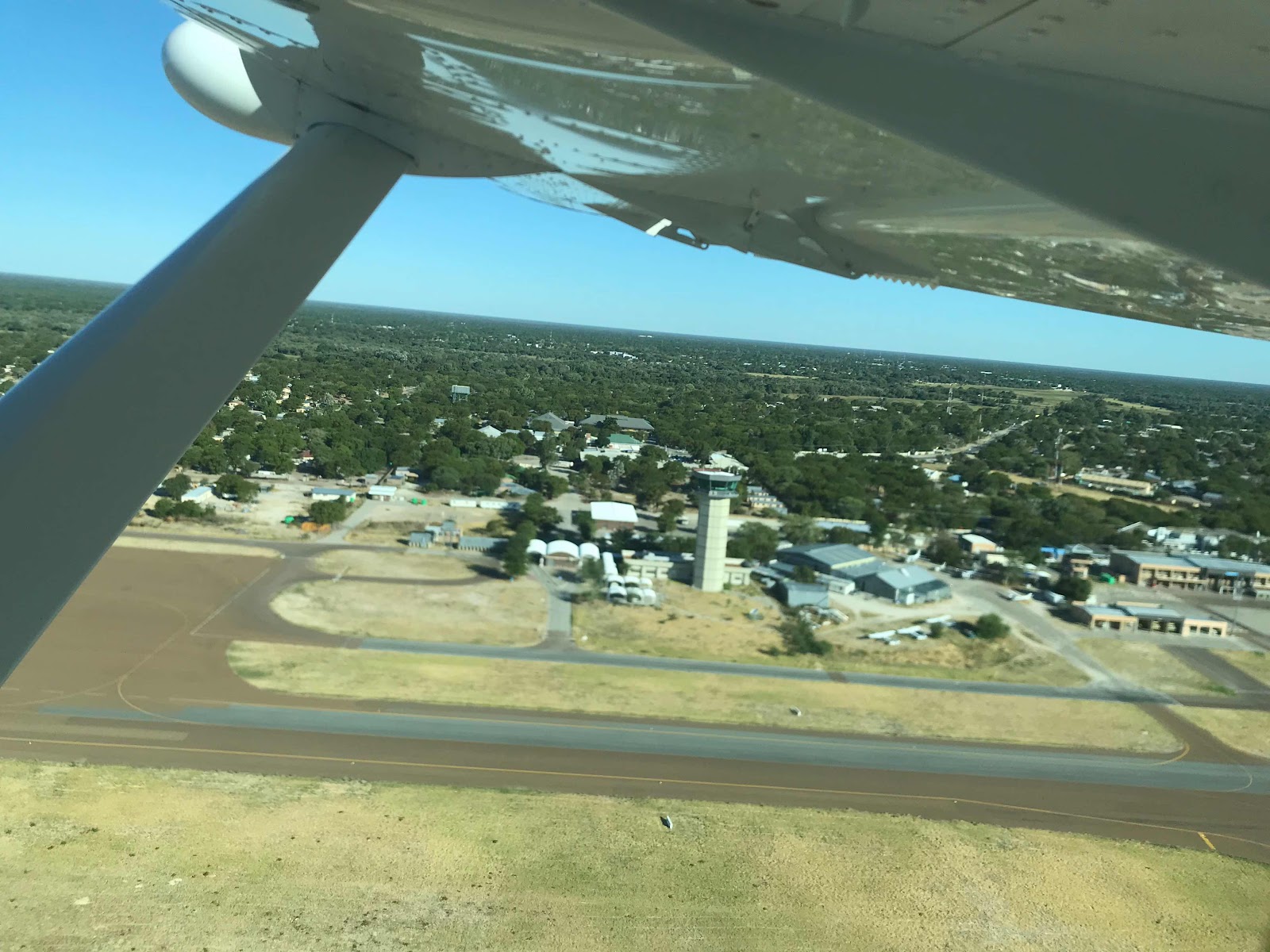 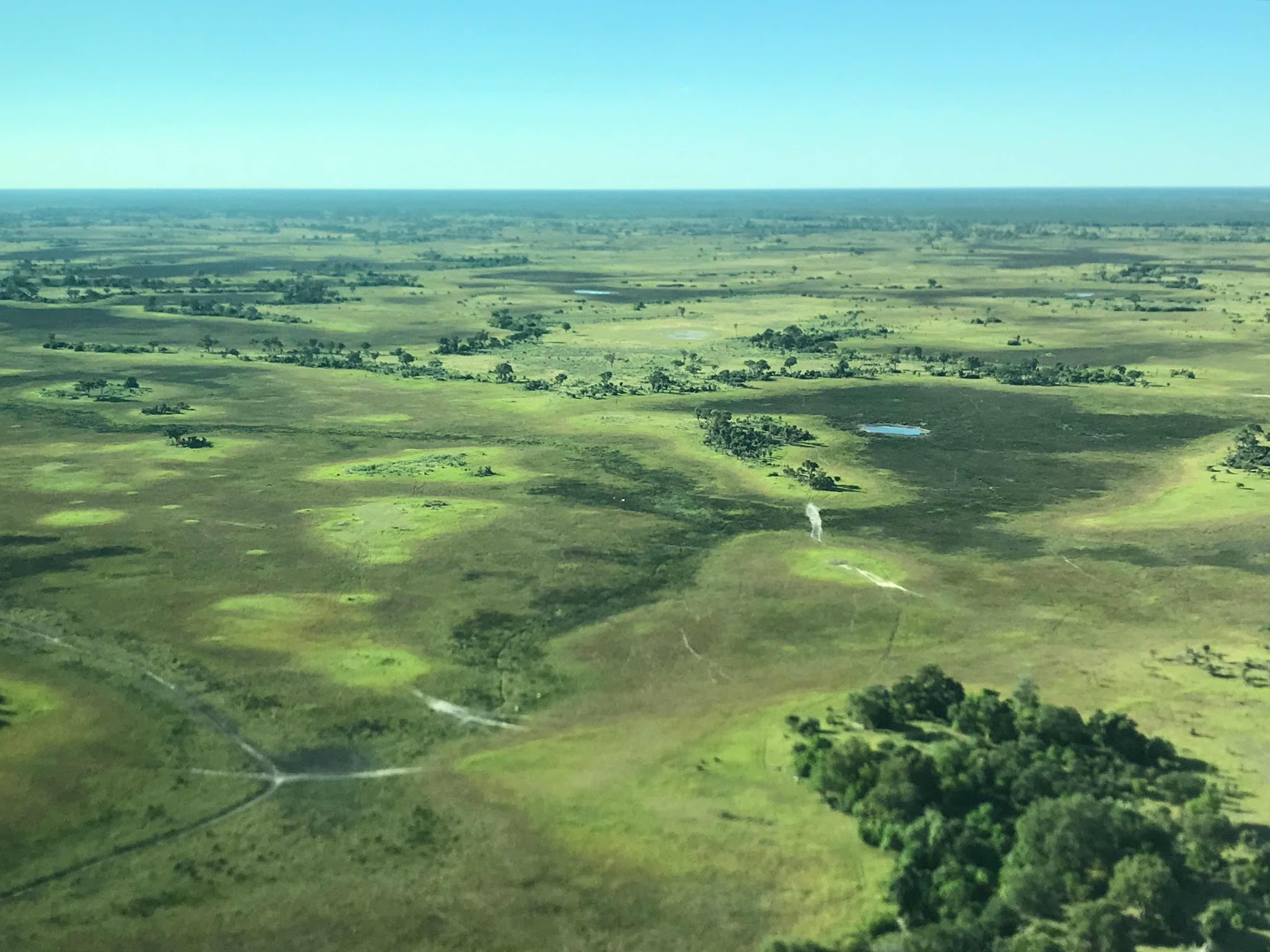 Very much worth getting onto a plane for… 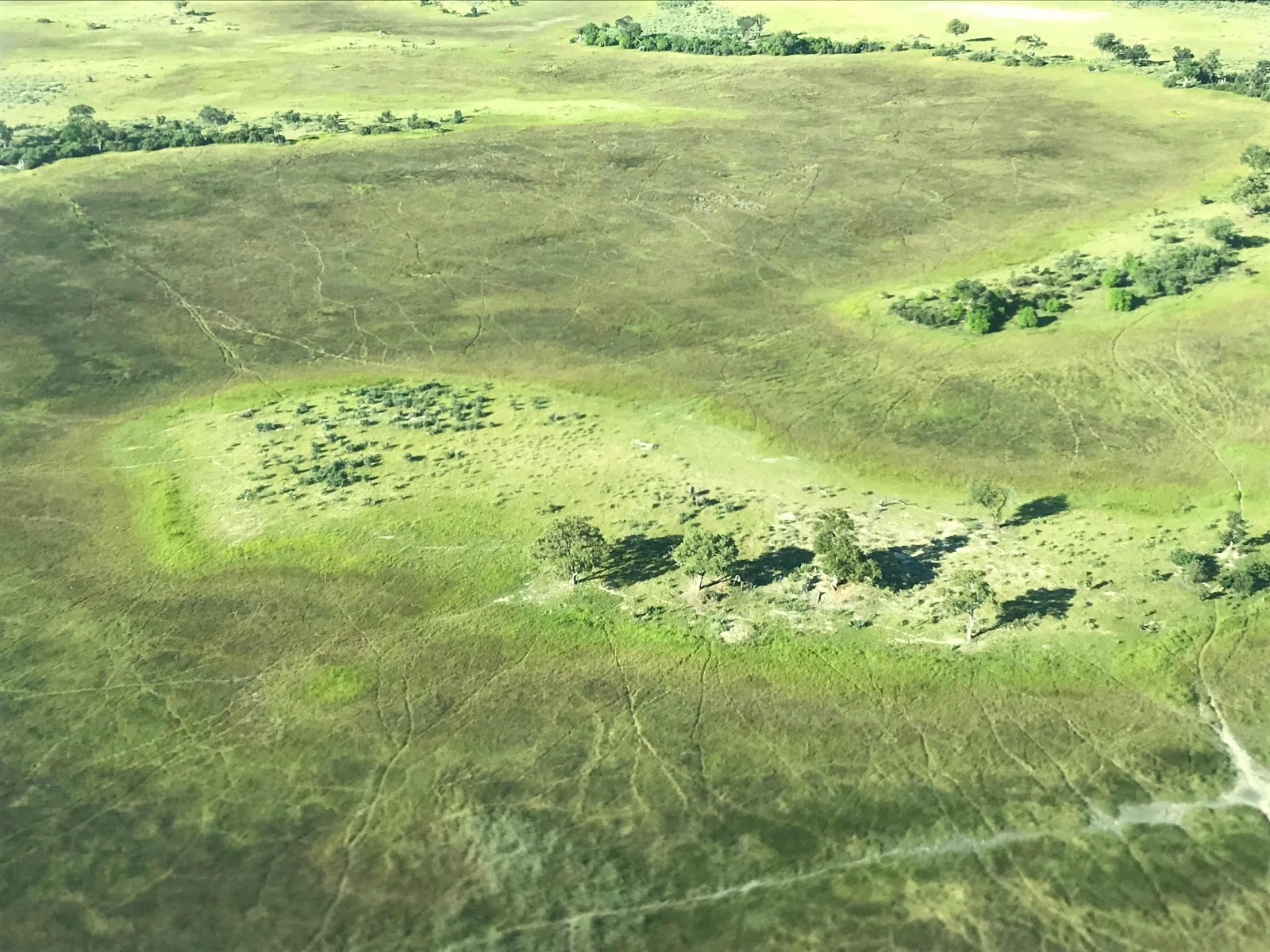 Can you spot the elephants? They’re really small though… 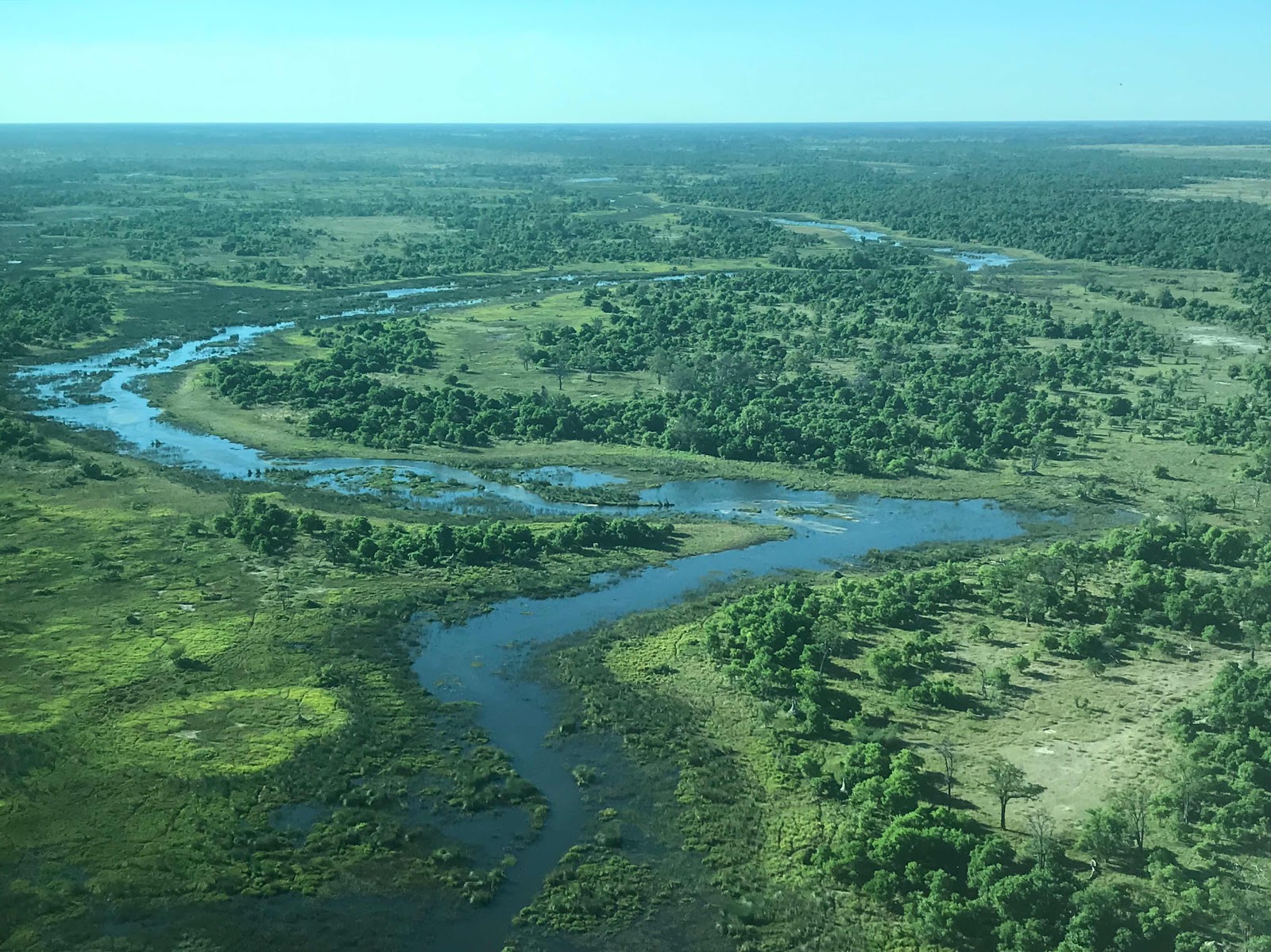 Pretty much worth getting sick for!