Elephant highway, part 2 🙂 And expectations were still pretty high. I can’t help it, but I really felt like a little kid yesterday and today… Yesterday’s ride was saved by the two elephants at the end of the day, but I’m on the elephant highway! I want to see elephants all the time 🙂 otherwise it’s just a highway. Saying: I cycled the elephant highway but I didn’t really see any elephants is not a very good story to tell, right?

So I took off this morning and rode. 10k no elepants. 20k nothing. 30k… 40k… 50k… 60k… All my senses were on high alert, but there just wasn’t anything. But then at 62k I saw the landcruiser coming towards me from where we were heading. Tallis signaled me to slow down and then told me that there were two large bull elephants at the side of the road at 70k and that I should be carefull. Then tallis left and I did the math.  70k was still 8k ahead. 8k at 24k an hour meant that it would take me another 20 minutes to get at 70k. No way that those elephants would still be hanging around there… Elephants don’t hang around, they are continuously on the move…
Nevertheless I tried to get there as soon as possible. Maybe these elephants were different. But when I hit 70k nothing was there. 71k, nothing. 72, nothing. At 73 I saw a big group of riders on the side of the road though. I got a little bit excited, but it turned out to be just lunch. No elephants. And Fred and Baldr told me that they did see them, some 2k back. The little kid in me wailed. The adult me told myself to not be envious because I have already been lucky many times, seeing the giraffe cross the road in Kenya, having the elephants up close on the Serengeti, seeing the rhinos just a few days back….
So after lunch I got back on the bike and lowered my pace a bit to be able to look around even harder. A sign on the right side of the road said “Elephant Sands, where Elephants rule” so I decided to keep an eye on the right side of the road. 80k nothing. 90k… But then, when I took a sip of water… There it was! On the left side of the road! Drinking water! My first proper elephant on the elephant highway! And I had it all to myself 🙂
It just stood there, drinking water. It was some 30 meters away, but it didn’t seemed bothered by my presence. It just filled it’s trunk with water and put the trunk in his mouth. And then he refilled his trunk. And then he emptied it again. And he flapped with his big ears a bit. This was so awesome! What an amazing experience! I was on my bike and I came accross a wild elephant! 🙂 Unfortunately a car pulled up after some ten minutes and two locals came out and tried to get up close to take a picture and scared it off into the bush. Katja, Paul and Richard were just in time to see it disappear…
So all excited we got back on our bikes and started riding again. But not even 50 meter onwards there was a big bull leisurely stroling through the bush! This was getting better and better! We watched the beast a bit untill it walked away from us and disappeared between the trees. Such big animals, but they disappear so easily and are so hard to spot when they are in the bush!
So after it disappeared we gave cycling another shot, but within 10k Alex and Nick signalled us to look to the rigt. The landscape had opened up a bit, and there, under the shade of a tree stood two big elephants, throwing mud onto themselves. Majestic animals they are! And there were some more of them further away! We got of our bikes and we stood there a bit, watching the elephants be mellow. Then two local rangers pulled up in their car and asked us how fast we could run. We looked a bit puzzled and answered by saying that we are about as fast as most human beings. The rangers then told us that that would not be fast enough if one of those elephants would charge us. We had thought that the 30 meter distance between us and the elephants was a safe distance, but apparently it wasn’t. So after that warning we got back on our bikes and said goodbye to the elephants.
It was a great day, and the little kid in me is satisfied! And there is a chance of seeing even more elephants tomorrow! However, today was my fourth day with wild elephants in a row, so I don’t expect that I’ll be as lucky as I was the past few days again! 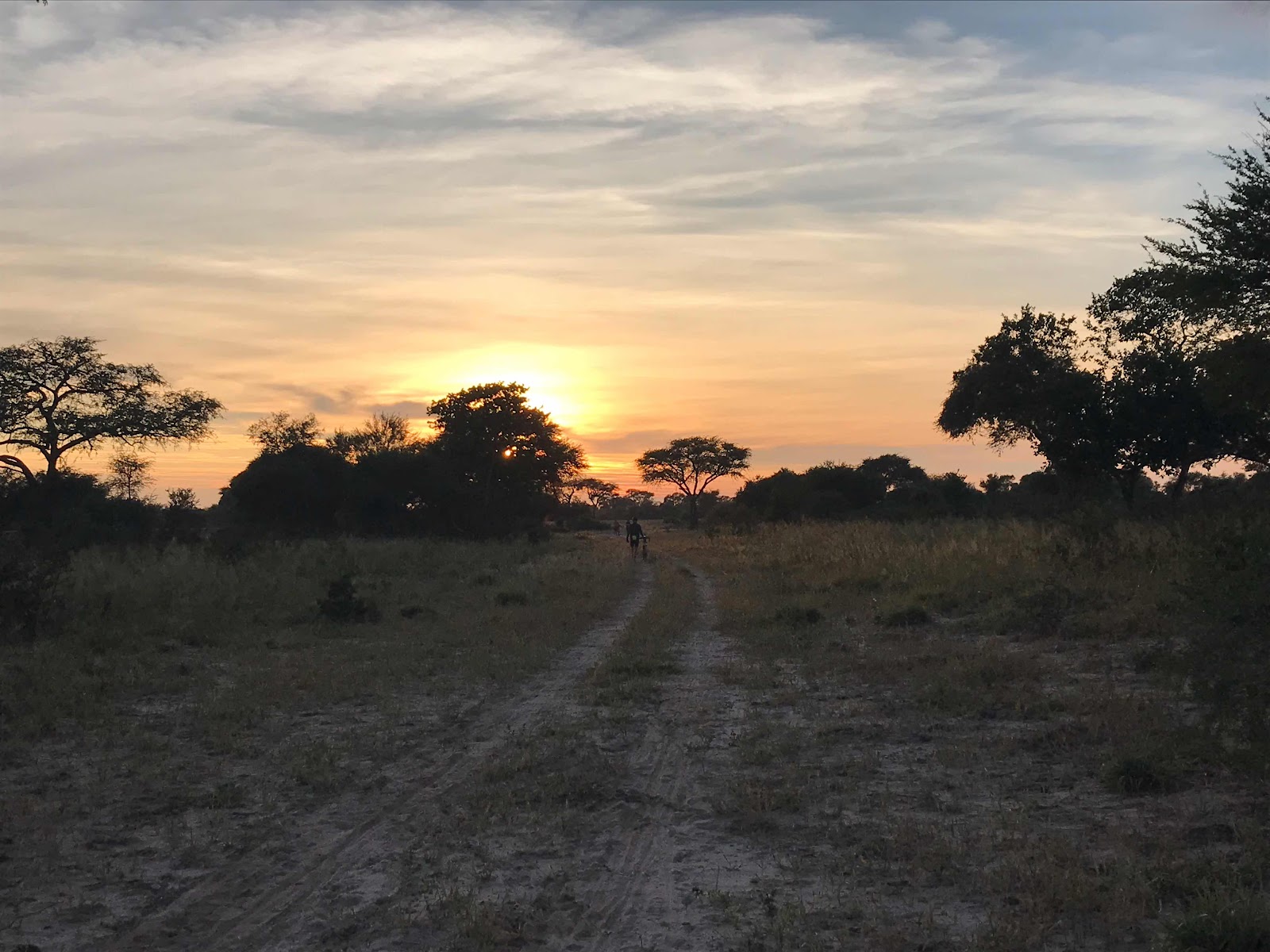 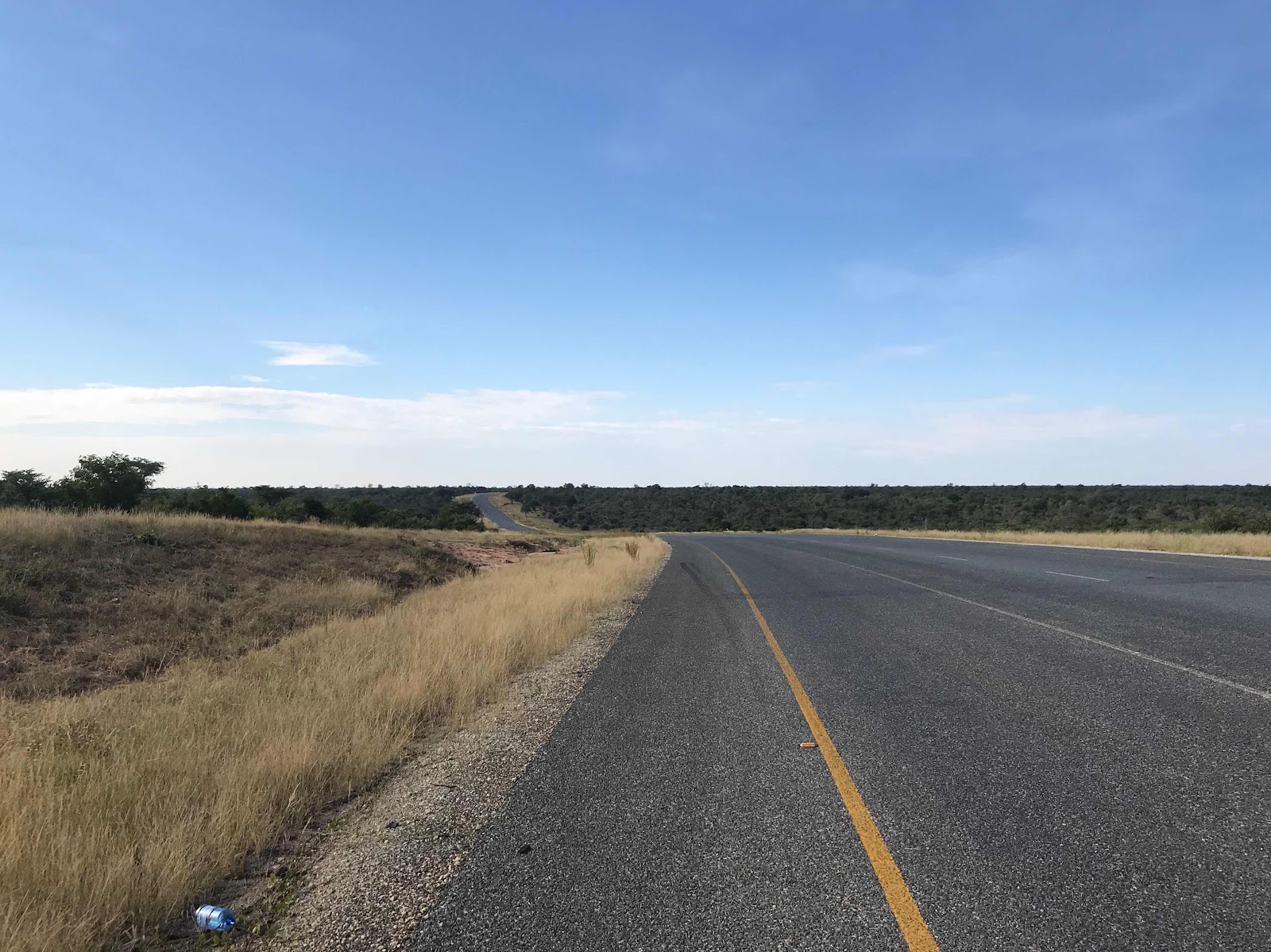 Elephant higway part 2… no elephants though. Just a highway 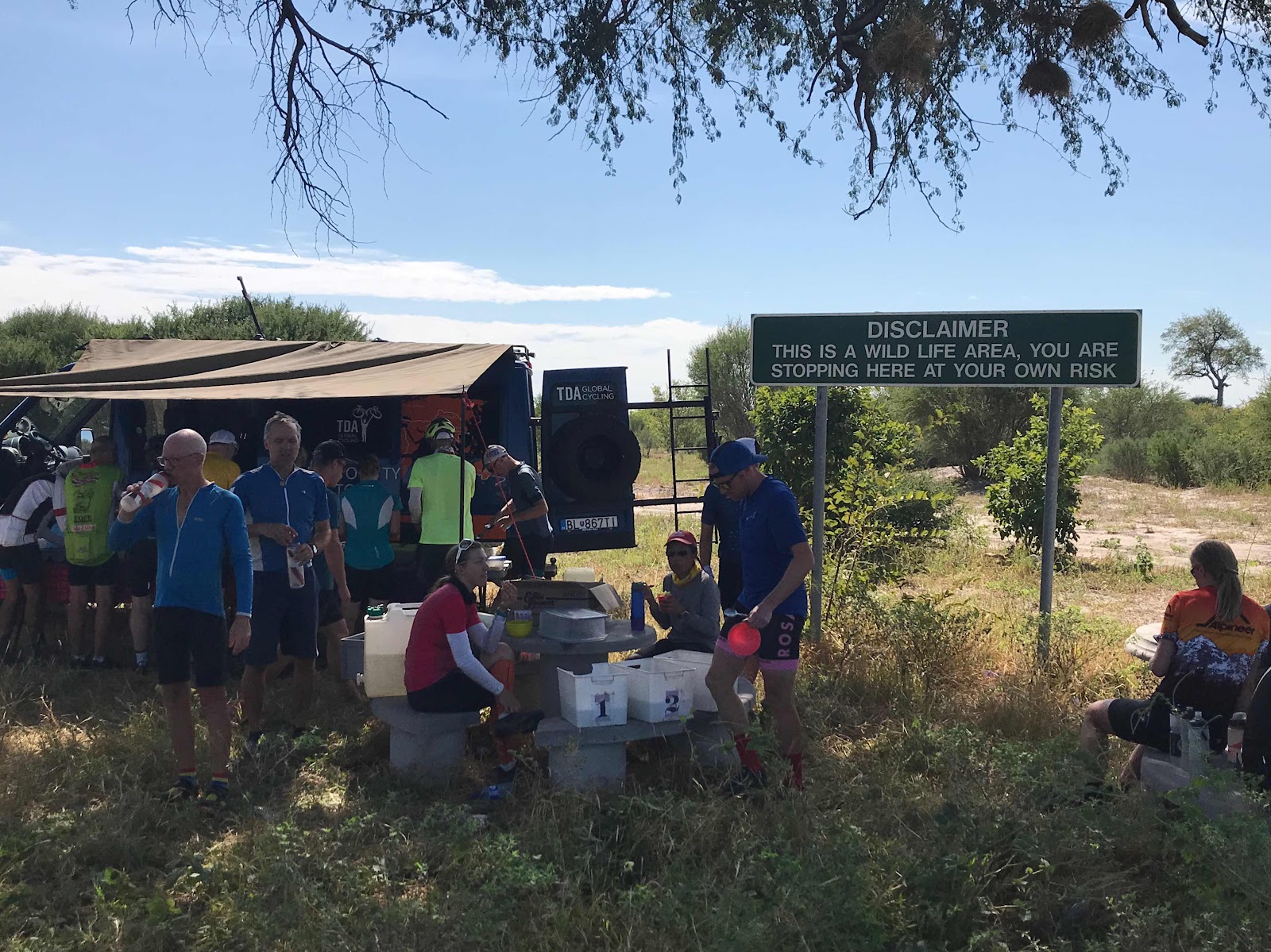 Lunch without elephants. Serious disclaimer on the sign though… 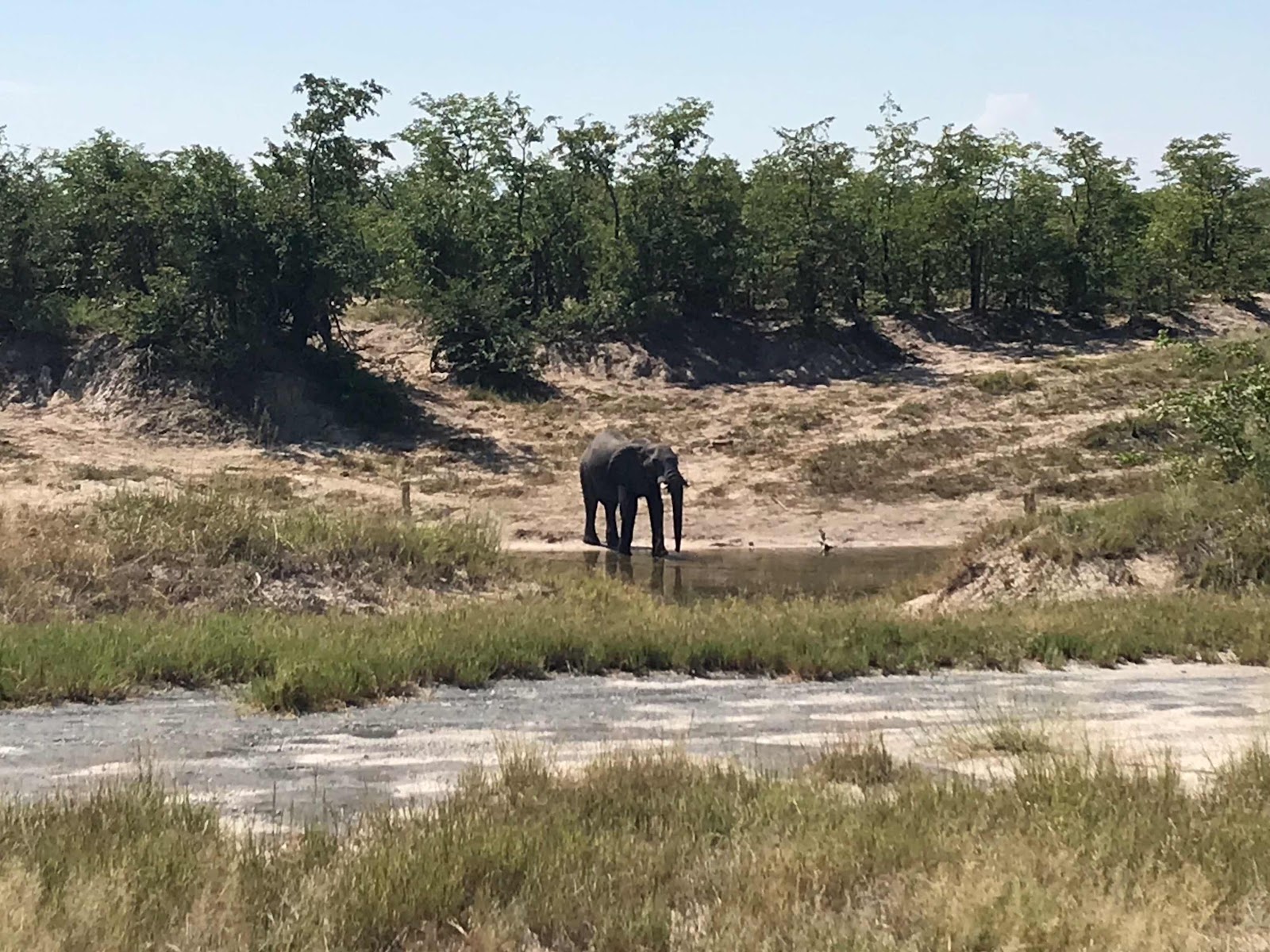 They are really around though! 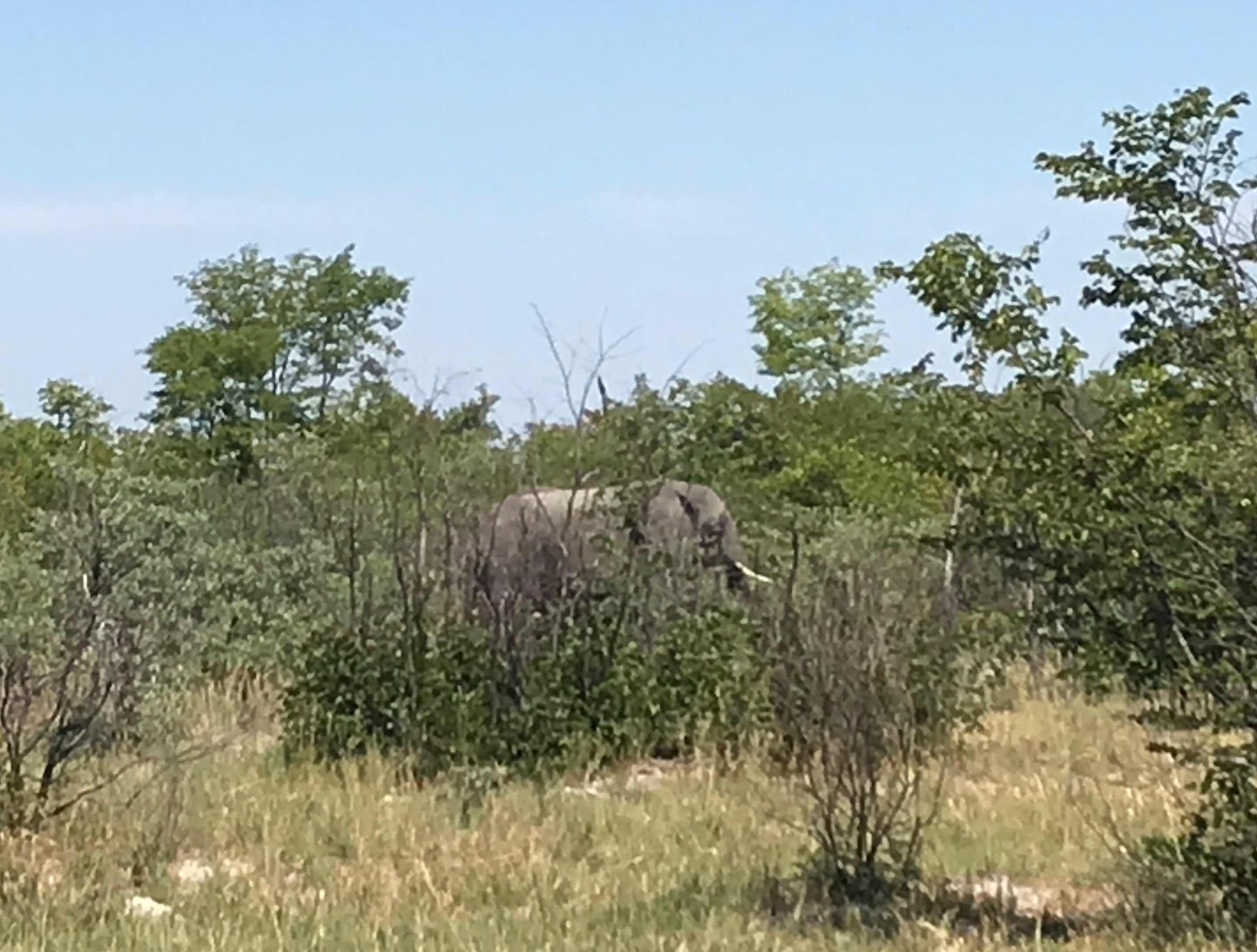 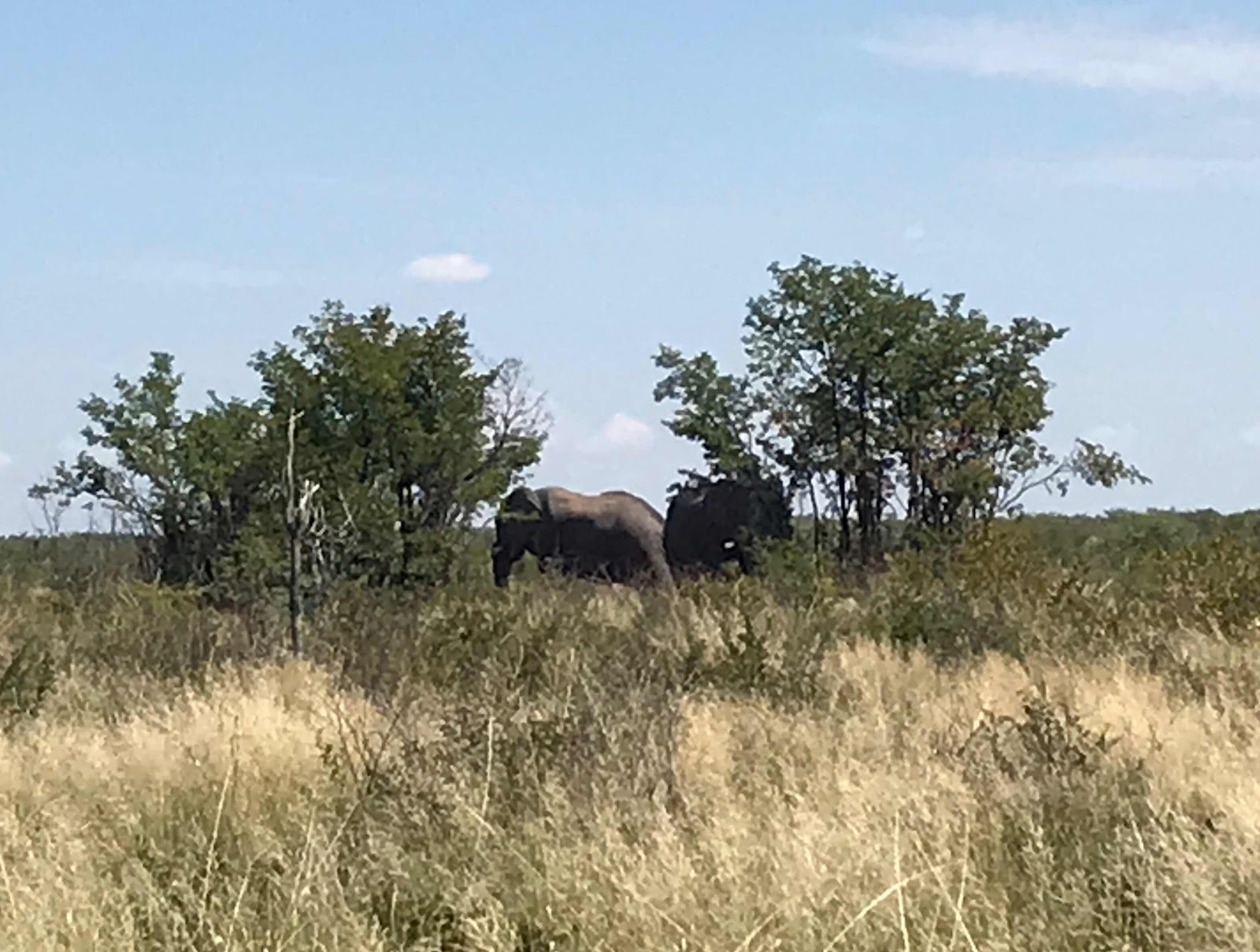 30 meter was not a safe distance though 🙂 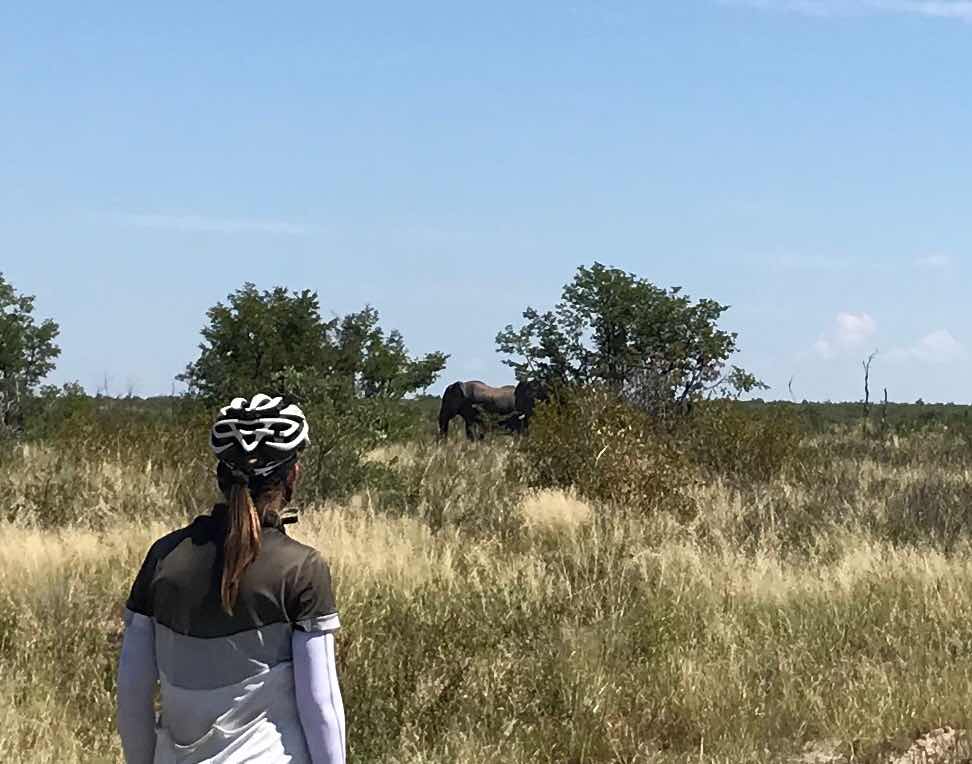 Me with the elephant! Thnx Matz! 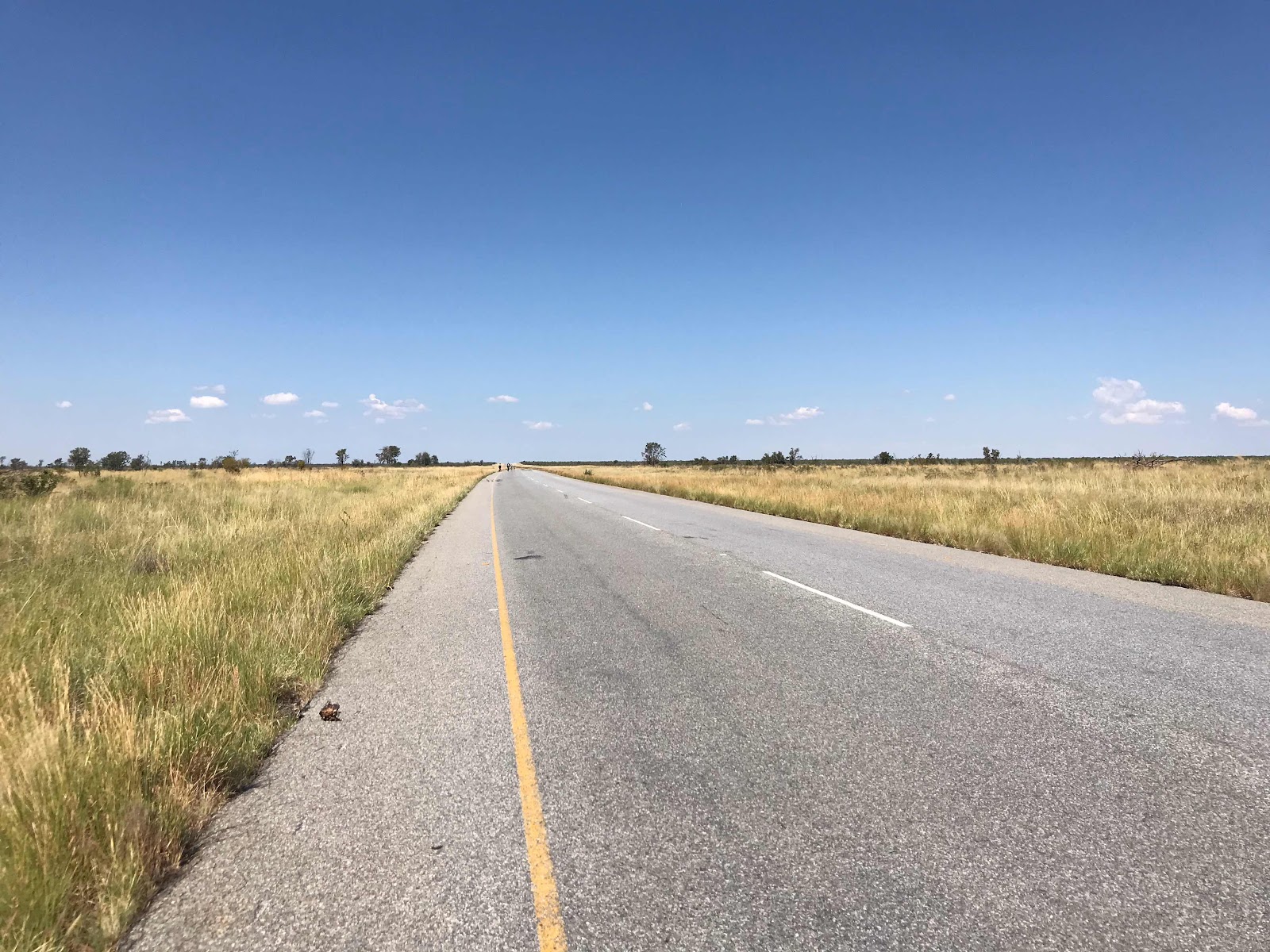 Great experience to have cycled this road!