Being the adventure capital of Africa, there is a lot of stuff to do in Livingstone, including white water rafting, and bungee jumping of the Victoria Falls bridge. Unfortunately I hang out with the wrong people on this tour, who have a bad influence on me.
Already a few weeks back Ash contacted the company that does the bungee jumping and he arranged a group discount. Ever since, Baldr, Fred, Vik and Ash have been talking about how much they are looking forward to see me jump of a bridge (with or without a bungee cord). Personally bungee jumping has never been an ambition of mine and I see absolutely no use in jumping of a bridge to dangle upside down on a rope. But the guys said it has something to do with pushing your boundaries and stepping out of your comfort zone… And I can see the use of that… So I told them that I would be crying when I would stand on the edge of the bridge, and that they would probably have to push me, but that I would join them for the jump. Just for the sake of pushing boundaries.
However a few days later I got worried about what the jump would do to my back and neck and brain and eyes and gut and joints and I told Ash to unsubscribe me again. And a few days after that I talked to Baldr and he told me how the body produces all kinds of happy chemicals to prepare your mind for a happy ending, giving you an absolute high when it turns out that you’re not actually dying. So I asked Ash to sign me up again! And off again. And on again. Untill I saw someone jump of the bridge yesterday. She went down… 111 meters. And after that she bungeed all the way up. Down again. Up again. And then my mind thought “no fucking way that I’m going to do that.”! So when I got back to camp yesterday I had a talk with Ash, appologized for cancelling so last minute, but told him that I was not going to participate in the Jump. He told me he had never signed me up to begin with, knowing that I would never make the jump 🙂
So after the relief of not having to jump of a bridge, I signed up for activities that I do like 🙂 A morning of canoeing and wildlife spotting on the upper Zambezi and a morning walking safari in the hope of finding rhino’s! However this morning it rained cats and dogs, flooding many of our riders’ tents. We met our canoeing guide, but at 900 it was still pooring. And at 1000 it was still pooring as well. So we decided to postpone the canoeing trip till tomorrow.
The prospect was that it would rain all day so I went into town to escape from our big group and to hang out at Kubu cafe, eating food, drinking tea. I was joined by Loraine, Jerome and Ash. It turned out that the group bungee was cancelled due to the bad weather as well, so there was no jumping of bridges today at all 🙂
I had a nice and quiet day. No complaints from my side whatsoever. We’ve been very lucky if it comes to rain so far, and the people here need it. The rainy season is already at its end in this part of Africa and it’s been a dry rainy season. Besides that, we didn’t have to ride today, I didn’t have to break down and pack a wet tent, and my tent has been in a great spot all day and is almost completely dry inside. So I’m looking forward to listening to the rain tick on my tent tonight, although I do hope that tomorrow will be dry and sunny again 🙂 A great first restday in beautifull wet Livingstone 🙂 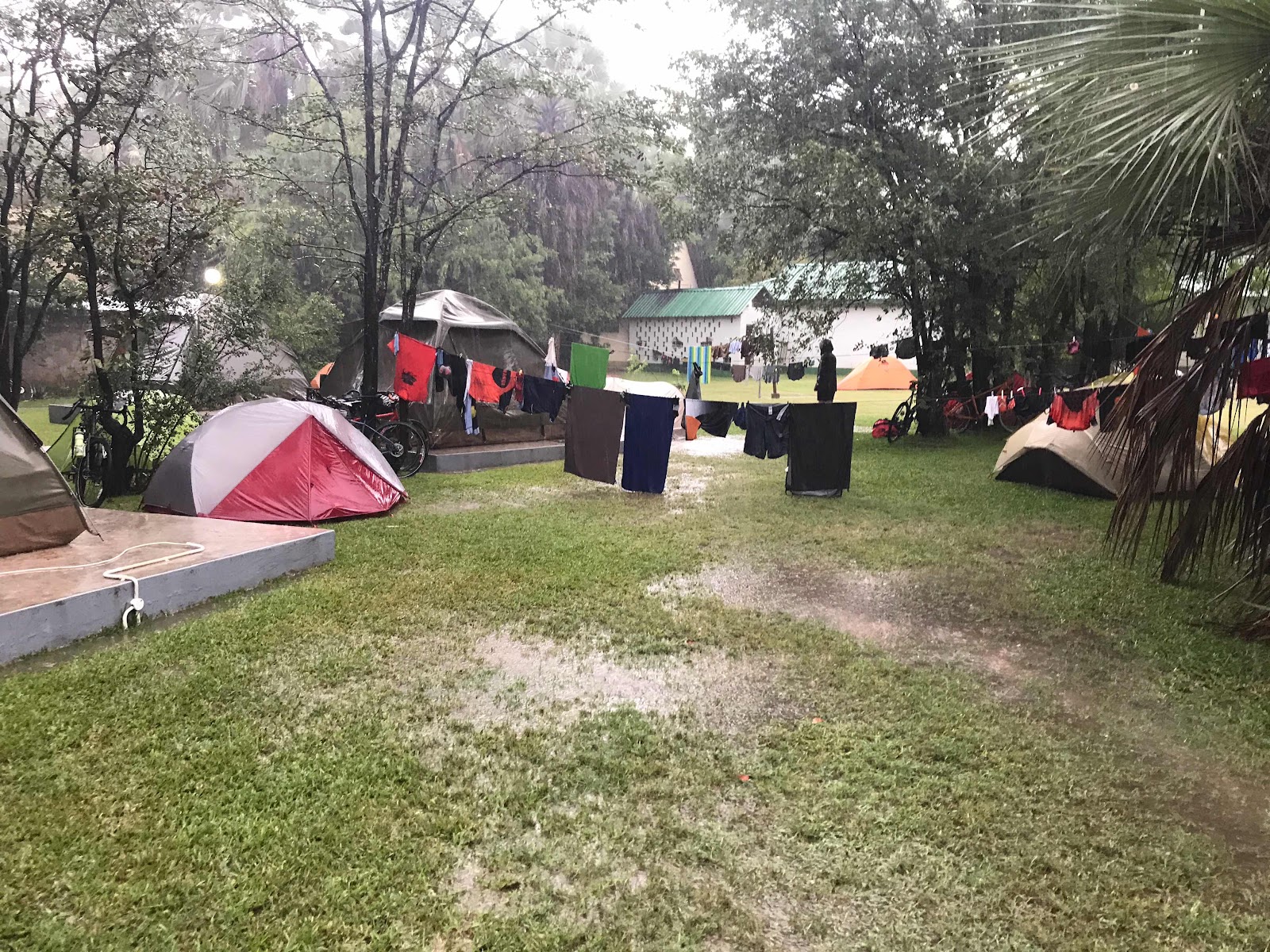 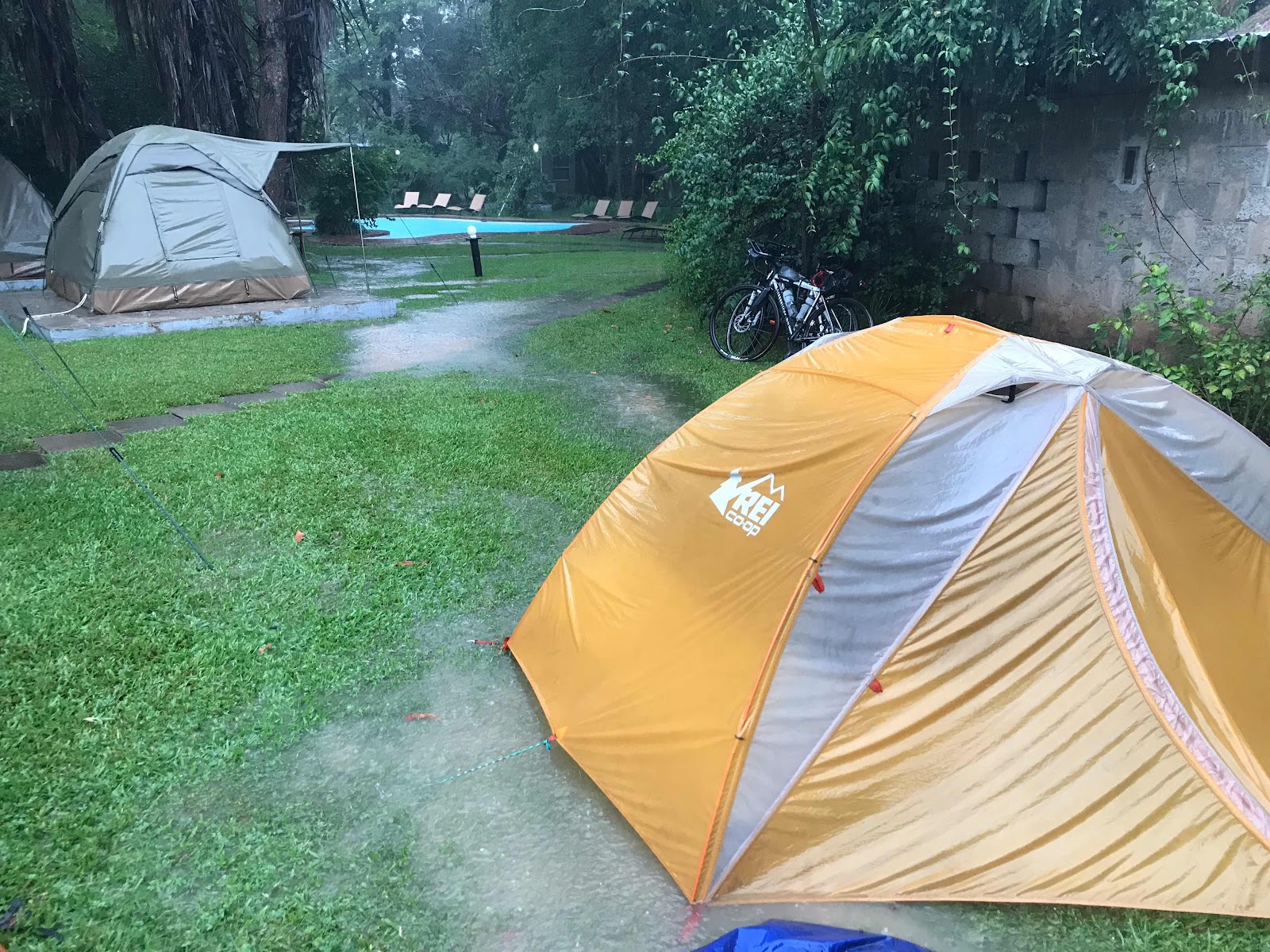 Loraine camped in some kind of river. We all felt for her and helped her move her tent to a dry covered recreation area later on the day. 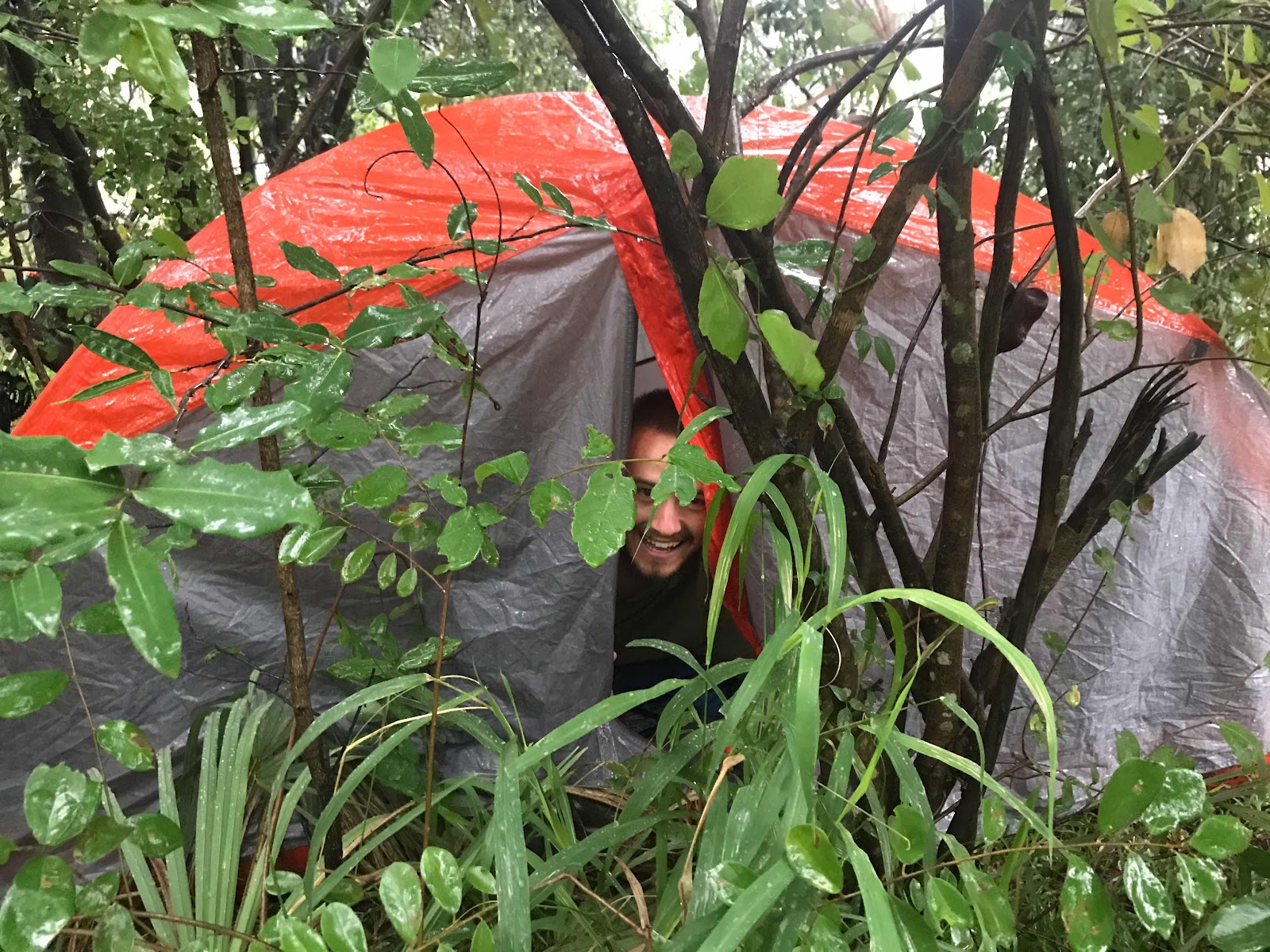 Our videographer Laundon hid in his tent all day… 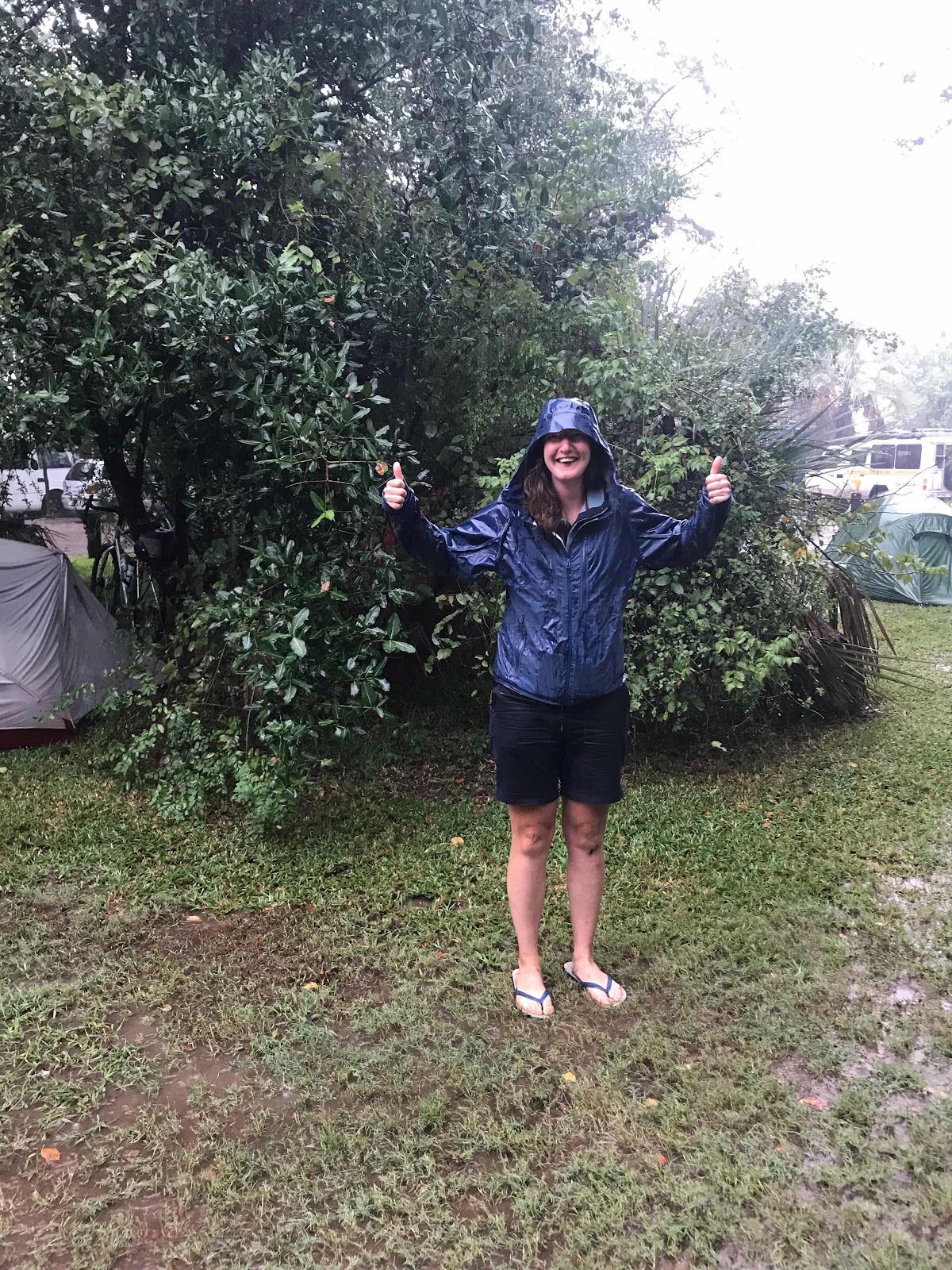 Our doc Jen just didn’t care, she just wanted to get rid of her slight hangover… 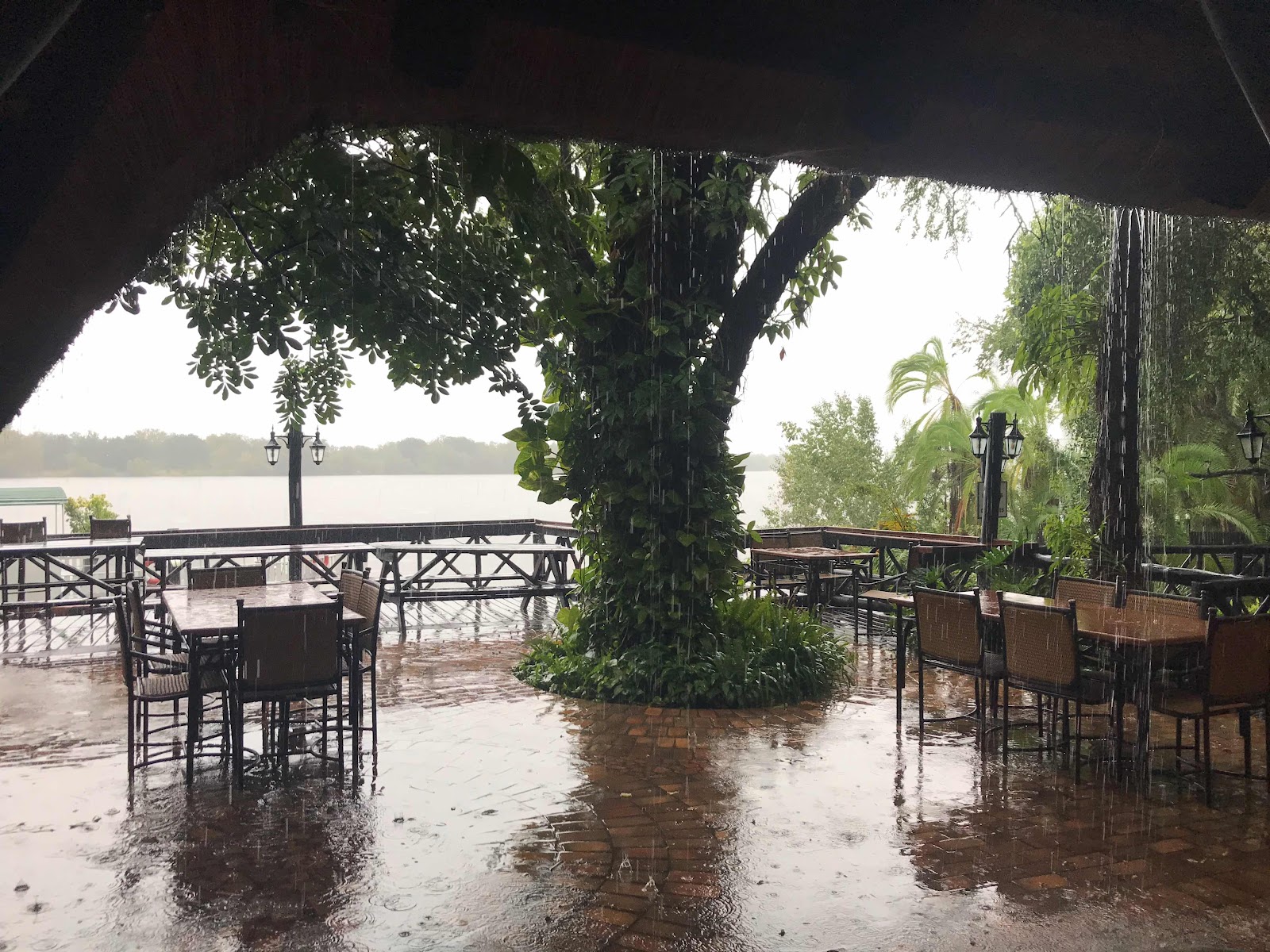 Views are still pretty good though. Only a bit wet… 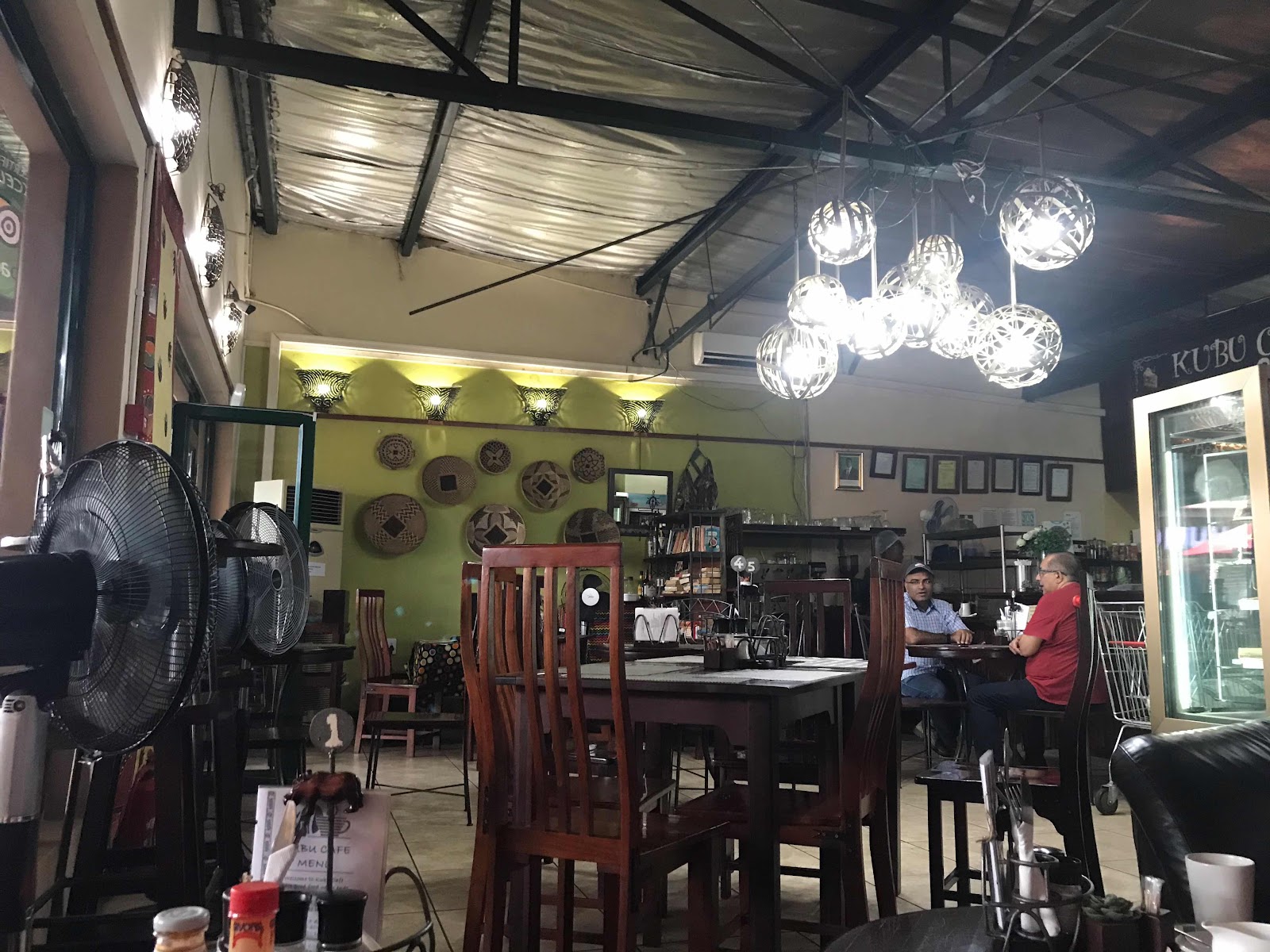 Hanging out at Kubu cafe 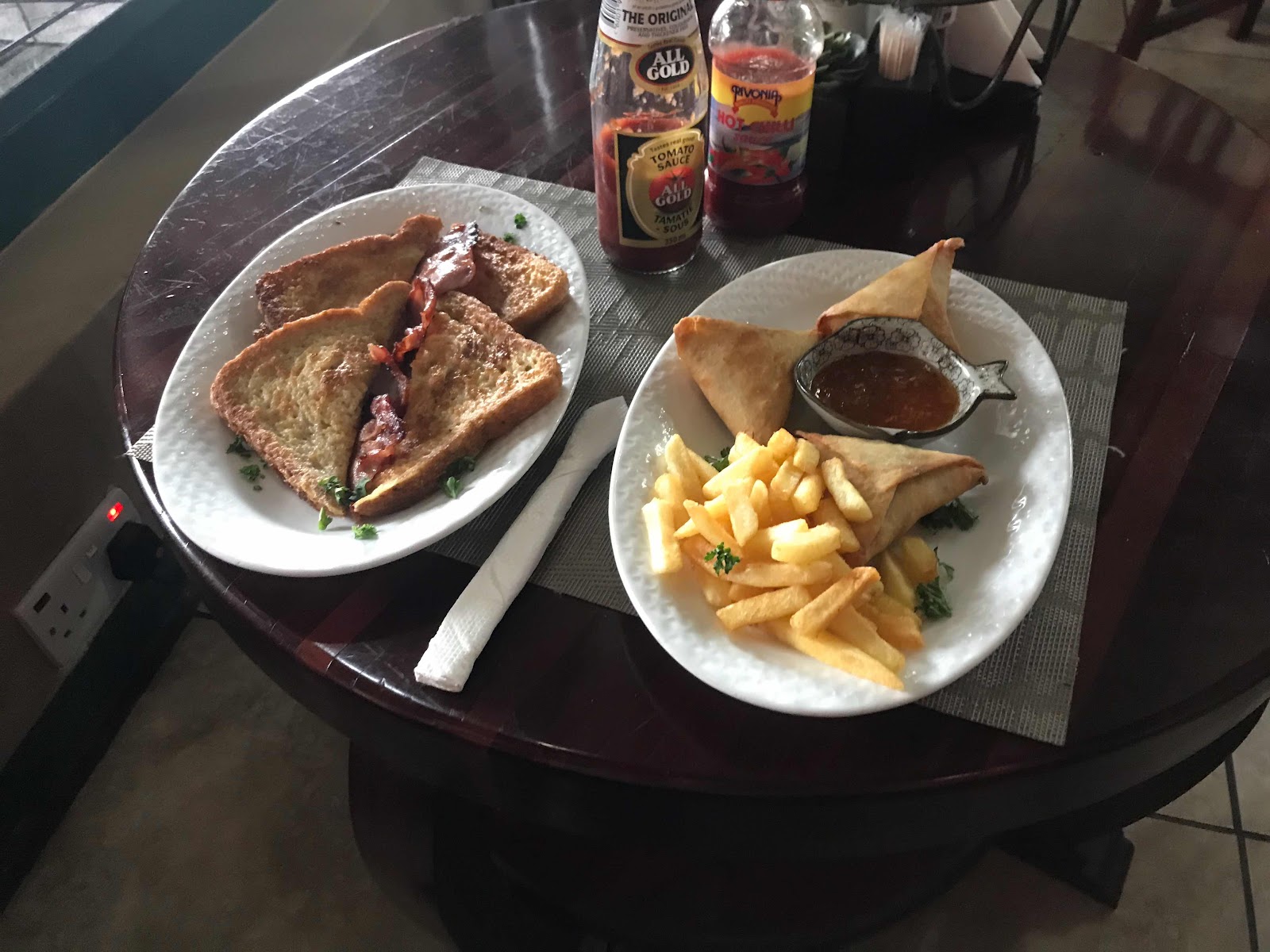 Food!
Jerome makes clips with the Go Pro on his handlebars and combined these in a short movie. It gives a nice impression of what we’re doing 🙂 thnx Jerome!