Days are getting longer. After yesterday’s 172k we did 182 today. Although it’s the longest day so far (again), at least the terrain is flatter than before. That being said, we did a 1000 meter of climbing today, mainly on false flats. I could feel it in my legs. It’s a good thing that the profile showed that we indeed were going up, otherwise I would have lost my mind 🙂

I had a nice cokestop at 40k, together with Baldr and Fred. After I left I was overtaken by Loraine. And a little later I overtook her. And after that she overtook me again. And like this we ended up riding together, each of us taking our turn in taking tbe lead. Like this, riding became much less tiring!
After lunch we continued riding like this. We overtook Jerome and he joined us in our train. After that we overtook Dan and Shirley and they joined as well. We made great time and reached the town of Choma at 137k around 1230. We stopped at a pizza place and had Icecream and cokes. It’s a shame we still had to ride another 45k, otherwise I would have had the biggest pizza they had 🙂
After the icecream stop the train continued with Jerome, Loraine, Katja and me. We made it to camp around 230. I got my tent up right before it started pooring rain 🙂 Normally I don’t like riding in trains like today’s because it doesn’t allow me to look around mucb. But today there was not much to see anyway and I rode with some people who rode at a nice pace! It made this long day quite enjoyable 🙂
Tomorrow we’ll ride into livingstone, famous for the Victoria Falls. We’ll have three restdays there, to which I’m very much looking forward after well over 7000k on the bike in a little less than 3 months. I really hope that I’ll feel a bit more human again after these three days. But first we have to ride another 152k. However, tomorrow the false flat is downhill, so I should be oke! 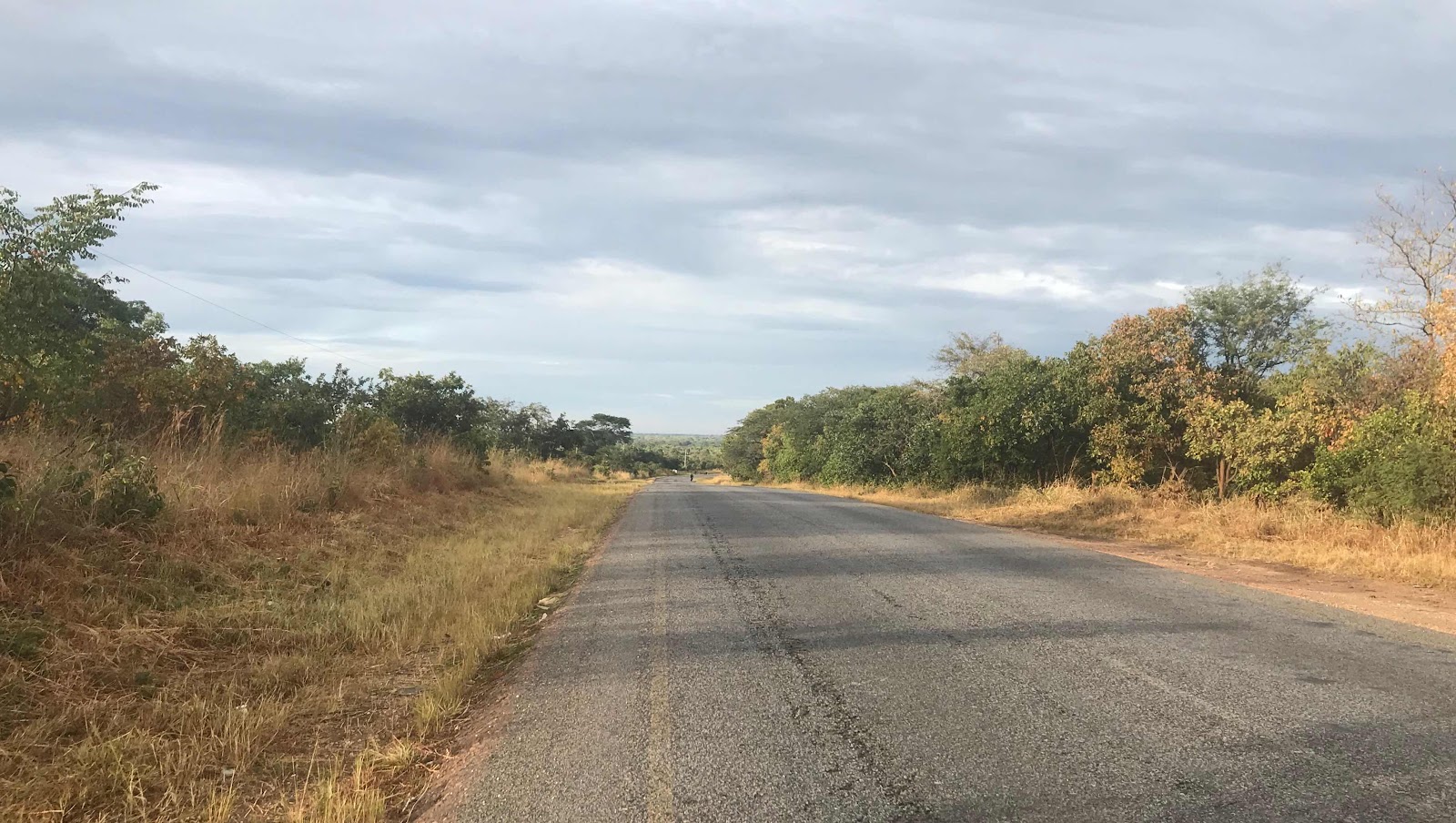 Views were like this for most of the day… 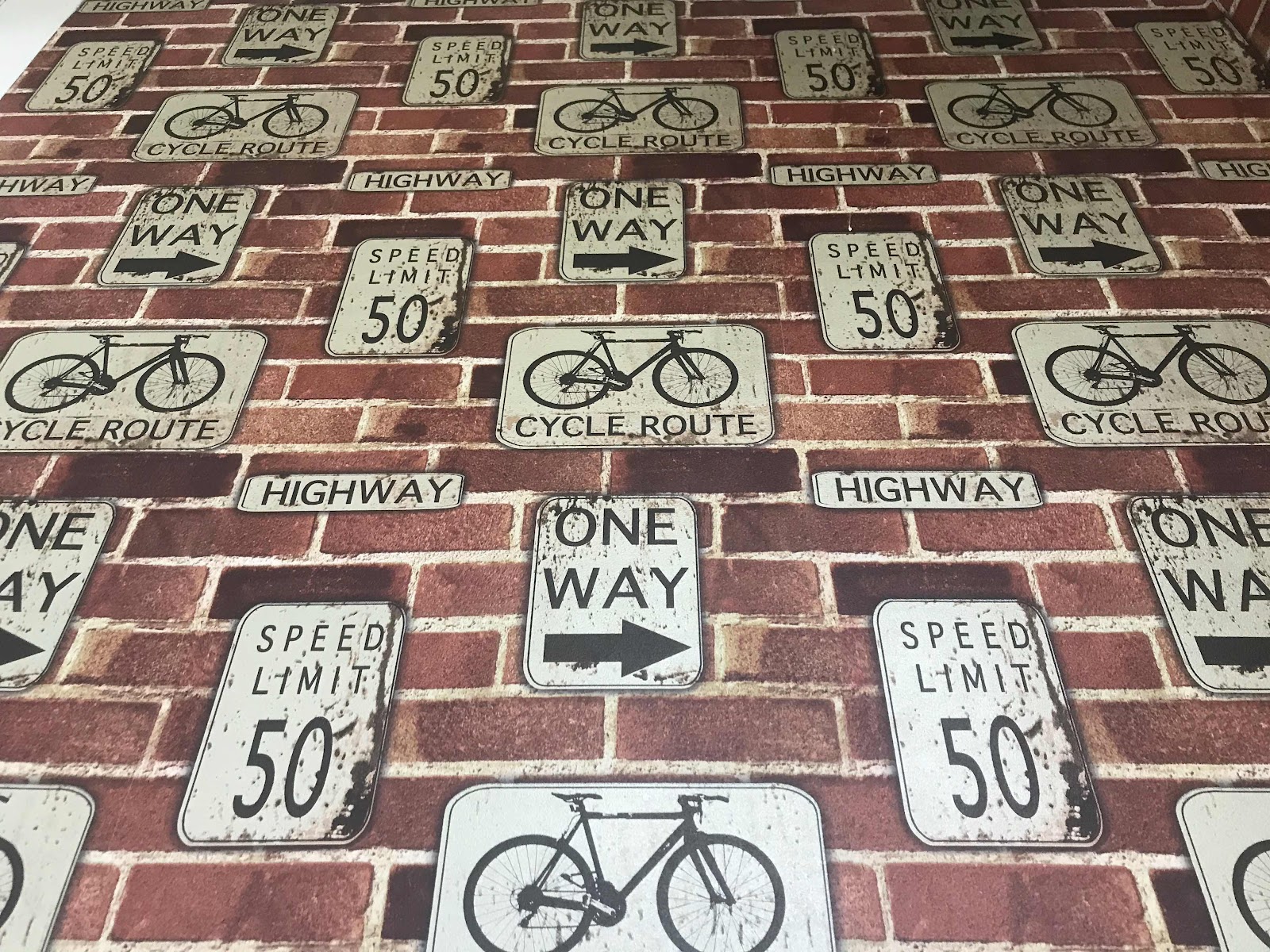 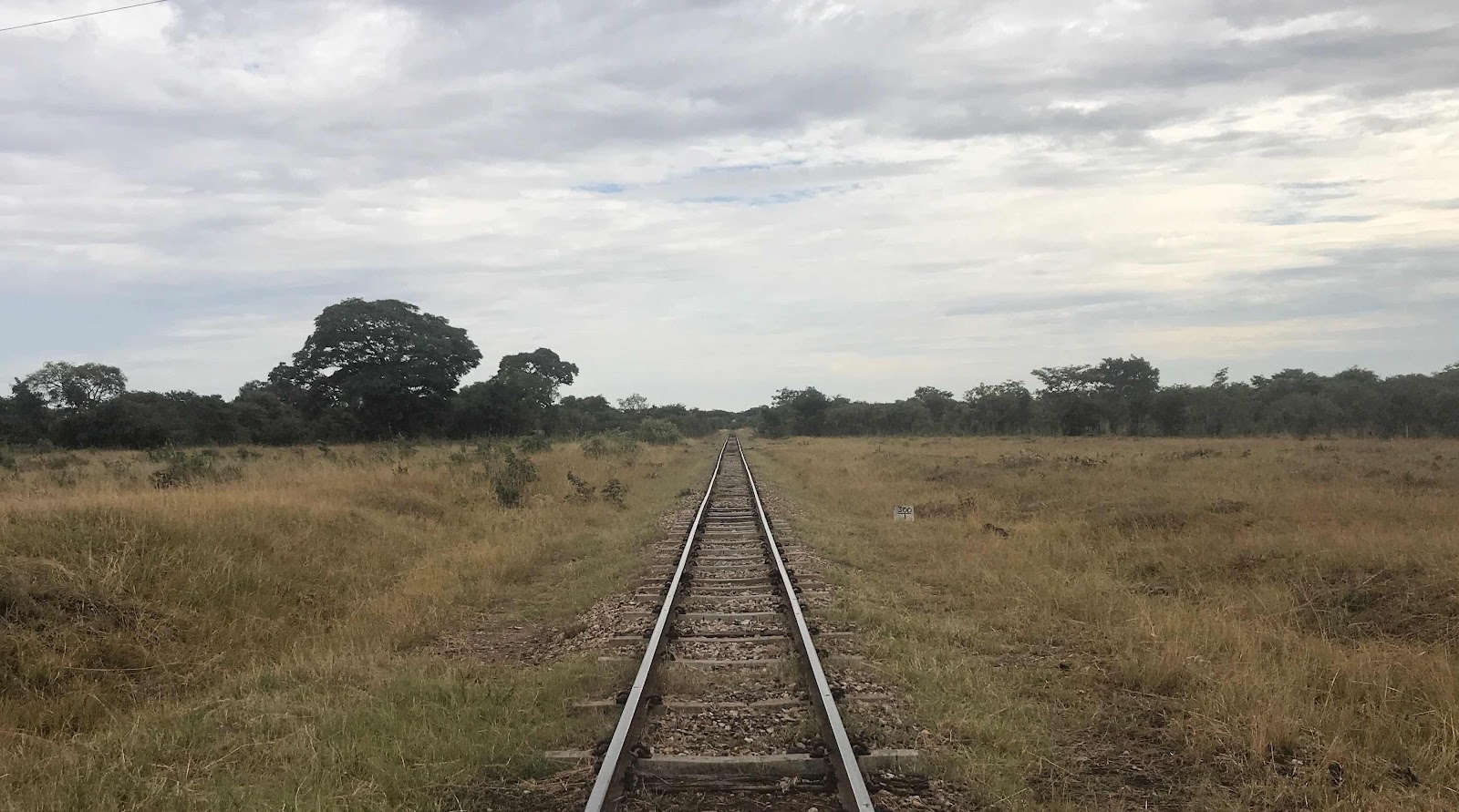 We passed a railway somewhere 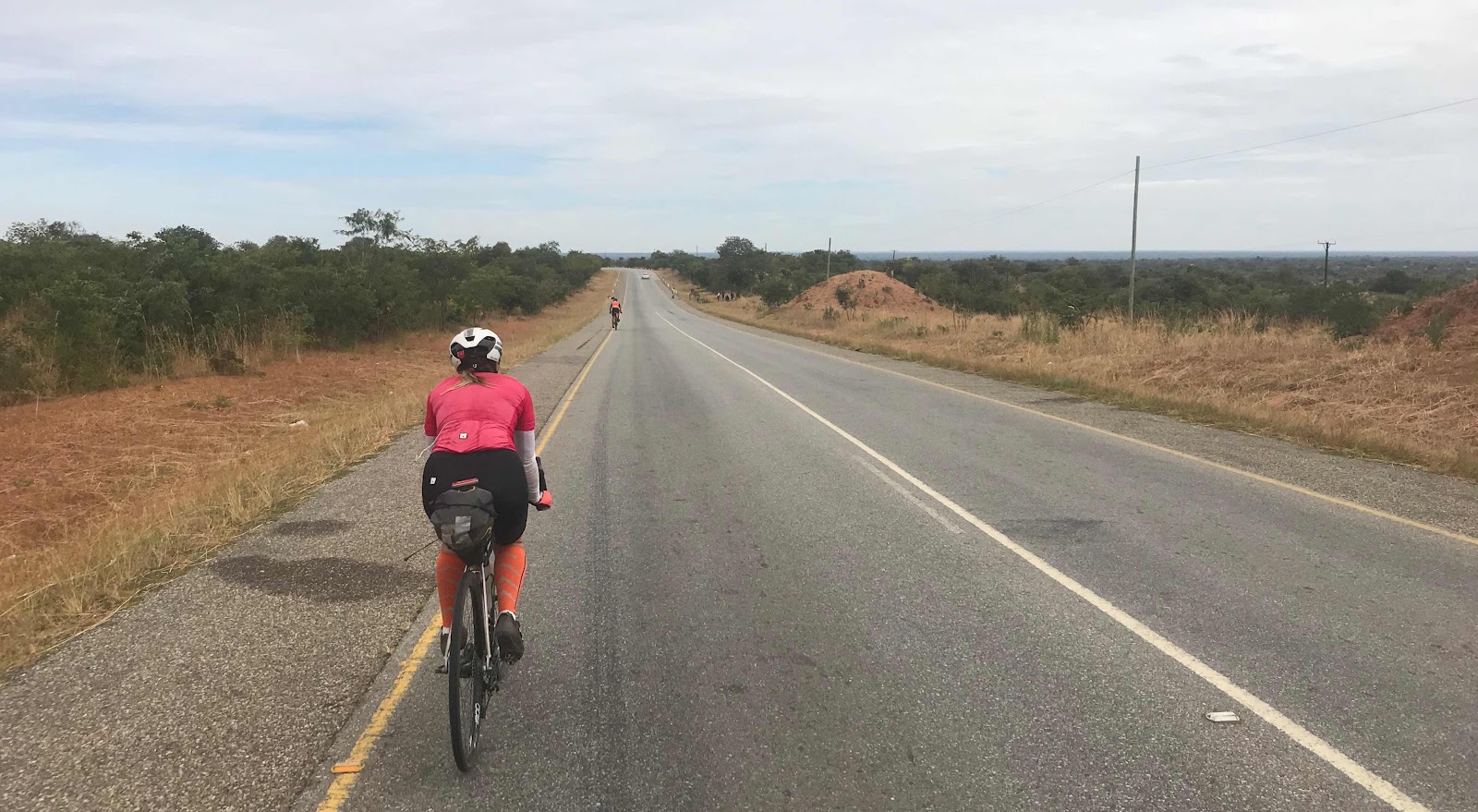 Riding behind Loraine, overtaking Jerome in the distance… 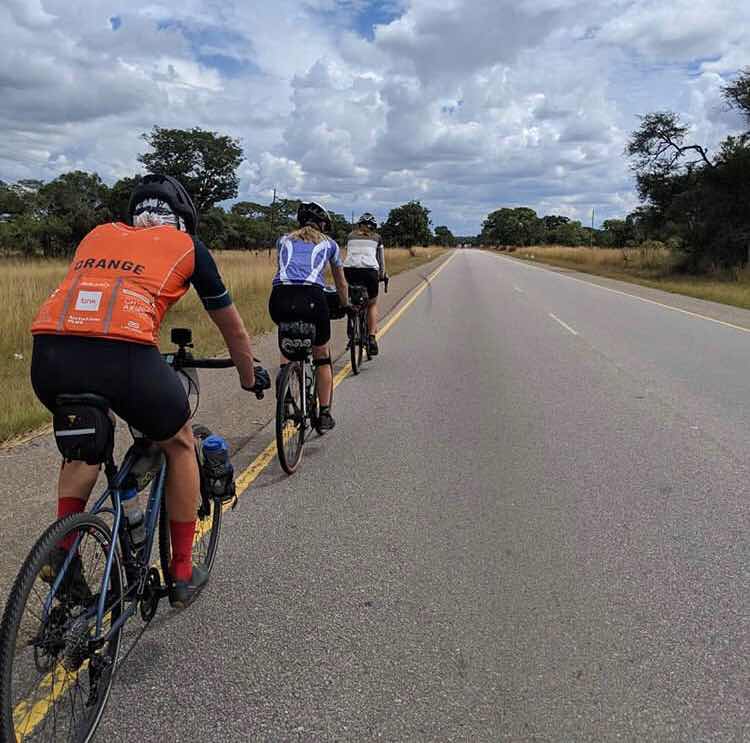 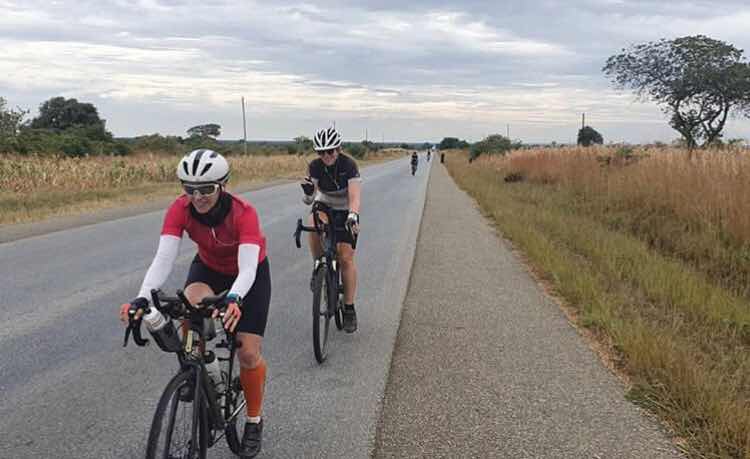 Waving from the train!