Our last day of riding in Kenya today, making our way from Nairobi to the border with Tanzania. A 160k ride. I’m always a bit daunted by these long distances. I’m not sure why though, because I did it often enough by now. Maybe it’s because I know that long days can be tough days. On the other hand: short days can be tough days as well 🙂

Either way I made it out of camp as early as possible and made my way through busy Ethiopian traffic, playing chicken with the oncomming traffic that was overtaking other oncomming traffic on my side of the road. Some Kenyan drivers are relentless though, so I had to divert to the crappy shoulder every now and then. After some 25k we left the crazy city traffic behind and things became much more easier. Not for long though, because we hit a long stretch of off-road, with very poor road surface. My bike likes those kind of roads. And so do I. So although it’s not easy cycling, it’s fun cycling 🙂 So i made it through this section with a smile on my face and I overtook many of the normally faster riders, making it 4th to lunch at 75k!
After lunch I intended to take it slower, but the roads were so good that I flew. I took two cokestops though, to break up the last 85k. One at 107 and one at 146. After the 2nd cokestop it was only 14 more k to camp and I made it there undamaged, comming in 4th again, together with Andrew. Unfortunately not everybody made it in undamaged. A total of 5 people fell of their bikes today. One dislocated his elbow and will be out of the running for 4 weeks. Another damaged her front wheel which needs to be replaced before she can ride again. The others seem to have gotten away with just a scare. In any case, it shows again that its not easy what we are doing and that accidents are luring.
Tomorrow morning we’ll cross into Tanzania, our fifth country of the tour. Time to say goodbye to Kenya: I liked all the colorfully painted shopfronts throughout the country. I liked that their main telecom providor is called Safaricom. I liked the big herds of camels in the north. I like the big contrasts between the dry flat lowlands and the green and lush mountanous highlands. I liked that life seemes to concentrate in enclaves around these highlands. I liked the climate in the highlands; cool air, warm sun, overall nice temperature. I liked all the wildlife we saw; the giraffes, the elephants, the buffalos, the baboons, the monkeys. I liked the kindness of people; often saying welcome, making you indeed feel welcome. I liked that we crossed the equator on our bikes. I like that we got to camp on actual grass again and that we got just a little bit of slack from the harsh camping we did in Egypt, Sudan and Ethiopia. I liked the cider as a good alternative to wine 🙂
Goodbye Kenya. Tanzania; be prepared 😉 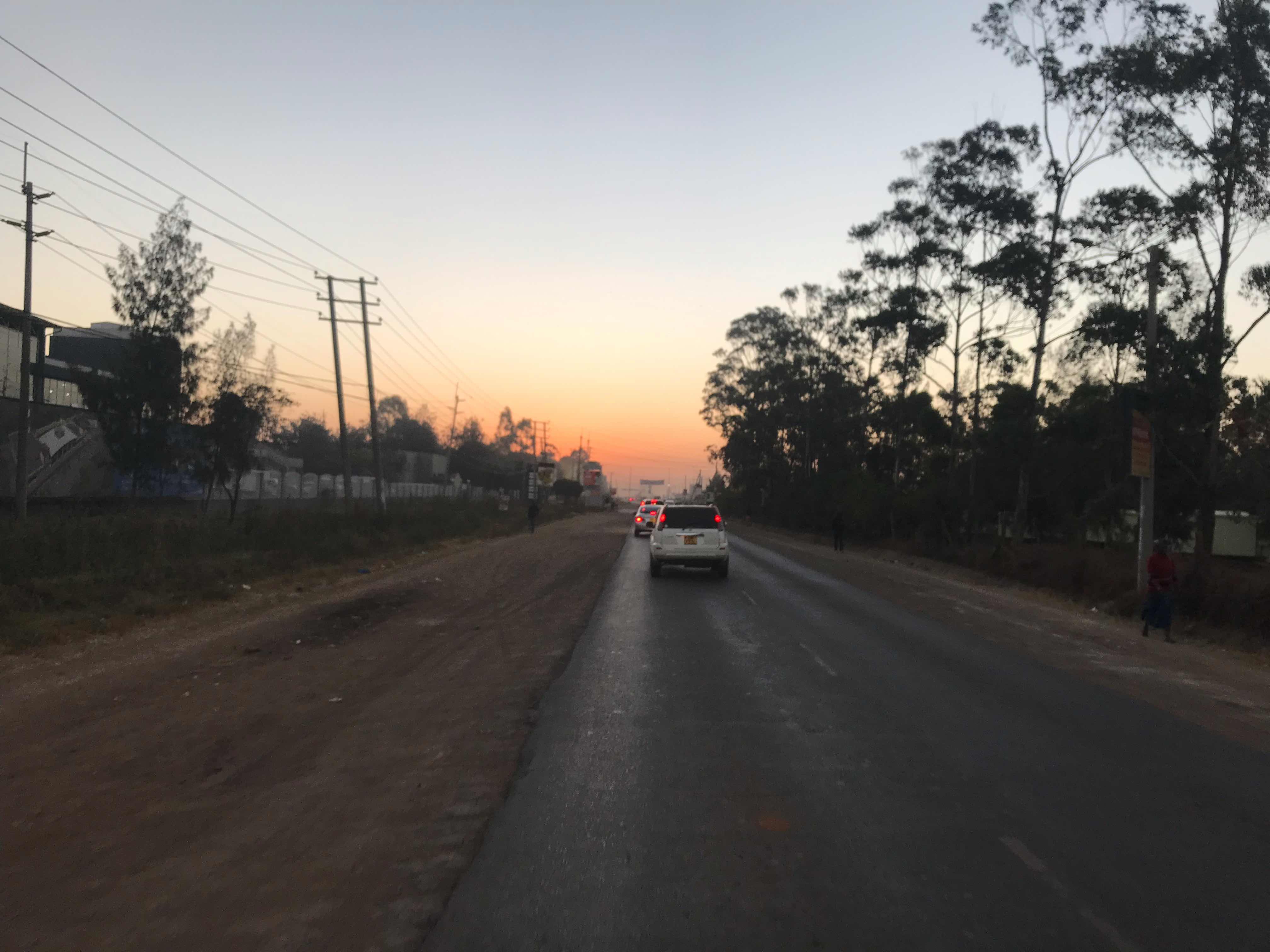 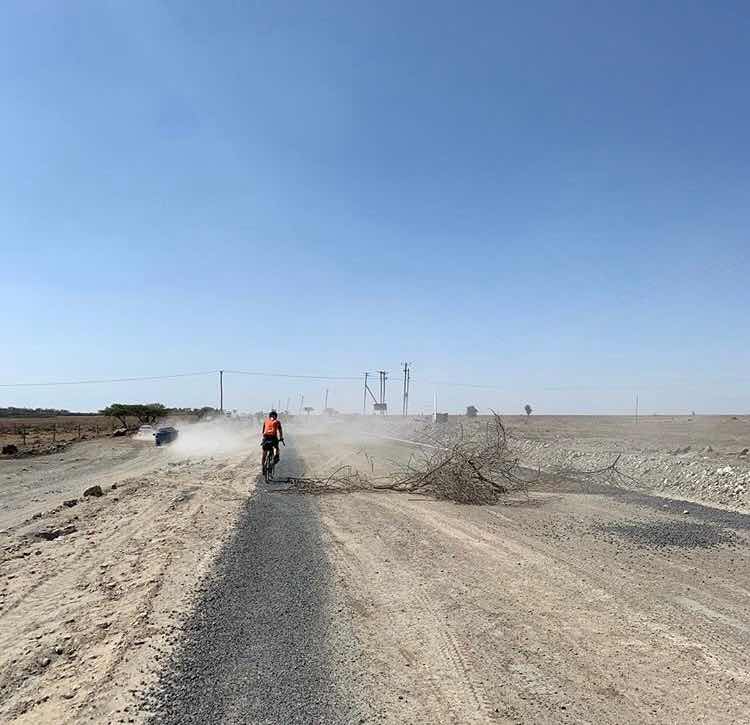 And after Nairobi traffic followed some proper roads… 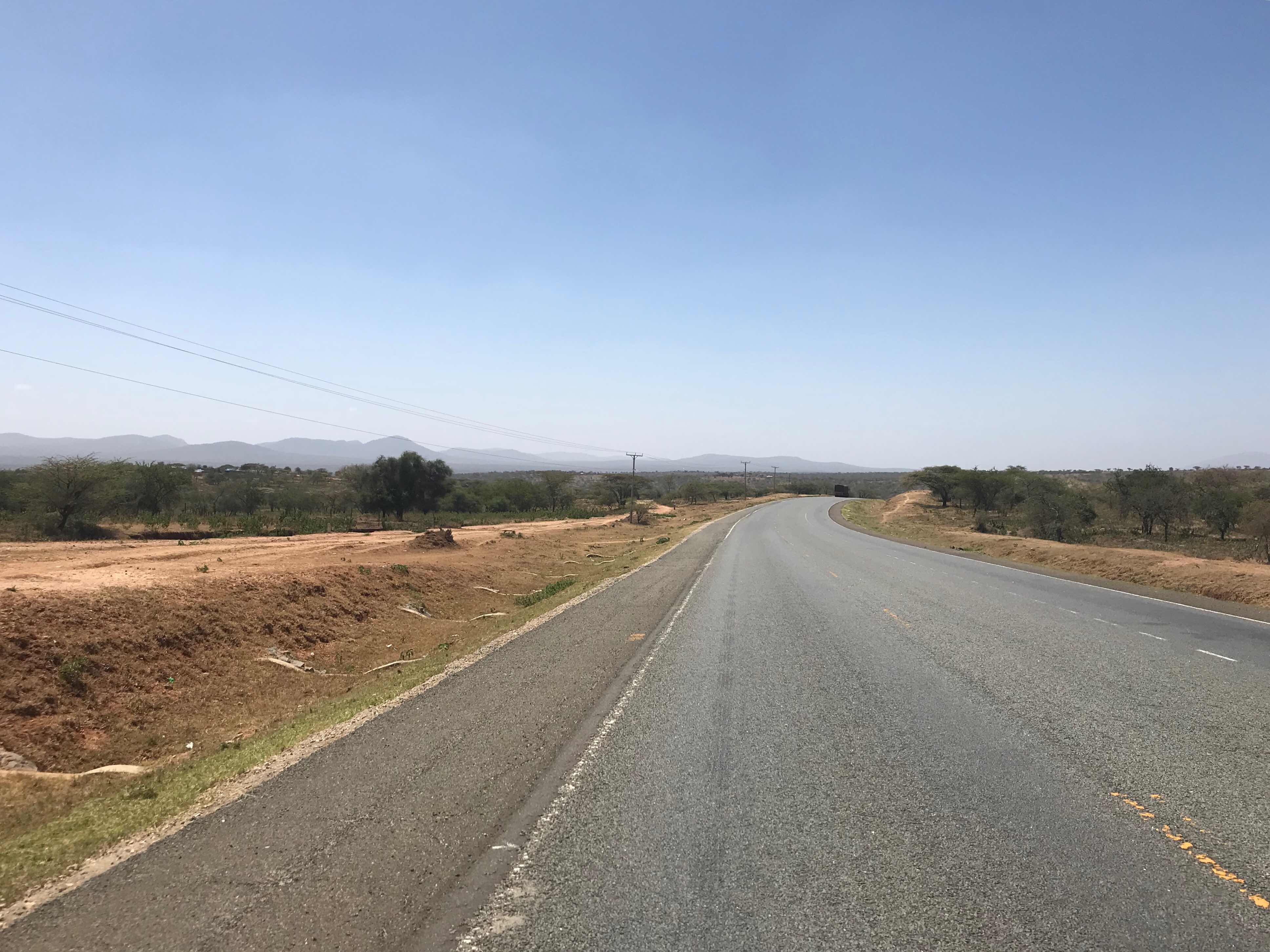 But after lunch silky smooth roads 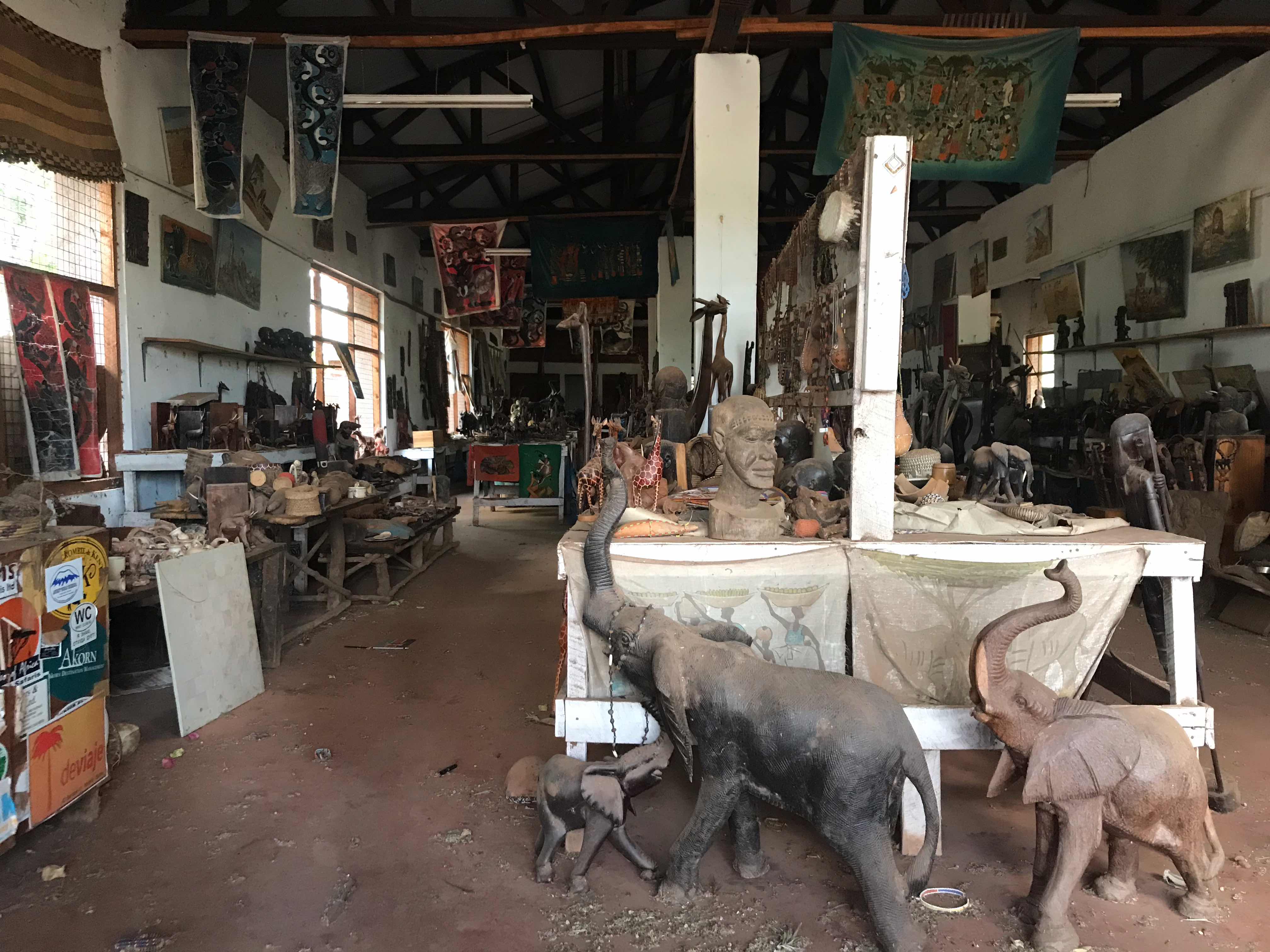 And we camped at this deserted souvenir shop! Unfortunately we couldn’t get it, they had some neat stuff…