I like restdays… and my bum likes them too. Today I woke up at 5 and had a bathroom visit. After that I crawled back into my tent and fell asleep again, and the next time I woke up it was 8! I never wale up at 8, not even back at home!

I lazed around a bit longer but soon it became to warm inside, so I gathered my stuff and took a long long shower, which was especially appreciated by my bum – which after passing the 4000k mark yesterday (yay) – just deserves a little extra attention and a good a scrum.
After the shower I went out for breakfast, but halfway through my banana pancake it became clear that just the banana pancake would not suffice, so I ordered some eggs and bacon and sausages and fried tomatos and toast as well.
At 10 I left with Ash, Tom, Bob, Gerry and Lenore to visit the Elephant orphanage in the Nairobi national park, which was great! In the orphanage they raise baby elephants that lost their family due to poachers or drought or other reasons, with the aim of releasing them back to the wild once they are able to take care of themselves. The age of the 11 elephants we saw today varies between 1 and 3 years and we saw them drinking milk, drink water, play with eachother, play with the audience and eat branches and leaves. Besides the 11 elephants the orphanage currently also takes care of a 3 months old rhino, which was rejected by its mother when it was only a few days old. It was really really really very cute, darting around and stuff! (Yes this is me talking again) Hard to believe that this little cute thing will grow up to become rhis full scale 1:1 sized rhino though…
After the elephant orphanage we moved on to the giraffe center. Halfway there our taxi ran out of fuel though, so all us Mzungu’s (white people) helped to push the car from the road. This Is Africa. TIA. We must have looked pretty stupid though, being former imperialists and stuff. After the taxidriver had hitched a ride to the petrol station and back we were good to go again! The giraffe center was nice as well. We got to feed the giraffes and we even got to kiss a giraffe. It was pretty cool to see these magnificent creatures up close! Another good thing about the giraffe center was that they had burgers… (not giraffe burgers though)
After the giraffe market I went to the mall again to get some more mobile credit and I strolled a bit over the nearby local Masai market, where they had a very impressive collection of antique ceremoninal Masai masks! After the market it was time for more burgers, a milkshake and brownies. It’s just unbelievable how hungry a person can become 🙂
Now I’m back at camp, taking it easy, drinking cider, talking, laughing, sleeping, etc! Tomorrow we ride again! Two days untill we reach Arusha in Tanzania. That’s when I’ll do the real safari! Just some 280k of pedal strokes away… 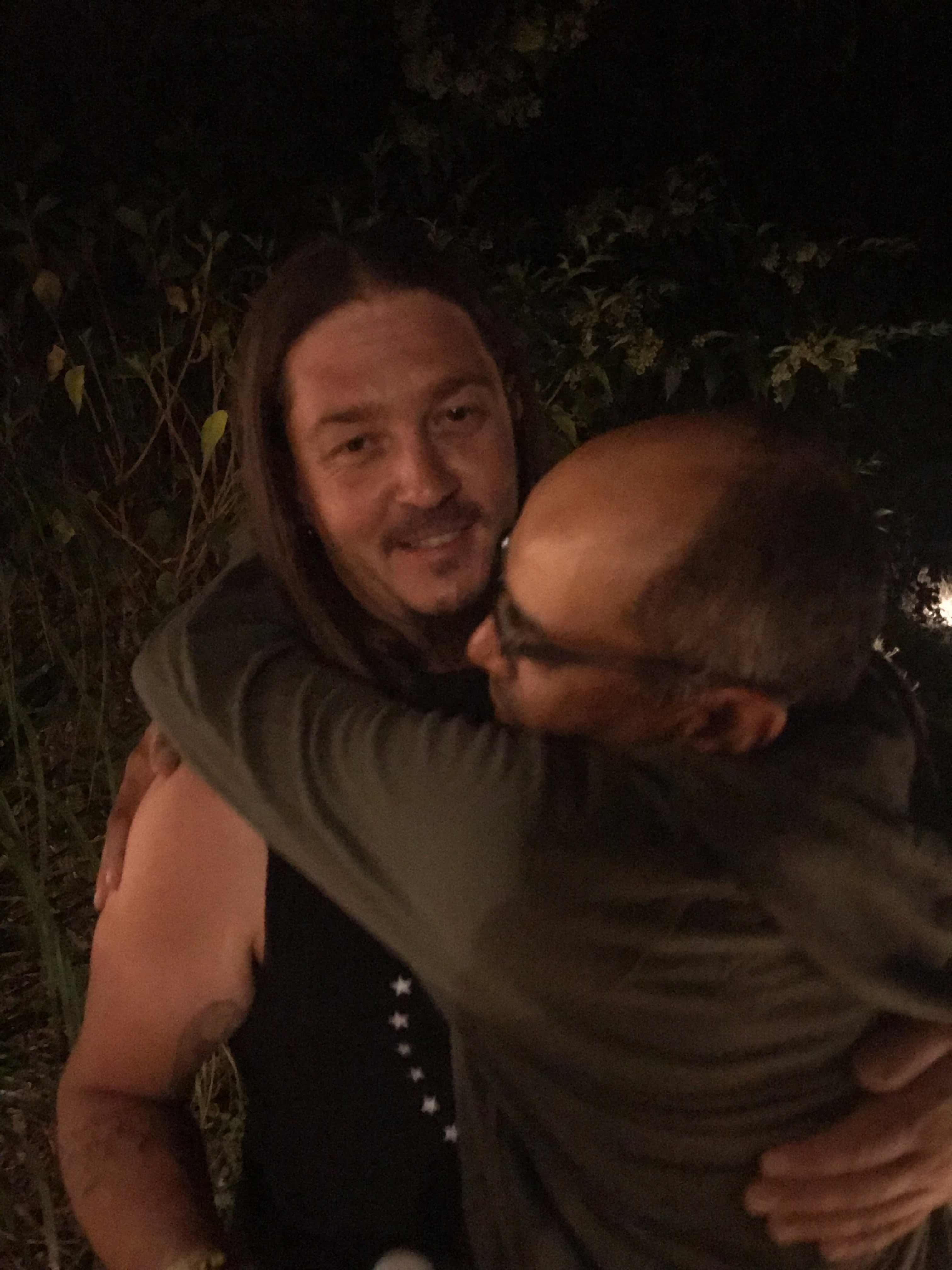 Vik’s in love with Tallis 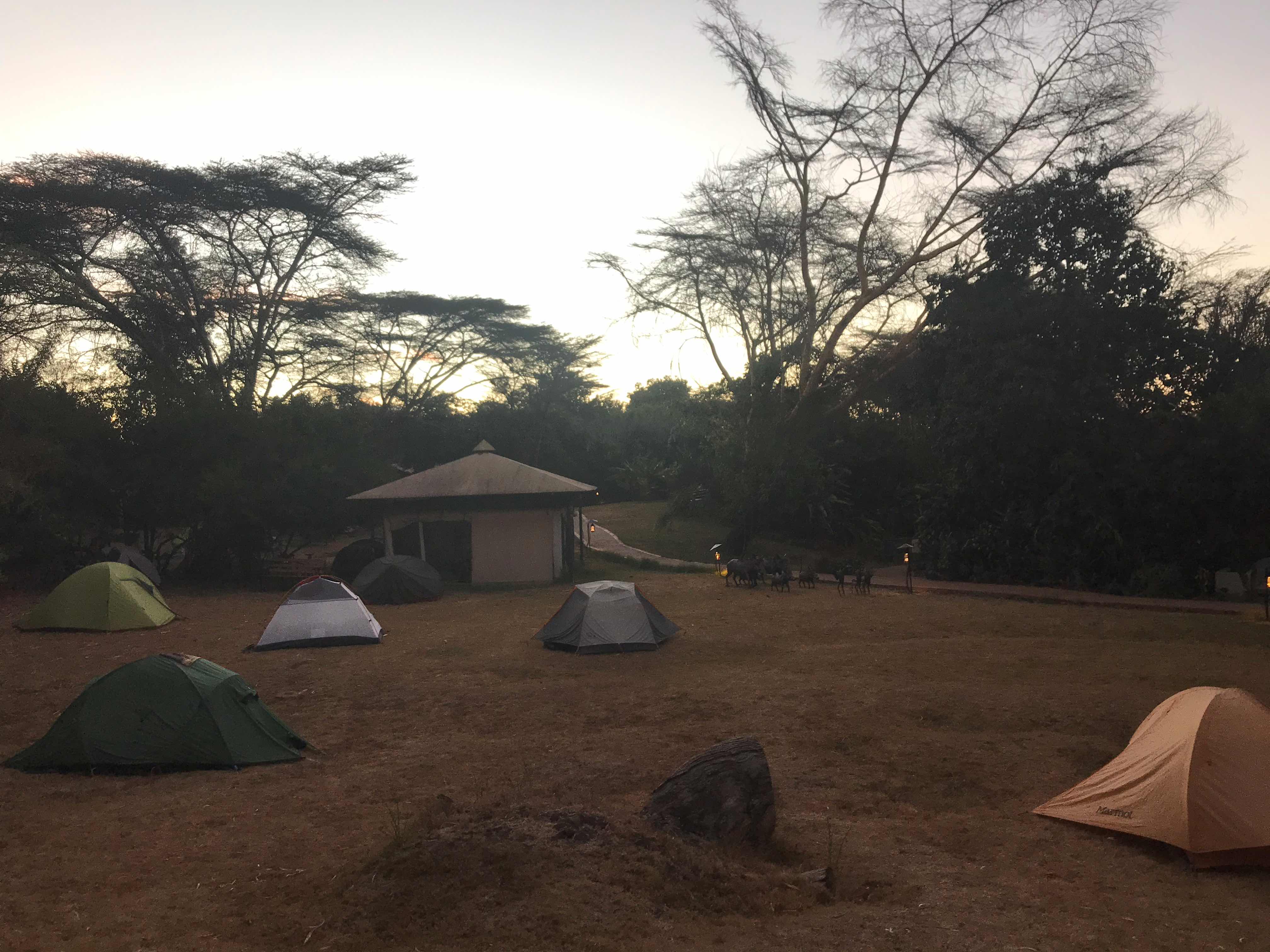 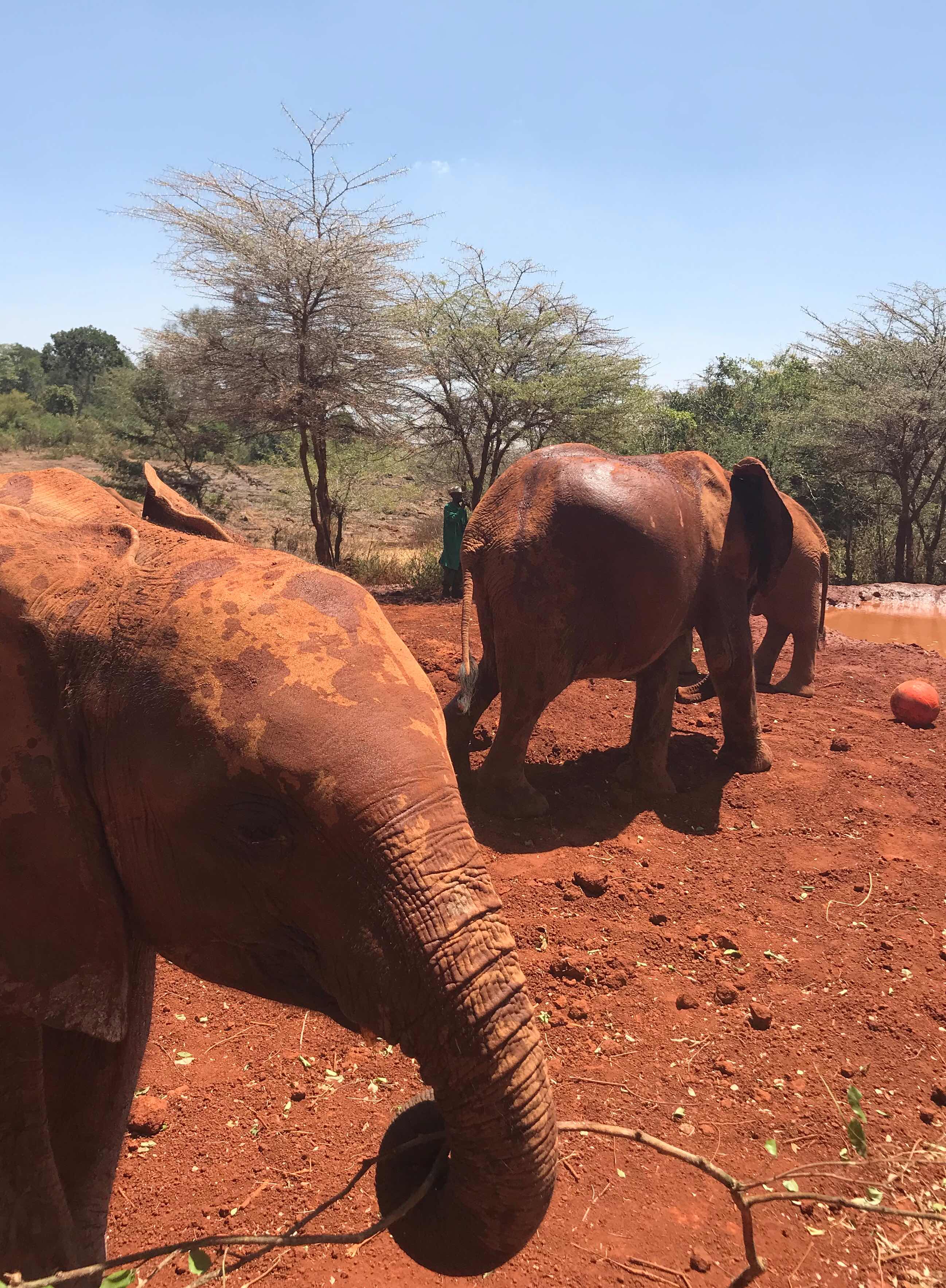 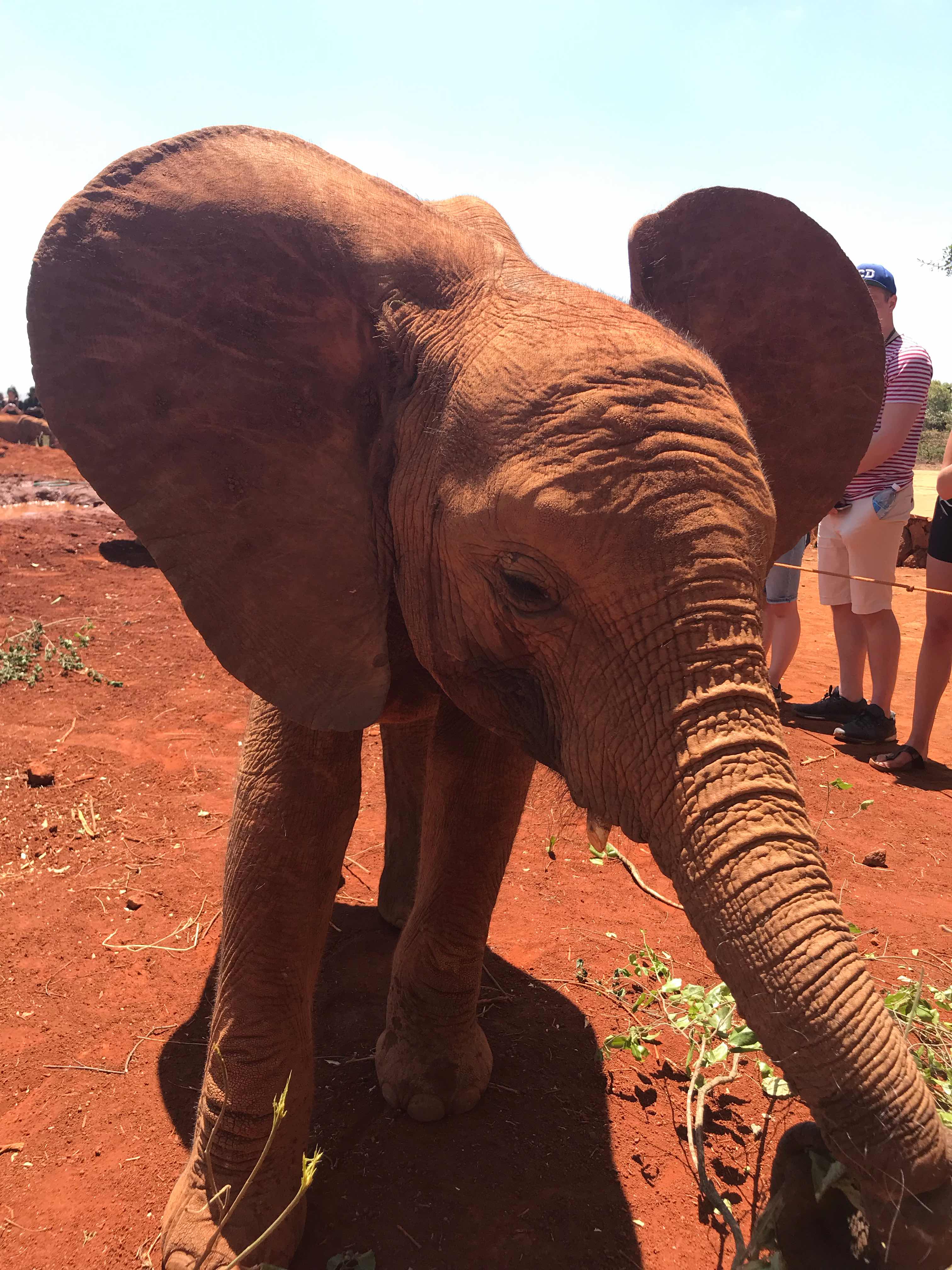 Forget about the Asian ones. This is the real deal, with properly sized dumbo ears! 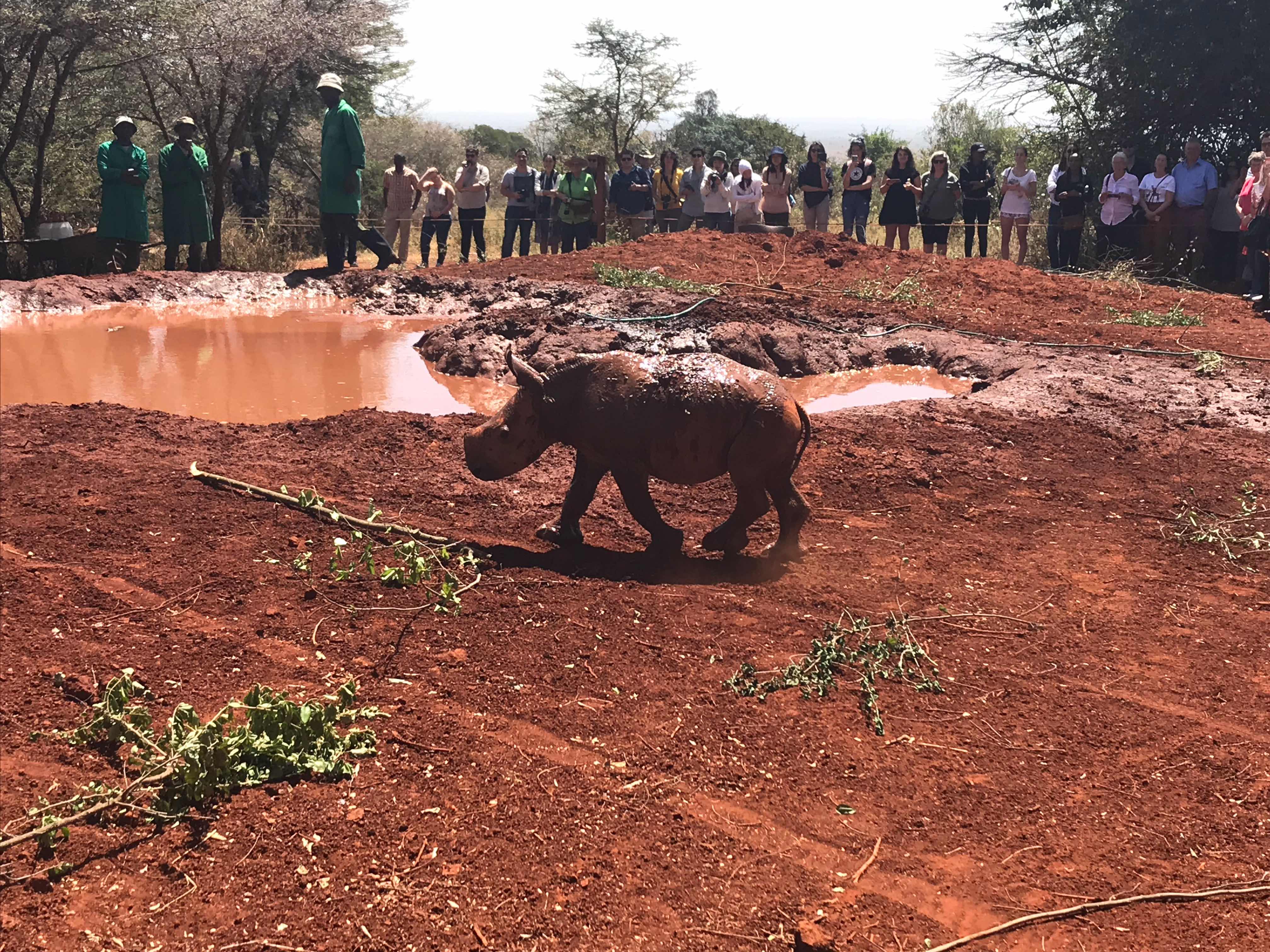 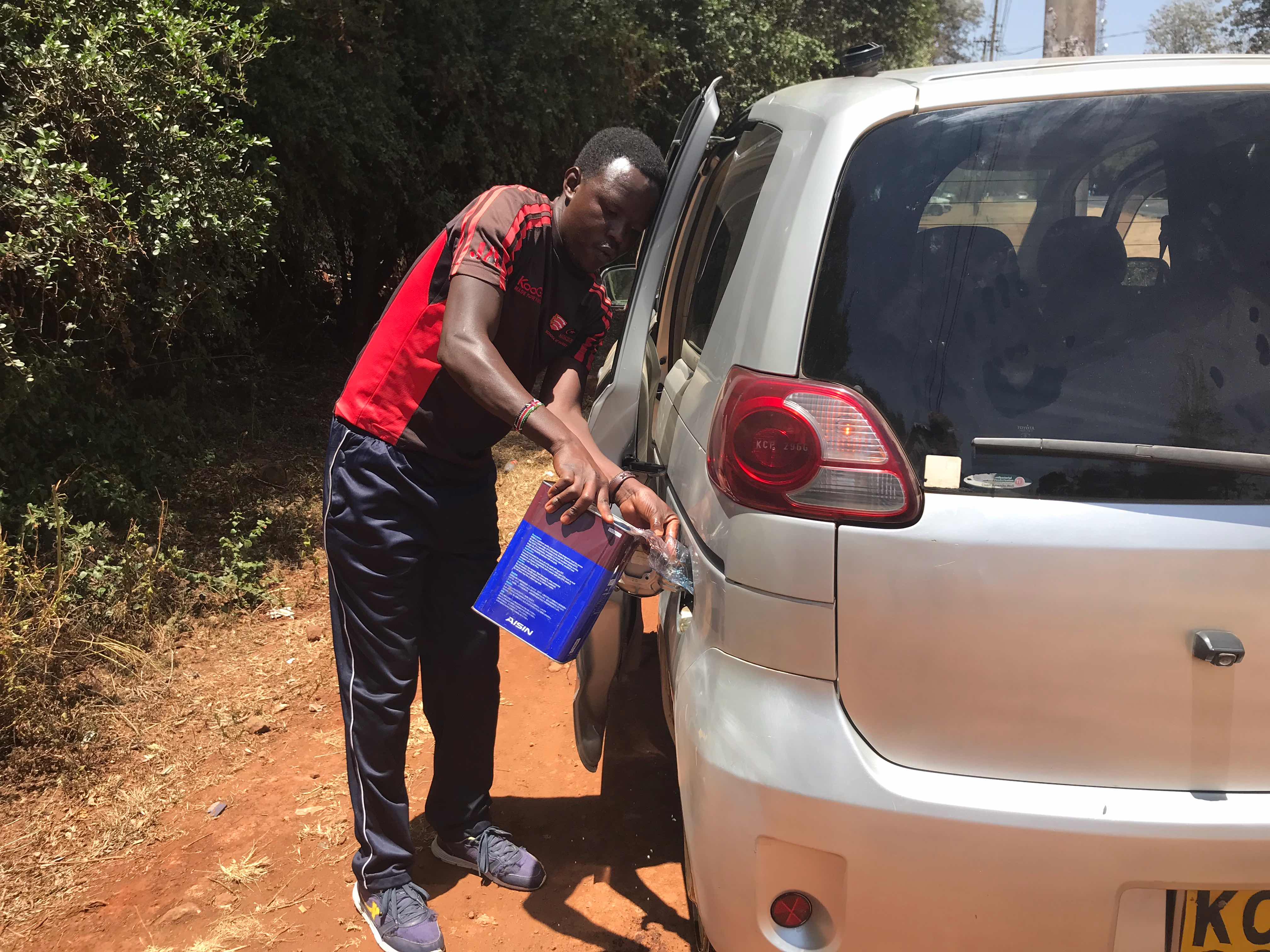 Filling up the fuel on our way to the giraffe center 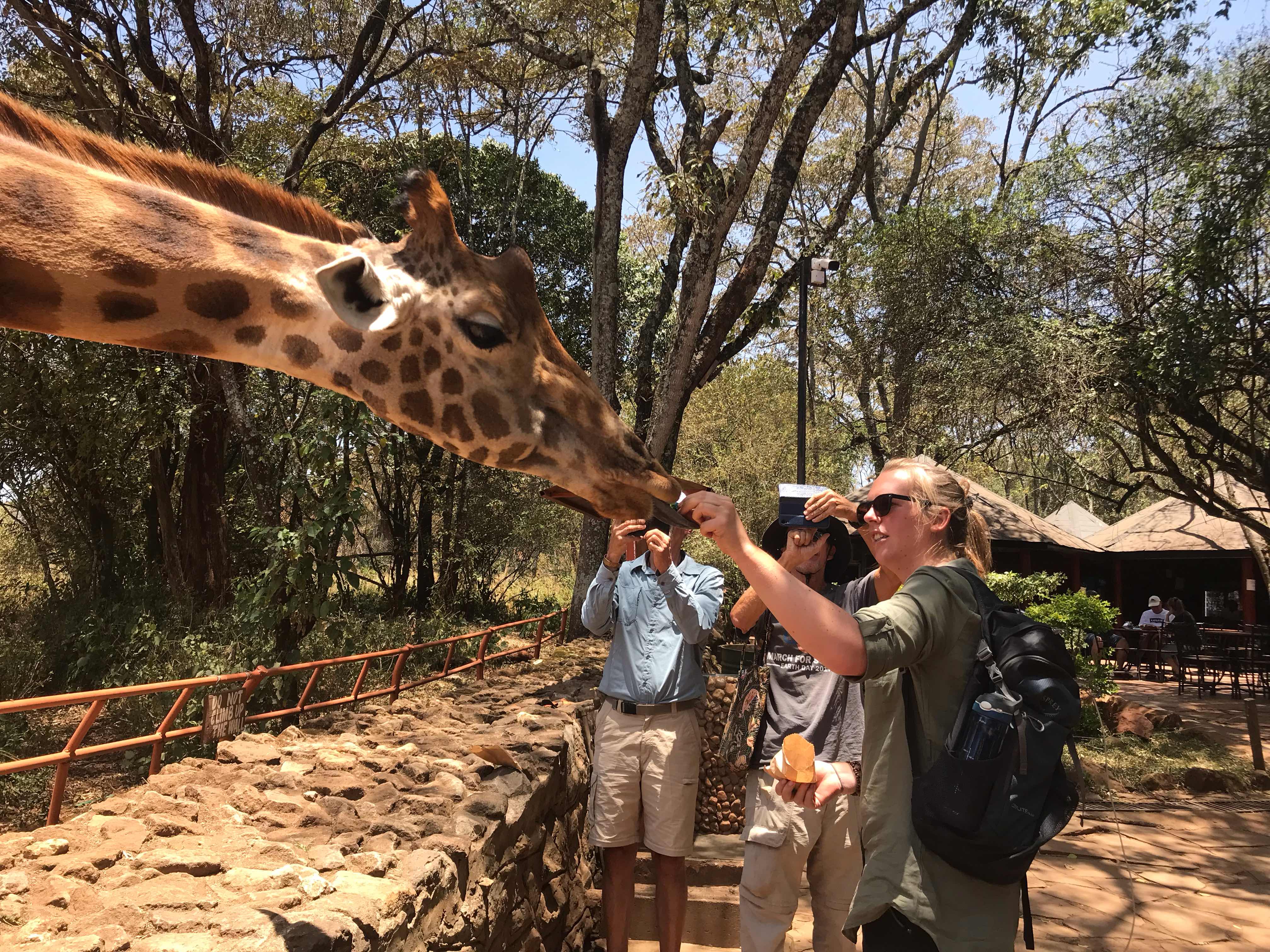 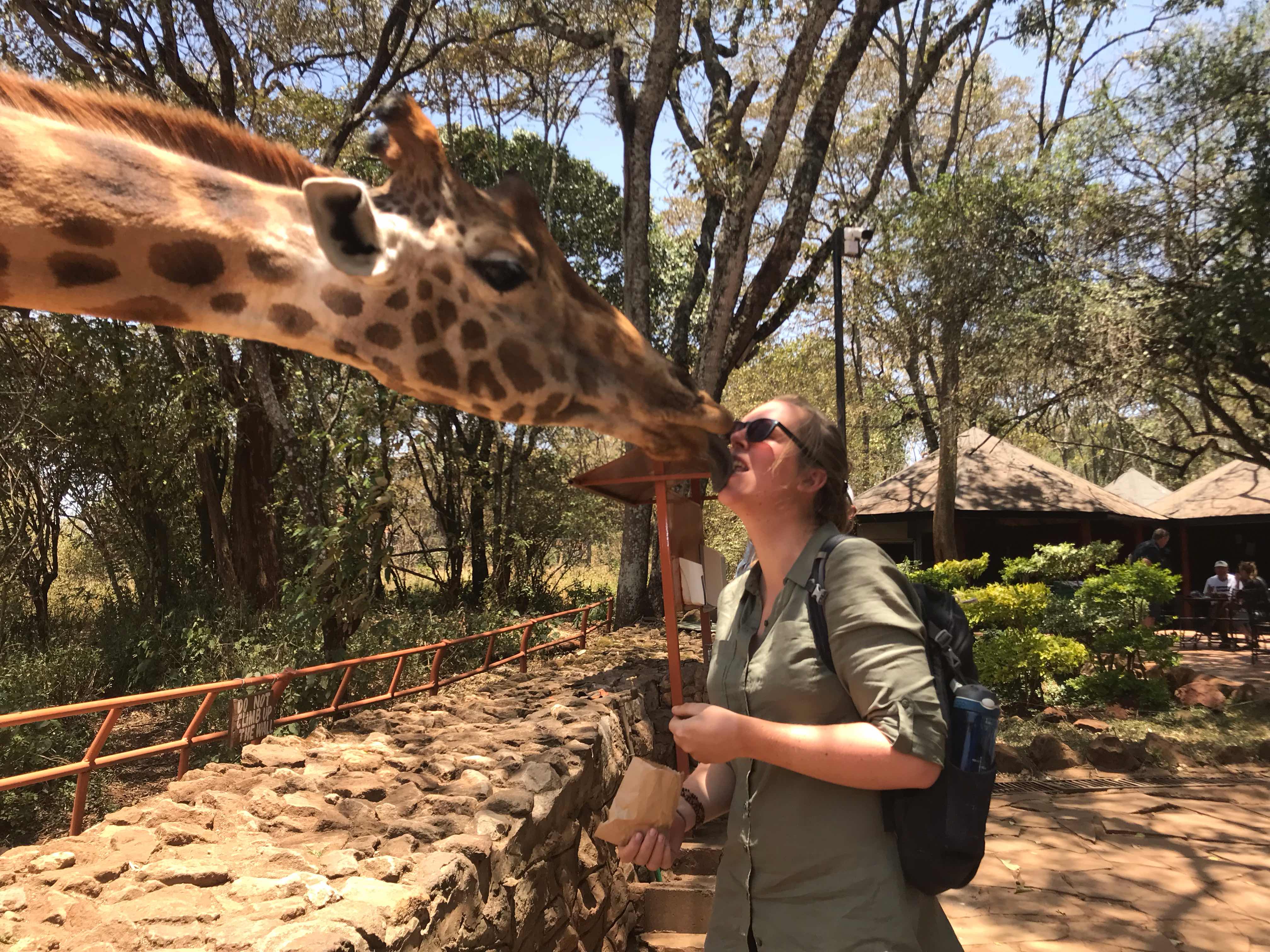 Kissing a giraffe (honoustly, what was I thinking, too much tongue) 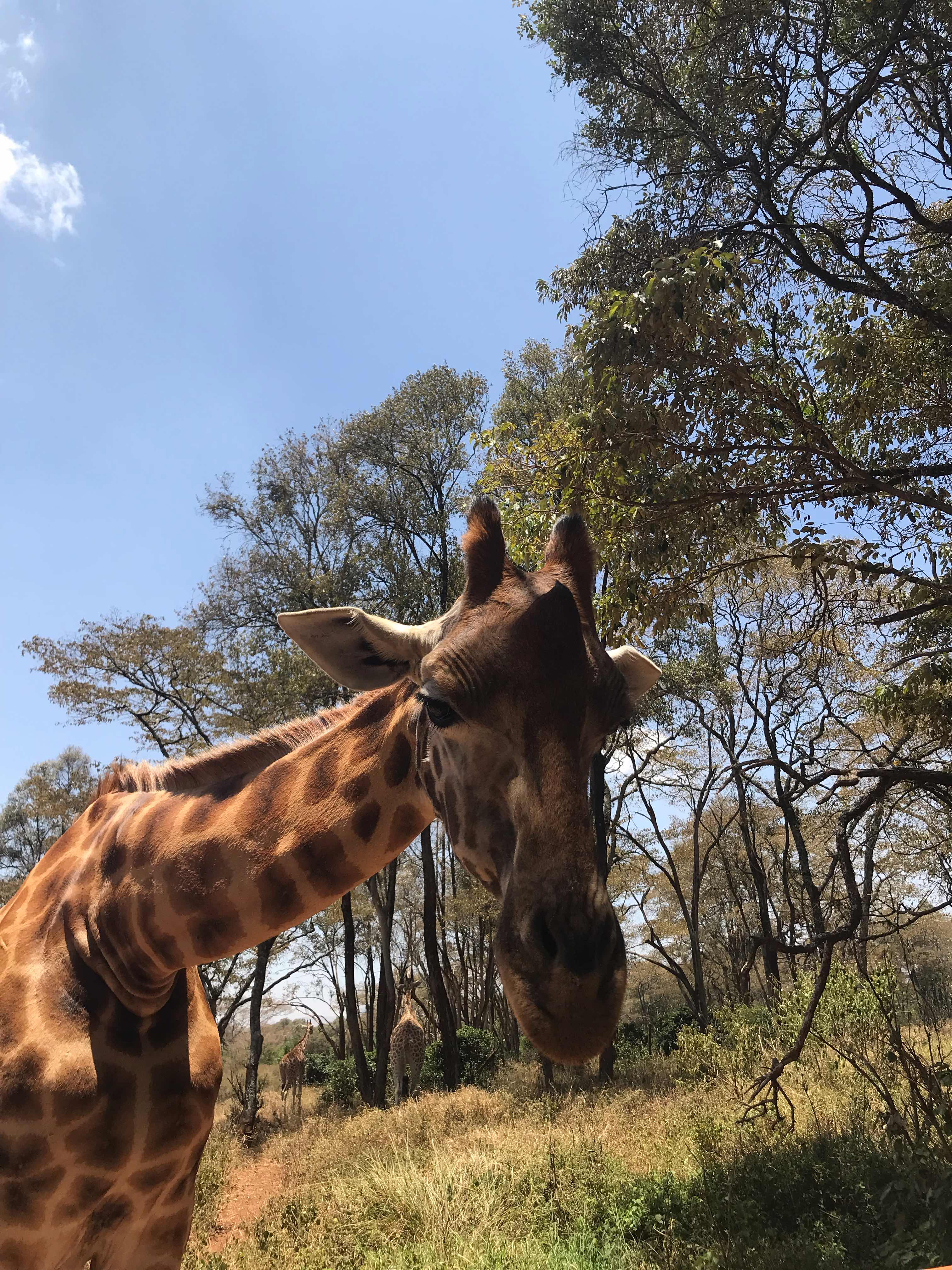 Just watching the giraffe up close. They are beautifull!!! 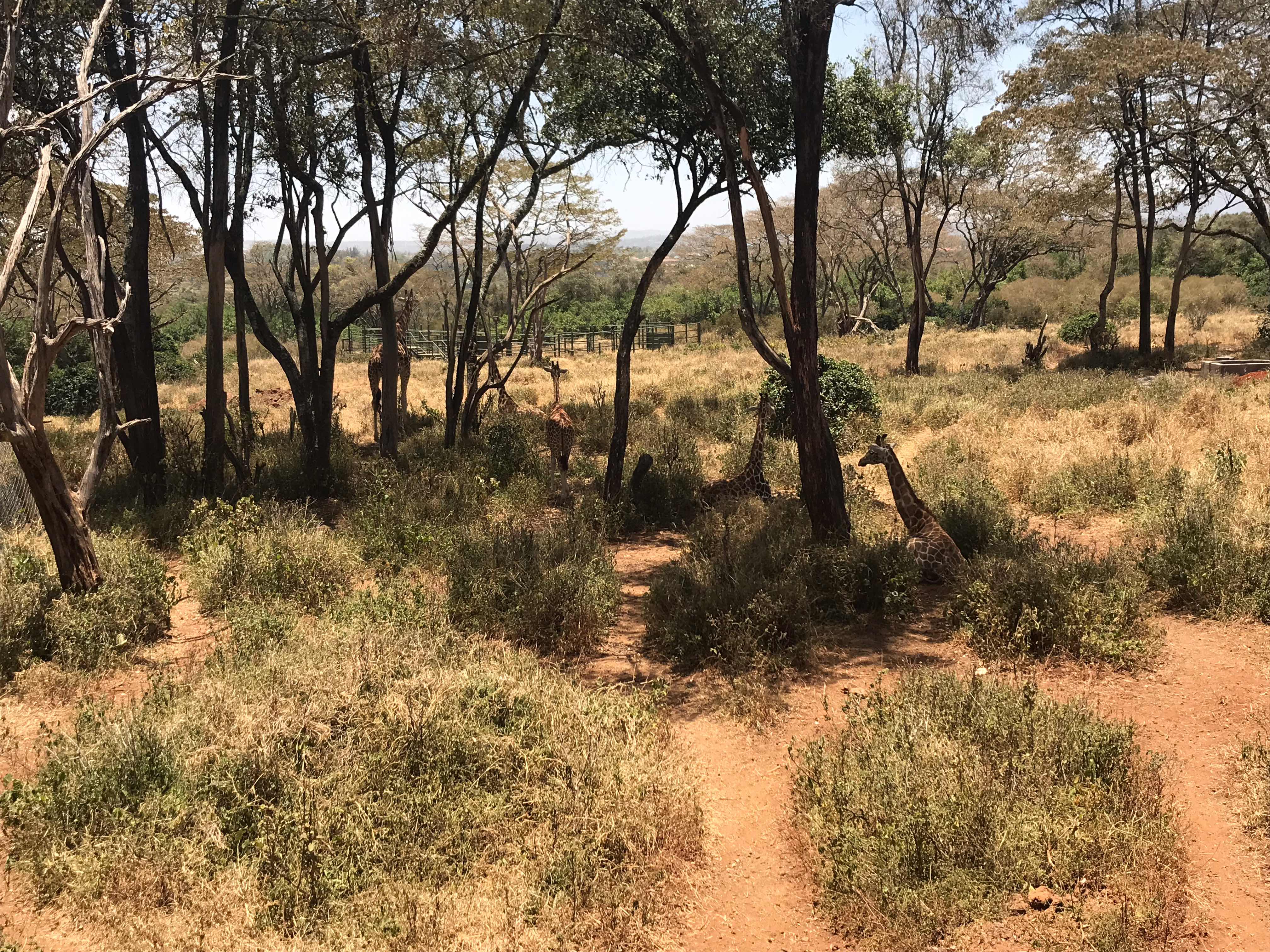 Giraffes lazing in the shade… 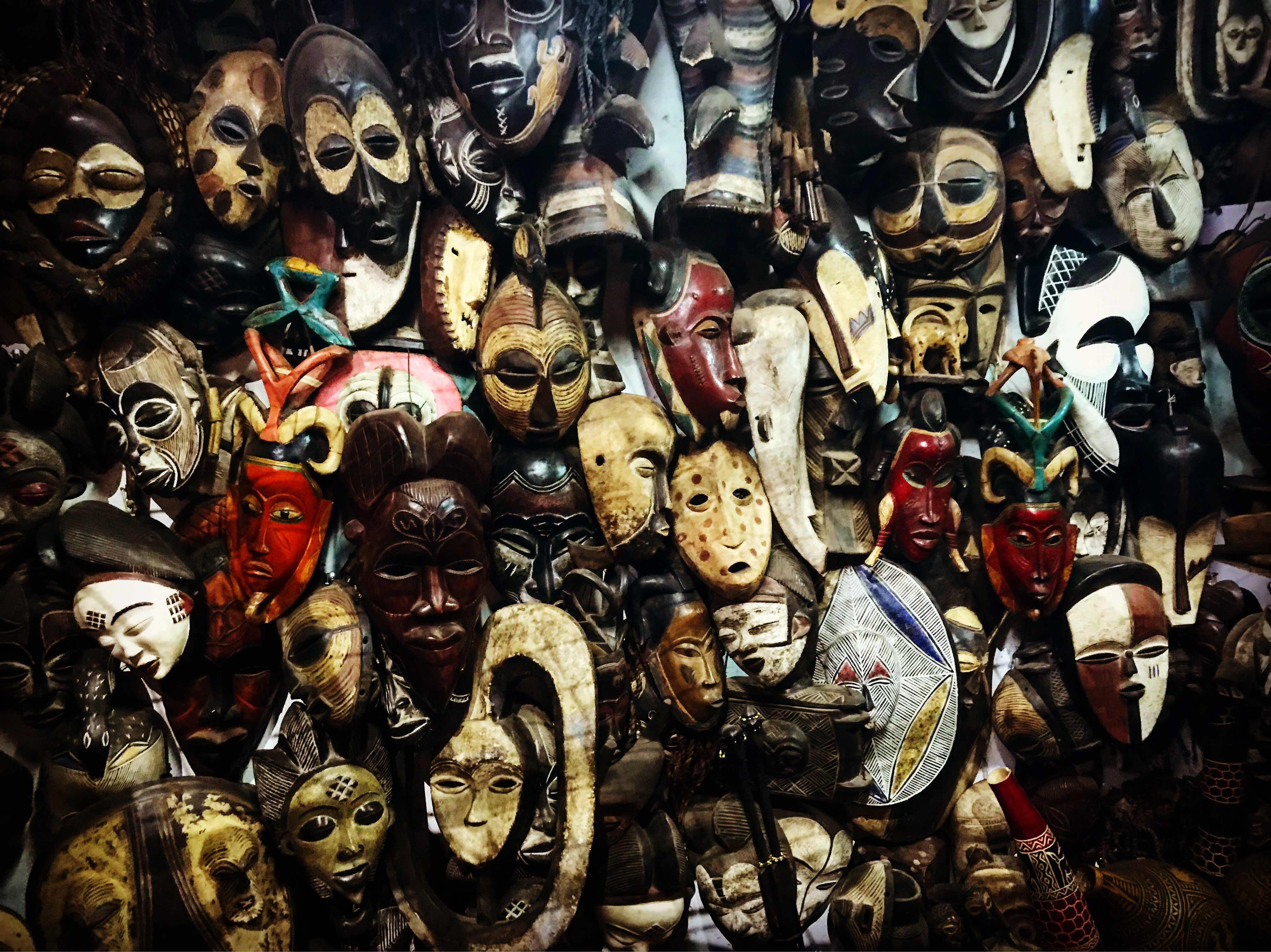 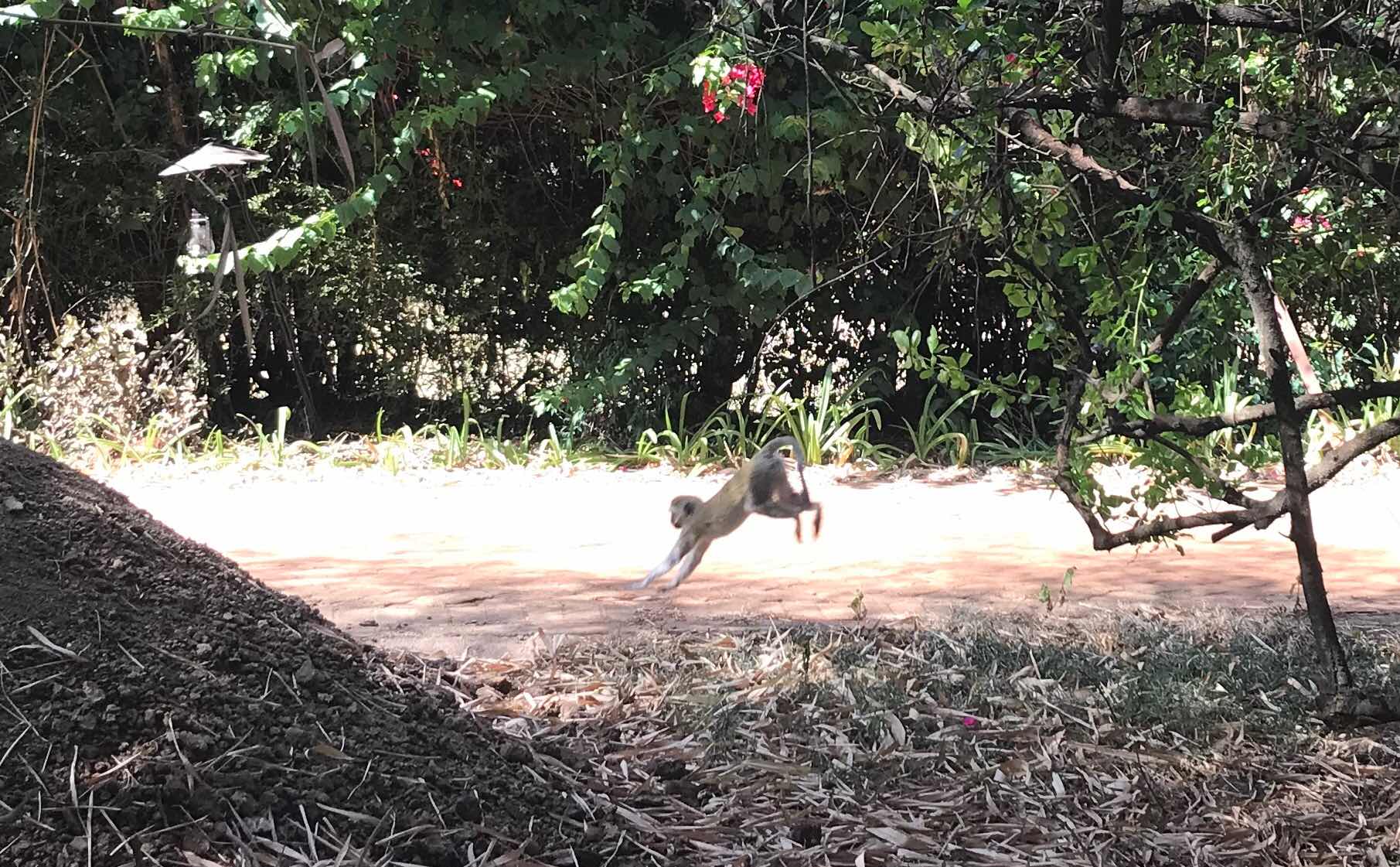 And monkeys near my tent at camp! They are cheeky!