Only a short day today. 52k, from Sagana to just outside Nairobi. The staff decided to bus us the 2nd half of the originally 107k ride, due to roads around Nairobi being closed for the Nairobi First Lady Half Marathon. Things like this happen….

So knowing that it was only a short day and we’ll have a restday tomorrow, I just put my feet to the pedals and pounded my way to lunch. It was a nice ride, with some 700 meter of elevation gain, through the lush green area north of Nairobi.
Towards the end of the ride I saw Jerome and Nick sitting at a shop of the Del Monte fruit plantation. I thought it was lunch so I joined them. It turned out that it was not lunch, but they did sell pretty nice fruit juice popsicles at the shop. So as we were not in a rush, I got a pinapple popsicle. And after I finished that Jerome and Nick convinced me that the mango popsicle was pretty good as well. And after that they talked me into a passion fruit popsicle. And although all of those were pretty good, Jerome stated that the mixed berry popsicle was the absolute best. So we had a mixed berry popsicle as well 🙂 After that it was time to ride the last 500 meters to lunch, but I didn’t have much apetite 🙂
We’re at the Wildebeest Eco Camp just south of Nairobi. Its a pretty nice place and they have good food! And it’s near a mall, so in the afternoon we got there for milkeshakes and some more icecream. And because food is a necessity on tours like this, we went out for diner to Carnivore in the evening. The place lived up to the expectations and we ate a lot of meat, including beef, lamb, turkey, chicken, pork, ostrich and crocodile. I might turn vegetarian after tonight….
Great nice easy day. My bum is happy to be of the bike for a bit! 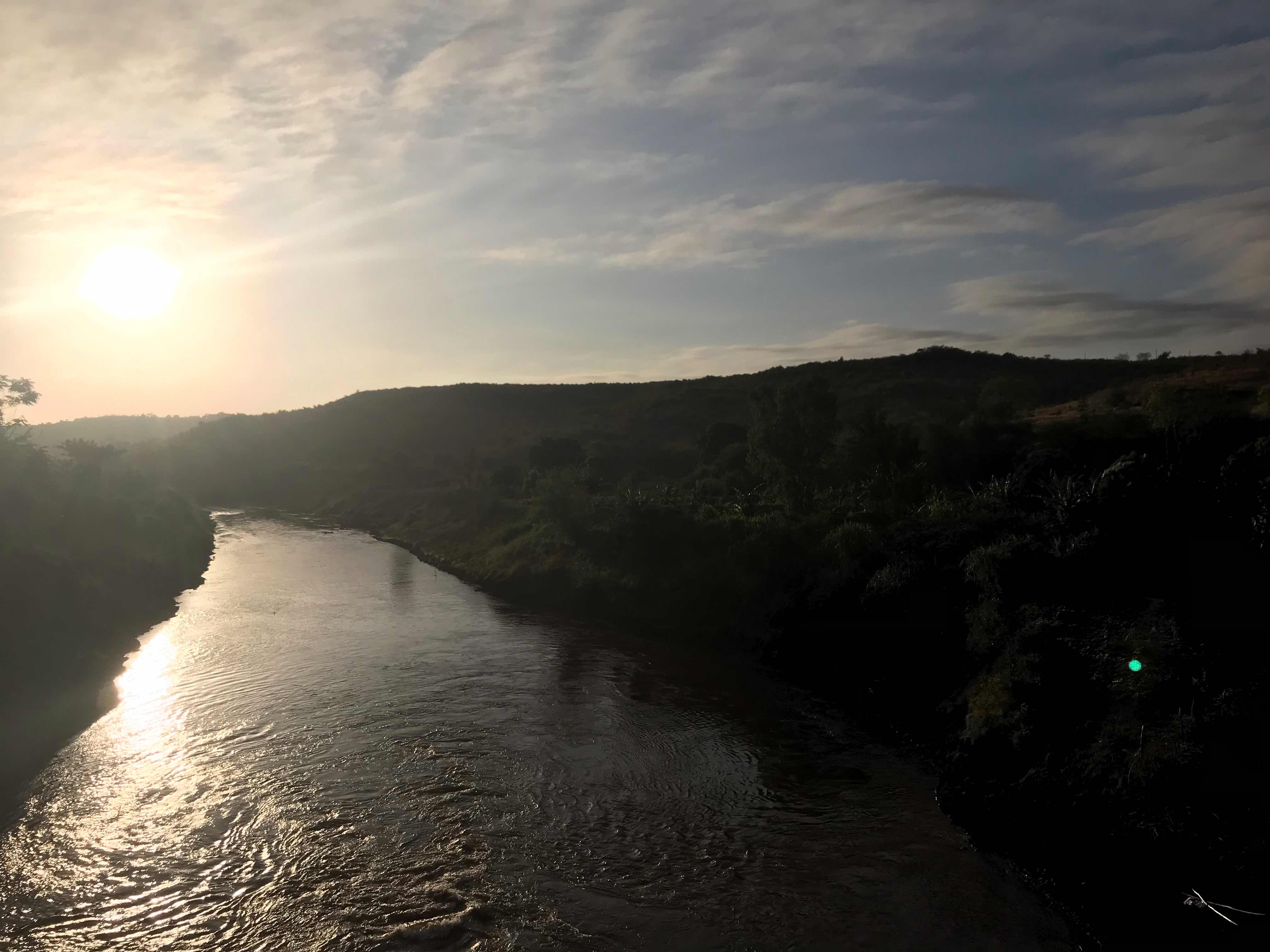 Sunrise over some river… 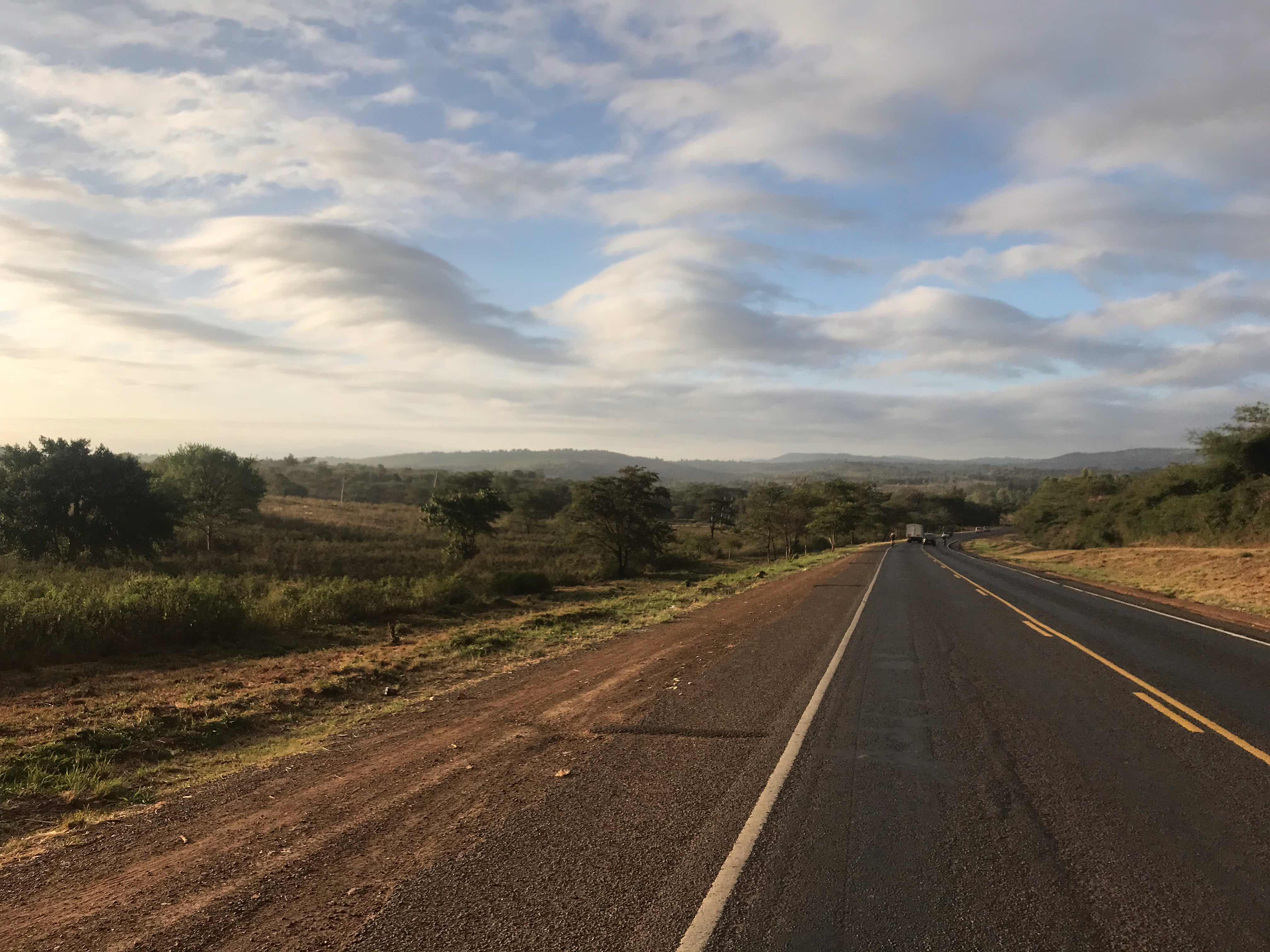 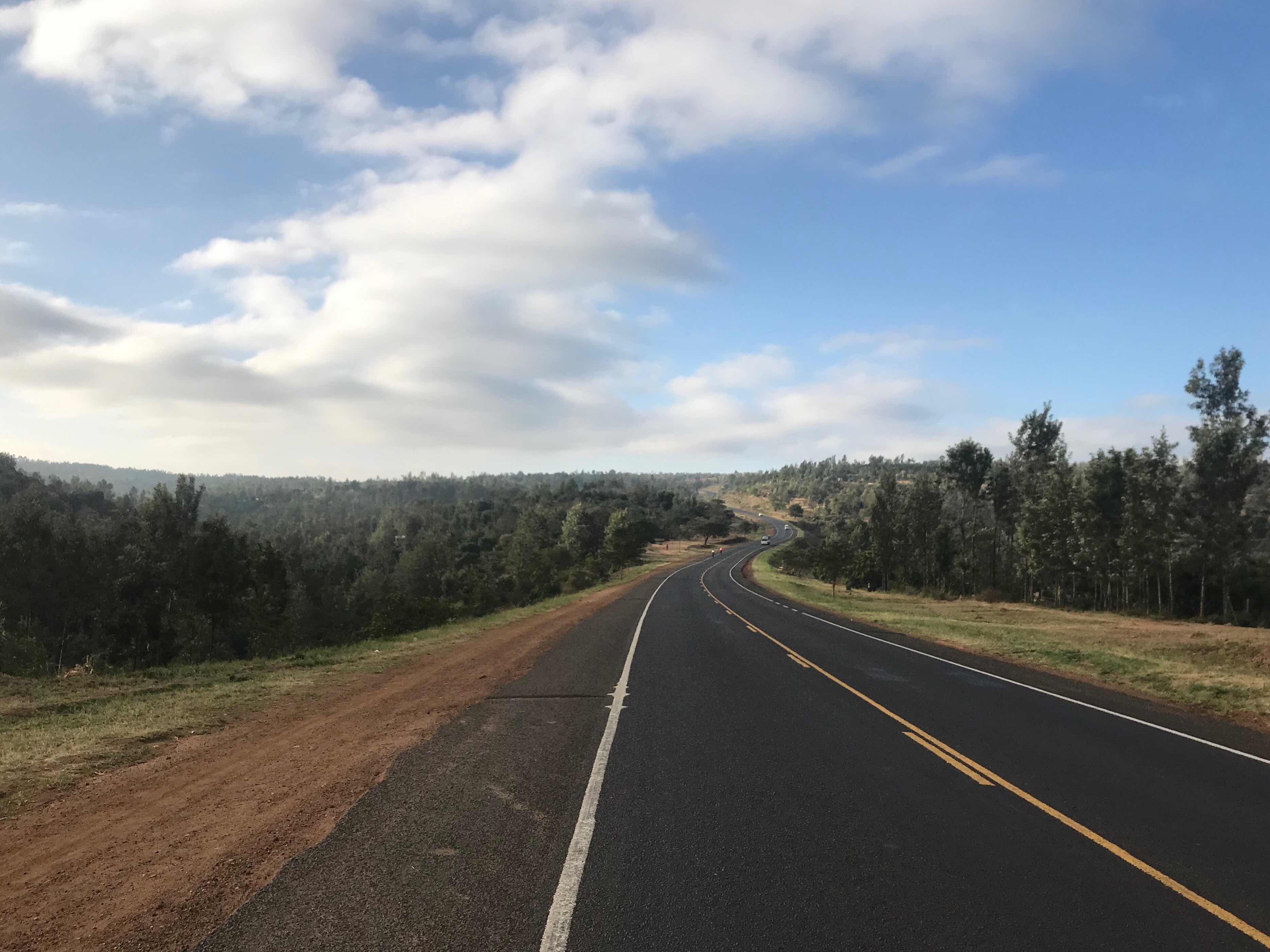 A bit of climbing 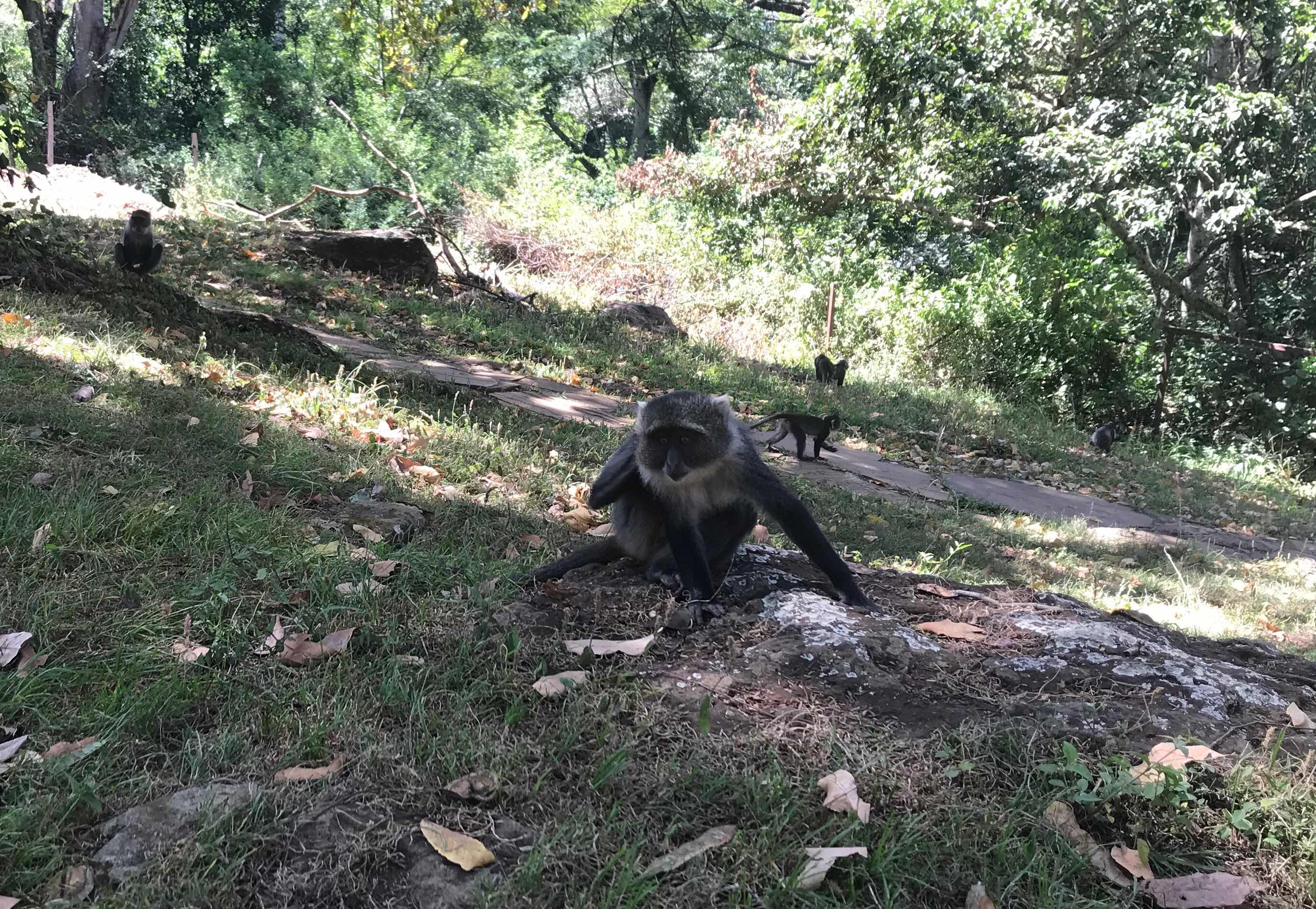 Monkeys at the lunch stop… 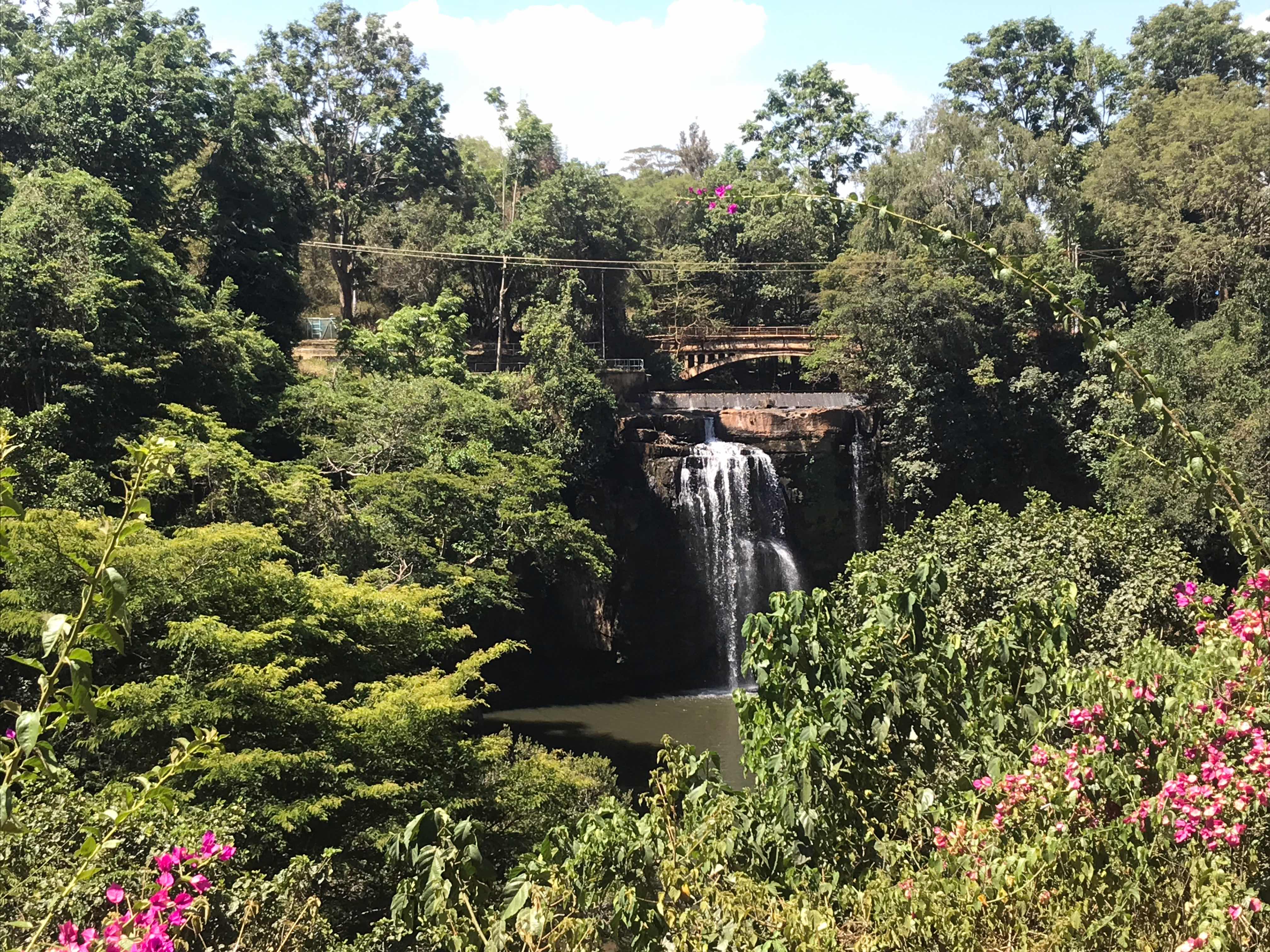 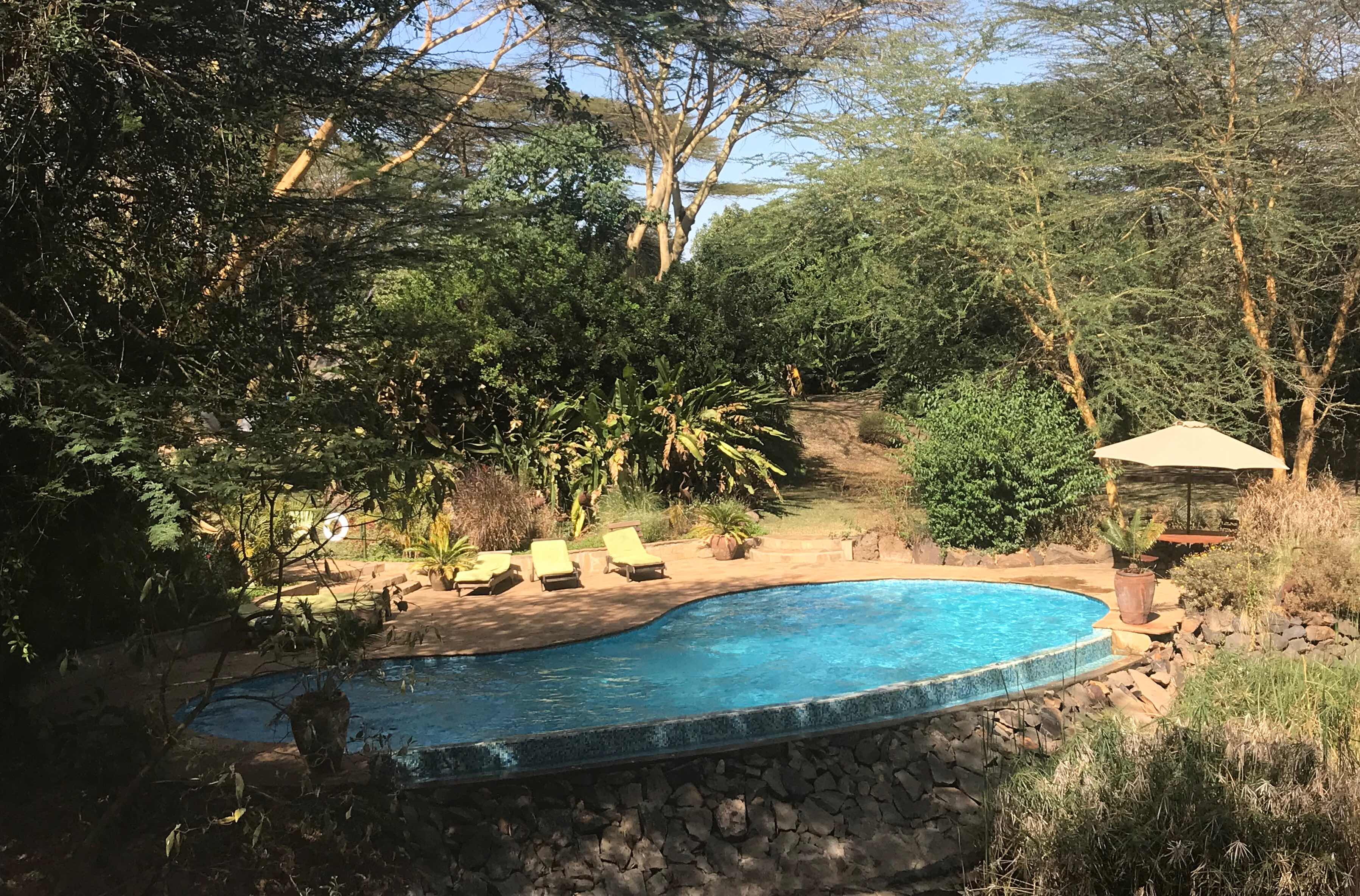 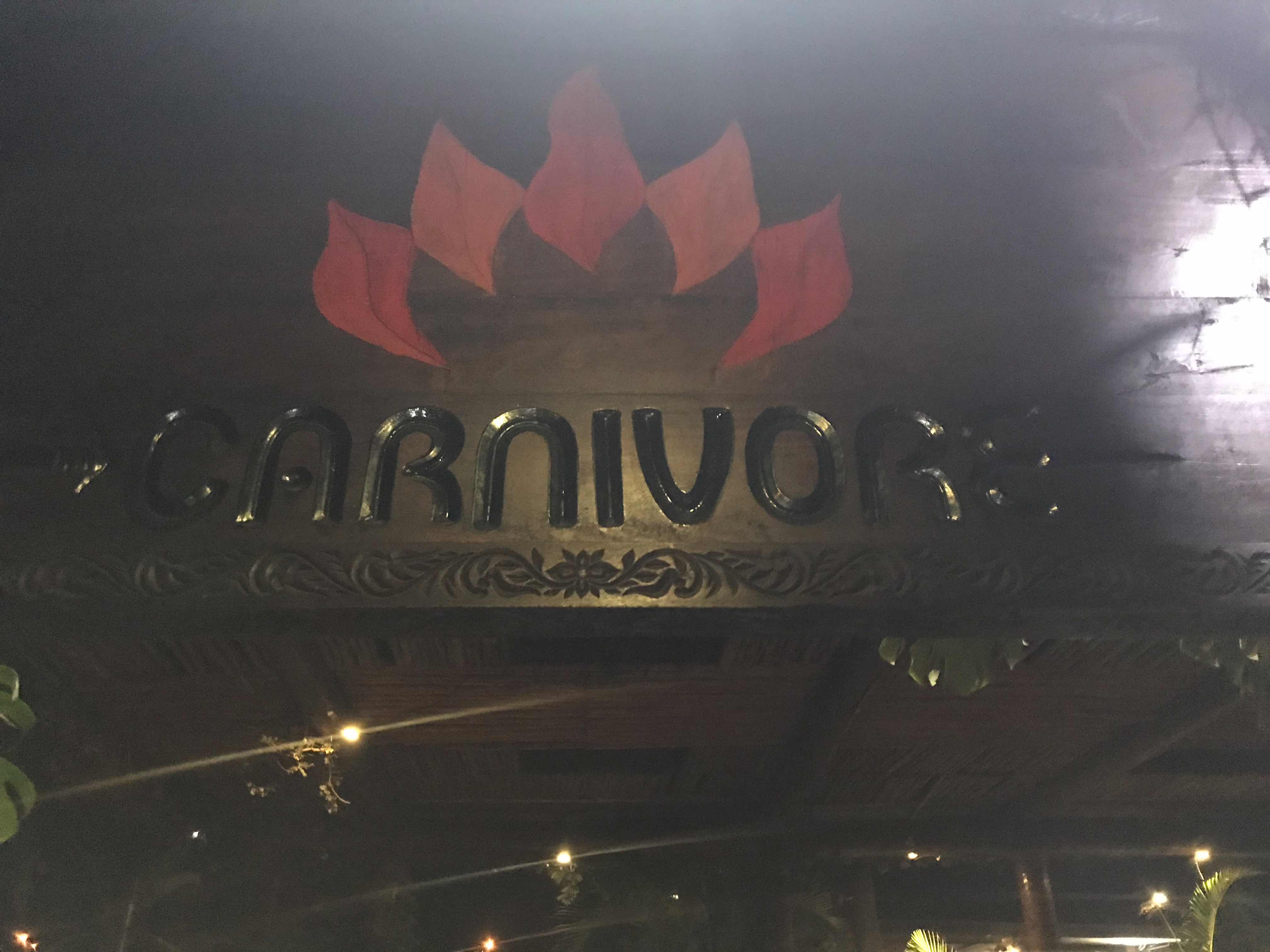 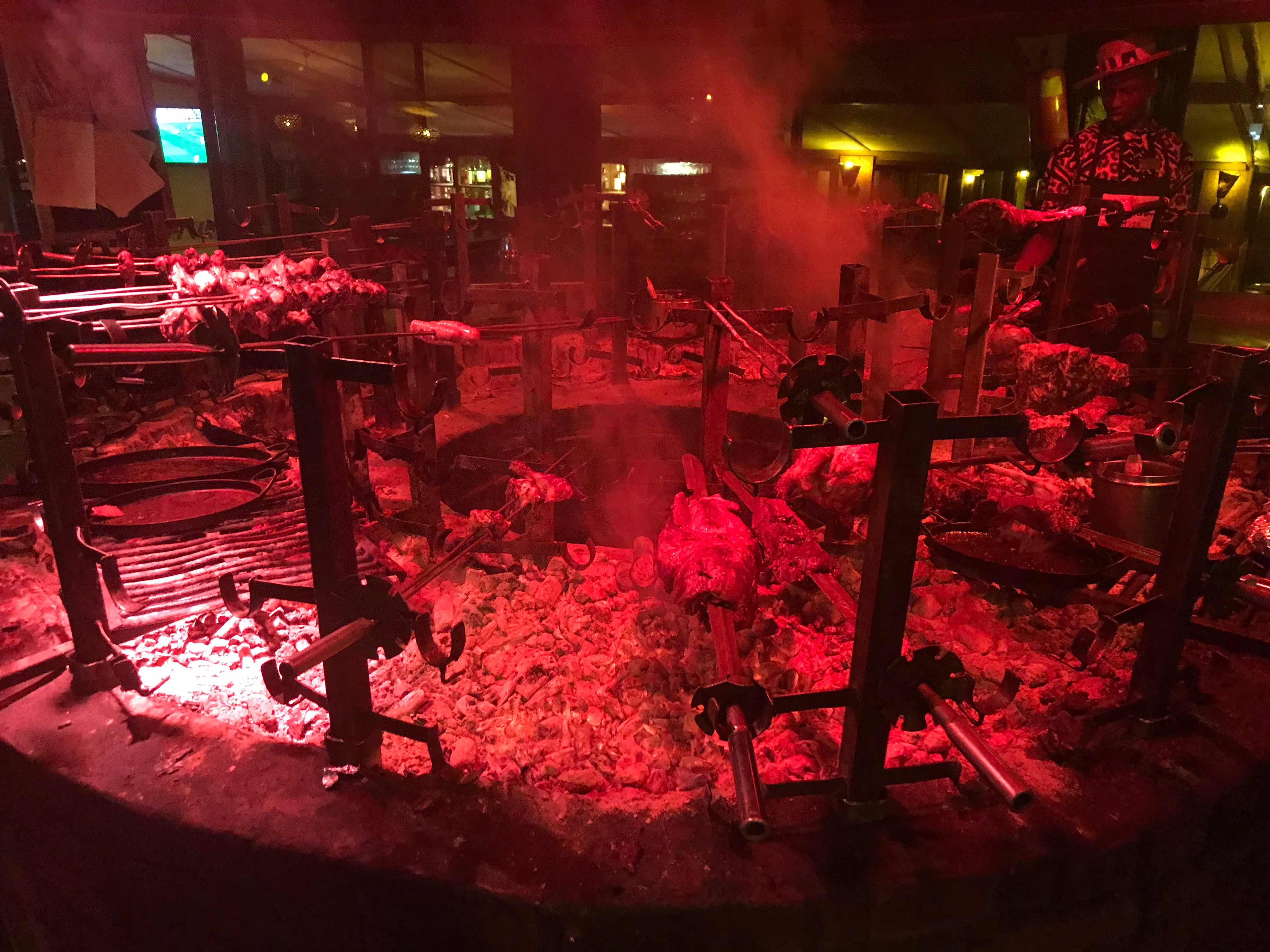 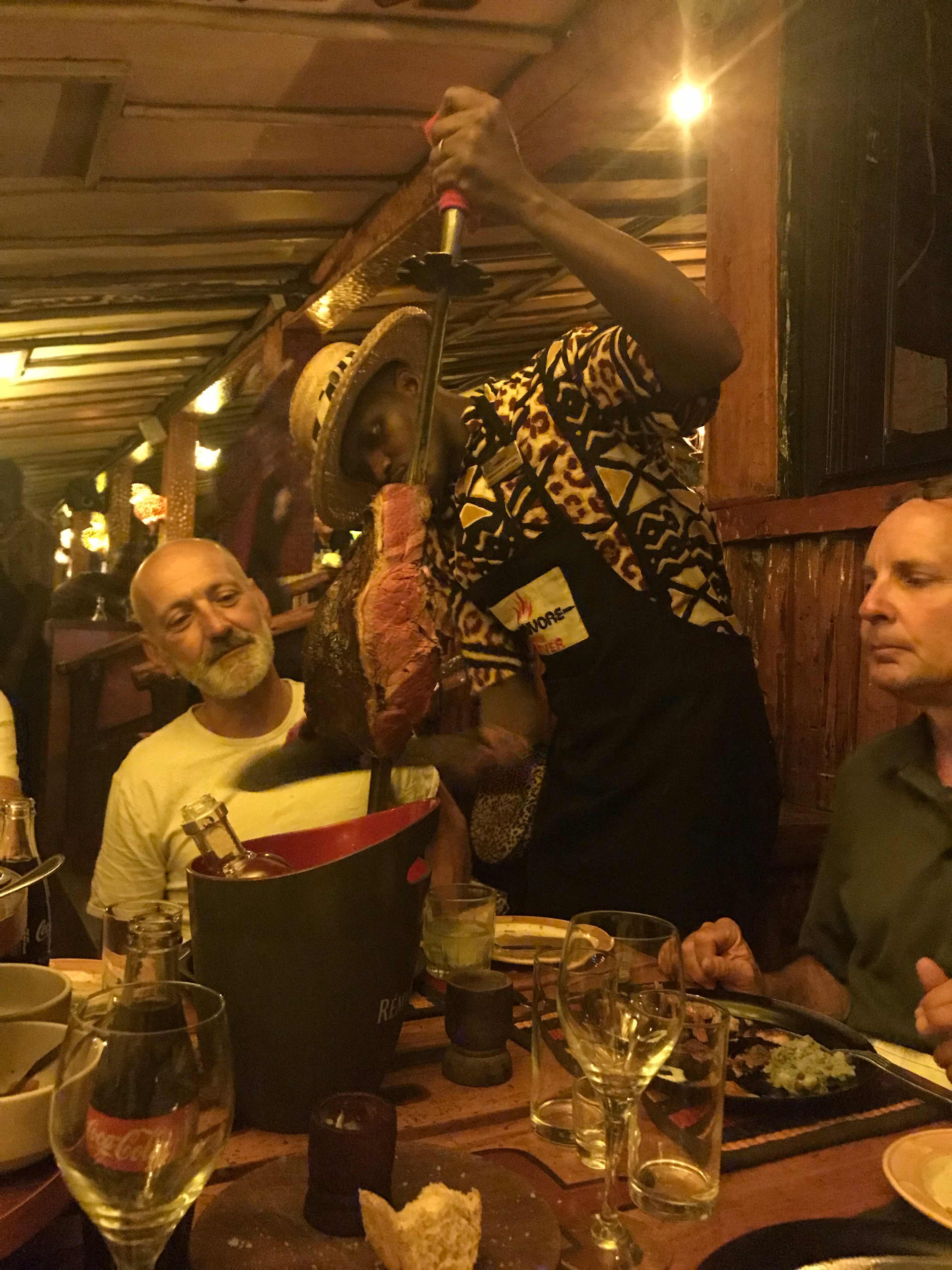 And they served it right of the spit! An interesting experience…