Fun day today. Because we will cross the equator tomorrow morning the tour’s staff made today’s ride a scavenger hunt. Besides that, we concluded the day with a crossdress party in honour of the equator crossing.

For the scavenger hunt we had 10 objectives:
1) take a creative group photo
2) have a beer with a local
3) let a local ride your bike
4) provide a team poem
5) transport of a box of eggs to camp
6) 1 team member to ride in funny dress
7) collect a local item
8) ride local transport
9) do something creative with a local
10) collect local ingredients to make a cocktail
For the scavenger hunt I teamed up with Vik and Loraine. Vik wore a skirt over his bike shorts all day and I had arranged a TDA staff shirt and Tallis his hat, so that I could dress up like Tallis (our fearsome leader). Besides that we kidnapped Dougie the green inflatable cow from the lunch truck so that we could take him along on our adventure. Last, we had stolen the shovels (used to dig actual shitholes at our bushcamps) from the dinner truck so we could enforce our team’s victory in case we would not score enough points.
It just turned out to be a fun day 🙂 We took Dougie out to pasture to have him socialize with other cows. And we took him for milkshakes and brownies. And we took him for driving lessons. We let him crash a car. We got him out of jail afterwards. We let him have a beer. And we took him to an amusement park.
At the end of the day we watched all the other groups present their own adventures. Each group was judged by the staff, which for the occasion had dressed up in crossdress as well. We had a good laugh. Our team didn’t win unfortunately. Apparantly the shovels are not appreciated as much as we anticipated. Nevertheless we had a great day. And tomorrow we truly cross the equator! A big milestone on the tour! 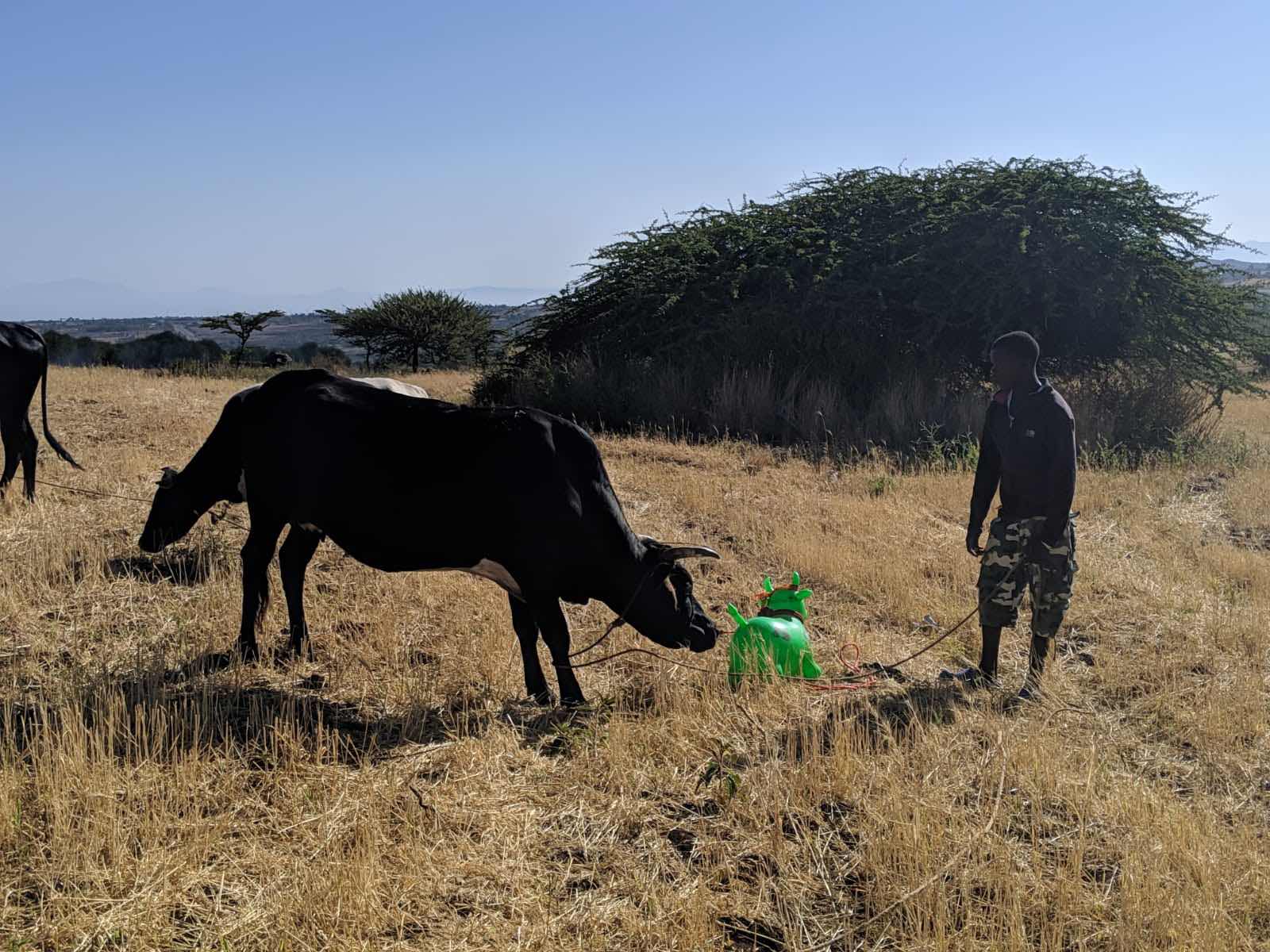 Dougie socializing with other cows 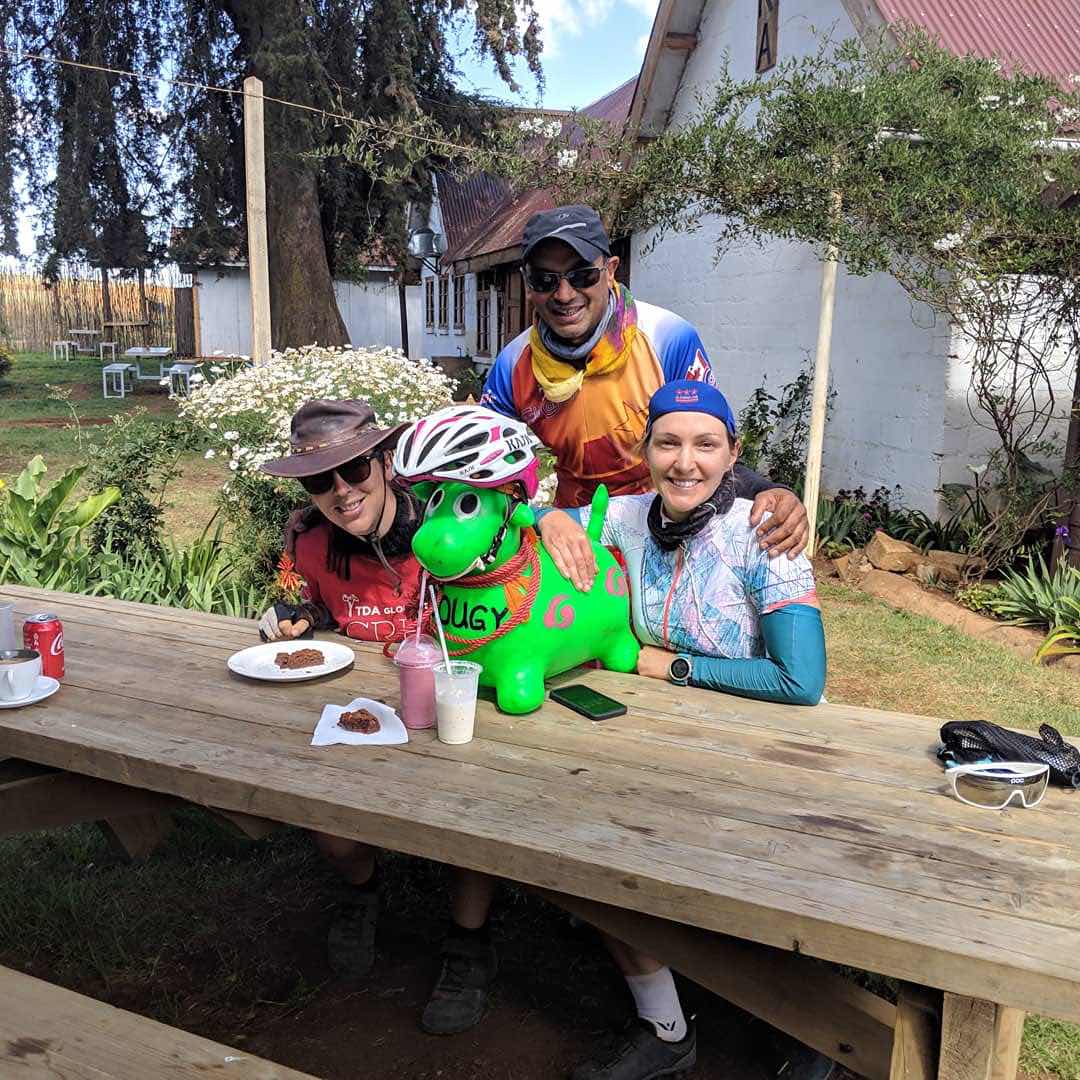 Dougie having a milkshake 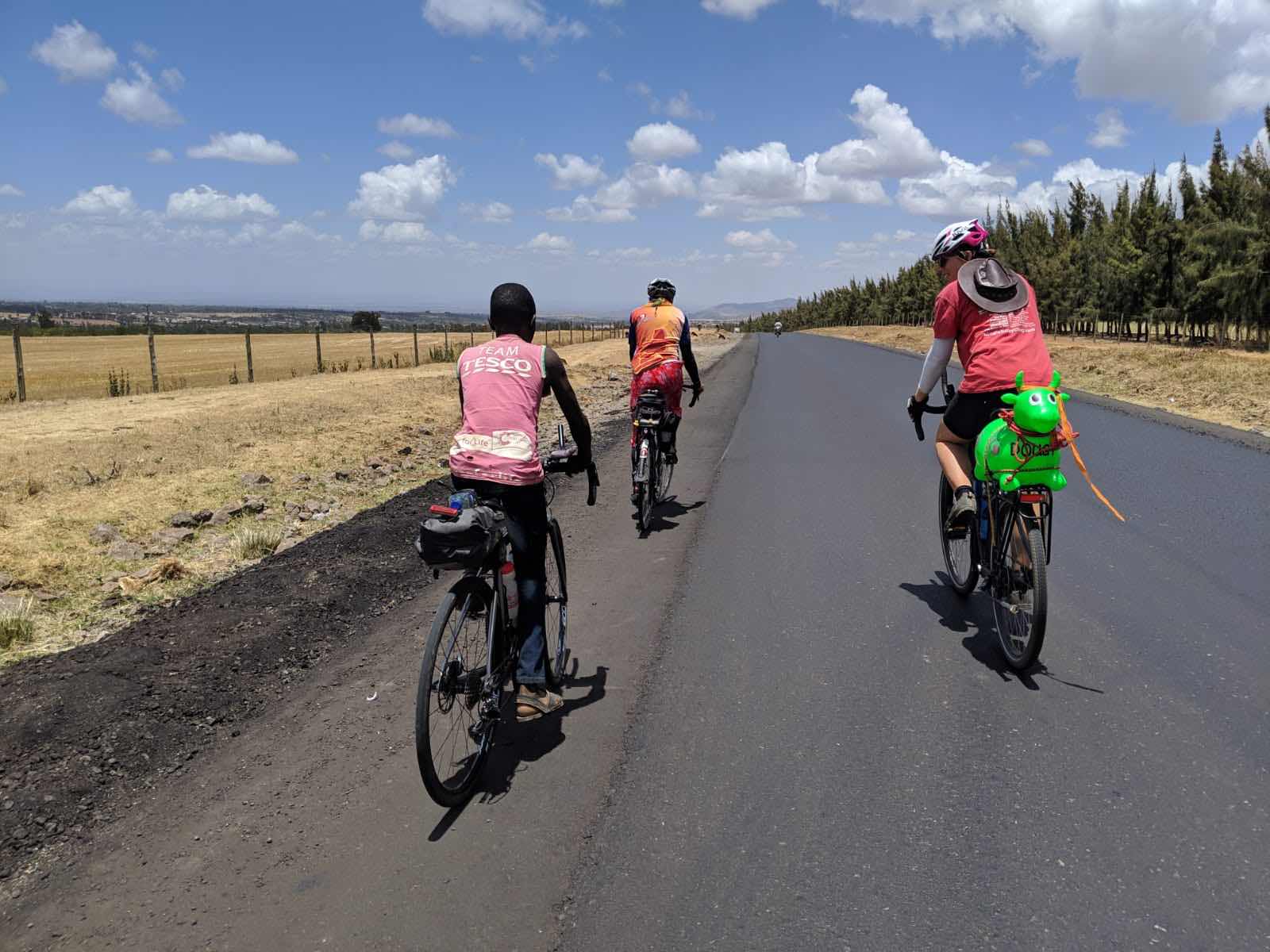 Dougie hitching a ride on my bike 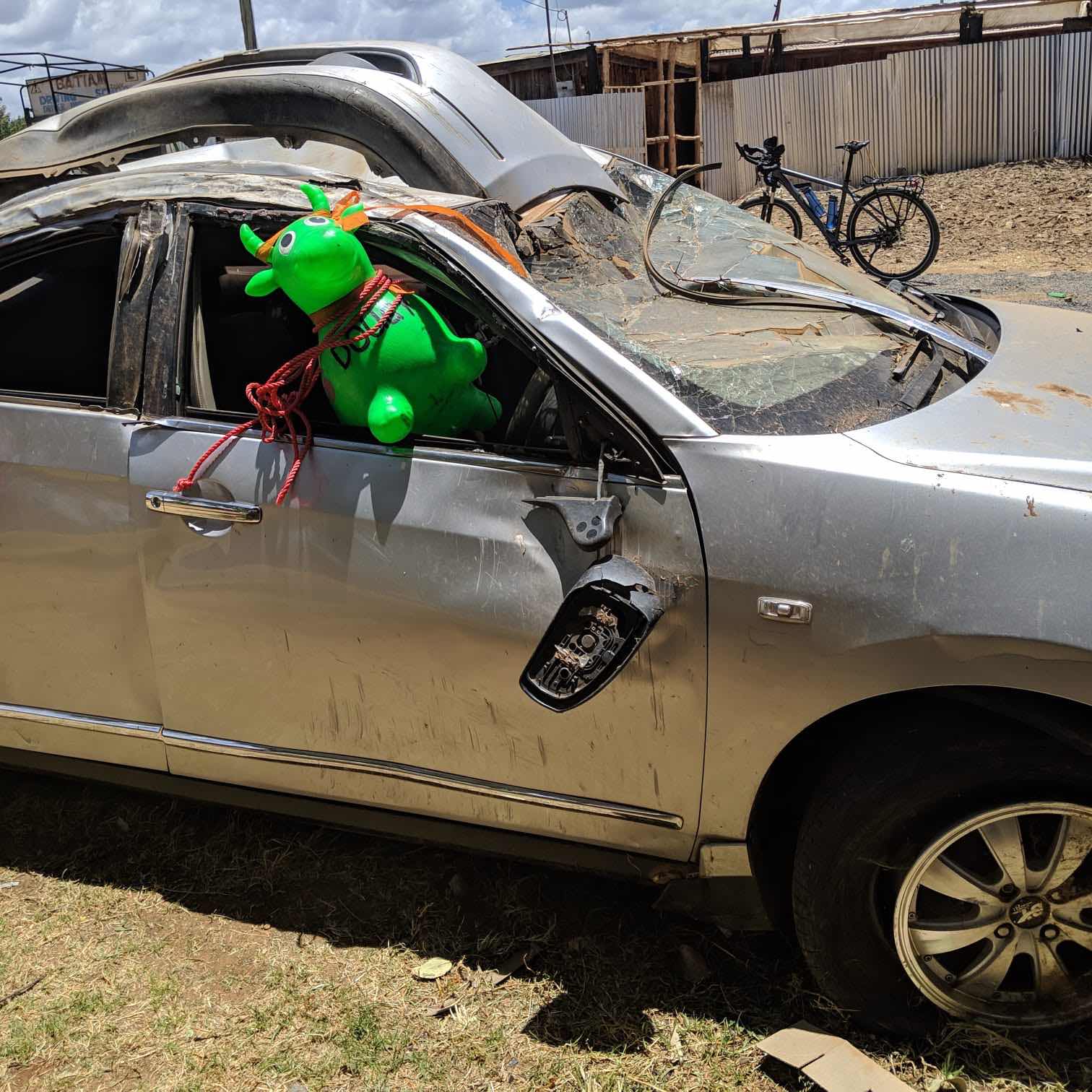 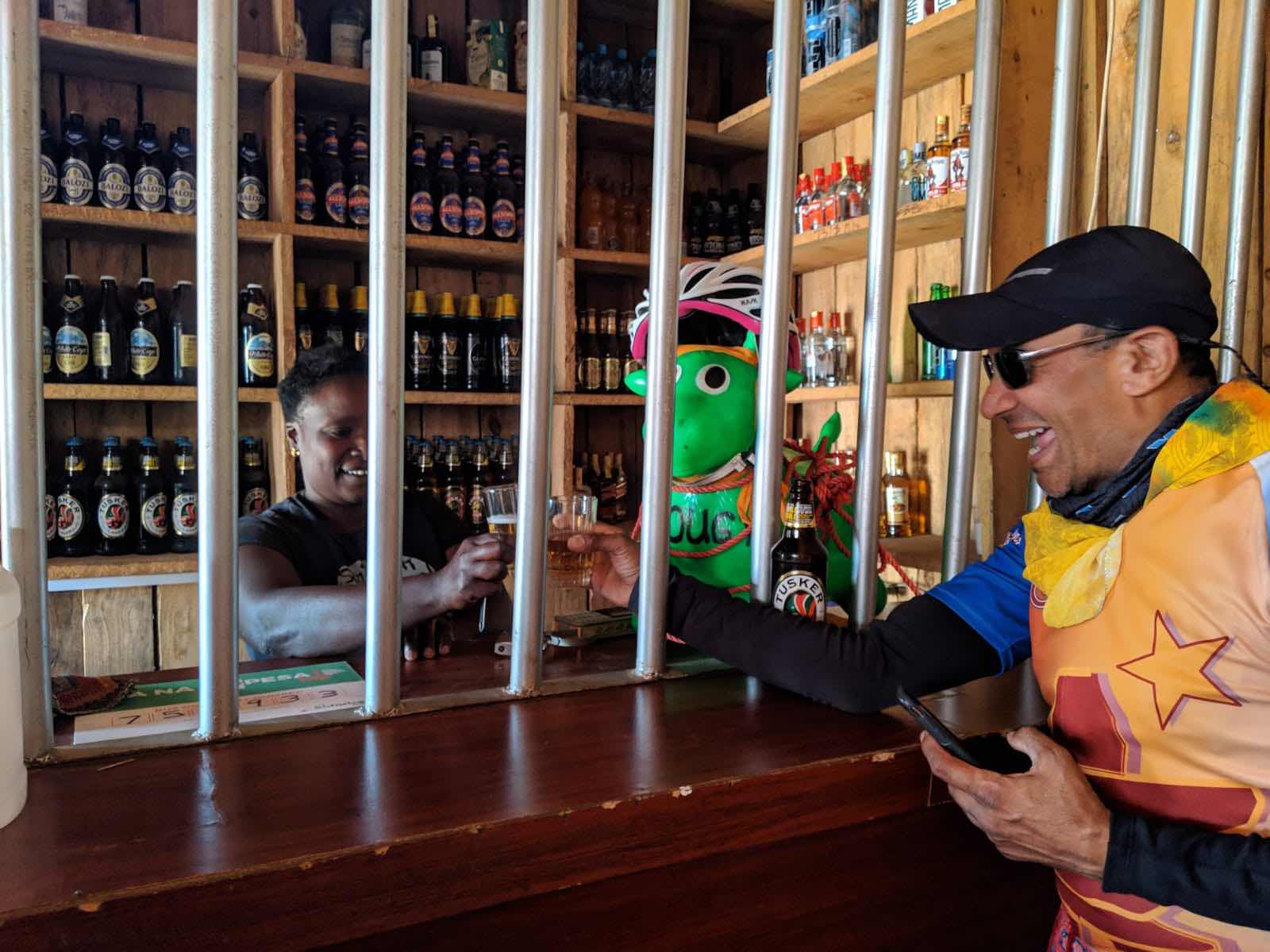 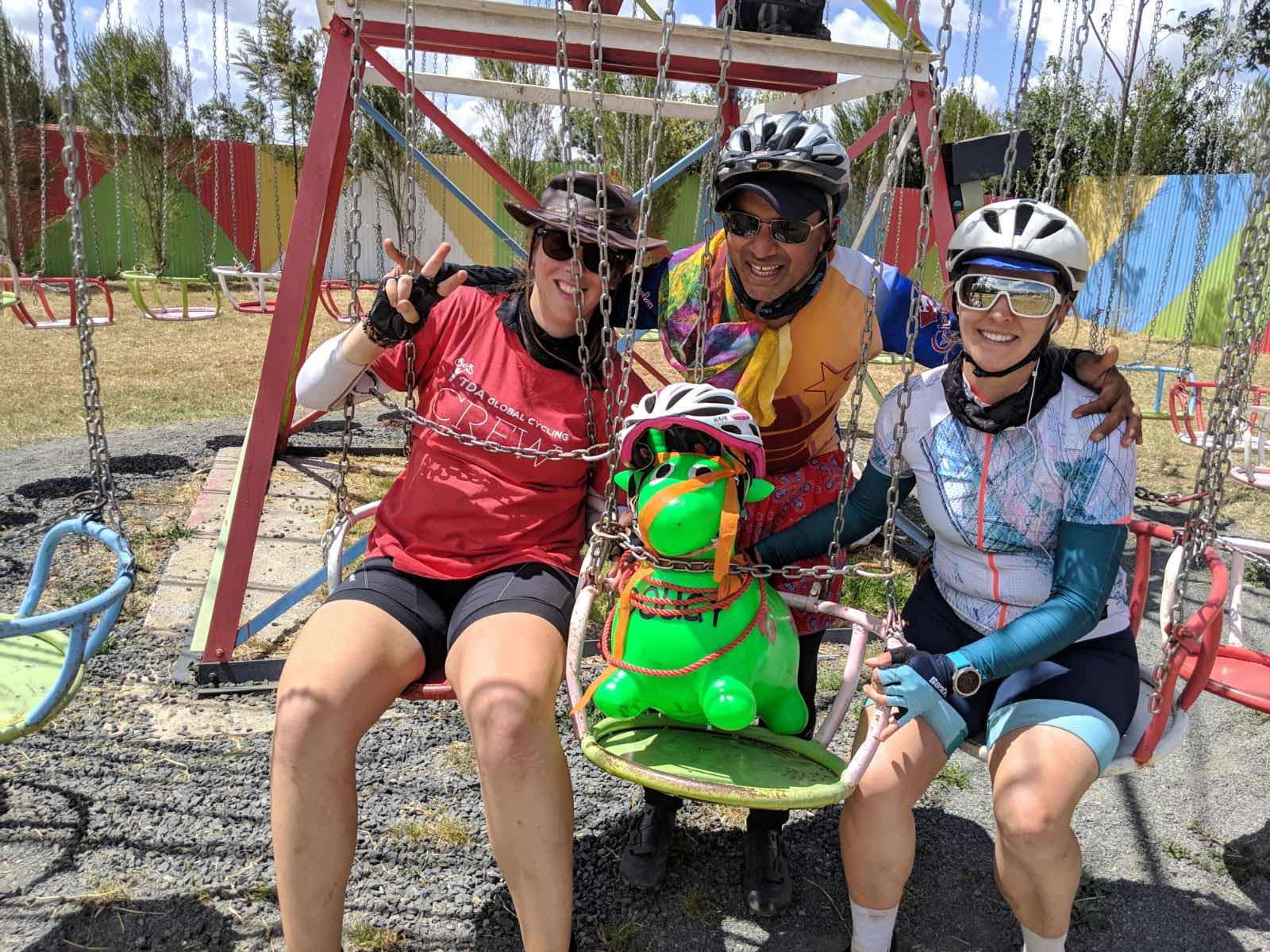 Dougie at the amusement park 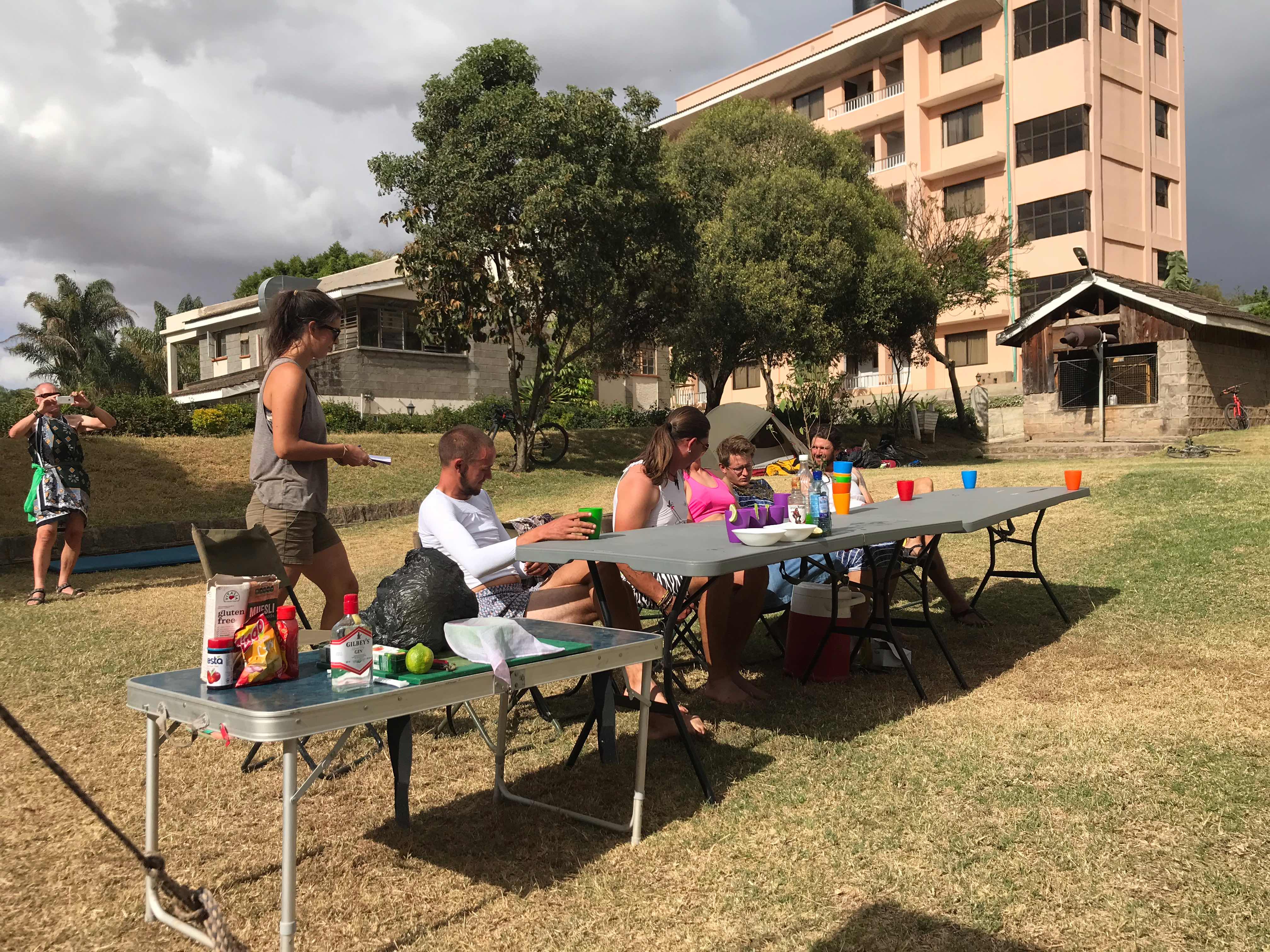 And the big judgement at the end of the day… unbelievable that we didn’t win!