I really hoped for a good night of sleep, but unfortunately my belly did’t allow it 😦 However I was really happy to be in a hotel room with my own toilet though. I can only imagine what the night would have looked like if we would have been at a shovel camp. Not very pretty probably. I’ll spare you the details…

So when my alarm went of this morning I was quite groggy and I didn’t feel properly rested.  Not good with 8 days to go to our next restday. Luckily today’s ride was mainly downhill as we descended into the Ethiopian part of the rift valley, so I decided to give the cycling a try, knowing that I could always hitch a ride…
The first 15k we convoyed out of Addis, which was as horrible an experience as the convoy into the city. After that followed a long steep downhill which was fun 🙂 And after that the long gradual descend started, leaving the Ethiopian highlands definetly behind us. We went down from 2400 meters to 1600 meters, meaning that we will no longer be bothered by the altitude, but that we will also lose the comfortable temperatures of the highlands…
The gradual descend was nice, but unfortunatly we also had a bit of a cross-wind/diagonal head wind. I came across Phil who was riding at a comfortable pace and caught his wheel. I explained him that I didn’t feel exceptionally well and that I would bother him for a bit. He stayed with me and took care of me all day 🙂 making it a nice and easy recovery ride. We made it to camp at around 1330 and somewhere after lunch I passed the 3000k mark, something I only did once before 🙂
The camp site is great! We’re at the shore of lake Koka and we are surrounded by big horned cows and enormous maribu storks. And at the horizon we see the volcanos that prove that we are at the rift, the place where the continent breaks up in different parts that drift appart. The landscape is very different from what we saw before! Very exciting.
The belly has settled down a bit and I hope to get a proper sleep tonight. If I still feel crap tomorrow I’ll hitch a ride… lets see what tomorrow brings! 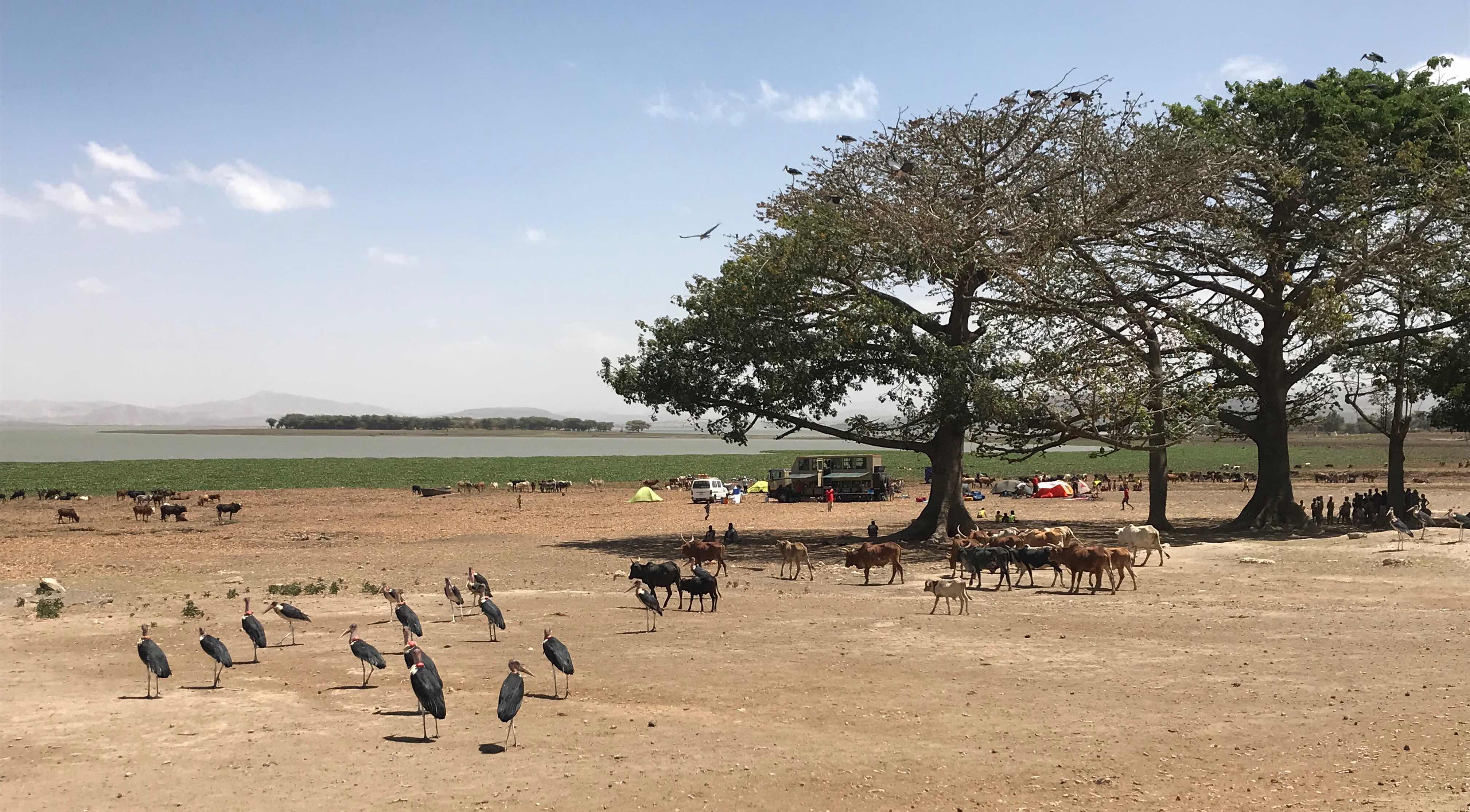 Our canp site, with the lake, the cows and the maribu storks with their enormous wings!! 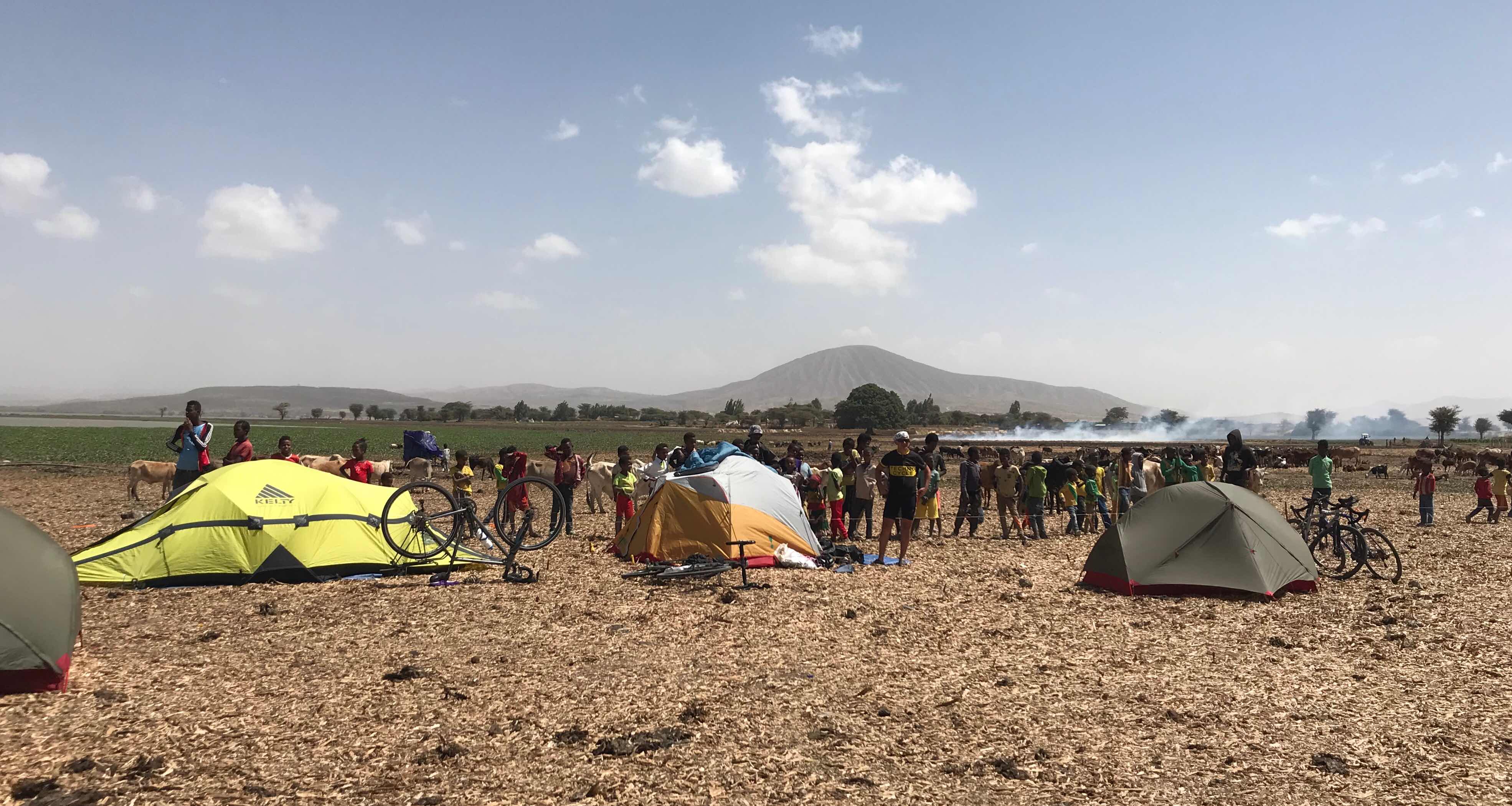 We have an audience again. And the audience also follows you if you go for private business. I had 15 children watching me… I really wondered why they kept watching while I was doing that… 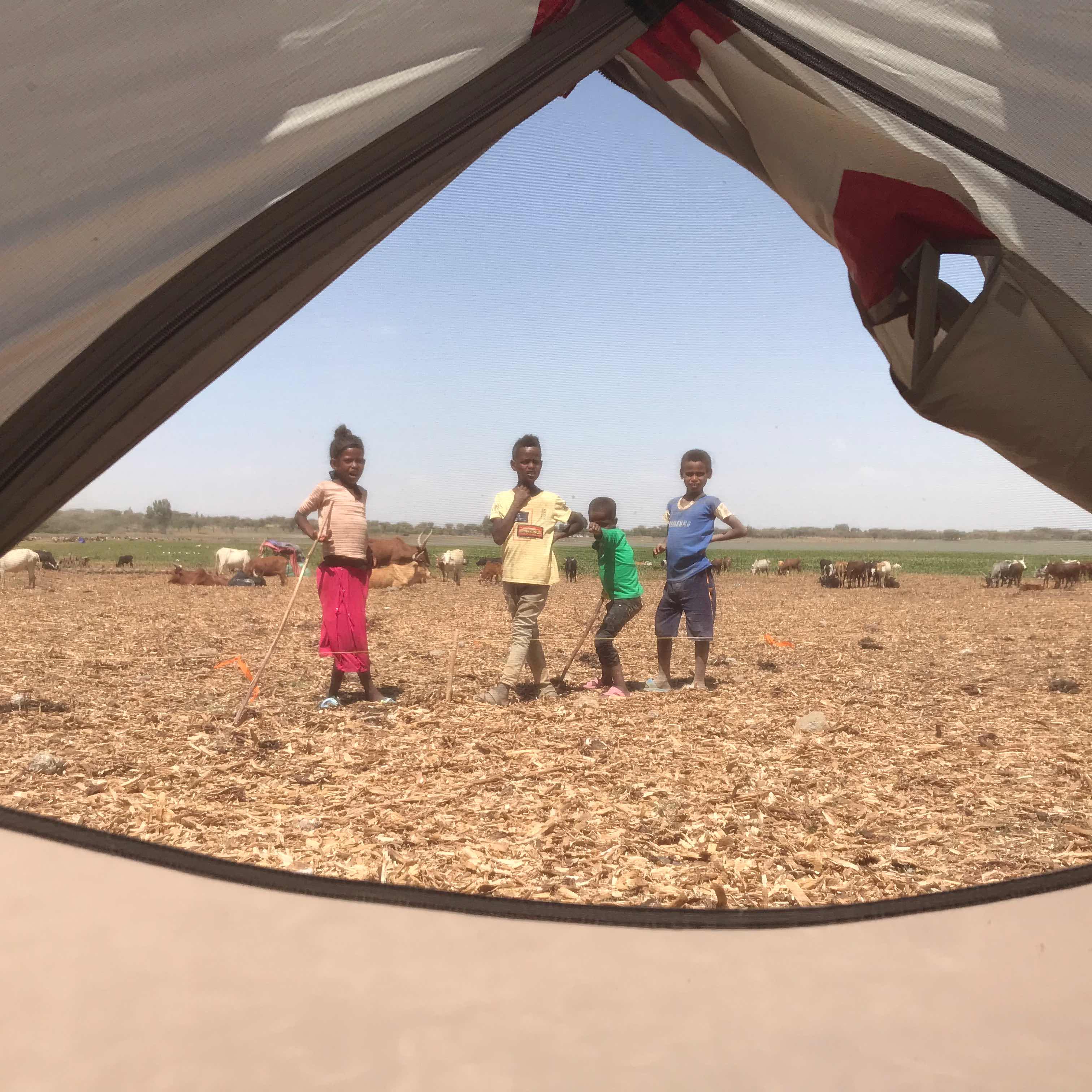 They even watched me when I tried to take a nap in my tent! 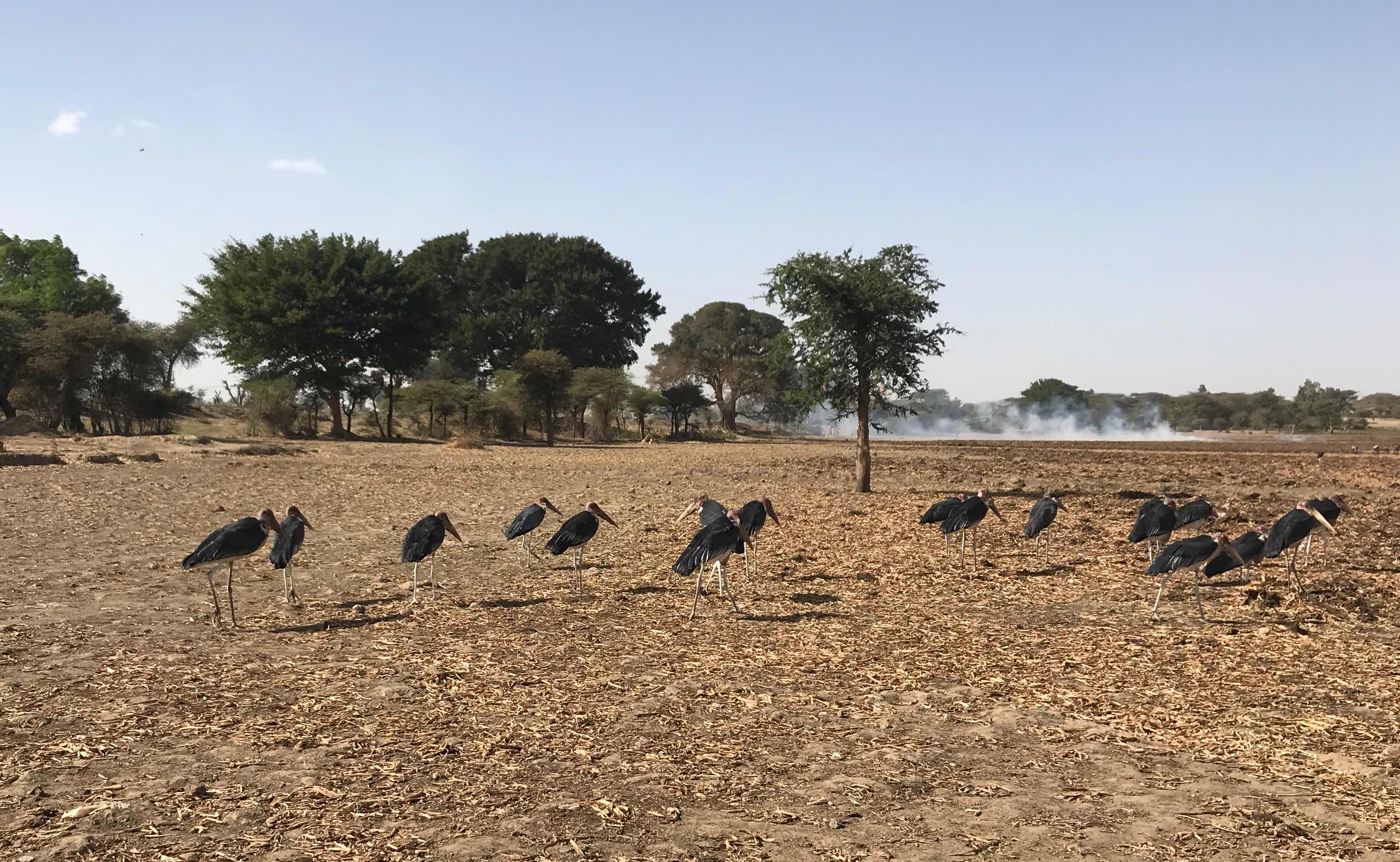 Maribu storks, fresh from the zoo. In the zoo their not allowed to fly though, which is spectacular! 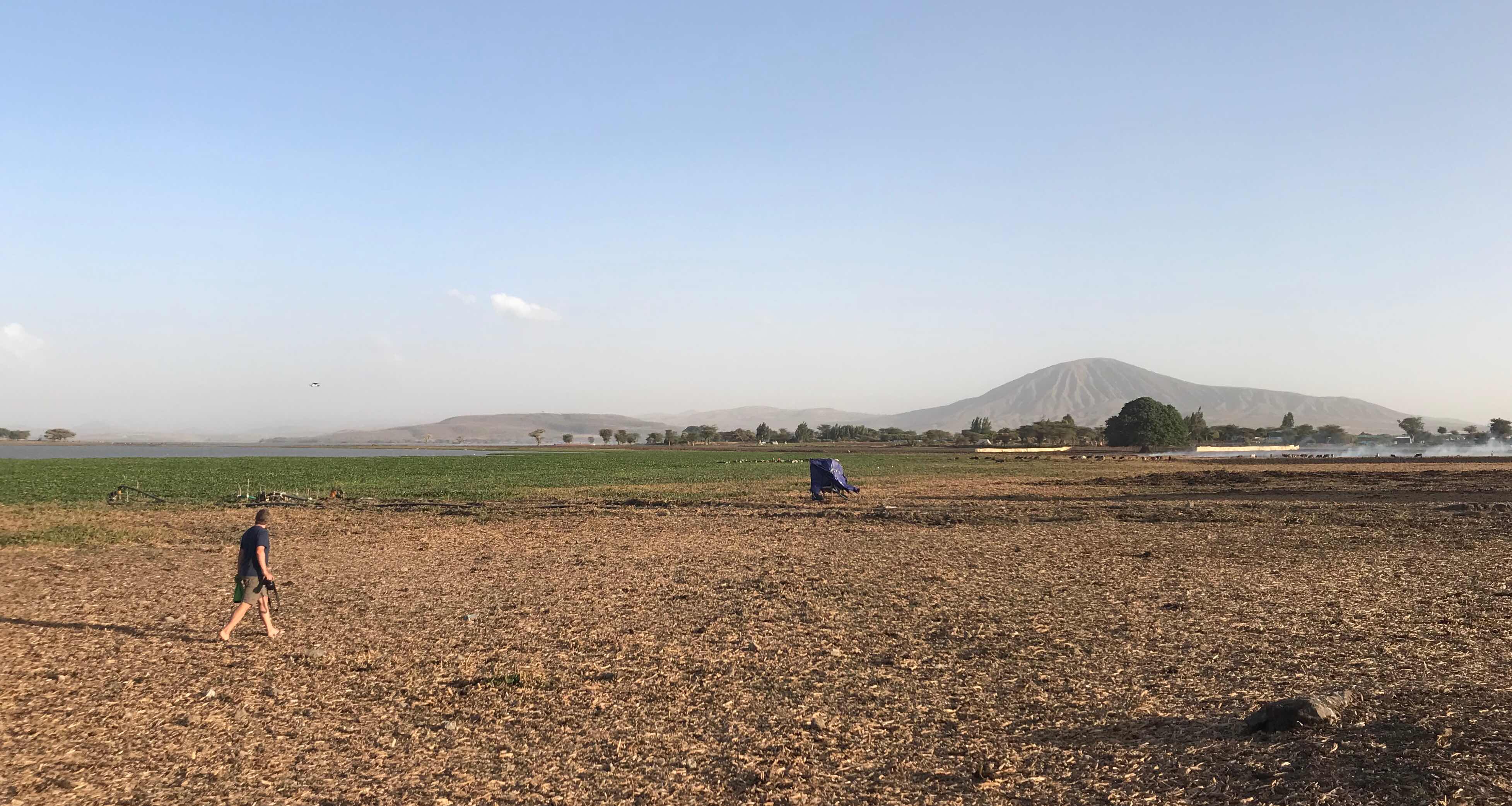 Fred walking towards the volcano! 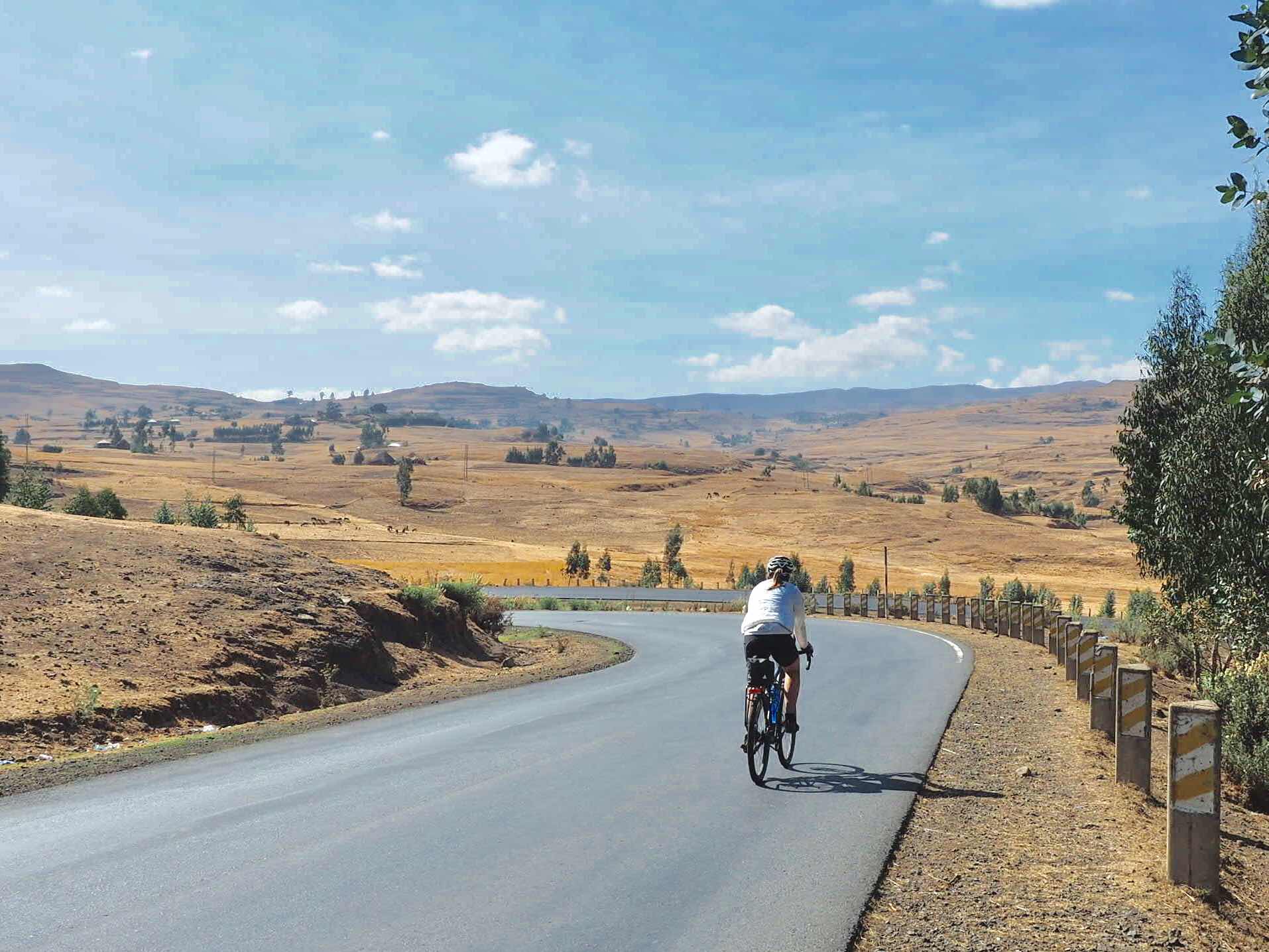 Me! The day before yesterday, thnx to Gerry! 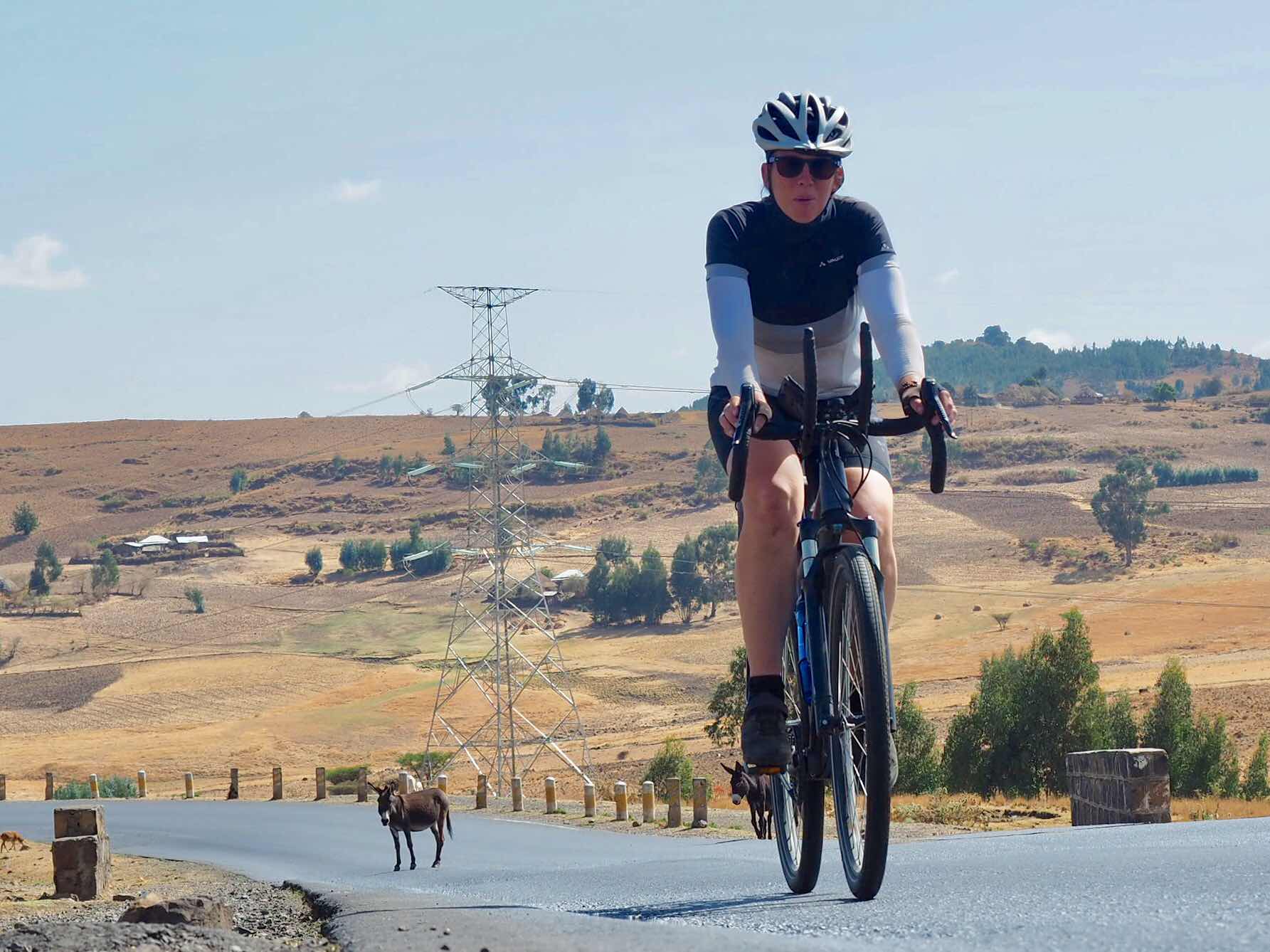 Me again! I look very athletic. I’m not!