Today was the last day of our three day stretch between Bahir Dar and Addis Ababa. It was also our 3rd consequtive day of climbing. After having climbed about 1800 meters on the gorge day and some 1100 meters yesterday, there remained some 1300 meters of elevation gain for today. 4200 vertical meters in 3 days

I had it tough today. The first 35k were okay, with very gradual rolling hils, which was okay and I pedalled my way through them. However the 30k that followed had higher highs and lower lows, with steep climbs in between. And I’m just not made for these undulating landscapes. Going up, going down, going up, going down. Stop and go, stop and go.
On the last hill I was quite done and to make things worse I was approached by an angry looking 4 or 5 year old, demanding my money and holding his bolded fist high above his head. It’s amazing how a kid this young can look so angry. I slowed down a bid and showed him my open hand and told him that I had no money. “Give me your money!” He said. I stopped and turned to him and showed him my open hand again: “I have no money.” Then I put out my hand to give him a high five instead. The angry look was replaced by a confused face, because why was my hand hanging in the air like that. “Money?”. Then his sister came and she new exactly what to do with my hand hanging in the air and highfived it.
Now the little kid understood and high fived me too. The confused look turned into a happy face that more befits a child of his age. Sparkle in his eyes, big smile. Next was the fistbump, or box, and the joy of the kids became even greater. Last up was a handshake to say goodbye. The sister showed how to do it and the boy followed her example again. And then we said goodbye and I left two happy children behind 🙂 some 20 meters down the road stood two adults, presumably his parents, and they thanked me for giving them a bit of attention. It’s all heart warming… A smile brings a person a long way…
After that short encounter I made it to lunch and felt quite done. I had it tough today. Nice thing however is that everyone had it tough today. Third long day of climbing on an altitude. It’s nice to know that you’re not the only one struggeling 🙂
After lunch it was 28k to our rendeze vous point before the start of our convoy into Addis. It were a hard 28k. All cyclists set out at once so I was in the midst of the entire group, between lots and lots of traffic, accompanying exhaust gasses and on bad roads. There were just to much stimuli for my liking and I just wanted to make it to the rendez vous point, so gave it all I had and blasted myself onto the last hill.
After the rendeze vous point we convoyed into the city. Landcruiser at the front, slow cyclists behind the landcruiser, faster riders behind the slow riders and the ethiopian van at the back. The only thing I liked about the convoy was that we got to annoy the hell out of the motorists on the road. I really like pissing off people by being on a bike. It gives me pleassure 🙂 Other than that the convoy is just a horrible thing….
So I made it to Addis! The insanity about it all is that I already was here 4 days ago. Could have easily stayed and relaxed and waited for the group here. I chose not to… Even more insane is that I did the stretch between Bahir Dar and Addis three times now: once by plane, once by car and once by bike. And to be honoust: the bike beats the plane and the car 🙂 really happy that I made it through. Tomorrow we’ll have a easy restday in Addis! I’m in need of it!!! 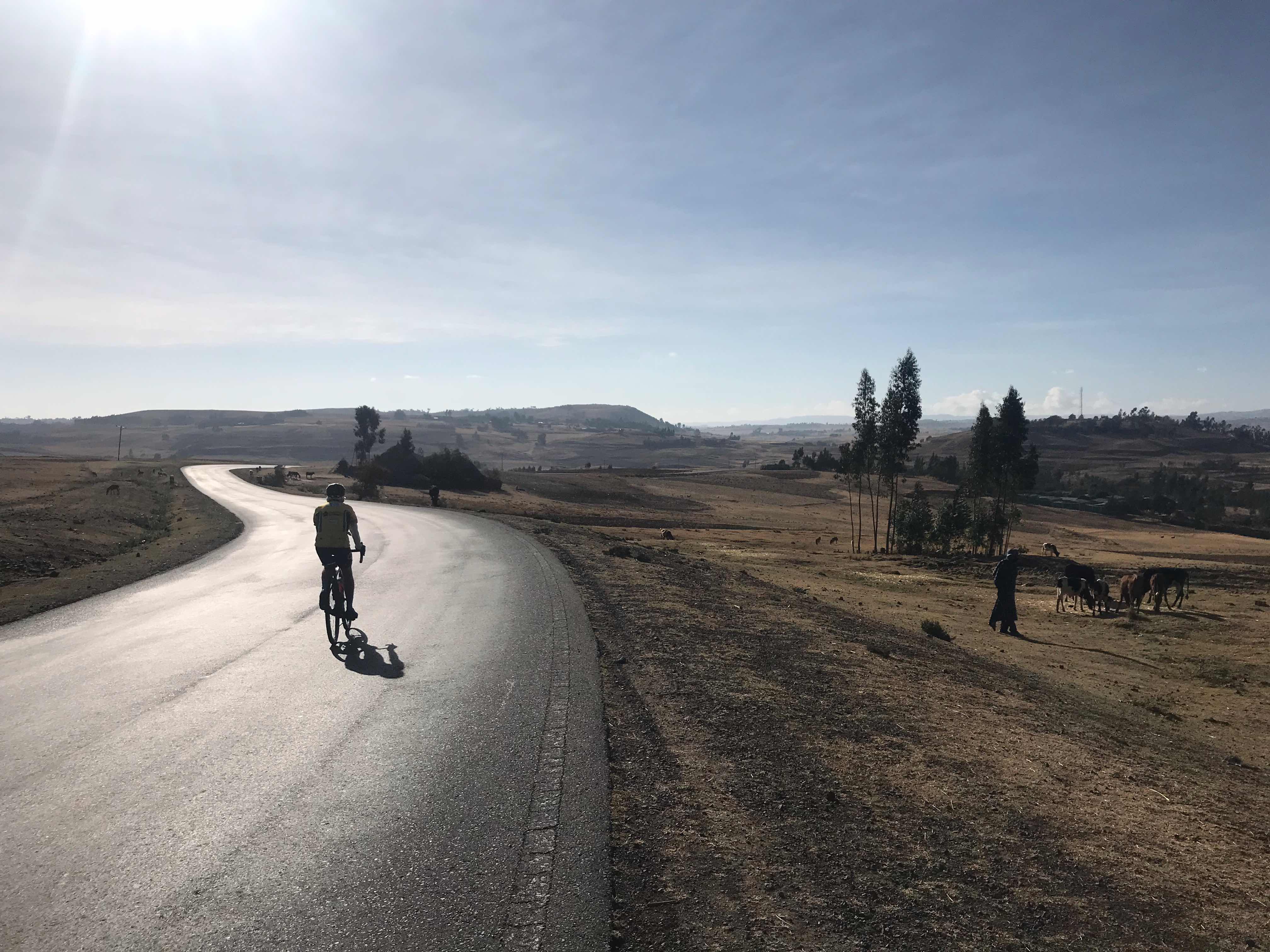 Tim starting on the downhill 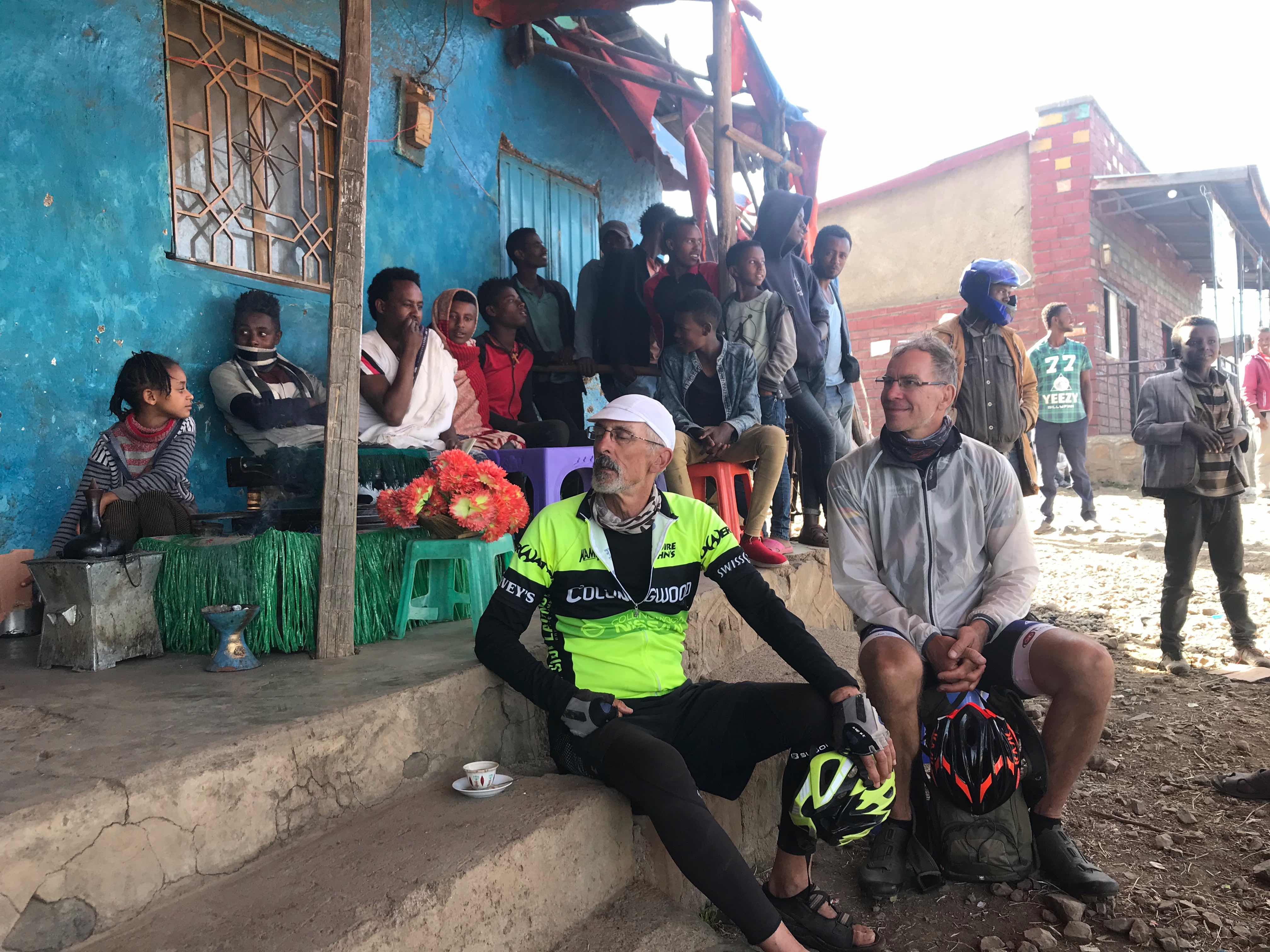 Mr Tom and Mr Andrew at a cokestop, surrounded by curious locals… 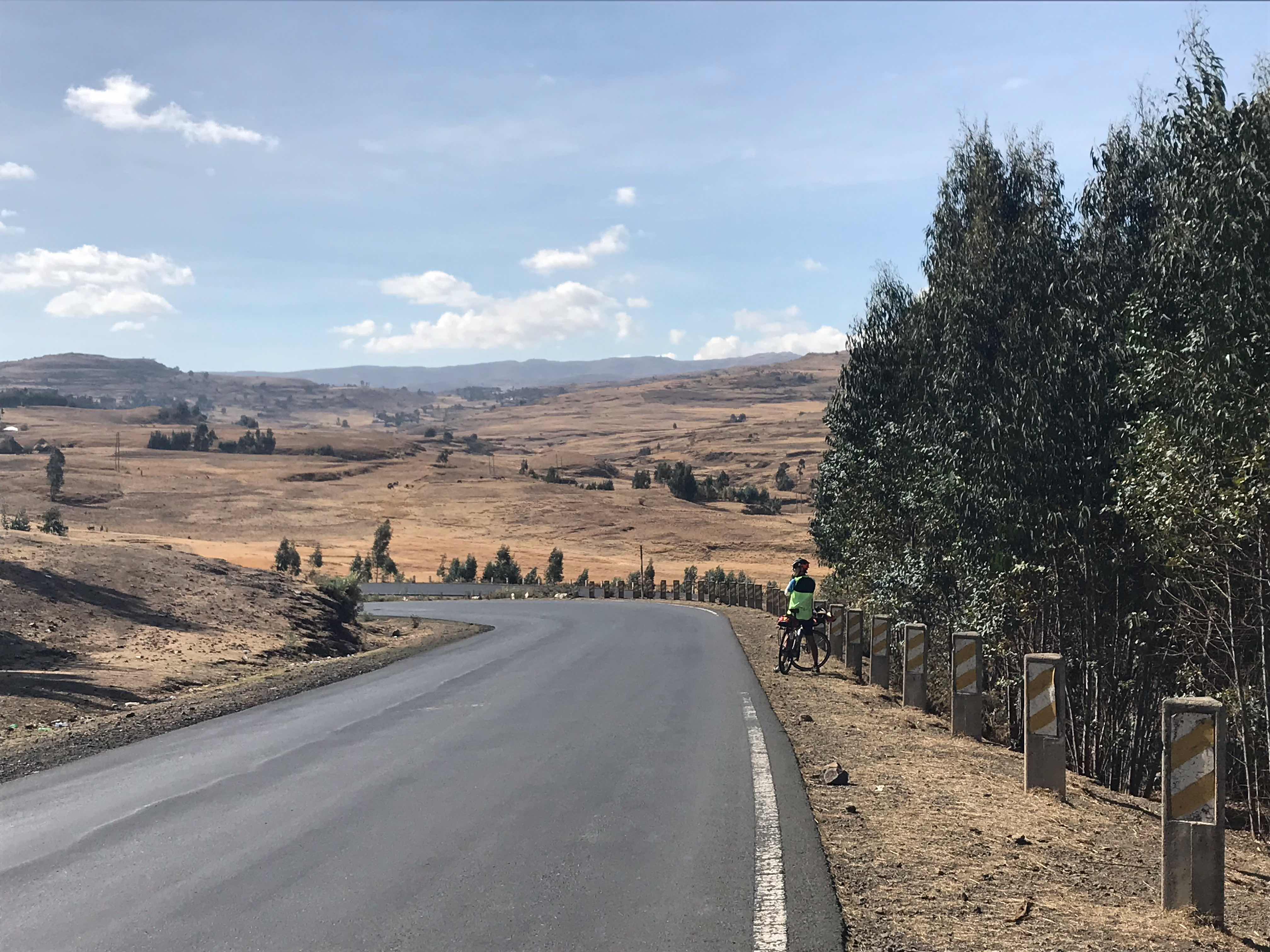 Gerry stopping to take a picture of the endless amazing landscapes! 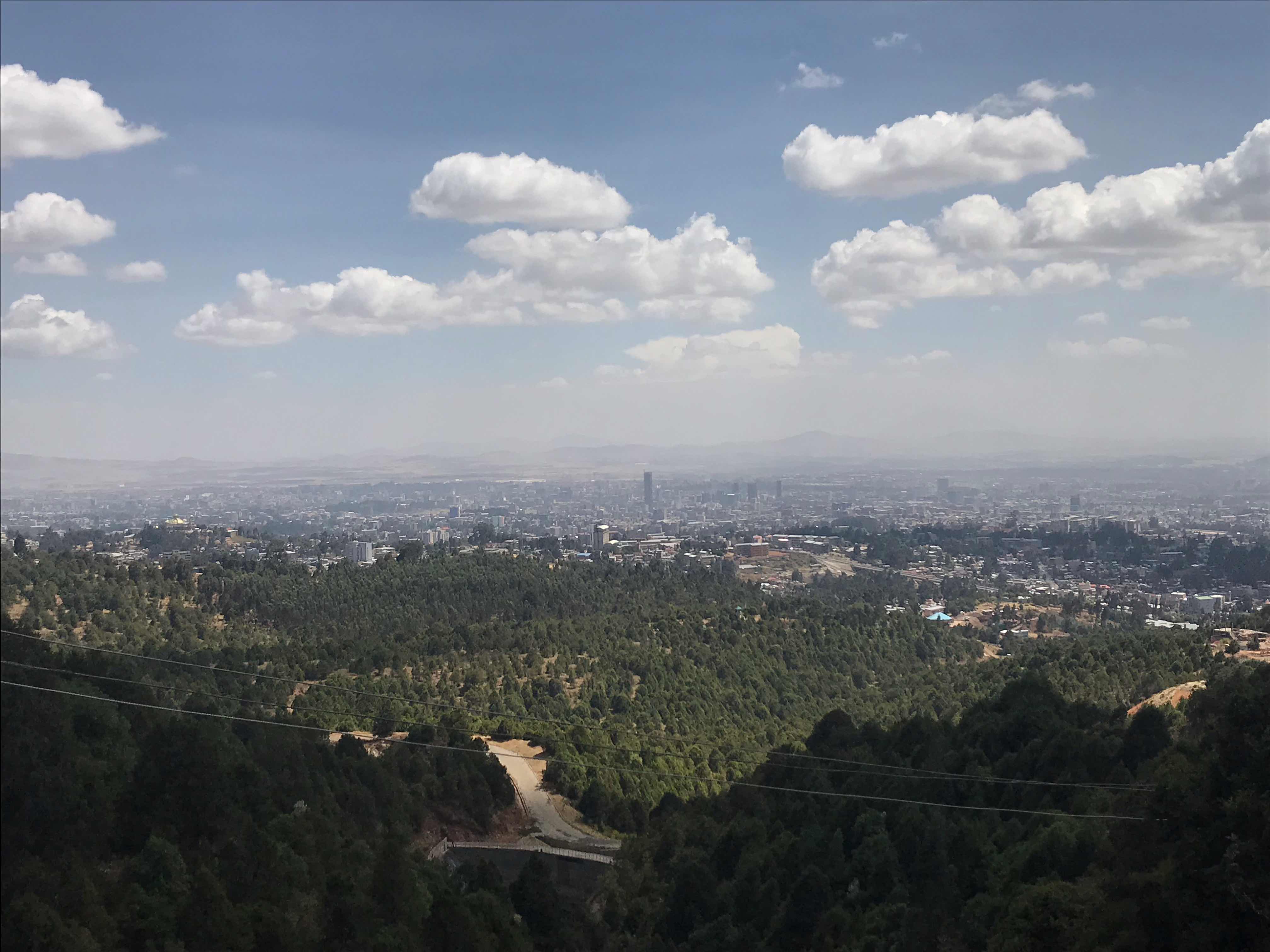