Really great day today! I’m very glad that I just spend only the 10 hours in the Netherlands and that all flights were uneventfull, because I wouldn’t have want to missed today!

I left early from camp this morning to beat the heat. The first 50k of today’s ride were just rolling hills and I put them behind me as fast as possible. Lunch was at the 50k mark, at the edge of the Blue Nile Gorge, which is some 1350 meters deep! Views from the edge are just stunning…
After lunch followed a 20k descent into the gorge, which was very nice 🙂 The road surfaces were not that good, but my bike with its wide tires and front suspension was just very happy 🙂 I overtook many of the faster riders on the downhill, which felt good 🙂
At the bottom of the gorge we crossed the Blue Nile. It’s pretty amazing that we’ve followed the Nile all the way from Egypt to this point! And the gorge it has created here in Ethiopia over millions of years is just spectacular…
After crossing the bridge followed 20k of uphill. Luckily there were baboons and views and interesting looking birds all around to distract us from the physical excertion 🙂 I just took it really slow… reached 5k pretty fast. And at 10k I had a coke with the three sectional Brits. And after that the steepest hottest hardest parts were done 🙂 It felt really good to make it to the top though:-) Especially after making the daytrip back home 🙂
The afternoon was pretty nice, watching the other riders come up through the last hairpins while drinking a coke. And the view over the gorgewas just amazing. Somehow these kind of views are so much more stunning, beautifull and breathtaking when you worked for it 🙂 I put up my tent right next to the gorge, allowing me to see this view from inside my tent!
We just had diner and it has started raining pretty hard. At this moment I’m not quite sure whether I’m still as happy with the spot that I chose to put up my tent. I just hope it will not wash into the gorge 🙂 A bunch of us is sitting underneath a canopy and wait for it to stop raining. A local guy has made a camp fire though, amd we have some wine, so we are pretty comfortable at the moment. Pretty good evening after a pretty good day! Lets just hope the tent survives this first African thunderstorm!

The gorge at lunch. We first went down, and after that we went up again. 1350 meters deep… 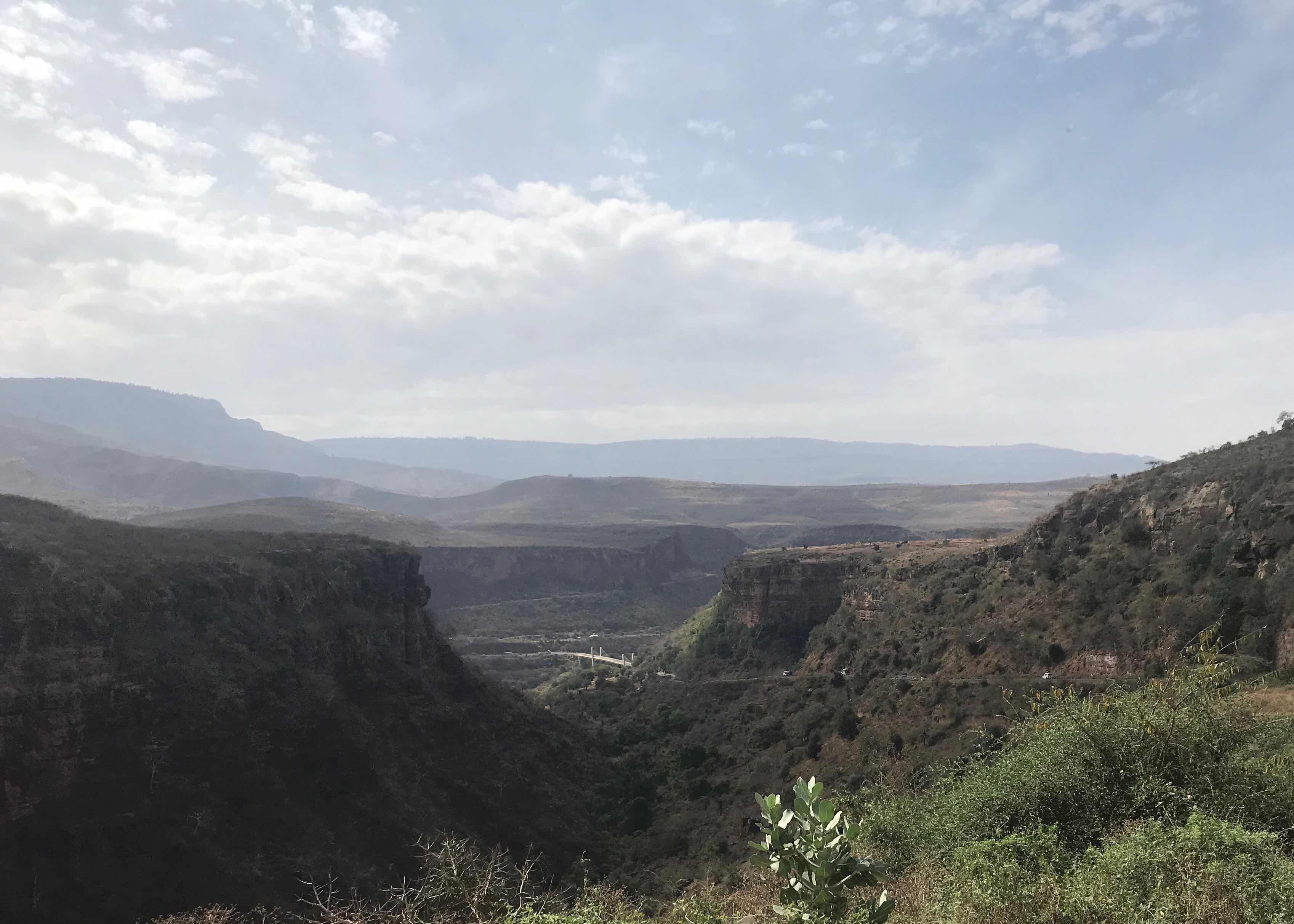 Almost down, first look on the bridge over the blue Nile… 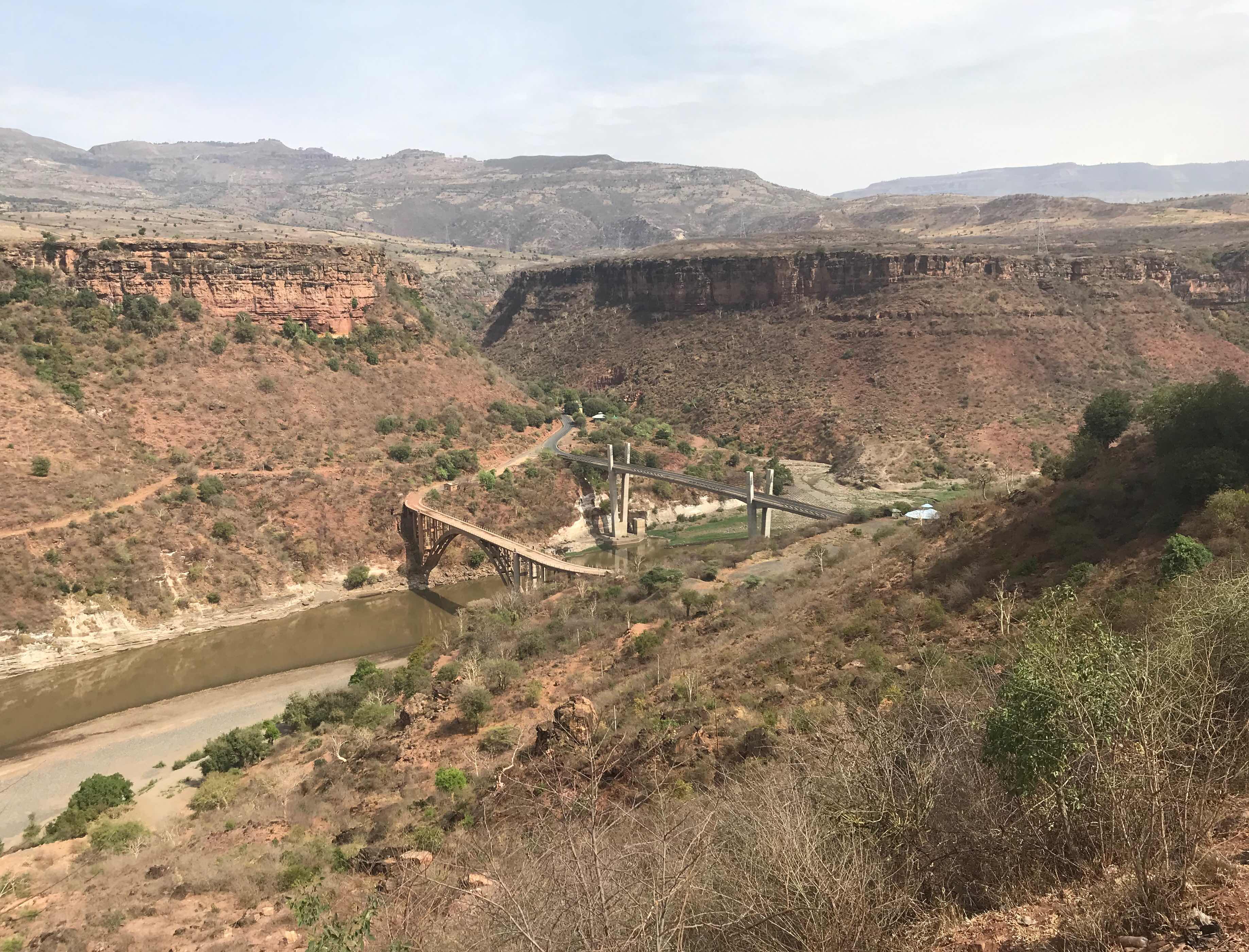 On the other side of the bridge… the big climb has started! 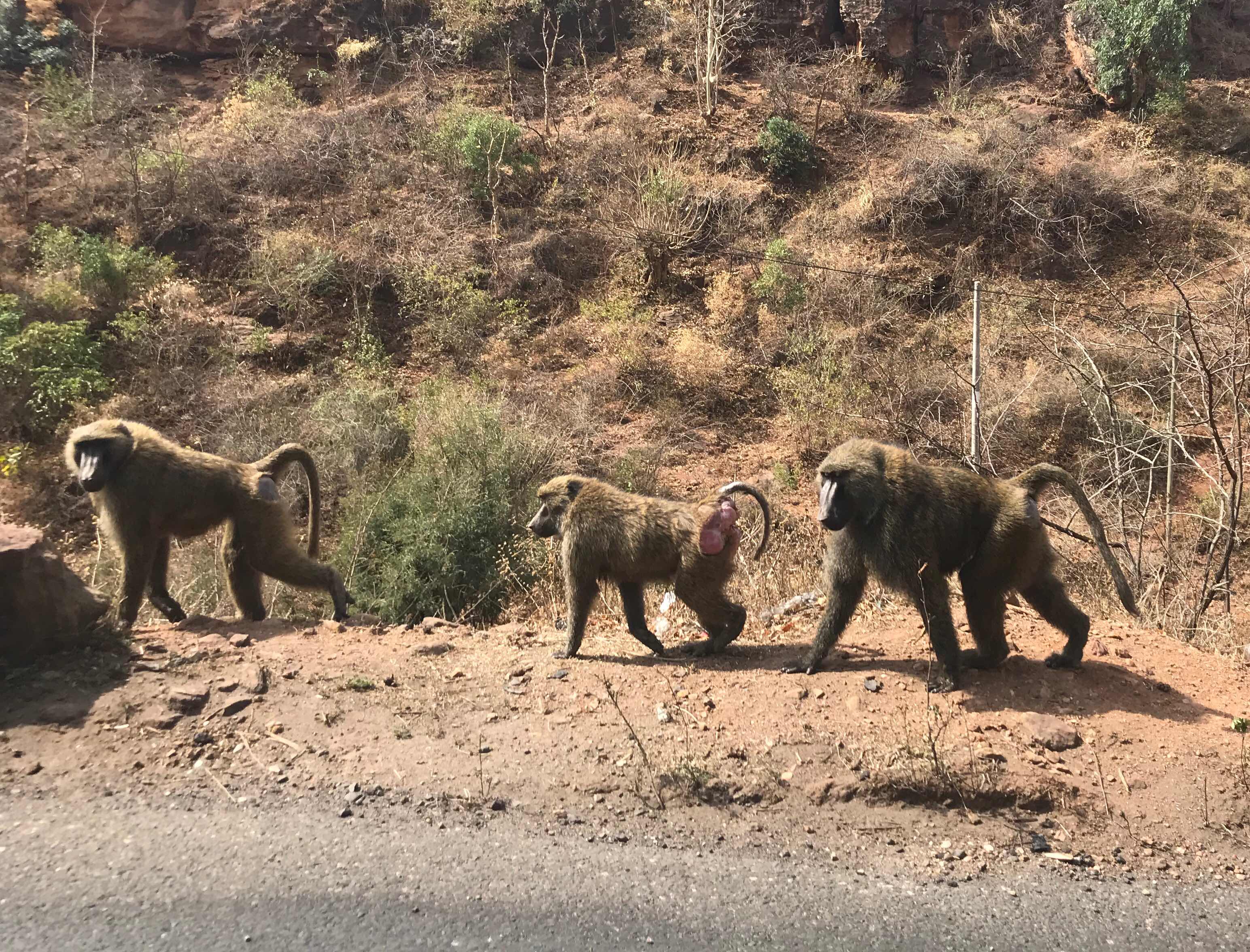 Many baboons in the gorge! Pretty cool! 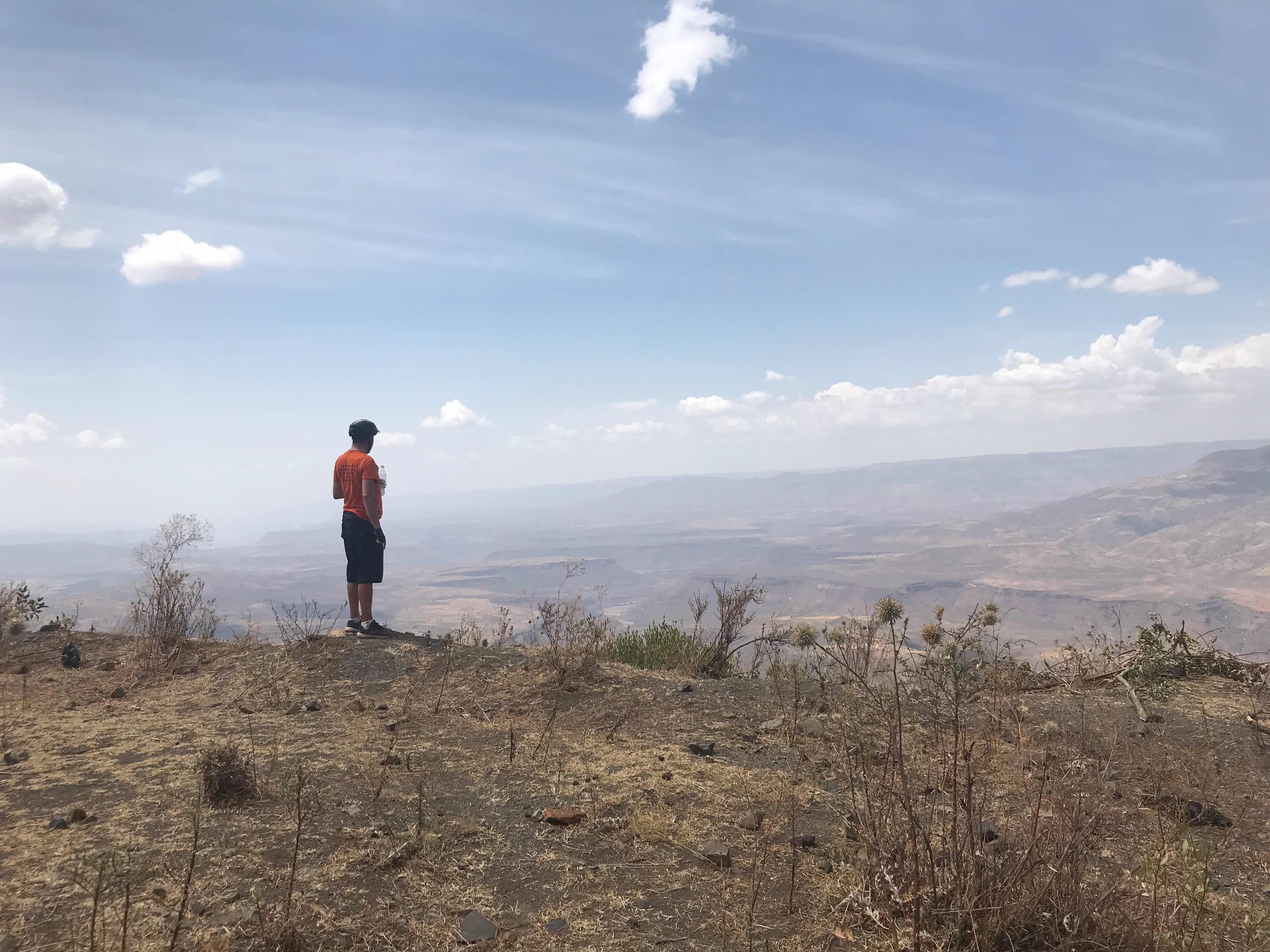 Views are just stunning! Scott agreed with me.. 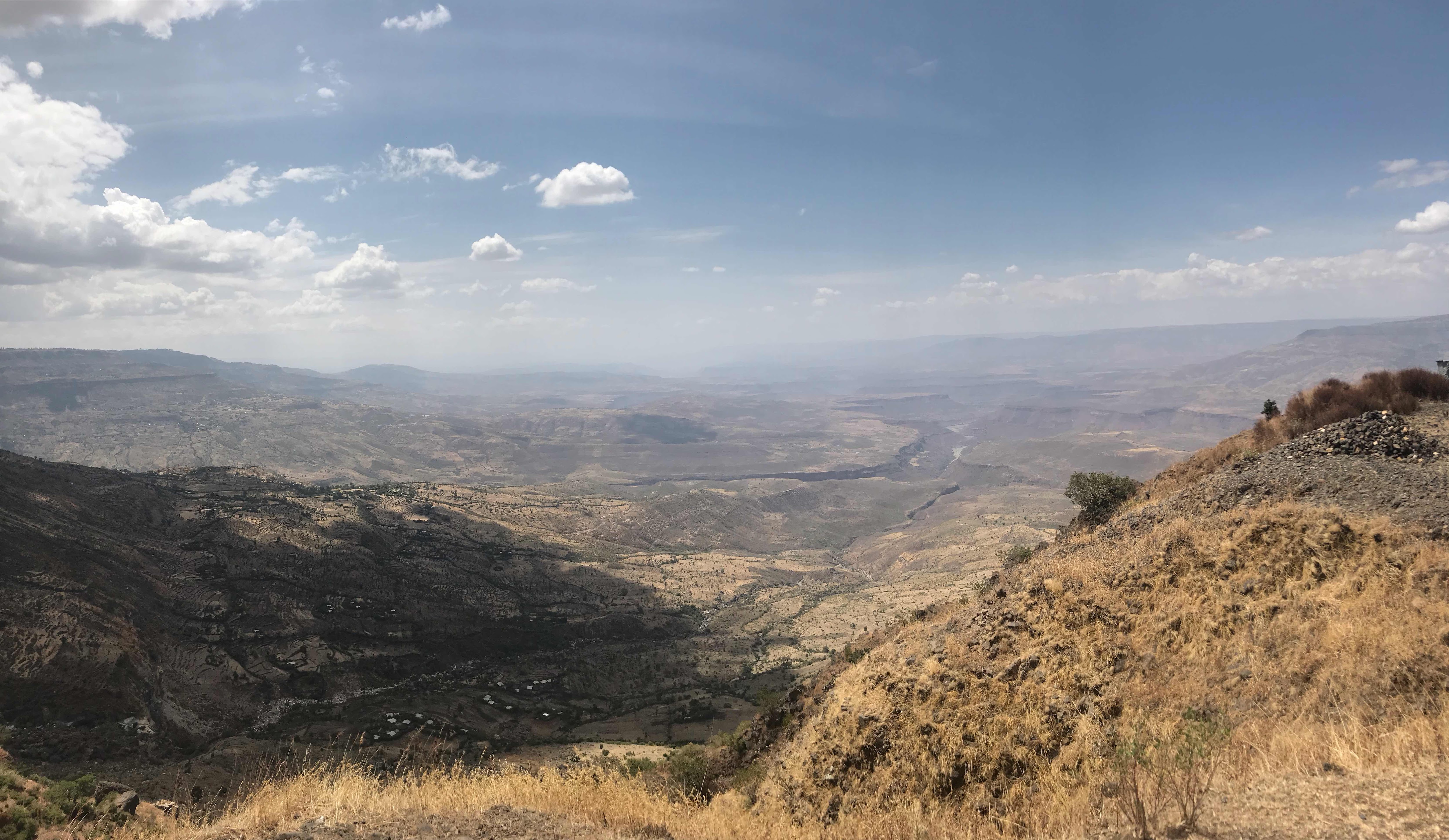 The reward after a couple of hours of hard work! 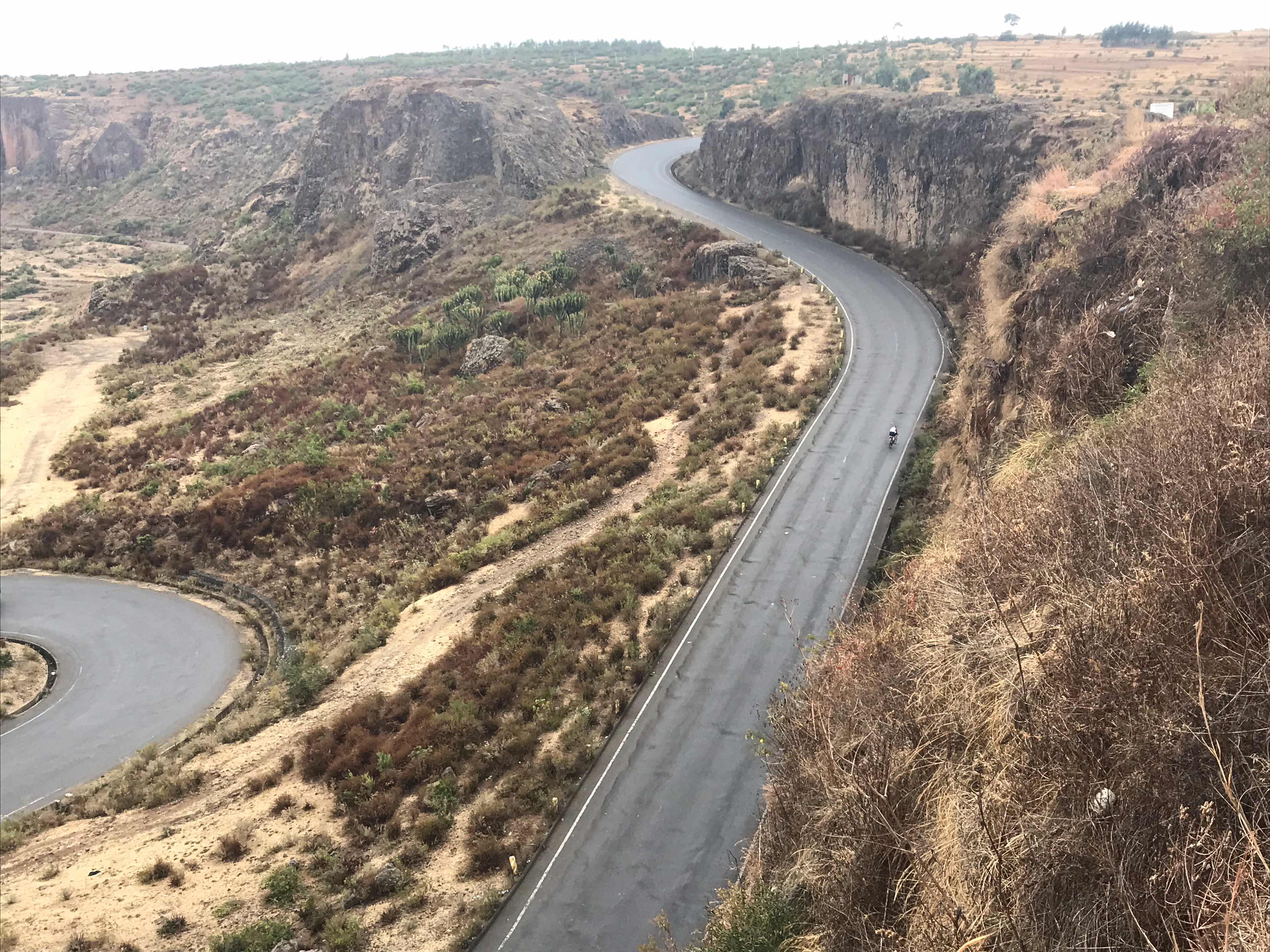 Watching other riders making it up! 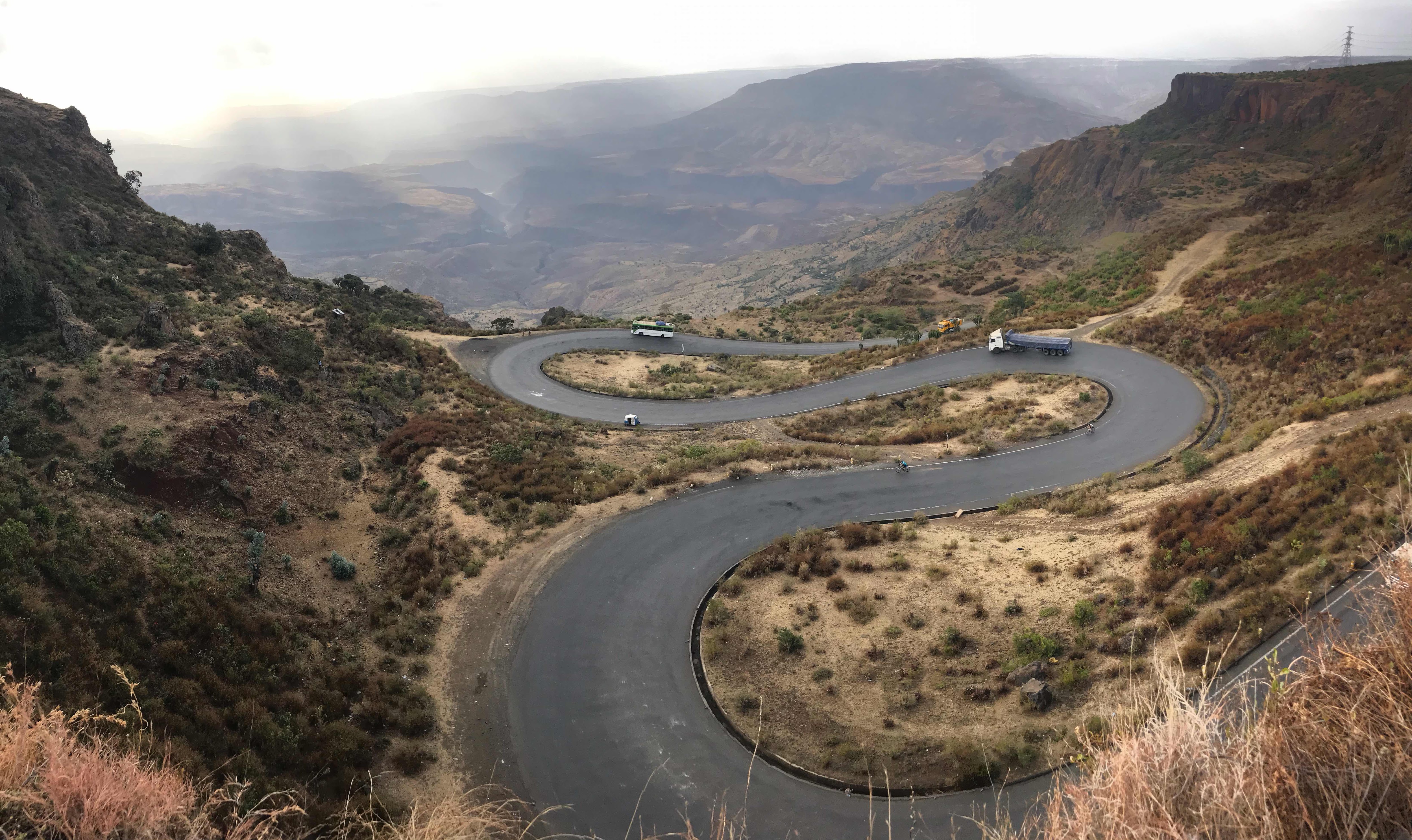 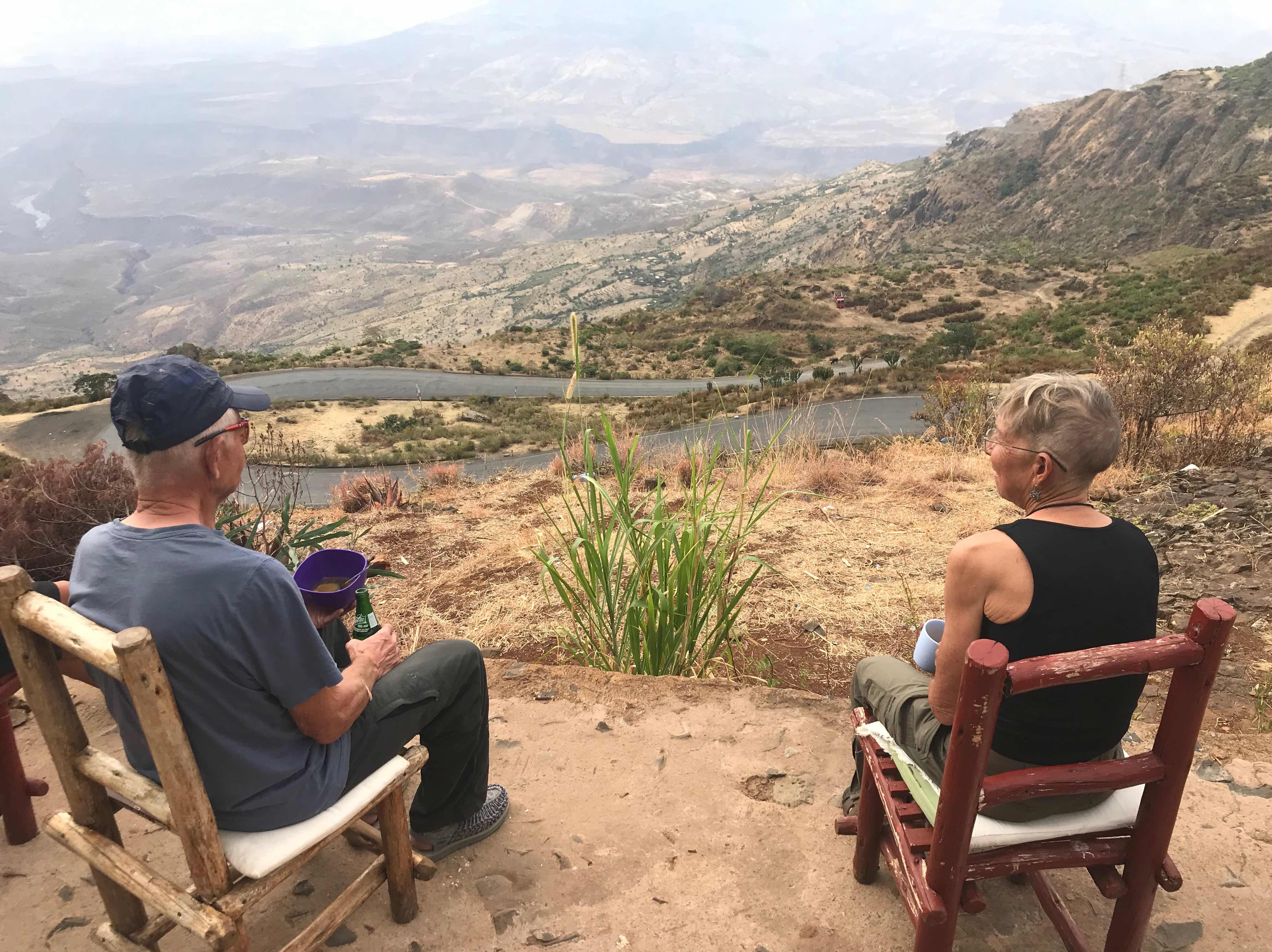 And I’m in awe of them as well, 70-something and 60-something years old! 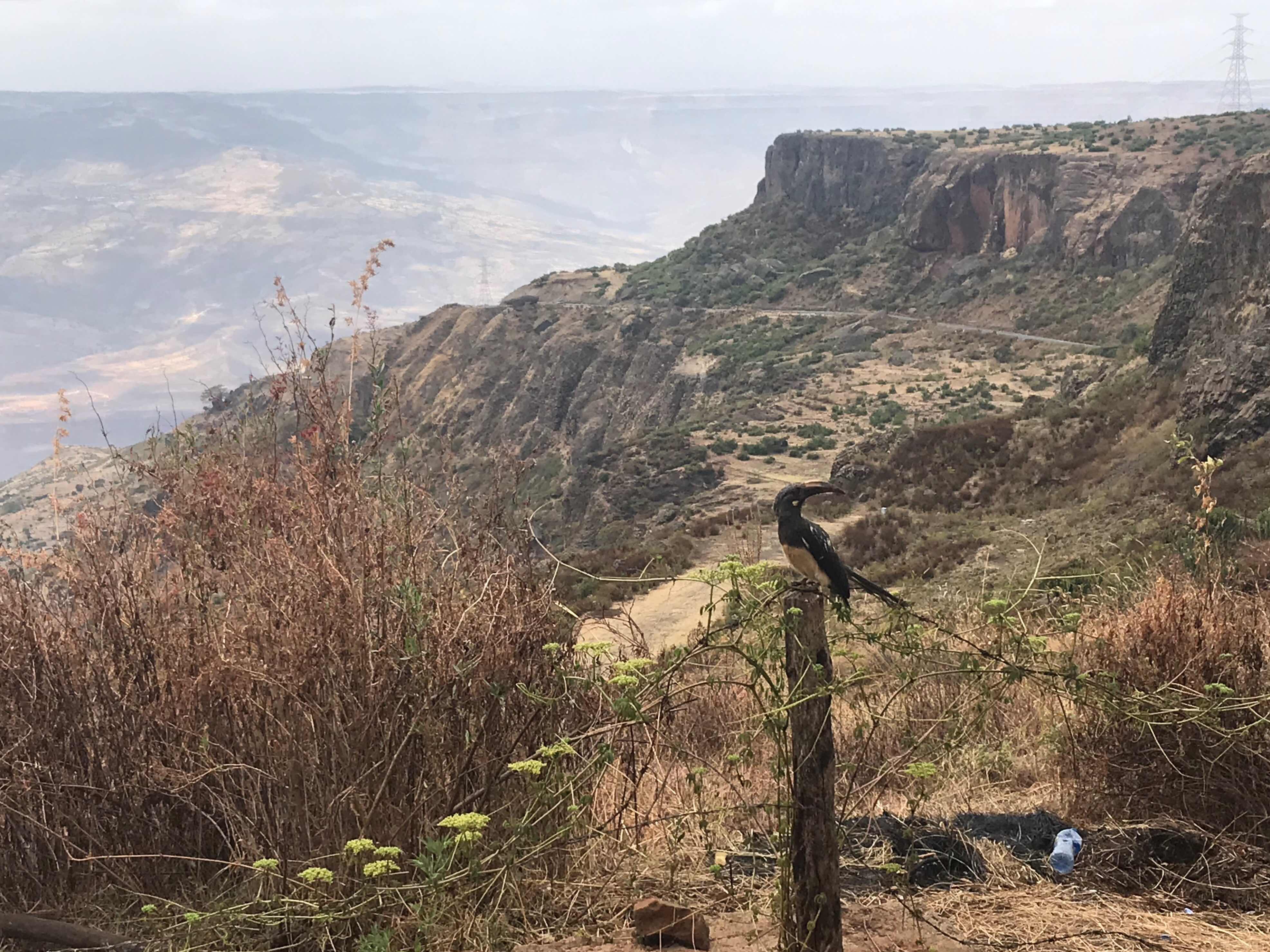