Yes, today we had a 2nd restday at Dongola, which was originally not scheduled. The 2019 Tour was supposed to take a new route compared to earlier editions, but due to the current unrests in Sudan, TDA – together with local authorities – decided that it was better to stick to the old and familiar route and routine. The intended new route included an extra day of cycling to lead the route along the archeological site of Jebel Barkal, so by sticking to the old route we will be skipping one day of cycling. It’s al okay by me. I trust the TDA staff to keep me safe and if this is what it takes, that is fine by me 🙂 Can’t really say I was frustrated by having two rest days either. It was actually quite nice to be off the bike for a bit 🙂

This morning Vikas, Ashley and I repeated yesterday’s morning routine. We joined the line for bread, got some fruit and ordered coffee and tea at the coffee shop. While enjoying our breakfast we saw how the Sudanese got in a long line on the street to get their gas tanks filled. And yesterday we saw similar lines forming at petrol stations. The current unrests in Sudan are caused by the government abolishing subsidies on fuels and wheat, making fuels and products made out of wheat more expensive. The abolishment of the subsidies has led to a snowball effect. Produce became more and more expensive, so people started stockpiling, which has lead to shortages of produce, which drove up the prices even more, which lead to more hoarding, which leads to even bigger shortages, etc etc.
The abolishment of the subsidies on fuel and wheat was actually adviced by the IMF, because the subsidies drove Sudan’s national debt through the roof. The country’s economy is just not providing enough money to be able to pay for the subsidies. The country has seen economic problems since the 1970’s. Sudan has been struggeling with economic reform ever since. In the 2000’s the country created some relief by increasing oil production and export, but since South Sudan became independend in 2011, Sudan has lost 75% of its oil reserves and with that the main driver of its economy. Economic reforms have not really taken off, also due to the economic and trade sanctions imposed by the United States. However, most of these sanctions have been lifted in 2017 and the country hasn’t seen any economic improvement since then either. So people are now calling for action. The Government needs to reform, and for that reason president Omar al Bashir – who has been in office since 1993 – needs to go. And it’s especially the educated younger generation that sees that things need to change….
The people here in Dongola joined the lines in a very orderly fashion. At the bakery one guy tried to cut the line and was collectively thrown out of it. Members of the community take care of each other. However, the question is how long a community can keep up with that. At this point there is still enough bread to share it with those crazy cycling foreigners and Tuc Tuc’s are still driving everywhere. But the inflation rate over 2018 was almost 73%, the 2nd highest in the world after Venezuela. The future of Sudan all depends on whether the country will be able to keep these shortages as minimal as possible. If shortages increase and people will no longer be able to feed bread to their families, I fear that those lines will not stay as orderly as we’ve seen them today. Survival instinct will kick in, with all accompanying side effects… 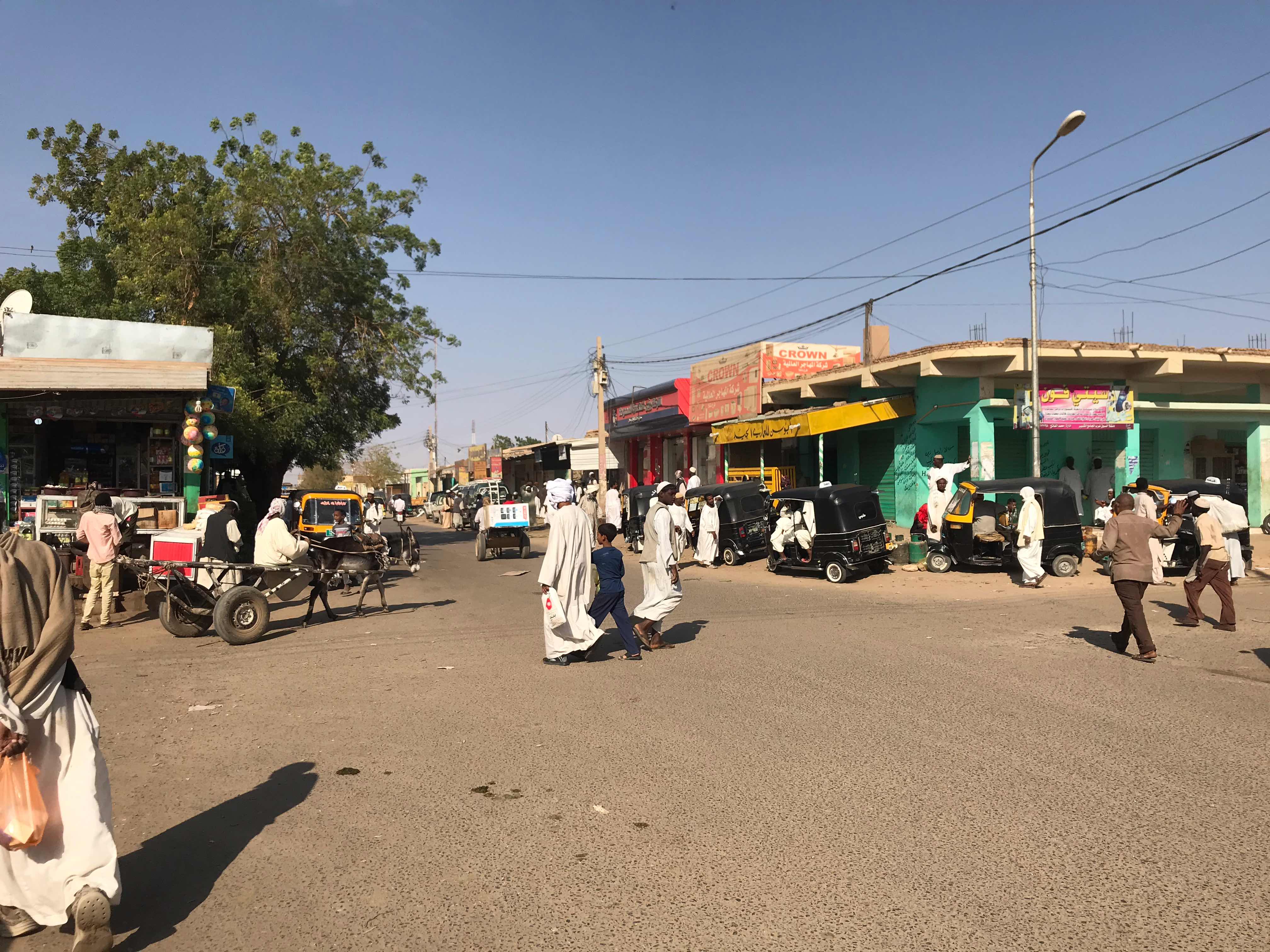 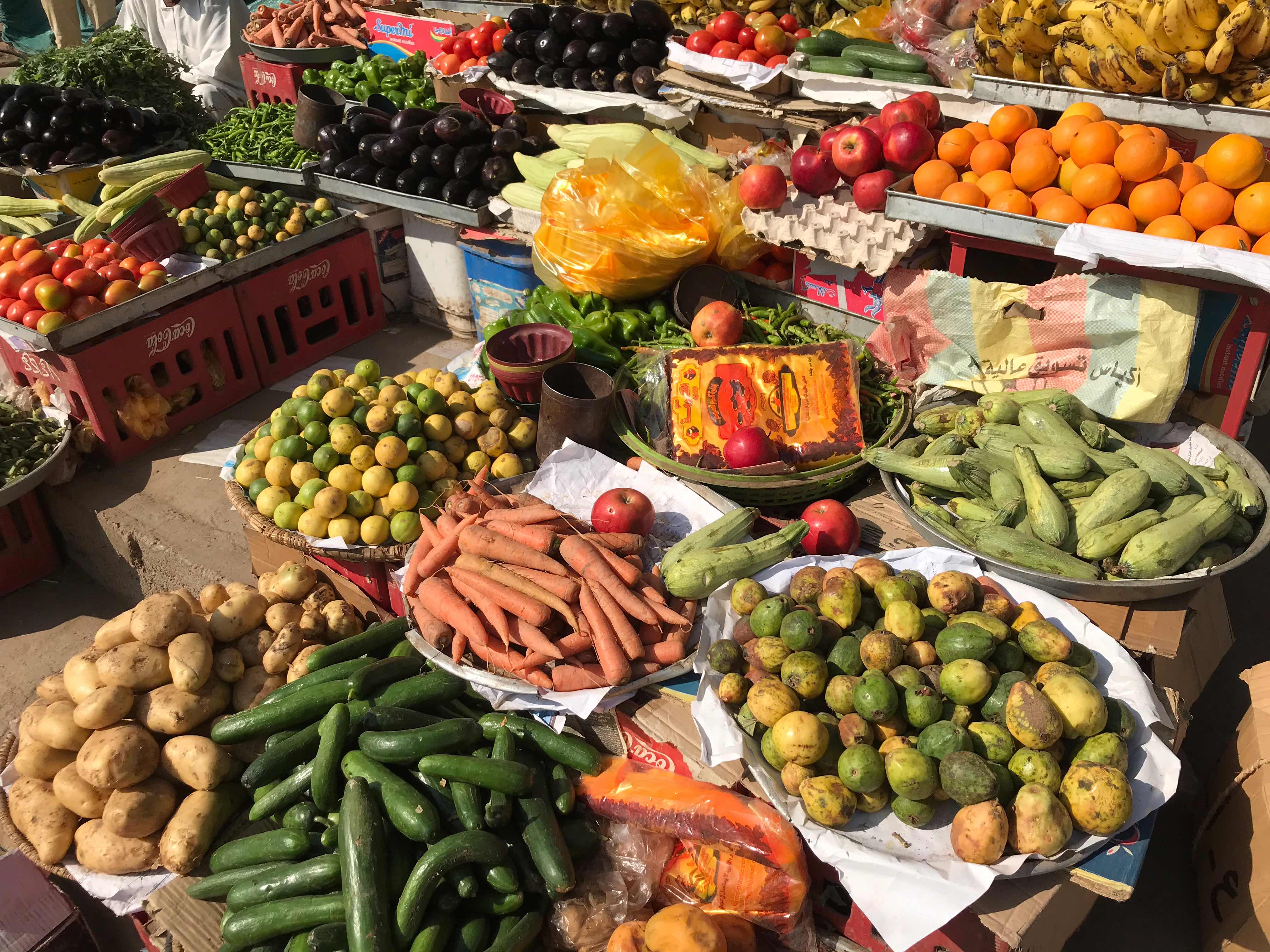 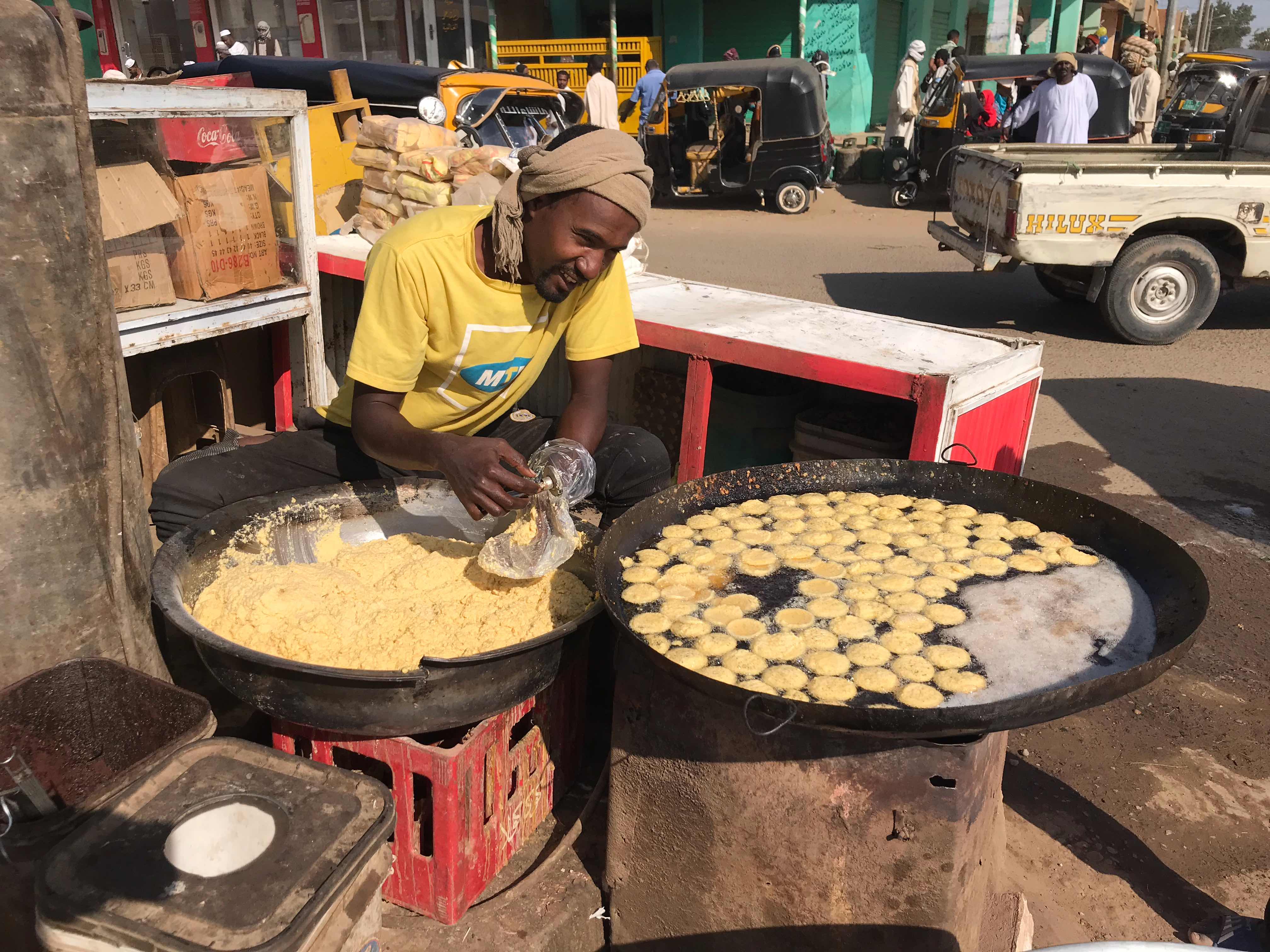 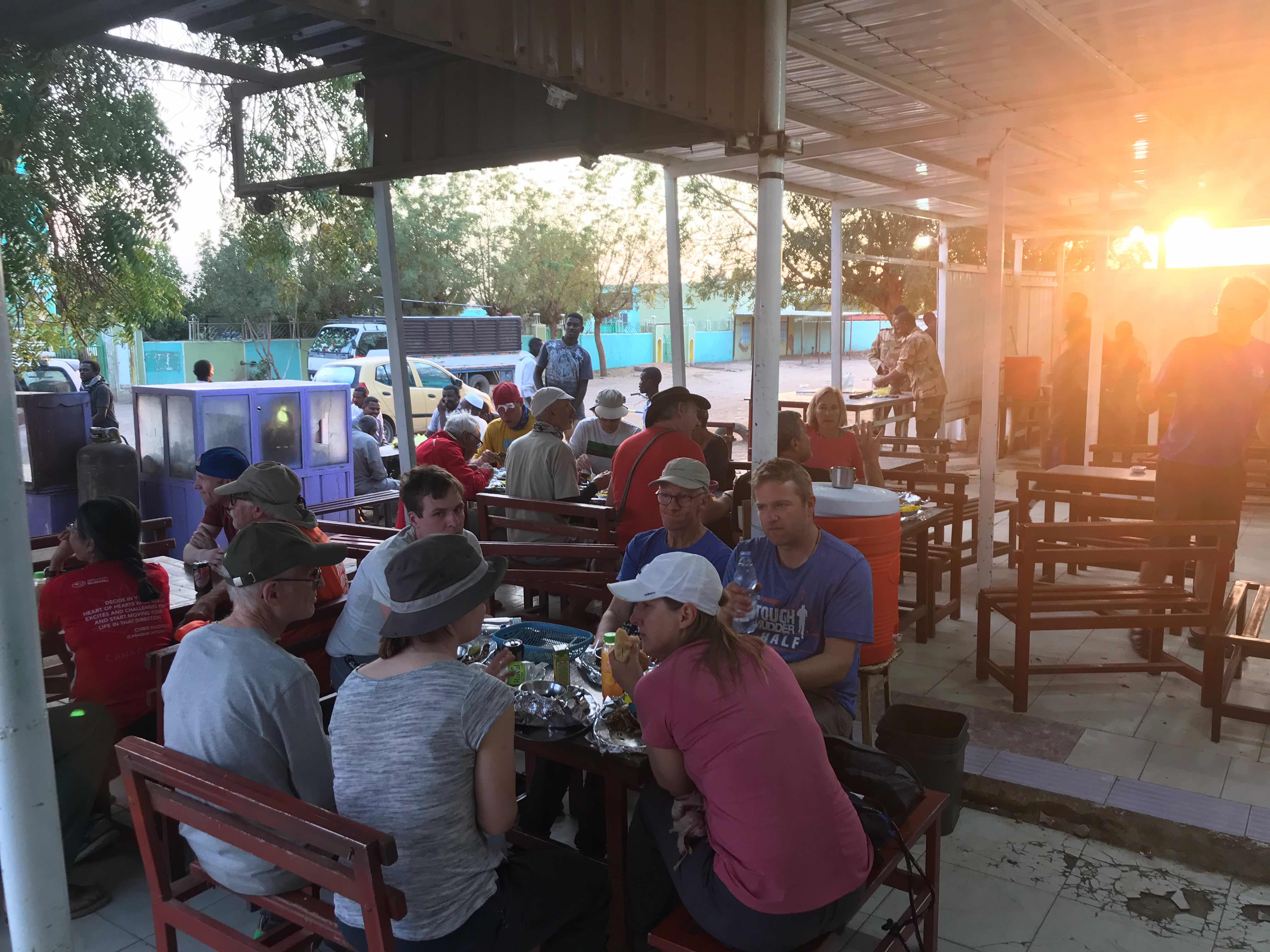 All the white TDA’ers taking over the local chicken place in the evening!
No pictures of lines forming for petrol stations or to get gas. It’s kind of a sensitive topic around here…