Abu Simbel is famous for its two temples that were commissioned by Ramses II in the 13th century bc. One temples is to honour himself and one of them is to honour his queen Nefertari. Both temples are carved into the side of the mountain. What makes these temples even more special is that they were moved between 1964 and 1968 from the Nile valley to a 65 meter higher plateau to avoid the temples from being flooded by lake Nasser after construction of the Aswan Dam. They cut the mountains and the temples into large blocks and just moved them!

A group of us left the campsite at 600 to see the temples during a suposedly great sunrise, but unfortunately it was clouded so there was no sunrise to whitness. It was nice and quiet at the site of the temples though… And the temples are a great sight! That they were moved makes them even more impressive 🙂
Visiting the temples took about 1,5 hours and after that I was ready for breakfast. So together with Vikas I went to the Seti hotel for breakfast buffet, which was just great. Once there Ashley joined us and we spent some 2,5 hours hording the buffet. I just want to grasp every opportunity I can to get some luxury and good food, because for the next four nights we’ll be camping in the desert again.
After breakfast we headed back to the campsite and together with Vikas I washed my clothes. To everyone’s amusement it had been a long time since I did my own laundry and for that reason I’m not very skilled at it, but in the end everyone was quite impressed with me that I got my clothesline filled with freshley laundered clothes. After the clothes the bike was up for a wash, which after yesterday’s sandstorm was really very dusty. At around noon all these chores were done and I had a short sleep in my tent. After that I headed of to the Seti hotel again, this time for lunch and together with Fiona.
At around 300 we returned to the campsite to sort our permanent bags and to attend the rider meeting. Tomorrow we’ll take a ferry to the other side of Lake Nasser. From there it is a 35k ride to the border with Sudan, where we will leave Egypt and enter our 2nd country of the tour! Tallis, our Tour Director, filled us in on border crossing proceedings and on the current developments in Sudan. Currently there is some kind of Arabic Spring going on, so the latest plan is that we will probably bypass the capital Khartoum by bus to avoid any potential unpleasant situations. We will hear more about this during our next restday, which is after four days of riding in a little town called Dongola. Lets see what happens.
After the rider meeting I headed back to the Seti hotel again. This time for dinner and together with Baldr. It’s just a very nice place and after 10 days of cycling it just made me happy 🙂 Later during the evening we were joined by Vikas and some others and we had beers ans wines. No alcohol in Sudan, so tonight was the last night we could enjoy some last drinks. Tomorrow we leave Egypt! It was a great experience cycling here!
Not sure on connectivity in Sudan and whether the VPN that I downloaded will work… It might become quiet on the blog for a while from now on… 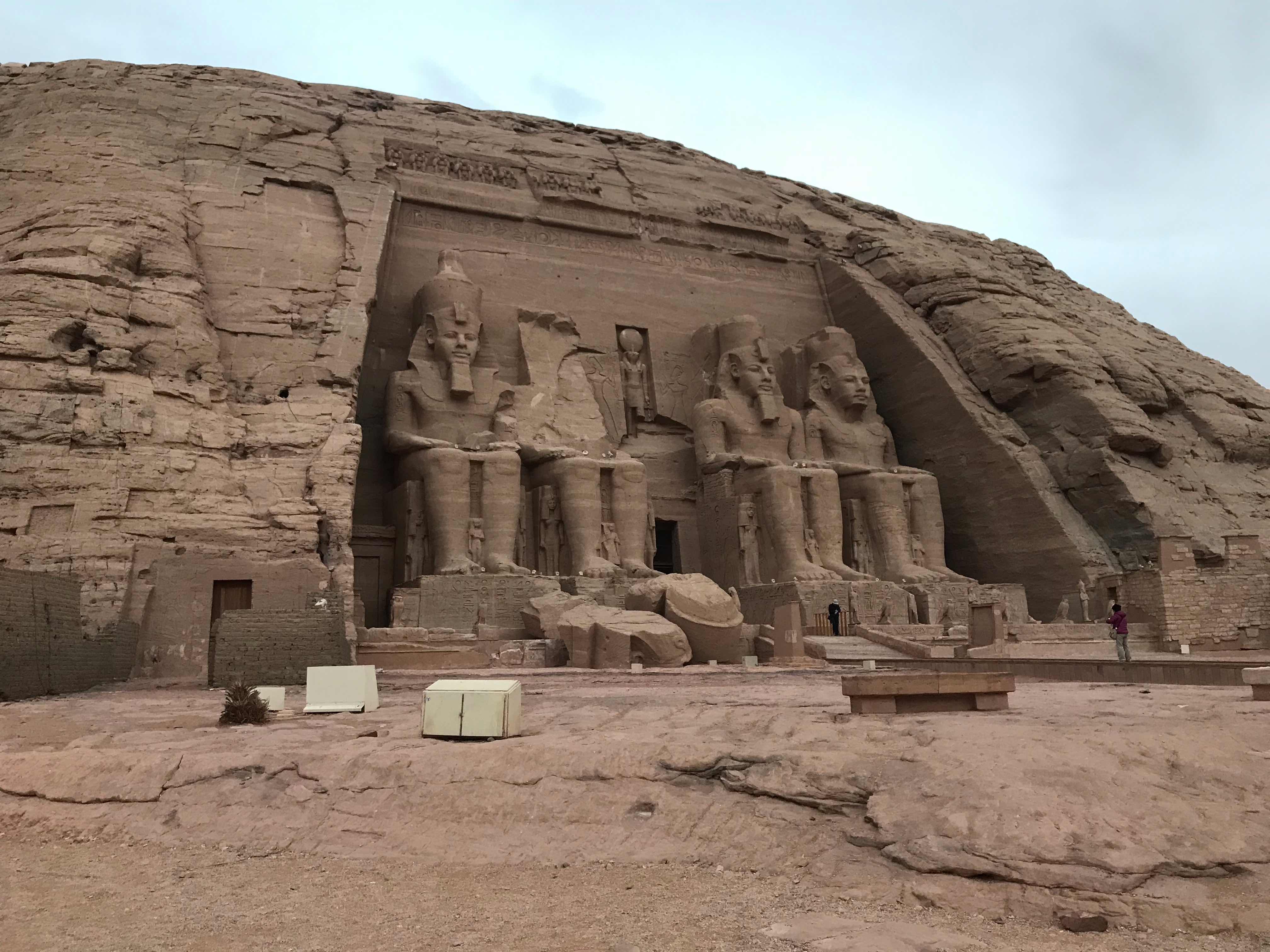 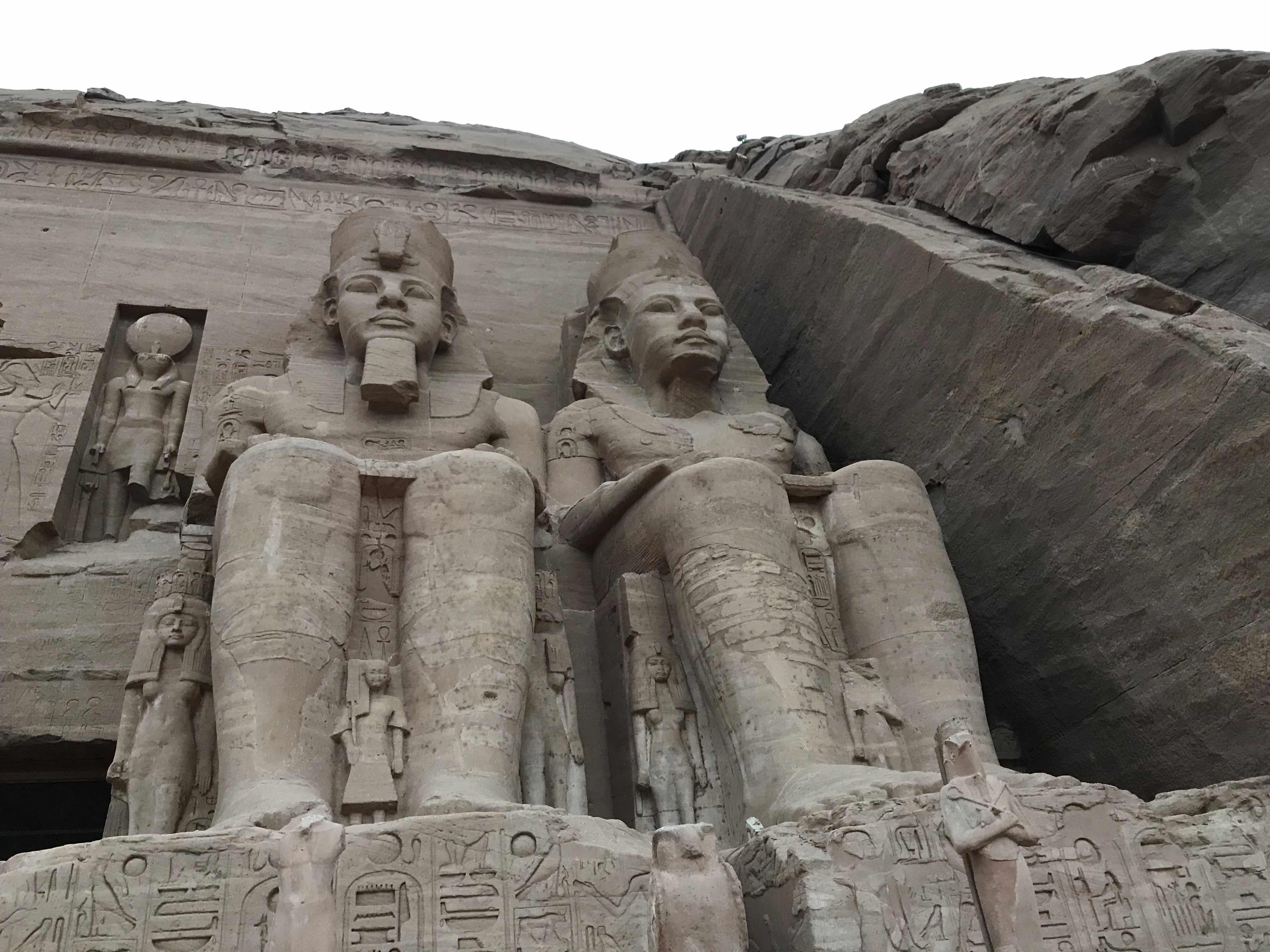 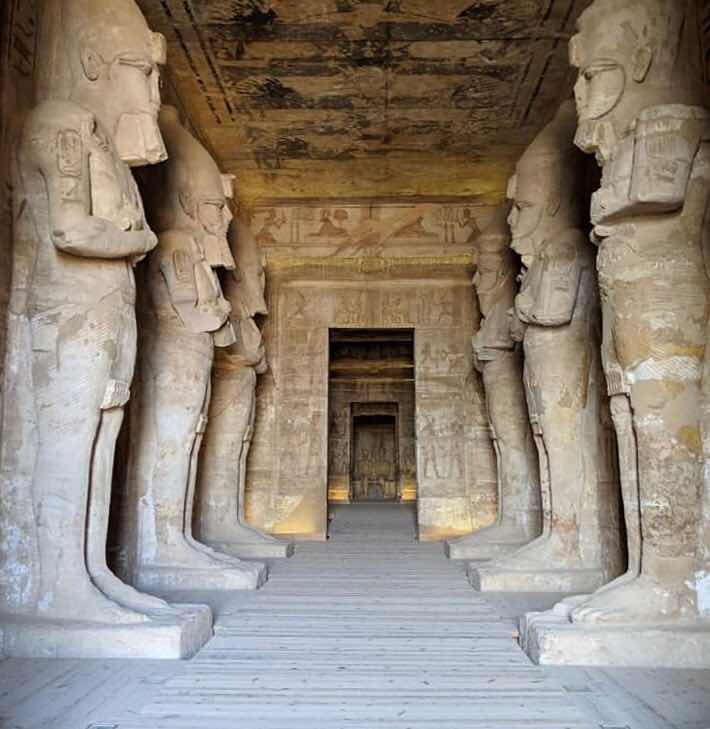 Very big inside as well! 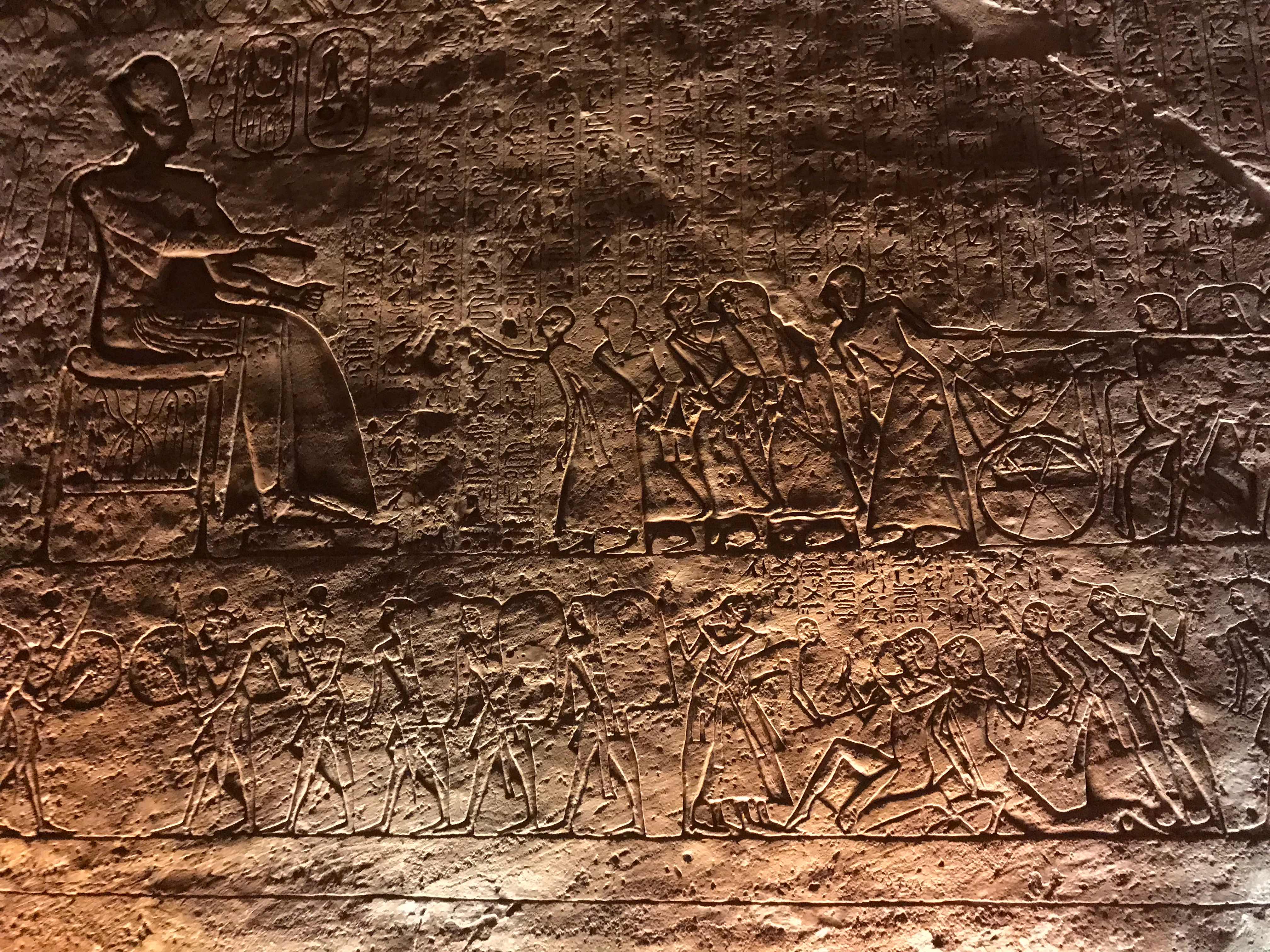 The walls are full of carvings depicting Ramses II many battles and victories. 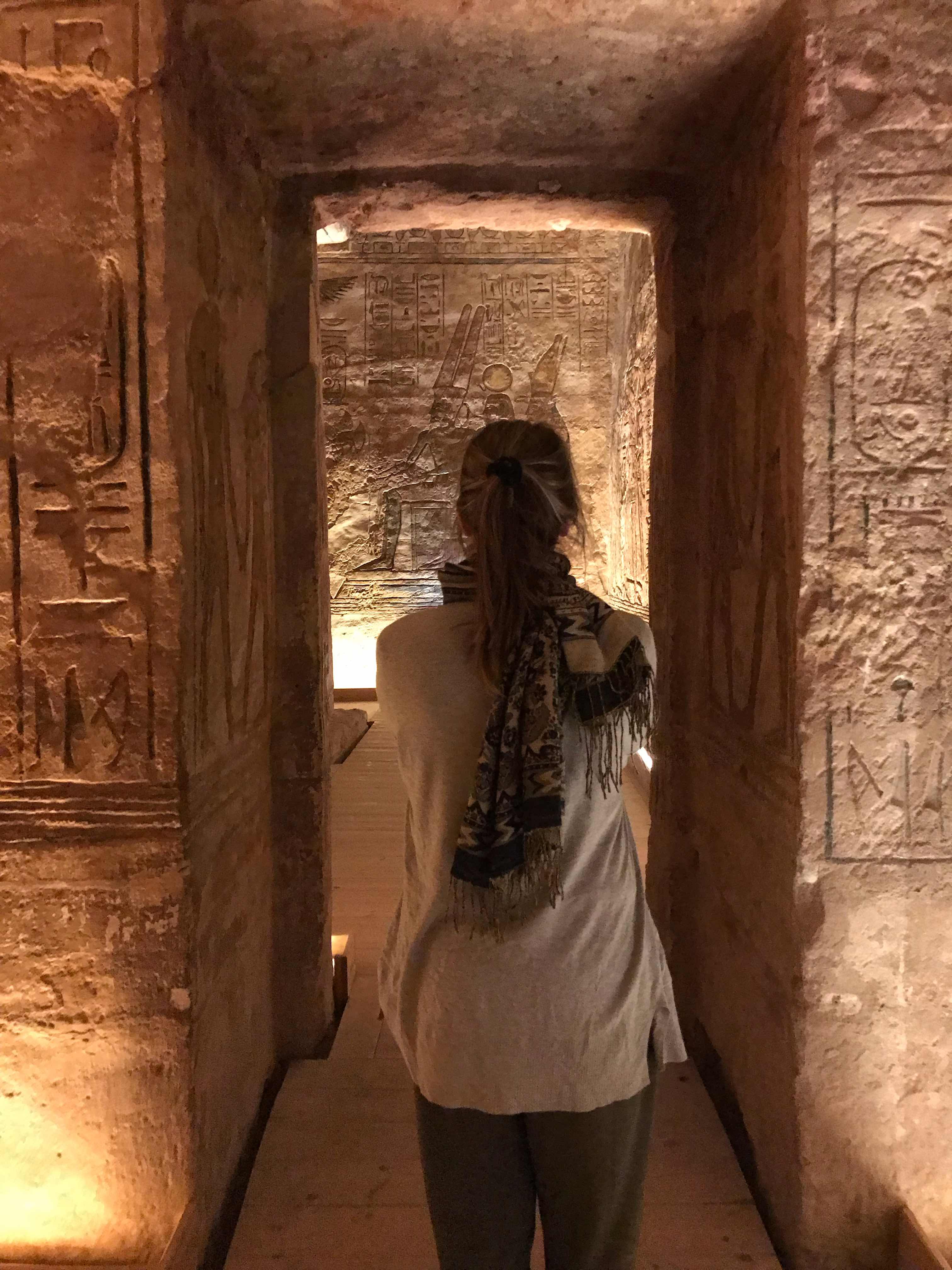 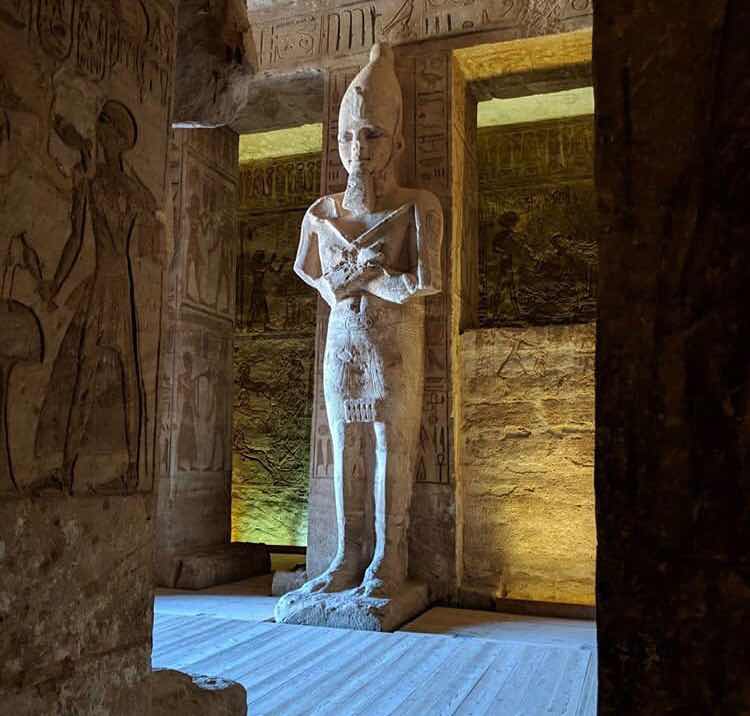 He contemplating as well…. 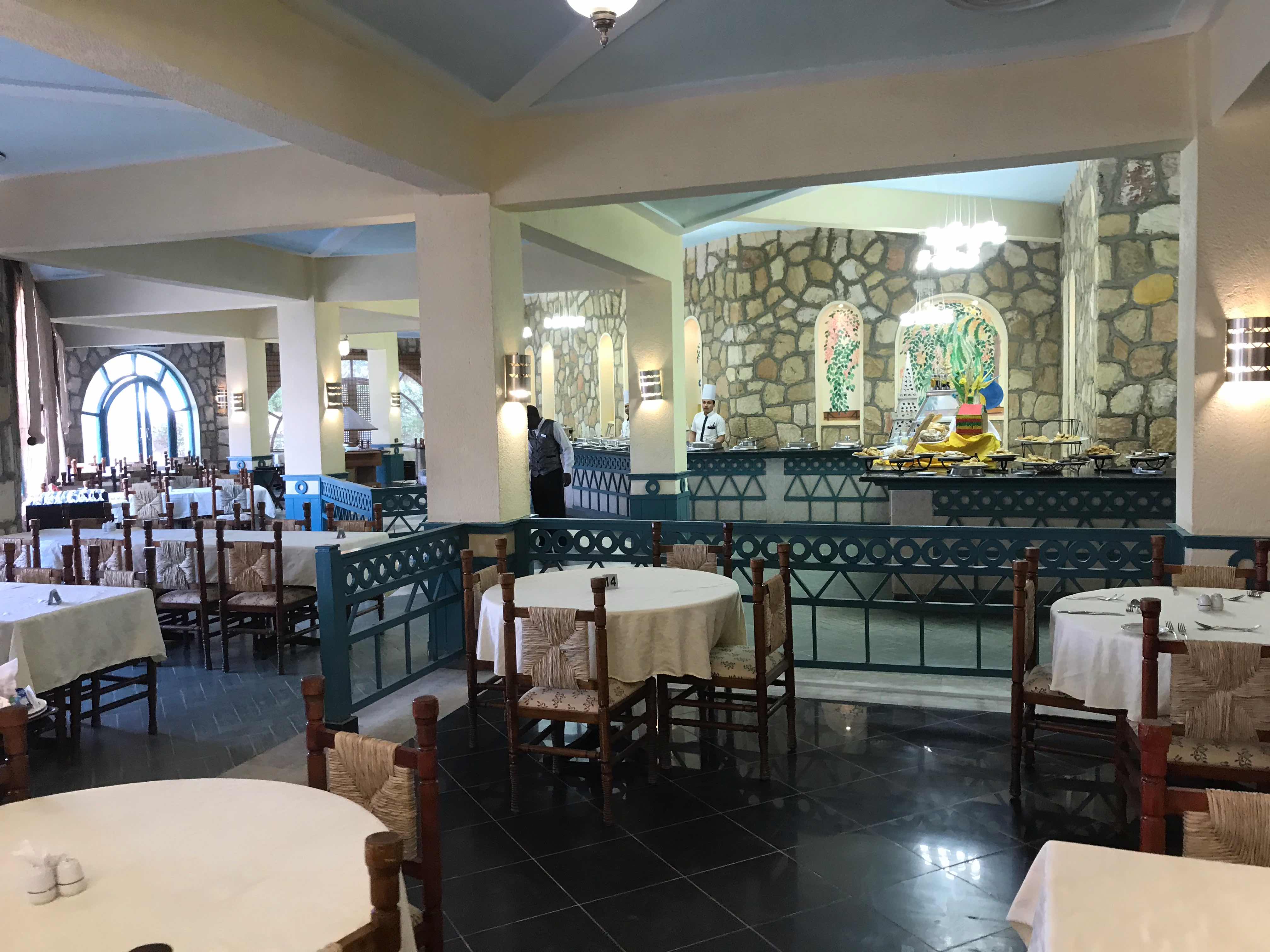 And then breakfast buffet! 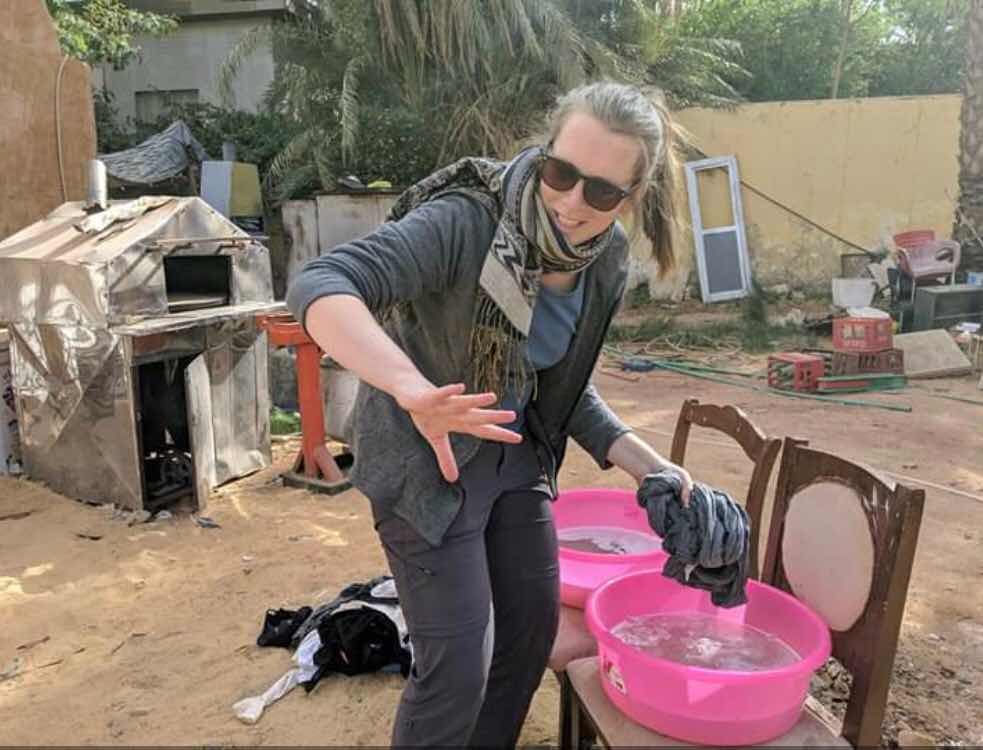 And after that me doing laundry 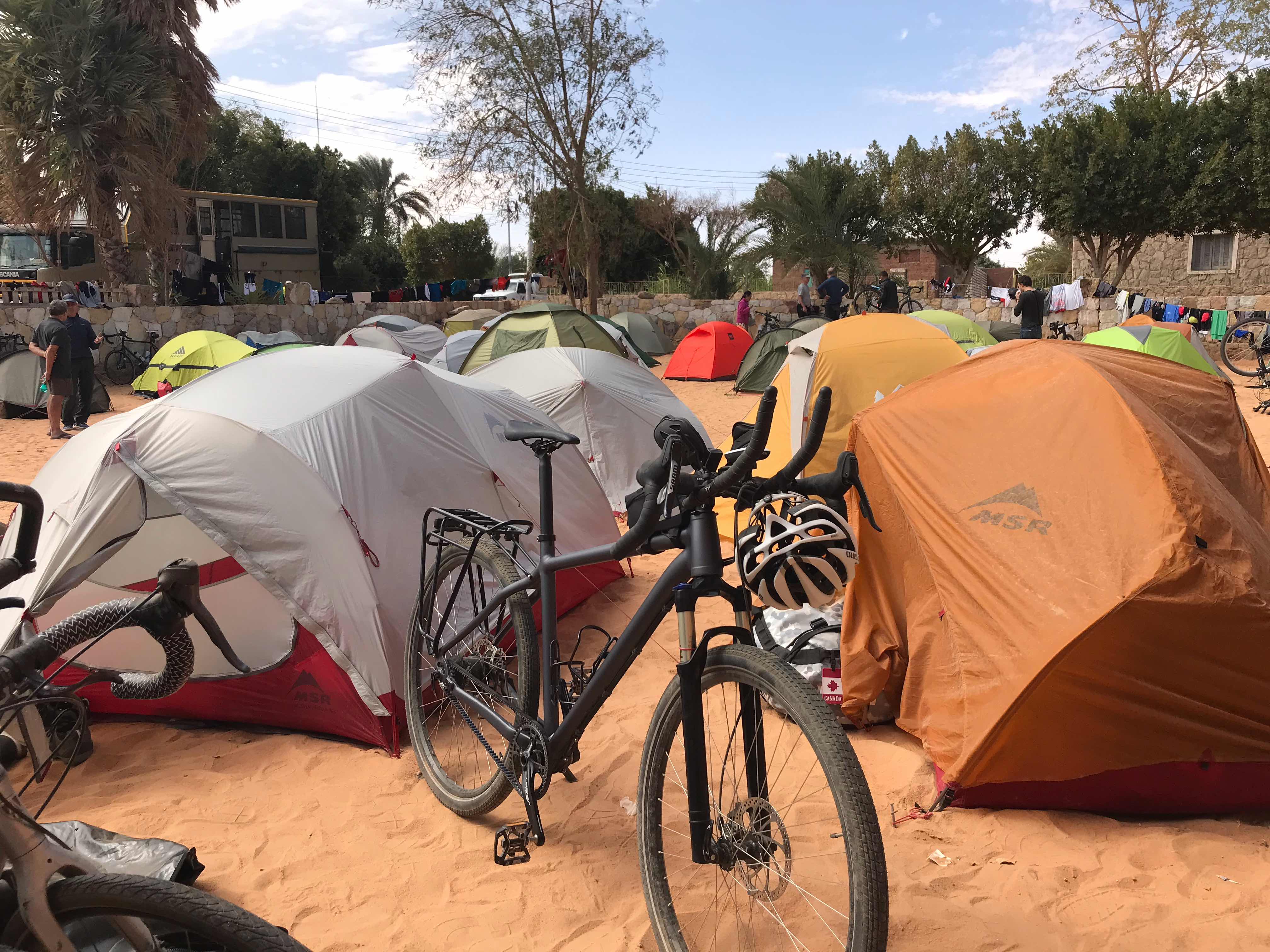 Giving the posh bike a wash as well… 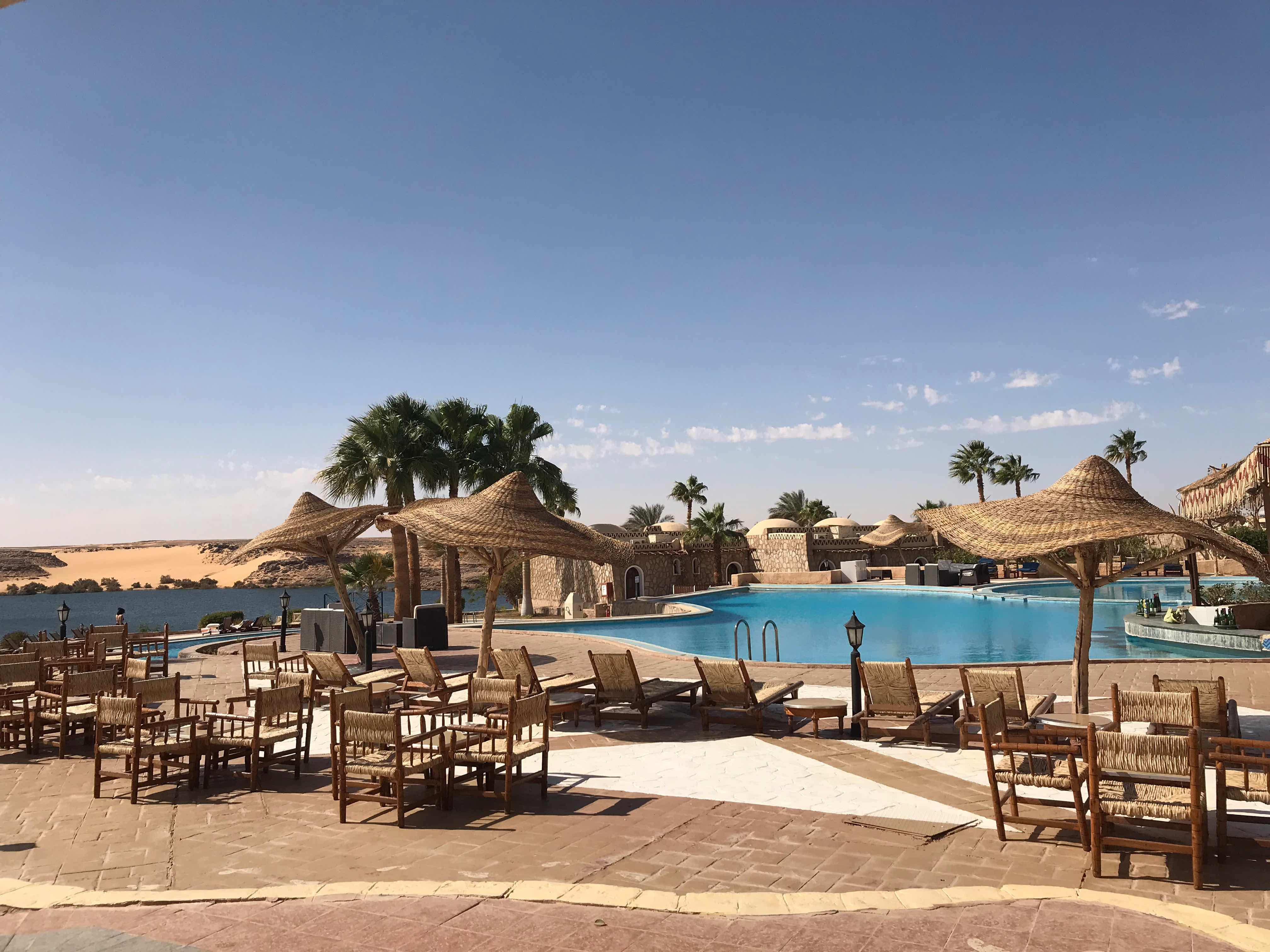 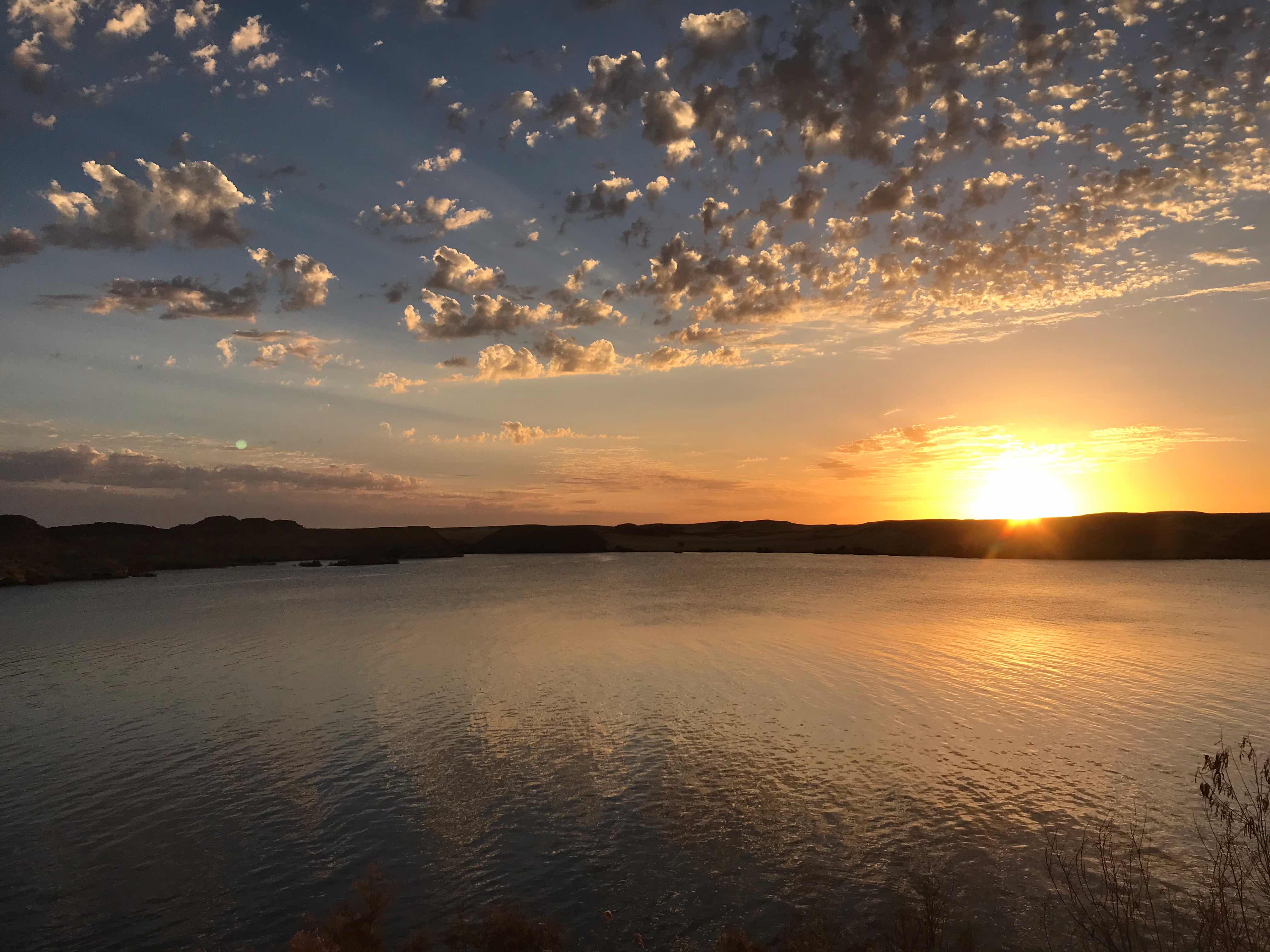 Sunset over lake Nasser during dinner!