Had a great night last night and we didn’t have to wake up this morning to pack up camp and get on our bike. Instead of that we had a rest day in Luxor, our first incentive earned by about 700k of cycling. And what an incentive it was!

One of the local guys supporting the tour had arranged for a guide + bus to take those who wanted to around the sights on the west bank, including the Valley of the Kings, Valley of the Queens and Queen Hatshepsut’s temple and Medinet Habu. After seeing those sights we were suposed to have lunch with the group, but Baldr and me jumped on our bikes and made a second attempt at seeing the temple of Karnak and we succeeded!
All the sights were just great. After seeing the architectural wonders of ancient Greece, the ruins of antique Rome, the cathedrals and palaces of Gotic and Renaissance Western Europe, the Mogul Treasures of India and the Boedhist and Confucianistic Temples of Vietnam, I was still very much amazed and impressed by what I got to see today. Geometry and spaces are farely basic, but every surface is just filled with carvings, engravings and paintings. And although everything is very simple and flat and non perspective, the shear amount of it all is just overwhelming.
I’ll just let the pictures speak for themselves. 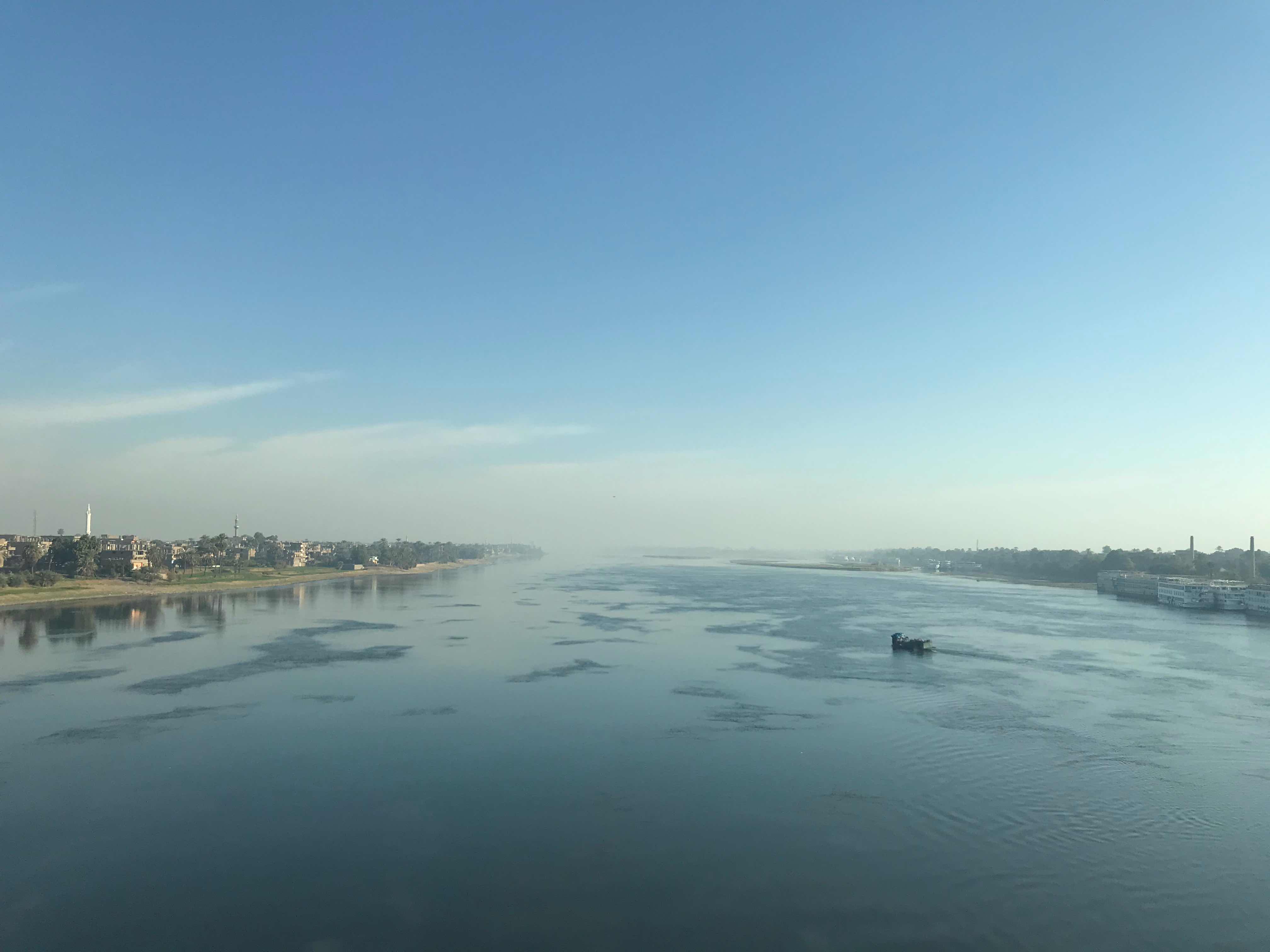 Crossing the Nile, getting to the West bank… 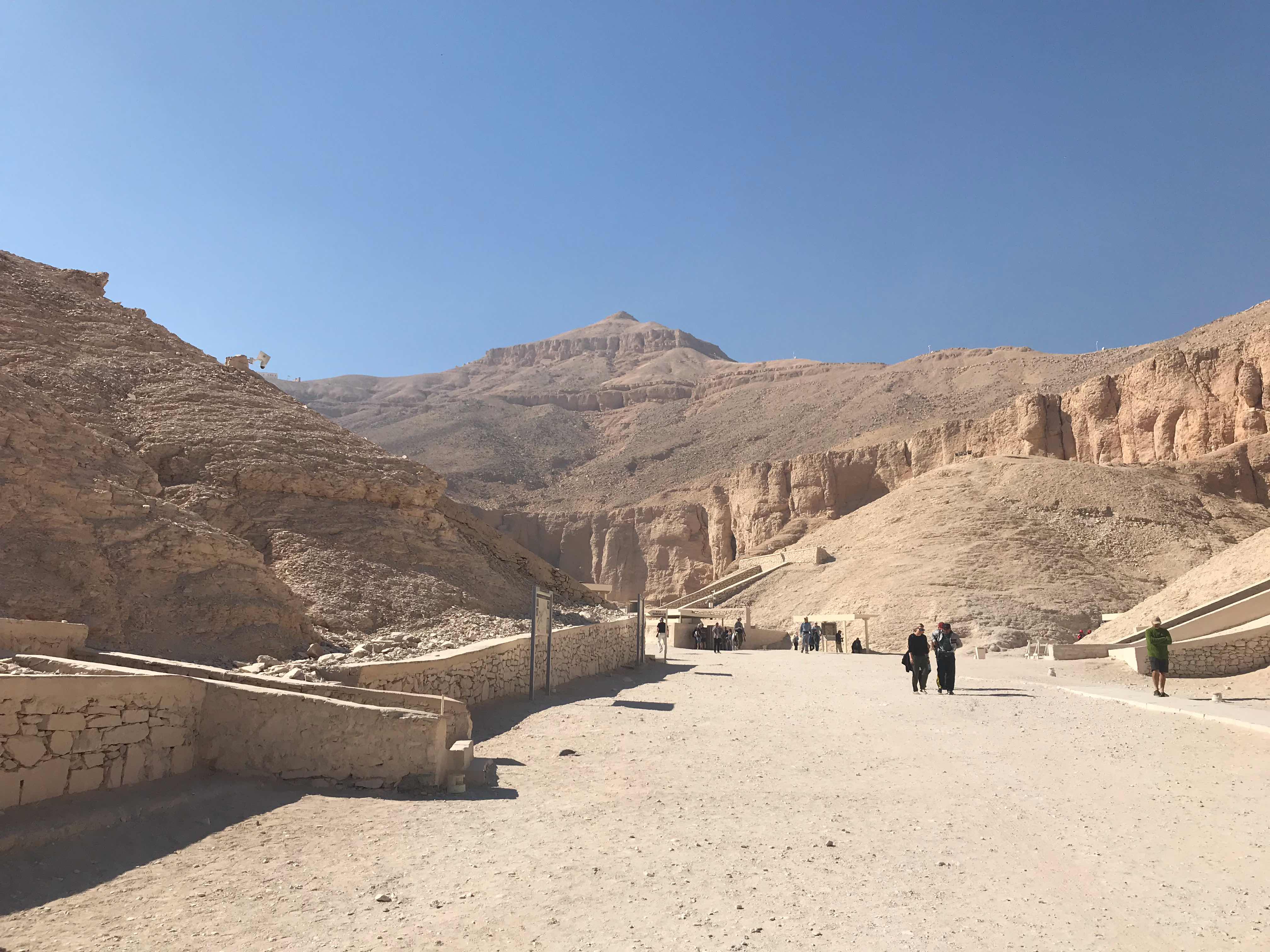 Valley of the kings, dominated by the mountain that is shaped like a pyramid… the causeway to the sun house (Py Ra Mid) 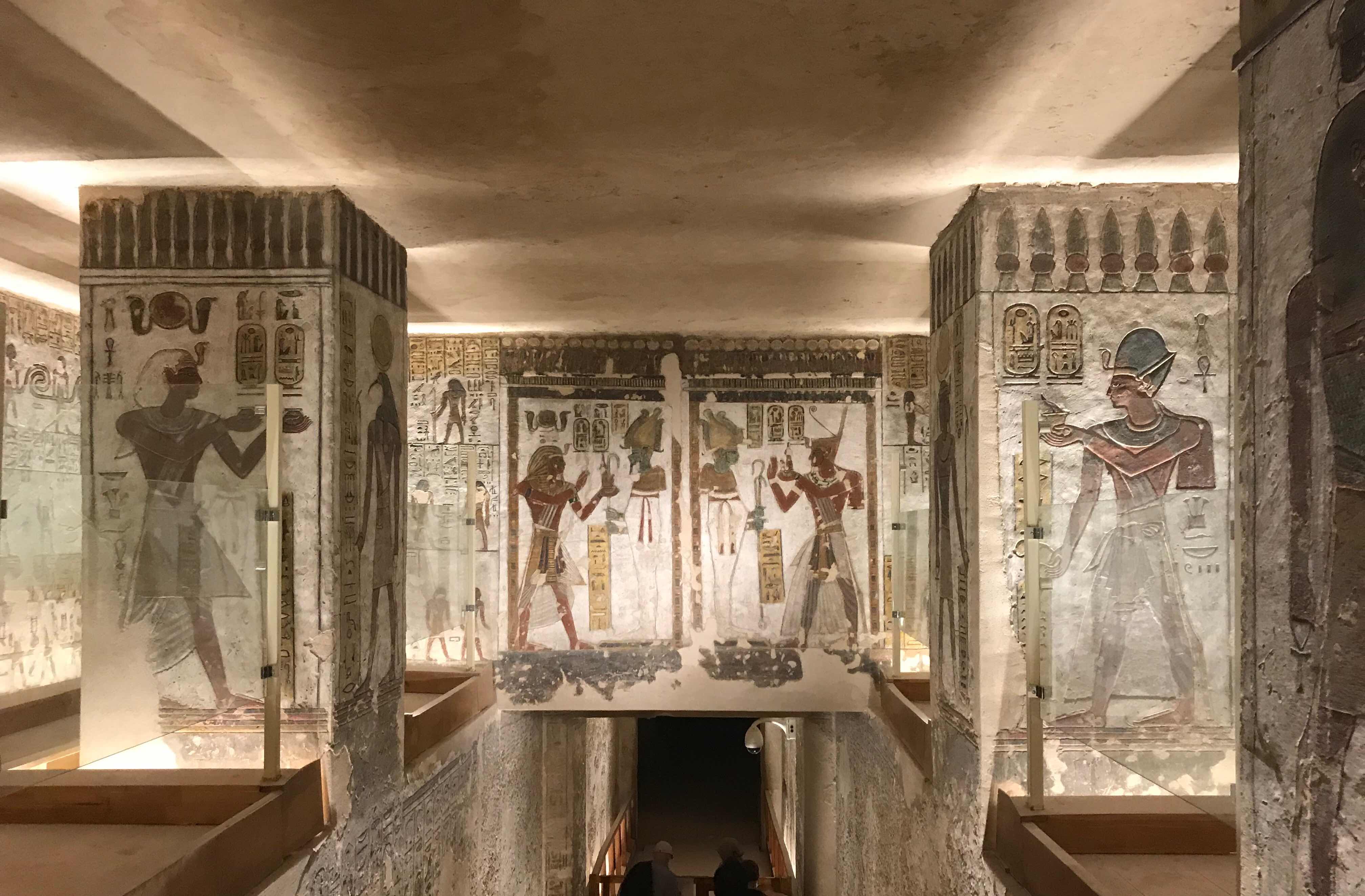 Inside one of the tombs, carved into the mountain. 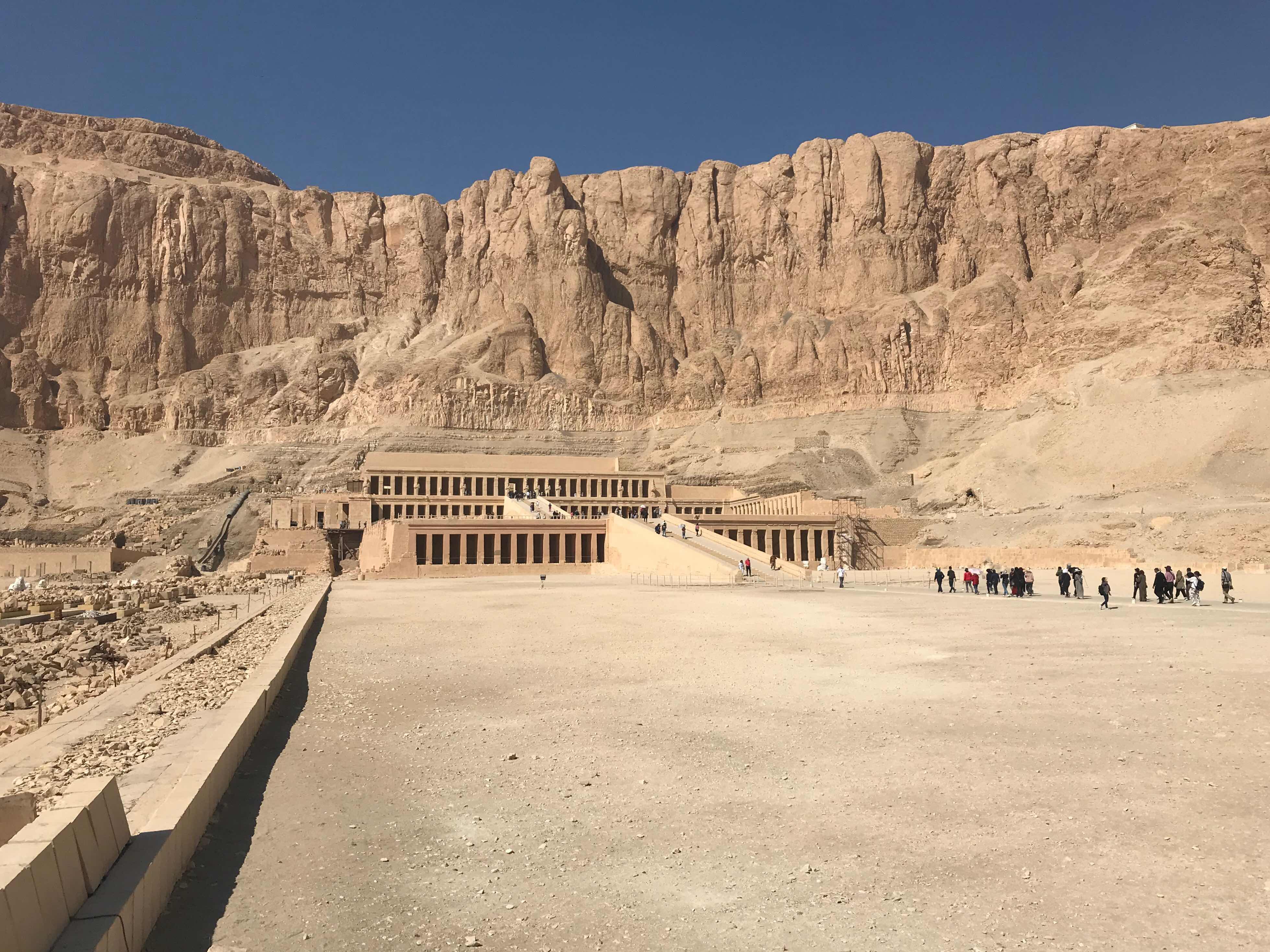 Queen Hatshepsut’s Temple. First queen ruler of Egypt who became queen by marying her brother and came to power by having him killed. She was able to stay in power by telling her people that she was the daughter of the Sun God. She died after being assassinated by the son of the brother that she killed (she was not his mother). 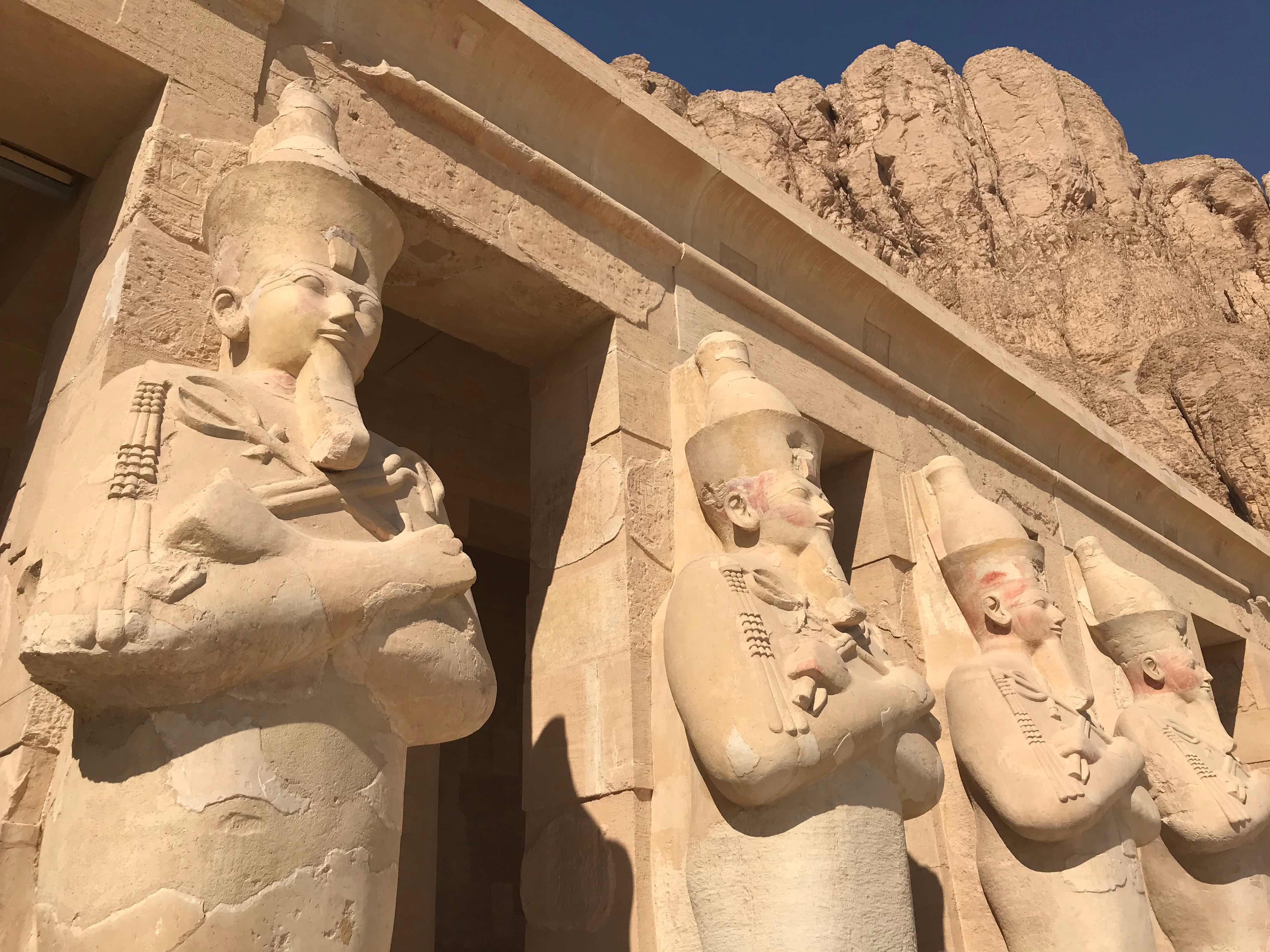 The queen herself in fourfold, beard and all. She was burried in the Valley of the Kings… 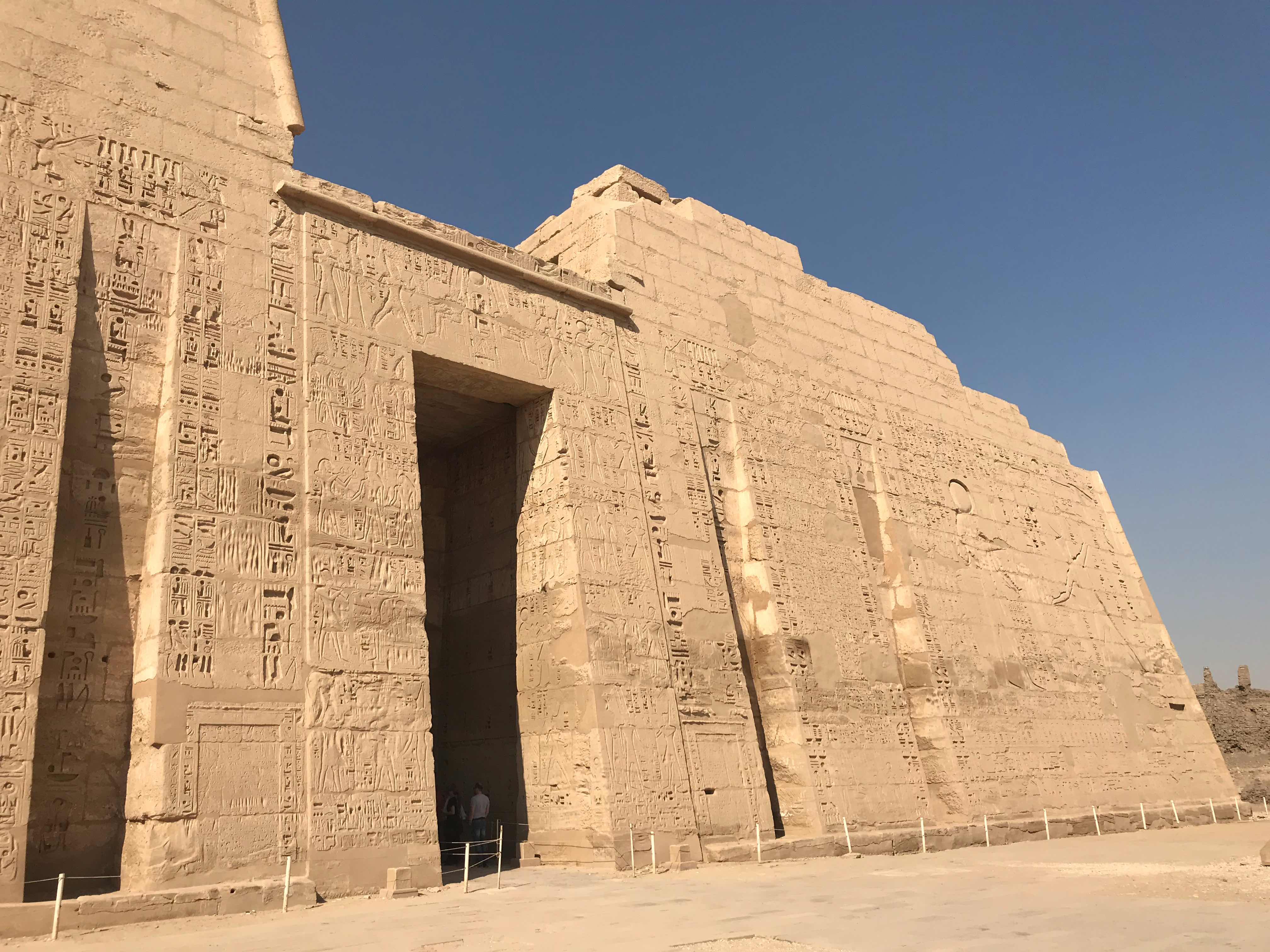 Medinet Habu, City of Habu, named after the designer Habu instead of the King who commissioned it Ramses III. There’s still hope that my name might ring on in eternity. Medinet Romy… City of Romy 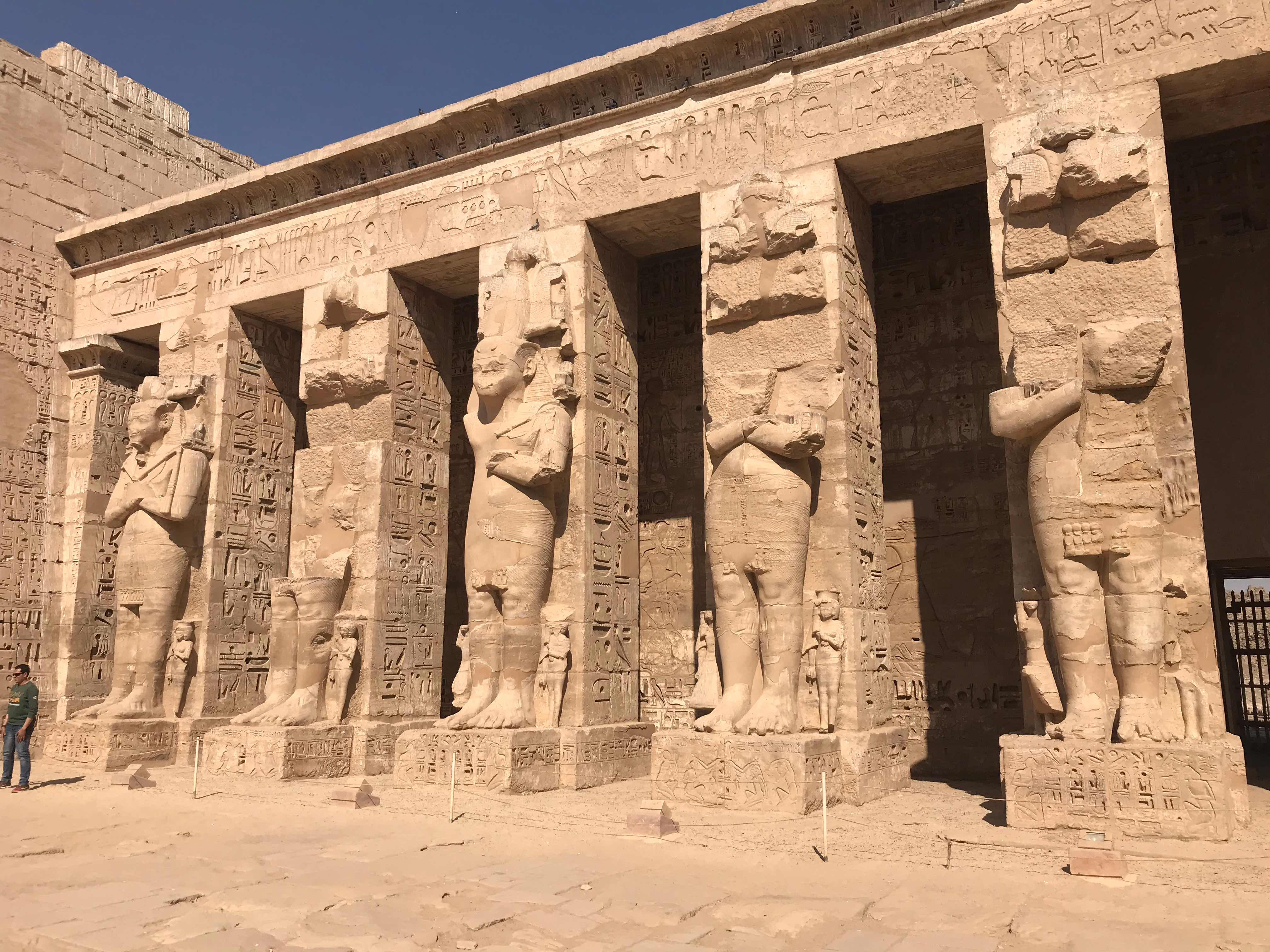 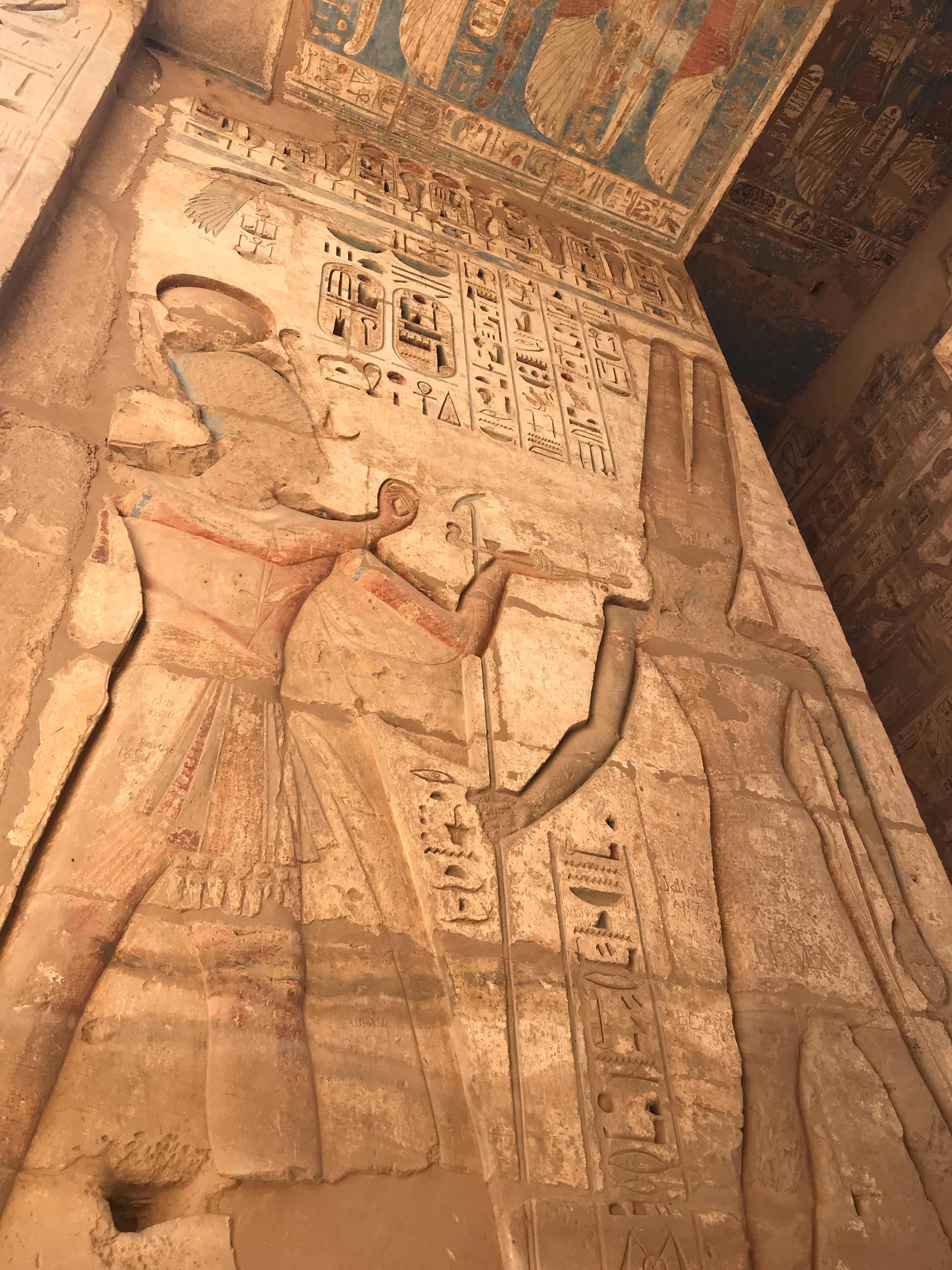 They are so tall! 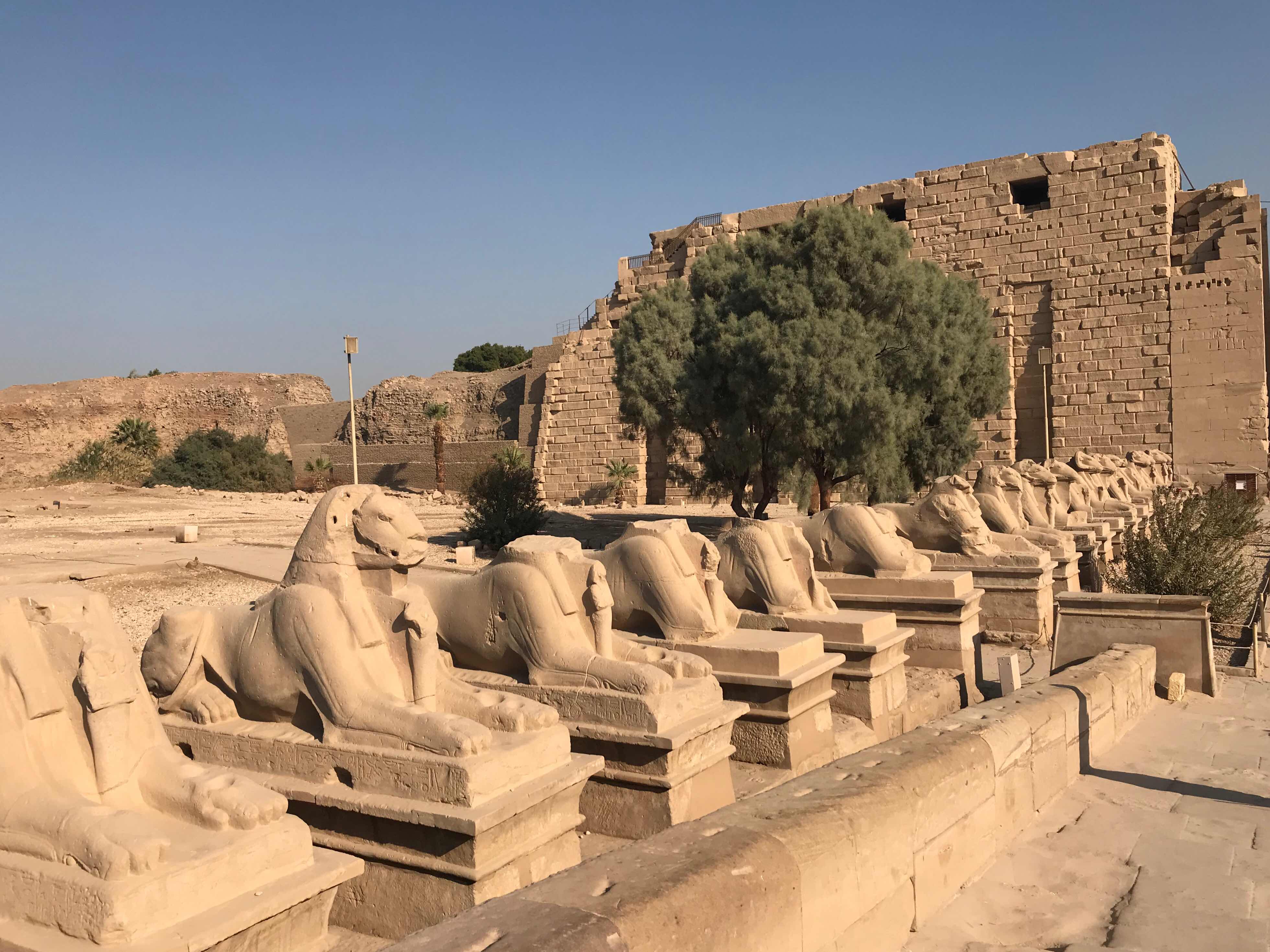 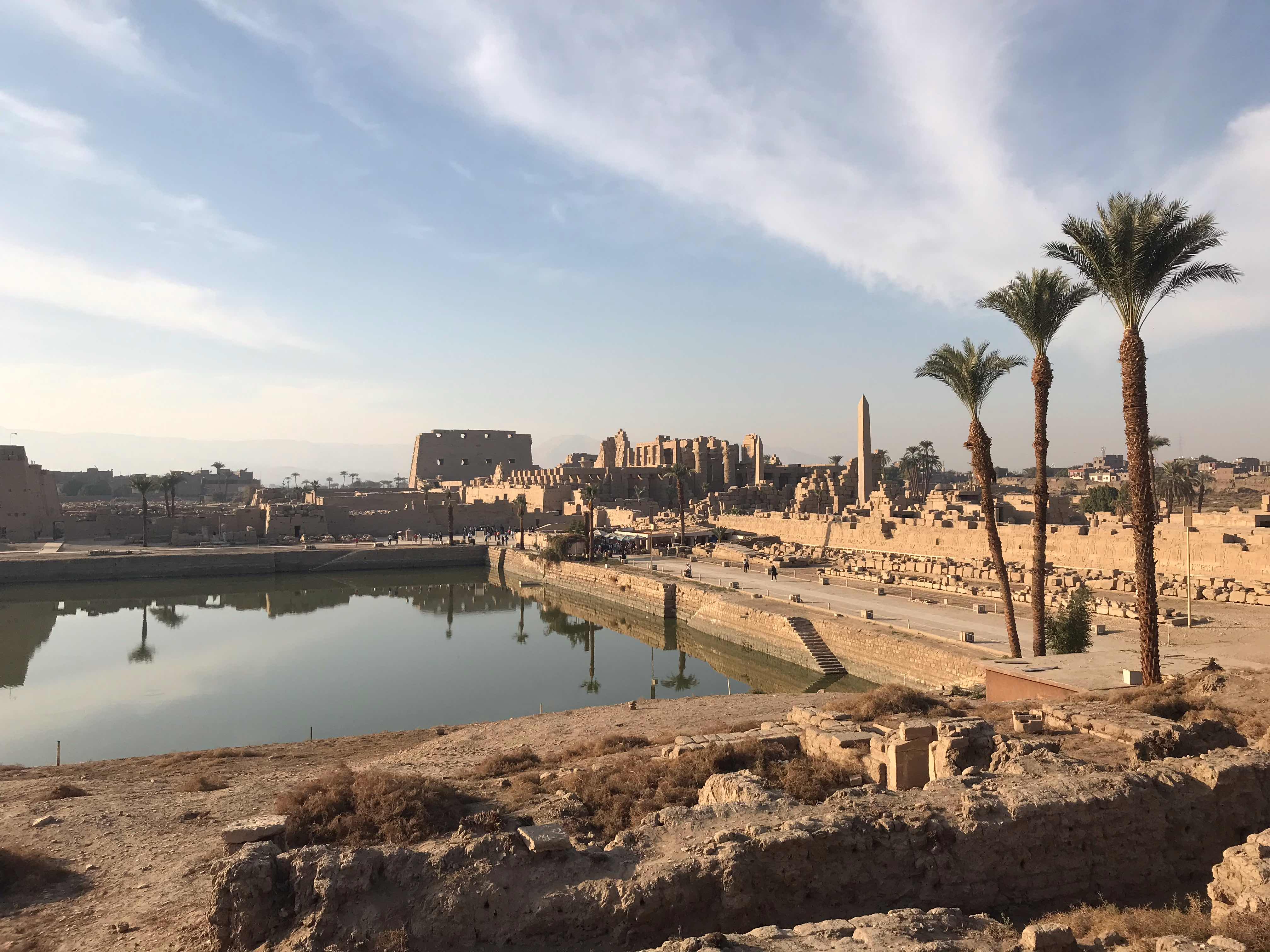 Largest religious site in the world. Constructed over a period of about a 1000 years by 30 different pharaos. 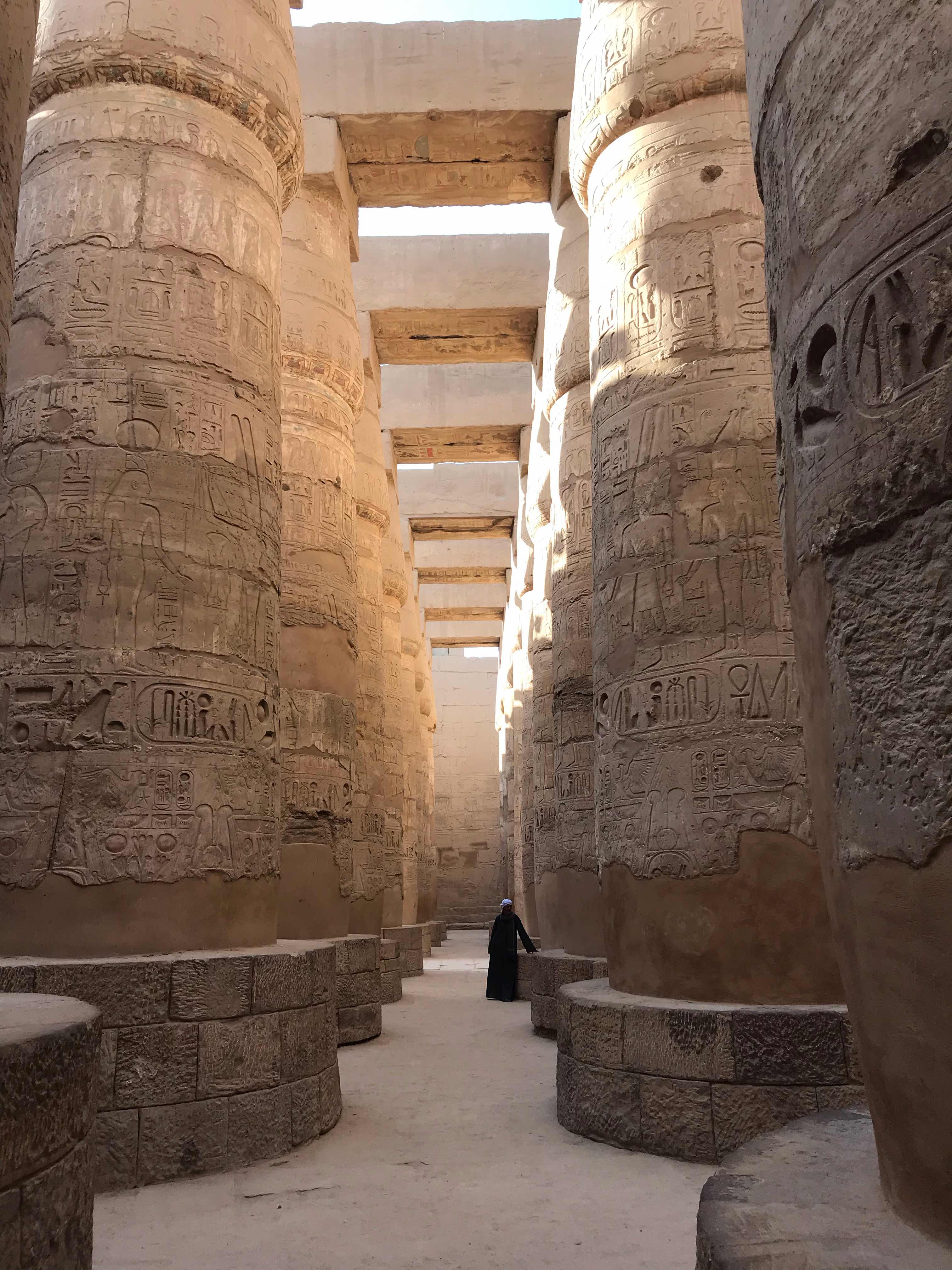 Columns in the great Apostyle hall, full of engravings, inscriptions and painting 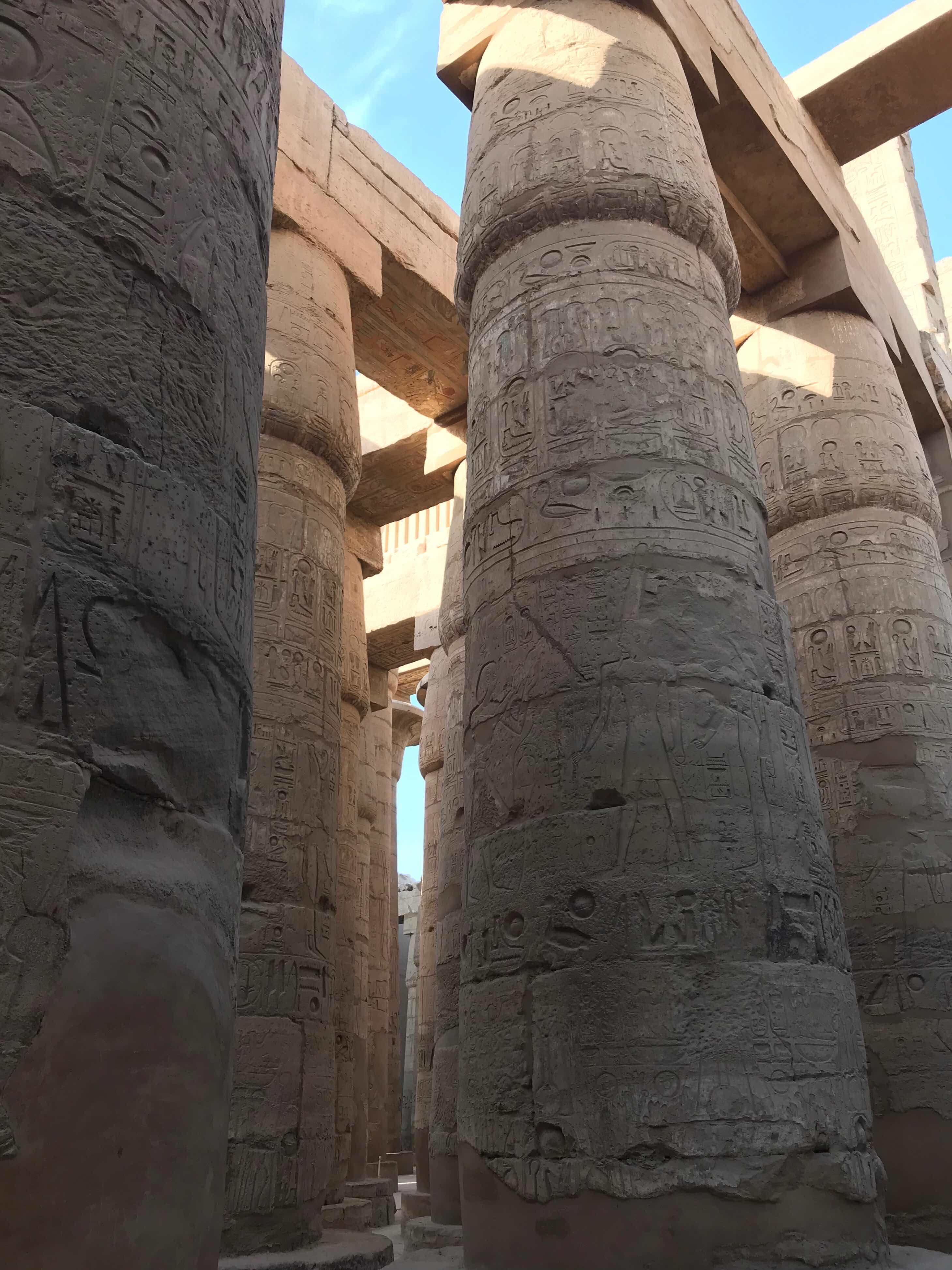 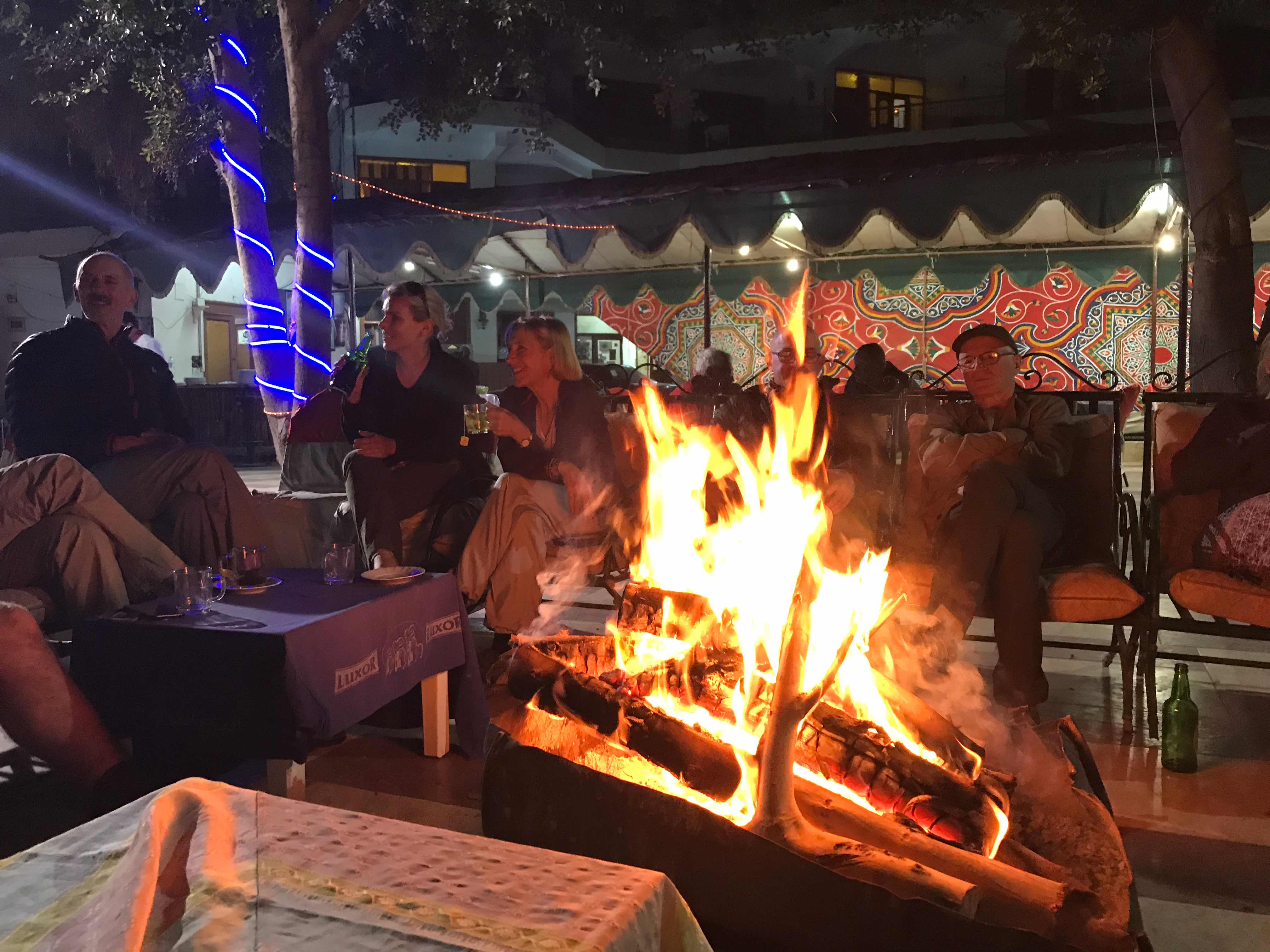 Ended the day with dinner around the campfire. Now shower and off to bed! Tomorrow we ride!