Day 2 done! 150k, averaging 32km/h. Fastest 150k I ever did I 🙂 When I was reading some of last year’s blogs I really couldn’t believe the speed with which some people finished the sections, but with a hard tail wind like today the ride was very easy. I dread the day that this wind turns against us (which inevitably is going to happen someday).

Breakfast was at 0600 so i got up at 530. I’m not a breakfast eating person so my plan was just to get some food and then leave, but it was still dark outside and the organization does not allow us to leave before sunrise. So i made an effort to eat some food and then the wait started to leave. At some point it was dusky so I asked a staff member if I could leave already, but the reply was that a little bit more light was needed so I waited. 5 minutes later the same staff member passed again and I asked again, but still a bit more light was needed. Then 5 minutes later another staff member passed and I asked again. He replied with a “it’s light right?” Tomorrow I’m not going to ask. Light is light 🙂
I was the first one off and I drove by myself under the rising sun. Got passed by the fast boys that I rode with yesterday but resisted the temptation to tag along again. Taking it easy today, making sure to complete the 150k.
At about 30k all cyclist were stopped by local authorities. We were crossing into the next district and we could only do that with the complete group. So much for leaving early 🙂 After about 45 minutes the whole group had arrived and we were allowed to cross. However I had been talking with Jacky and she craved a coffee before continuing, but she was afraid to be left behind. Jacky is a 68 year old former teacher and she’s riding from Cairo to Khartoum. She’s quite small and not to fast on the bike, but I think every 68 year old that begins such an adventure deserves respect and help when needed. So I walked with her to the coffee shop and waited for the coffee and promissed her that I wouldn’t let her ride alone at the back of the pack.
When we got back to the bikes however, Vikas and Ingelle were also waiting for Jacky. We took of as a group and tried to ride in a train a bit. I’m quite a bit faster then they are and I was quite willing to just let them draft behind me, but I’m not that used to riding in – let alone lead – a train, so at some point Vikas said I should just go. I like Vikas. He’s my wine drinking buddy and he has a perfect sense of humor 🙂
So I left and made good speed. I’m really very amazed how fast my heavy bike with its wide tyres is. I passed many other riders and got to lunch in no time, feeling fit and not overexcerting myself. After lunch I did some more overtaking and rode a while with Mike and later also with Pete. I was suposed to have come accros a coke stop along the road but must have missed it, so I ended up at tonight’s hotel as one of the first riders. Today was a fun and fast day 🙂 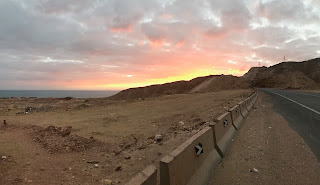 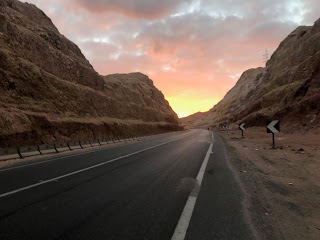 Riding towards the light… 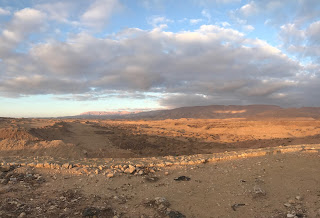 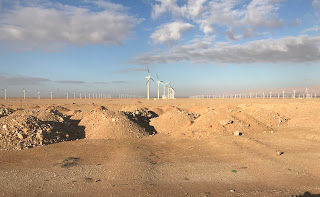 Windmills in the desert. 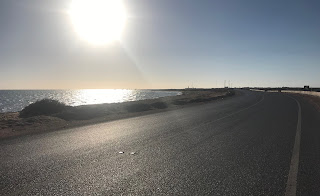 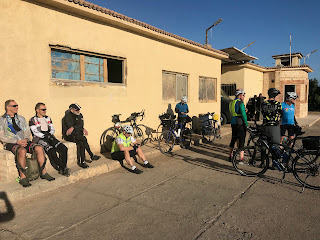 Waiting to pass into the next district… 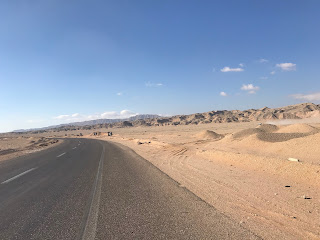 Mountains in the desert… 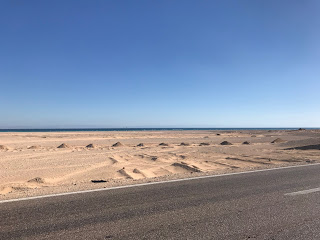 On the other side you see the Sinai Peninsula. 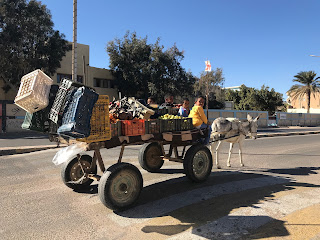 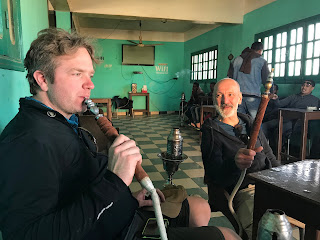 Smoking Sisha. Much better than the Vietnamese peace pipe thingy…