Oke so if you didn’t like the mosques yesterday, i hope you like the pyramids today. Otherwise: bad luck…

Ahmed picked me up at the hotel at 0830 and he suggested that I’d take a horse to explore the sites surrounding the Gizeh pyramids. As horseback riding has been on my bucket list for quite some time now (some 25 years?) I agreed, and of course Ahmed had a cousin who could fix me up with a horse.
We went to his cousin’s place and as soon as I saw the horse I was not so sure about the horseback riding anymore. The poor horse was dirty and very skinny and it just looked sad (as do all the horses around the pyramids btw). Did I really wanted to participate in exploiting the poor beast? I figured that it was suffering anyway and that the best thing that could happen to it was that it’s owner made some money by which it could give the horse some food. So I paid a little extra money on top of the money he asked for the 3 hour tour and told him to be sure to buy some additional food and goodies for the horse. Of course I’m quite aware that the cousin didn’t look to well fed himself, so I do not have the illusion that this is actually going to happen…. Throughout the trip I felt sorry for Banana. It kept stumbling on the many rocks and poor pavement and it probably ruined its knees by walking through all the loos sand… And if it stopped I had to either gently kick it in the stomach or it got gently beaten with a stick. Lesson leaned: horseback riding not for me… I prefer my aluminium friend…
Anywayzzzz, the pyramids and tombs were nice. And after Gizeh we went to Saqqara to see some more pyramids. And after Saqqara we went to Dahsur to see some more. I would have liked to see Memphis as well, but Ahmed advised against it because it would be very touristy. Instead of that he took me inside the red pyramid at Dahsur where he proposed that we should mary and that I should come and live in Egypt with him. I respectfully declined his proposition.
So, nice day! Tonight we have the first informal rider and staff meeting. I’m quite curious to find out with what kind of crazy people I’ll be crossing the continent 🙂 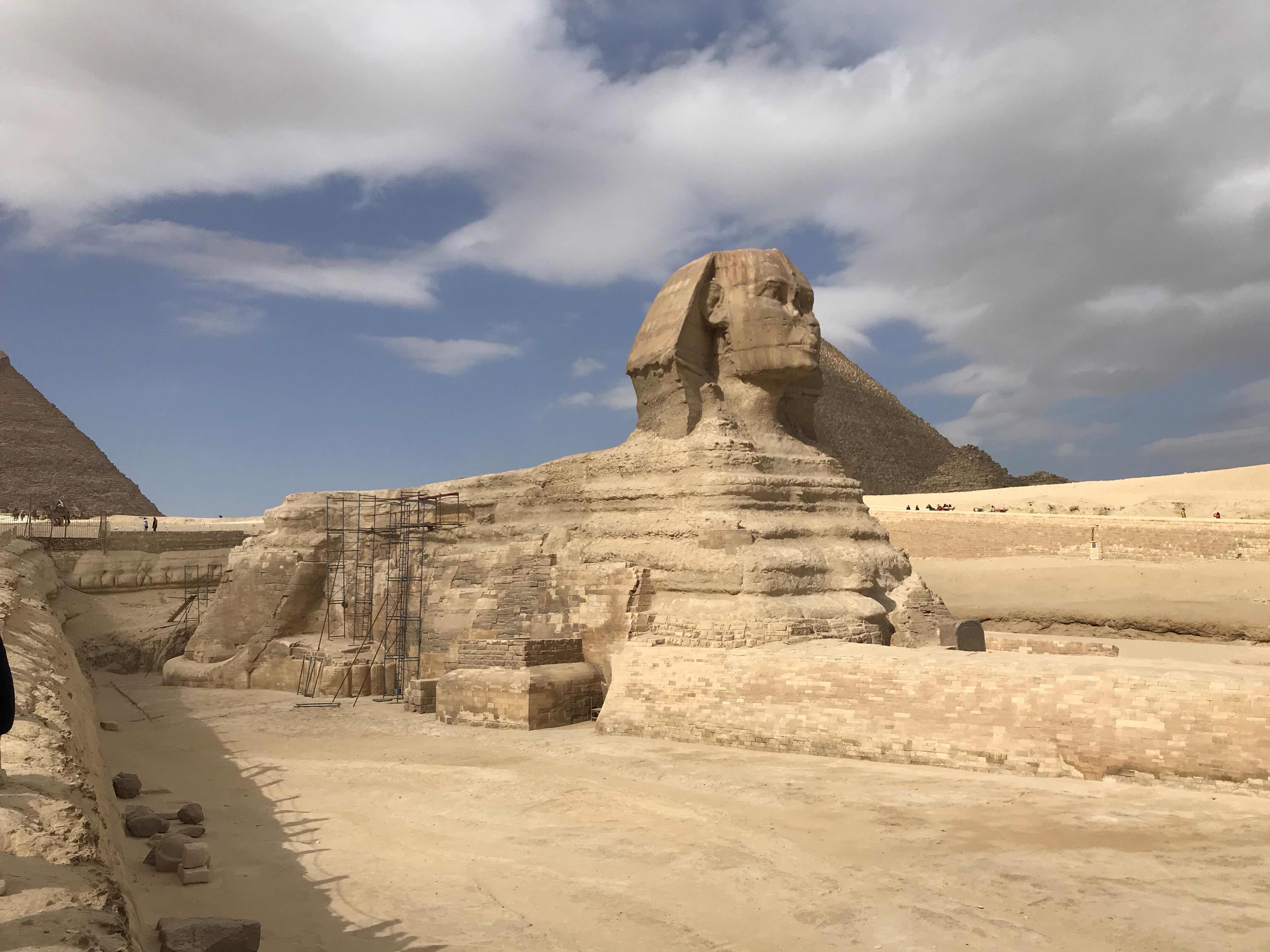 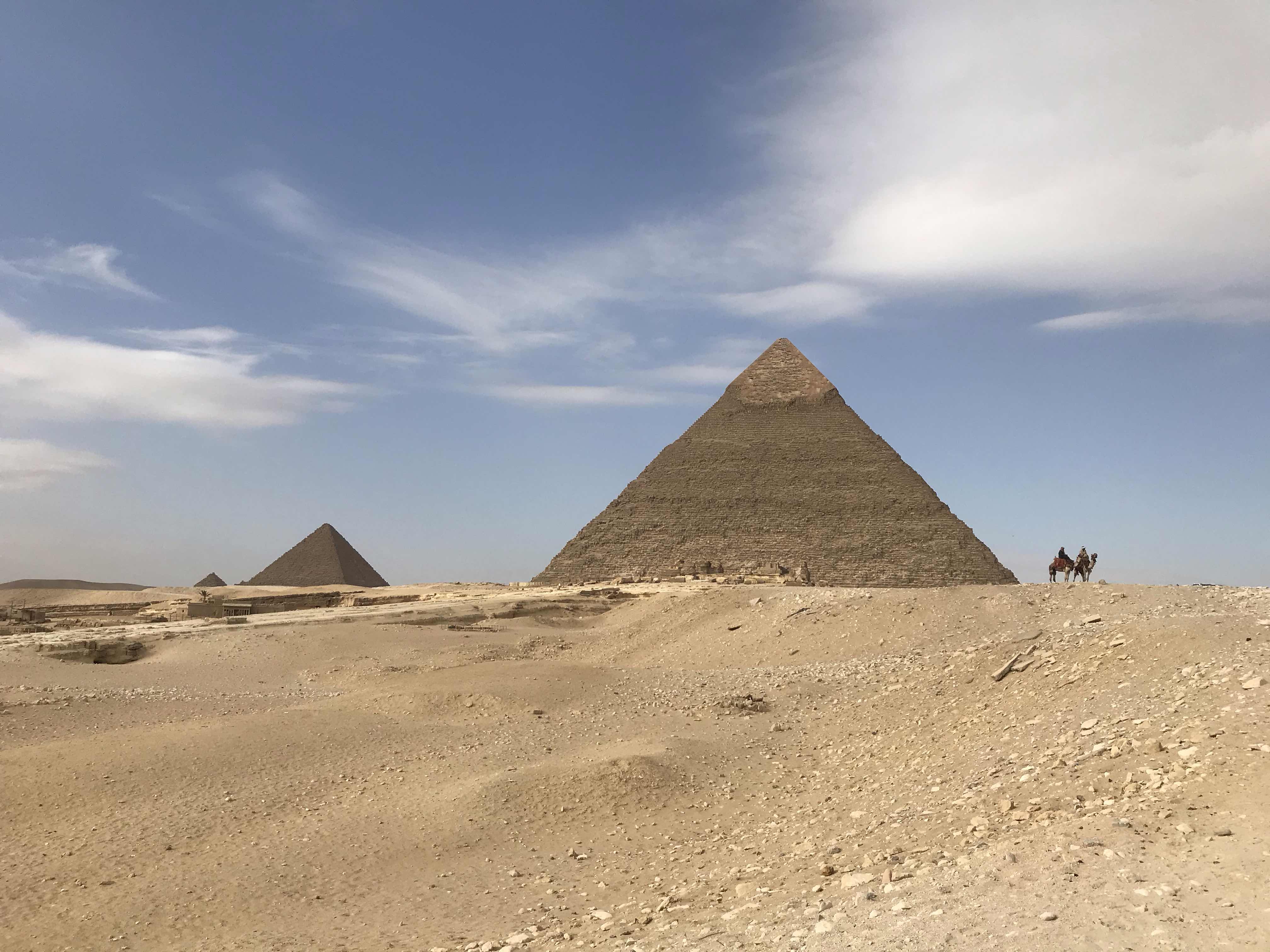 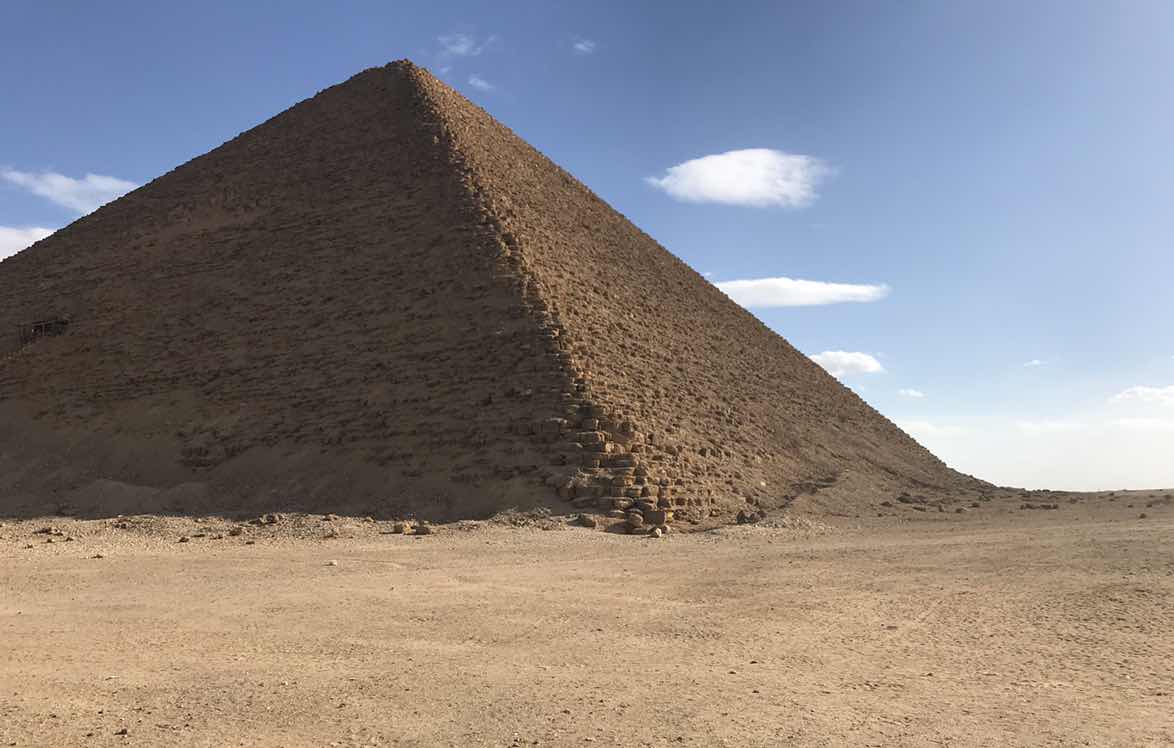 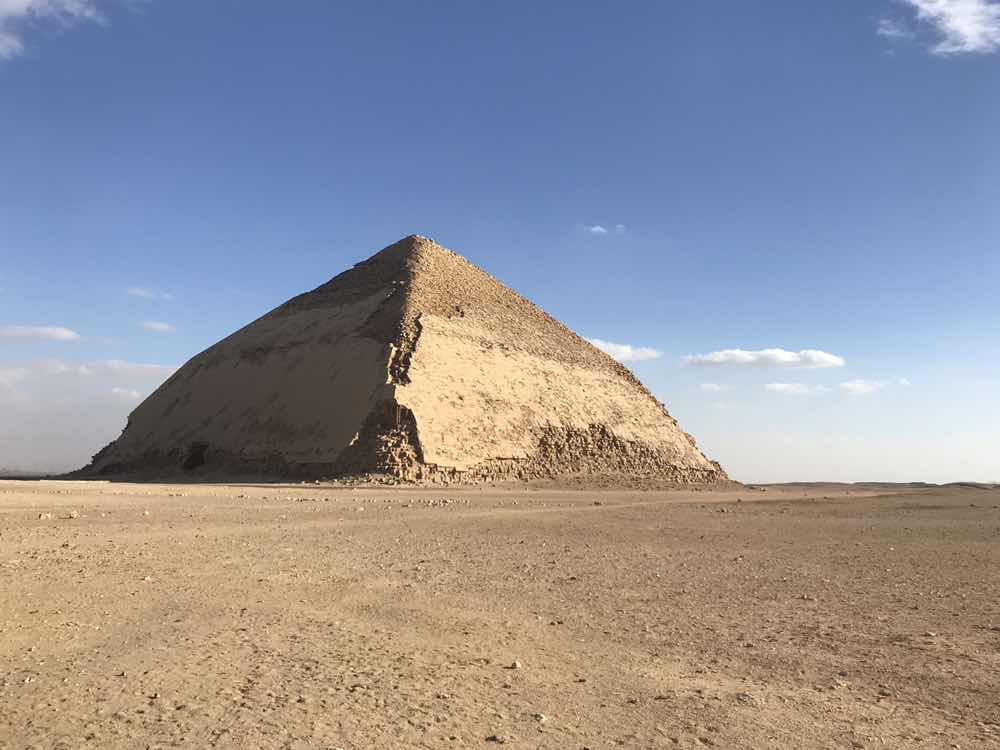 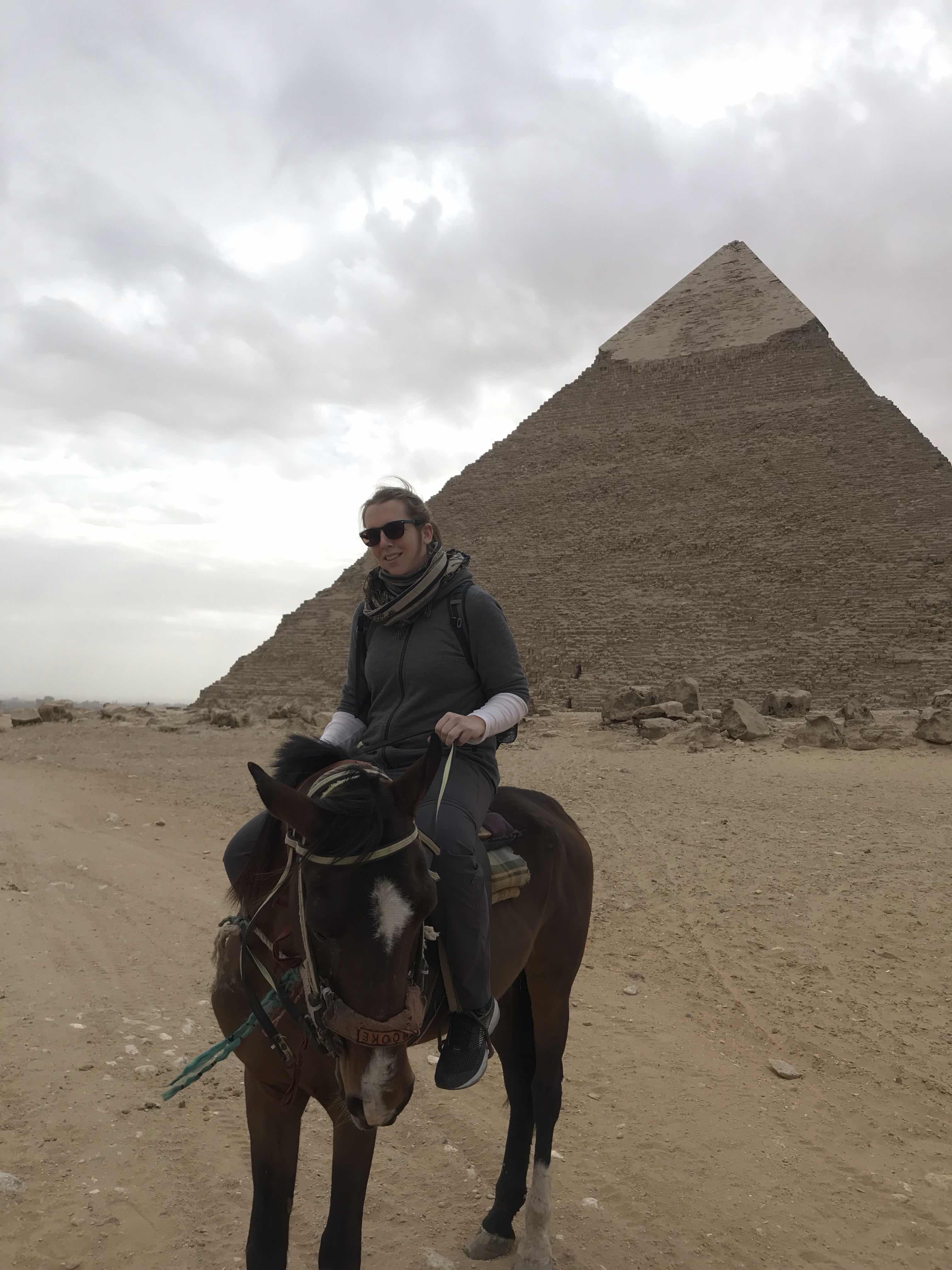 Descending into a pyramid 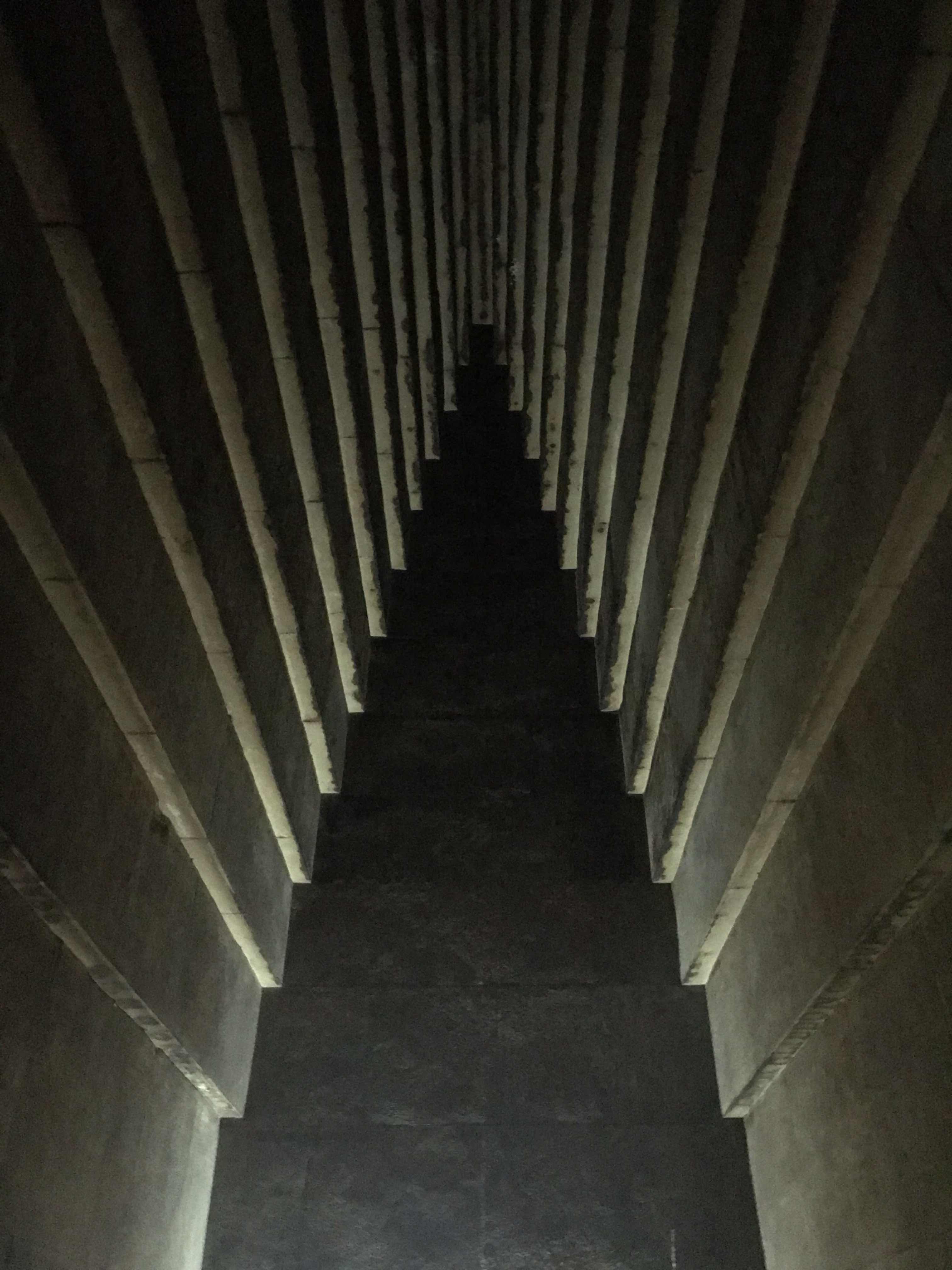 Inside the Pyramid (Peter Zumthor already active then?) 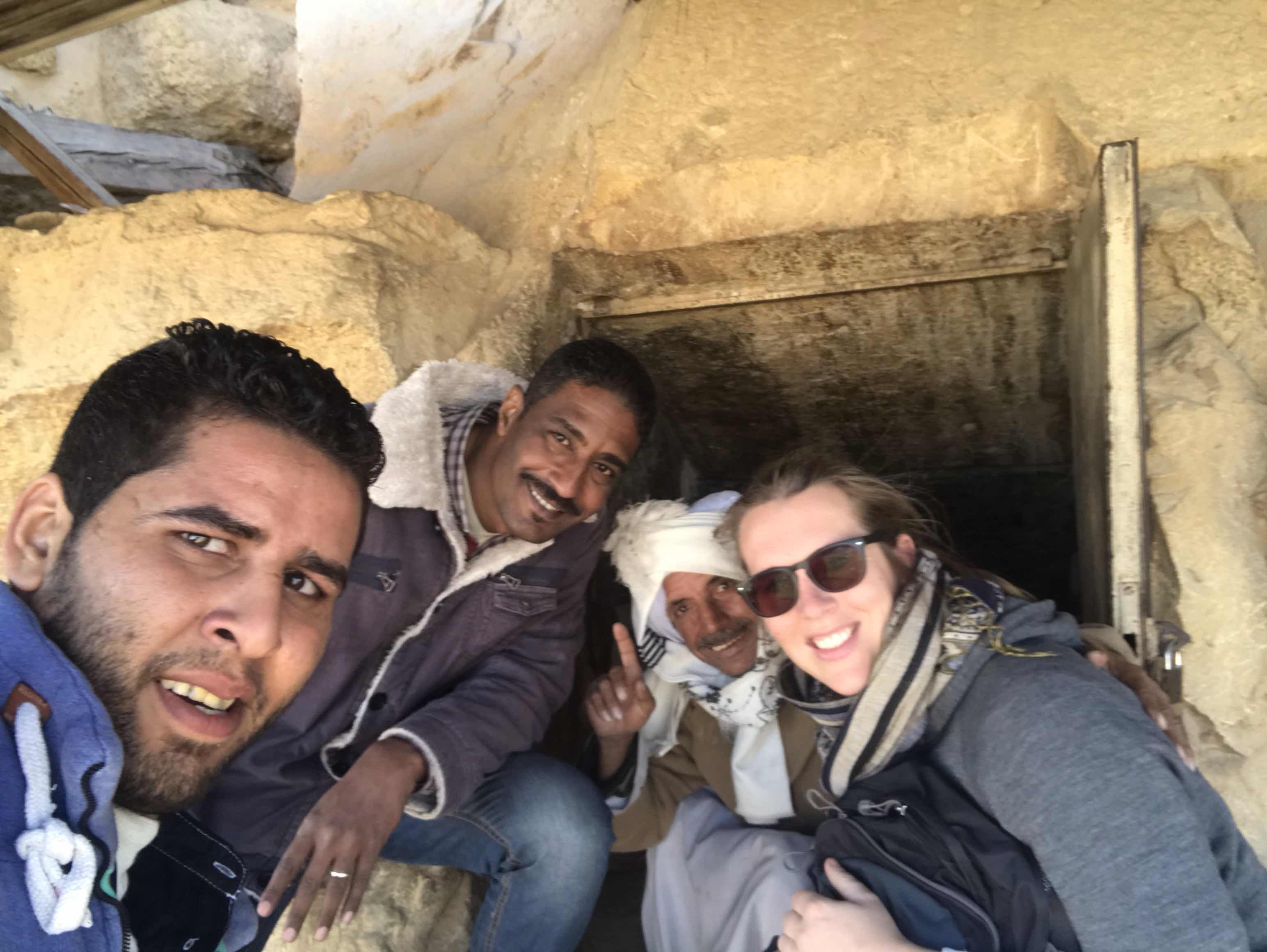 Glad to be out of the pyramid again…