24 hours later than planned, but I’ve arrived in Cairo 🙂 The flight was uneventful and both my bike and my two 89 liter duffle bags made it as well! And despite the fact that the cardboard box in which I packed my bike has seen better days, the bike is all oke 🙂 !

After collecting my stuff I was picked up by a local driver. We loaded the bike and the bags into a car and then had a one hour drive to the hotel on dark Egyptian roads. At 0200 i had my first look on the dark contours of the pyramids. And at 0230 I found my room, after which I fell asleep like a brick 🙂
I woke up at 0600 (why?!)  and decided to put my bike together.  Everything looked good, although I seem to have ruined the thread of one of the bolts that holds the calliper of my disk break in place. The calliper is fixed to the fork though, the only problem is that I can’t really tighten on of the two bolts. So not sure whether it is a problem… I’ll discuss the issue with the bike mechanic on Tuesday.
After putting the bike together I had breakfast and after that it was time to start exploring Cairo! I must say that despite my experience with travelling solo, I was actually a bit nervous about exploring an Islamic city on my own… although I also found my way around Ankara on my own some years back. It turned out there was nothing to be nervous about 🙂 After I turned down the 4000EGP taxi with driver for a day in the hotel lobby I walked on to the main road and found Ahmed, who took me around for just 800EGP for the day 🙂 And he took real good care of me, warned me for a number of over touristy places and suggested some alternative places to visit while consistently calling me his queen 🙂 (i’m not used to such chivalry).
So far the Egyptian people are all very friendly. I had some friendly talks with local men, although they all seem to have a secret agenda of marrying me in order to provide them access to the much desired western way of life, inshallah. And I do have to get used to the continuous haggling for money for every little thing. In Vietnam it was quite the opposite, there they wouldn’t take my money even if I forced them to take it…
This evening Ahmed took me to see the light show on the pyramids from the rooftop terrace of his uncle’s hotel and after that we got some take out food from his cousin’s place and ate it at his place. I must be insane 🙂 But no guts no glory: I do get to experience true Cairo! And the cycling hasn’t even started yet!
Tomorrow I ride with Ahmed again. He’ll take me along all the archaeological sites! I feel real safe with him, which is nice. Tomorrow evening is the first informal rider gathering where I will meet my fellow riders for the first time. I really hope they’ll be nice to me too 😉 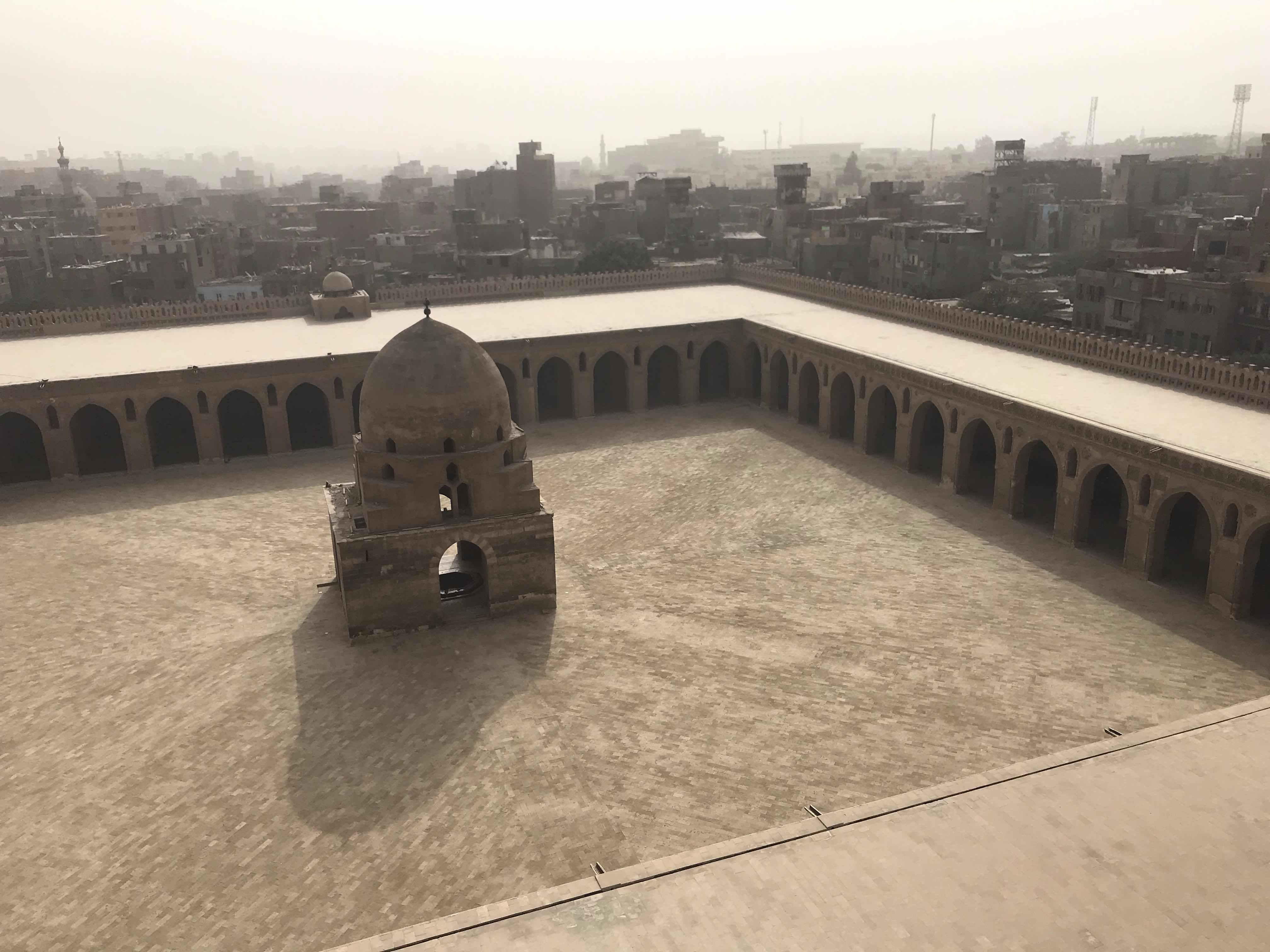 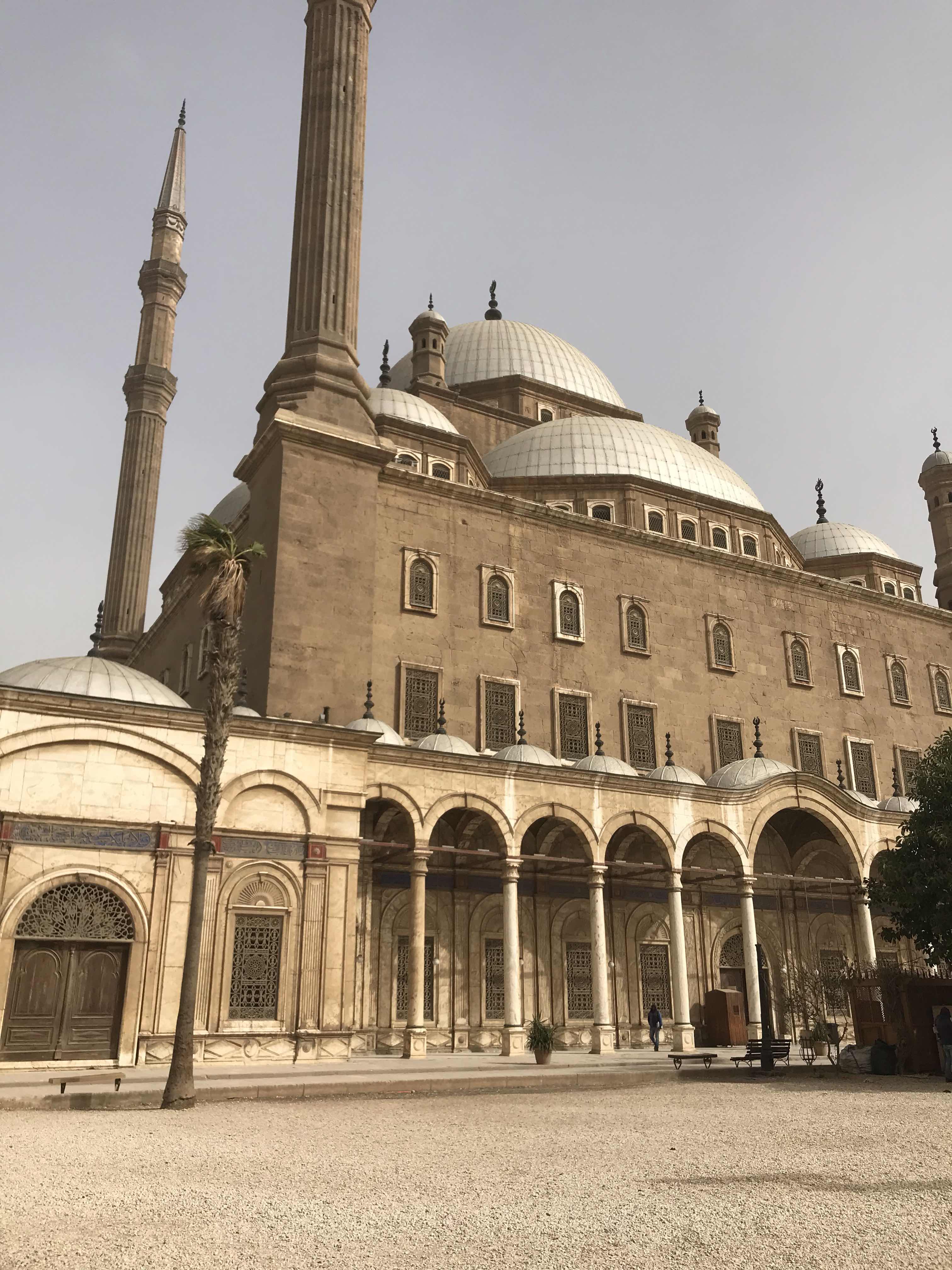 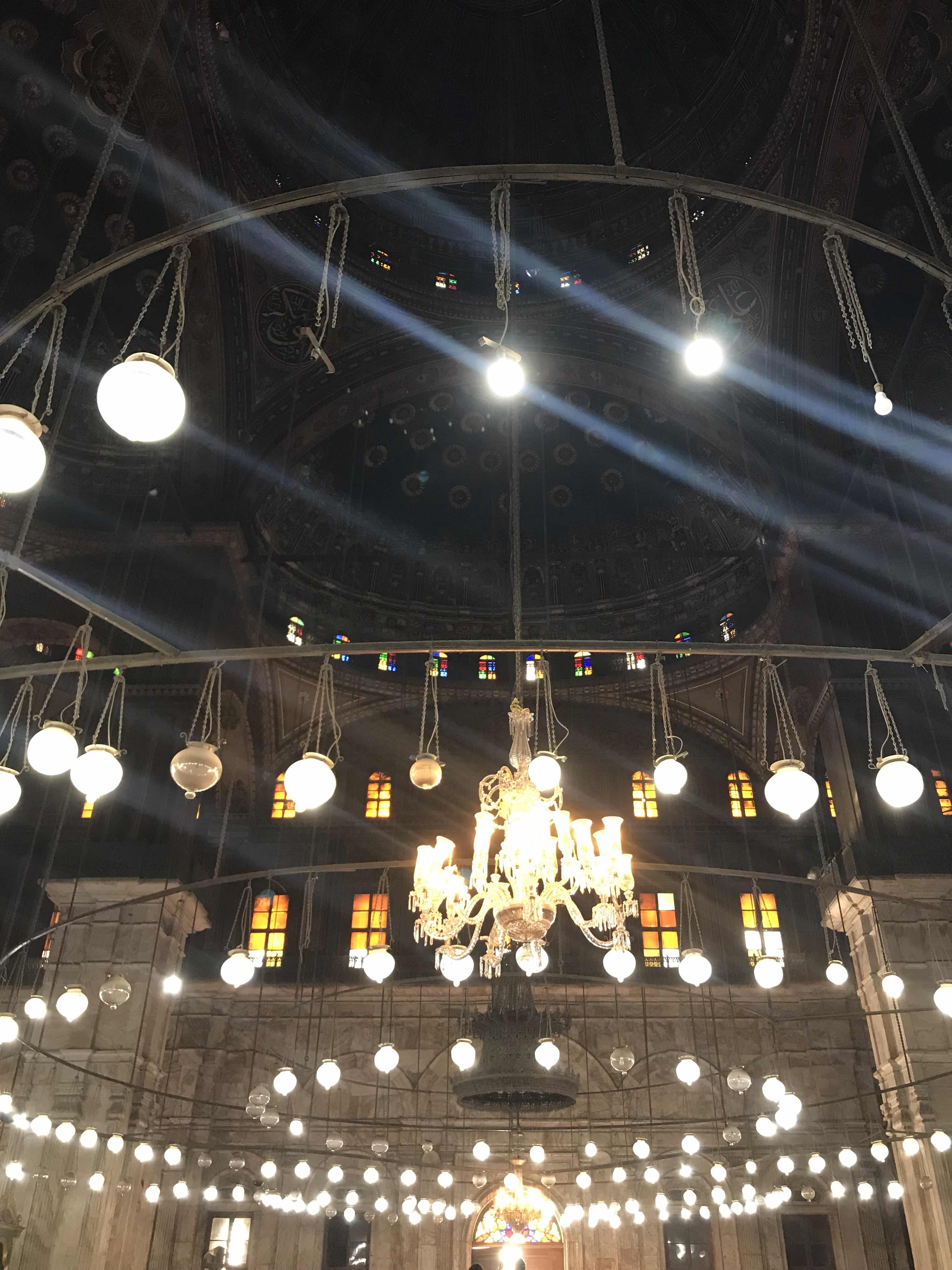 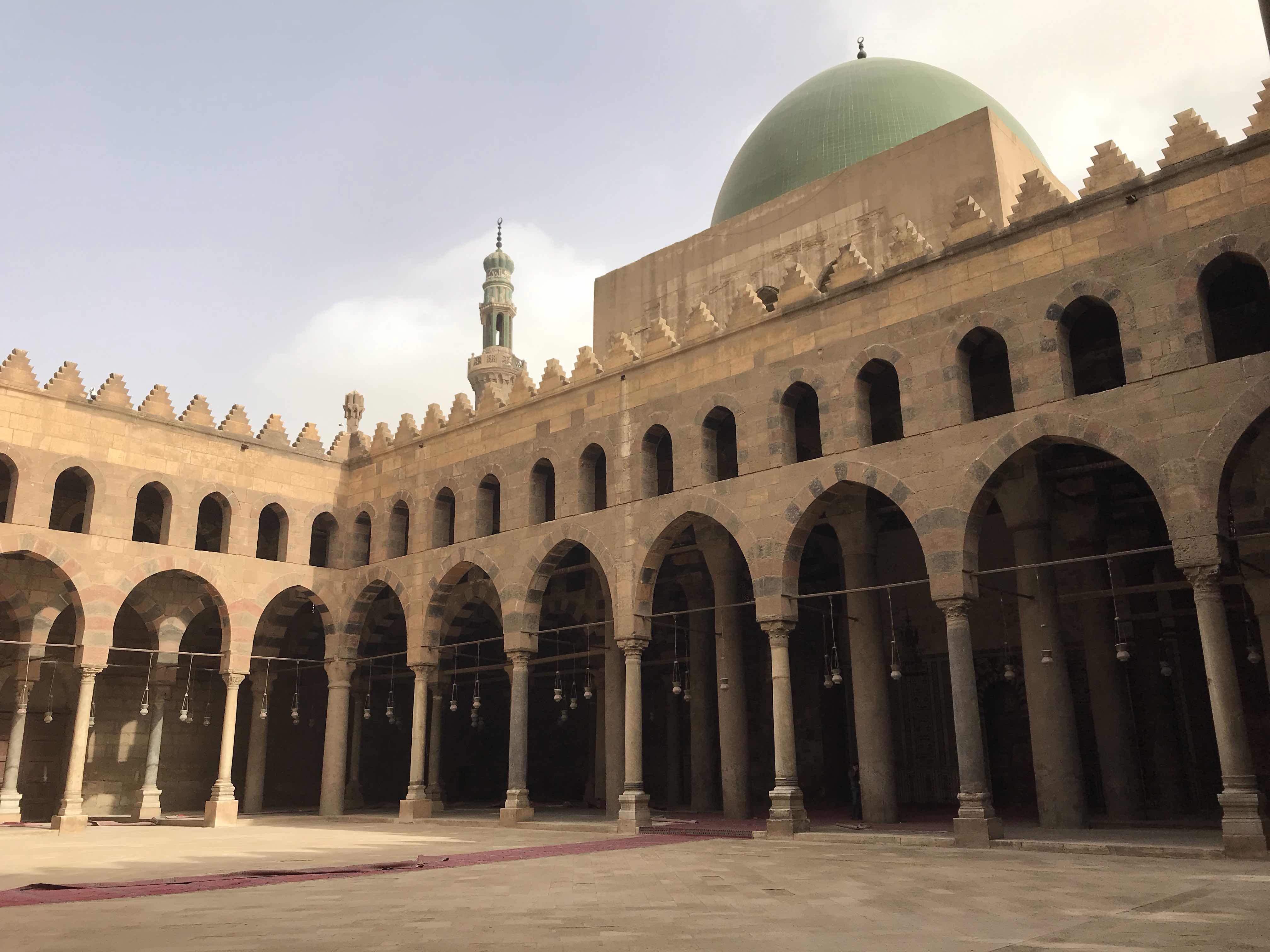 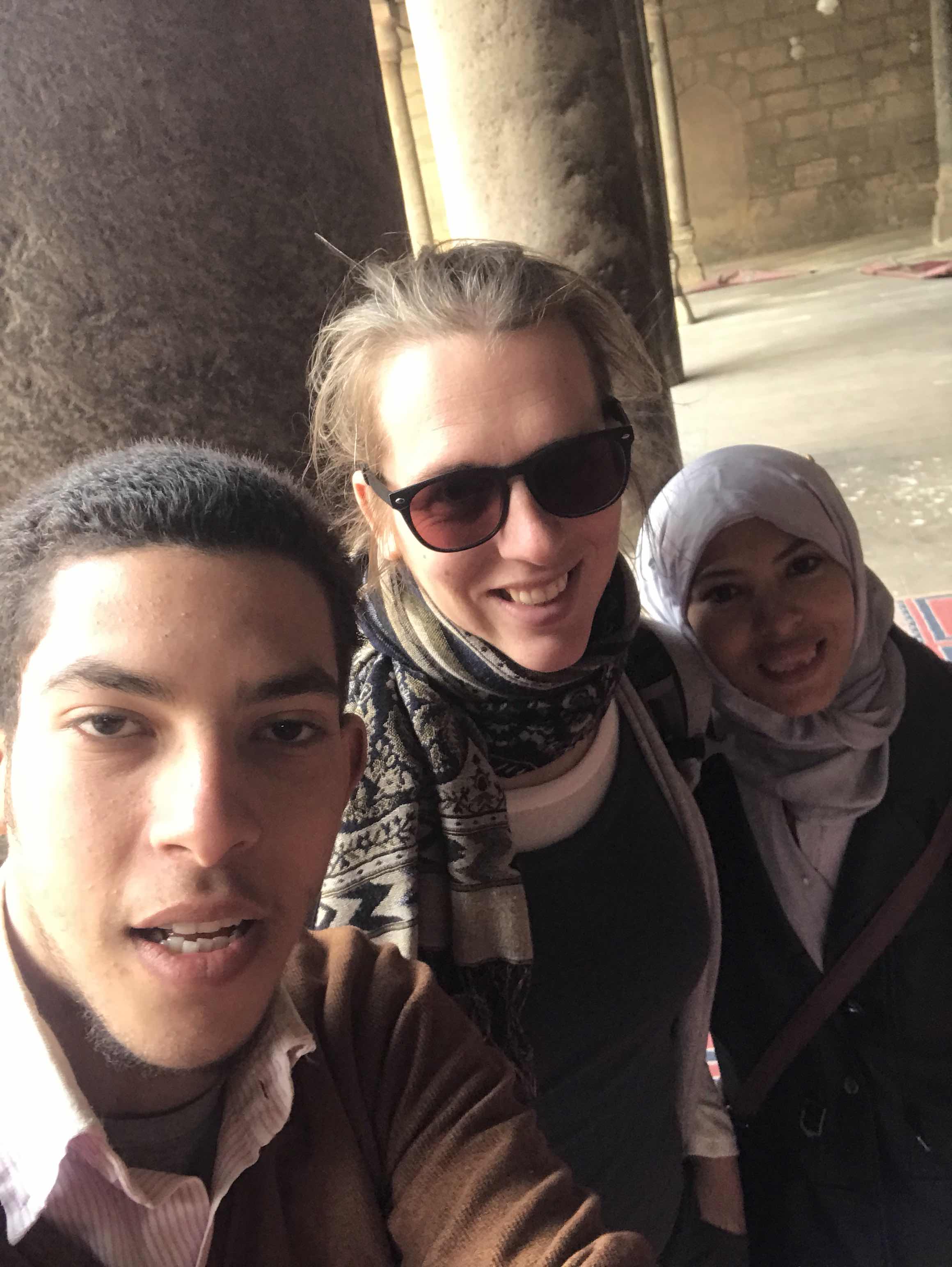 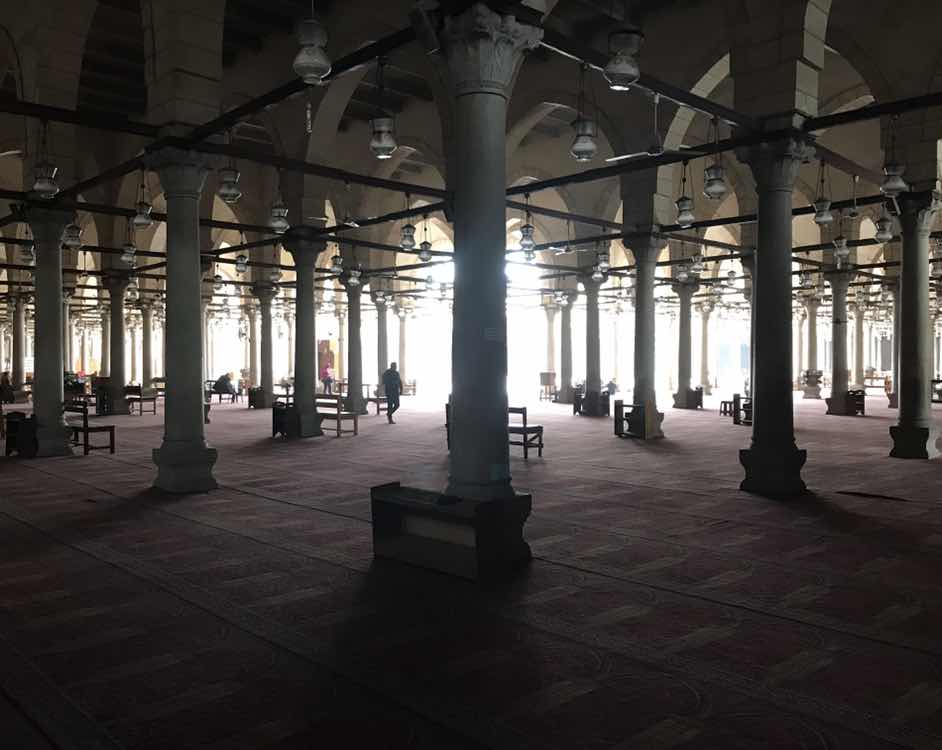 Oke so I like mosques! Just the way I like gotic churches. Please don’t think i’m radicalising 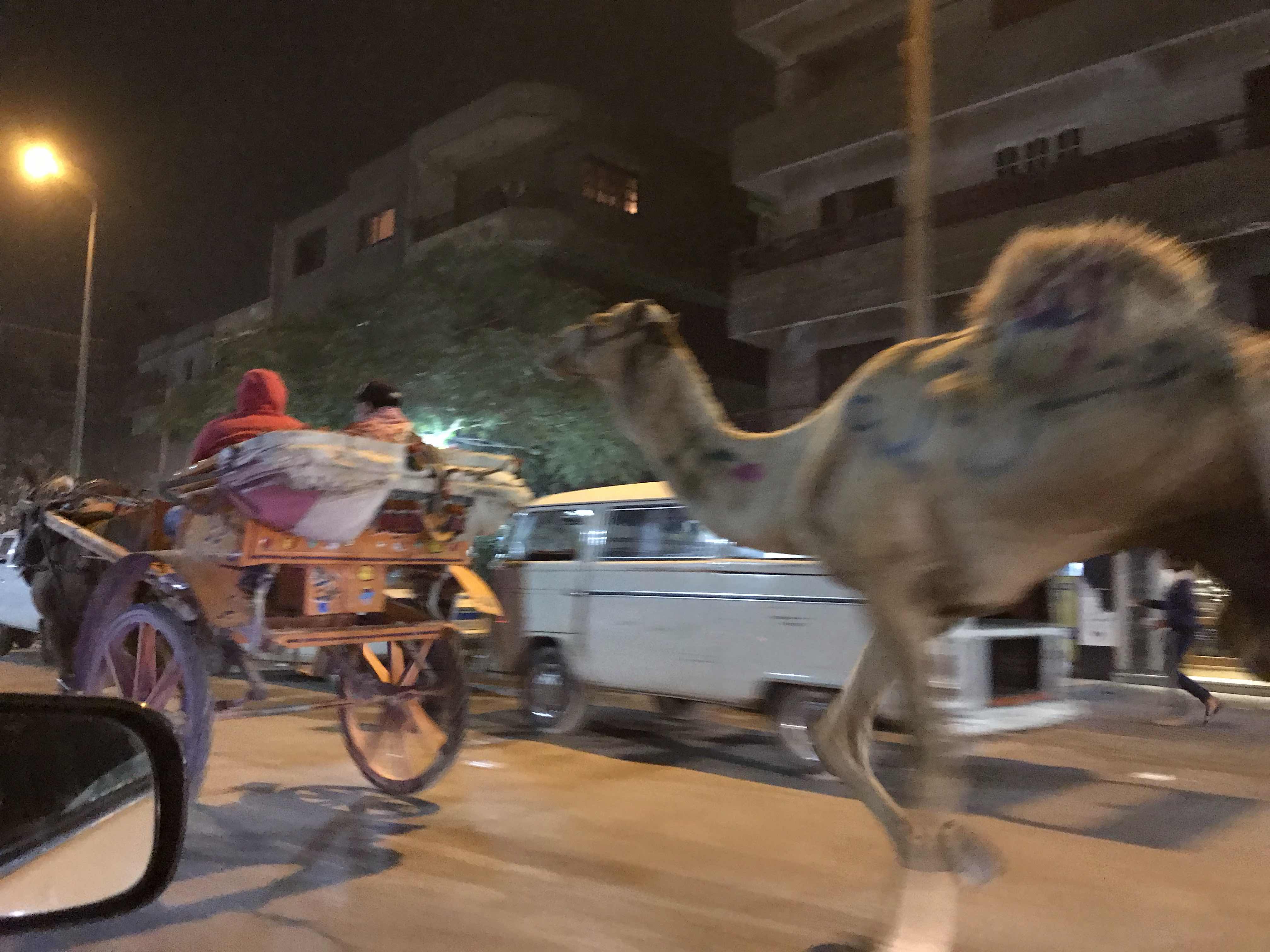 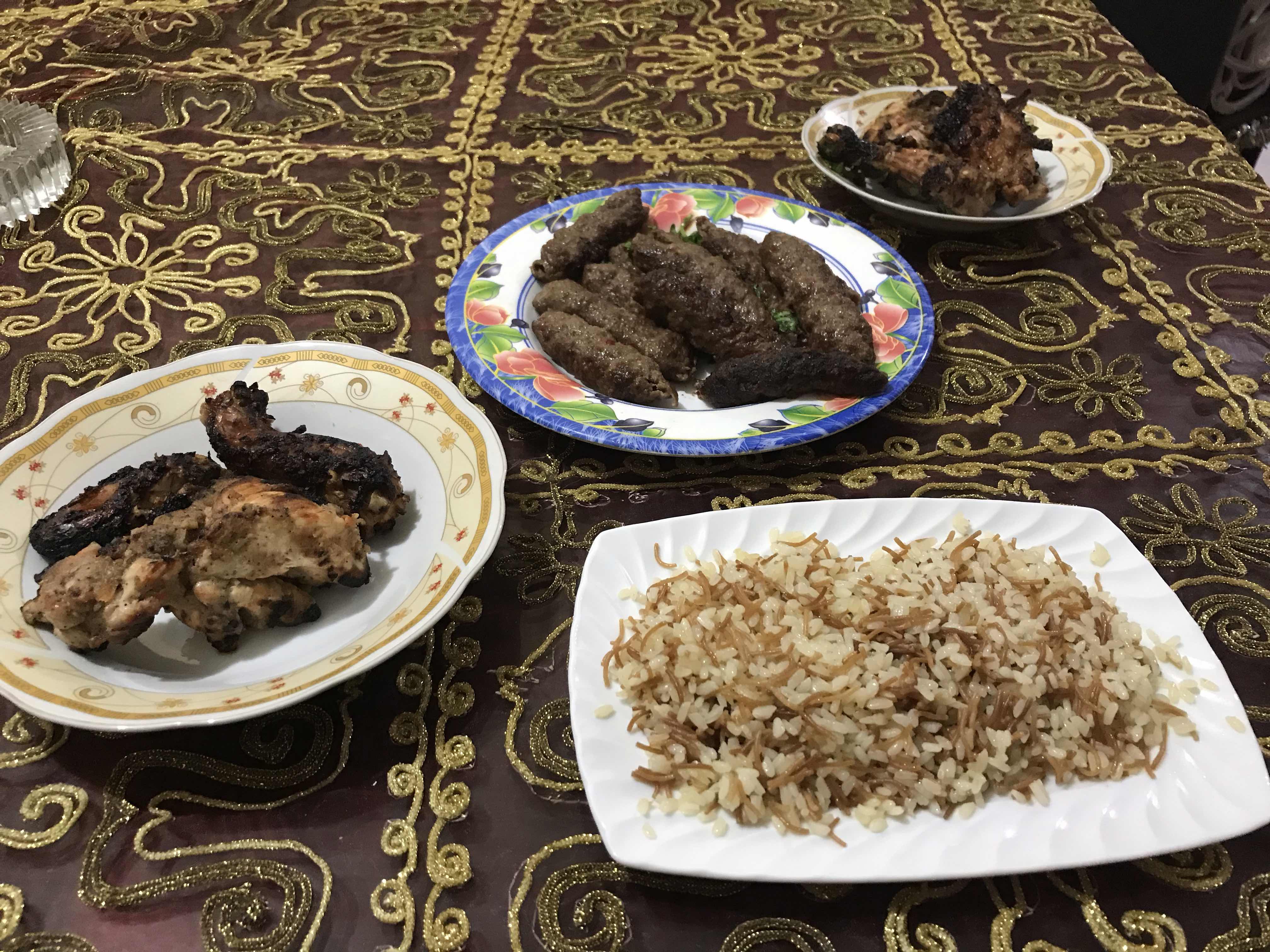