After my weekend in Saigon last week, I flew back to the Netherlands. The main reason for flying back home? TDA preparations! It is not possible for me to make all arrangements for the tour when i am in Vietnam, so last week was very important for me to get organized. I also have another two weeks right before the start of the tour to make all final arrangements.

So I arrived back at Amsterdam Schiphol Airport on monday during lunchtime. I used the rest of the afternoon at the airport to arrange a 2nd pasport and to get my first round of vaccinations. Before returning back to Vietnam I will leave my 2nd pasport at a visum agency that will then arrange all the required visas for me, while using my original pasport to return back to Vietnam. It took a lot of convincing and explaining (1,5 hours, while being quite jetlagged) to actually get my request for the pasport approved, but it was very much worth the effort. This 2nd pasport is going to make my life a lot easier. So i’m really very happy that I got it!
After that I continued to the Travel Clinic for my vaccinations. I already had quite a few of them for Vietnam, but now I’ve added Yellow Fever, Meningitis and Rabies , and finished my Hepatitis B. They’ve also provided me with a three week test run on Larium (anti malarial), to see whether it will put me into a psychosis or not. I guess that the next three weeks could potentially become very interesting…
After a turbulent afternoon at the airport I didn’t go home, but checked into a hotel so that the next morning I could fly to Geneva in order to attend a day full of meetings. I did a lot of flying last week, making me reach KLM/Airfrance Flying Blue Platinum status, so at least the  flight crew will be nice to me when flying back home from Cape Town in May 🙂

After an early start (7am flight), a long day of meetings and a late flight back (8pm) I finally arrived back home at my parent’s house (i sold my own place because i was not using it) tuesday night. Unfortunately I was just too tired to look at the stack of boxes that arrived for me and I had to catch up with my mum and dad a bit. Before I left for Saigon I ordered a lot of stuff online and luckily my mom and dad are very tolerant in letting me transform their small guest room into a TDA store room for two months. Sorry for that! (But very grateful as well!) Although I was really looking forward to the big unpacking of all my self-bought early Sinterklaas (https://en.m.wikipedia.org/wiki/Sinterklaas) gifts, I managed to be patient just a little longer.

Wednesday
I slept like a brick that night, but due to the jetlag woke up early. Because my parents were still asleep in the next room I really had to retain myself to not start ripping up boxes. I really felt like a small child 🙂 After my dad had left for work and my mum was up and running I started looking through the stuff, making sure that all clothing fits and to check whether everything was there. Together with my mum I put up the new tent in the living room, to see whether it had no defects. It was a fun morning!

So around nine the TDA storeroom had exploded (not only with TDA stuff, but also with my regular suitcase explosion) and I found myself in a rush to get to work for a Vietnam and Geneva debrief. After that I had lunch and caught up with some Dutch collegues and after that it was time for me to collect my new bicycle 🙂

I had ordered the bike the last time when I was in NL, some 7 weeks ago, so it was really nice to see the bike for the first time now! And I really like it very much! I like the color and I especially like that we were able to minimise the amount of branding on the bike. The frame doesn’t have any!

So after our first acquintance it was time to get me fitted properly on the bike. They put me on a fitting bike and made sure I was in the right position. After that they scanned the fitting bike into the computer, which generated a whole list of measurements which then could be used to make some final adjustments to the actual bike. We swapped out the stem for a shorter one and we also decided to use different earobars which will allow me grab the handlebars in the middle as well, because that’s a comfi hand position for me. In the process of adjusting the bike we ran into quite a number of interesting people, among which another architect who is also working on projects around the world, always taking his bike. There also was a guy who just returned from cycling all the way to Singapore. And there was this guy who just very much liked the look of my bike and was very interested in the Tour. So I had a great day!

I like naming my bikes. My first bike was Ezel (donkey) named after Donkey from the movie Shrek, which was a very simple Trek fx7.2 which I used to ride to Paris and Rome. After it got stolen from me I replaced it with my current Vietnam bike: a Specialized Awol which is called Smurf because of its Smurfish blue accents (which I actually never liked) which took me through England, Begium, France, Spain and of course Vietnam! This bike was already way less simple and much more purpose built than the Trek and it always behaved well, so in someway its sad to have it just replaced.

Anywayzzz…. I’ve decided to christen my new bike Posh, because its just that: a posh bike. Its my dream bike which I will be taking on a dream trip and I feel very spoiled. In a strange way it also puts some pressure on me. Many people cycle the world on very plain bikes which are way less fancy. How stupid would it be if I fail on a bike as posh as this one. Lets hope that it will not be the case and that the pressure will wear down in due time…

So I drove the bike some 5km home through the wet and dark autumn evening and then had to do a little more work on Geneva. After finishing that I found the exploded TDA storeroom waiting for me, which I had to organize before being able to go to bed because the bed was covered with TDA explosion debries. Again: great day!

Thursday
I had to go to Schiphol again (because i still feel i don’t visit the place enough) to collect my 2nd pasport. And what better way then to travel there by bike! So I took posh on her maiden voyage (first time that one of my bikes feels like a she, which is a bit awkward i guess. And stereotypical. Really hope that “she” is not going to give me an attitude… which is even more stereotypical). It was a really nice autumn day with beautifull blue skies and colored leaves and flat polders, so perfect to be on the bike. I rode some 120k and it felt good. The posh bike feels just really solid, with comfi wide tires and optimal geometry and ergonomics. I was a happy cyclist today and I’m really looking forward to riding this beast all the way through Africa! And the 2nd pasport is now officially obtained! 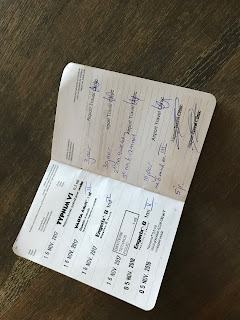 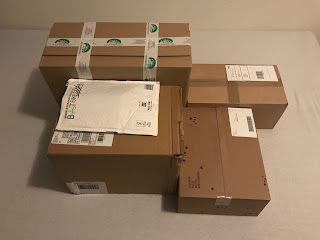 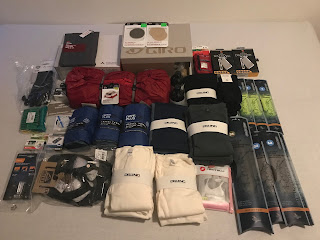 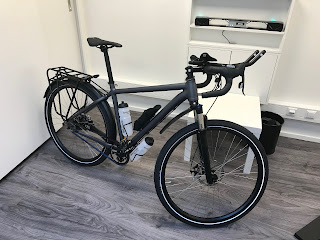 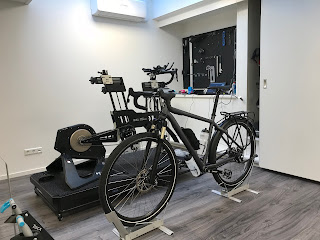 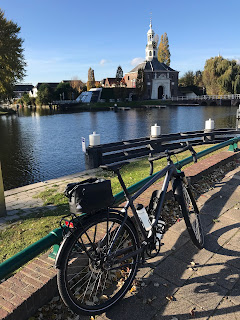 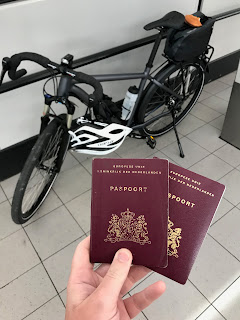 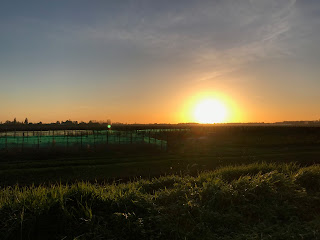