The nice thing about working for an international engineering firm, is the different places you get to visit. This weekend I’m in Ho Chi Minh City for work and because I had not seen this city yet, I flew in a day early, took a day off and explored the city. By coincidence, the hotel that I’m in is located across the street from a very decent bikeshop, which also rents out bikes. So instead of taking a taxi or a motorcycle across the city, I rented a bicycle 🙂 (pure coincedence! Not planned at all!!! Its True!)

So I did the basic touristy stuff. Looked at the French colonial cathedral, post office, city hall, opera house… But when I was taking a picture of city hall, a young lady on a motorcycle pulled up next to me and introduced herself as Euvy (probably not spelled correctly) and told me in proper English that she was an English teacher. She asked me whether I was interested in assisting her in one of her classes, because her students had never talked with a real foreigner before. The class would be held at 6pm somewhere in one of the suburbs of the city. Because I felt I would be done with my city exploration quite soon (Ho Chi Minh City is a nice chaotic city, but thats more or less it…) and because I felt this could be an interesting opportunity to interact with some locals, I agreed 🙂

Euvy would pick me up at 5pm at the spot where we met, and I continued my sightseeing. Lunch at the 51st floor of the Bitexco building. Passing by the Reunifaction Palace. Stroling through the War Remnants museum, which just made me sad (Vietnam has such a sad history, for all the wrong reasons… it makes me appreciate the people so much more, because you never hear them talking or complaining about it. They are so optimistic and ambitious). After all this sadness I ended up at a bar, drinking banana smoothies.

At five I was at the spot where I met Euvy and like agreed she picked me up on her motorcycle. She then took me on a 1 hour drive through crazy HCM rush hour to the English Learning Center, and showed me the highlights of Saigon (thats right, she consistently called it Saigon and not HCMC, which surprised me a bit). At the English learning center I met her students, and we just talked. About very easy stuff. In what kind of house do you live. Do you have brothers or sisters. What would you like to be when you grow up. Stuff like that! And this was already very challenging voor Euvy’s students!

We finished after 1,5 hour. Euvy then took me to here place, gave me a drink and quickly changed clothes. It was really nice to see her house! She then took me around town on her motorcycle again, showing me the highlights at night. She even taught me how to ride myself and how to use the gears (which i had never done before :-)). Fact is that Euvy was really very gratefull. Her students pay about 20usd per month for the English lessons. If she would want to hire a foreigner for teaching through an agency, she would have to pay three hours (2hours for travelling and one hour for the actual lesson) amounting to about 60usd. She now and then askes touristis to come in, but apparantly not that many do…

I’m very happy that I did. Making memories. I helped some people out and had a great time myself as well 🙂 We finished the day with some dinner and then we said our goodbeyes! I then had to cycle back to my hotel at the other side of the river, arriving back at 1130. I took a quick shower and then slept like a rock! Feeling very satisfied! 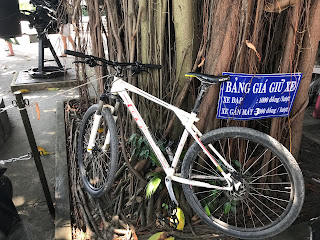 My companion for today! 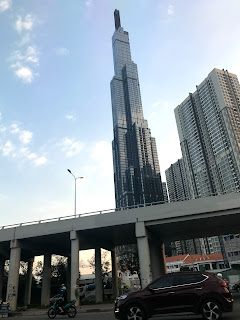 On my way out, passing by Landmark 81, recently completed highest building in Vietnam. With 462 meters higher than the Sears tower in Chicago. 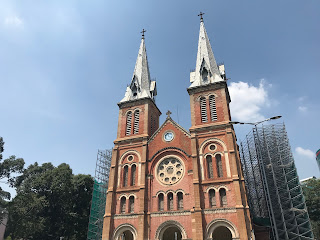 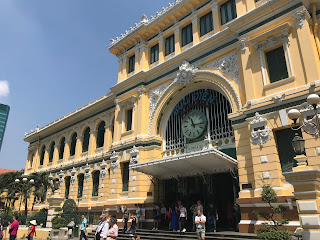 And right next to it the French colonial post office. 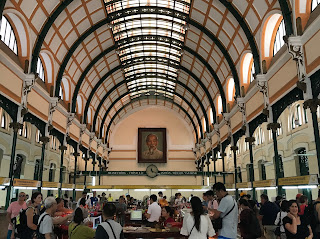 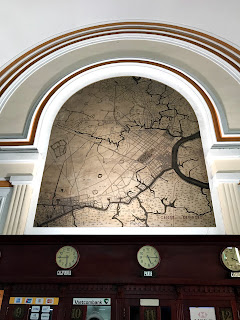 I like maps. Especially old maps, showing places how they used to be… 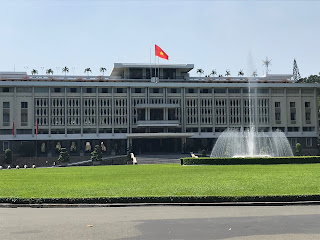 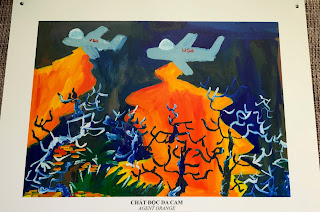 This just makes me sad. Paintings by children on the US use of defoliage Agent Orange. 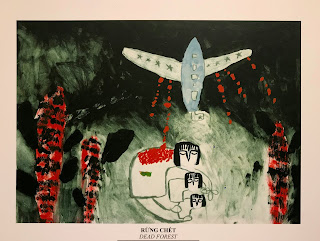 What kind of kid should ever have to feel things that make him or her paint this? 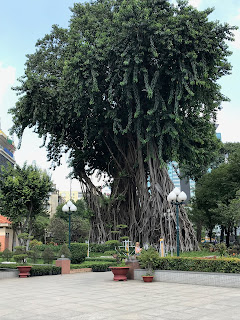 Insane tree in the middle of the city… 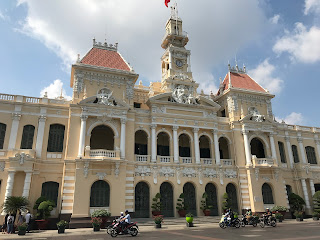 City Hall, the exact place where I met Euvy! 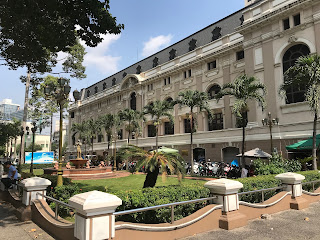 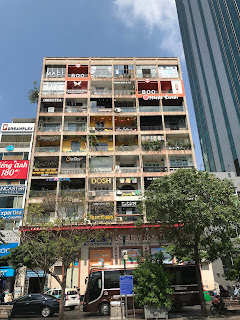 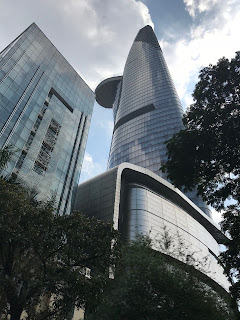 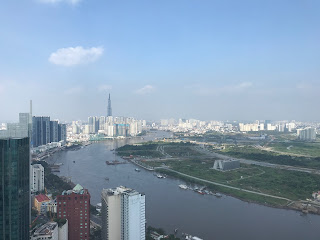 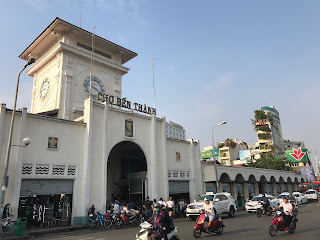 Passing by the market… 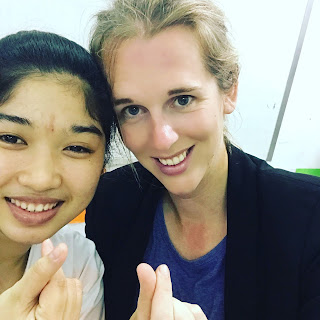 Me with one of the students. Hating the light. Looking skinny and tired and sweaty 😦 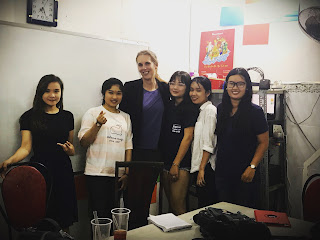 The class! Euvy is on the right! 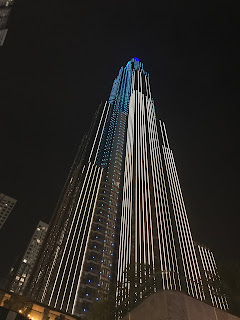 Great day! Ending it with a nice view on Landmark 81! Slept rock solid….