Yesterday was new years eve, but I fel asleep at around 830. At midnight I was woken by some fire works, which sounded very loud between the mountains. So my new years eve was quite uneventfull…

This morning I had some trouble to find the receptionist and get my passport back, so I only left at 0800. The day started out pretty good, with a nice gradual descent on a recently paved and smooth road, through a landscape dominated by these limestone spikes that were covered in an early morning haze.

Unfortunately the recently paved and smooth road only lasted for about 15km. After that the road turned to mush, with rocky bits in it. Riding this road was terrible, and it lasted for some 60km. On top of this, the climbs (which were not that high) were insanely steep, making the ride into a true torment. Mental note to self: just ride the yellow roads from google maps while riding in Vietnam. Avoid the white roads. Today was a true assault on my body. I think that there isn’t any part in my body left that currently doesn’t hurt.

The scenery and the Vietnamese people are still mindblowing. Lots of high fives, hellos and happy new years today. The Ban Gioc waterfalls are pretty nice, but after being off the beaten track and experiencing authentic Vietnamese rural life for the entire day, it was quite strange to end up at this very touristic place.

I’ve only done 87km today, with about 1550 meters elevation gain. The place where I’m sleeping tonight is this very nice homestay. I’ll sleep in some kind of barn, with 20 beds in it. And the shower and toilet are outside and don’t have a roof on top. So it’s just these foor walls and if you look up you see the sky 🙂 It’s just very basic. I like it. I like it a lot! Might be that I stick around here tomorrow… 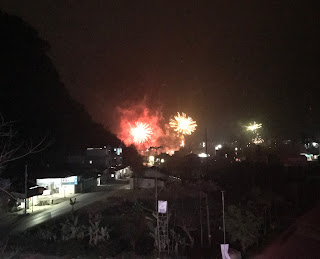 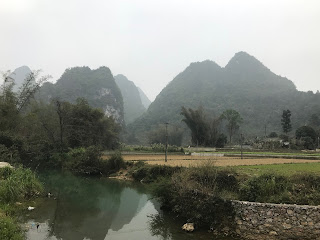 Where are the dinosaurs. It’s like the casuaries and crocodiles in Australie. They must be there somewhere, but somehow you never see them… 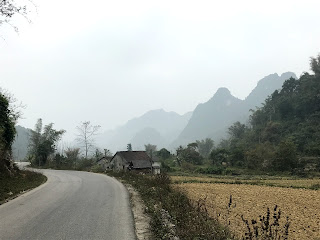 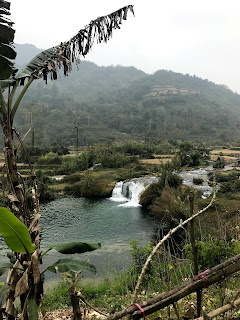 Preview on the big waterfall! 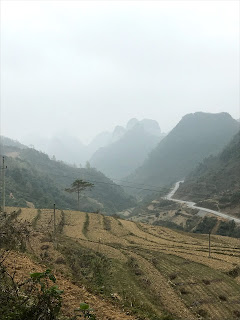 The ascents were really steep today. 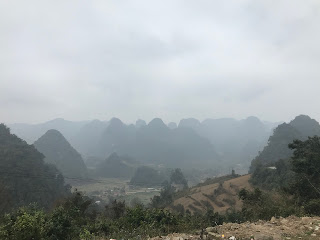 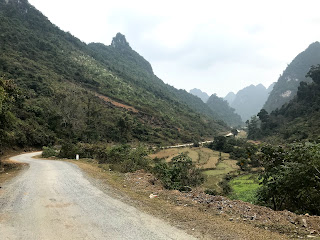 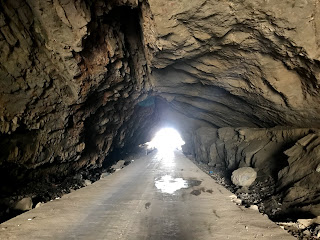 The only way to leave the land before time was by tunnel. 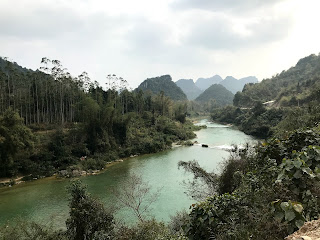 And then there was the river I was looking for! China is actually on the other side. So close! 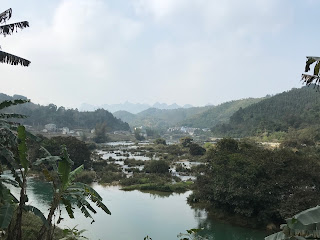 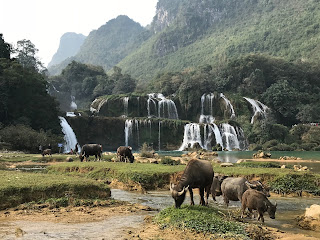 Als beautifull, but this one also very touristic this one… 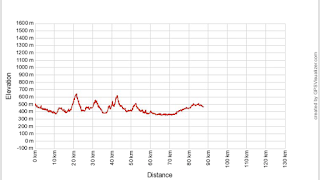