Day 1! The day started a bit hazy and with an overcast sky, adding to the already grey and pale appearance of the scenery. I’ve left this morning at 730 and left the busy roads of Halong behind me quite fast, replacing them with a road through rural area which was frequently and violently disrupted by the construction of the new express way between Hai Phong and Van Don. After about 30km I could also leave these frequent construction sites behind me, after which there remained only the many high tension power lines as a reminder of the large city that was still nearby. Gradually the power lines disappeared from the landscape and after about 40km I was making my first climb on an empty mountain road, with only a limited amount of scooters and barely any cars passing by. This was exactly the reason why I chose to head north!

It’s a lot of fun cycling through Vietnam’s countryside. The little children seem to be without any care, running around on the road and they all want to say hello en give high five’s. I’m quite the exotic sensation in every village I pass so people are continuously waving and calling out to me. Some Vietnamese on scooters rode along with me a bit and during lunch somewhere on the top of a hill I had quite an interesting conversation with a young guy. I didn’t know what he was saying and as I was speaking Dutch so I’m also quite certain that he didn’t know what I was saying, but it was friendly 🙂

I ended my ride today in a little village called Đinh Lập, which is at the crossing of two through roads and is very small. The maps that I have didn’t show any accomodation, let alone that booking.com offered a solution. In the end I found an address and phonenumber of a guesthouse on a Vietnamse website and had our team’s assistant call them to see whether they actually existed. It turned out they did and our assistant imediately placed a reservation. Nevertheless I was quite excited today to find out where I would end up for the night. With the help of some locals and the address I was able to find the place. And actually it is pretty nice! The room is clean and there is even wifi, which I guess was the last thing I expected. I really was ready for the worst, so this is a real bonus. @Huyen, thanks again for all your help organizing this trip!

Today I rode the longest distance that I have planned for this trip. 122km and 1513 meters elevation gain. Tomorrow I will ride the shortest distance, only 69km. This is due to the fact that accomodation is quite sparse in this area, so I had to choose between a very long trip or a relatively short trip. And as I’m cycling through actual mountains, I didn’t feel like pulling a 180k. So tomorrow will be easy 🙂 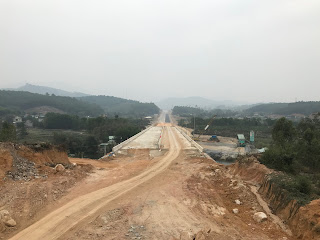 The new express way from Hai Phong to Van Don. 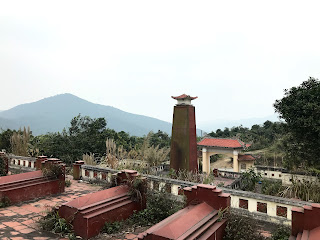 A cemetery at the top of my first climb. 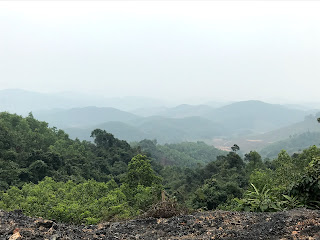 It has been a bit hazy throughout the day. 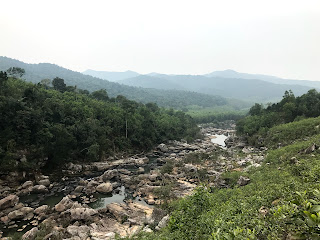 After some 40km’s I truly escaped the hassle of the city. 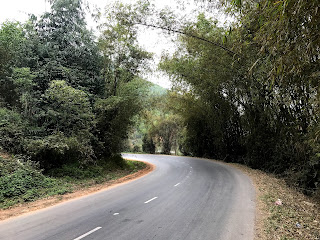 Riding under arches of bamboo. 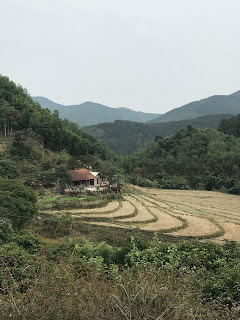 I think these are dry rice terraces. Could be something else though.. 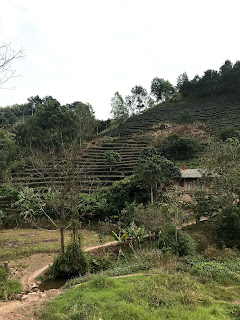 And I think this is thea. But again, could be something completely different. 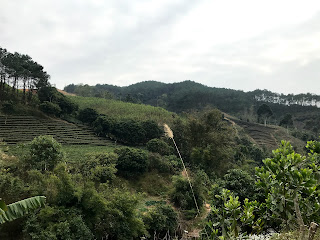 The landscapes became nicer and nicer… 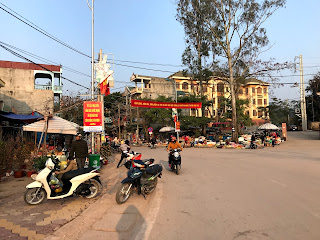 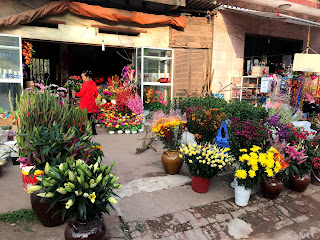 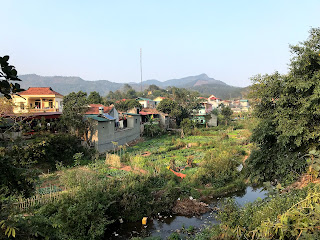 And at the end of the day all clouds disappeared! 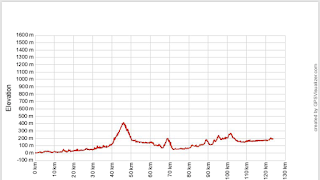