Oke so my little scheme worked! I succesfully bypassed about 32km of the route that I orriginally planned for today by crossing the lake with the boat. At the other side of the lake I found a perfectly good and flat road that led to the main road! I’m so clever 🙂

Once I crossed the lowest point the road kept indulating up and down, driving me crazy and making it impossible for me to find a nice rithm. In the end I made it to the top of the second ascend, 1150 meters elevation gain in only 45km. By that time I had spend 4,5 hours riding. I let you do the math on my average speed today yourself. Furthermore, after this 45km I was just famished and starving for more food. Taking in enough food just really is a problem here. I’ve been more or less starving since I arrived here in Vietnam, with all the running and cycling. Food is just to fatty and to low on carbs. Despite all this I did quite oke untill now, but this afternoon all reserves just felt depleted. Even though I’ve been stuffing myself with high calorie stuff such as dried fruit, some oatmeel bars and nuts.

While I was resting at the top of my 2nd ascend, a local bus worked its way up the 20% incline. As I guessed that the road would keep going up and down during the last 23km of today’s ride as well, I decided to hitch a ride. I waved and the bus stopped. We hoisted the bike into the bus and I climbed over some Vietnamese to reach the backseat. And that’s how I ended up only cycling 45km today. On the one hand it feels a bit like quiting. On the other hand I think it’s never stupid to listen to your body. And I’m on holiday, so it should stay fun as well 🙂

The next two days appear to be a bit flatter. Let’s see whether that’s really the case! 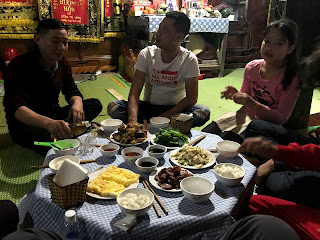 Yesterday evening there were no other tourists left, so i had dinner with the hotel owner’s family 🙂 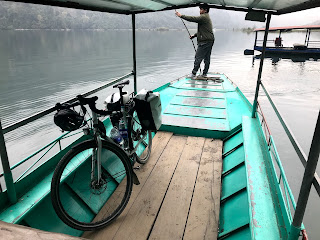 Together with Smurf on the boat… 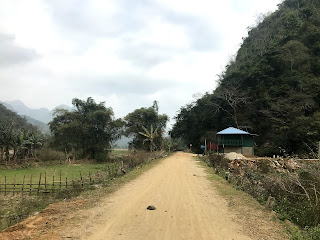 And the trick paid off! A flat smooth road leading to the main road! 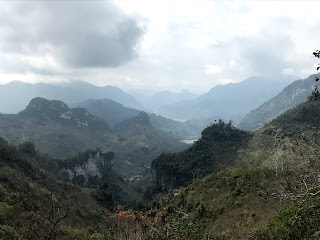 And that road was followed by an insanely steep road… 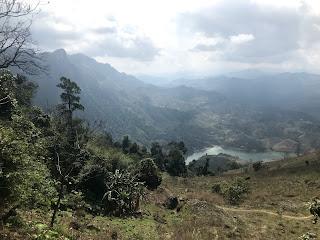 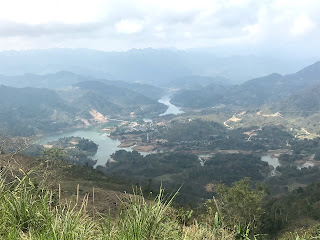 … leading to this reservoir. 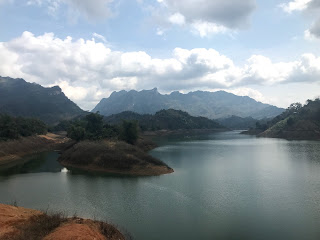 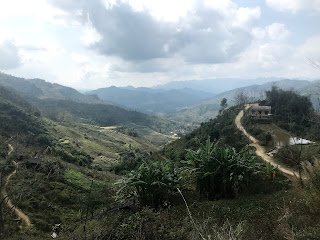 The views are still really nice. 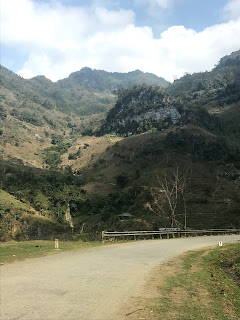 But it requires soooo much effort… 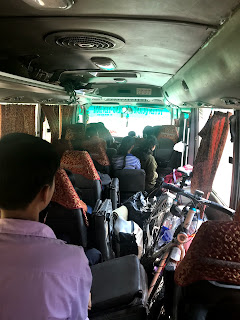 So I decided to let a bus do some of the work. 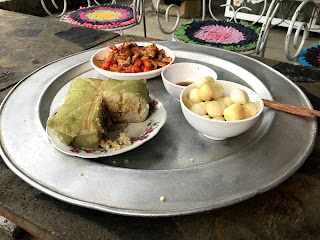 So I could get some dinner! 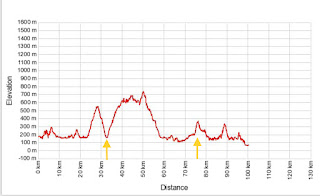 Today’snelevation. I only rode the bit between the yellow arrows. Probably not my best day. Still 1150 meters elevation gain in some 45km. Took me 4,5 hours on the bike (stops excluded). Average speed was at an all time low…